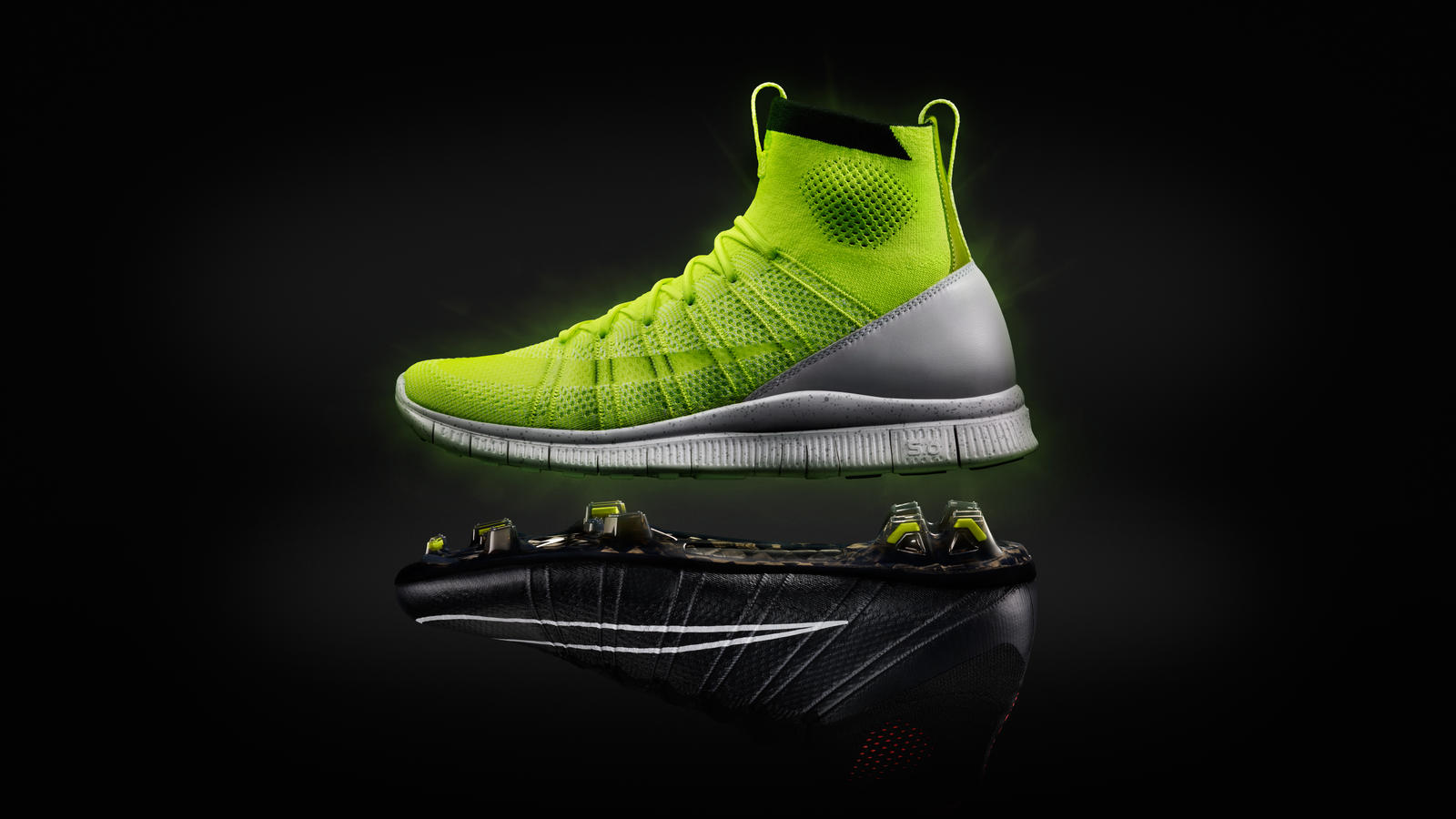 Preserving the boot’s performance benefits of fit, heightened sensation and natural motion, the Nike Free Mercurial Superfly by HTM addresses the rigors of everyday wear. To capture the aesthetic language of speed and style associated with the Nike Mercurial design ethos, it retains a lightweight Nike Flyknit upper. Similar to that of the Mercurial Superfly boot, the upper boasts a sock-like fit and high, integrated ankle cuff that eliminates distraction and enhances reaction.

The Nike Free Mercurial Superfly by HTM arrives in Volt, with a White sole, on July 12 at NikeLab destinations around the world and on nike.com/nikelab.