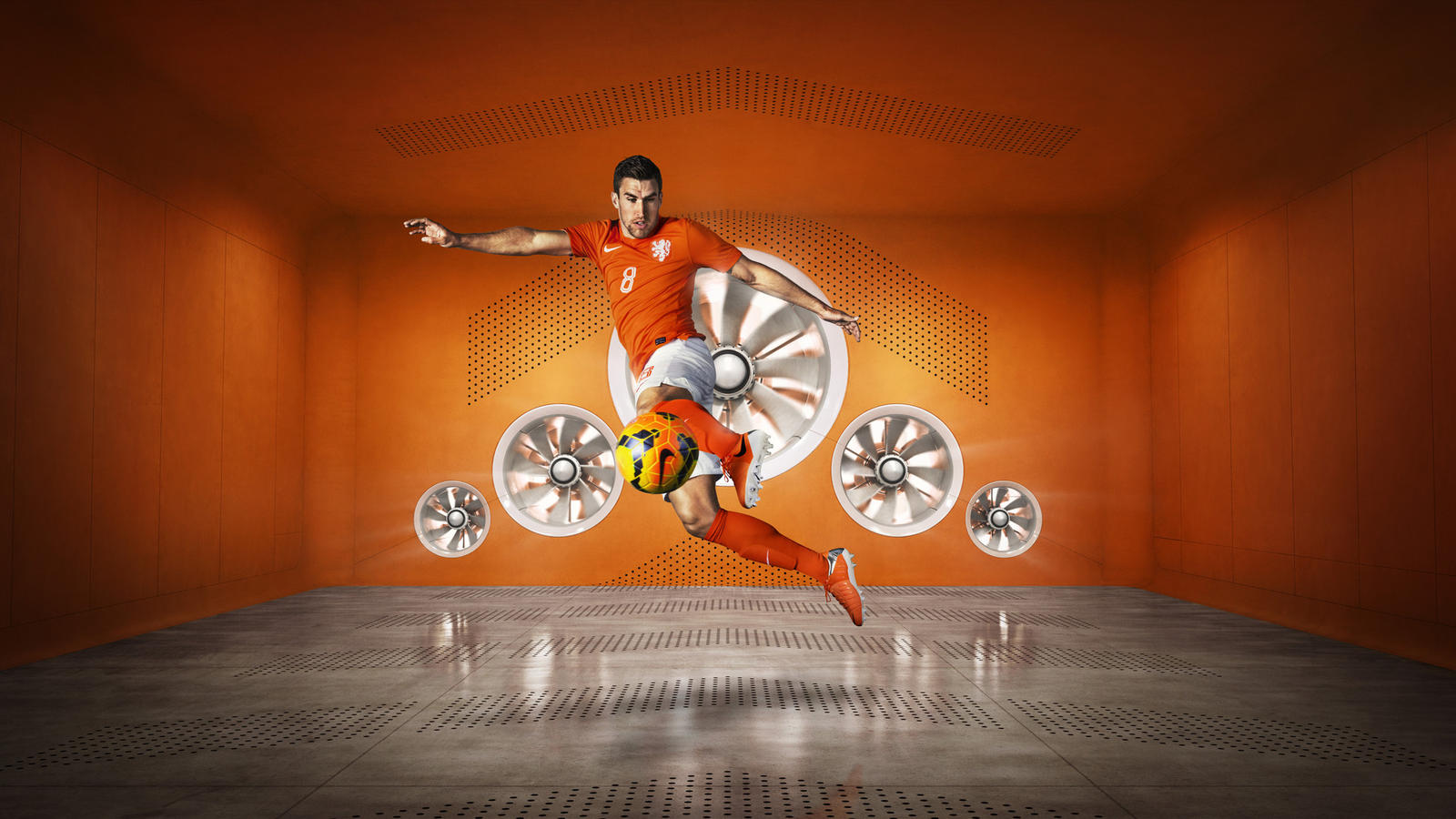 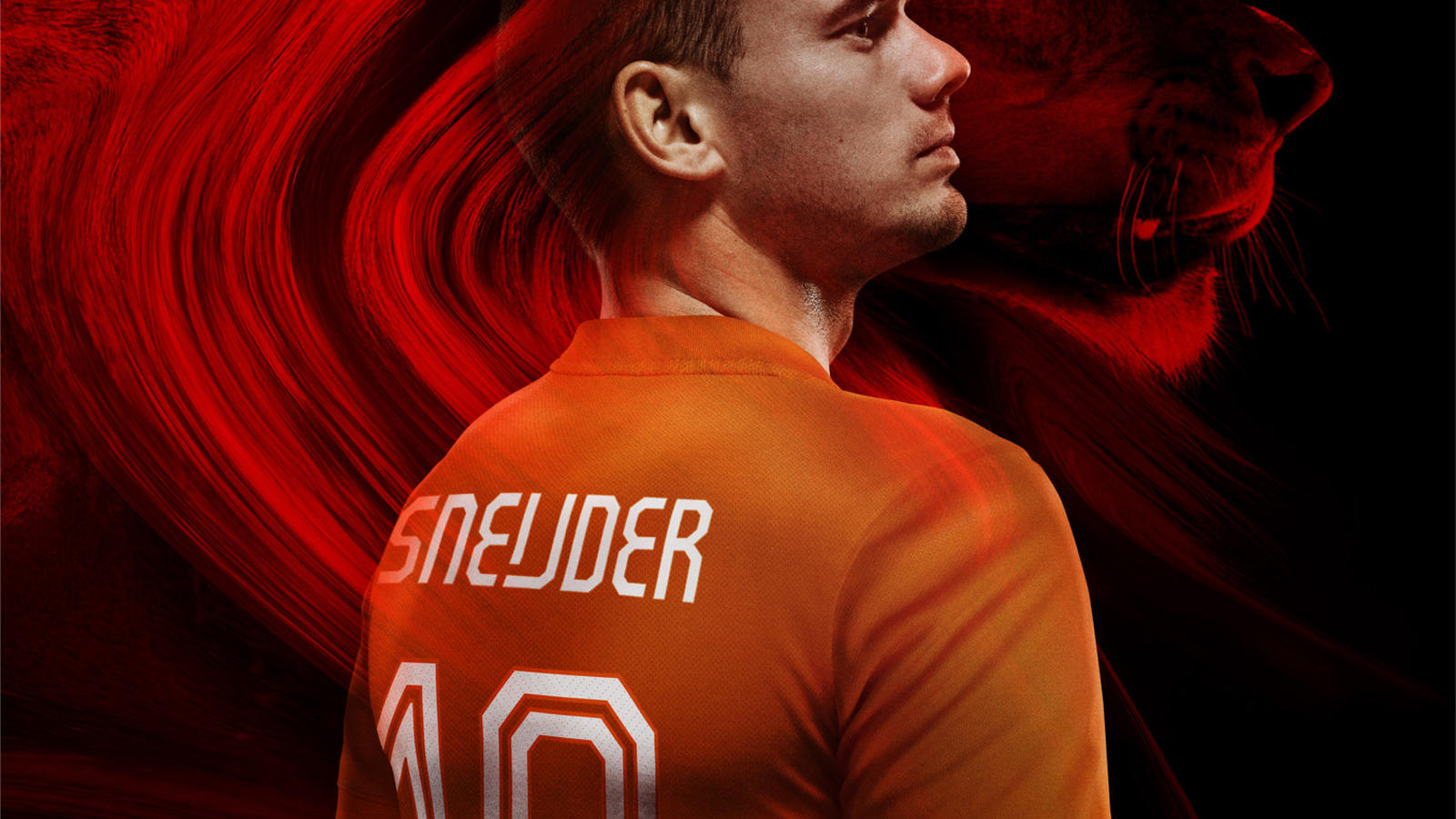 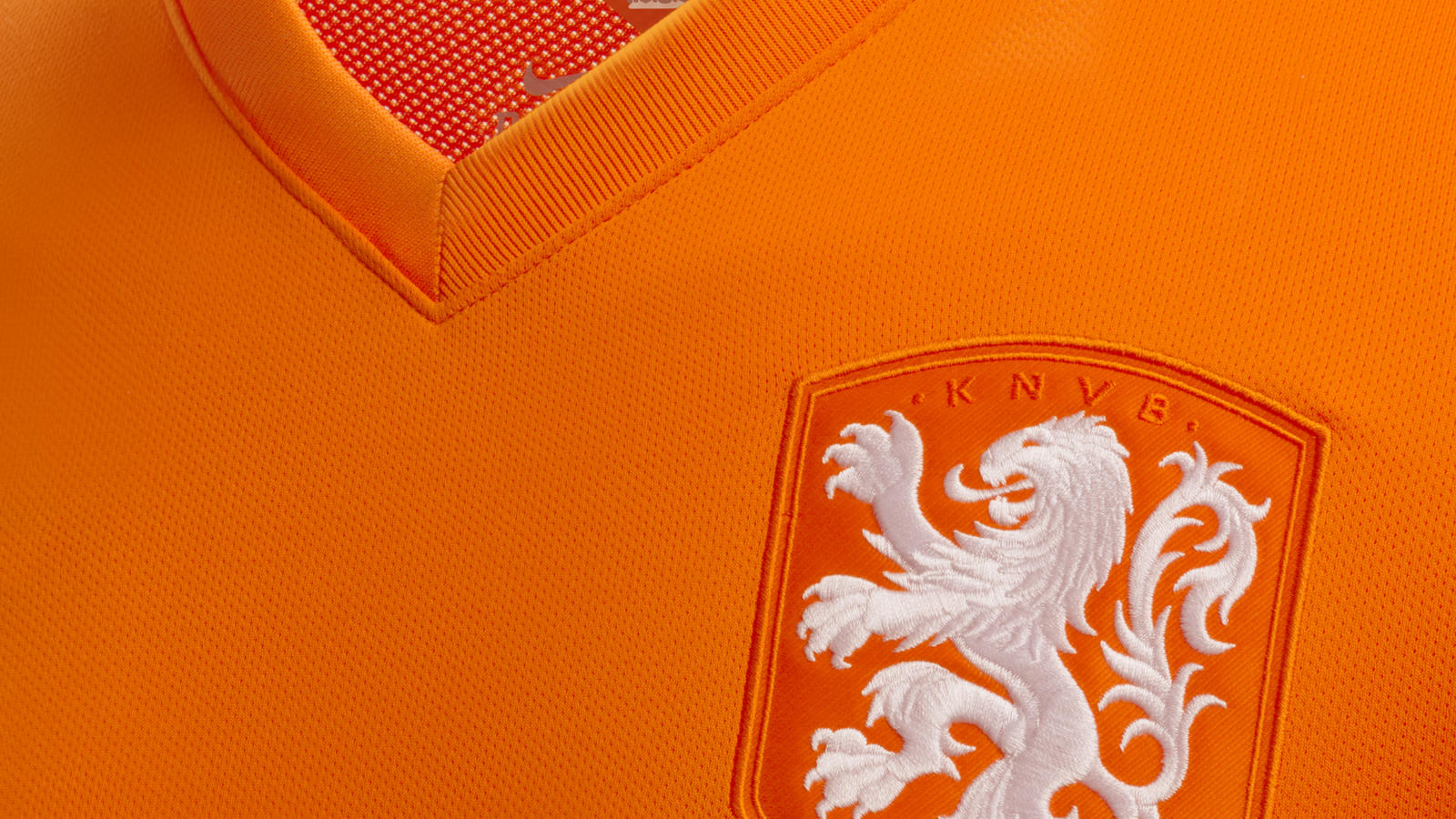 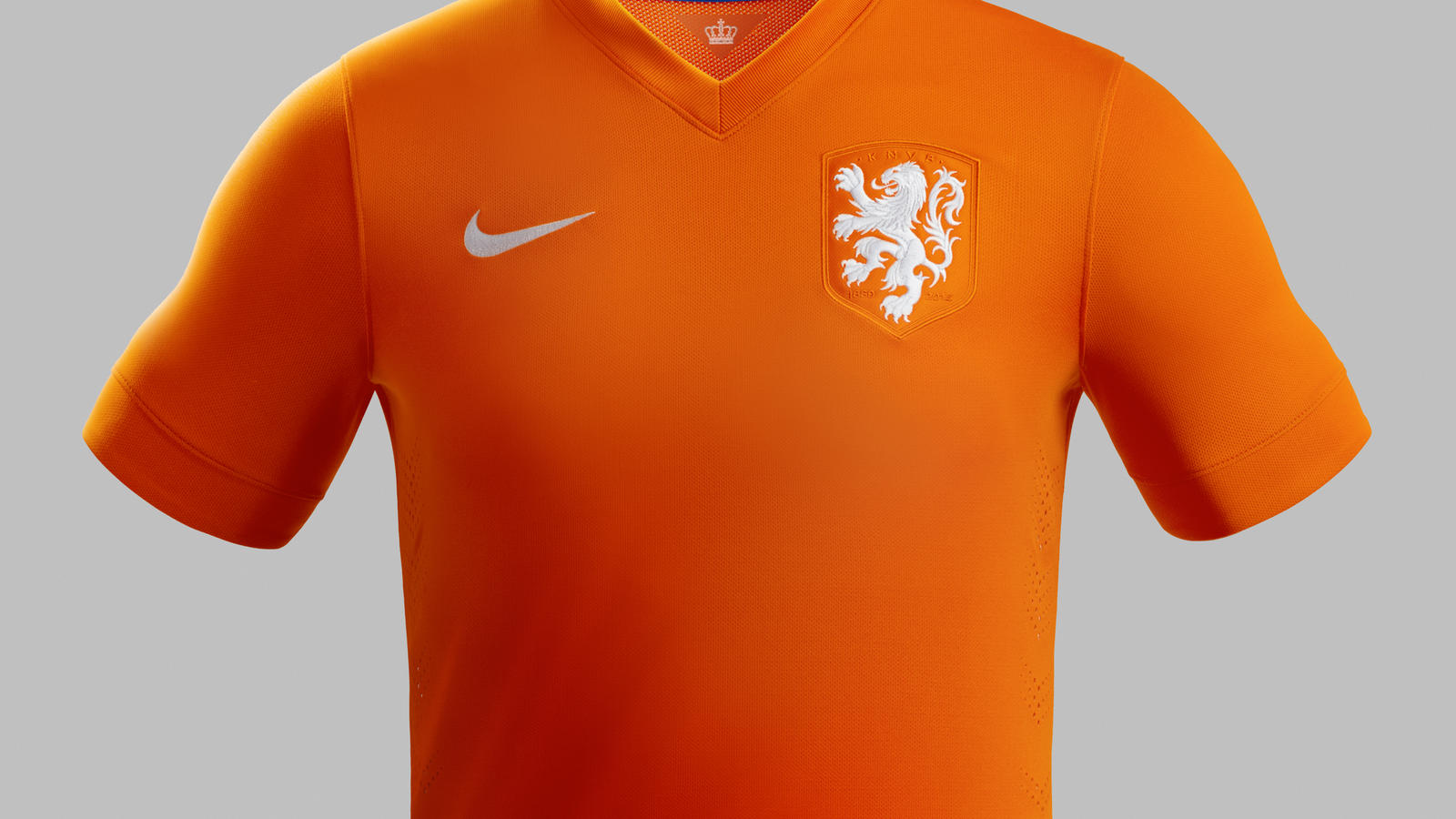 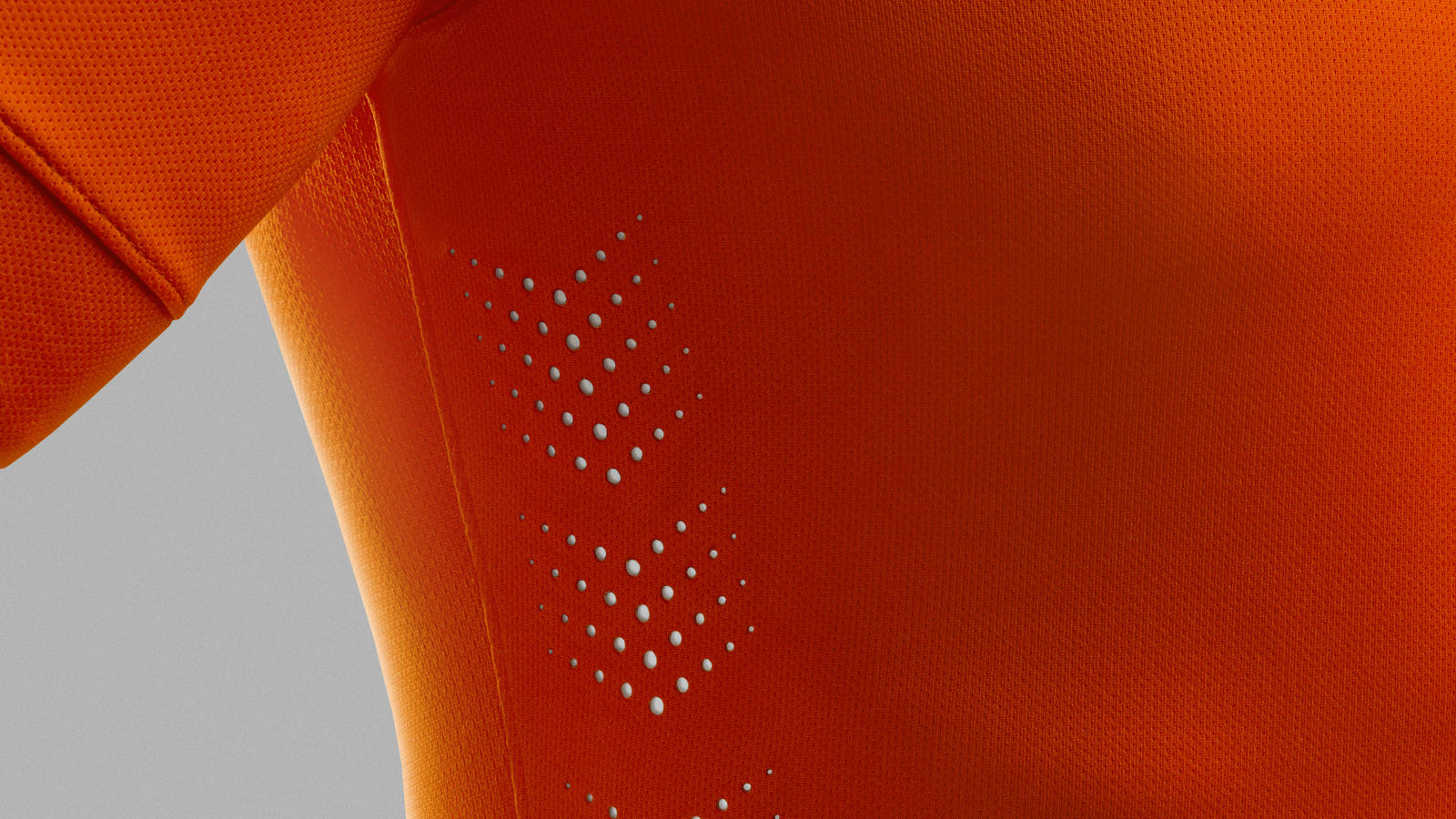 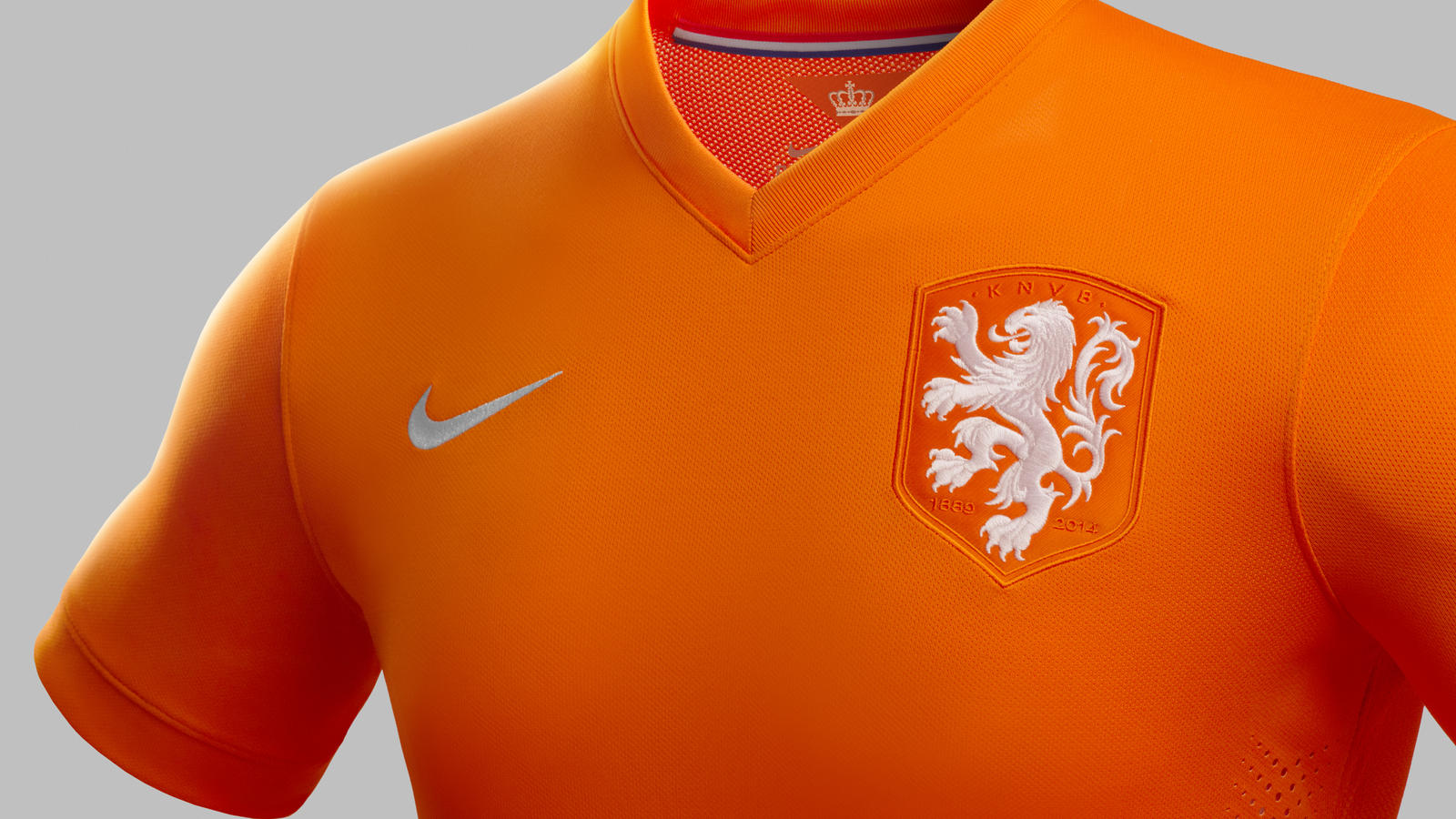 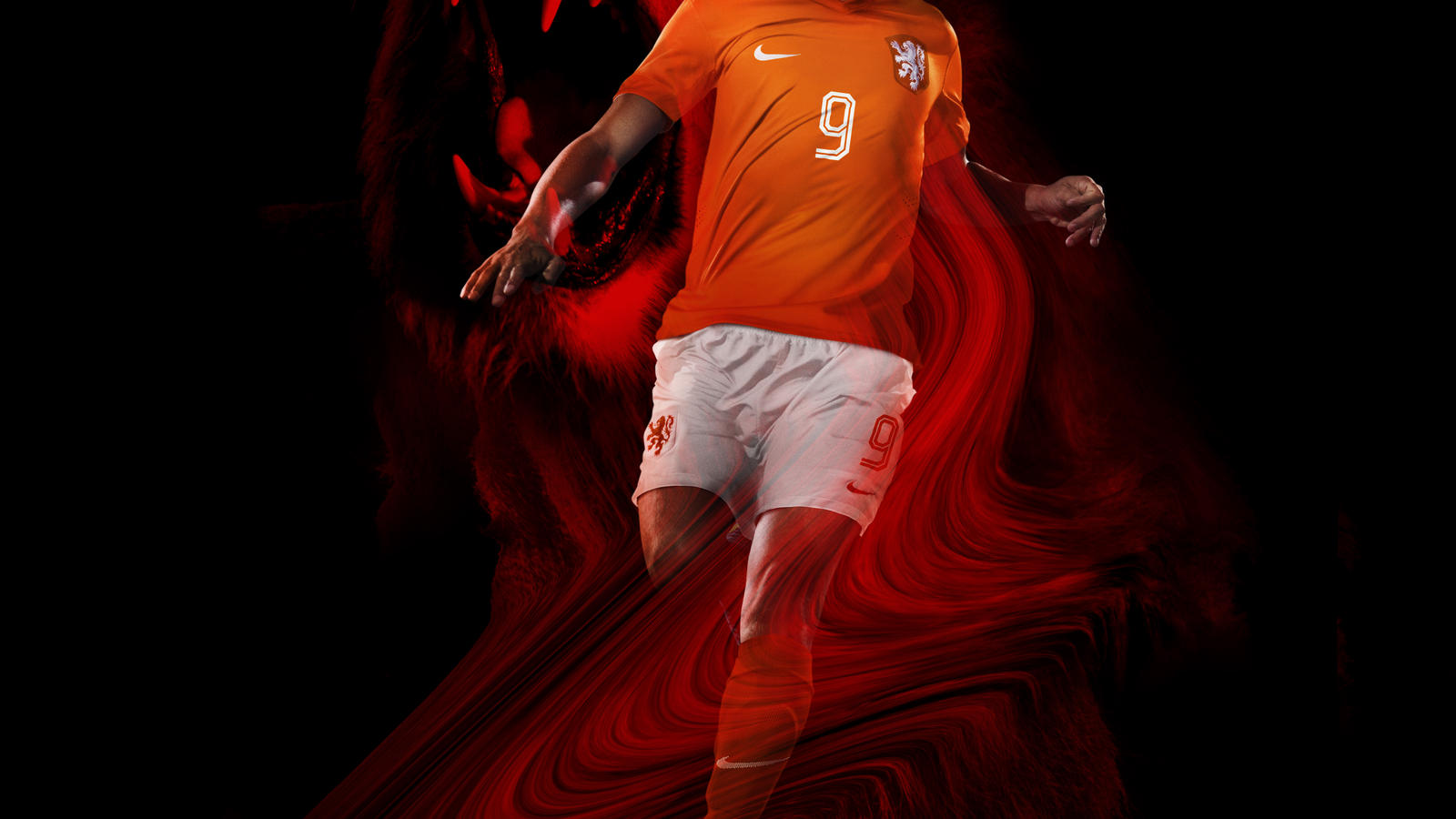 To celebrate the 125th anniversary of the founding of the KNBV (Royal Dutch Football Association), the 2014 jersey sports a striking new crest. This features an enlarged white lion to symbolize a new era in Dutch football and the team’s core values of simplicity, honor and unity.

“We wanted to mark this historic moment for The Netherlands with a new kit and a new crest that celebrates the past, but also represents the start of an exciting new period for Dutch Football,” said Martin Lotti, Global Creative Director, Nike Football.

The lion has been used on The Dutch kits since 1907. In the 1960s and '70s, it was shown as large and free, but in black, while in recent times, only its head has been shown wearing a crown. For 2014, this proud and rampant lion is white and larger to represent the pride of Holland and the unity of its players.

The new Dutch jersey is in traditional orange with a modern V-neck collar, and provides a classic and clean canvas on which to showcase the new crest.  Beneath the crest is the Royal Dutch Football Association’s founding year of 1889, along with 2014 to commemorate its 125th anniversary.

The kit design is restrained, but hidden inside the cuff is white trim, which can be turned out to suit individual player preferences. Inside the back of the neck is an orange pennant tab showcasing the crown that sits upon the lion’s head on the Association’s own crest.

Nike also collaborated with the legendary Dutch graphic designer and typographer Wim Crouwel to create new names and numbers. Crouwel used the back of the Dutch home jersey as a canvas to specially create a modern font, which also possesses a retro aesthetic. The lines inside the numbers are reminiscent of the numbers famously seen in football in the 1970s. To lend a further stamp of authority, each number also houses a small Royal Dutch Football Association crest at the bottom.

Dutch player Kevin Strootman, said: “The new 125th anniversary kit captures our unique football heritage perfectly, and the new Lion crest celebrates the pride we have as a team to pull on the jersey and represent our country.”

Simple and iconic, the new shorts are white and feature a slimmer and more tailored fit. Based on fit research the cut is specifically designed to aid movement and comfort. The center back of the shorts feature Nike’s signature laser vents to aid in cooling and allow for moisture management. The new home socks are also orange.

The kit aids performance by helping regulate player body temperature over the course of a match. By using a combination of Nike Dri-FIT technology, mesh panels and laser-cut ventilation holes, designers are able to localize cooling where players need it most.

Nike Dri-FIT technology pulls moisture away from the skin to the outside of the garment where it evaporates quickly. Laser-cut ventilation holes and engineered mesh in key areas allow for increased breathability and airflow across the skin.

In addition to helping players stay cool, the kit is made with a new dual-knit fabrication that incorporates cotton and recycled polyester for the best in moisture-wicking properties, while adding a softer feel and more flattering shape.

The Dutch national team home kit is now available in Nike stores and on nike.com to pre-order from March 3 and on sale from March 4.