This Year, NBA PEs Will Be Wilder than Ever. Here’s a First Look for Opening Week

In early September at Nike’s World Headquarters in Beaverton, Ore., nine players in the NBA and WNBA’s rookie and sophomore class arrived for a custom design session with NikeiD. The purpose was to design their opening-week kicks for the 2018-19 season, infused with whatever personalized flourish they wanted.

The timing couldn't have been more serendipitous. The Association had decided just that week to loosen its rules on shoe colorways. Players are now allowed to wear shoes of any color, at any point during the year, pending the approval of a player’s respective team.

Just like that, the customization session became more than an imaginative exercise, but an opportunity to let loose on opening-week shoes for what will be a wild season in PEs.

“I think it’s dope that the League is letting us wear different colorways this year,” says Golden State Warriors power forward Jordan Bell. “For me, It’s like the NFL giving their own players freedom to celebrate. Players can let their style and swag show while also telling a chapter of their story with each pair of shoes.”

See below for the opening-night NikeiD footwear from the visiting rookie and sophomore players. 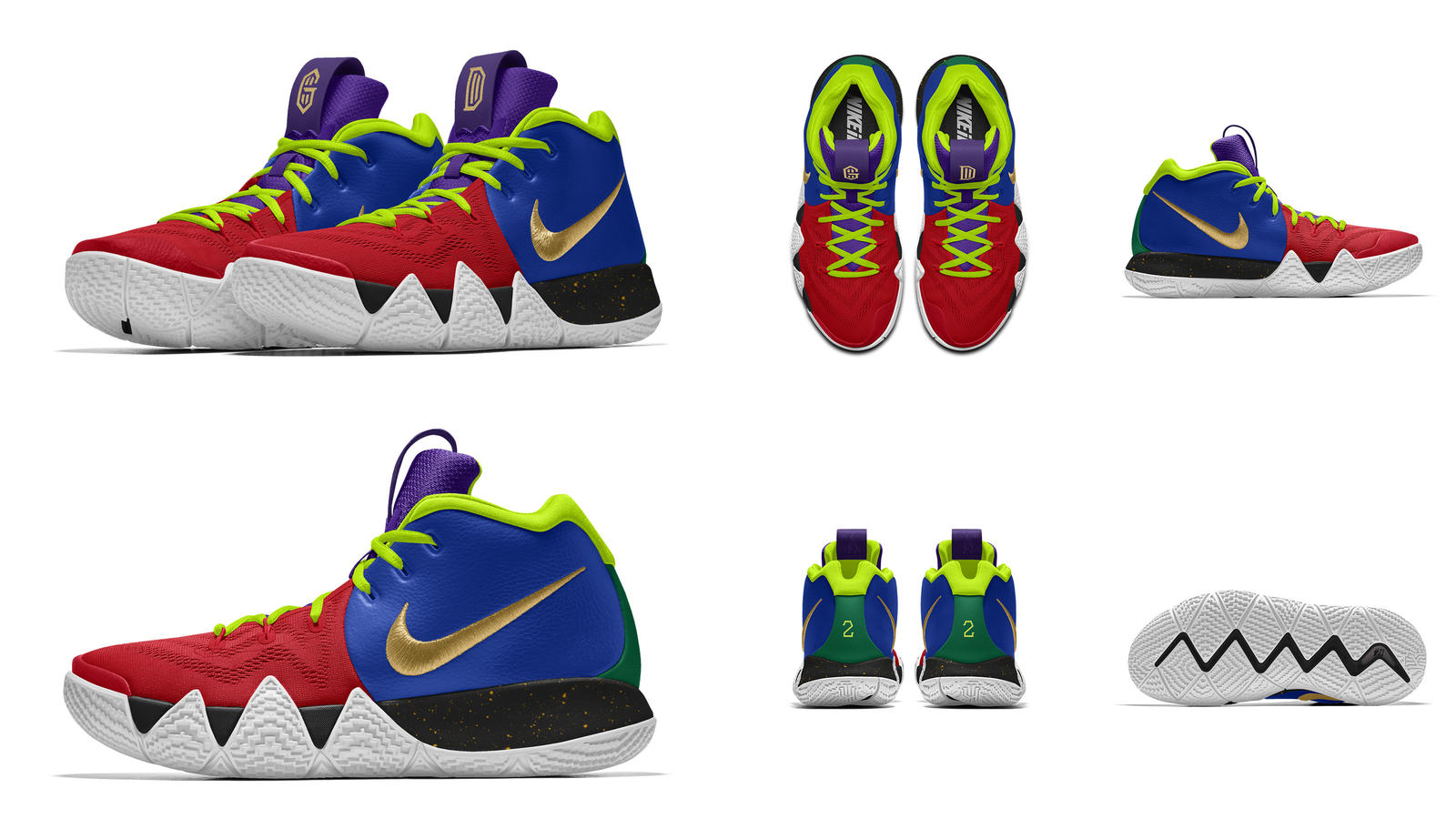 The rookie's design is inspired by his parents, who always encouraged Sexton to find his own path. The first initial of both his mother and father appear on the tongue, and his jersey number is printed on the heel. 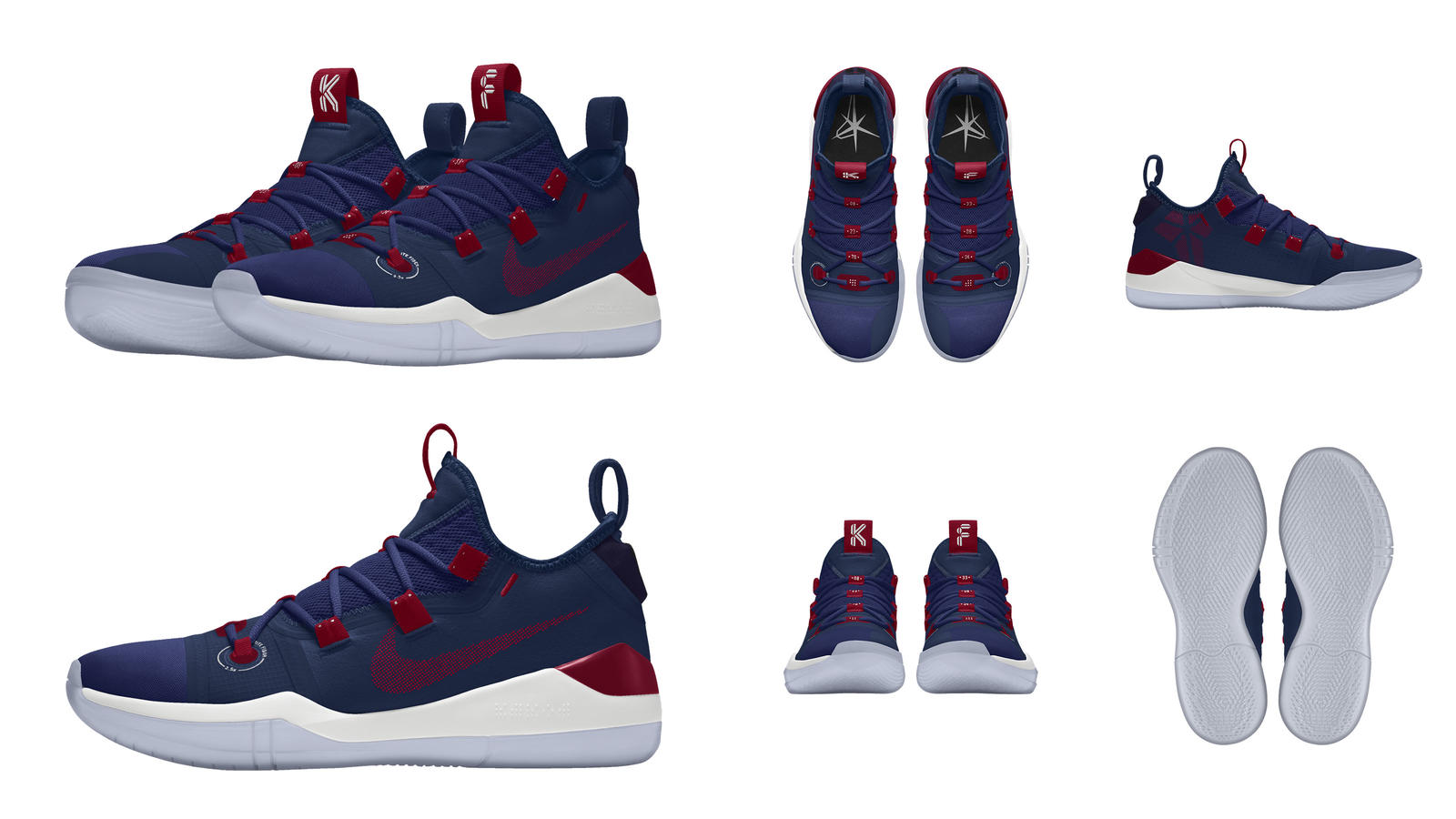 For Fox, a planetarium visit in Sacramento launched a keen interest in the solar system. The Red Planet leads certain details of his customized KOBE AD, with crimson elements on the Swoosh, the heel and the eyelits (the navy base is taken from his hometown Houston Astros). The initials of Fox’s son, Kai, appear on the tongue. 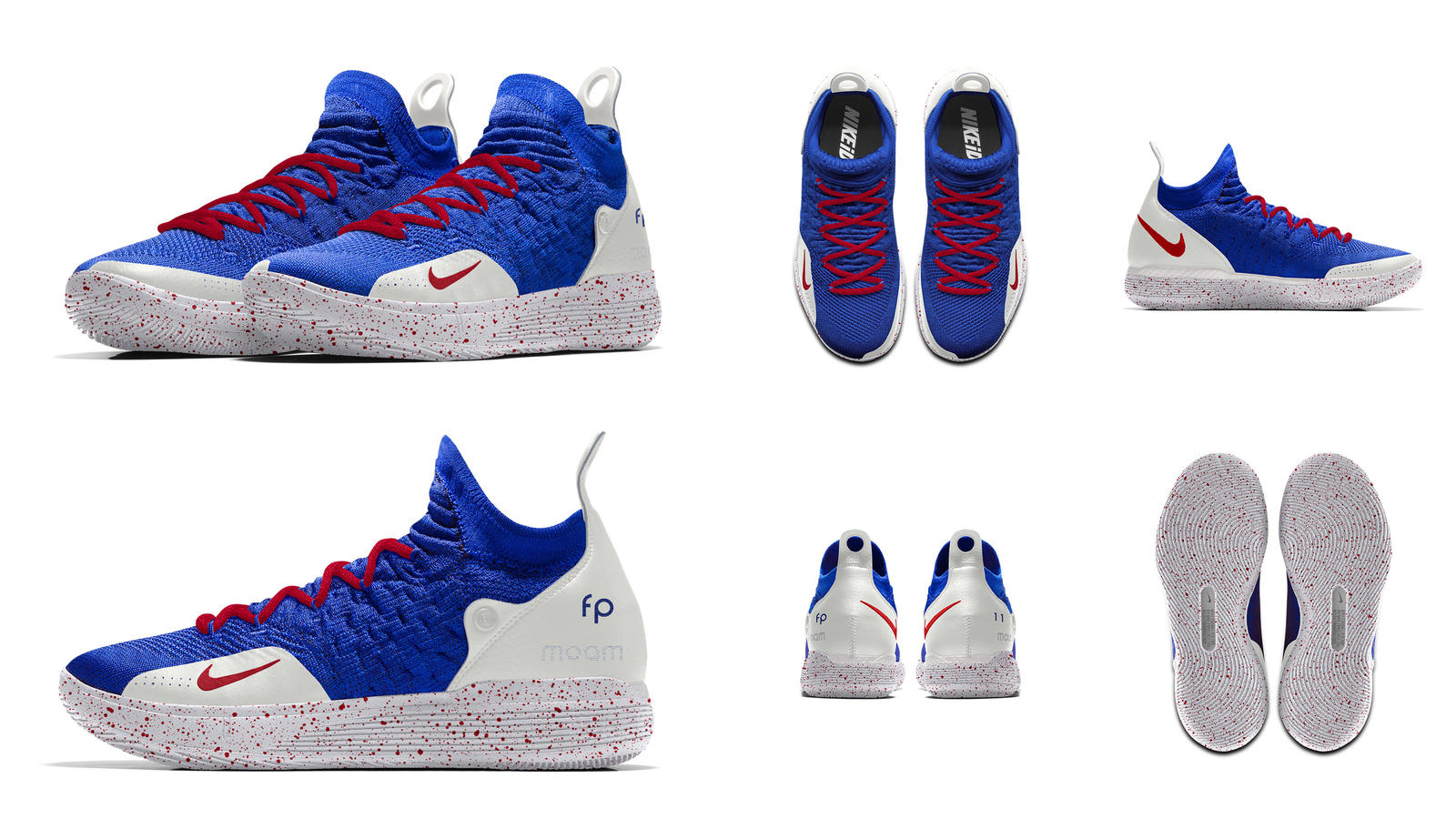 The Francophone rookie sports his national flag on his feet with a colorway inspired by La France. The flyknit blue meets white overlays and a speckled red-and-white outsole. Two personalized marks are printed on the heel, which, says Ntilikina, “in a lot of ways is the most difficult part of the process, because you want the perfect symbol or word.” They are: FP, standing for Ntilikina’s nickname, “French Prince," and MOAM, for “Man On A Mission.” 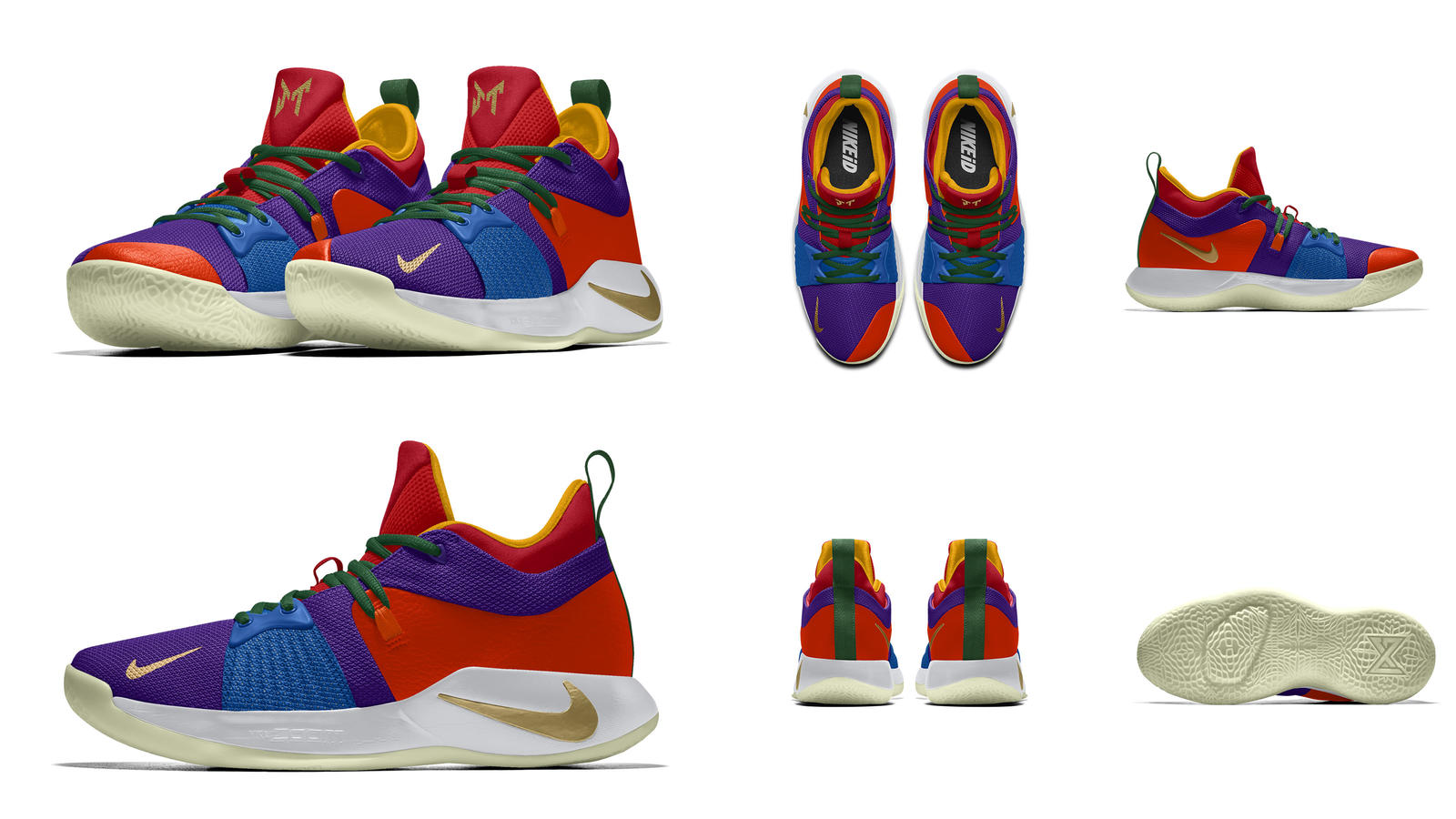 This polychromatic colorway is inspired by the NBA sophomore’s biggest fan: his 10-month-old son, Jayson Tatum, Jr., who goes by the nickname Deuce. “He’s a little too young to be coloring, but if he could, this shoe is what it would look like,” says Tatum. His son’s initials appear on the inside of the tongue. 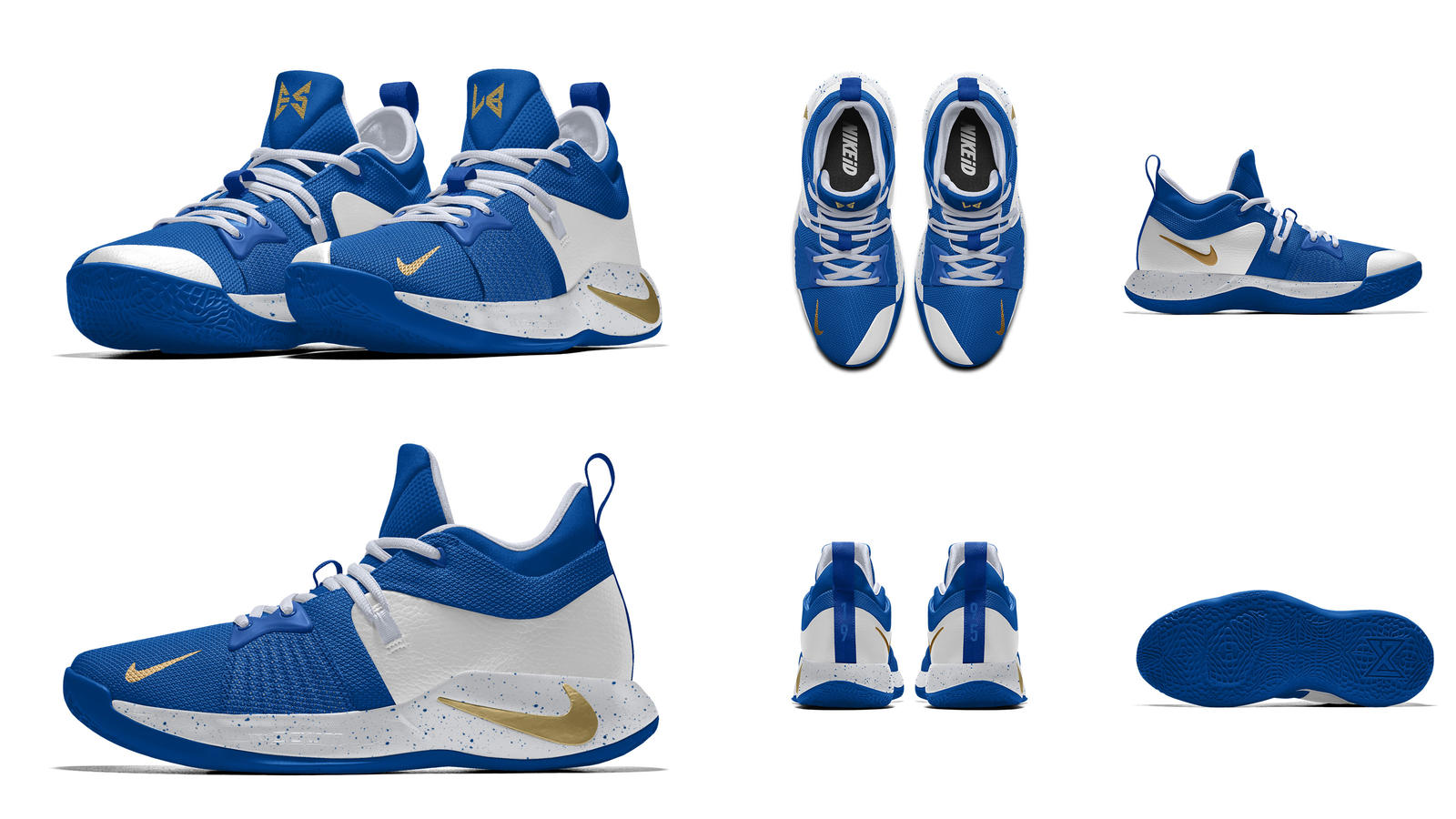 Inspiration for Bell’s design crosses between NorCal and SoCal, with colors from his Golden State Warriors and personalized details from his hometown of Long Beach, Calif. Printed on the heel is 1995, Bell’s birth year. 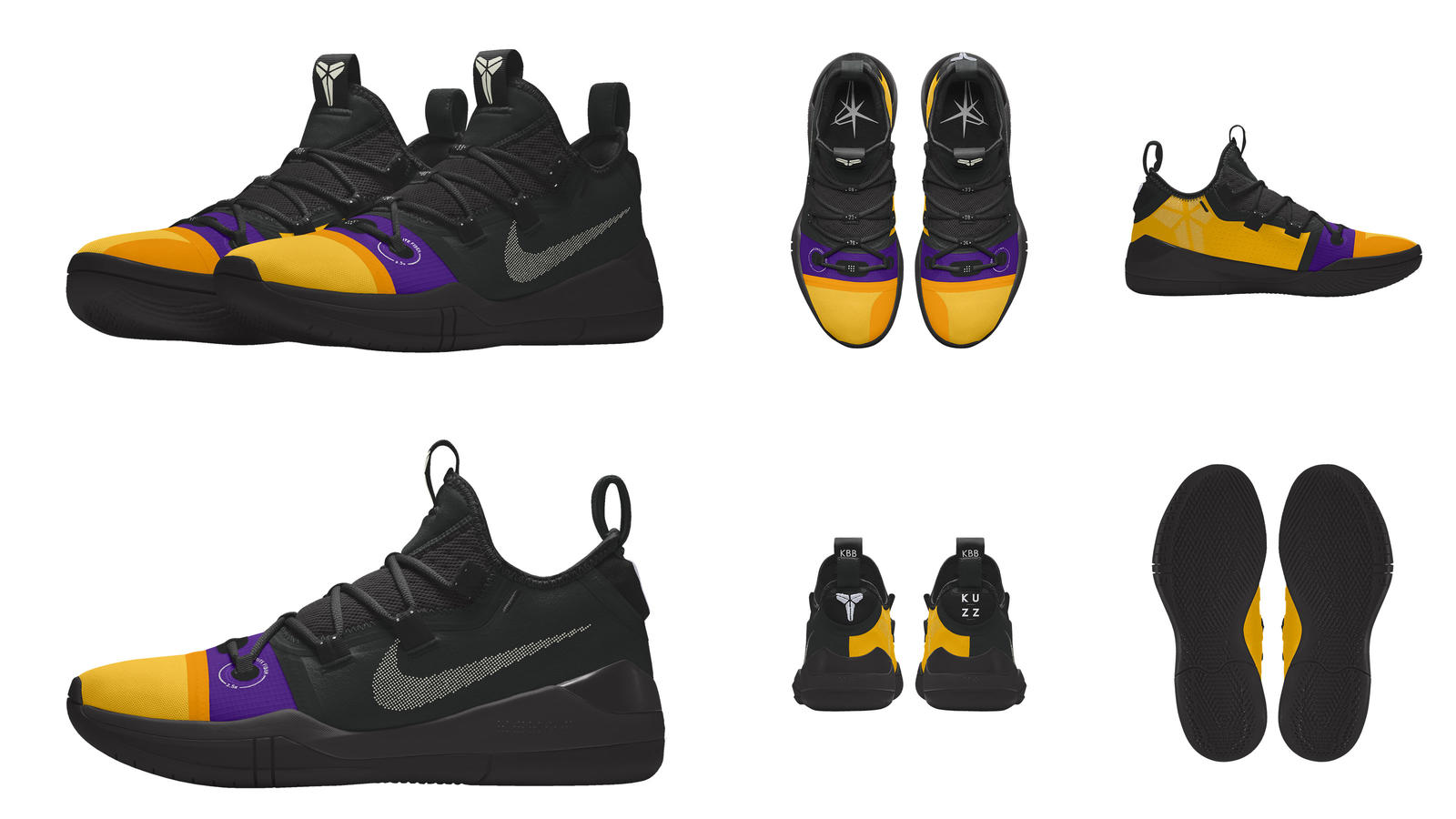 The split-tone design switches between jet black on the medial side and Laker-inspired yellow on the lateral side. 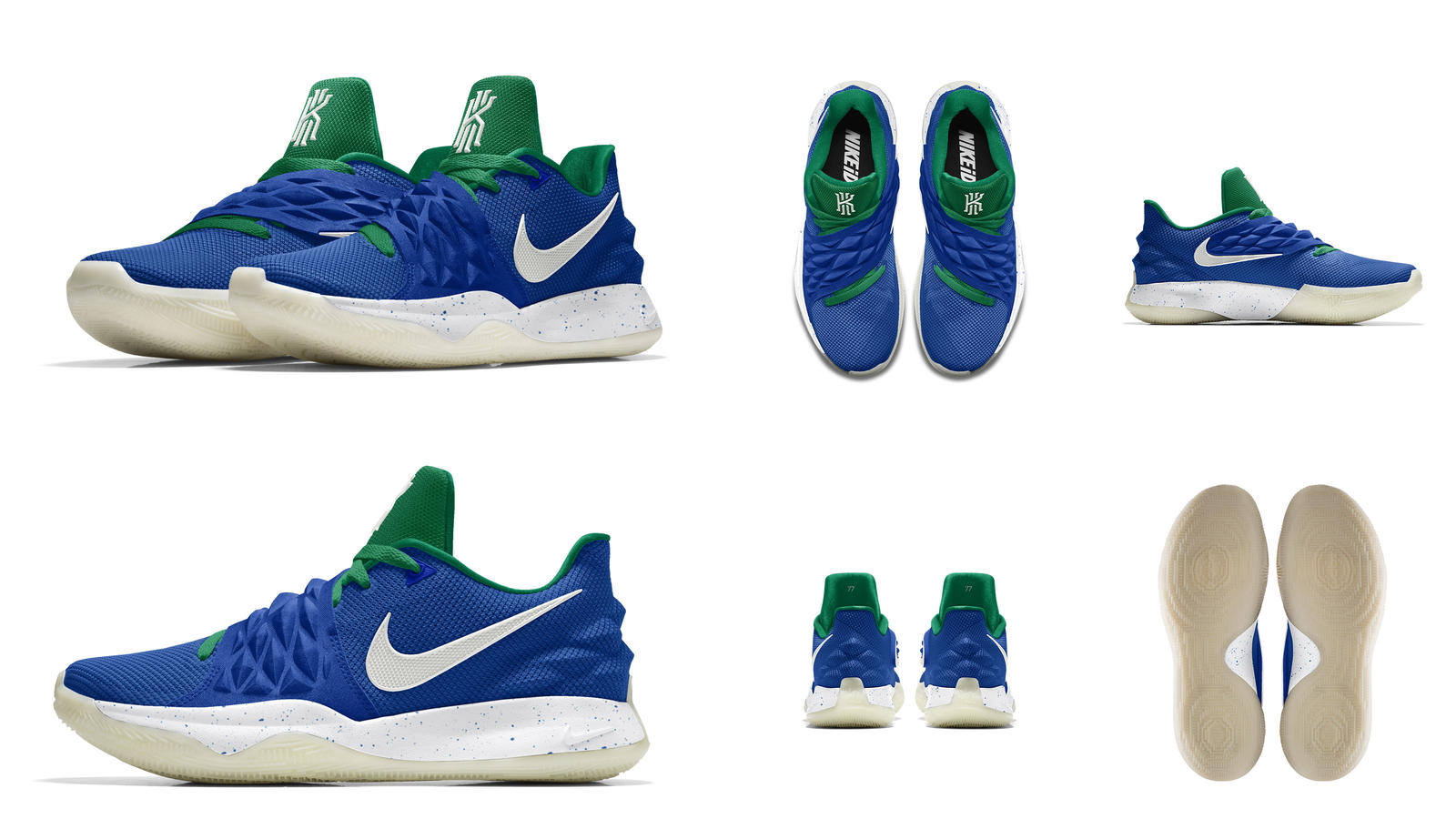 The Slovenian rookie chose a glow-in-the-dark outsole, a green sockliner reminiscent of the Mavs’ retro base color, and his number 77 on the inside of the tongue. The reason why he chose number 77 for his first year in the League? His favorite number is 7, but unfortunately, it was already taken by a teammate. 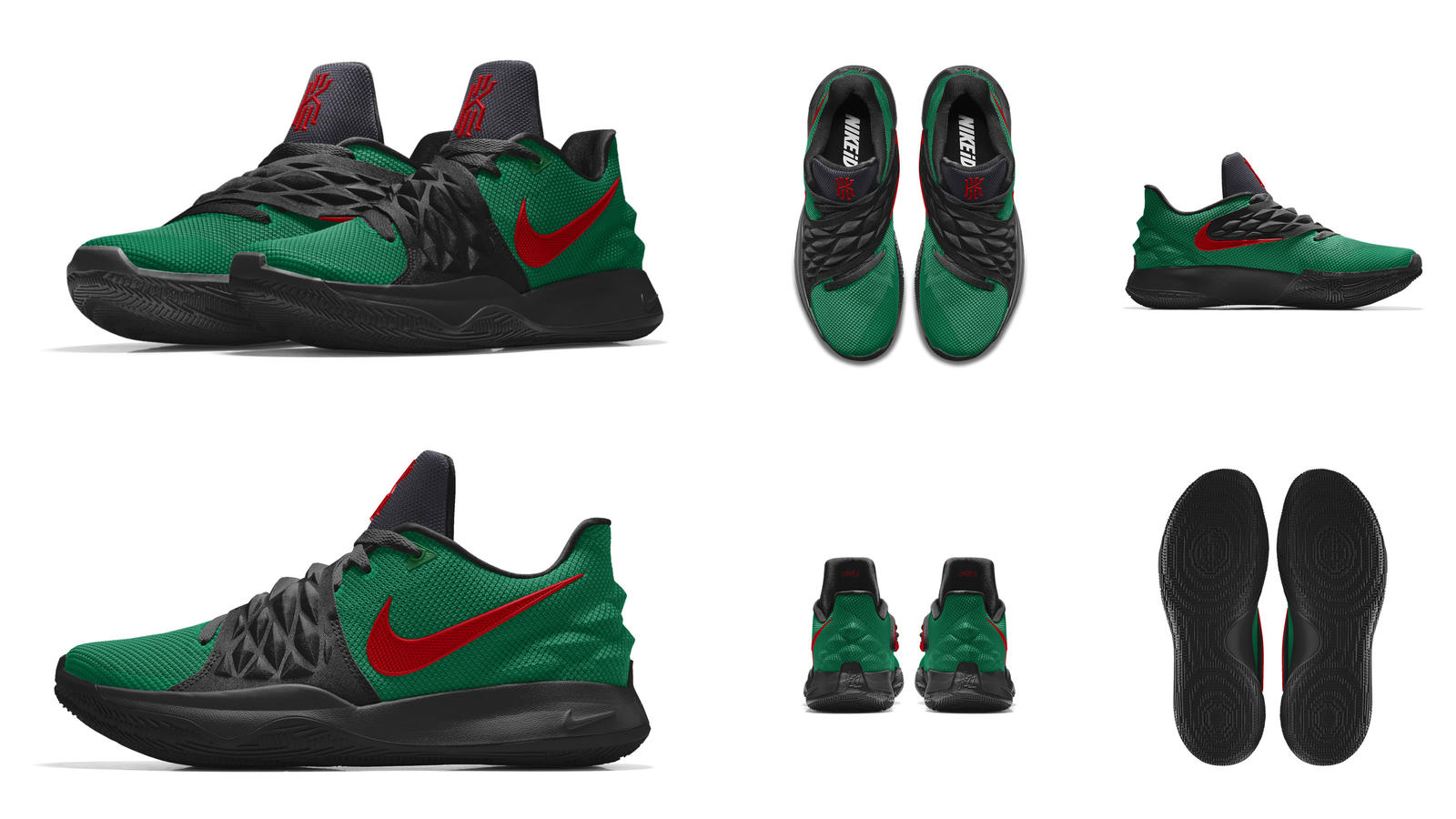 The inspiration for Mitchell's NikeiD design was a proving ground during her time at Ohio State — a local outdoor basketball court that she calls “the Cages," and a pivotal place in forming her identity as a young player. “My twin sister and I would go out there and hoop all day against the guys,” Mitchell says. “The court used to be green, the three-point line and the key were red, and the middle of the court was black. All of those colors faded so much over time. When I was new at Ohio State, that court helped me find myself.” 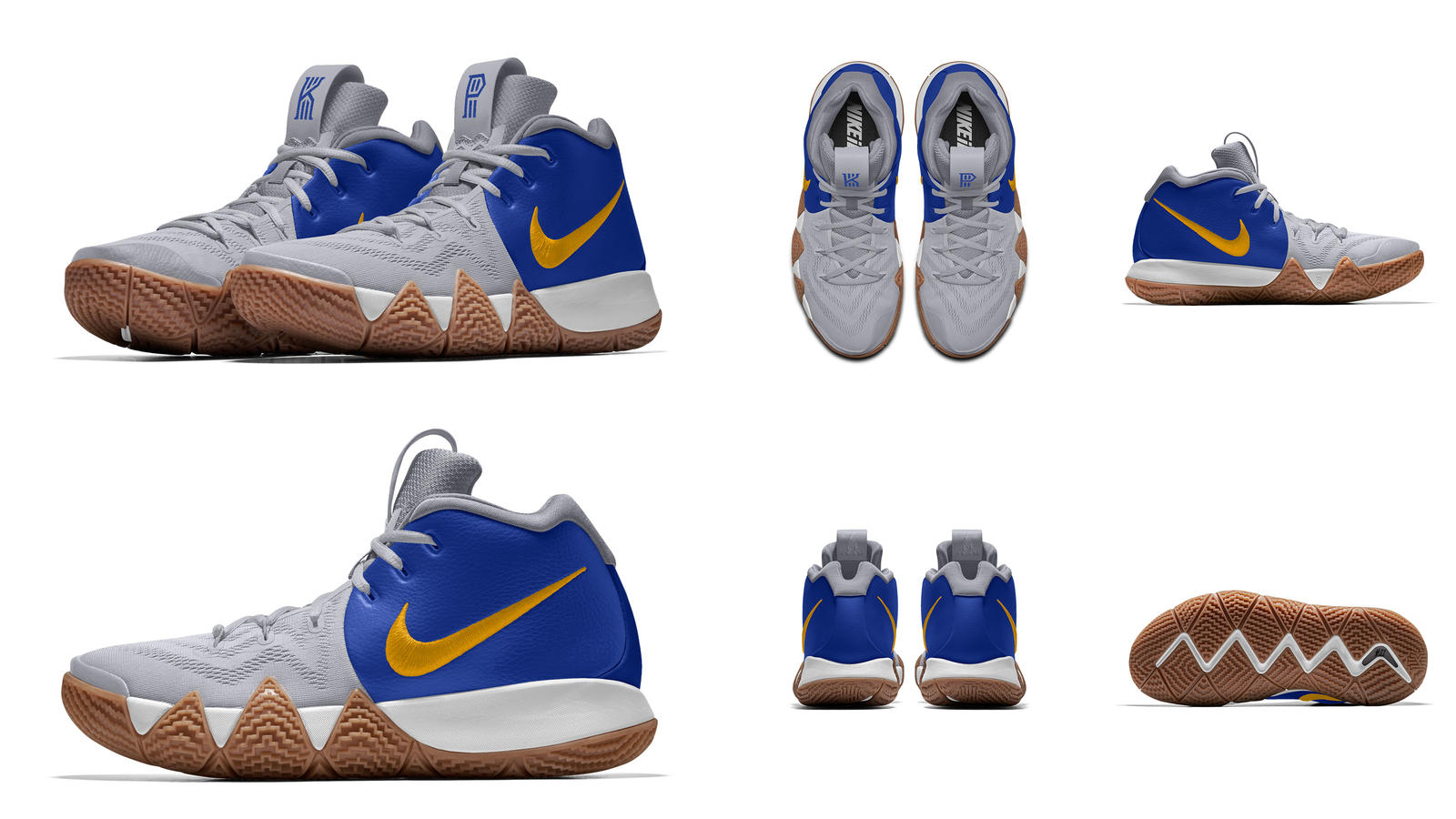 Plum’s shoe honors the team colors of her off-season Turkish club. “Last time I went over there, I brought a bunch of my sneakers from home, which are a lot different than the shoes that are available for retail in that country,” says Plum. “In designing these shoes, I was thinking about what I could bring back to Turkey that’s cool and different, but is still uniquely me.”