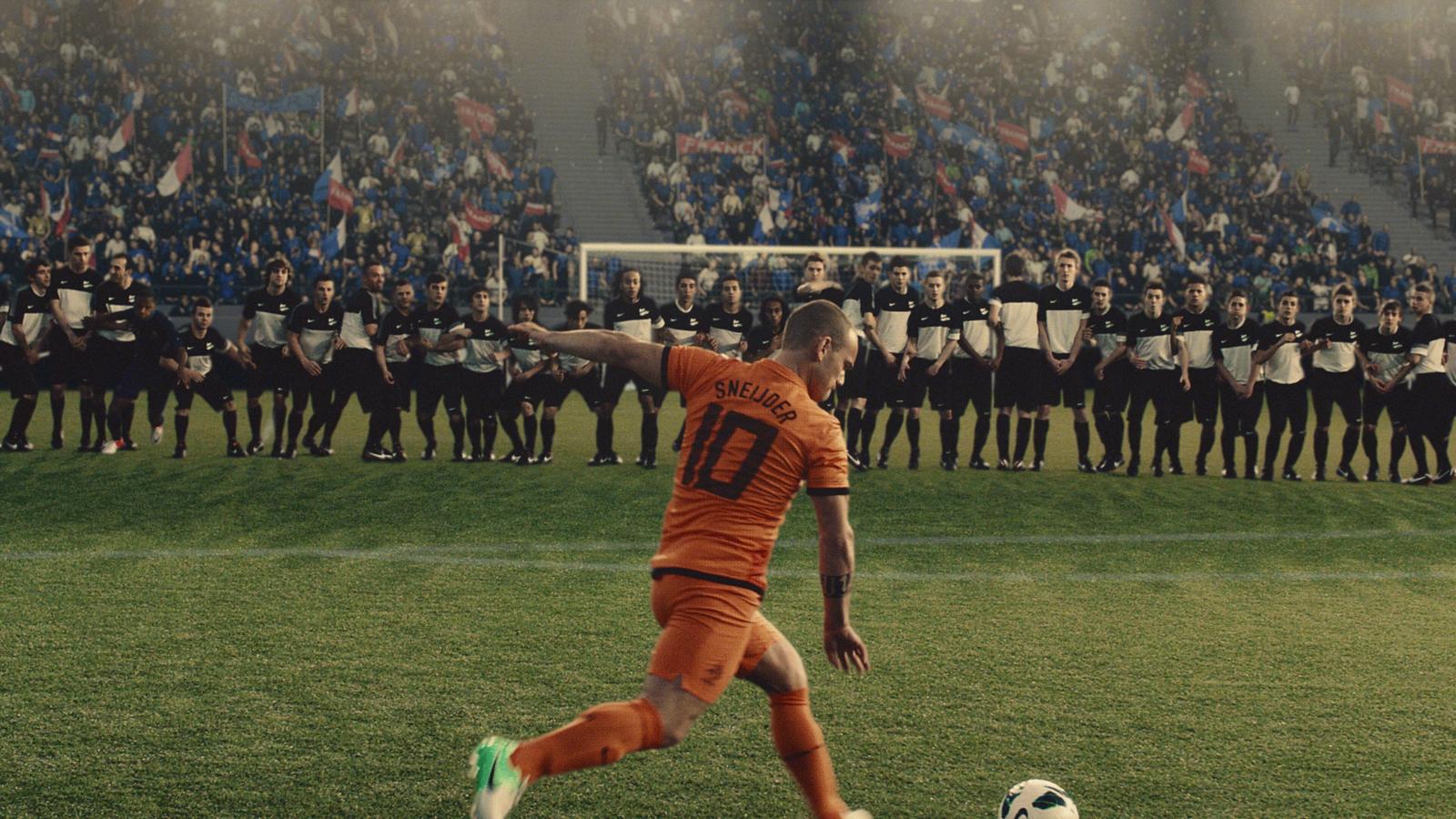 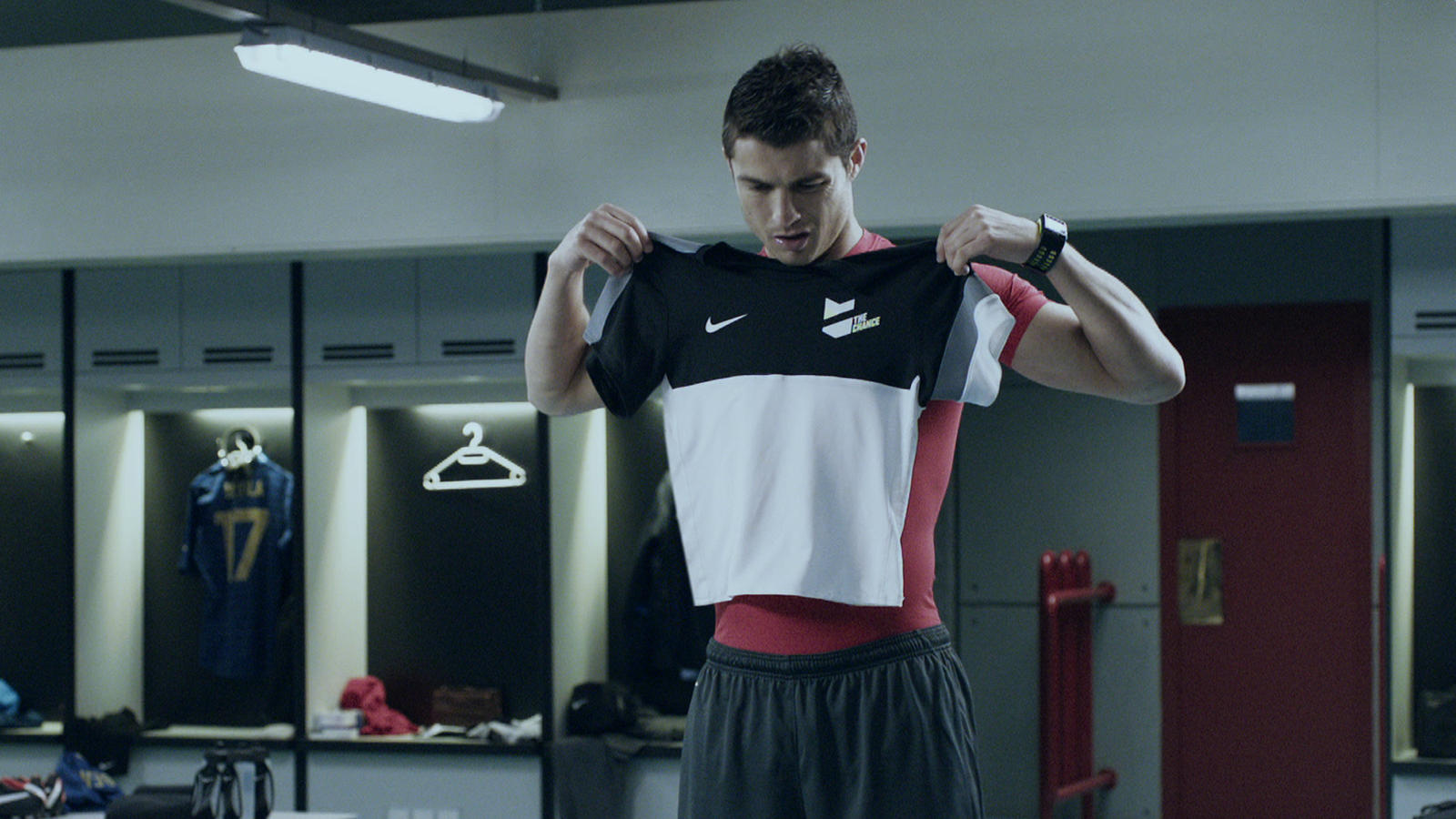 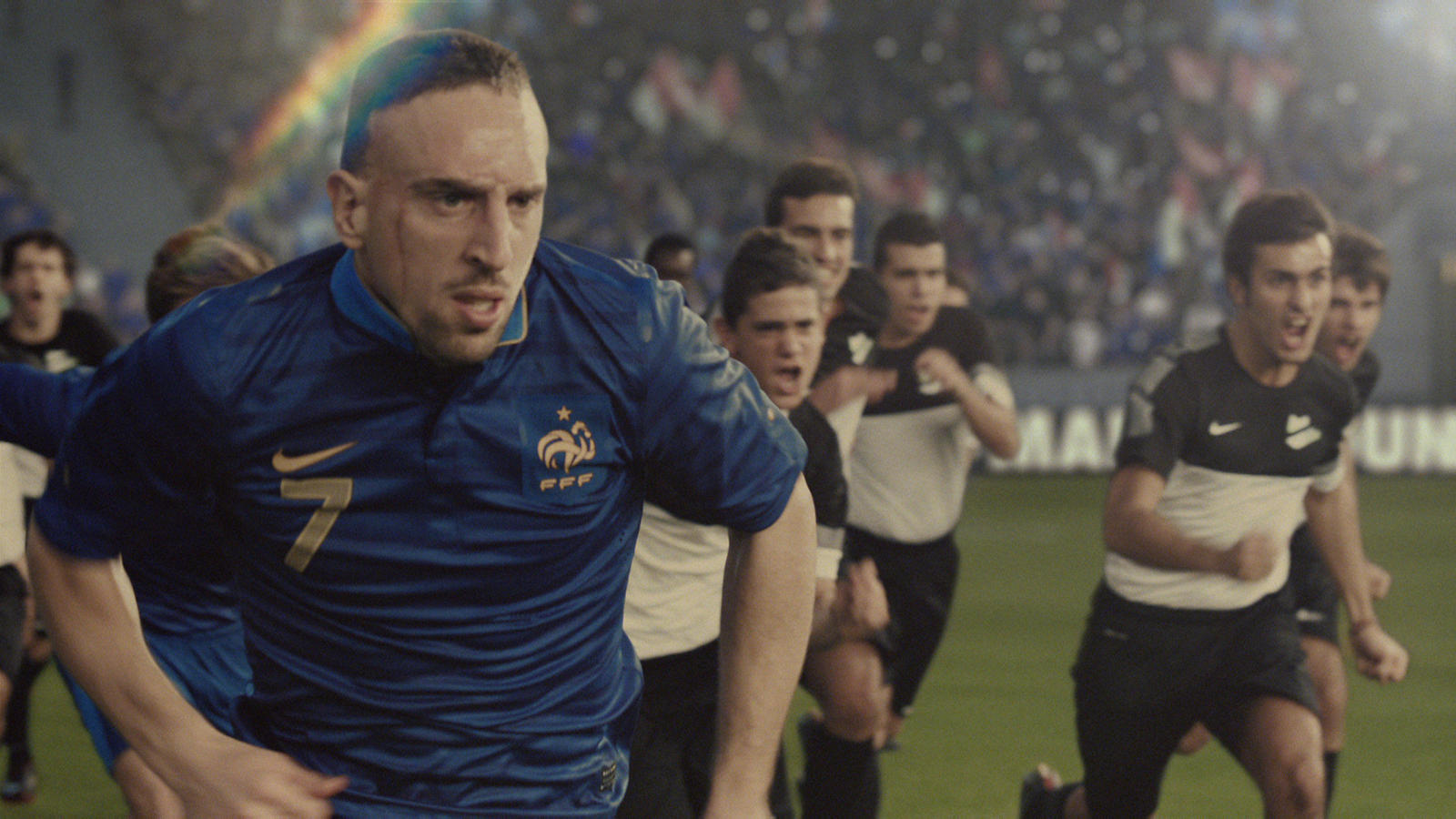 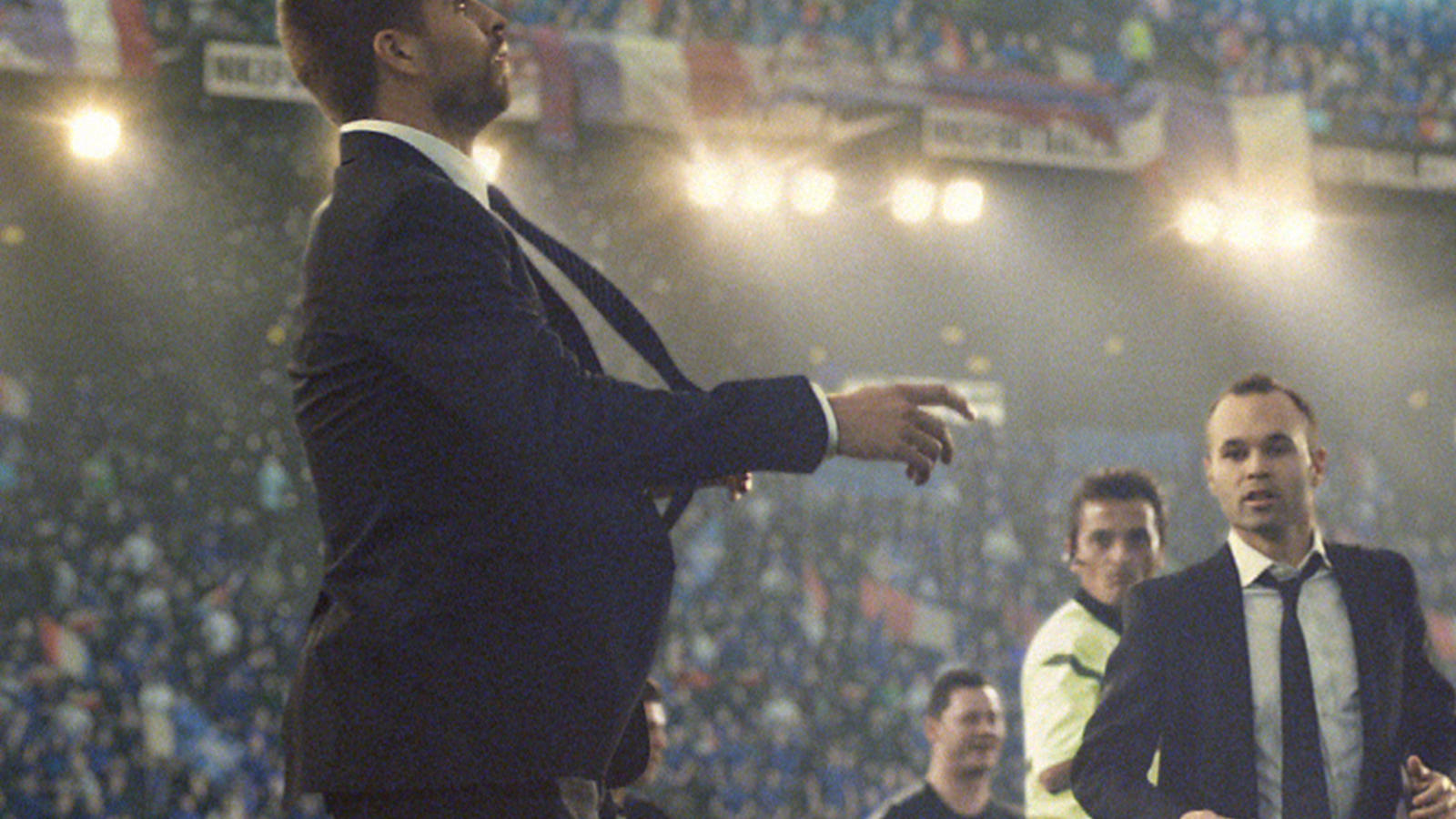 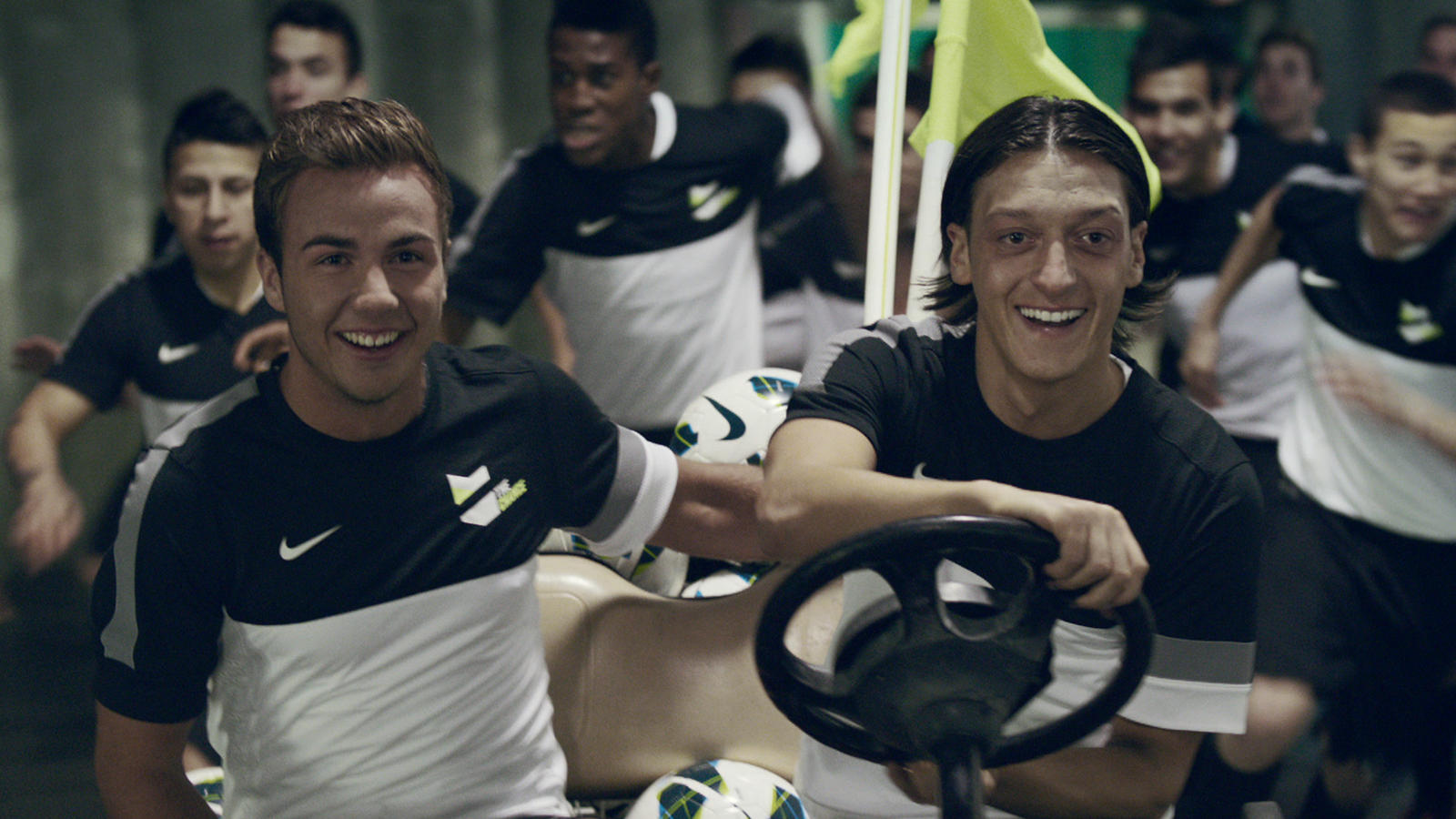 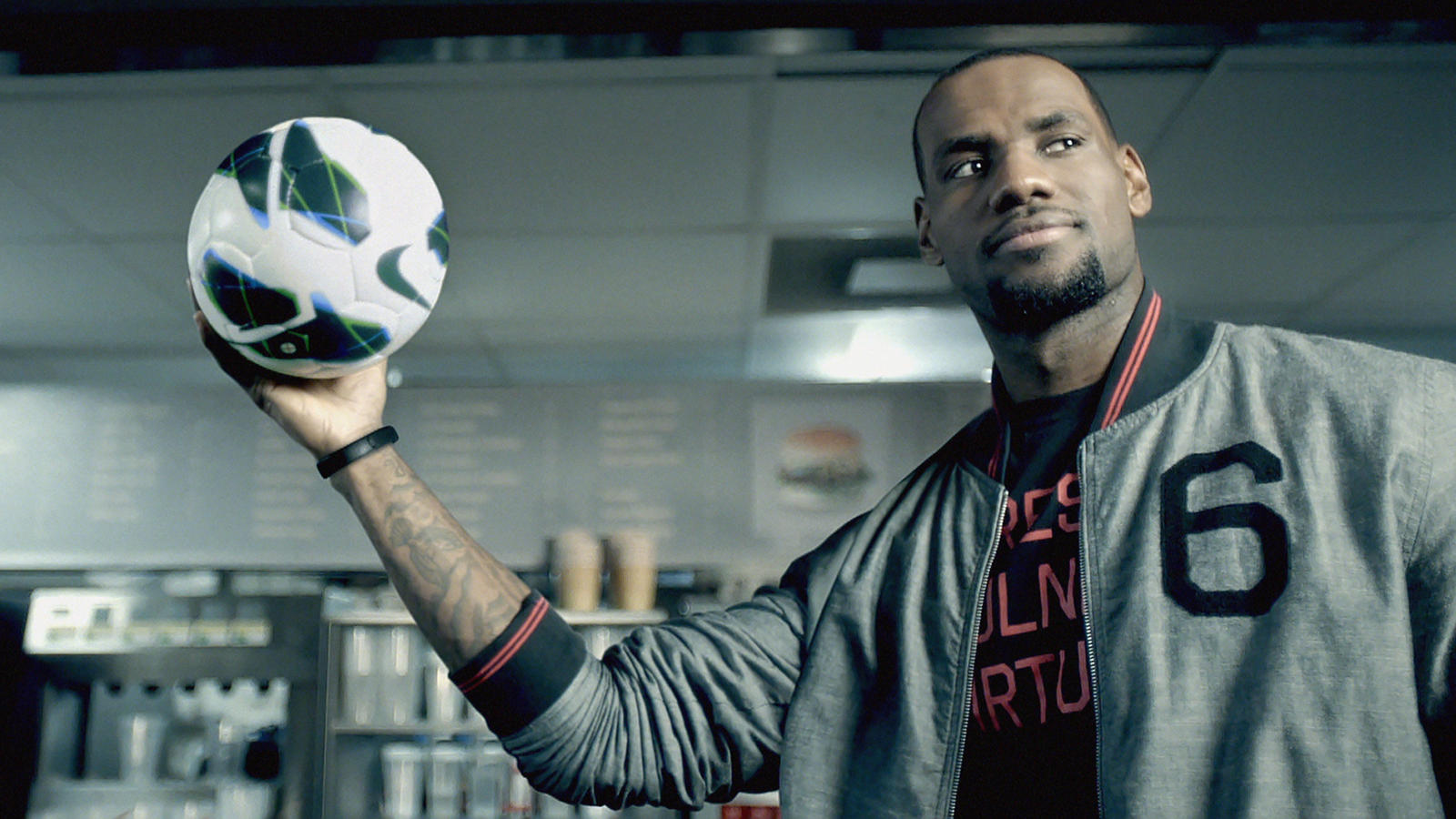 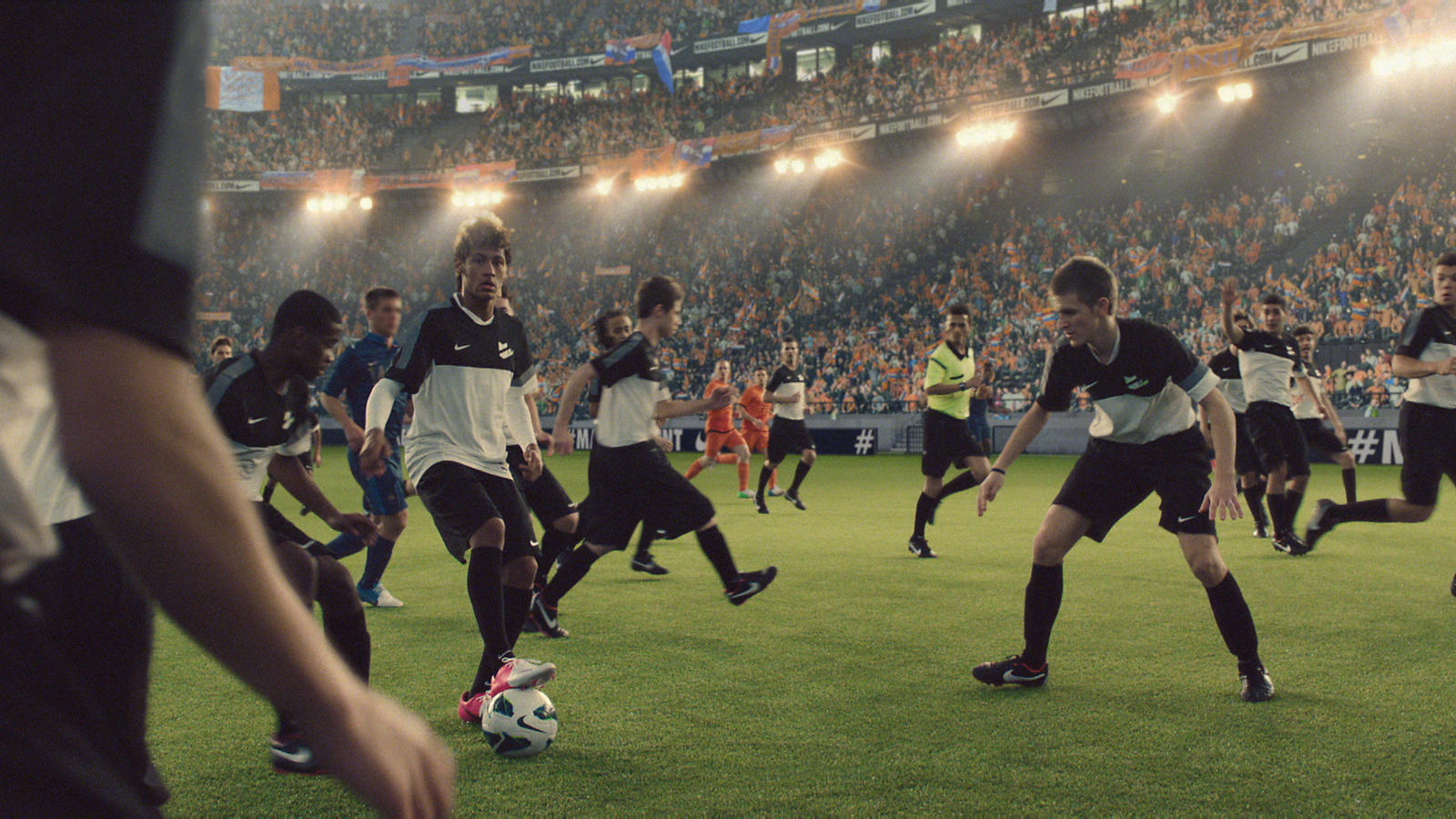 “Don’t tell me I have potential” is the rallying insight behind the new Nike Football “My Time is Now” campaign.  The campaign features a global roster of the world’s best players, and celebrates the hunger and impatience of young players ready to tear up the rule book to make their mark in football’s elite ranks.

The film, which debuts on Facebook, Twitter, Youtube, and  nikefootball.com today, will also be on TV on May 19th during the Europe's biggest club game. Featuring many of the elite players who will battle it out in Poland and Ukraine, and later this summer in London and the UK, including Cristiano Ronaldo, Neymar, Andres Iniesta, Wesley Sneijder, Franck Ribery, Mario Götze, Mesut Özil, Yann M’Vila, Javier Hernandez and Danny Welbeck. Special guest appearances are made by Pep Guardiola, Laurent Blanc and basketball superstar LeBron James.

As the action unfolds, viewers can experience content in a unique interactive way through hidden tunnels designed to share athlete insights about their hunger to succeed and inspire young athletes to be better footballers.

“Young players will stop at nothing to prove they’re good enough to play with the best in the game,” said Carlos Homedes, NIKE, Global Football Marketing Director.  “Their hunger and impatience to take a chance is playfully apparent in the “My Time is Now” campaign .  A new generation of players is taking their chance and this summer will mark an exciting time as they burst onto the scene in Poland and Ukraine.”

We first join a France v Holland match that is suddenly interrupted by wave after wave of young players, who invade the pitch, ready to show they have the skills and hunger to take on the world’s best. Defined by their impatience and distinctive black and white uniform, they reflect the players Nike is looking for through “The Chance” which is a global talent search for young players to prove themselves on an elite stage and take their game to the next level.

As the young players take their chance they are joined by football’s new generation and iconic stars as the game heats up.  Neymar dazzles with his blinding skills and faints,  Gerard Pique and Andres Iniesta, complete in corporate suits from a stuffy boardroom meeting, join the play on pitch.  Even Cristiano Ronaldo is ready to pull on the distinctive black and white uniform sported by the young players, but he’s out of luck as the last remaining jersey is a small size.  He wears it anyway, ready to join the game.

Also unveiled in the campaign is the Nike Clash Collection of boots worn by elite players for the biggest moments on pitch and clash of rivalries and games this summer. Nike’s Mercurial Vapor VIII, CTR360 Maestri II, T90 Laser IV and Tiempo Legend IV boots will feature performance innovation and color clash design of traditional white with a bold second color signifying each boots style to stand out on pitch.

Nike’s search for the best global young talent: ‘The Chance’ runs in 55 countries through May-August. The best 100 players wil take part in global finals at FC Barcelona’s famed youth academy. The best 16 players will then embark on the ultimate training tour of the most renowned academy teams in world football, including Manchester United, Juventus and a U.S. Youth National Team during a once-in-a-lifetime four week tour.  One player will earn a place at the Nike Academy, now in its second year in partnership with the Premier League, based in the United Kingdom.

The Nike Clash Collection will be available at retail and Nikestore.com June 6th.

The “My Time is Now” film is part of a broader Nike Football brand campaign that features extensive digital, out-of-home and print executions celebrating iconic global players and aspiring footballers hungry to break into the elite game.

Behind the scenes content of the film and player interviews: