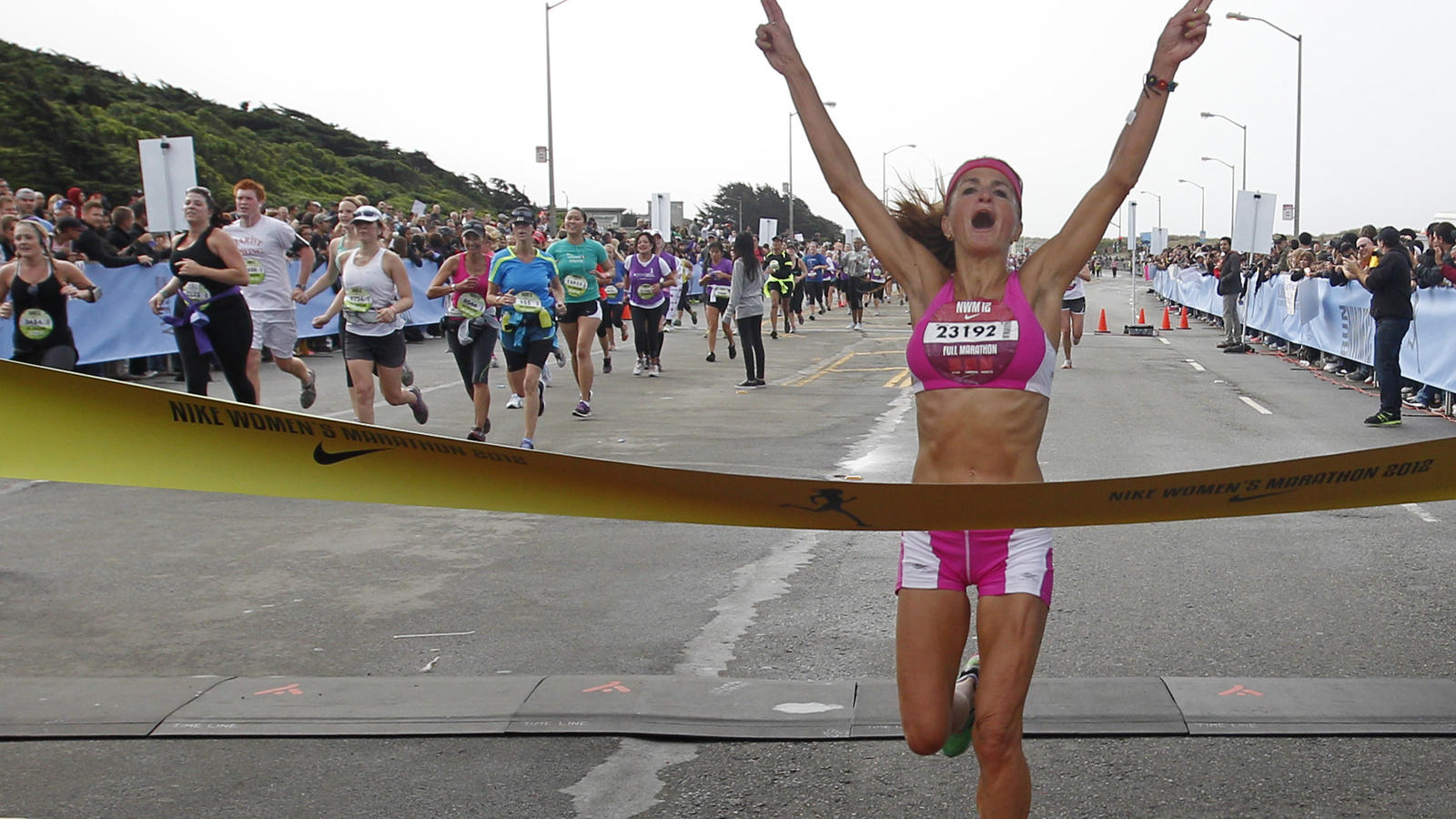 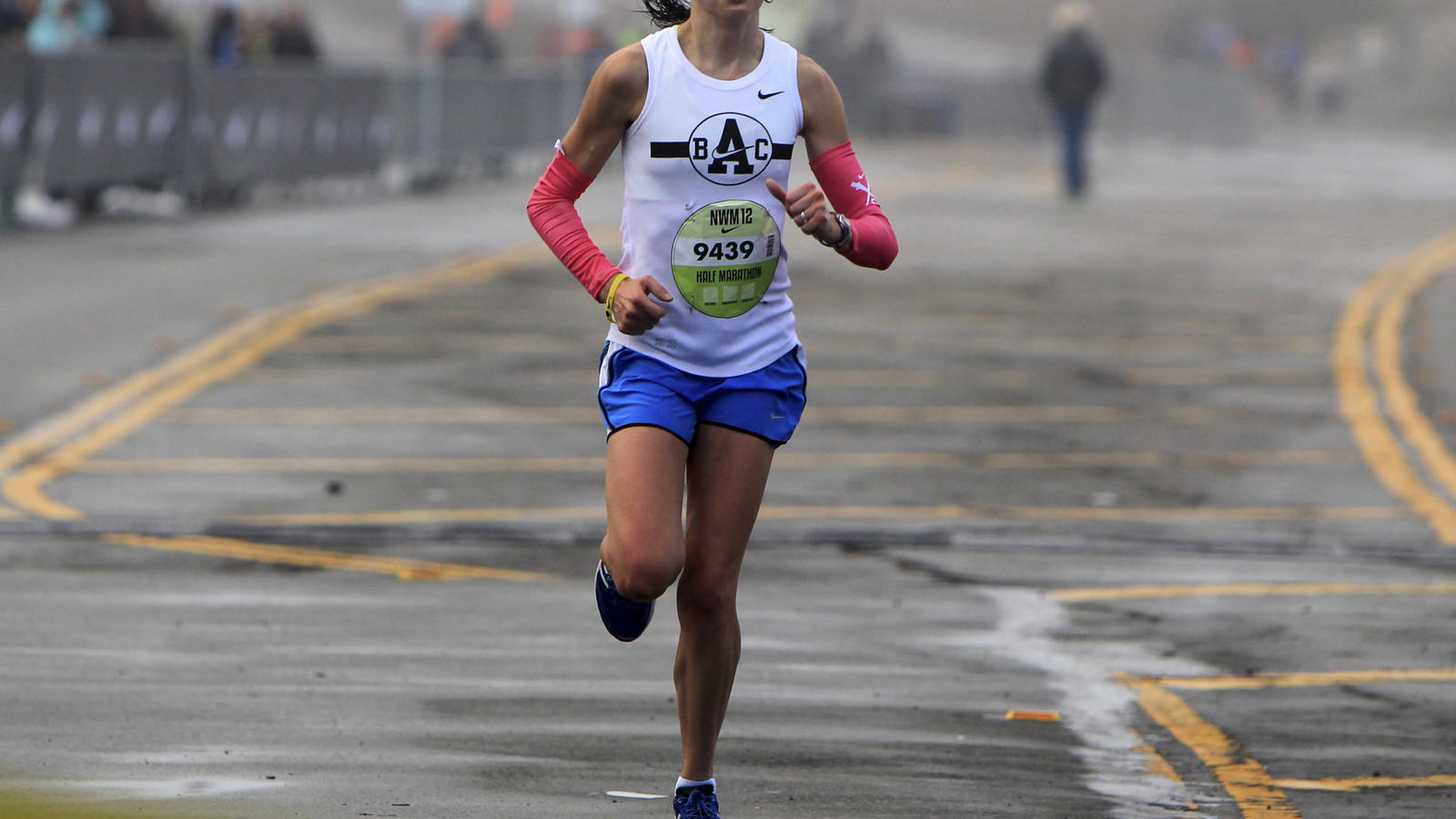 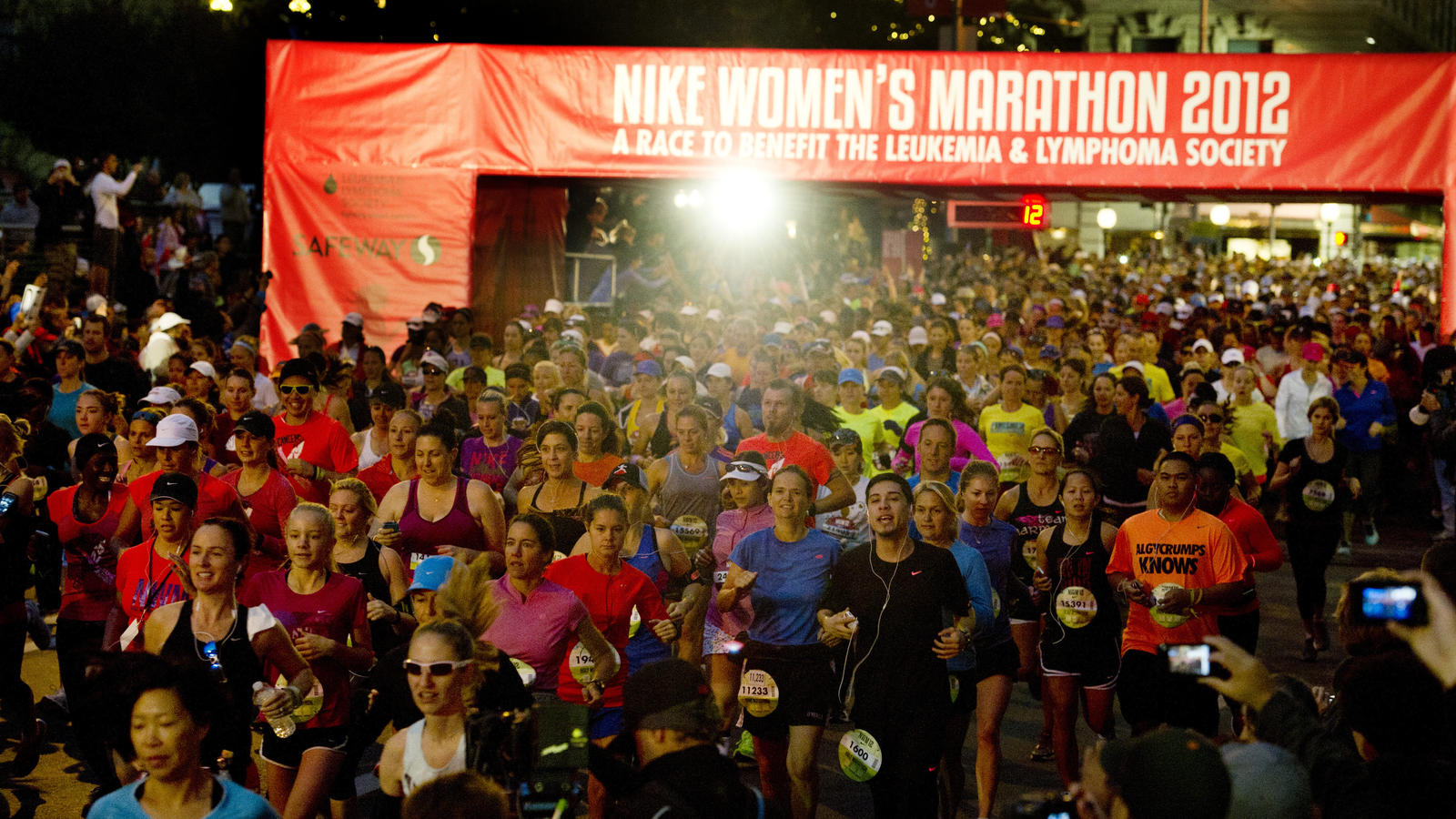 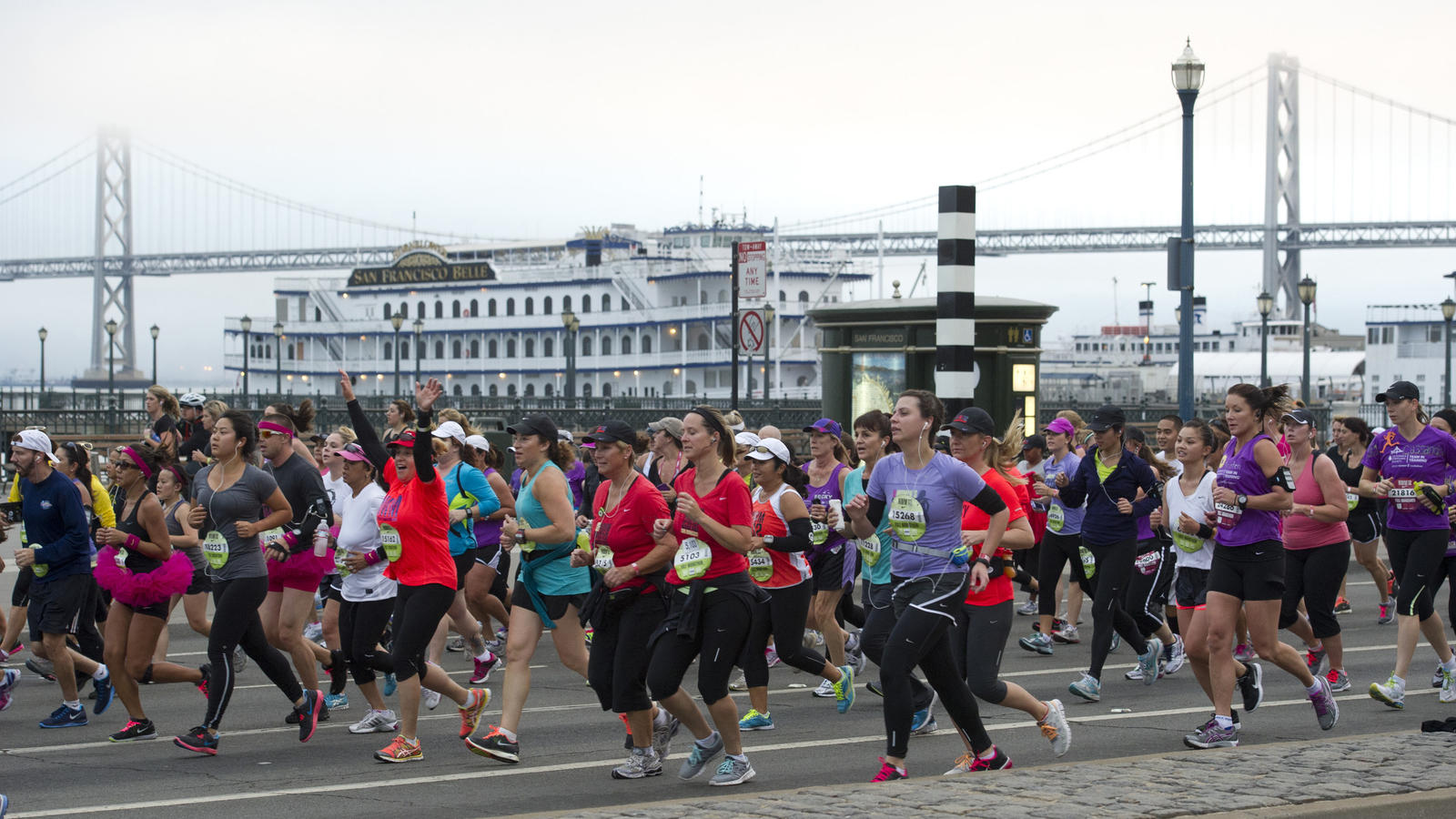 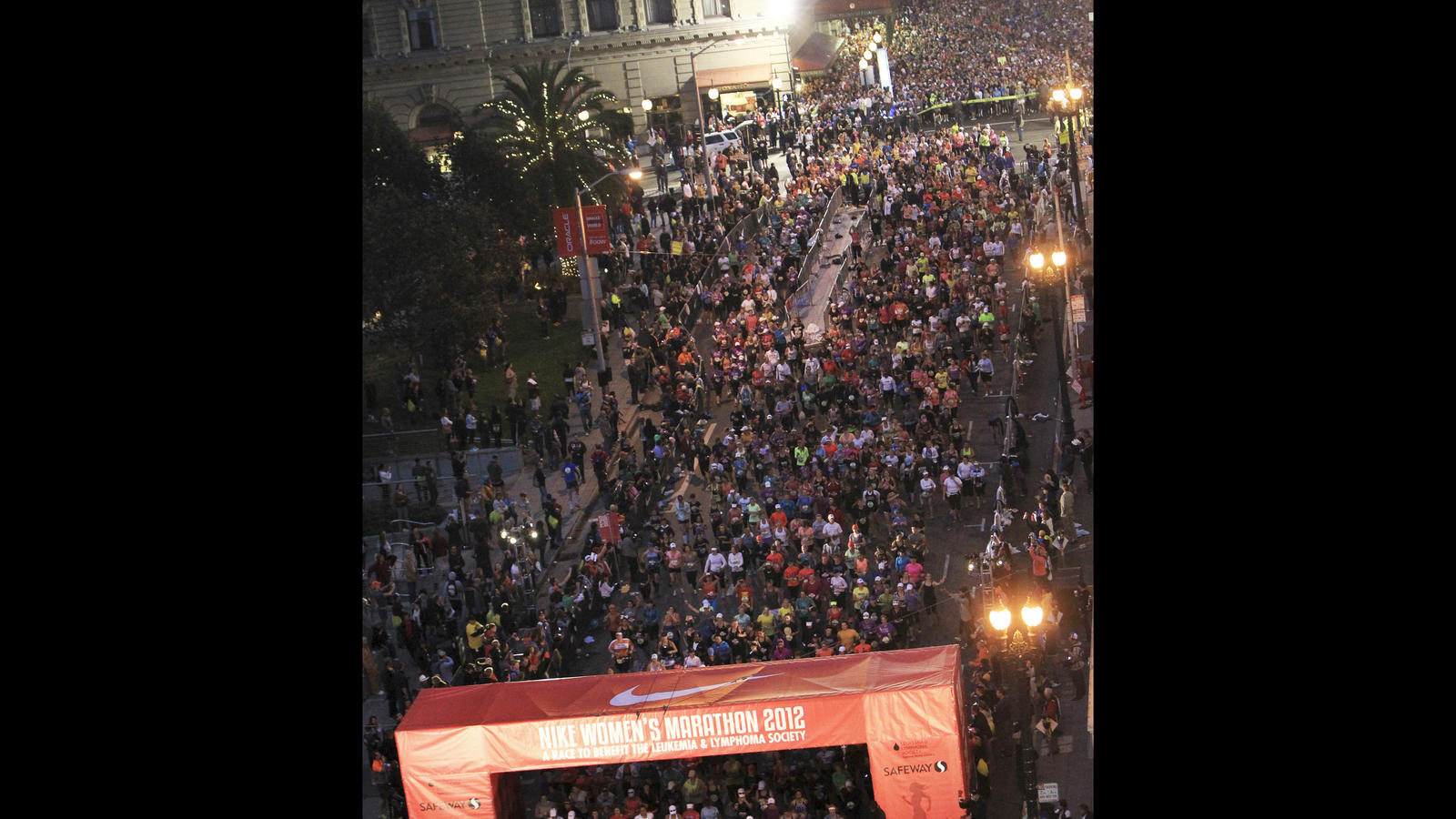 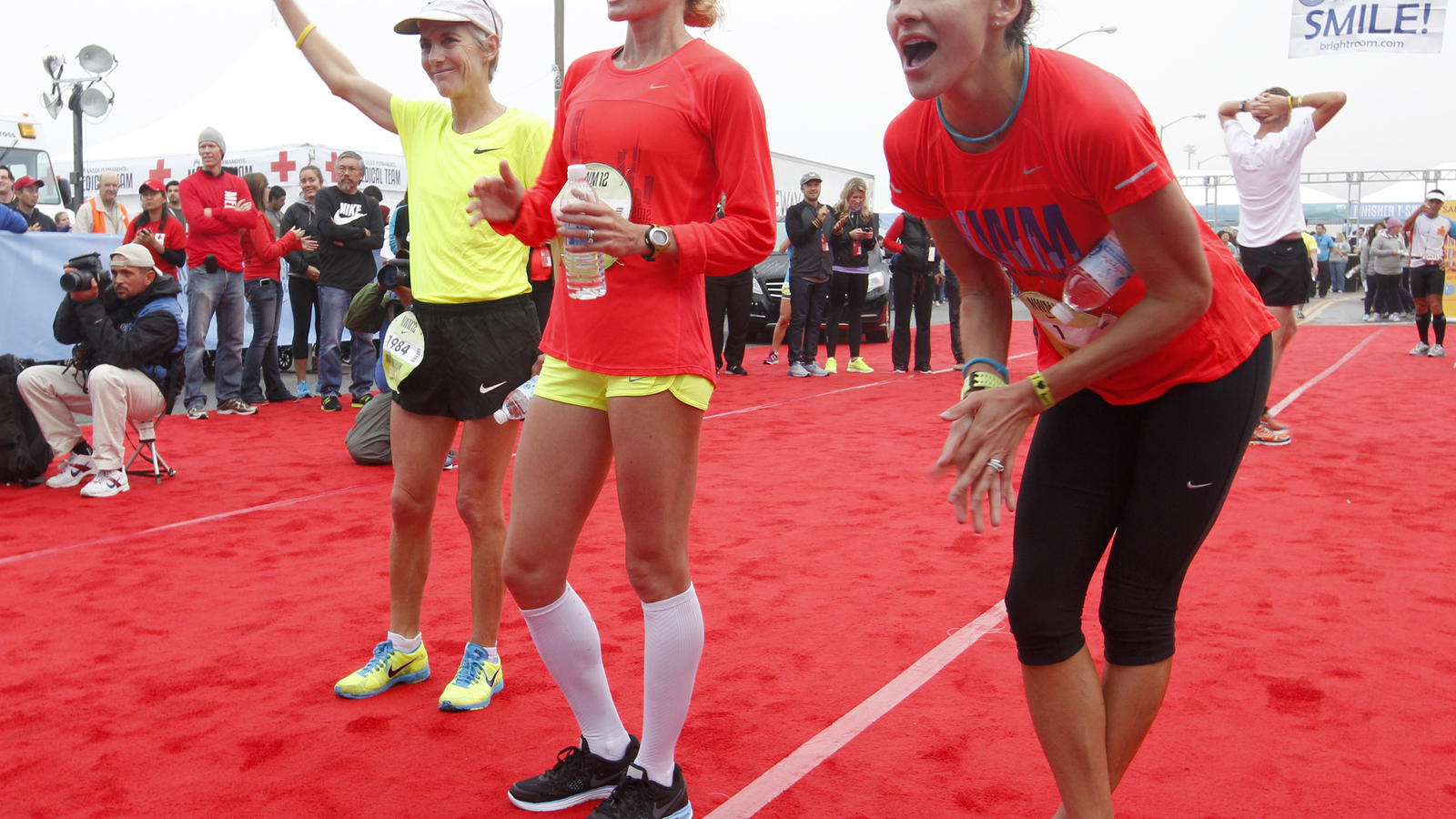 SAN FRANCISCO, Calif. (October 14, 2012) –  With due excitement and anticipation more than 25,000 women competed today in the Nike Women’s Marathon (NWM), the largest race of its kind in the world.  The event has garnered more than $128 million over the last nine years for The Leukemia & Lymphoma Society (LLS).

The Nike Women’s Marathon began in 2004 to commemorate the 20th anniversary of Joan Benoit Samuelson’s historic gold-medal in the first women’s marathon at the 1984 Games in Los Angeles. Since its inception, this unique women’s marathon has brought together more than 150,000 women and become one of the largest philanthropic race contributors.

“Our women have such inspiring stories as to why they are here running,” said Samuelson. “We use those stories to help motivate each other every step of the way through the race.  Everybody out here is running with the same spirit.  We know why we are here and embrace the challenge knowing the cause.”

The race begins in Union Square and runs along the San Francisco Bay with scenic views of Alcatraz and the Golden Gate Bridge, ushering runners down the Great Highway as they cross the finish line.  Along the course runners were treated to live entertainment, college cheer stations and Nike+ PowerSong stations.  Each full and half marathon finisher for the Nike Women’s Marathon received a finisher’s t-shirt and specially designed Tiffany & Co. necklace and pendant commemorating the 2012 race.

“The Nike Women's Marathon is a pinnacle running event for our brand,” said Ken Dice, Nike's Vice President, North America Running. “We’re honored to provide this platform to demonstrate the power of 25,000 women uniting in triumph.”

The San Francisco Nike Women’s Marathon offers a variety of activities focusing on the female athlete throughout the weekend at the Nike Women’s Marathon Expotique. Understanding that there are two parts to a woman’s running life – her lifestyle and her athleticism, the Expotique (“Expo” + “Boutique”) is a celebration of the women who participate.

The popularity and success of the NMW has spawned the development of a companion spring race – as was recently confirmed -- a Nike Women’s Marathon will be held in Washington, DC, April 28, 2013.