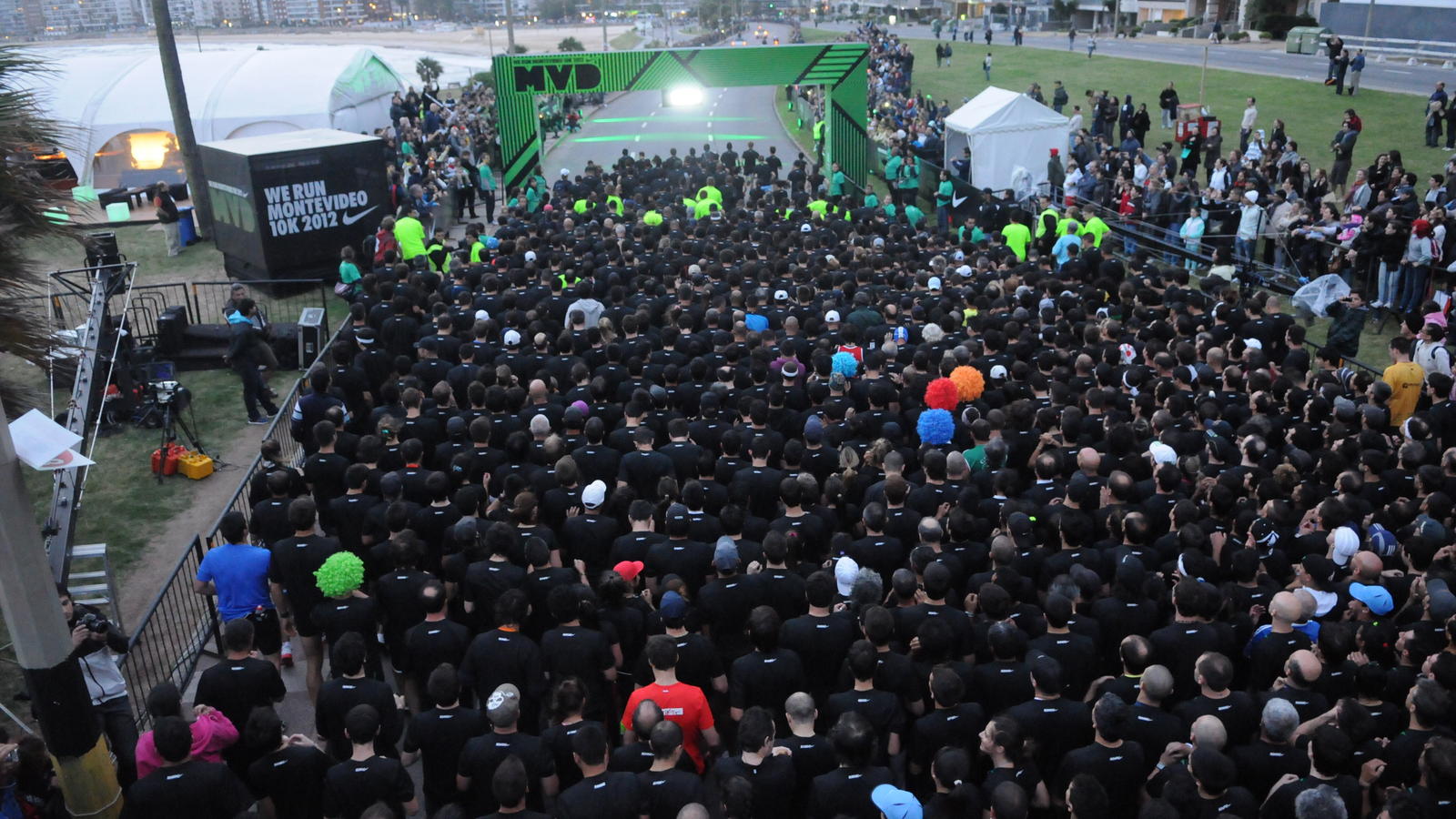 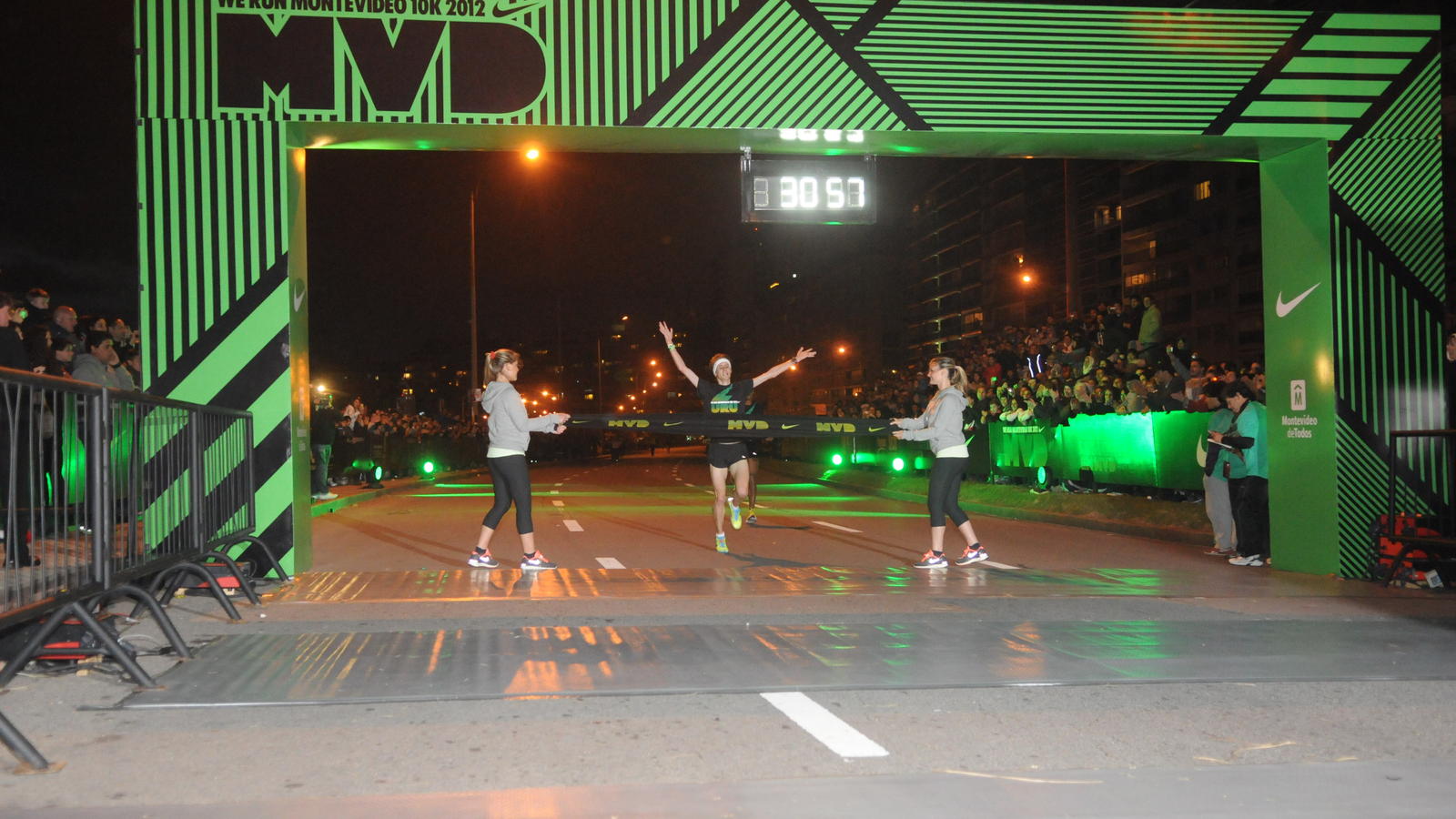 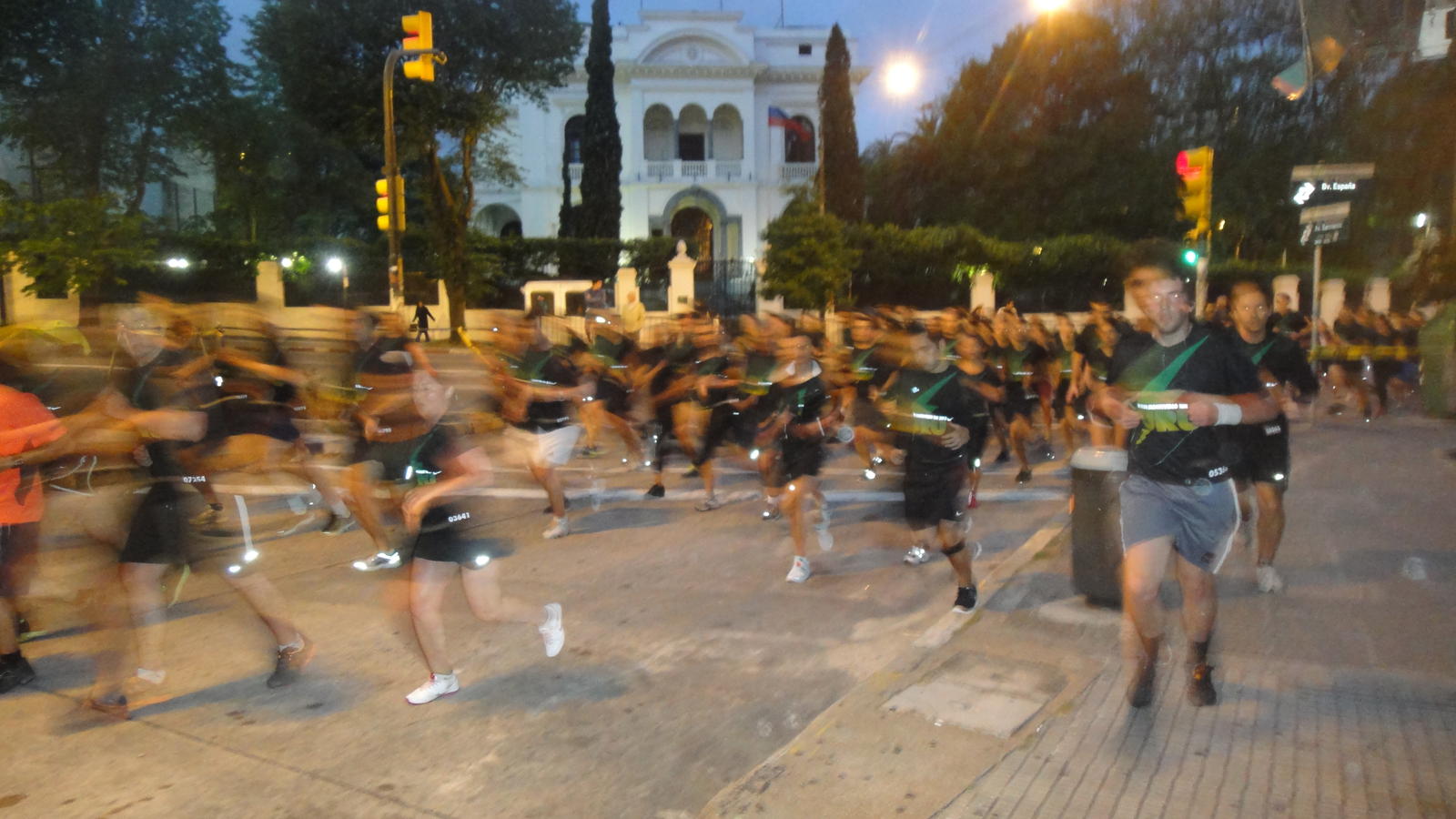 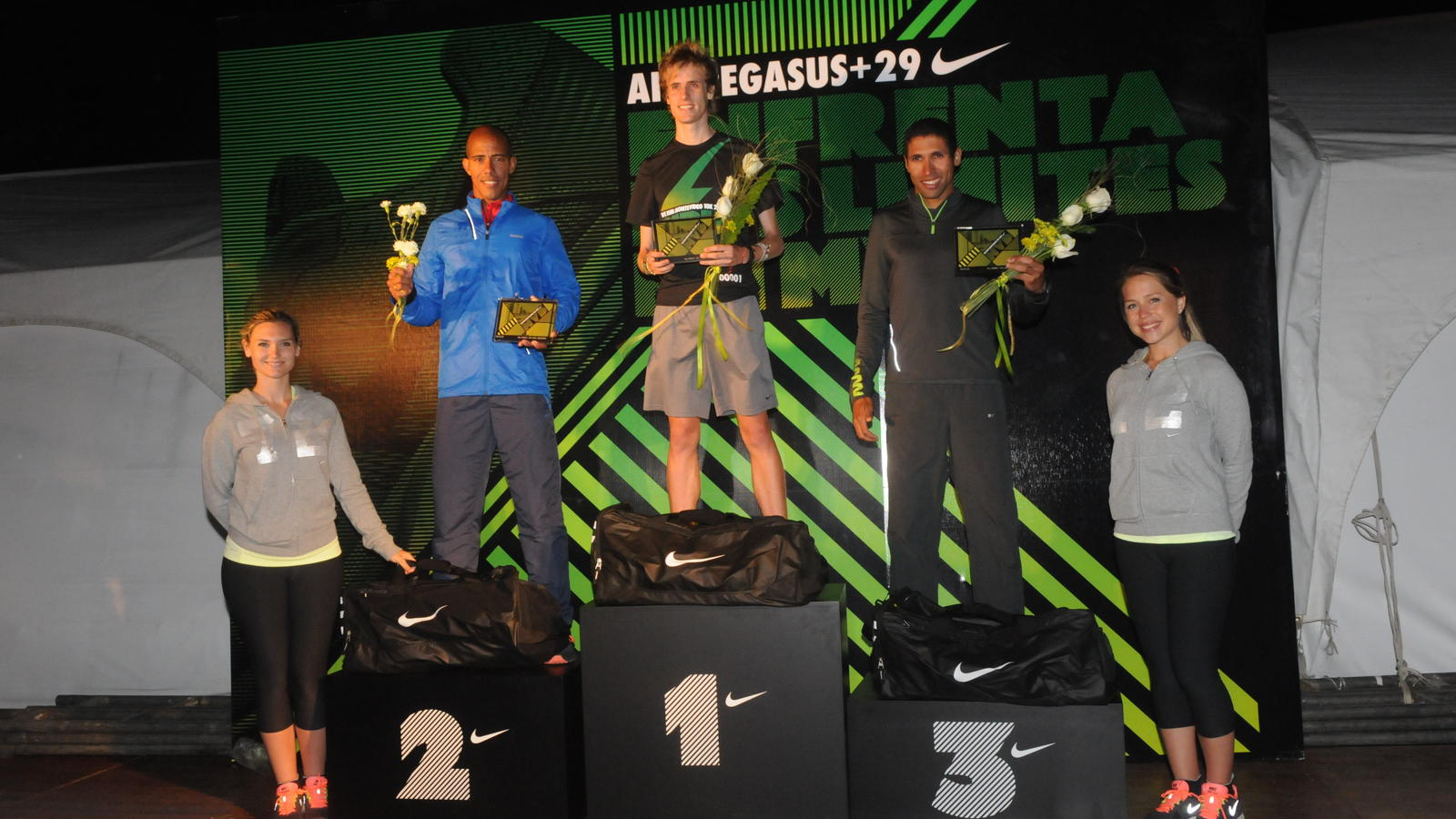 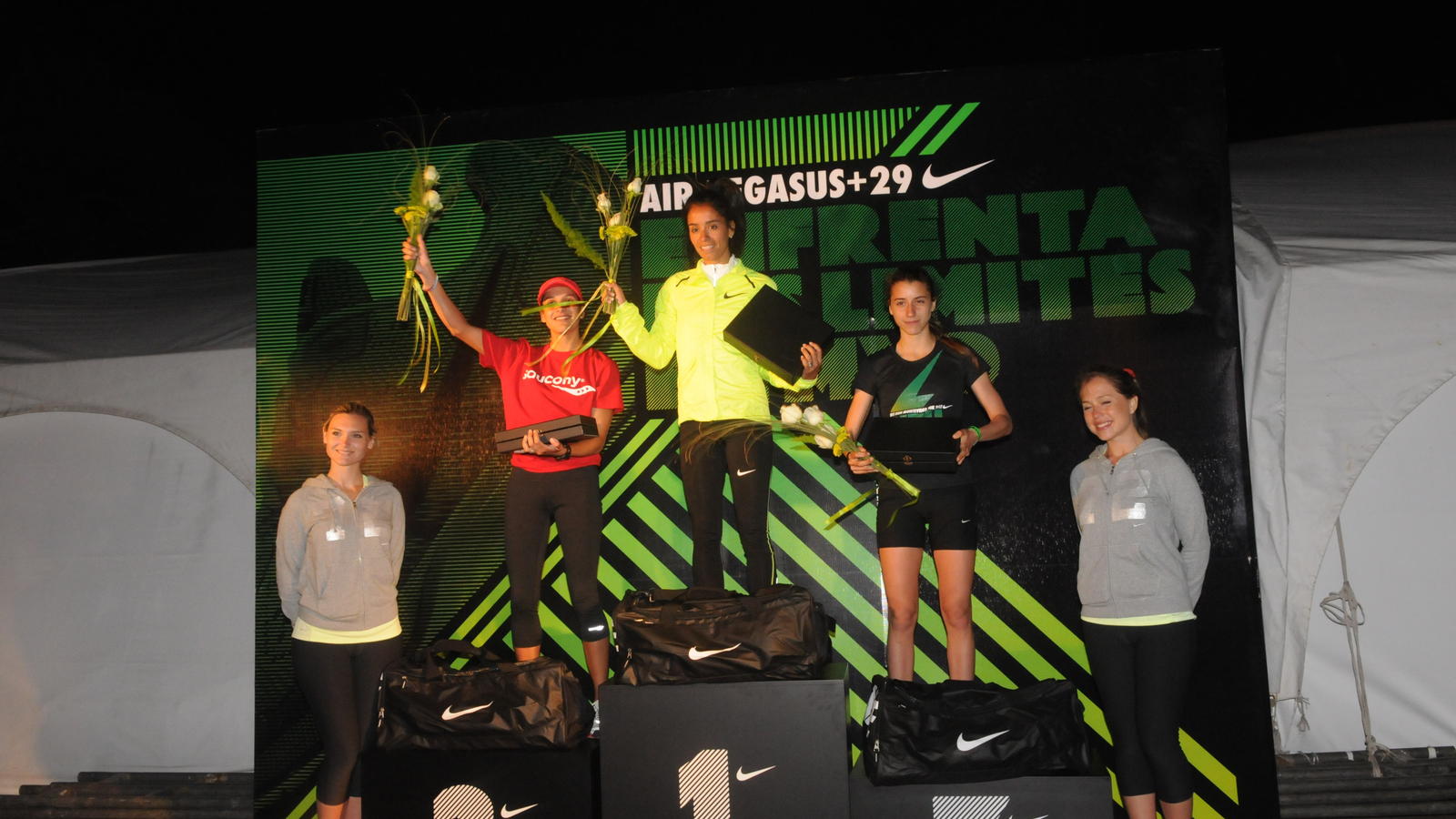 Saturday night in Montevideo, Uruguay, broke with the city's typical tranquil atmosphere as close to 10,000 runners flocked to the Rambla to participate in the Nike We Run 10K -- the most iconic sports event in the country.

Montevideo is one of 32 cities with similar Nike races. The series connects almost 400,000 runners around the world, taking full advantage of Nike+ technology.

In the days leading up the race, runners were able to visit an expo set up on the terrace of Montevideo Shopping. They tested their feet through a Footscan test, tried Nike+, participated in trials of the new Pegasus+29, experienced the new Nike+ Kinect Training, and enjoyed other perks designed to serve runners.

On the evening of the race, runners gathered at the starting line as the sun was setting and participated in a warm-up exercise before a live performance by Luciano Supervielle, a well-known local DJ and member of the band Bajofondo. Massages and water stations were available to runners, and members of the Nike Run Clubs had access to a special VIP section. Nike helped organize a special recycling program to manage waste generated by the race.

The runners departed from Kibón, ran along the coast and headed out on a circuit that passed by the Pocitos area and the popular Parque Rodó, offering a perfect balance between the Río de la Plata in the Rambla and the urban sites.During the race, cheerleaders and music helped runners stay motivated.

This year's winners were Eduardo Gregorio in the men's category, with at time of 30 minutes, 57 seconds. María Peralta won in the women´s general category with a time of 36 minutes, 35 seconds.

"Once more, we see the amazing support of runners for the Nike We Run 10K: the most popular sports event in the country. This is already a classic race that runners expect and is the most recognized sports event in Uruguay," said Mario Guimaraes, manager of the brand in Uruguay.