The Michigan State University football program is defined by courage and unity. Like the ancient Greek Spartan warriors, the Michigan State Spartans’ disciplined focus, harnessed by coach Mark Dantonio, demands both mental and physical toughness on the field and in training.

The team works together as a single harmonious unit and strives for victory above all else. Retreat is not an option. Symbolic of this ethos, the Spartans’ new Nike Mach Speed Football uniform incorporates the latest in Nike innovation as well as a fresh, updated design. 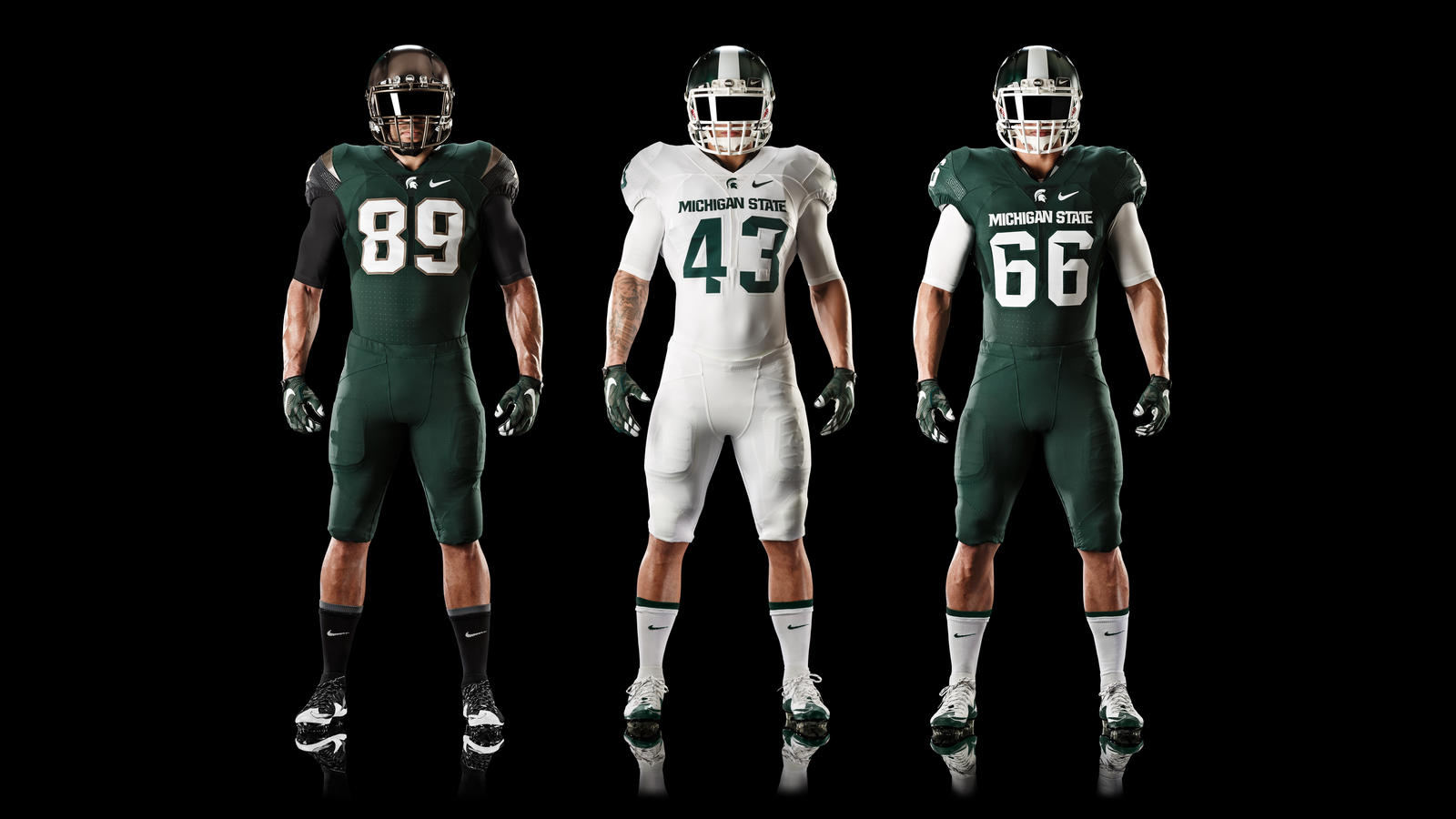 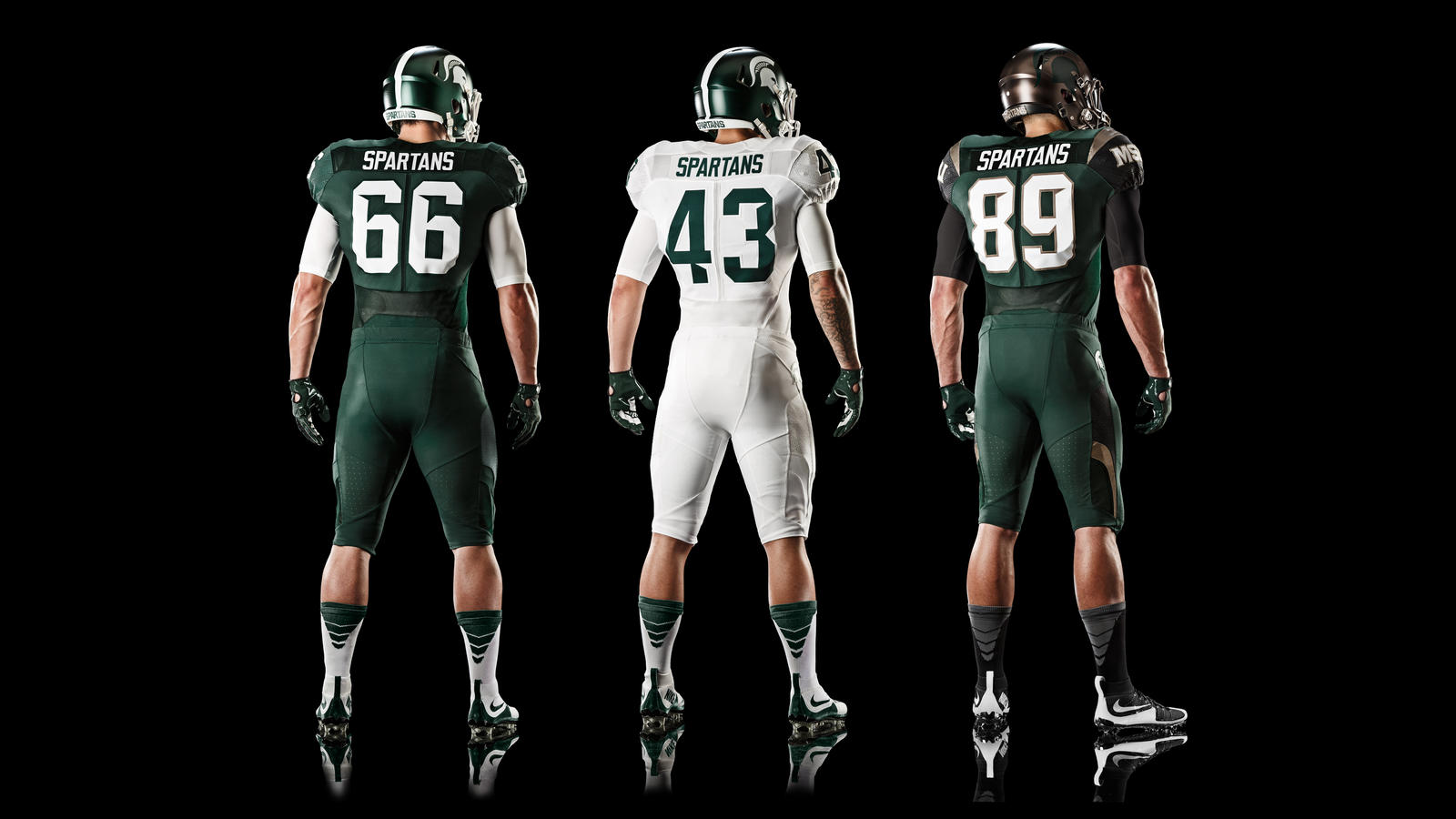 The Spartans’ new uniform features an all-new chassis including the latest in lightweight fabric innovation built for maximum speed, ventilation and comfort. The uniform includes three distinct woven mesh fabrics for optimal thermoregulation. Each panel on the jersey and pants matches specifically to the pads underneath in order to promote maximum airflow.

The updated design is anchored by MSU’s Greek key pattern adorning the jersey sleeves and extending through the pants, as a reminder of strength and power in unity. At home, the Spartans will wear green jerseys, with contrasting white nameplates and numbers, with the option of either white or green pants. The away look reverses the scheme with white jersey and pants with green numbers. The core look also includes a second version of the white pants featuring a contrasting green inset panel. 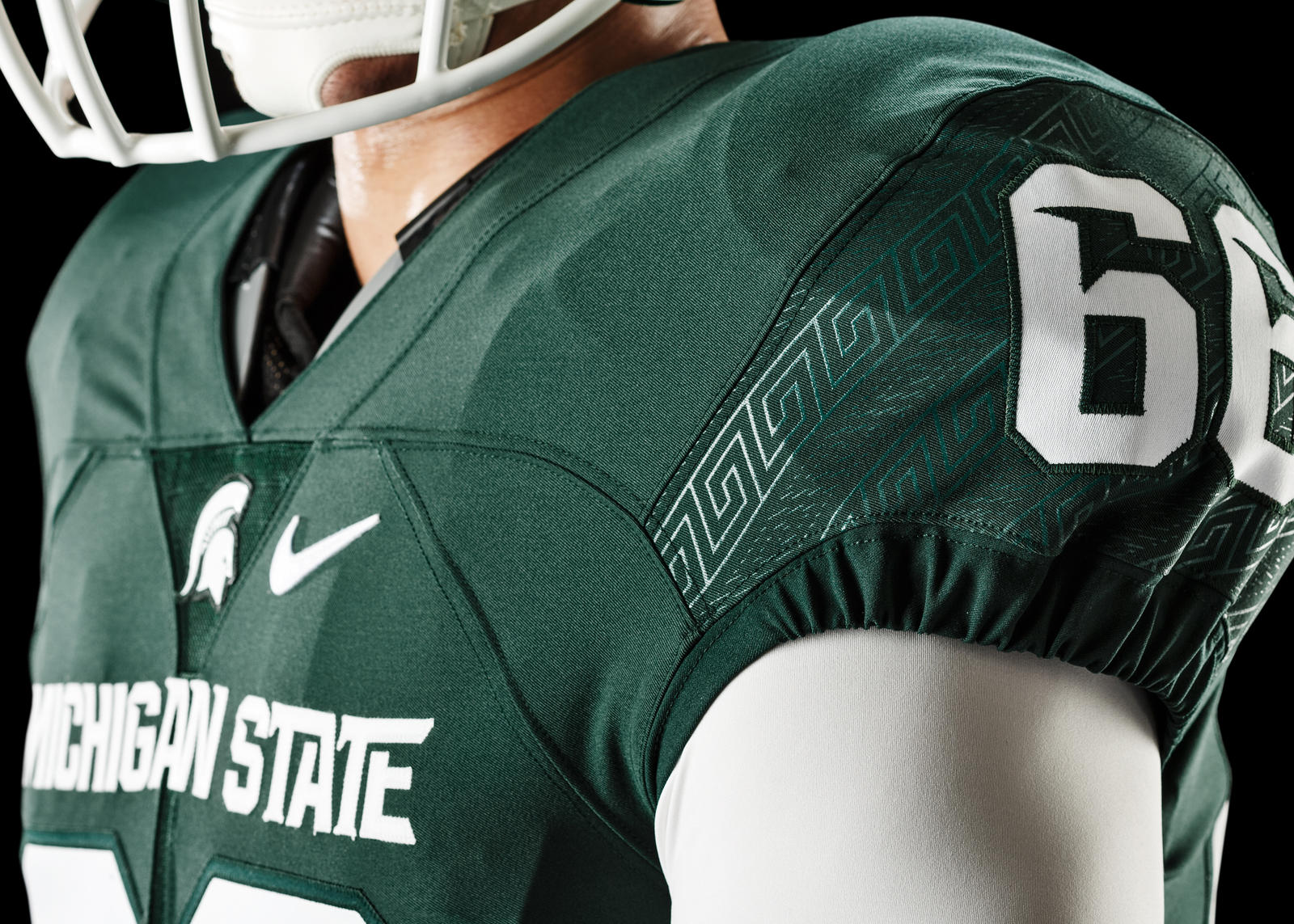 The phalanx battle formation, perfected by ancient Spartan warriors, represents an impenetrable unified front and is known as one of the most feared tactical formations in history. The all-new alternate Spartan football uniform brings this story to life, visually representing the phalanx when the team stands side-by-side on the field. Influenced by Spartan shields, bronze sleeve caps house the MSU logo and pay homage to the gridiron warrior’s homeland. The alternate jersey also features subtle bronze highlights throughout the design. 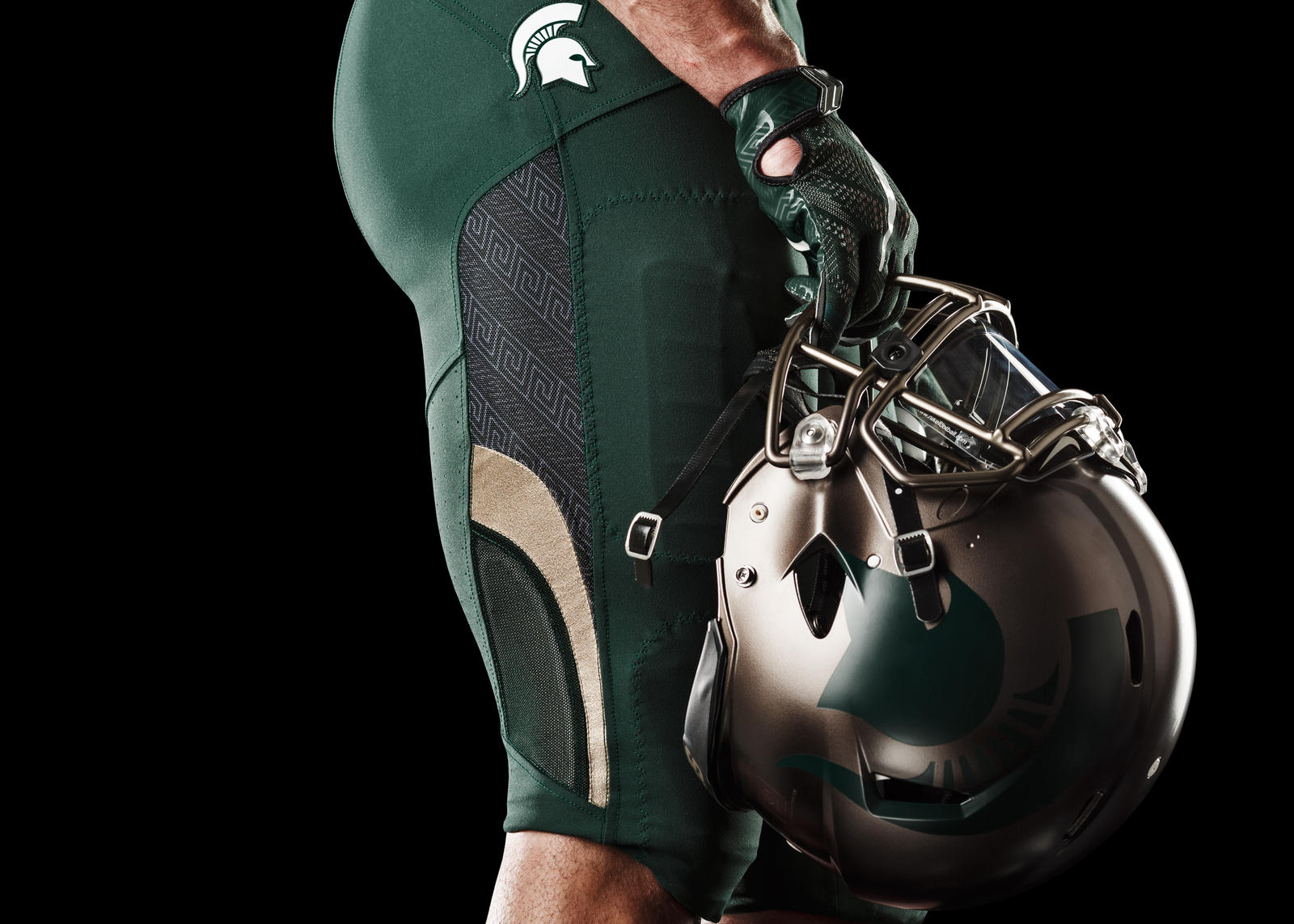 Symbolic of MSU's on-field bravery, the Greek phrase, "molon labe," is embroidered in the back collar of every jersey, echoing King Leonidas’s battle cry to “come and get them” as the Spartans take the field. The phrase dates back to 480 B.C. 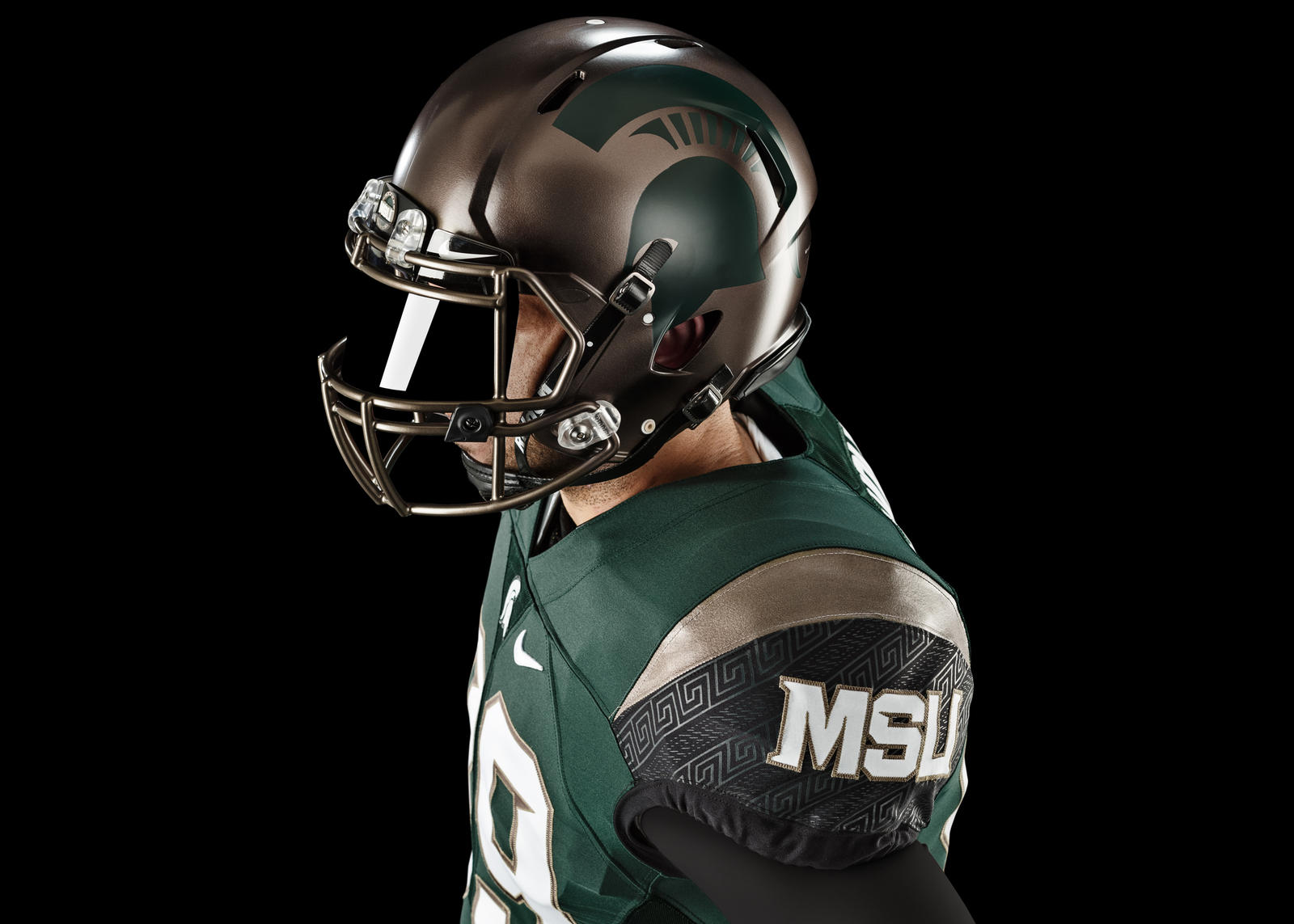 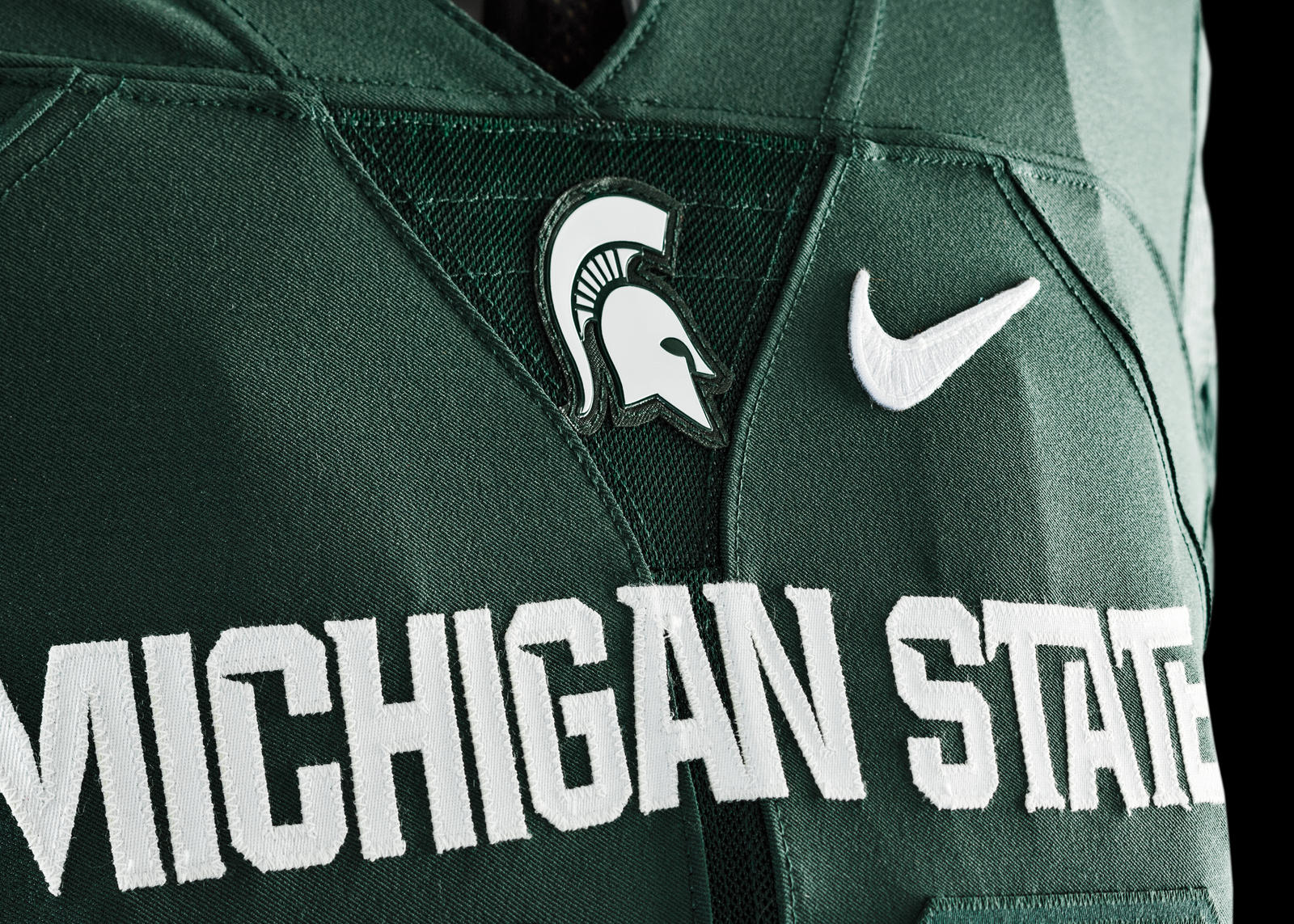 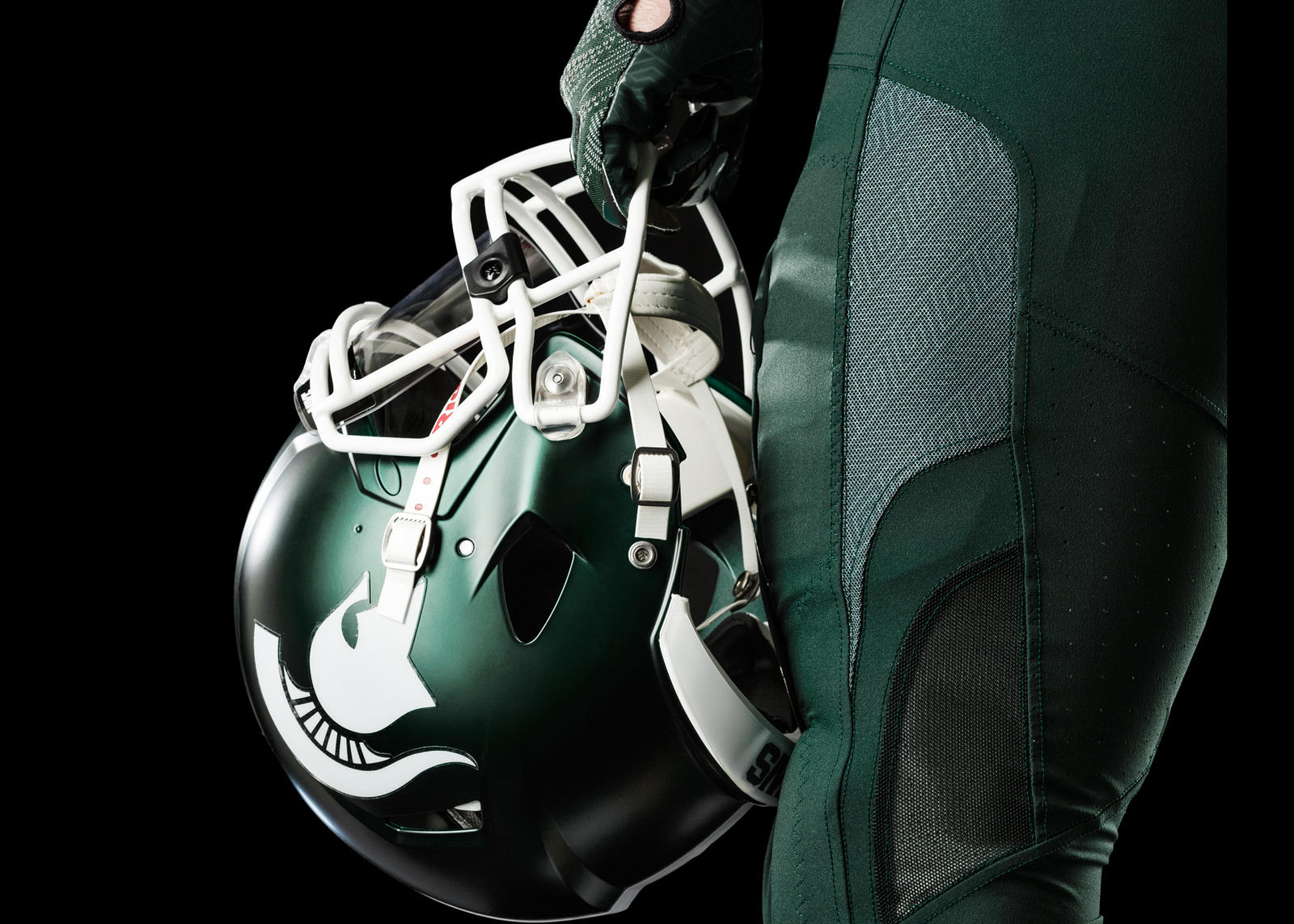 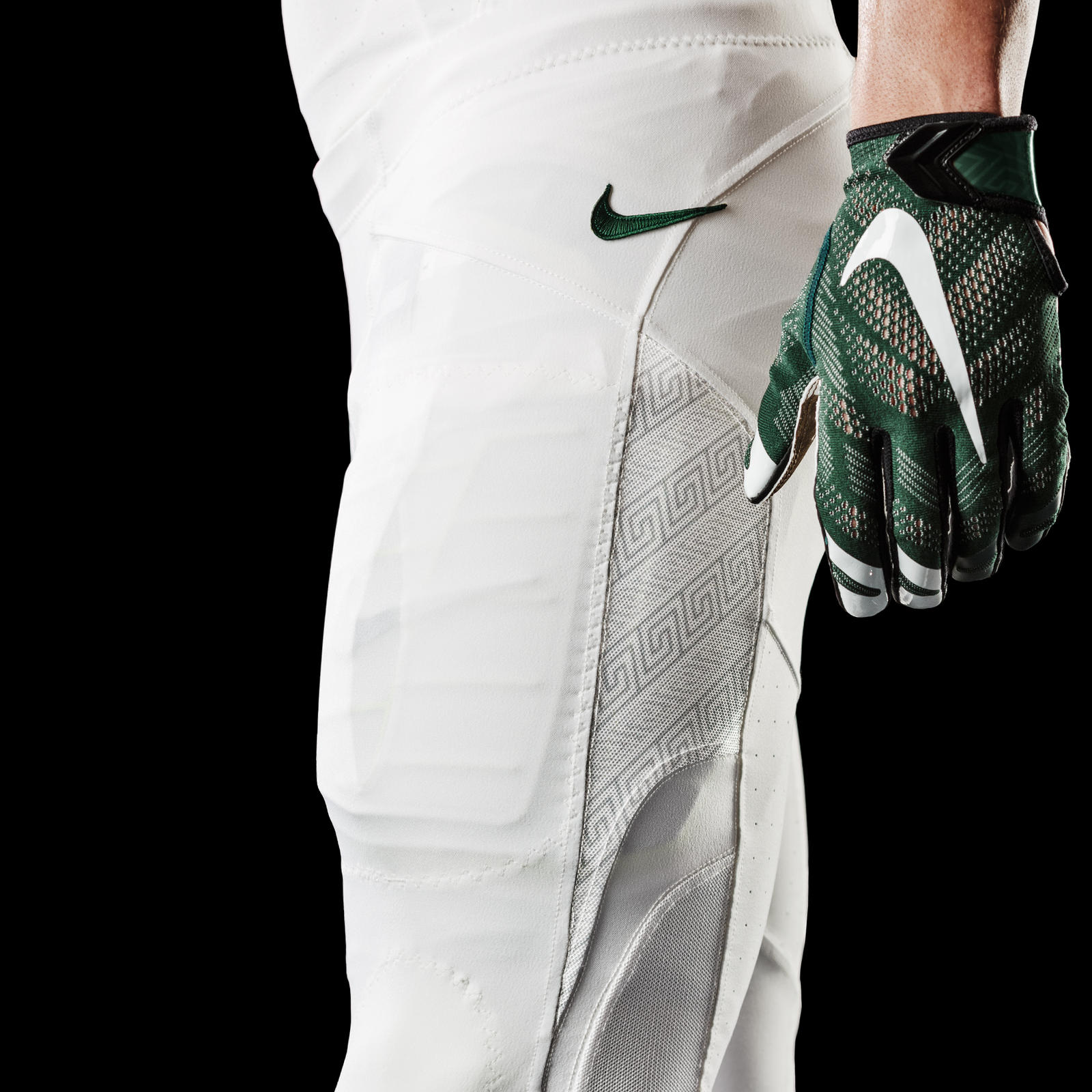 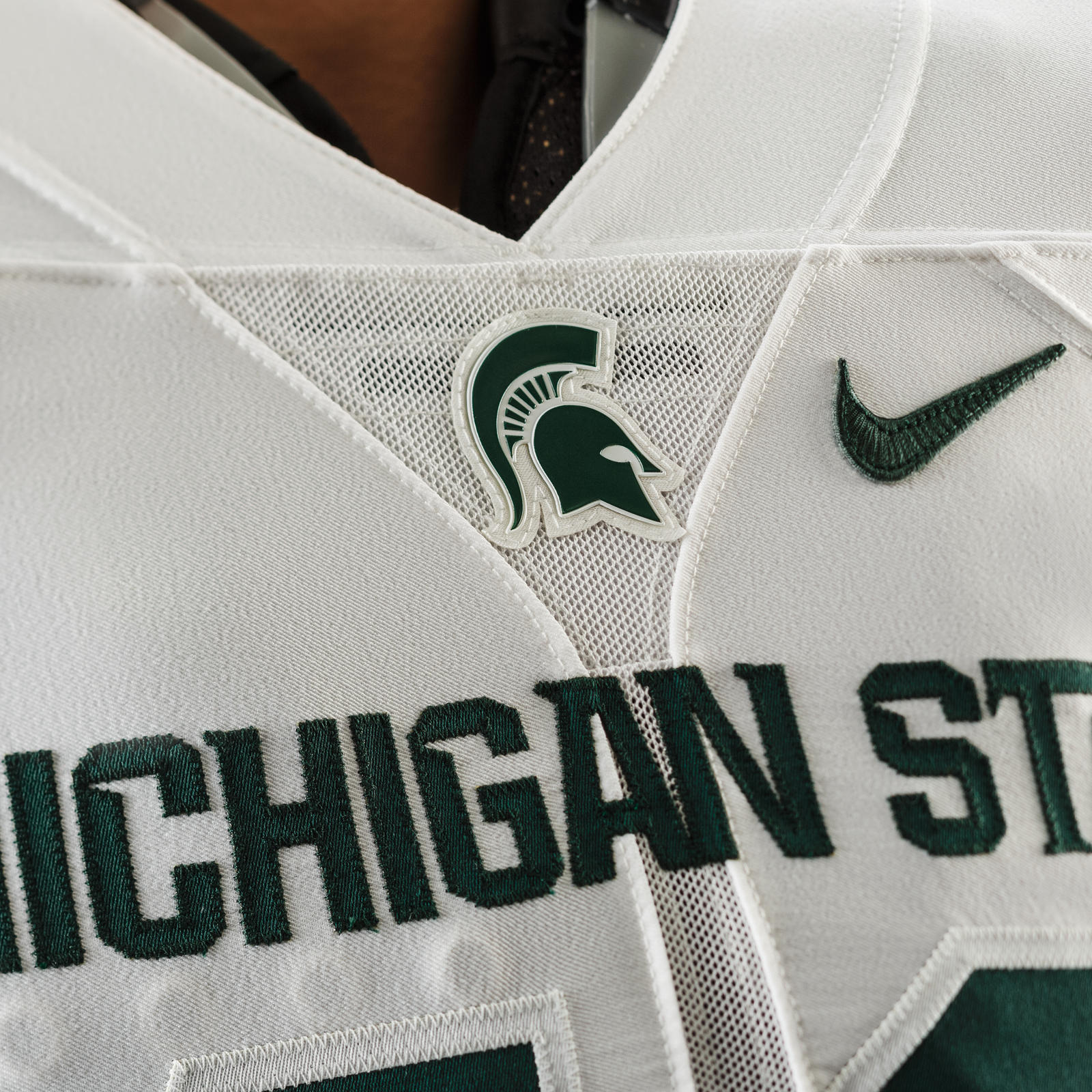 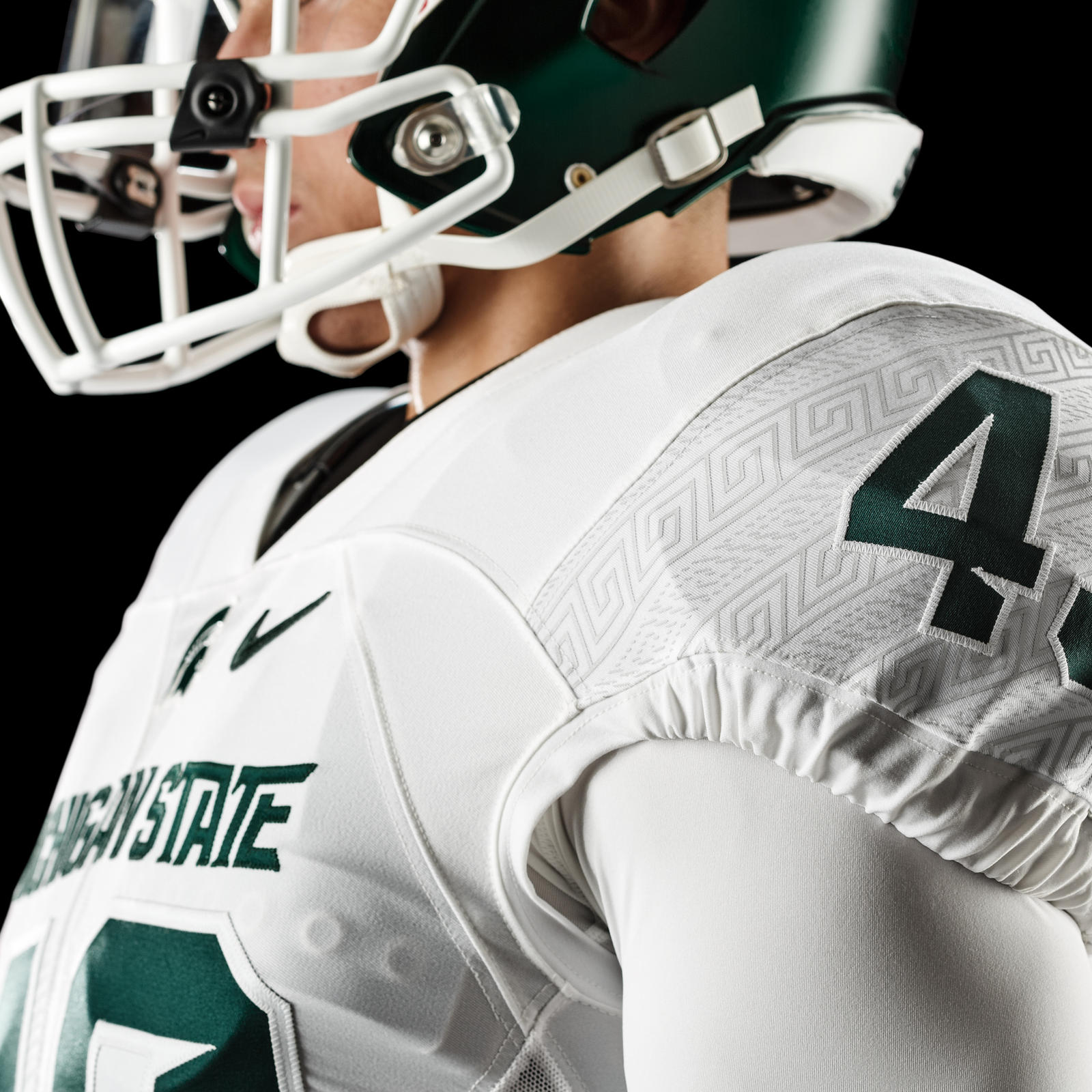 The Spartan logo displays prominently on the helmet, jersey neckline and right hip of the pants. The logo is also revealed as a lockup graphic of the palms of the Nike Vapor Knit Glove. The tonal Greek key pattern on the uniform appears as a printed graphic on the glove palm.

Michigan State has posted a 24-3 record since 2013 and is the only school in the nation to win a Bowl Championship Series game during the 2013 season and a New Year’s Six bowl game last season. 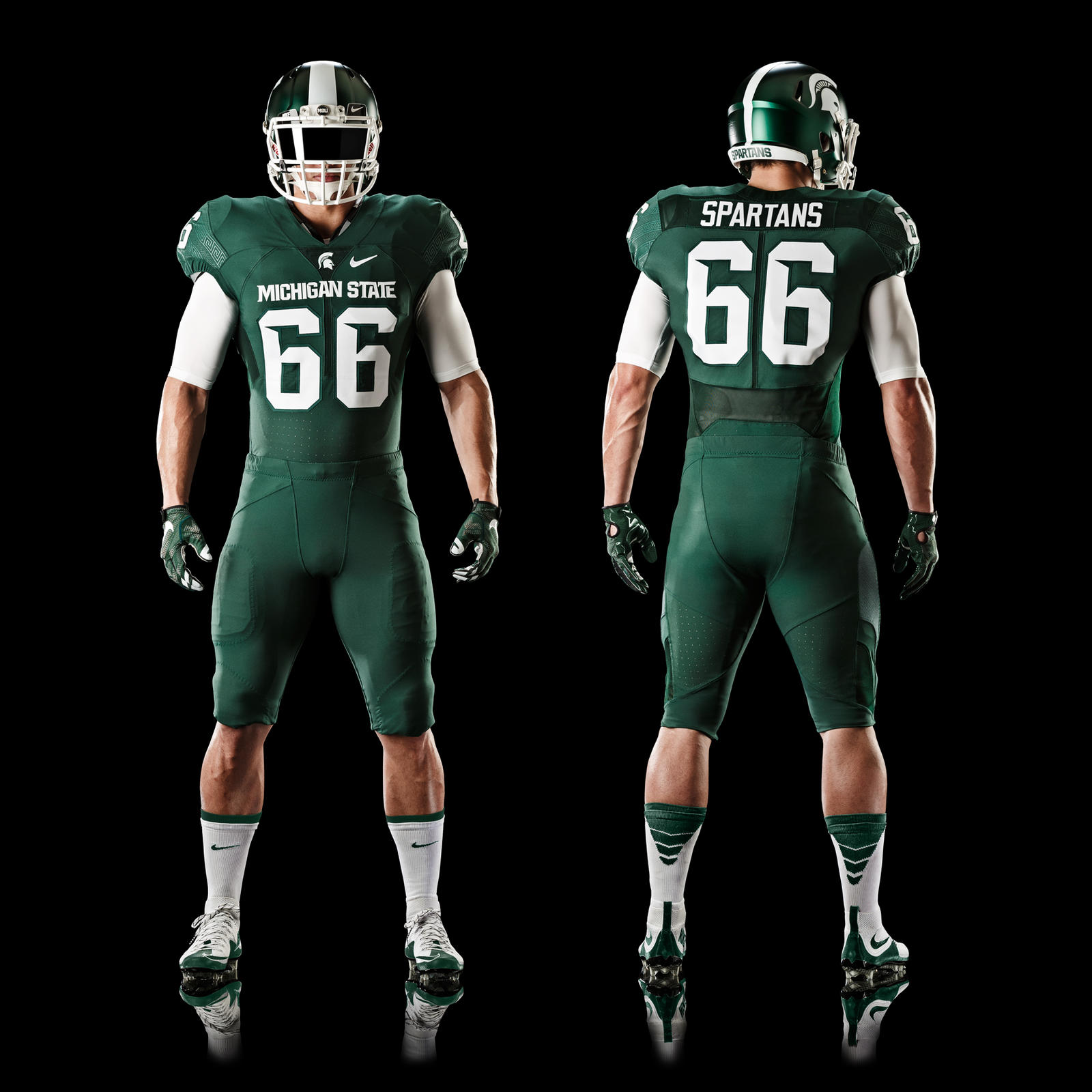 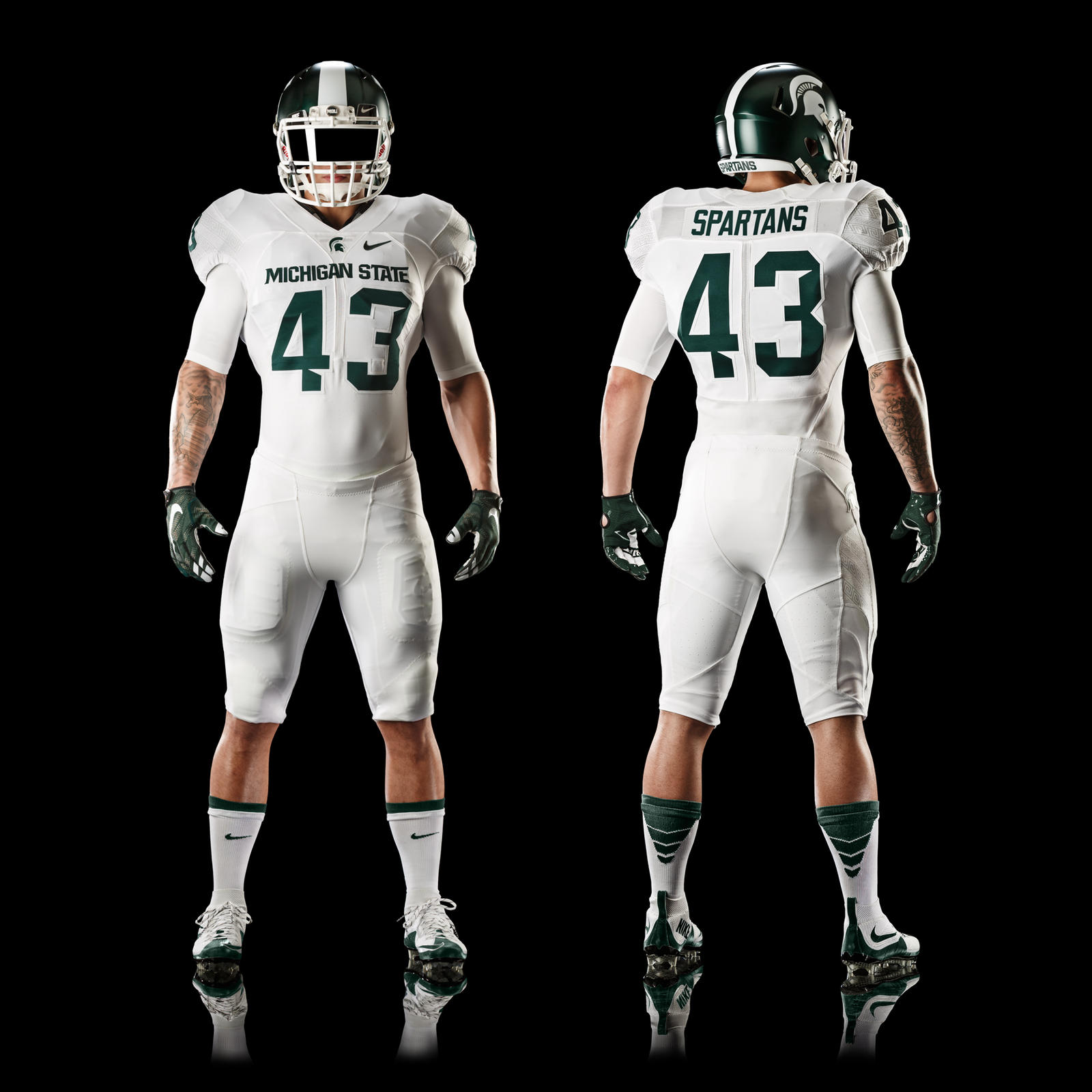 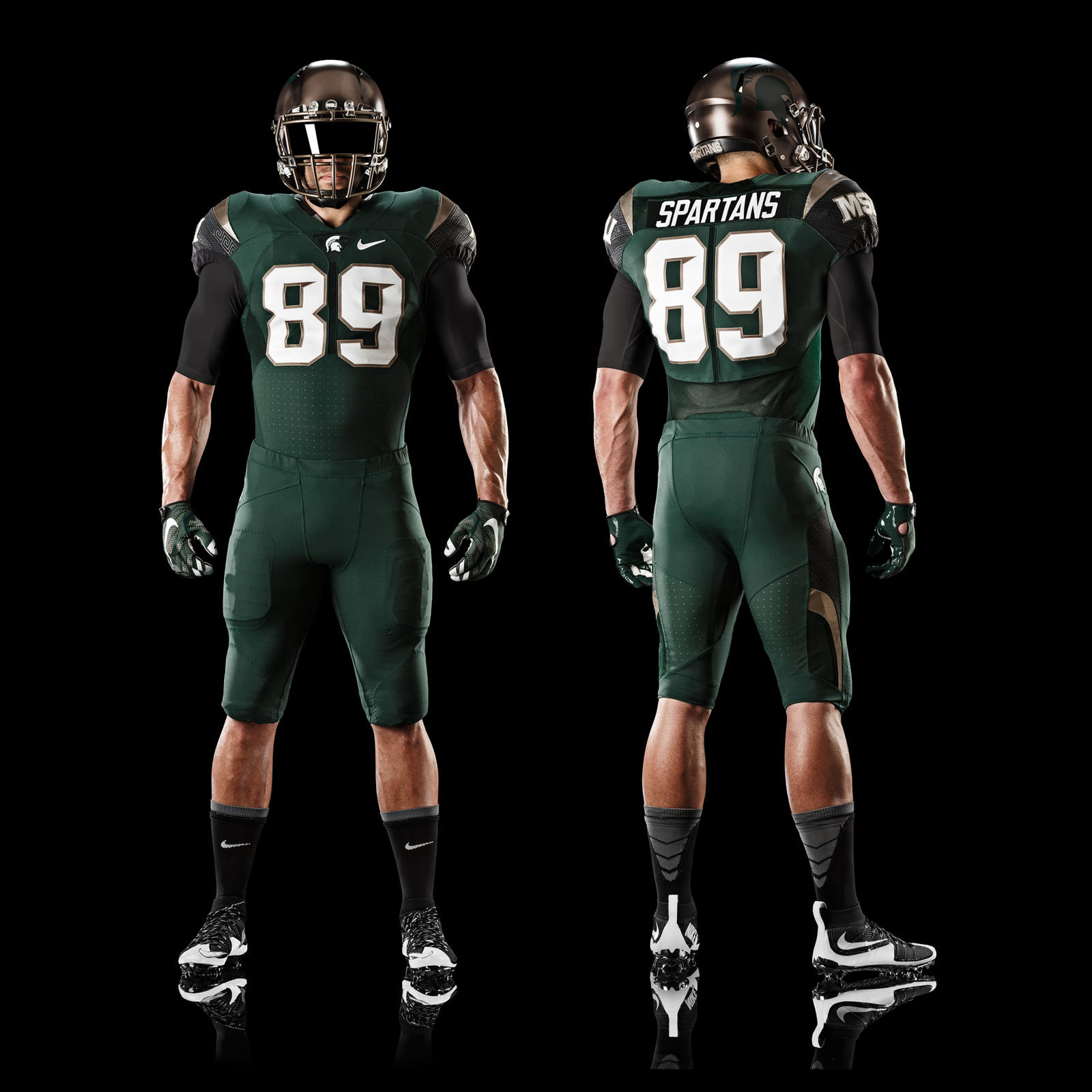