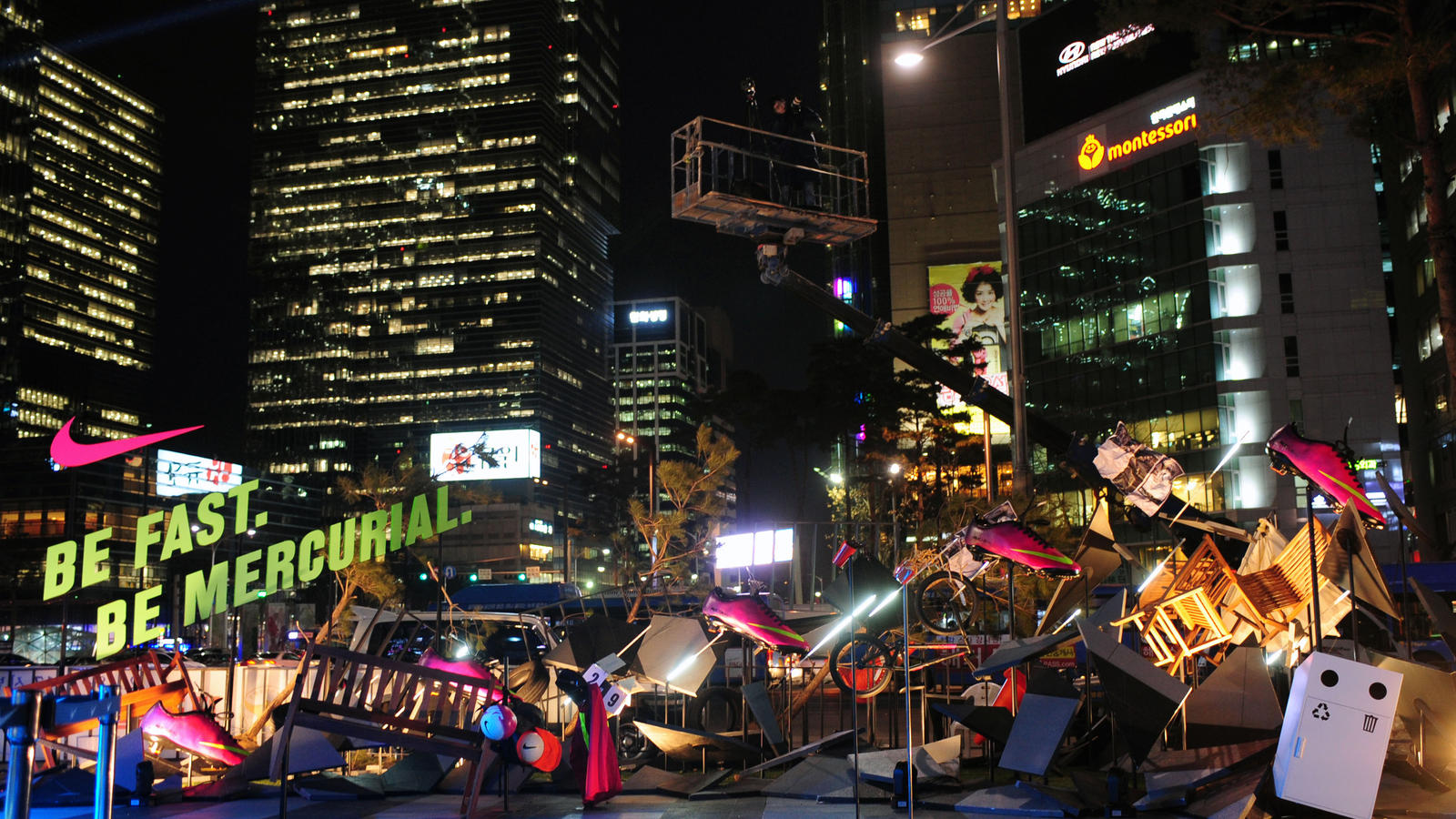 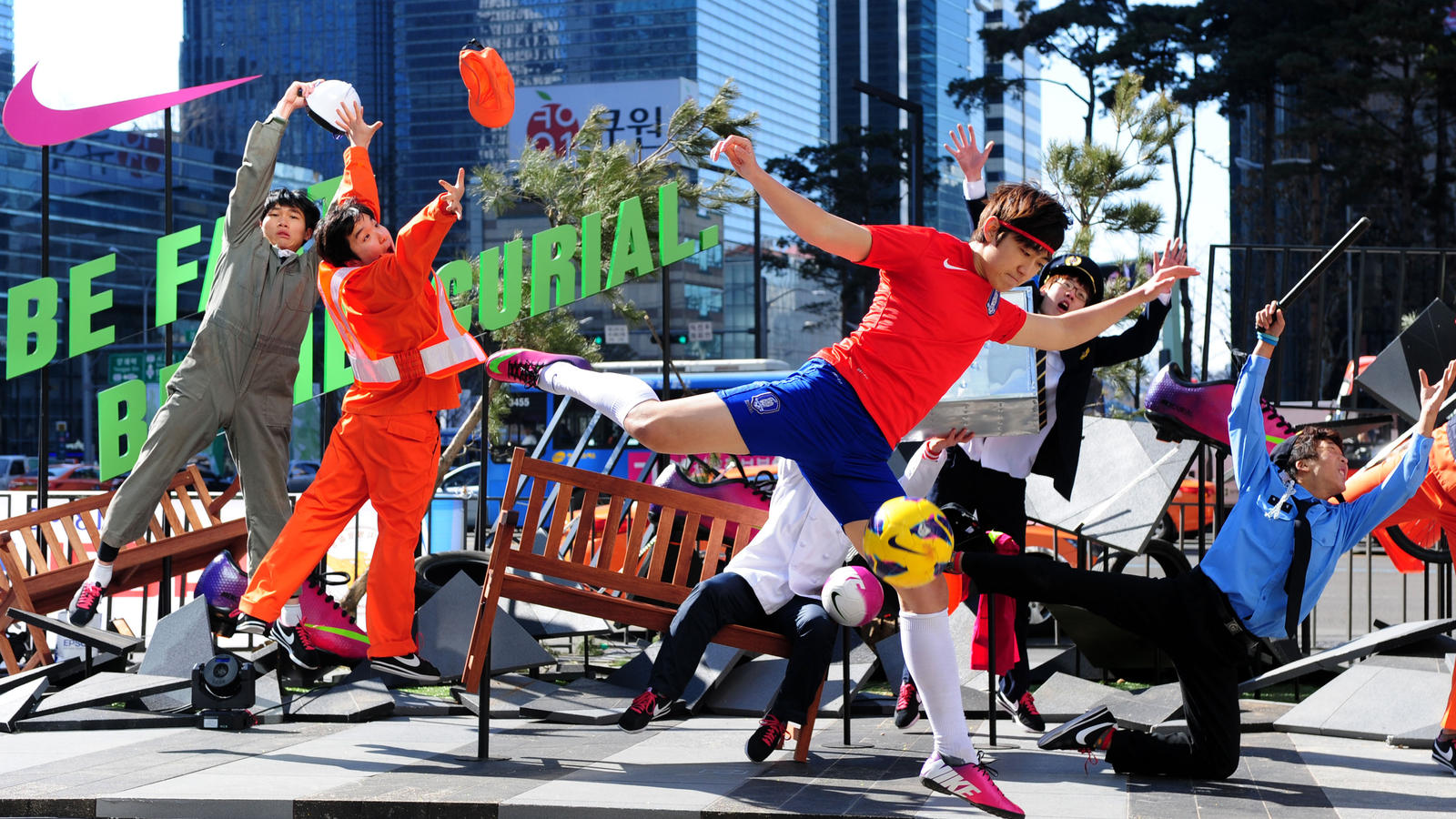 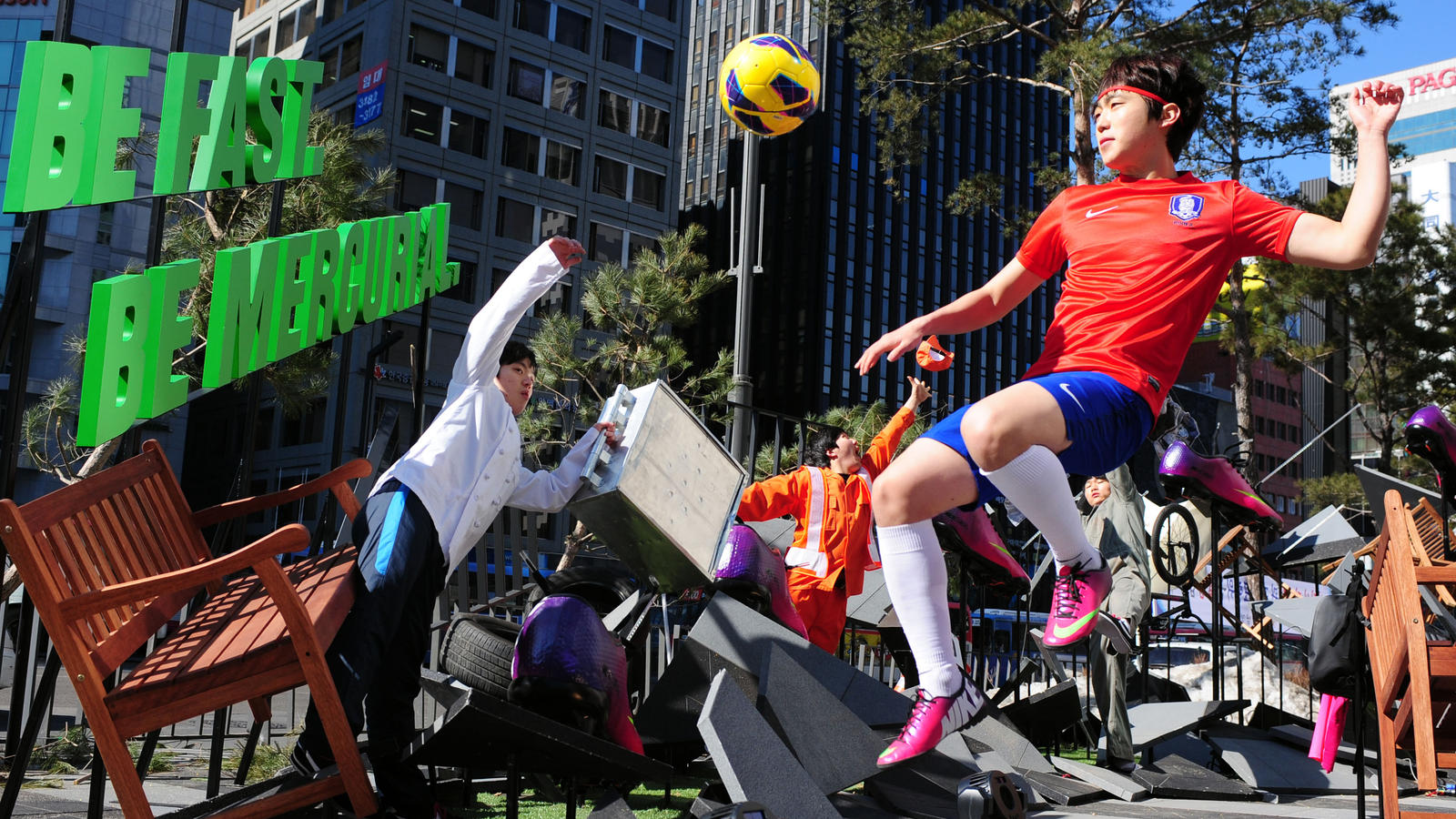 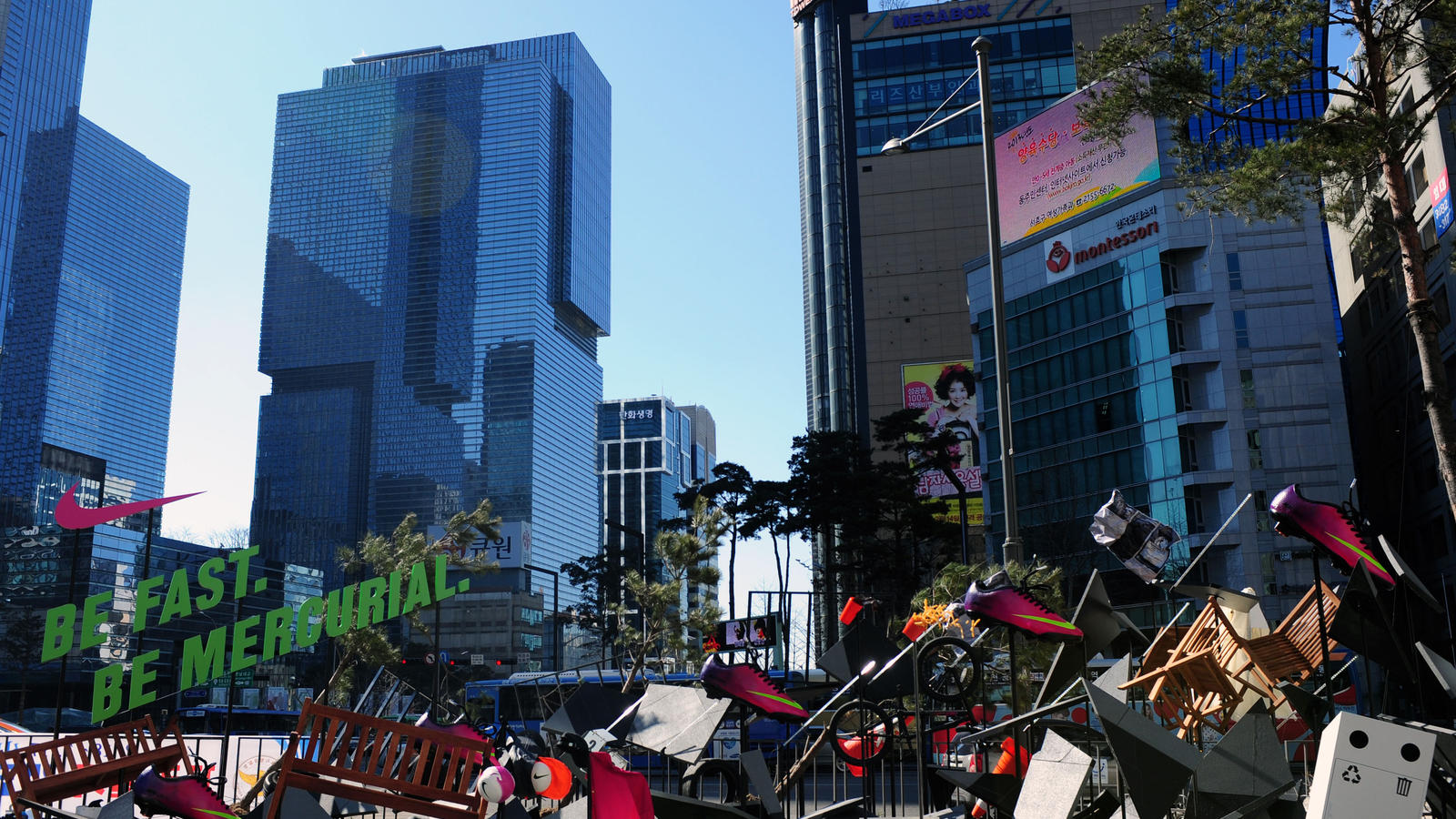 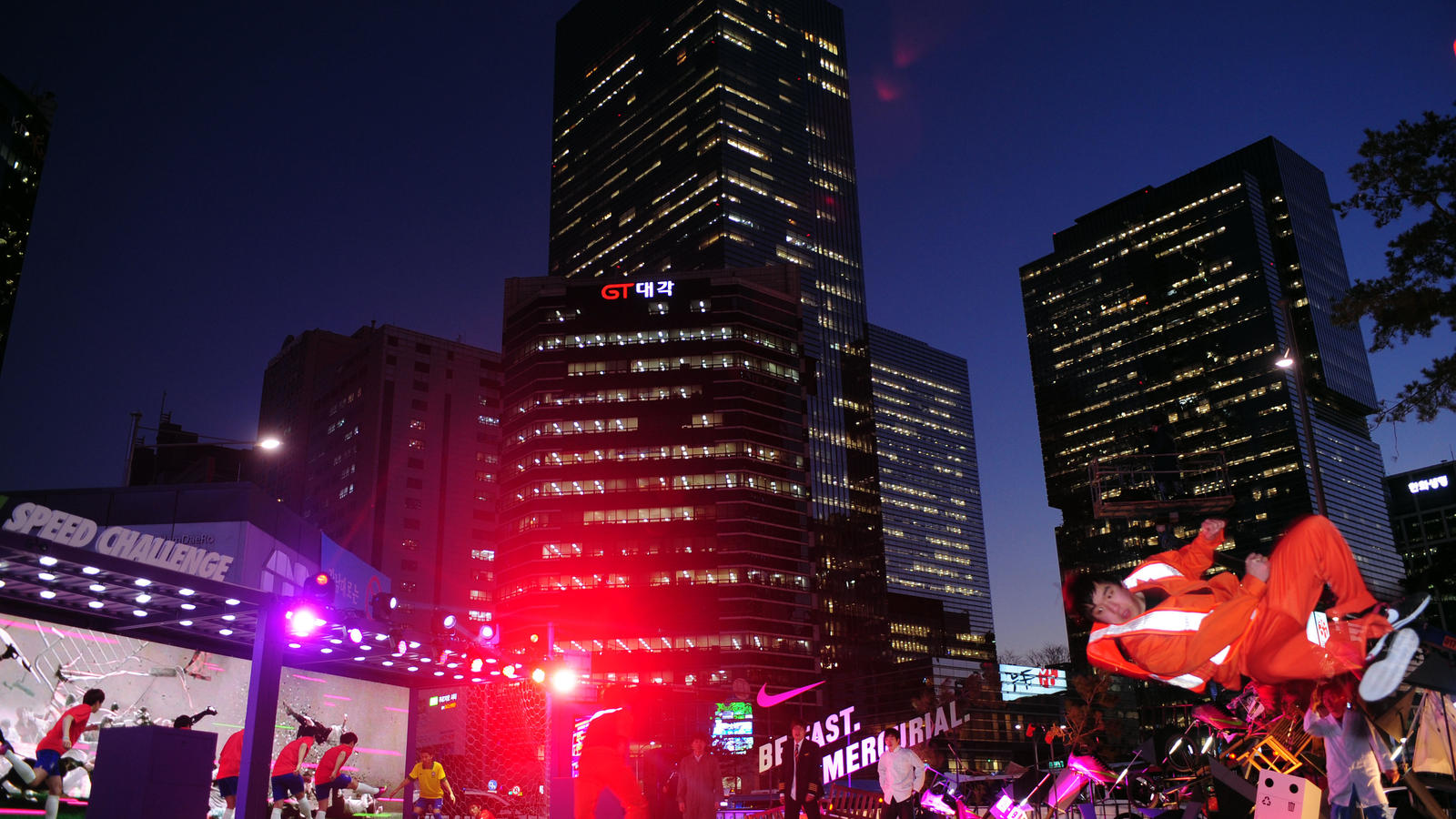 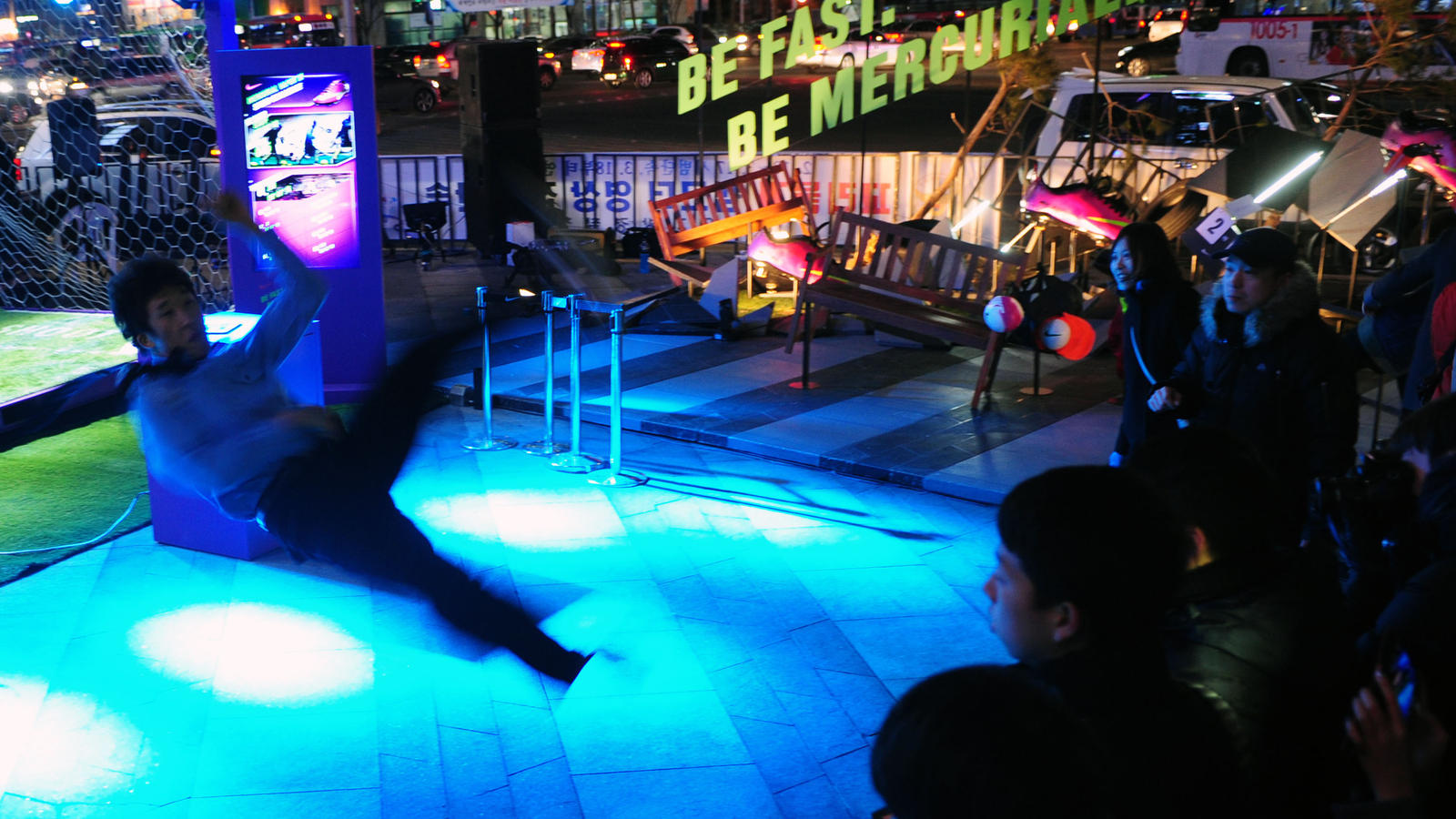 Spirited bedlam broke out in Gangnam, Seoul, South Korea on Feb. 15, as Nike set up an interactive installation to demonstrate the explosive speed of the new Mercurial Vapor IX. The boot is engineered with a completely new upper to deliver lightning speed to beat the opposition when it matters most. Inspired by Nike "Vapor Trail," a new film that illustrates Cristiano Ronaldo's devastating combination of speed and skill coupled with his new Mercurial Vapor IX boots, the multi-dimensional installation “Art of Mercurial IX,” in the style hotspot of Gangnam, Seoul, features speed zone challenges for fans to test their skills; surprise football flash mobs with football freestylers; and martial arts performance teams.

Situated at the largest intersection near the Gangnam metro station and on display until Feb. 23, the exhibit has captivated the public. Bystanders gear up to take part in the speed challenge, weaving through obstacles to demonstrate a combination of explosive speed and tight control of the ball. Results are displayed on a giant electronic screen and each participant receives a full sequential image of their efforts to share via social channels. The fastest participant each day will be awarded a pair of the new Mercurial Vapor IX boots.

In a related activation, also inspired by the Nike "Vapor Trail" film, a flash mob of 22 people depicted an international match, rushing out from a nearby Nike store in full Korea and Brasil team kits. The group stormed downtown, running toward the exhibit where a martial arts team costumed as policemen and other participants from the Vapor Trail film joined out of nowhere. A culmination of music and a simultaneous performance of these two different teams came to an explosive end on the big screen at the exhibit.