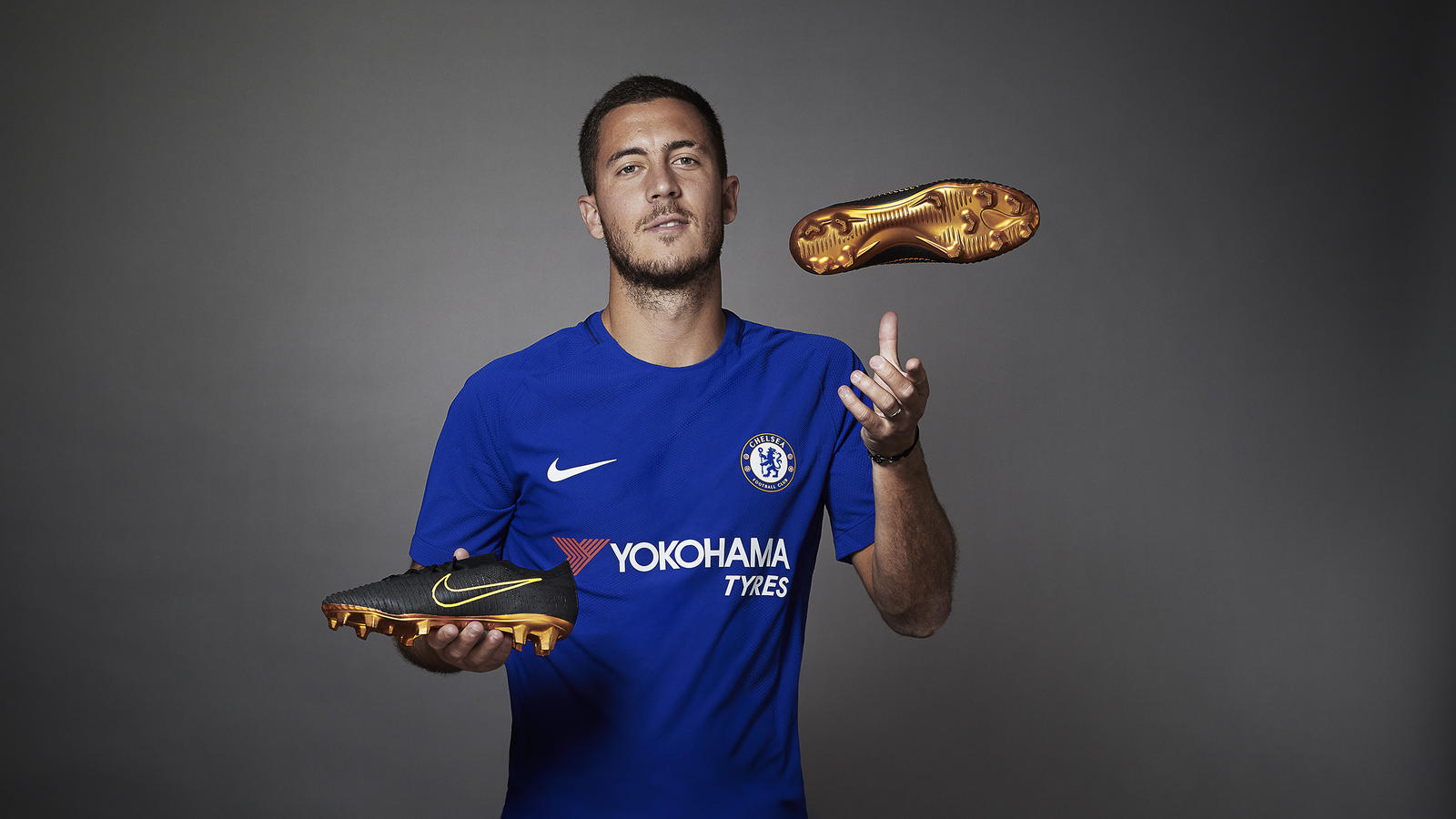 Chelsea’s star midfielder Eden Hazard is back in training, and the Belgian's much-anticipated return to pitch coincides with the debut of the all-new Nike Mercurial Ultra Flyknit Vapor. This is fitting, given that the evolution of the Nike Mercurial and emergence of unique aesthetics in football boots has paralleled Hazard’s career highlights.

“I’ve played with Mercurials for 15 years, and they have always been good. There hasn’t been a colorway I didn’t like,” he says. “I actually haven't had a lot of bad moments in my career — only good memories.”

Here, Hazard, who is taking time out from his rigorous routine, discusses his career-long relationship with the iconic boot's dynasty. 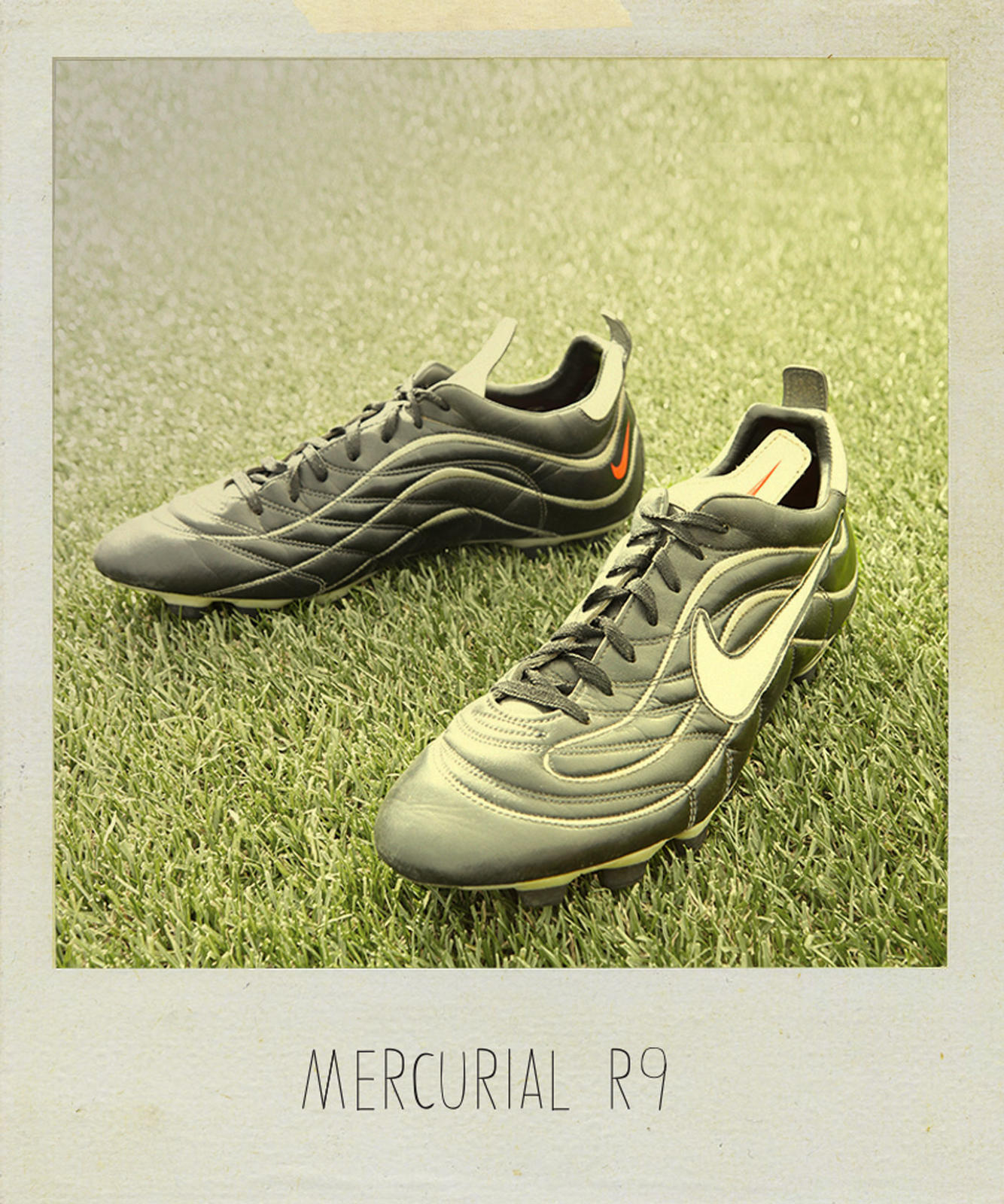 Hazard's mother bought him a version of the original Mercurial, which was worn by the legends he worshipped.

“From that day, I started playing with them on the pitches in my neighborhood and in my club, Braine-le-Comte," he recalls. "Before that, I didn’t have football boots. And since then, more or less, I have been wearing Mercurial." 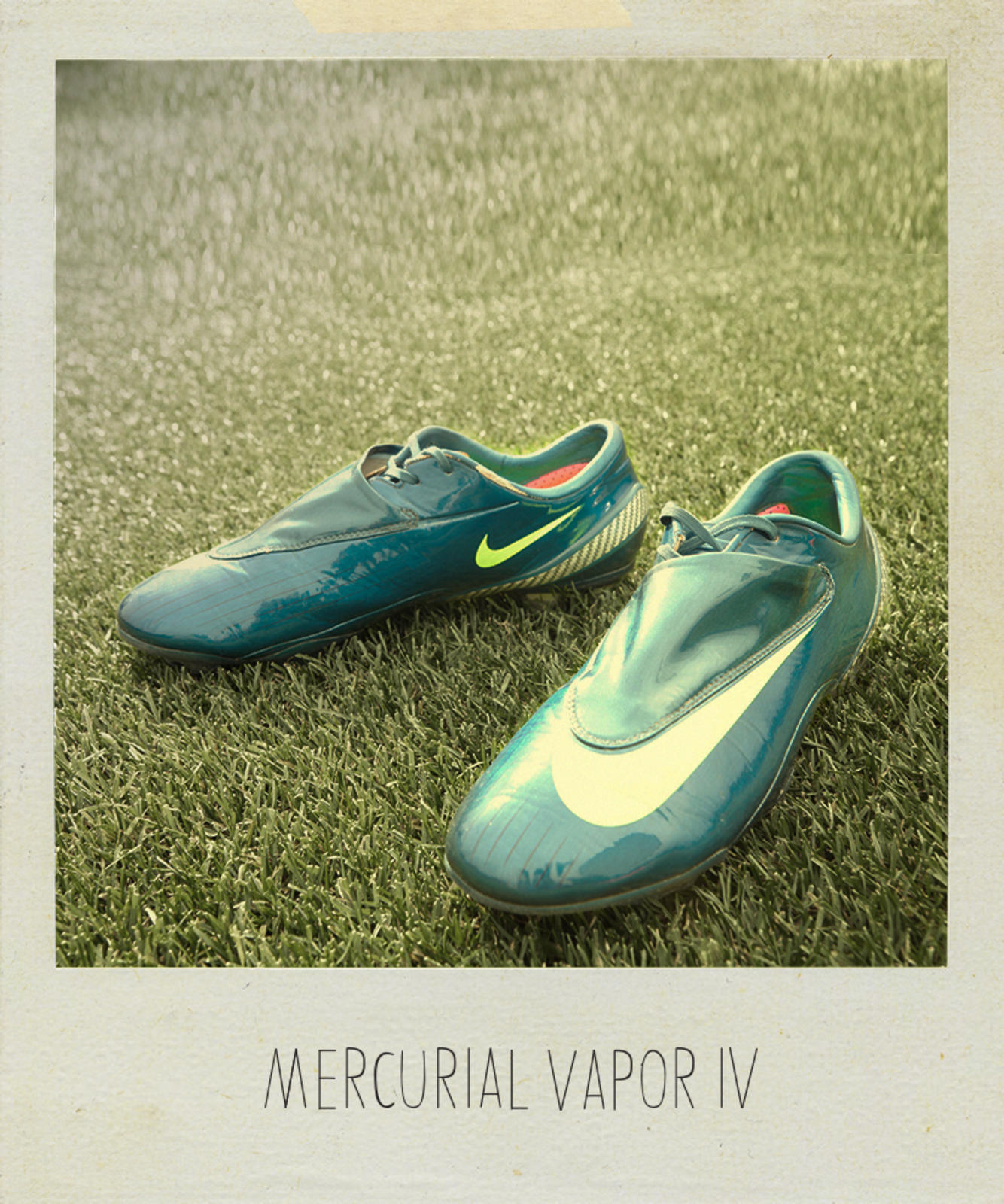 After moving to northern France at 15 to start his career with Lille via the club’s academy system, it didn’t take long for Hazard to get an international senior side call up at the distinctly un-senior age of 17. With only a couple of professional games under his belt, that first cap came as a substitute in November 2008 with the Mercurial Vapor IV on his feet. “I think I got 15 minutes in the end, and it was a great experience for a 17 year old – to get to join all the big names from your country,” he says. “The first game for your country is always special.” 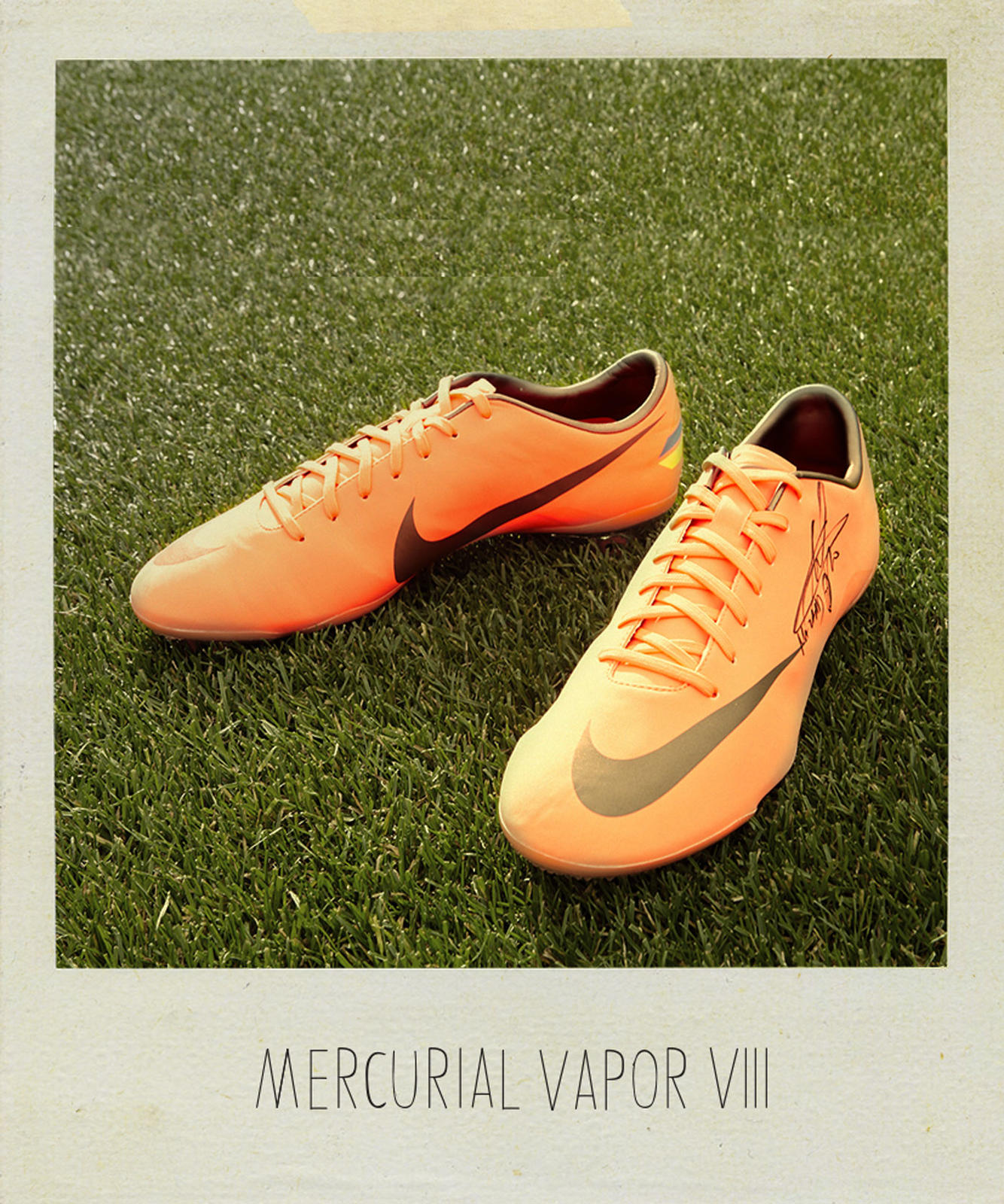 Having developed into a budding world-class player during a seven-year stint in France, Hazard was voted player of the year in his final season. Wearing the mango makeup of the Mercurial Vapor VIII for his last game, he scored a memorable hat trick for Lille. “I wanted to finish in a good way because everyone knew I was leaving after the season,” he said. “The game started, and I think I got three goals already in the first half. In the end, when I was substituted, I saw a lot of Belgian flags in the stands and I saw all the people who came to see me."

According to legend, that match was played after some premature celebrations the night before. Hazard laughs at the memory. “It wasn’t a party but we knew we’d finish third, so we said we would go for an evening together. It’s true that I didn’t sleep a lot before the game!” 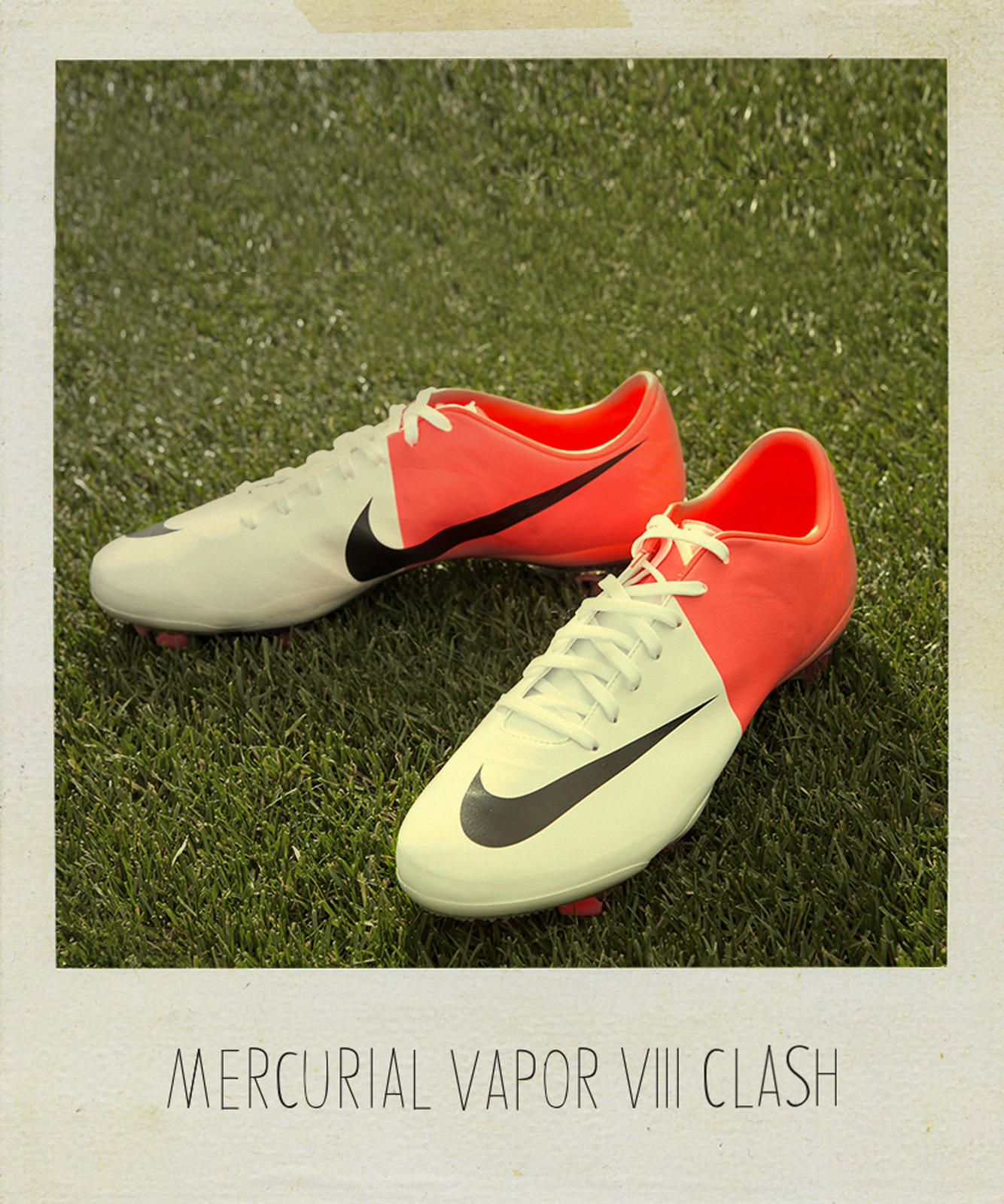 Despite a nerve-wracking relocation to London, Hazard scored in the first exhibition game and first league game wearing the unmistakable contrast of the Clash Mercurial Vapor VIII. He remembers those summer 2012 moments vividly. “In general, that time was like a dream, to play at Stamford Bridge, to score and to see all the fans — not just in the stadium but also after the game. To see the fans in the streets celebrating the game was something very good for me.” 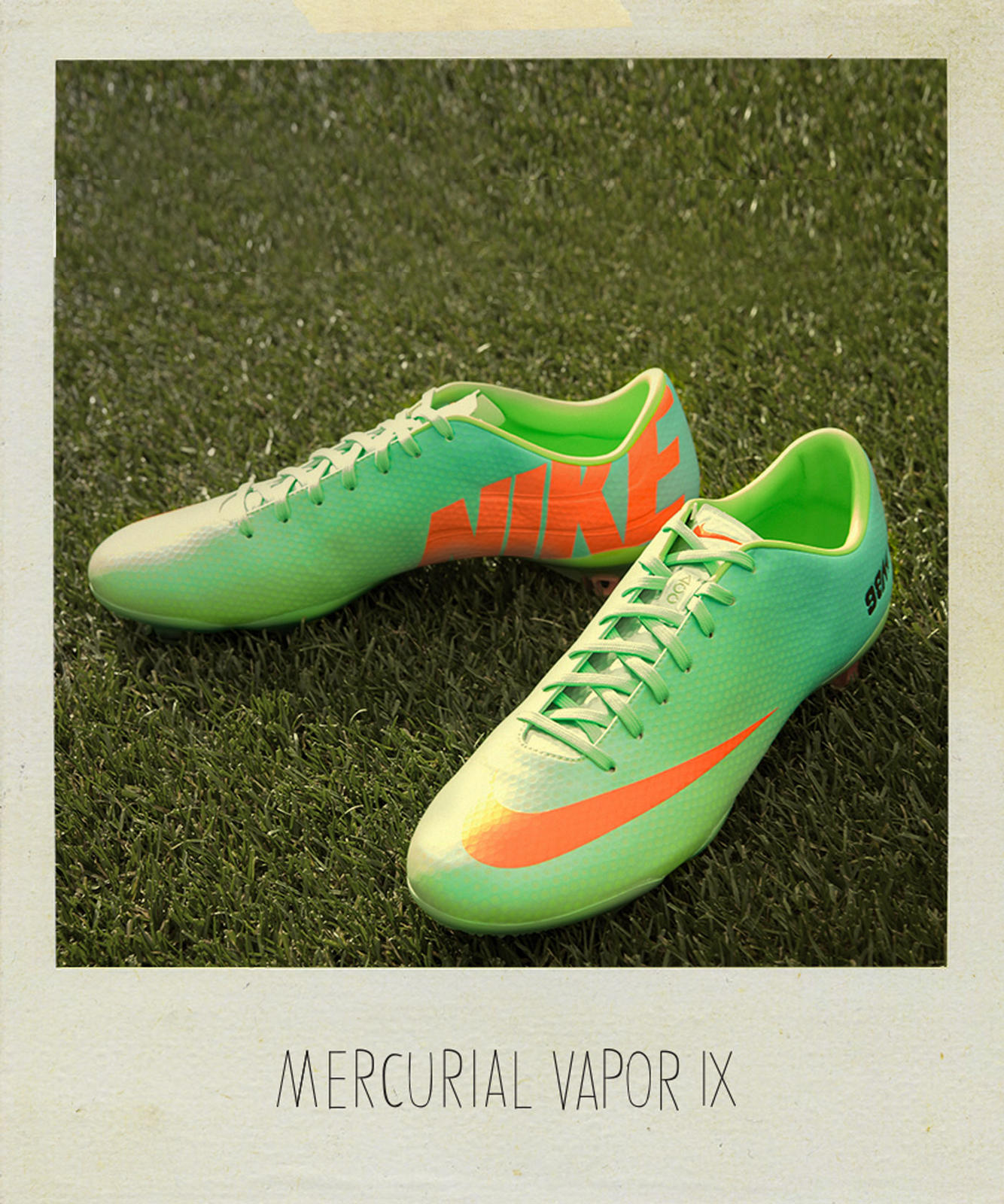 Another benchmark with Chelsea arrived when a more experienced Hazard scored his first Premier league hat trick for a 3-0 victory in early 2014 while wearing the Speed Control assisted Mercurial Vapor IX. “I’ve only scored one hat trick with Chelsea, so I remember it well. We were playing at home and everything worked out for me. I was flying on the pitch. Everything I tried seemed to work.” 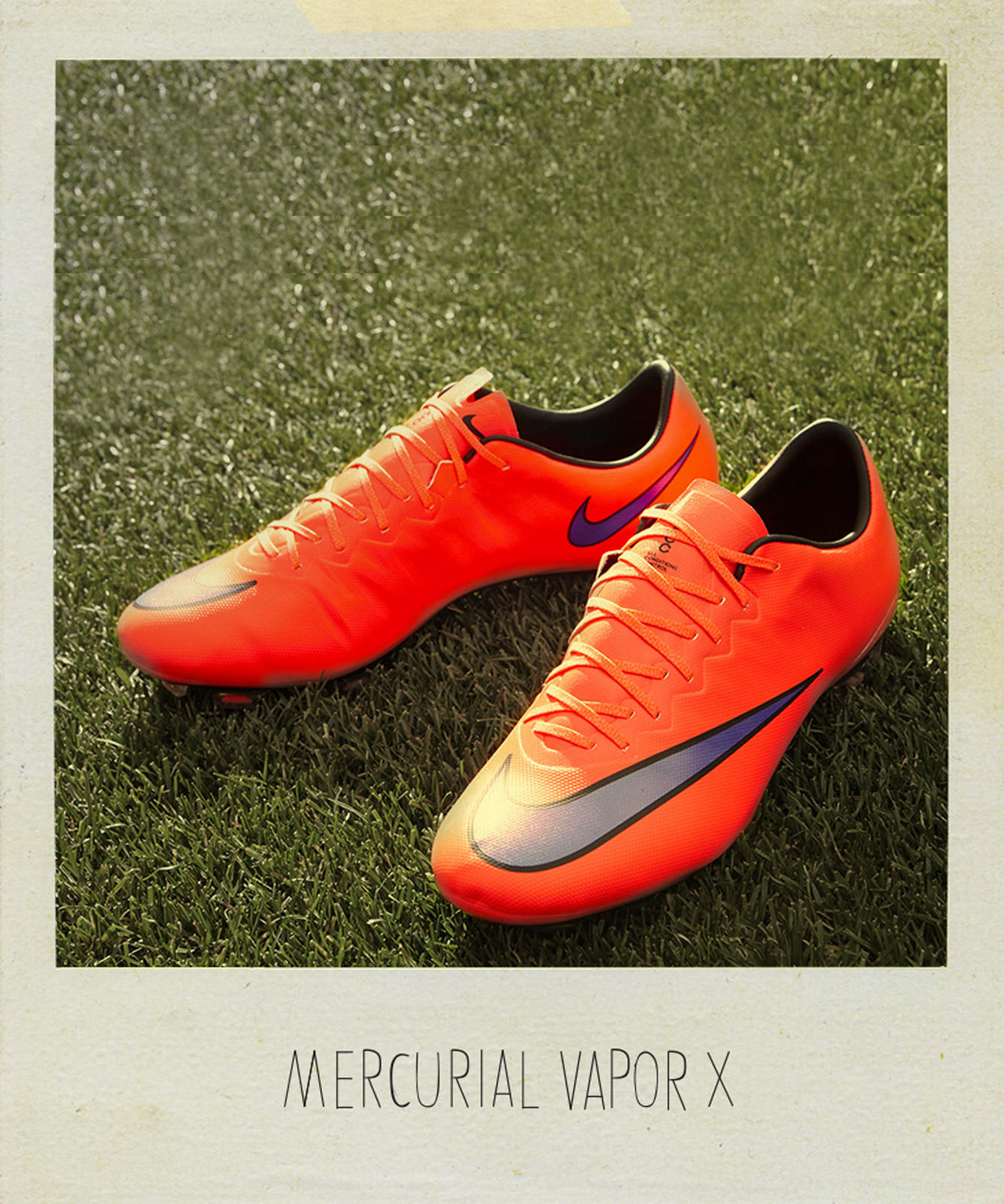 For Chelsea fans, bright red on a Mercurial X might represent glory, but for the self-critical Hazard, even 2015’s league title the winning goal didn’t meet his standards. “Yes, I scored the goal for the title, but before the goal, I missed the penalty,” he notes. “I took it but I missed, but I got lucky that the ball bounced back to me and I finished with my head. It was not the most beautiful of goals, but the goal was important.”

That penalty technique is still very much in development. “I have my style — waiting for the goalkeeper to make a move first," he says. "I think now I need to change my penalties a little bit because all goalkeepers know how I shoot.” 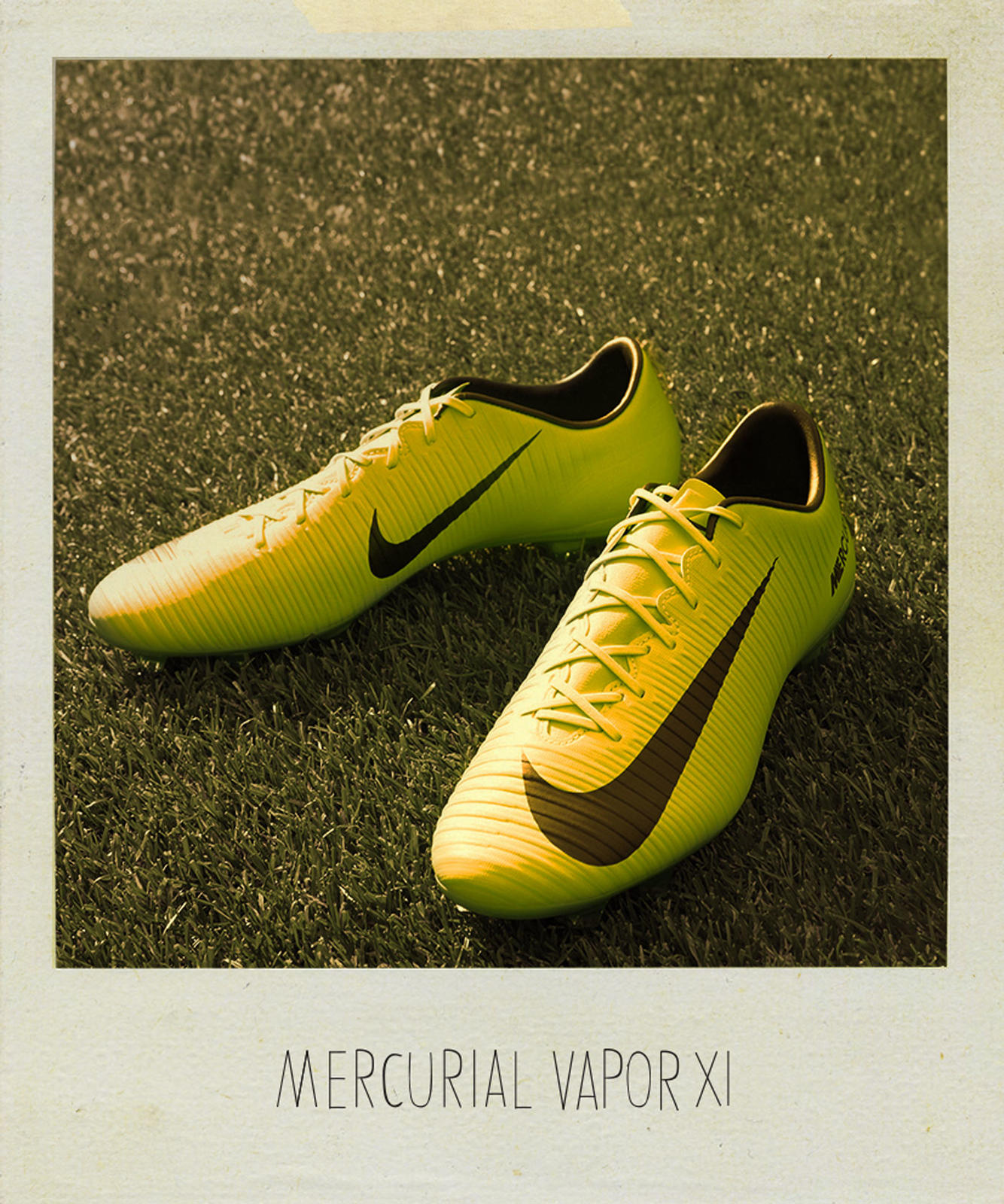 Despite his exacting standards of what constitutes a glorious goal, Hazard has his favorites and notes one stunning shot during a London derby as a standout. That February 2016 masterpiece captured the player's style and technique and showcased the Mercurial Vapor XI. "That is always a massive game," he says. "They are a good club. We lost the first game we played against them so we needed to get revenge, and we won 3-1."

He explains: “I tried to bring the ball forward. I dribbled some players and then I just tried to finish. I was a bit lucky in the end with the finish, but the most important thing is that the ball went in.” 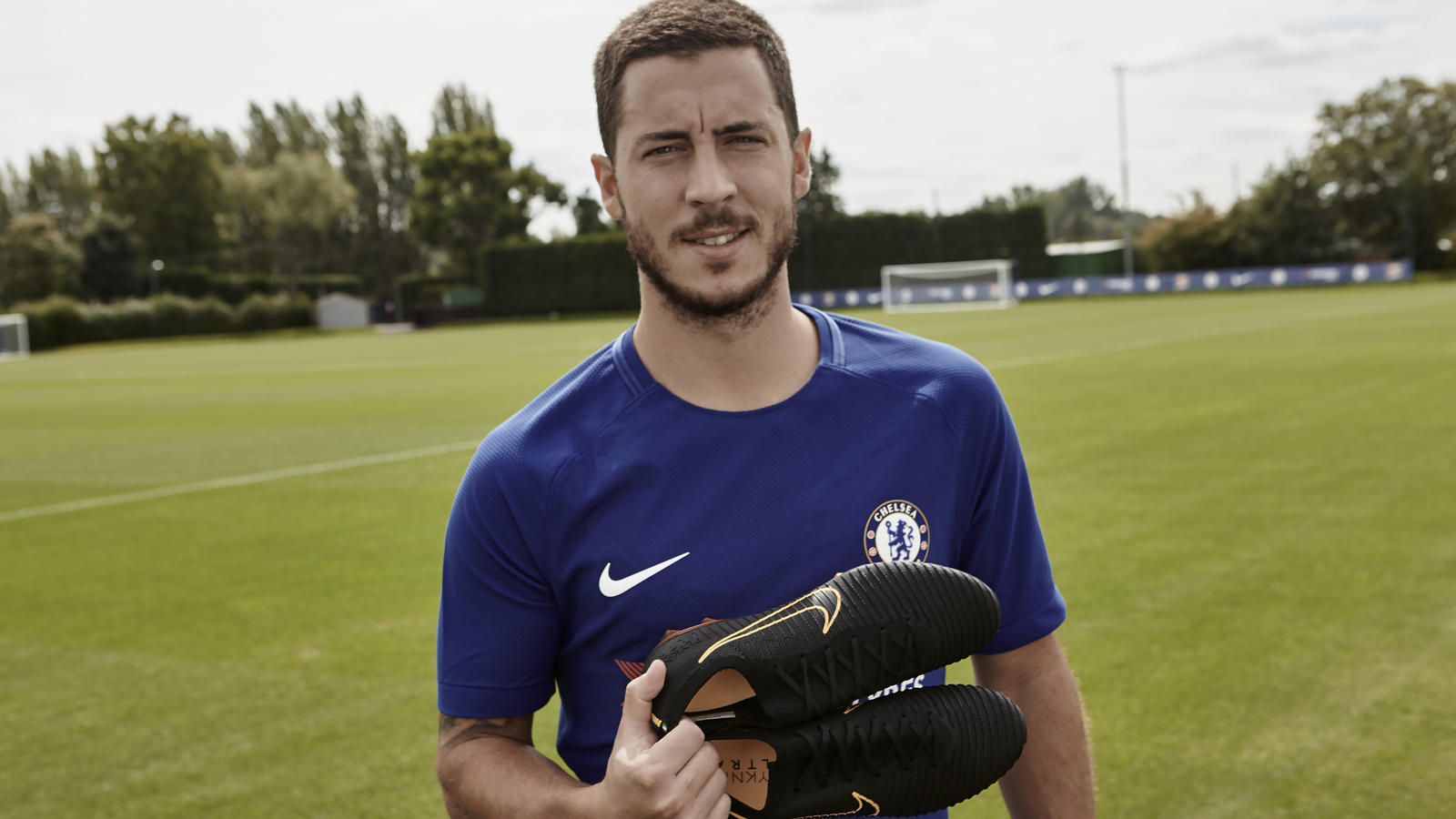 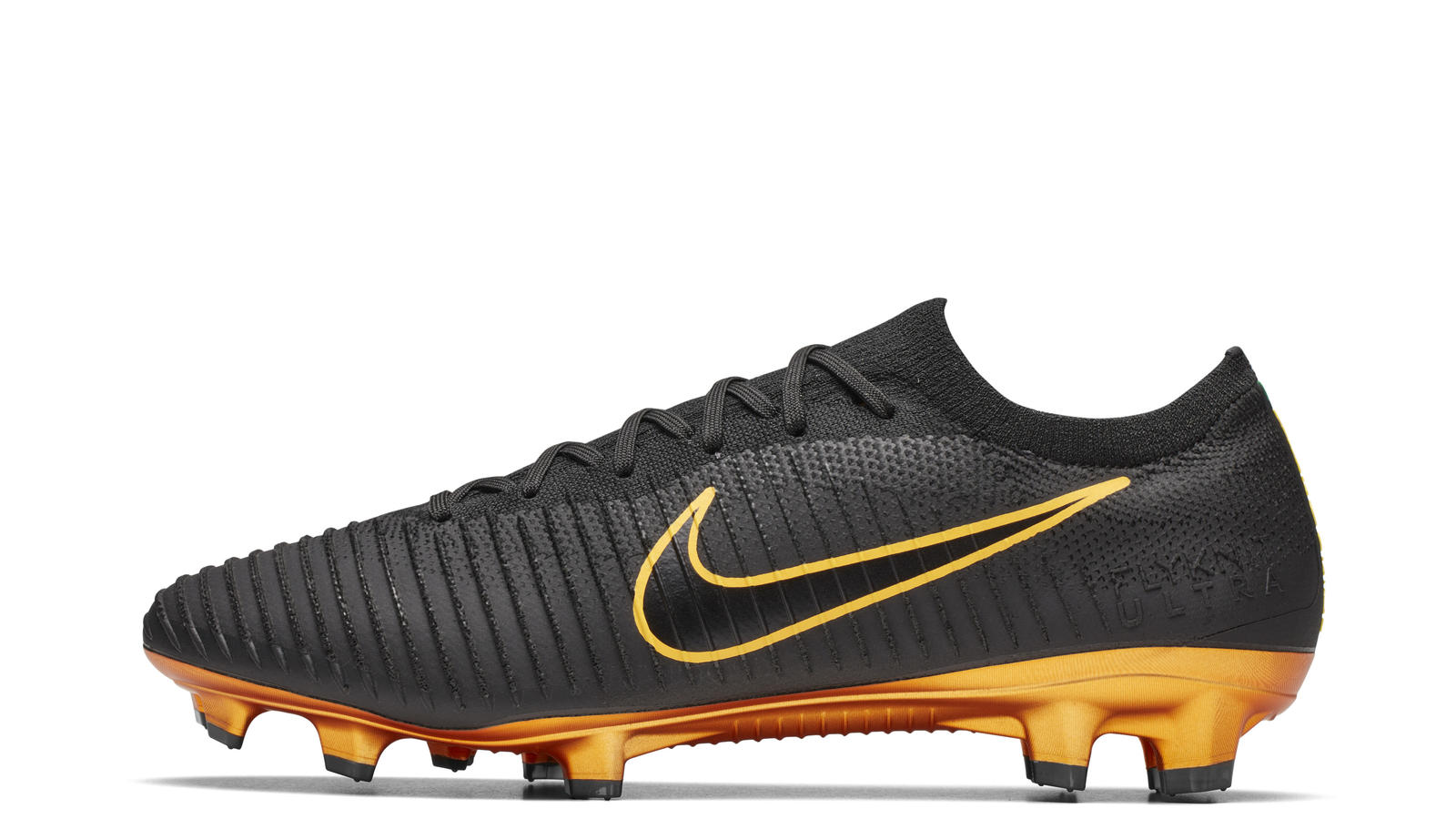 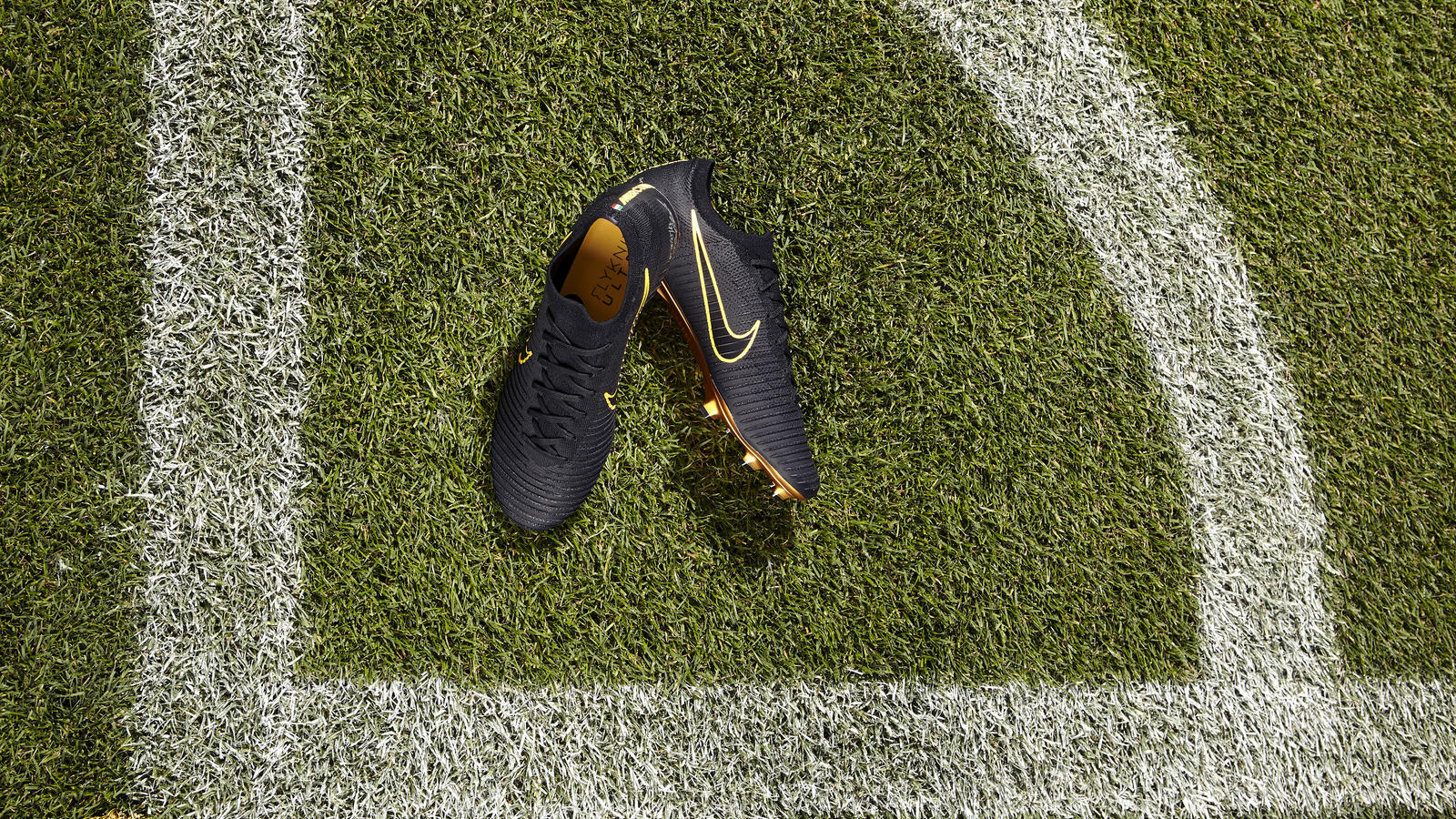 Hazard's Mercurial memories are still being made. Making significant progress since his ankle injury earlier this summer, the Belgian has been working tirelessly to make up for lost time. "When you’ve got an injury you always want to be back as soon as possible, and that means you have to put in all the work necessary to get fit again. I’m a professional, and if I need to work in my holiday I will work in my holiday,” he explains. “It's part of the job and at least now I’m training on the pitch again.”

On seeing the lightweight Nike Mercurial Ultra Flyknit Vapor for the first time, Hazard saw new potential. “I said ‘Wow!’ because I think they look great and they are perfect for my style of football. I think these boots are special.” And despite his early career successes, Hazard still has big plans for the coming season. "I want to win many trophies and maybe even the Ballon d´Or. That would be great.”

With a greater understanding of new manager Antonio Conte’s philosophies and strategies, plus a remarkable chemistry that makes up one of the most fearsome attacking trios in the league, it’s understandable that this star is aiming high. “We want to win something big with Chelsea and that is always what we want in the start of the season,” he says. “It is never easy and this year is no different, but we have great players and we have a great manager. So we are ready for the season.”

On being asked what the opposition makes of Chelse’s high-speed attacking line-up of Hazard, Willian and Pedro, Hazard says he isn't sure. “I don’t know. You need to ask them," he says. "But we are lucky to have such great players on our team and we can switch positions with one another, so I guess it might be difficult for the opposing defenders – but that´s their problem!”

There will be 2,500 pairs of the limited-edition Nike Mercurial Ultra Flyknit Vapor available in triple-black, and 1,500 pairs available in a black/metallic gold colorway on nike.com and at select retailers.