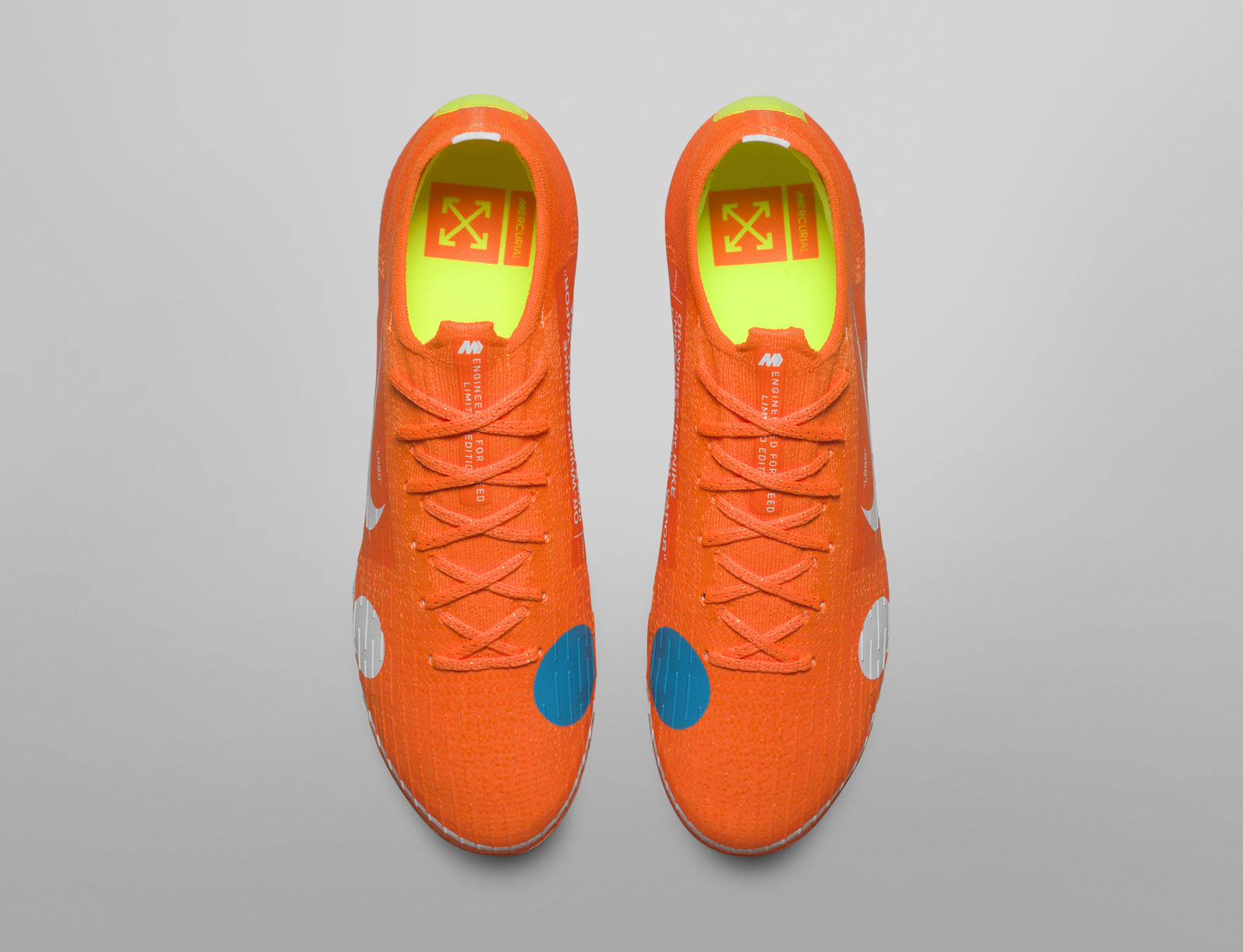 The dots on the boot represent optimal strike zones.

In the eyes of Virgil Abloh, the lineage of Nike’s Mercurial football boot is filled with great storylines. He’s quick to reference the players who’ve worn it — the likes of Kylian Mbappé — and considers it one of sport’s most dynamic and exciting product lines. Beyond, he says he’s excited to leave his own stamp on the contemporary game with his take on the new Mercurial Vapor 360.

“For this Mercurial, I was interested in bridging the gap between foot and eye coordination,” says Abloh. “All the dots on the boot represent an optimal place to strike the ball.”

The idea is two fold: First, to help the wearer recognize where he or she should hit the ball; and second, to present a powerful message to the opposition. 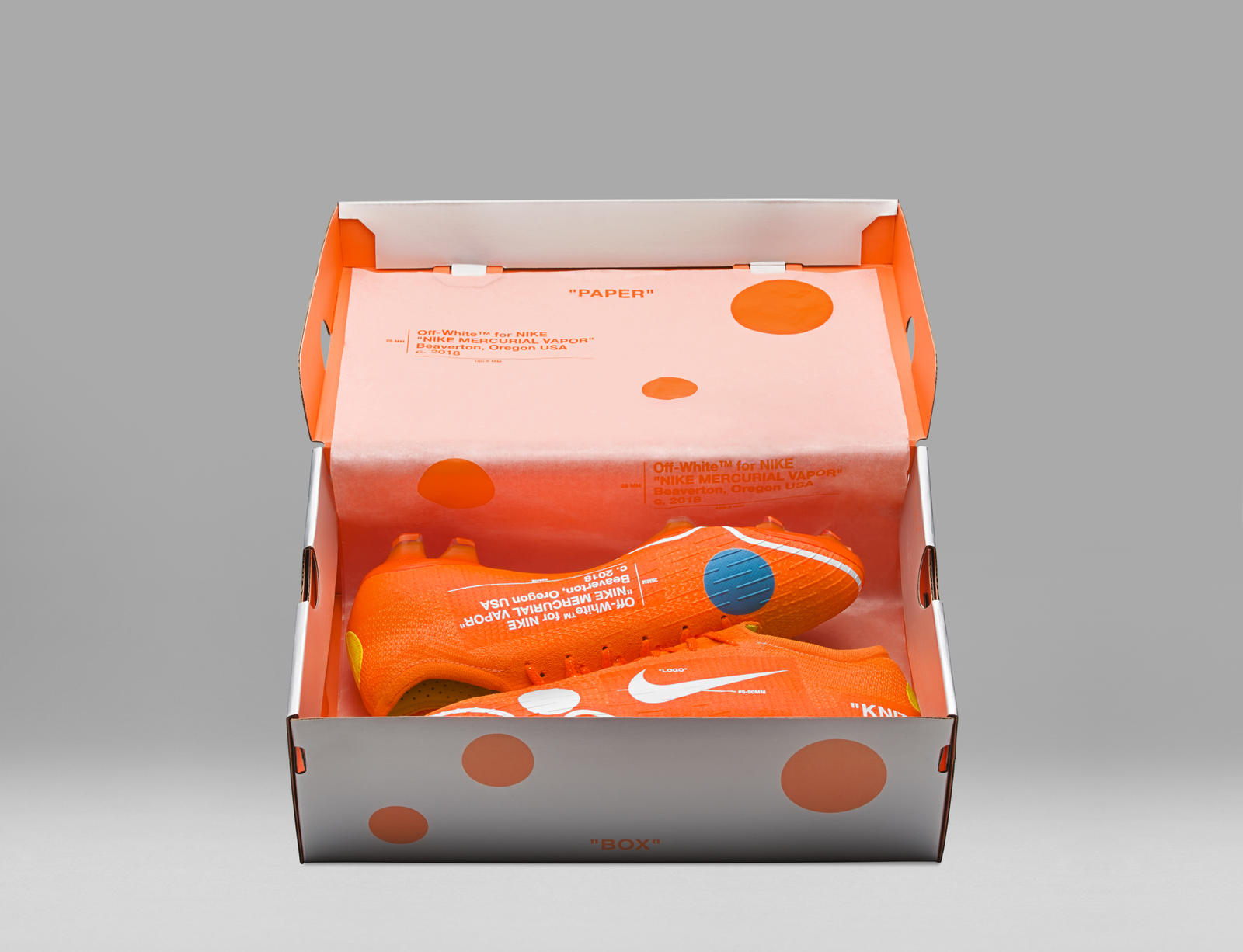 The boots arrive in a custom box and feature Abloh's trademark Off-White branding on the medial side.

“In my approach, I thought about what it would be like if I saw someone wearing the boot,” says Abloh, who assumed a stopper role during his high school playing days. “Design is a powerful tool, as it communicates energy and a message, and it offers a unique capacity to make someone do a double take on-pitch — I feel like it would be intimidating to see this boot.” 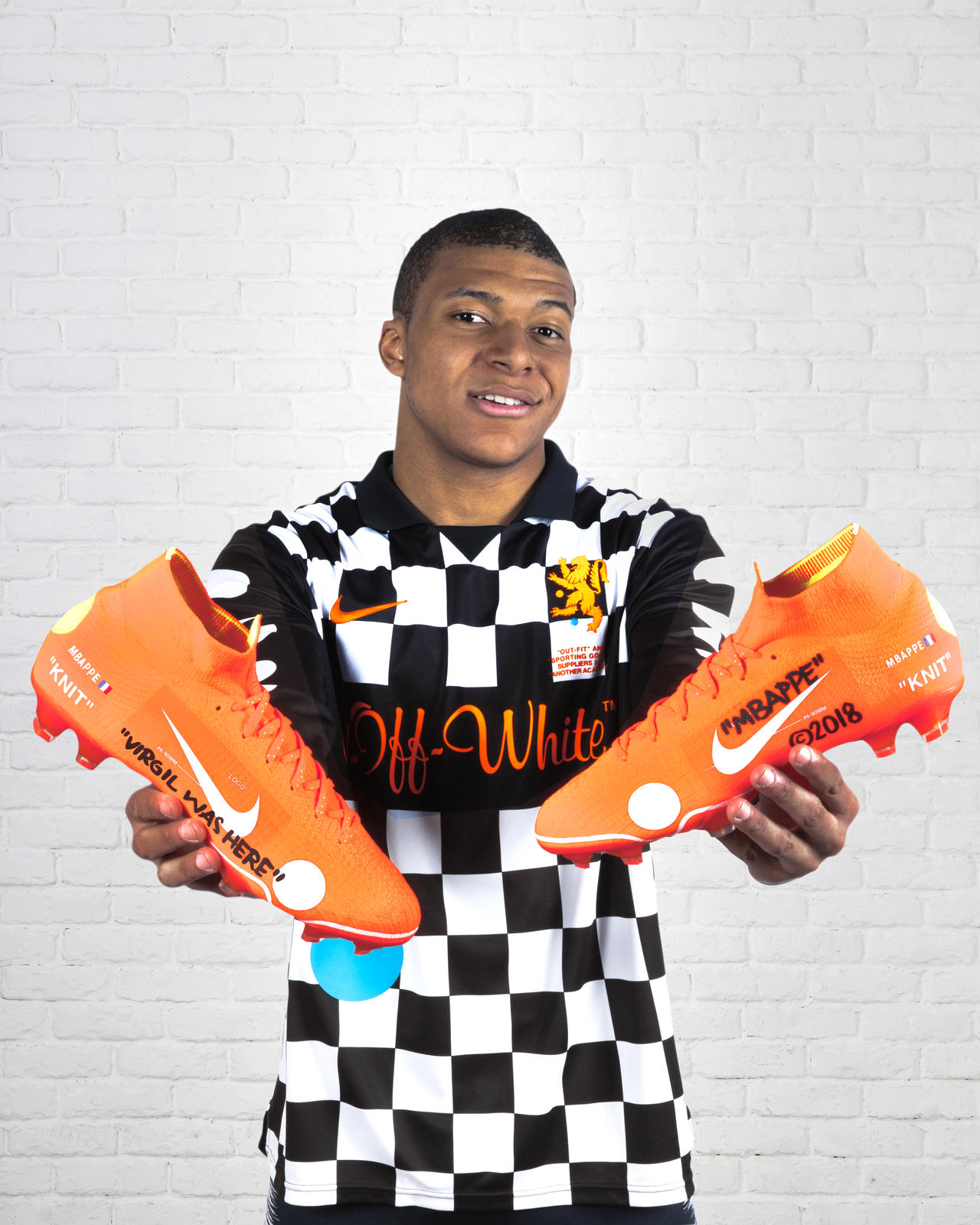