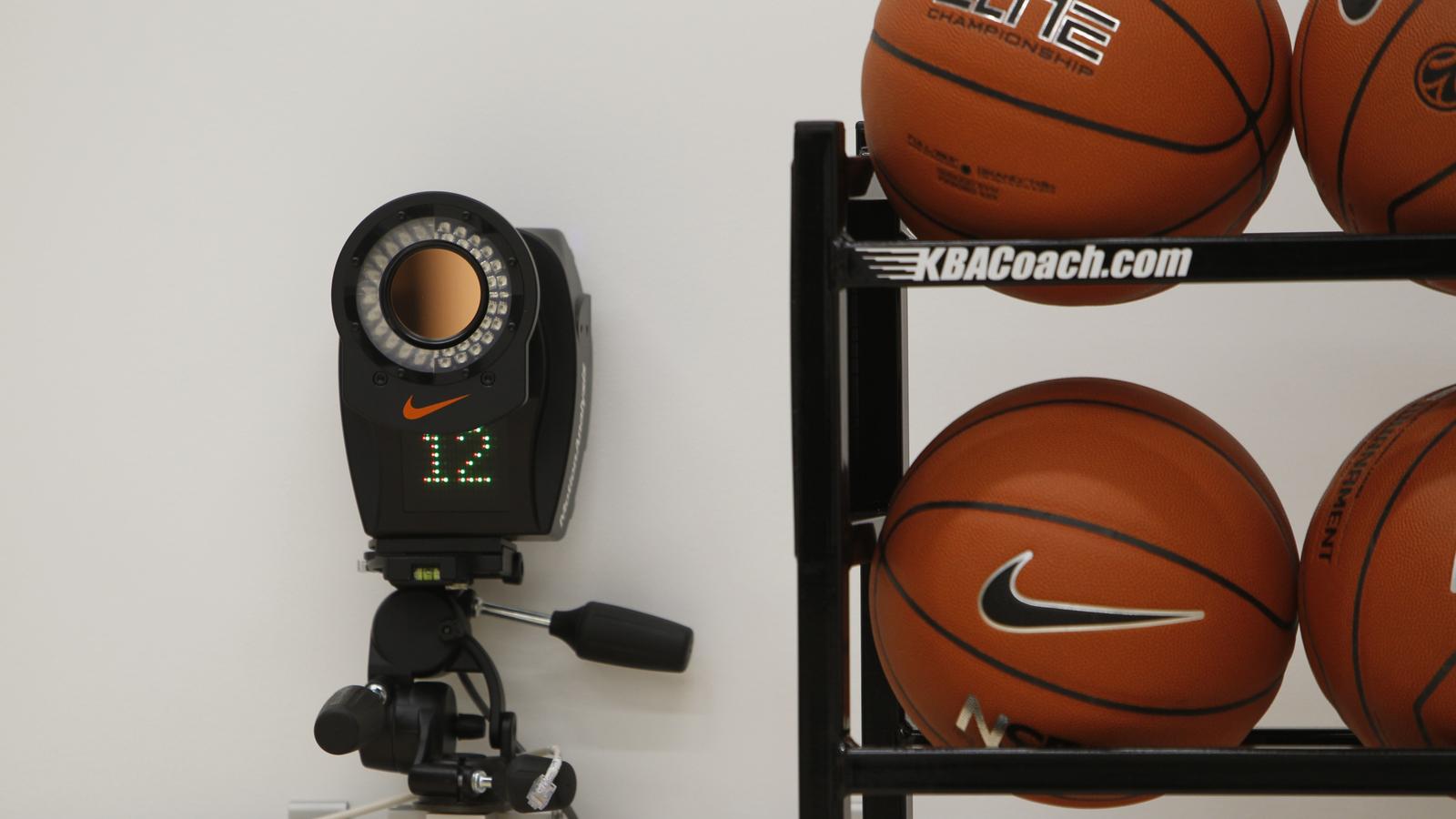 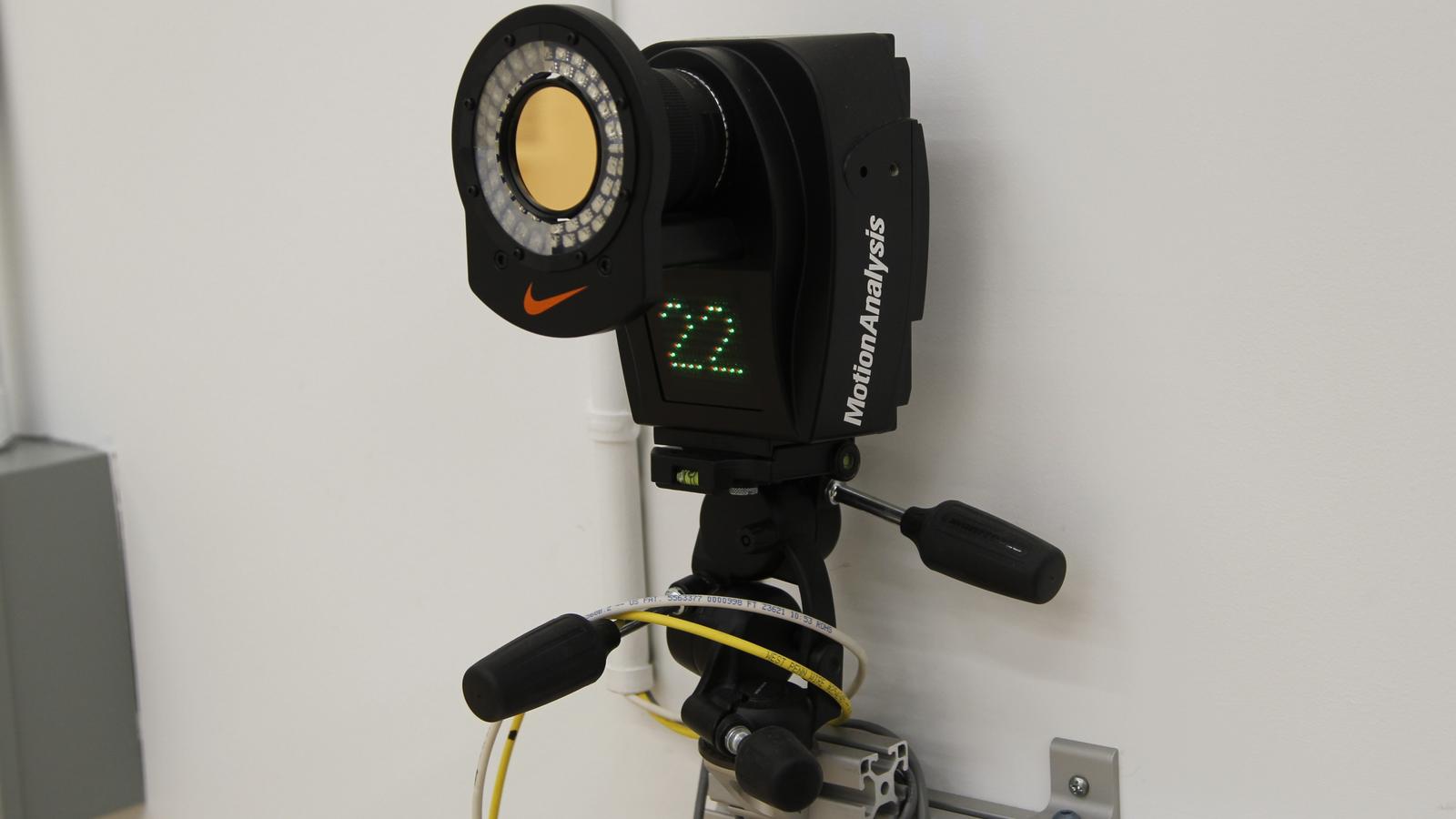 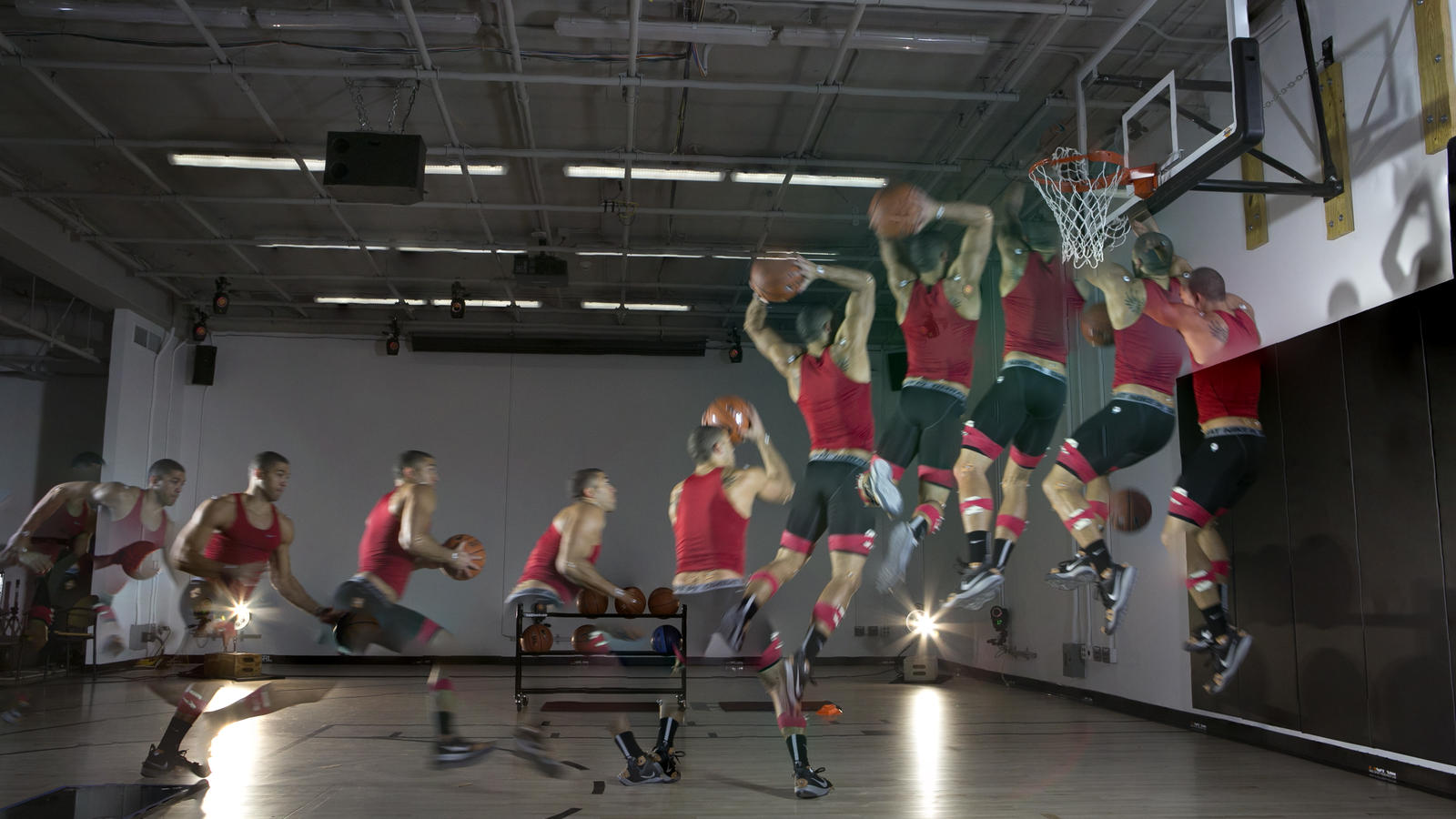 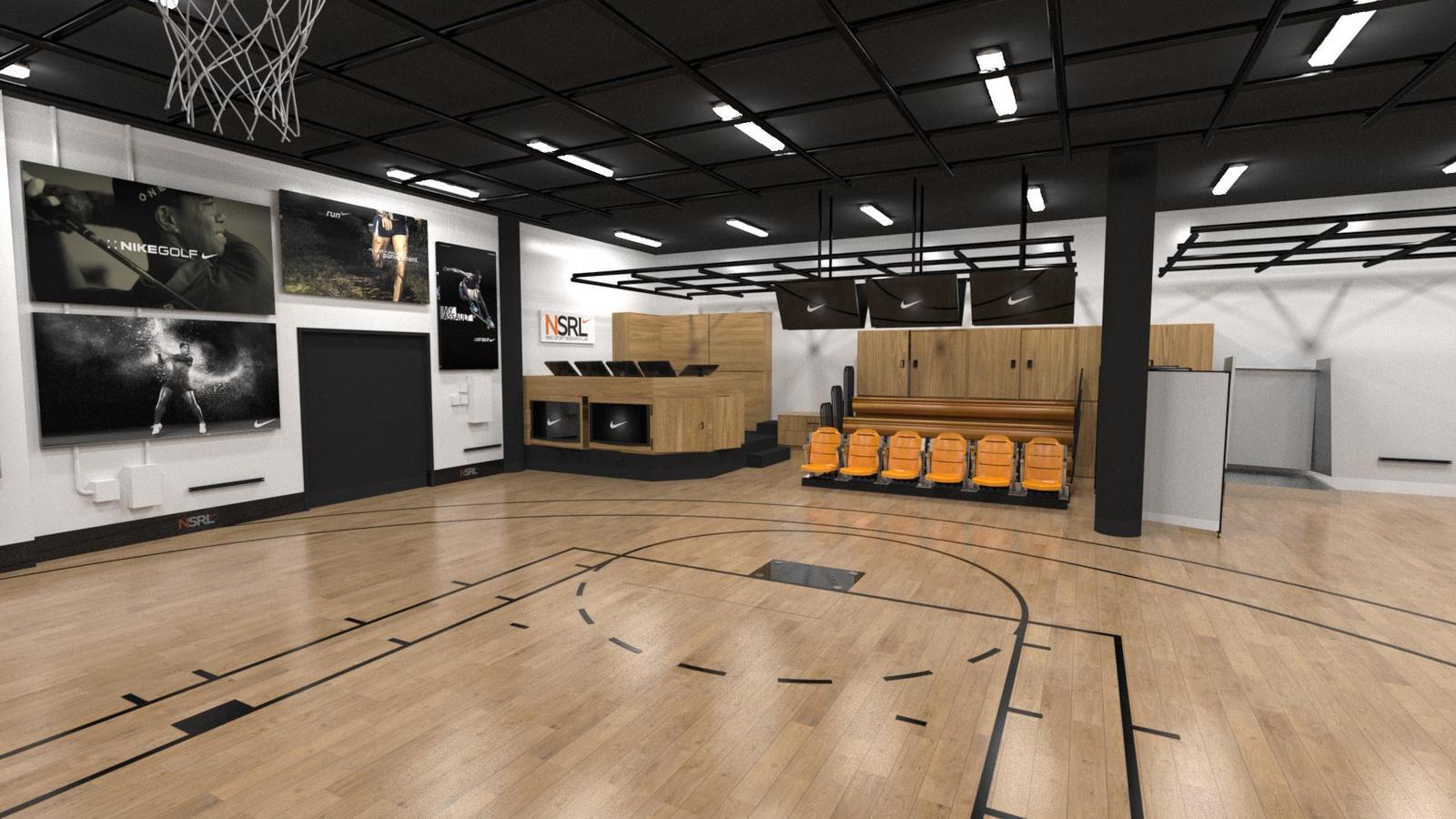 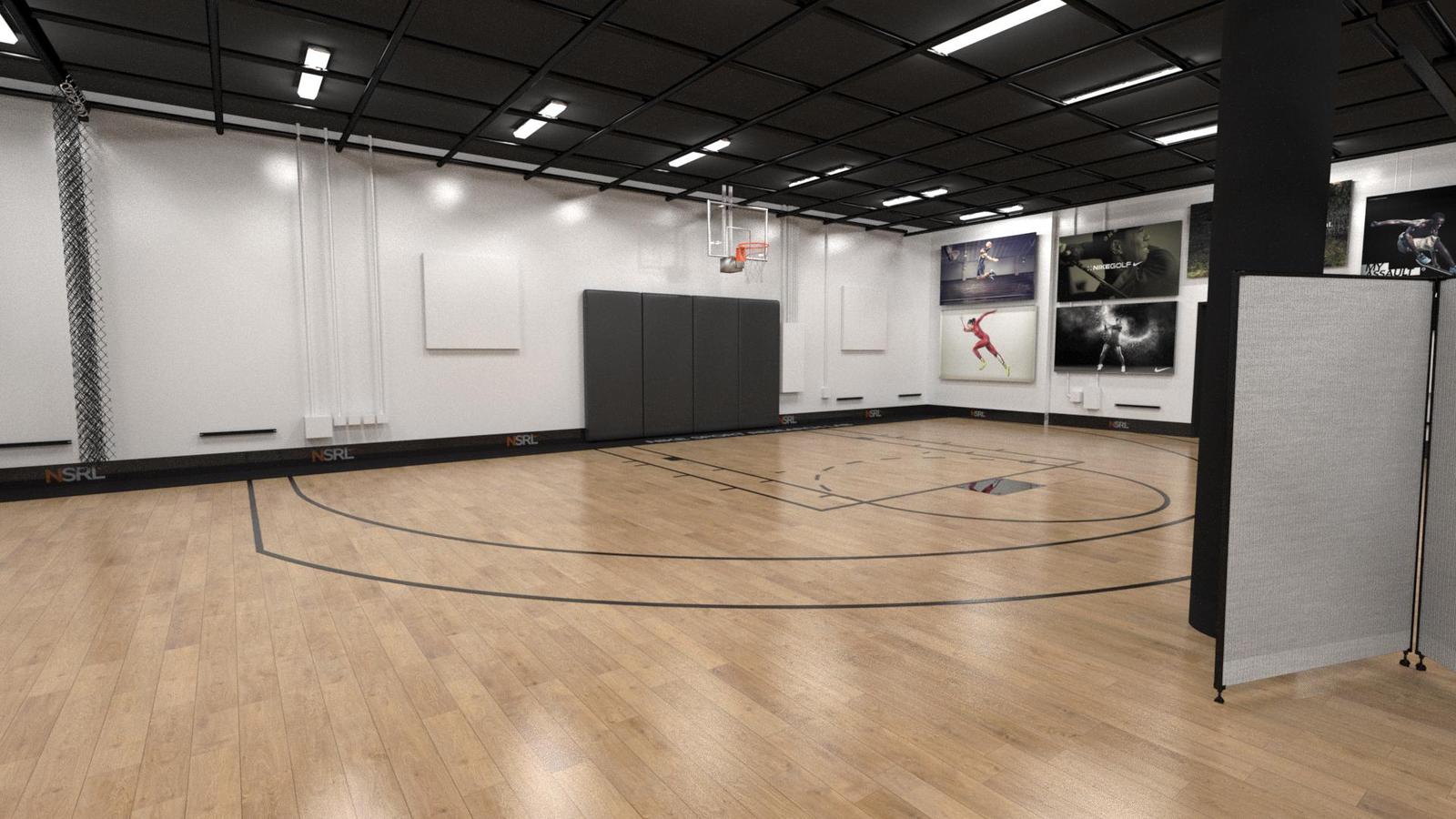 The motion capture lab provides an alternative way for sport research lab scientists to study the body in motion. High-speed video cameras collect video at upwards of 30,000 hertz, which is 1,000 times that of standard video cameras. Four force plates in the floor allow researchers to see how athletes generate force and where the power in their bodies comes from.

"Our force plates take thousands of measurements per second and we get forces in three-dimensional space — not only vertical but anterior and posterior, forward and backwards, and side-to-side," says Matthew Nurse, Senior Director of the Nike Explore Team Sport Research Lab. "When we have that, we understand the exact position of that force in space relative to the rest of your joints, so we can measure things like impact during a landing from a jump."

One of the force plates is glass, allowing the lab team to film athletes from every angle. This cutting-edge technology enables Nike scientists to understand not only how an athlete performs, but how product performs for an athlete on a microscopic level.

"We couple motion capture with a force plate, which is essentially a really fancy 3-D scale," says Nurse. "When we combine those two technologies, we can determine where energy is produced, where energy is lost, how much load is on the internal joints, and then it's our job to apply those insights and findings to future product."

The motion capture lab is a third of the size of a standard basketball court and allows athletes to get up to full speed while doing basketball movements and get as close to game situation as possible. With the high-speed cameras positioned at every angle, Nike researchers can capture things like joint position and velocity, providing insights to improve products and make athletes better.

“To be a good researcher in the lab, you have to be as creative as any designer or developer at Nike because you are solving problems and applying information in ways that has never been thought of,”  says Nurse. “With the new motion capture lab, Nike researchers have the tools to take their creativity to the next level and drive innovation at Nike.”