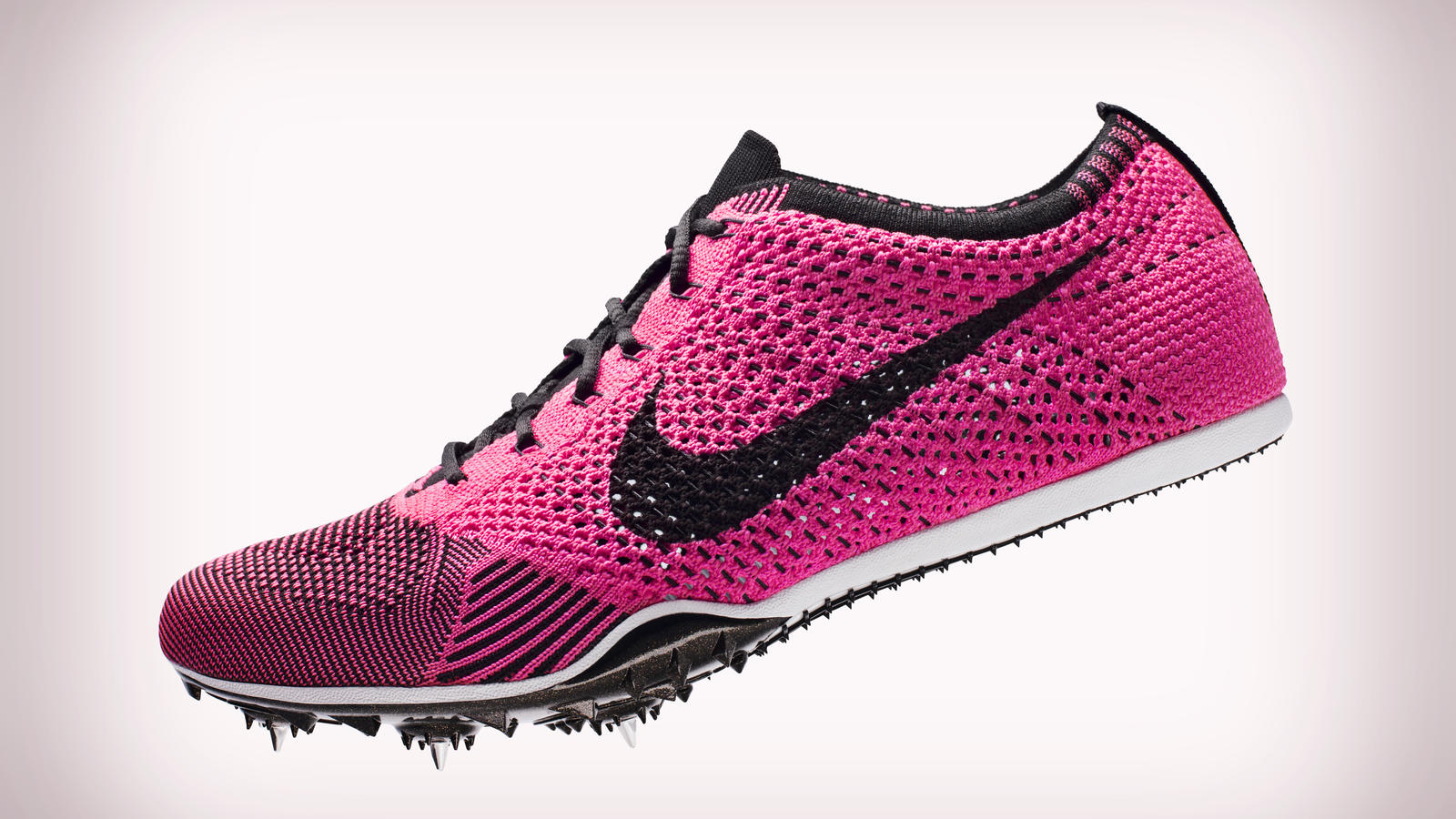 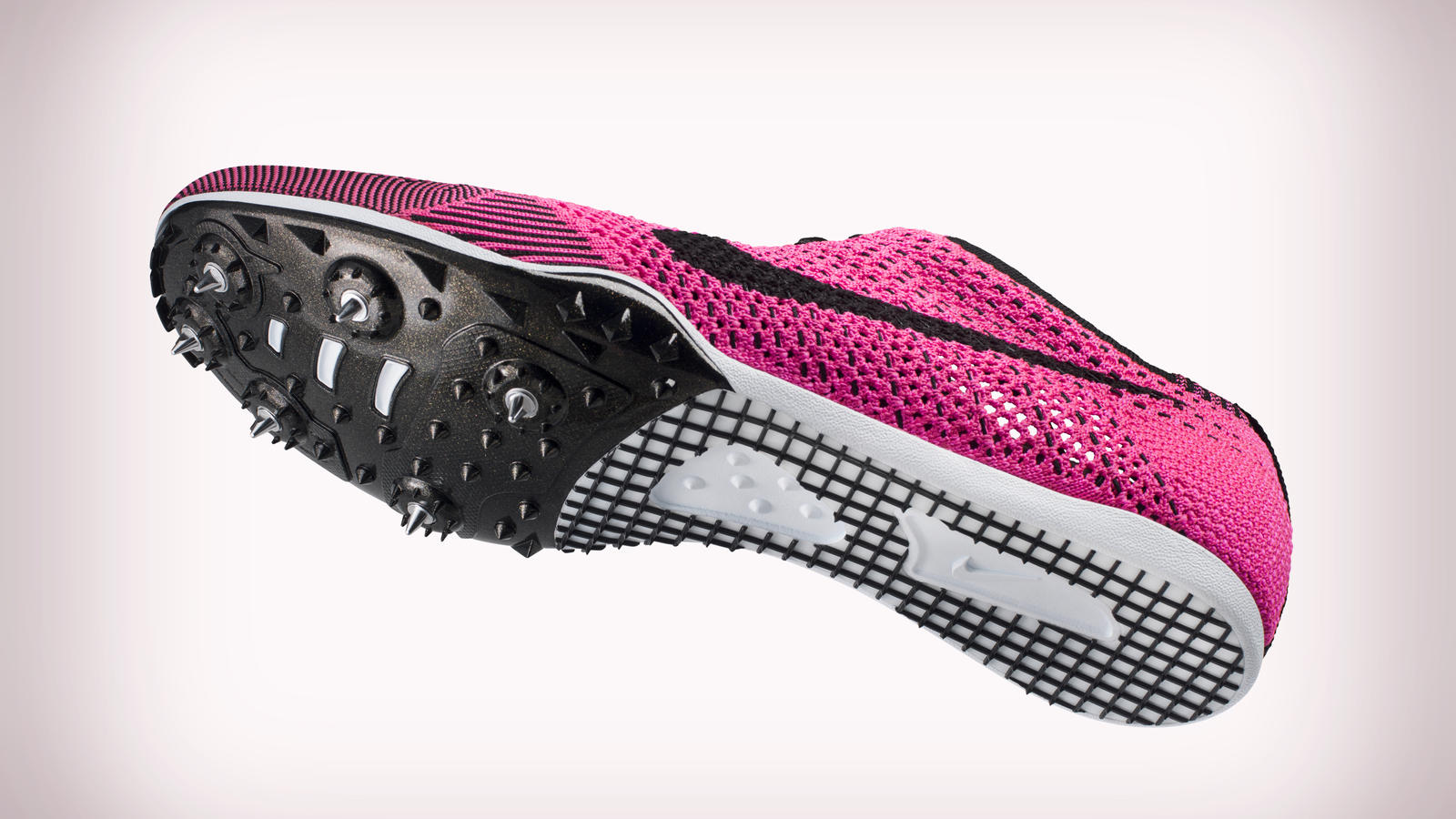 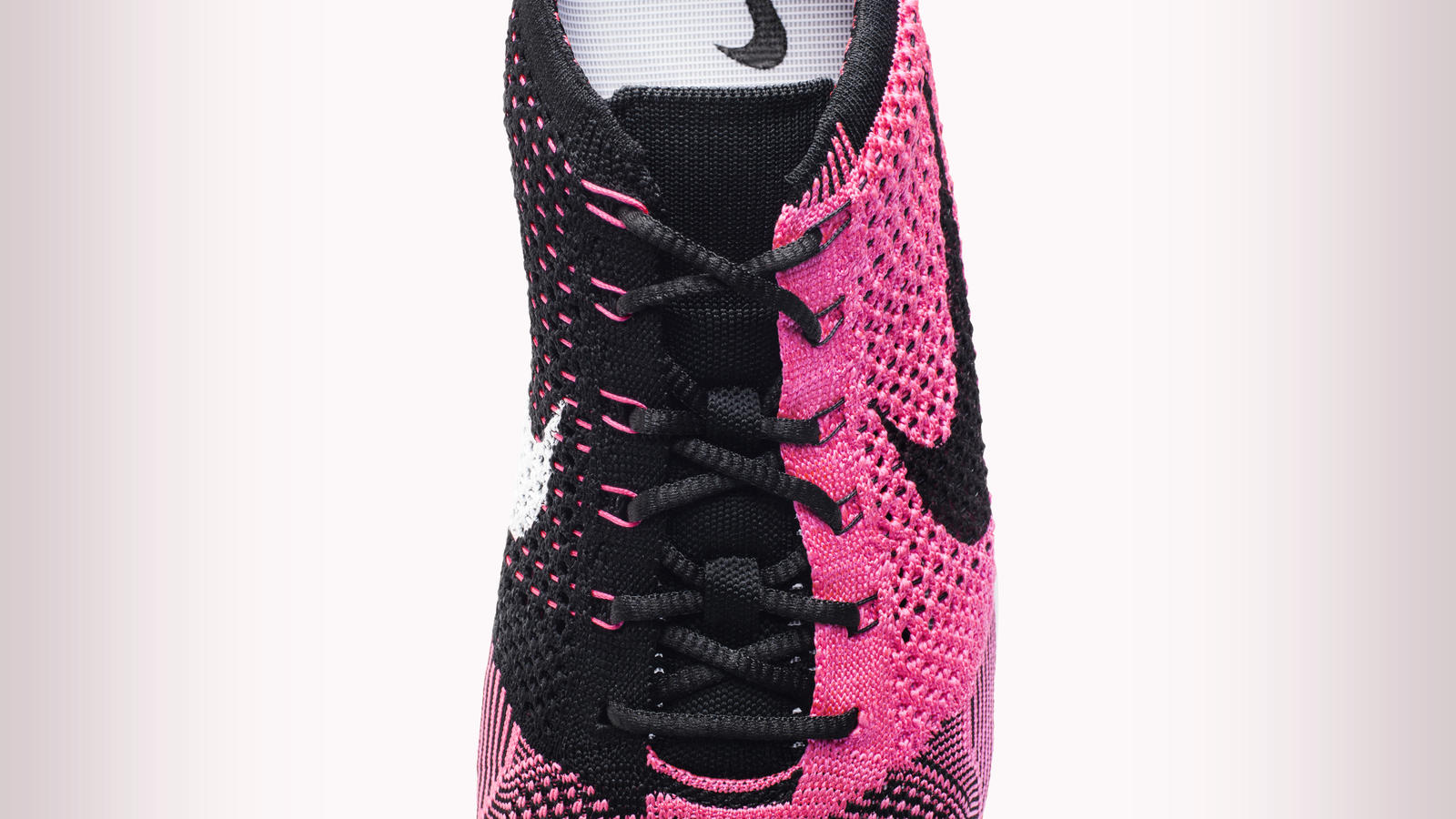 A Nike Flyknit upper combines with a Nike Zoom Victory spike plate for a customized track spike to be worn in competition this weekend by U.S. distance runner Matthew Centrowitz. He’ll race in New York this Saturday in the custom spikes, which feature Nike Flyknit, a revolutionary technology first unveiled in February 2012 and embraced by elite athletes and everyday athletes alike.

Nike Flyknit is known for fitting like a second skin, and the spike’s upper is designed from single threads of yarn that are precisely engineered and significantly reduce waste for a virtually seamless fit. The Nike Zoom Victory spike plate features a custom carbon shank, offering snap and response on the track.

The bright pink coloring was inspired by the Nike Flyknit Lunar1+, which is available on Nike.com beginning this month.