Masterful in Melbourne: Nike Tennis Athlete Looks for Down Under 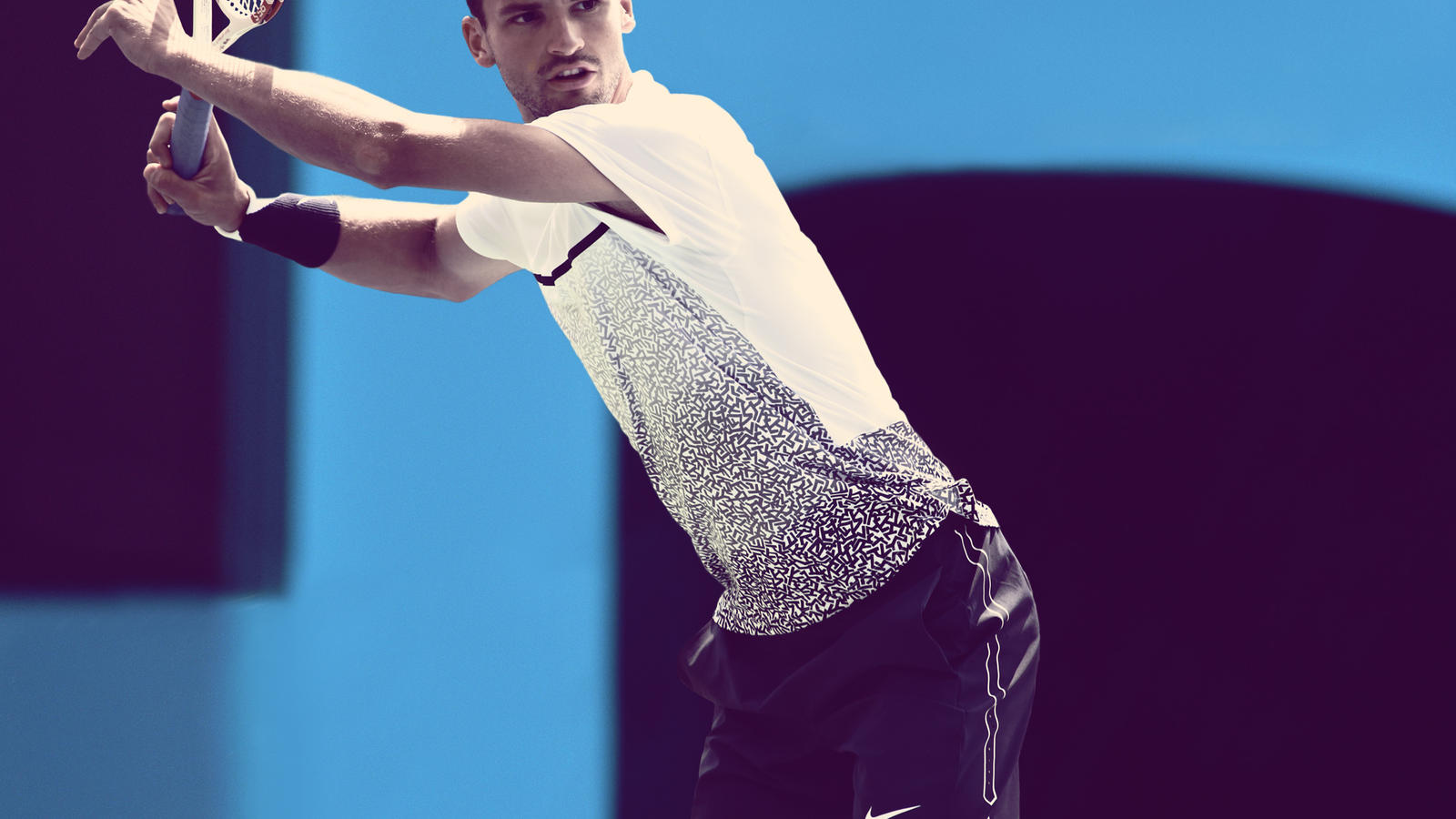 As the best tennis players in the world head to Melbourne for a grueling test of their form and fitness, Nike Tennis highlights the design, colors and features of the footwear and apparel they will wear to battle for the first grand slam of the 2015 season. The spring 2015 Nike Tennis collection was conceived to utilize striking color choices and disruptive patterns as a competitive advantage for performance tennis. Color inspiration came from the phenomenally vibrant street art of the city of Melbourne. 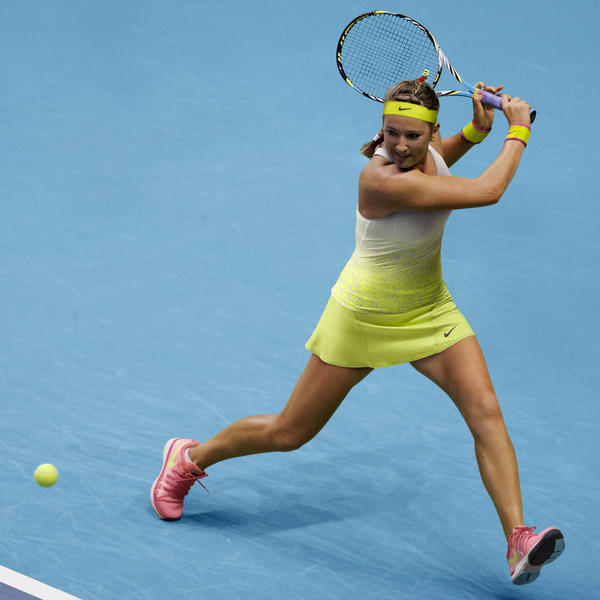 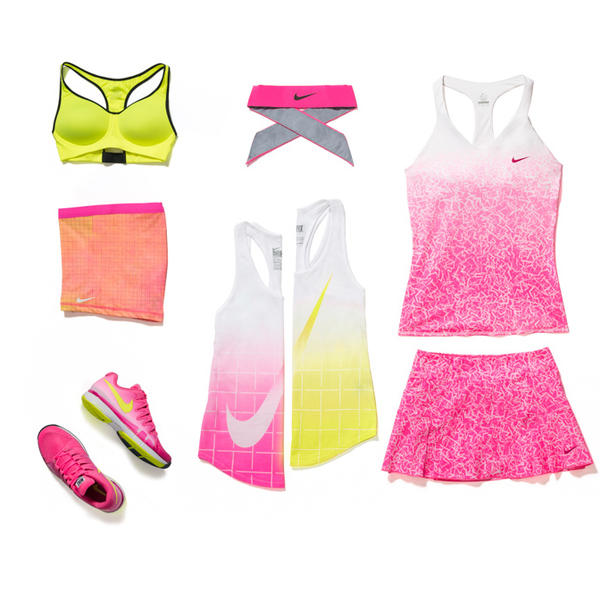 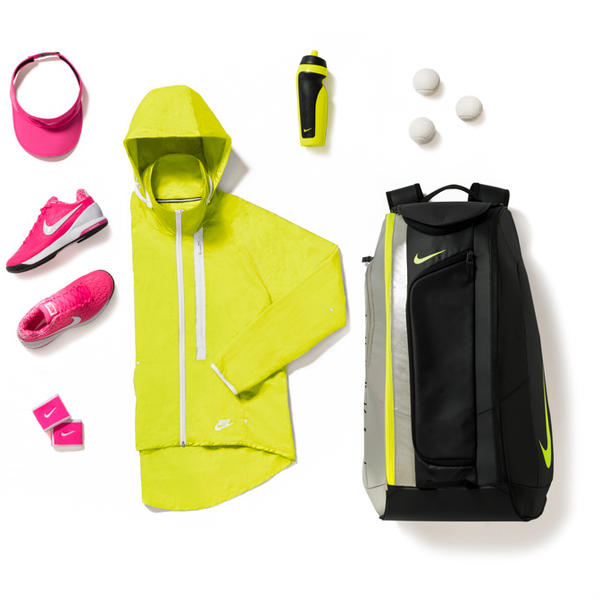 Nike women including Victoria Azarenka, Sara Errani and Sabine Lisicki will wear a stiking look in Melbourne that comprises the Nike Advantage Printed Tank and Nike Victory Printed Skirt. The vibrant apparel is designed to be visually arresting, ultra ventilated and cut for unrivaled performance on the court.

Serena Williams - The world No. 1 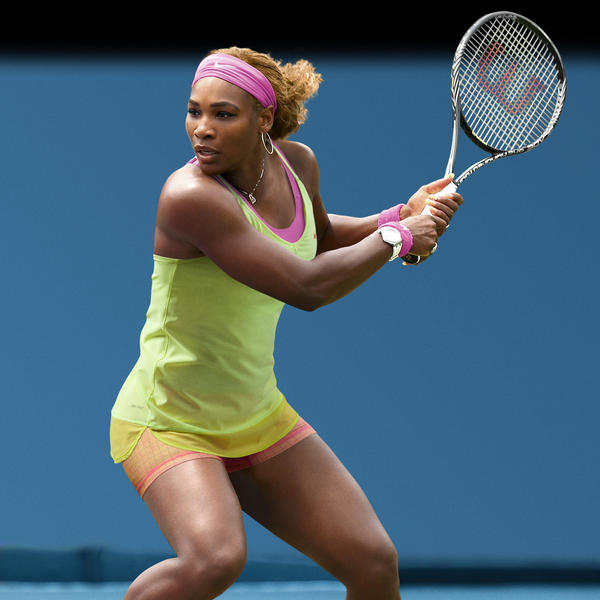 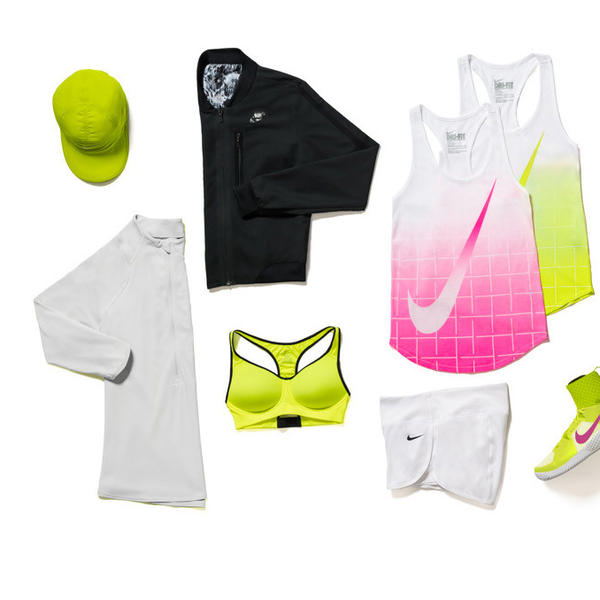 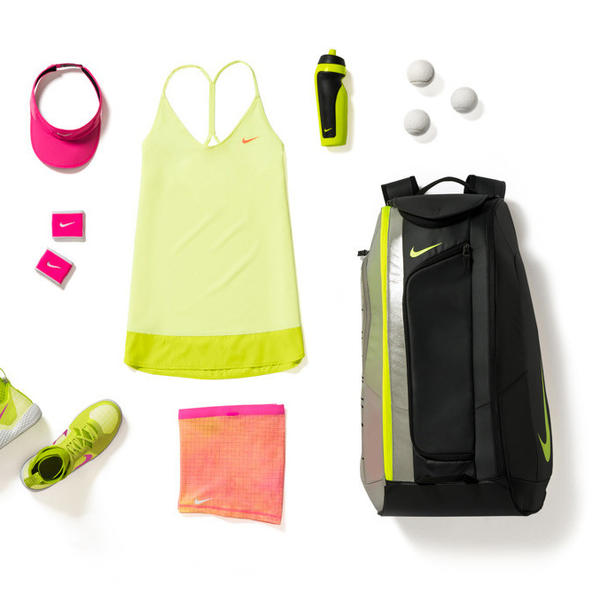 The world No. 1 will compete in the first Grand Slam of 2015 in the Nike Slam Tunic and Nike Slam Printed shorts. Bold colors meet intelligent design in the combo with Dri-FIT fabric used throughout for lightweight breathability and design elements like the scoop neck and flat seams in the shorts to enhance swing movement and speed around the court.

Maria Sharapova - At the top of her game 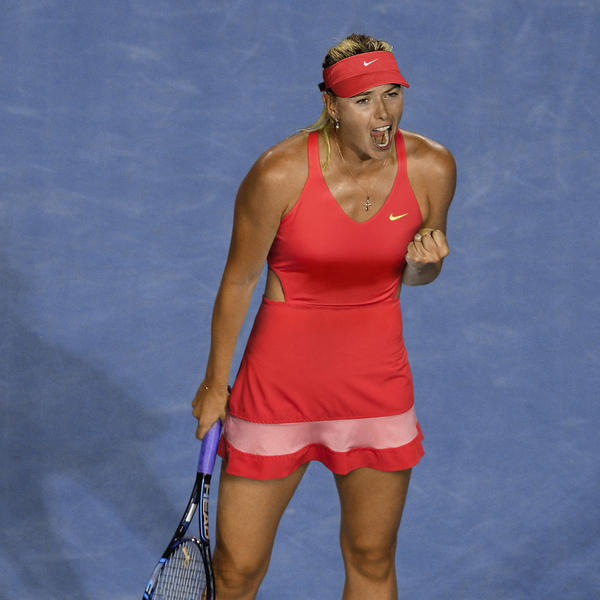 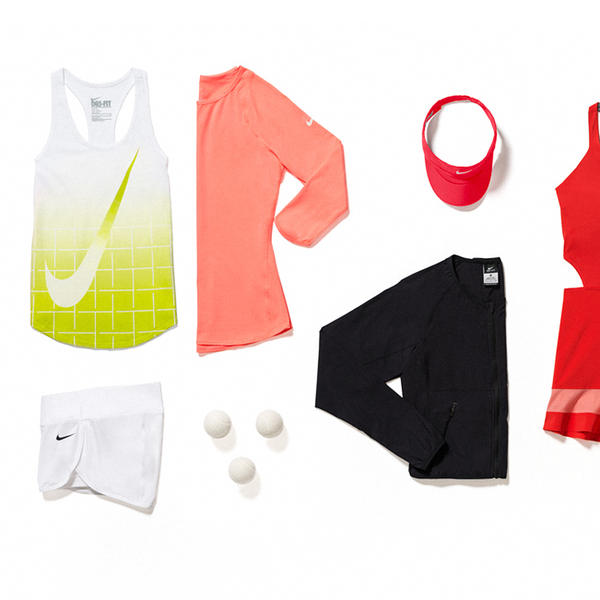 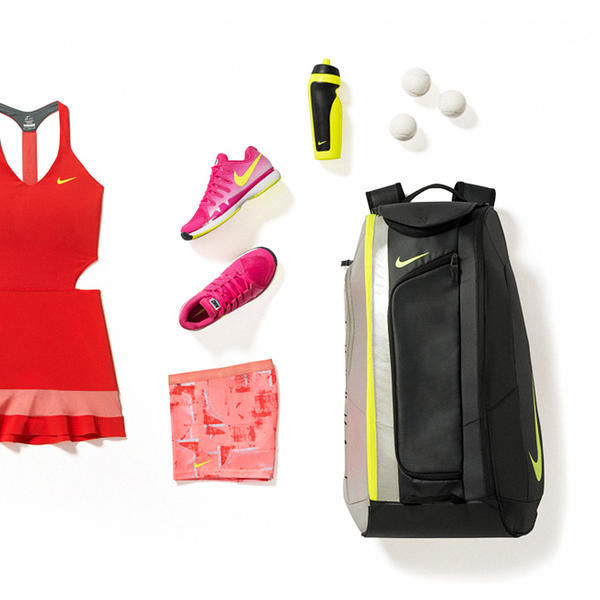 Maria Sharapova arrives in Melbourne at the top of her game after winning her phenomenal 34th singles title in Brisbane. She will stay cool and comfortable in a Nike Premier Maria Dress that includes a Racerback design for enhanced mobility; and a built-in bra for support and a stylish silhouette. It's constructed from a Dri-FIT knit material that delivers improved ventilation and a lighter overall weight to the dress. Sharapova’s footwear choice is the NikeiD version of the iconic Nike Zoom Vapor 9 Tour shoe. 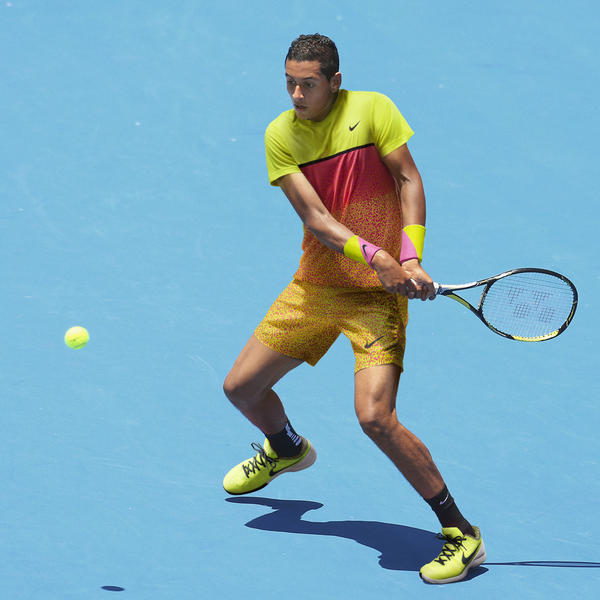 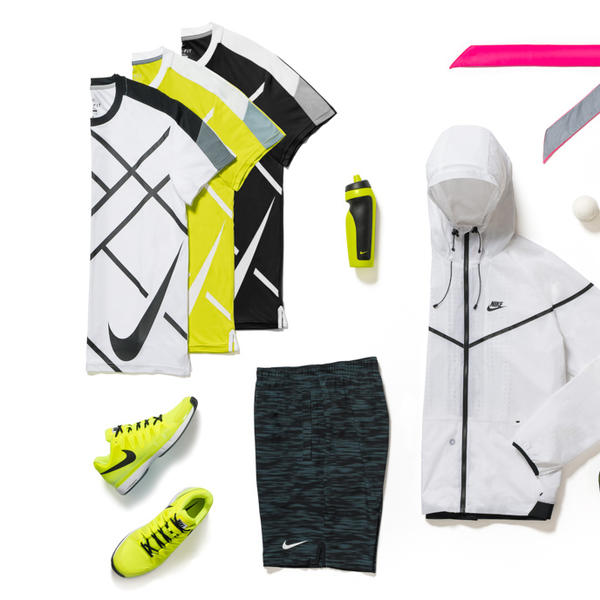 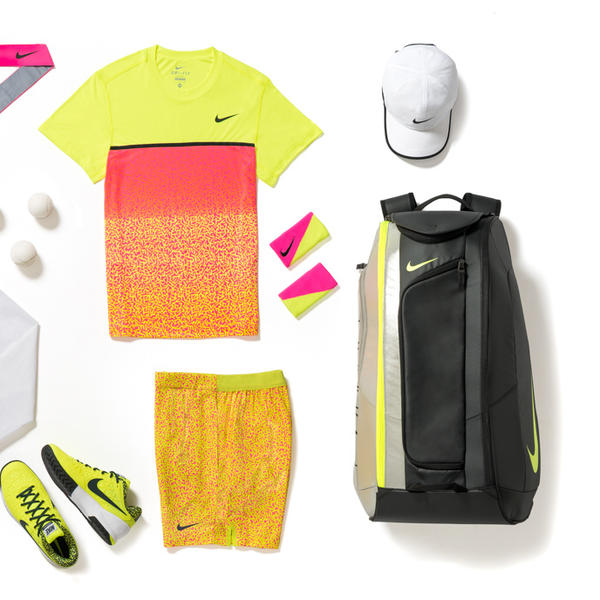 This is the look that will be worn by the bulk of Nike Tennis's male competitors at the tournament, including Grigor Dimitrov, Juan Martin del Potro and Nick Kyrgios. The Team Nike men's apparel makes an unapologetic visual statement during a match or on the practice courts. The Dri-FIT shirt is a Nike Challenger Printed Crew and it is matched by a 7" Gladiator short in the same unmistakable colorway. 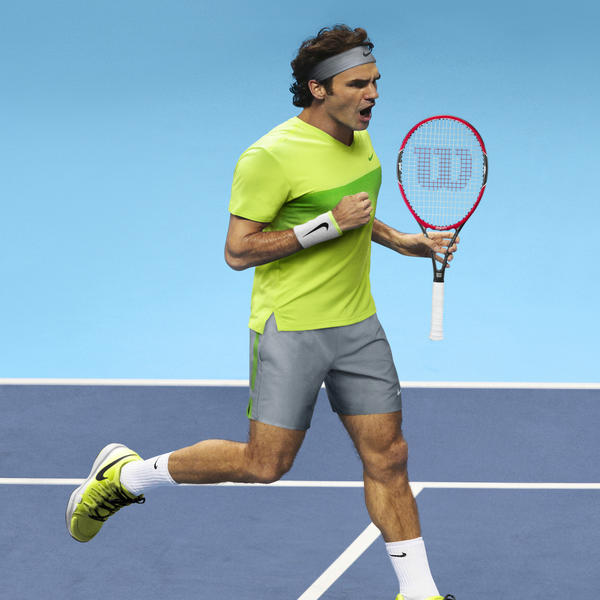 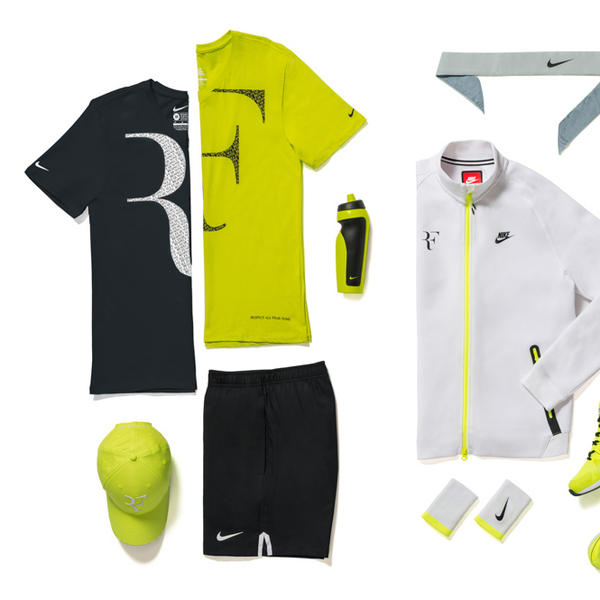 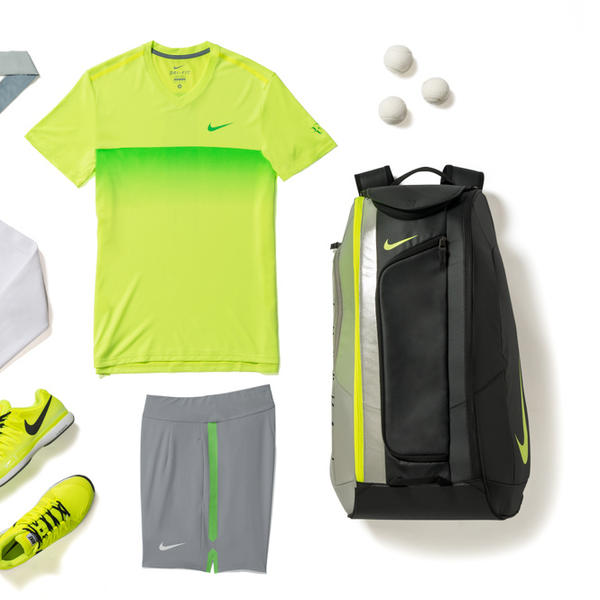 Current world No. 2, Federer looks to take strong 2014 form and his newly achieved 1,000-match wins milestone to the blue courts of Melbourne. He'll wear a bold Nike Premier RF V-neck crafted from Dri-FIT fabric to keep him dry, with engineered side hem vents to enhance breathability. His shorts are the Nike Gladiator Premier 7" that are also Dri-FIT for moisture management. They have laser-perforated side panels for breathability and a flex waistband for comfort.

Designed specifically for pre- and post-match comfort, the Nike Premier RF Jacket is made from a Nike Tech Fleece that utilizes the body's heat for efficient warmth. The jacket has perforations in key sweat zones to enhance breathability while a ribbed cuff and hem provide a snug, performance fit. Federer's footwear of choice is the Nike Zoom Vapor 9.5 Tour for a full speed attack. Features include a textile upper for lightweight breathability, an internal Dynamic Fit system that wraps the foot for optimum stability and Nike Zoom in the heel for super responsive cushioning and a high performance ride. 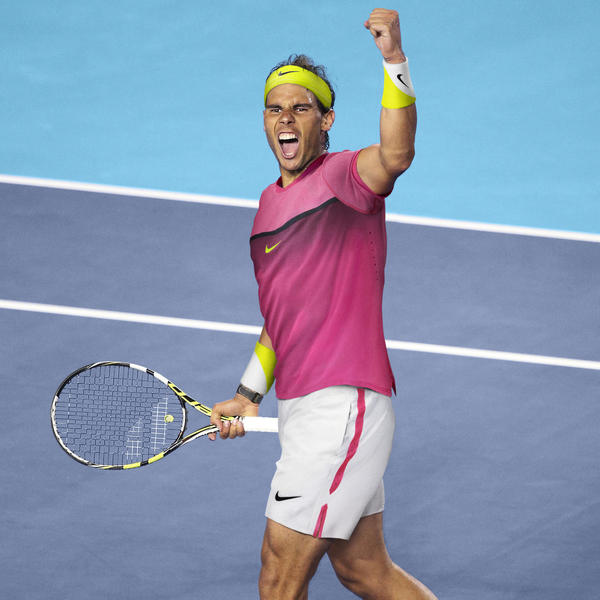 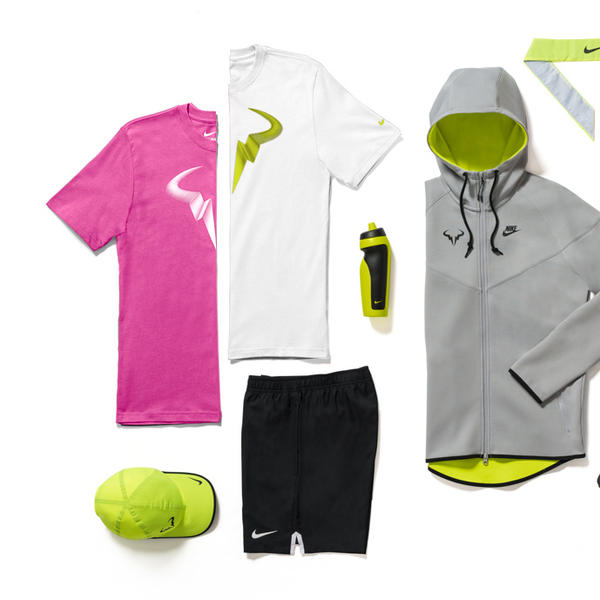 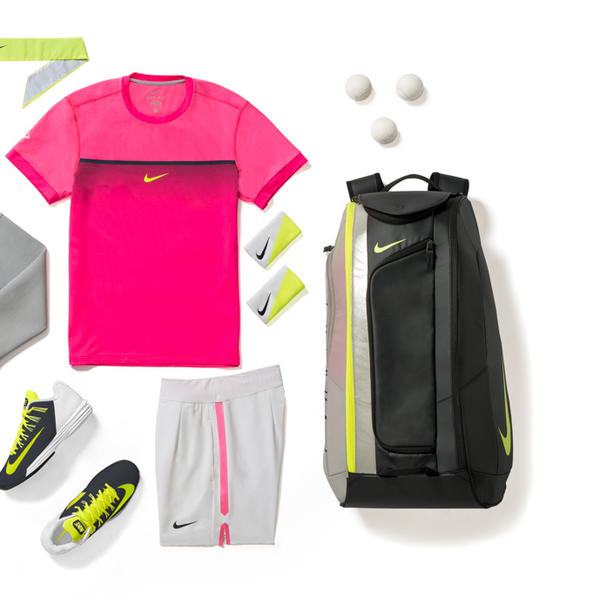 Nadal’s footwear is the responsive Nike Lunar Ballistec 1.5 with unprecedented speed and control in one of the lightest and fastest tennis shoes Nike has ever made. Key features include Nike Flywire that is utilized to provide a supportive fit, increased ventilaton and Drag-On outsole technology for durability where you need it most.

The Men's and Women's Nike Tennis footwear and apparel highlighted above is available beginning Jan. 14 from nike.com and also at select Nike Tennis retailers.