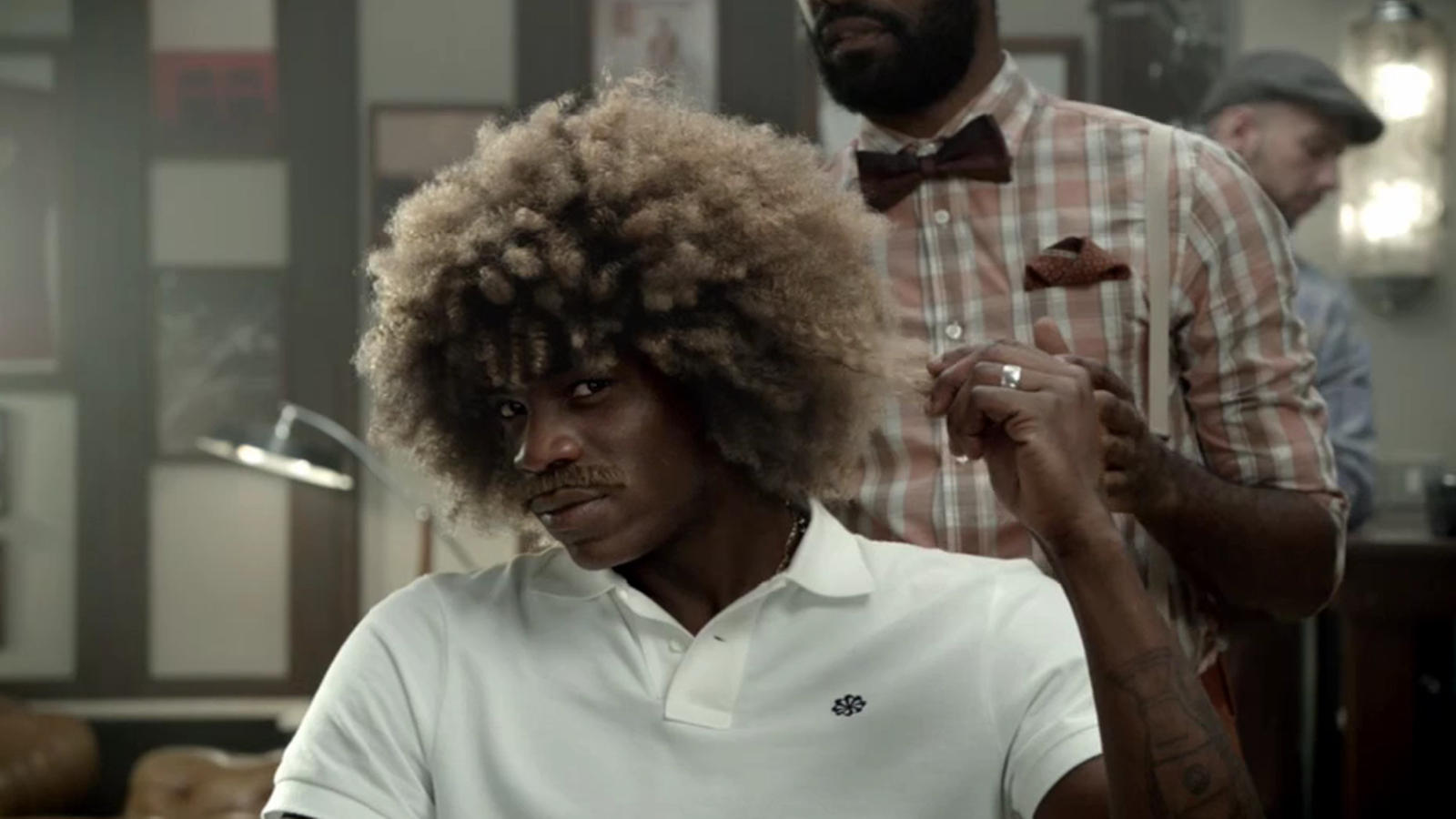 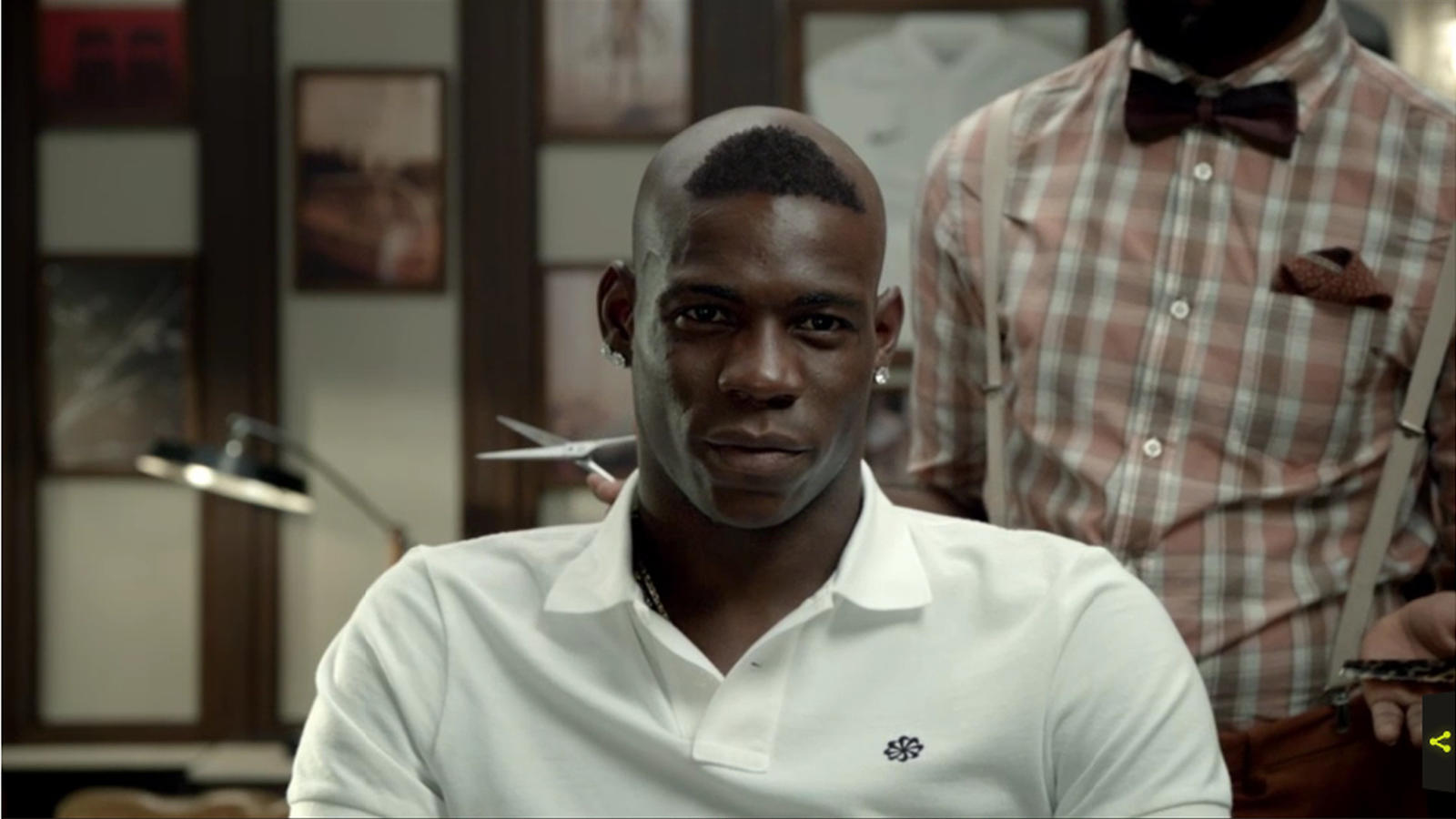 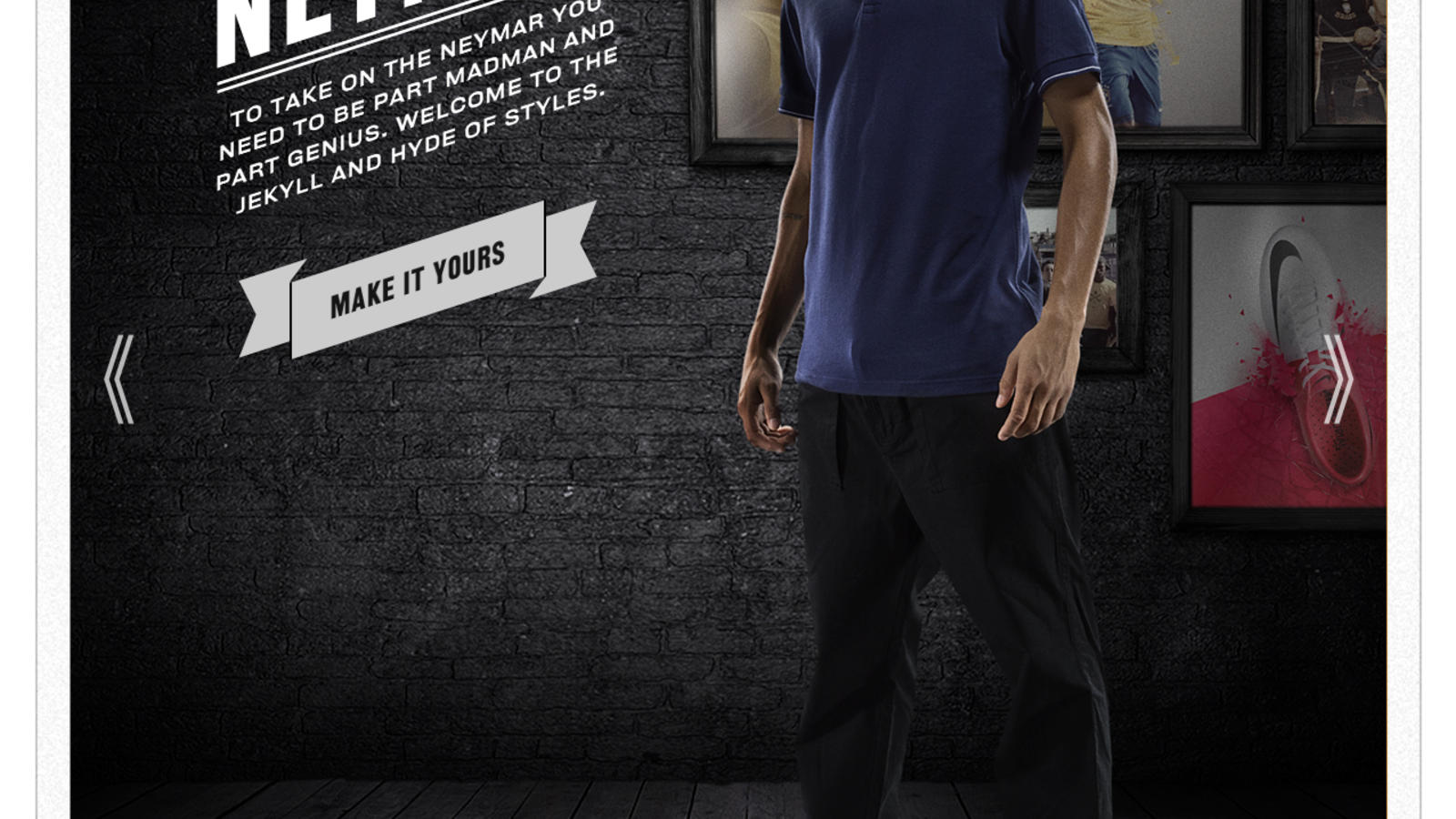 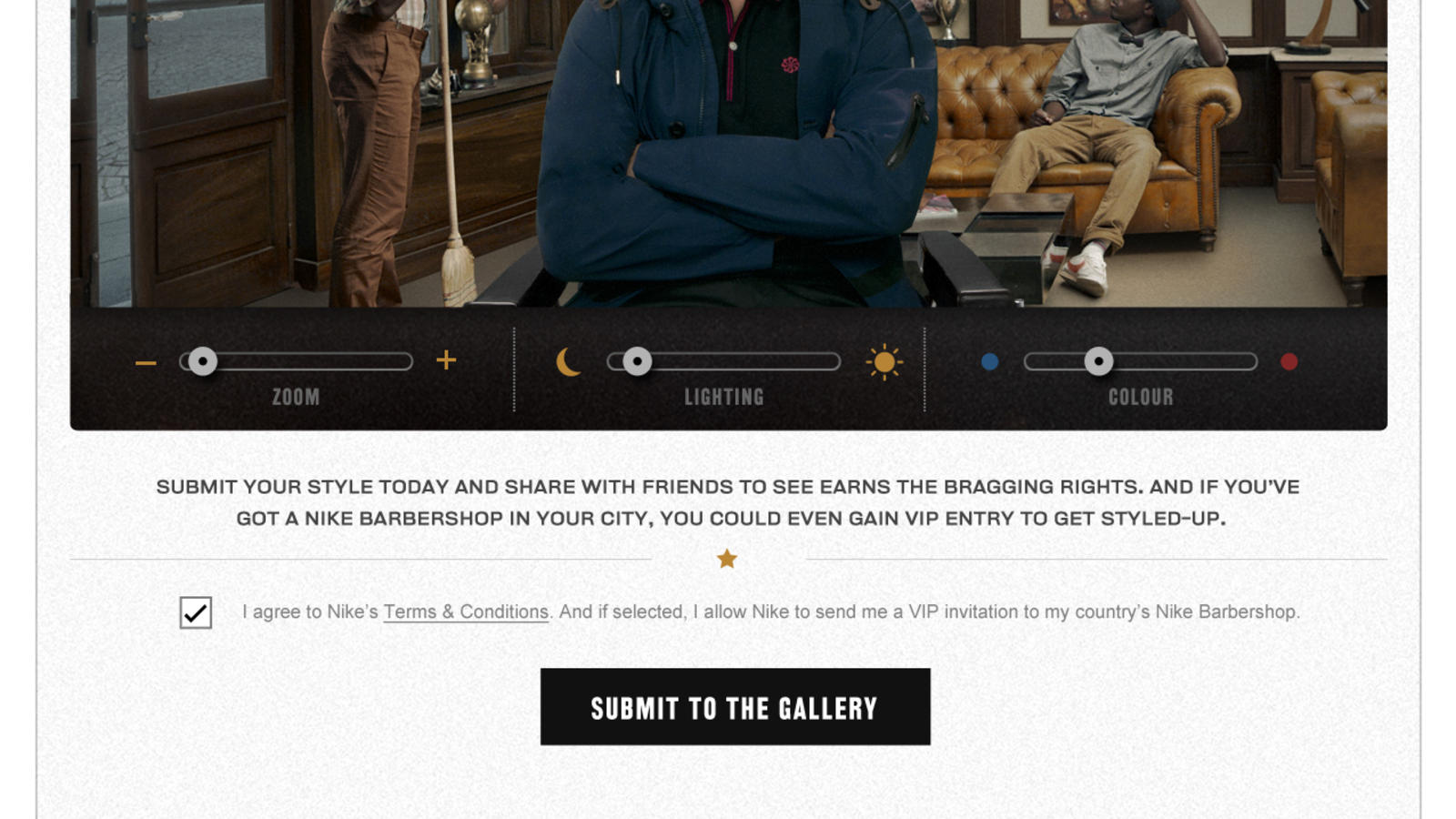 Skills and finishing on the pitch need to be razor sharp but for many players including Manchester City’s Mario Balotelli a sense of personal style on and off pitch is just as important – starting with a hair style that makes a statement.

In a playful extension of Nike’s “My Time is Now” film viewers can experience content in a unique interactive way through hidden tunnels designed to share athlete insights about their hunger to succeed and inspire young athletes to be better footballers.

Asked by the Barber what he’d like Balotelli simply replies “to be remembered.”  A series of styles rapidly take shape on the sharp shooters head but nothing works until an artistically crafted Mohawk gets the nod from Balotelli.

A Nike Barbershop App enables viewers to emulate their heroes’ hairdo by trying out ten famous footballers iconic styles and sharing them with friends.  Choosing from “The Neymar”, “The Sakho” and “The Ramos” among others, the best submissions will also get the chance to visit one of six physical Nike Barbershop locations in Buenos Aires, Madrid, Mexico City, Milan and Paris where the latest styles can be fixed for real.  A pop up Nike Barbershop will also be featured in Warsaw during Europe’s major football tournament this summer.

The Nike Barbershop hidden tunnel features in the “My Time is Now” film which is part of a broader Nike Football brand campaign that features extensive digital, out-of-home and print executions celebrating iconic global players and aspiring footballers hungry to break into the elite game.