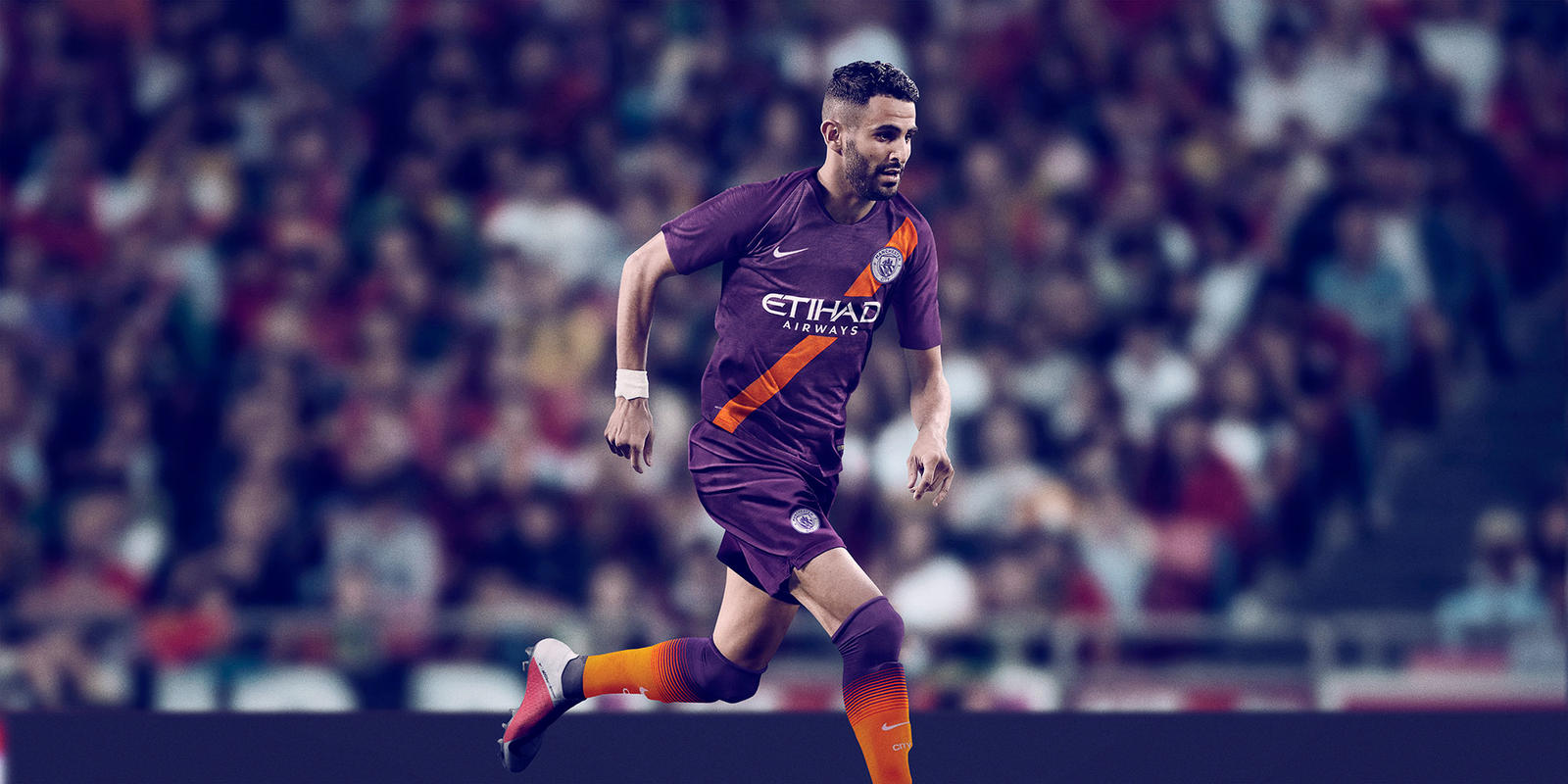 The new Manchester City third kit reintroduces the famous football sash from historic City kits, and is set in striking orange on a dark purple base.

Last season Manchester City FC finished a record-breaking run with an unprecedented 100 cumulative points. City looks to build on that success in 2018-19, and their new third kit, worn for this season's European campaign, brings a striking color palate to the proceedings.

The jersey reintroduces the famous football sash as a nod to the club’s past (it was last worn on pitch during the 2010-11 season), while also staying grounded in the present with a print formed by an aerial view of industrial East Manchester, the Etihad Stadium and its surrounding area. In total, the kit symbolizes City’s quest for glory and showcases the club’s pride in representing the City of Manchester in Europe.

The new 2018-19 Manchester City third kit is now available from nike.com and mancity.com/shop.