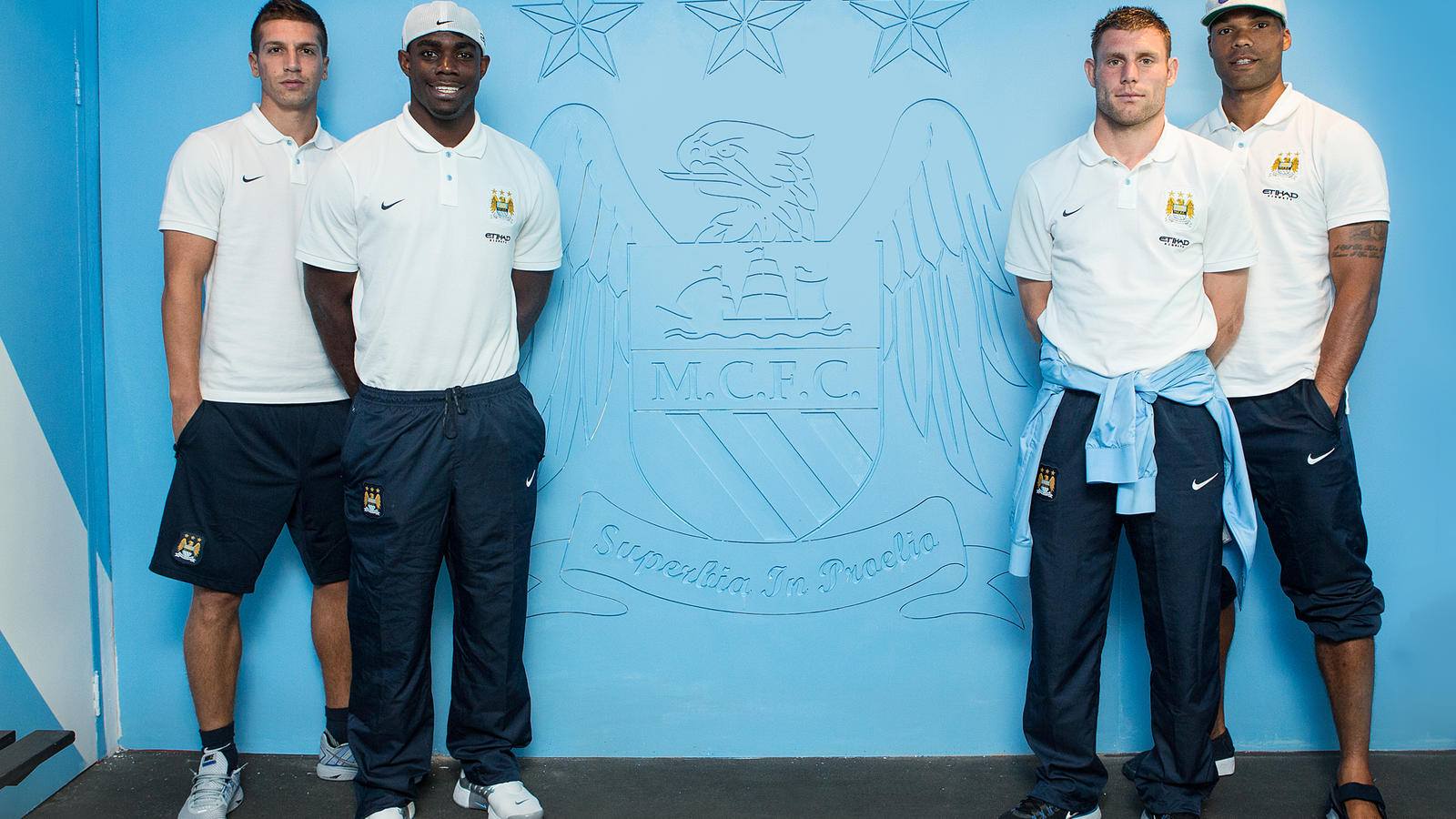 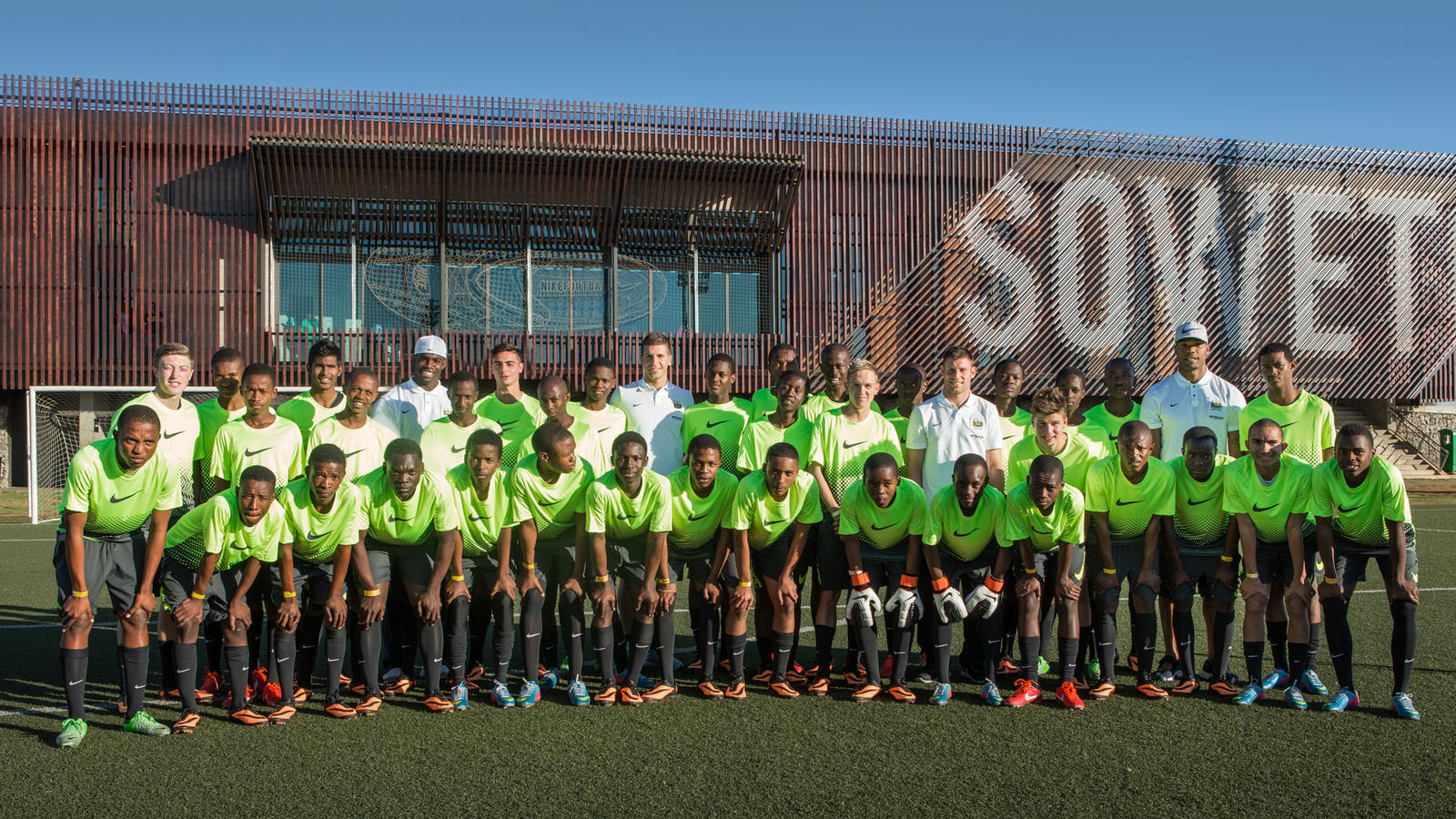 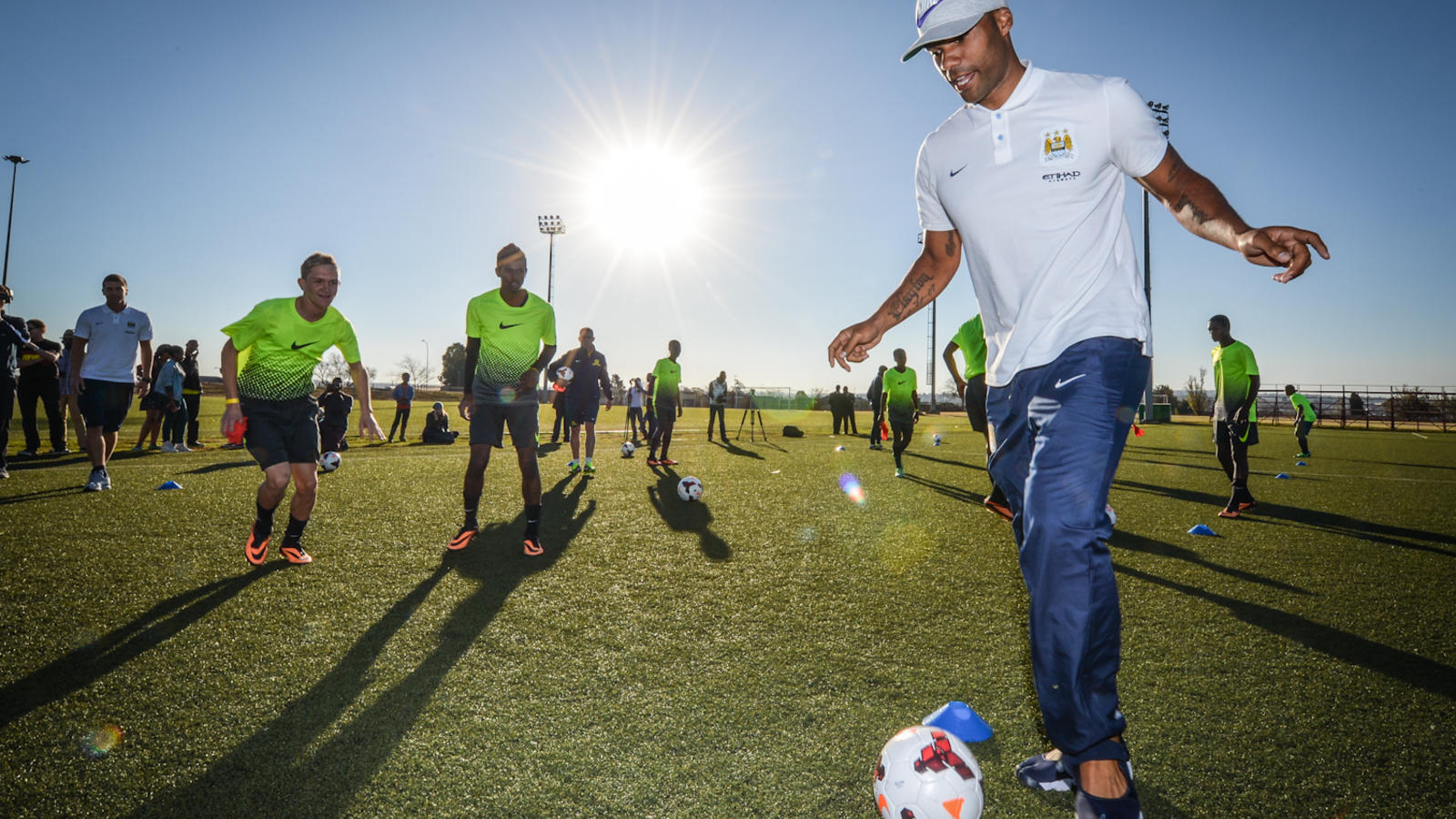 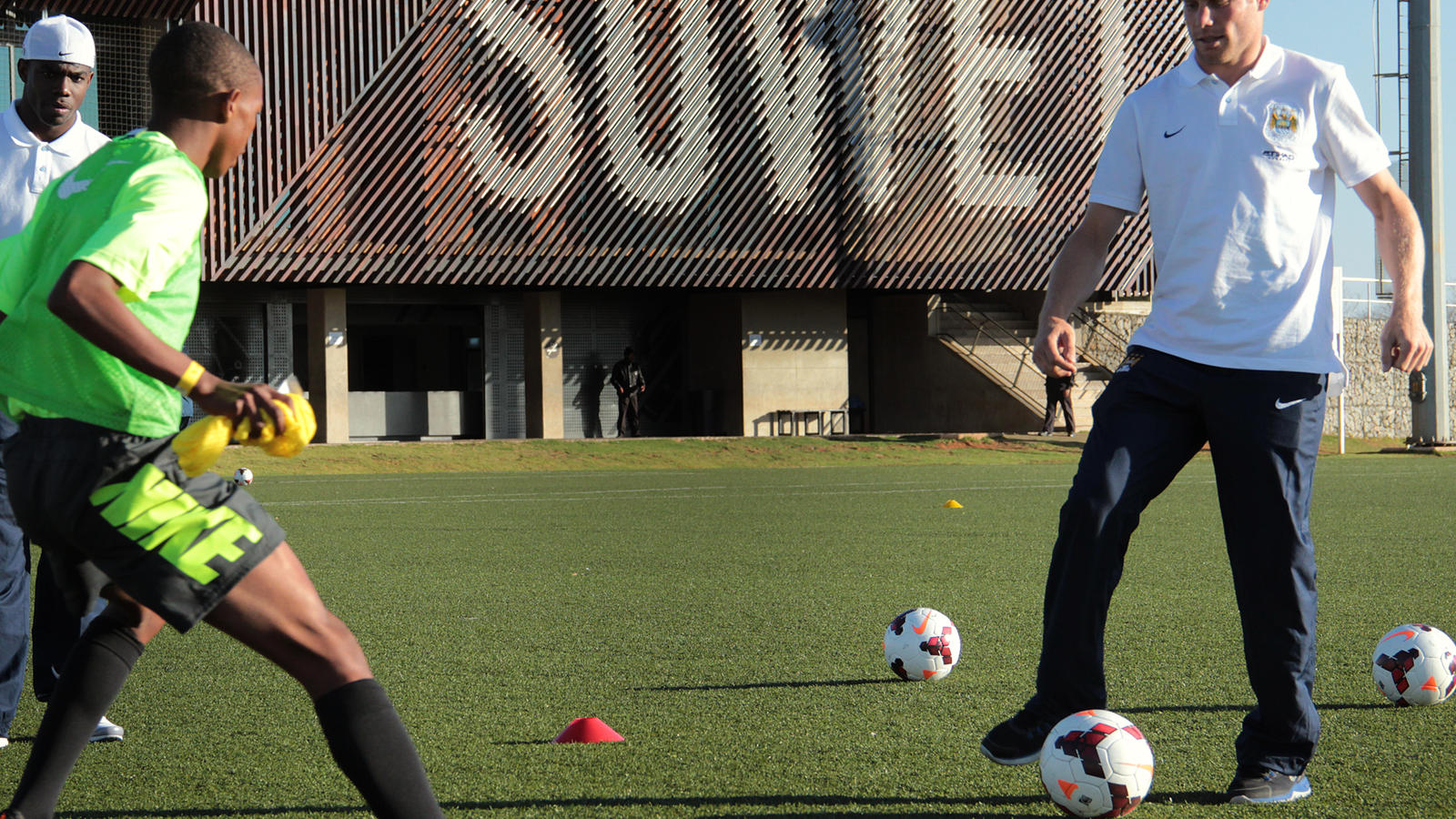 The event, which formed part of Manchester City’s pre-season preparations and 2013 tour of South Africa, took place at the world class Nike Football Training Centre located in the heart of Soweto, the hub of South African football.

The young aspiring footballers were afforded a unique opportunity to gain insights from the professional footballers – comprising of defenders Matija Nastasić, Joleon Lescott and Micah Richards and midfielder, James Milner.  The international players inspired the young South Africans to become the very best footballers both on and off the field, providing invaluable advice on how to enhance player performance and the importance of maintaining a healthy balanced lifestyle off the pitch.  Players also shared how innovation from Nike’s performance apparel and footwear gives them the competitive edge.

Micah Richards said on becoming a better footballer that, “Youth development programmes are an important stepping stone to playing professionally one day.”  He concluded that, “talent alone no longer is enough, desire and commitment are the most important attributes for young footballers - if you are good enough you are good enough and you’ll make it.”

A master class training session featuring the Manchester City four-some also prompted the young attendees to try their hand at besting their idols. This session provided invaluable insight into the level of skill required to participate at a professional level.

James Milner said on being asked about the talent on the field, “I’ve seen some great young players, their touch and control is impressive.  I most enjoyed the fact that they all look so keen to learn and experiment.  As players, we hope that visits like this further inspire these youngsters to be great.”

The new branded locker room features the club crest and the team’s credentials including their 2011-12 Premier League win.  The players' famed signatures also grace the wall and completes the impact their enduring legacy intends to leave by inspiring and enabling young talented footballers of South Africa to realise their dreams by grasping the future tightly with both hands.