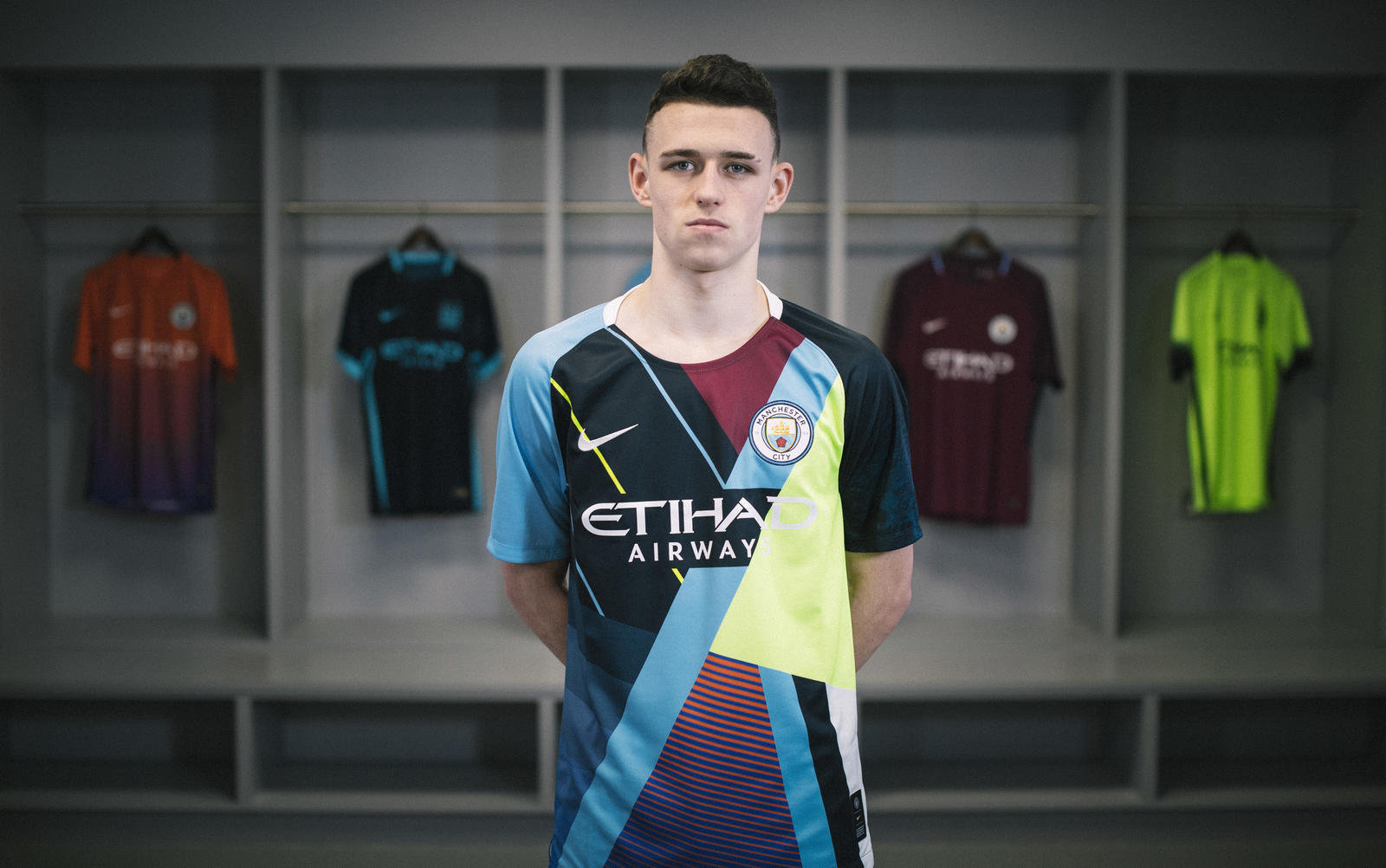 During its six-year-long partnership with Nike, Manchester City has won six major trophies. This run of success is recognized with the limited-edition Nike x Manchester City celebration jersey.

The design pulls from nine of the period's iconic looks, including the 2017-18 centurion season home shirt worn by Kevin De Bruyne Raheem Sterling and John Stones, in which the club broke the Premier League points tally record, and the third shirt from the 2013-14 domestic double winning campaign that was worn by midfield lynchpin Fernandinho.

Rising star and homegrown talent Phil Foden is one of the select few to have worn every single jersey produced within Nike’s six-year partnership with Manchester City. "My personal favorite is the home jersey from last season. I made my debut wearing that, so it means a lot me," says Foden. "It’s great because the fans will be able to point out the jerseys and relive the memories created in them."

The shirt will debut on pitch as a pre-match option this weekend in the English Premier League and will be worn for the remaining fixtures.

The individually numbered (1 to 6,000) Nike x Manchester City celebration jersey will be available April 10 on nike.com and at select retailers.