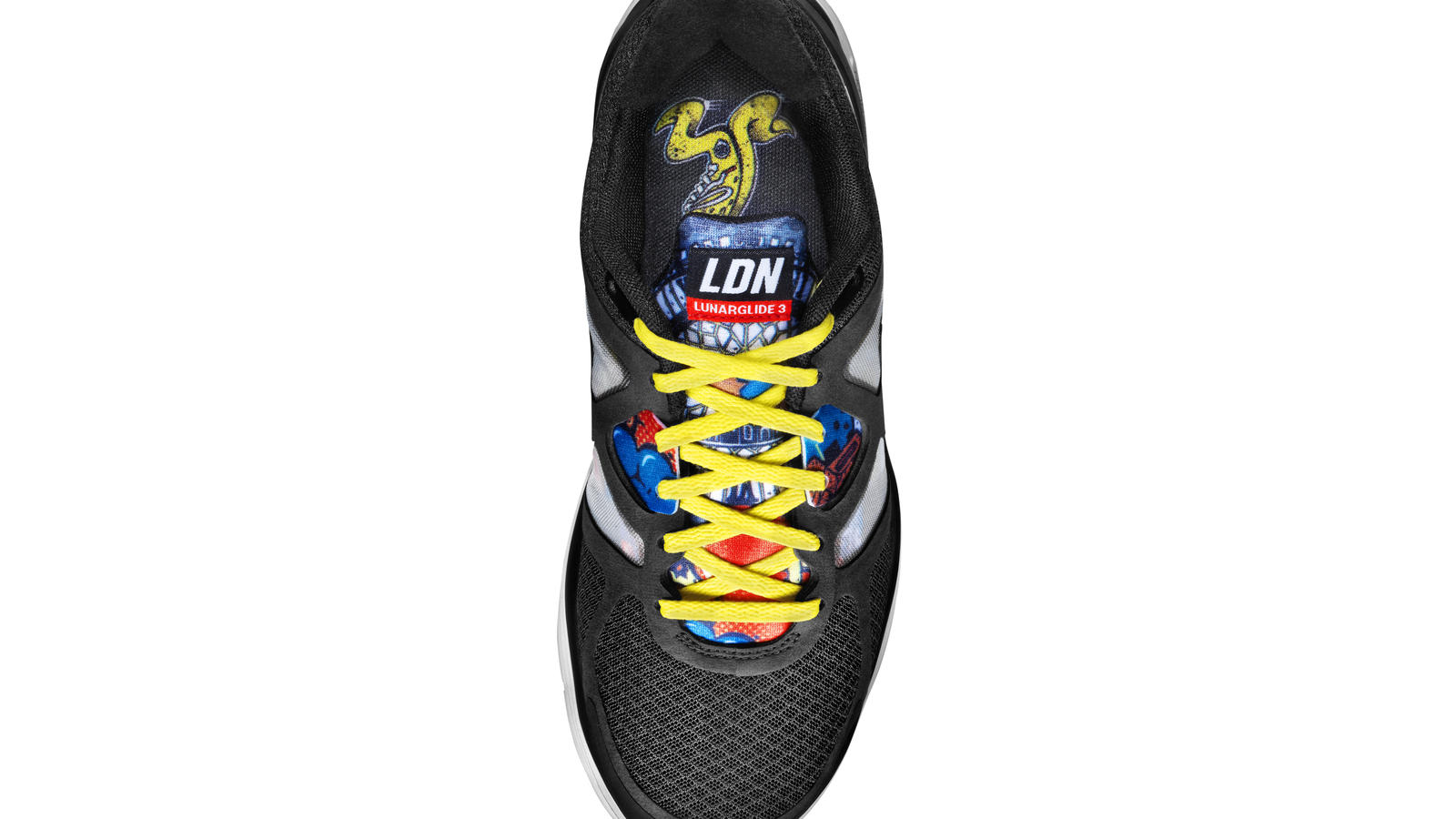 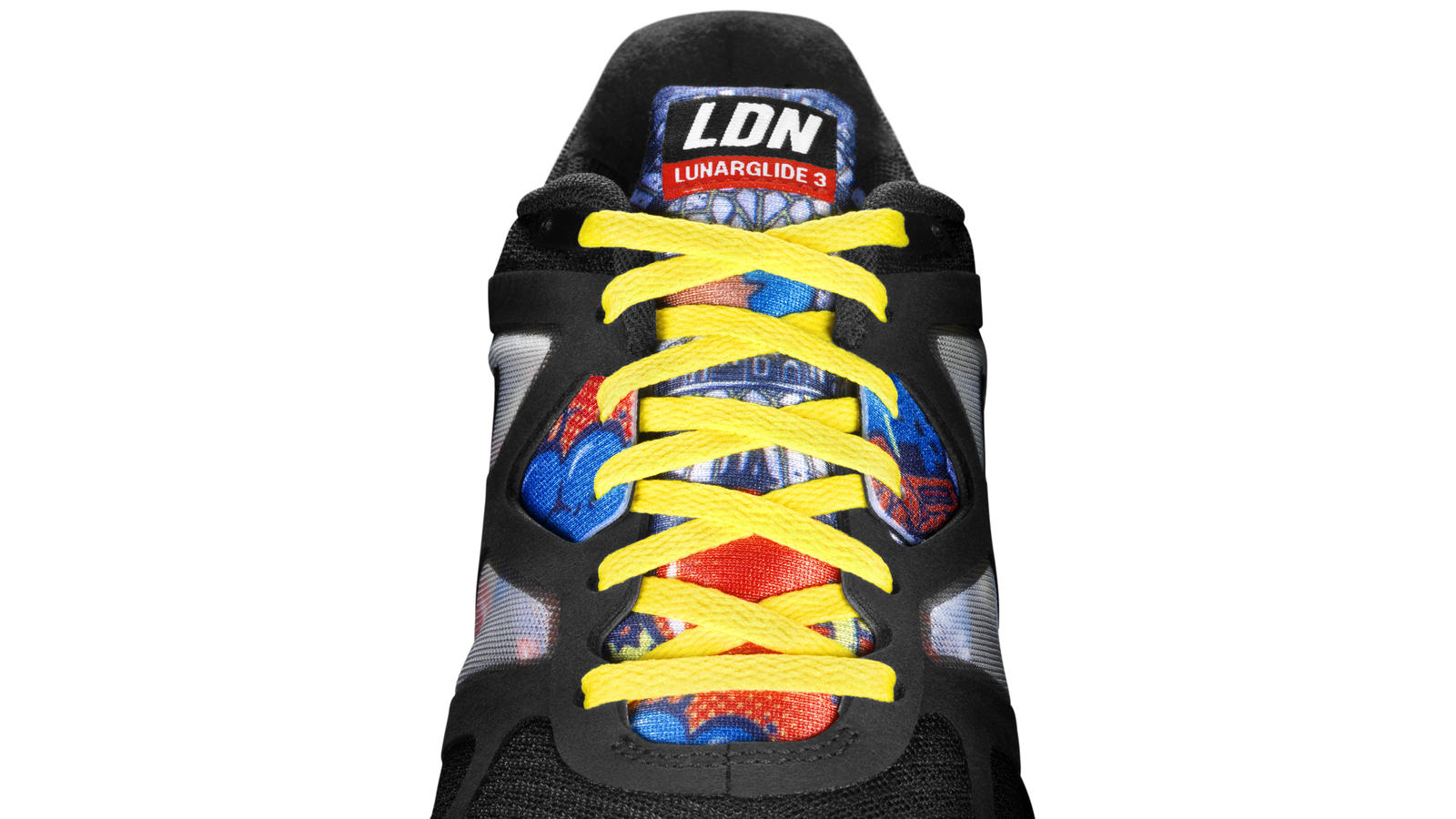 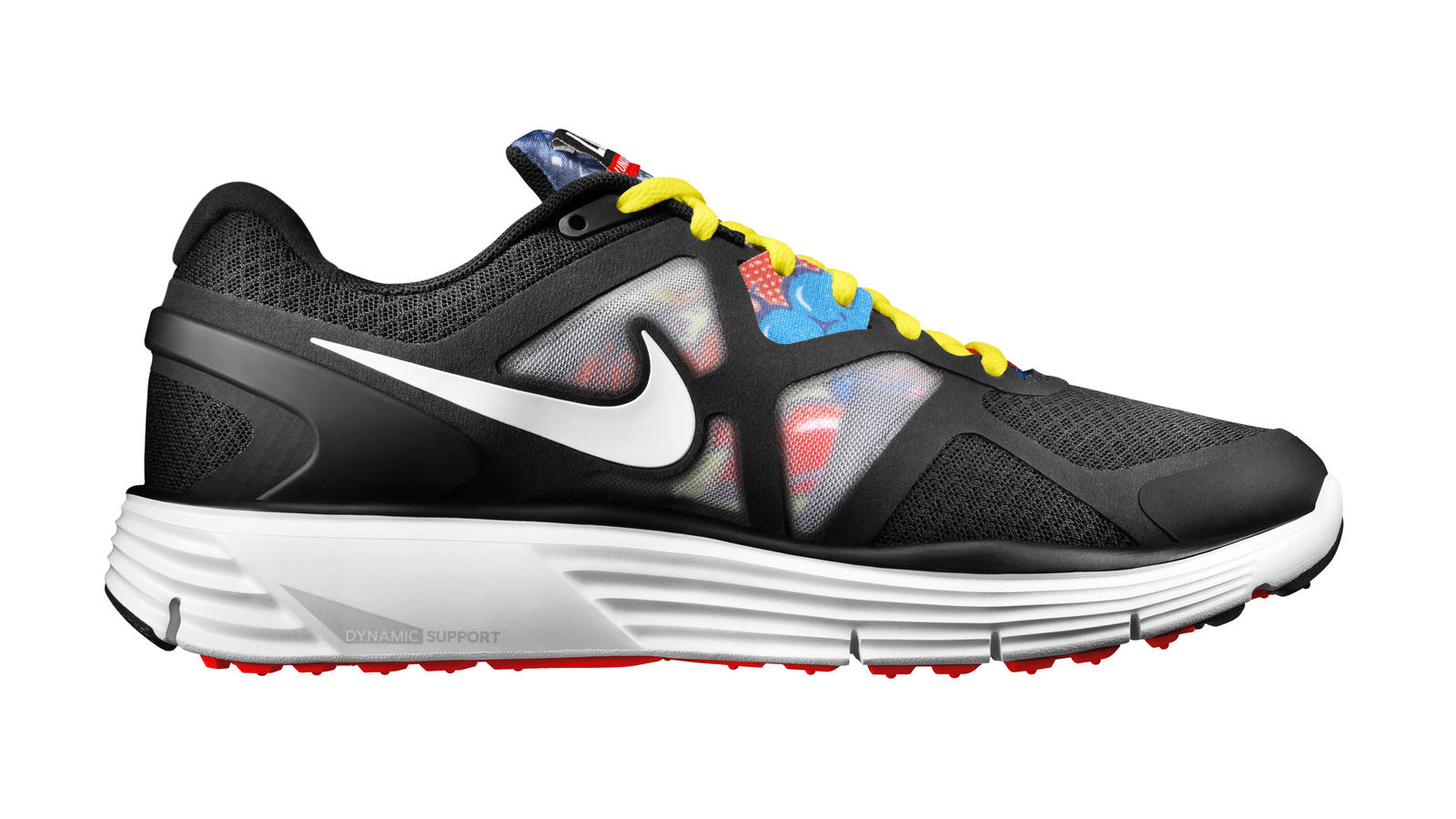 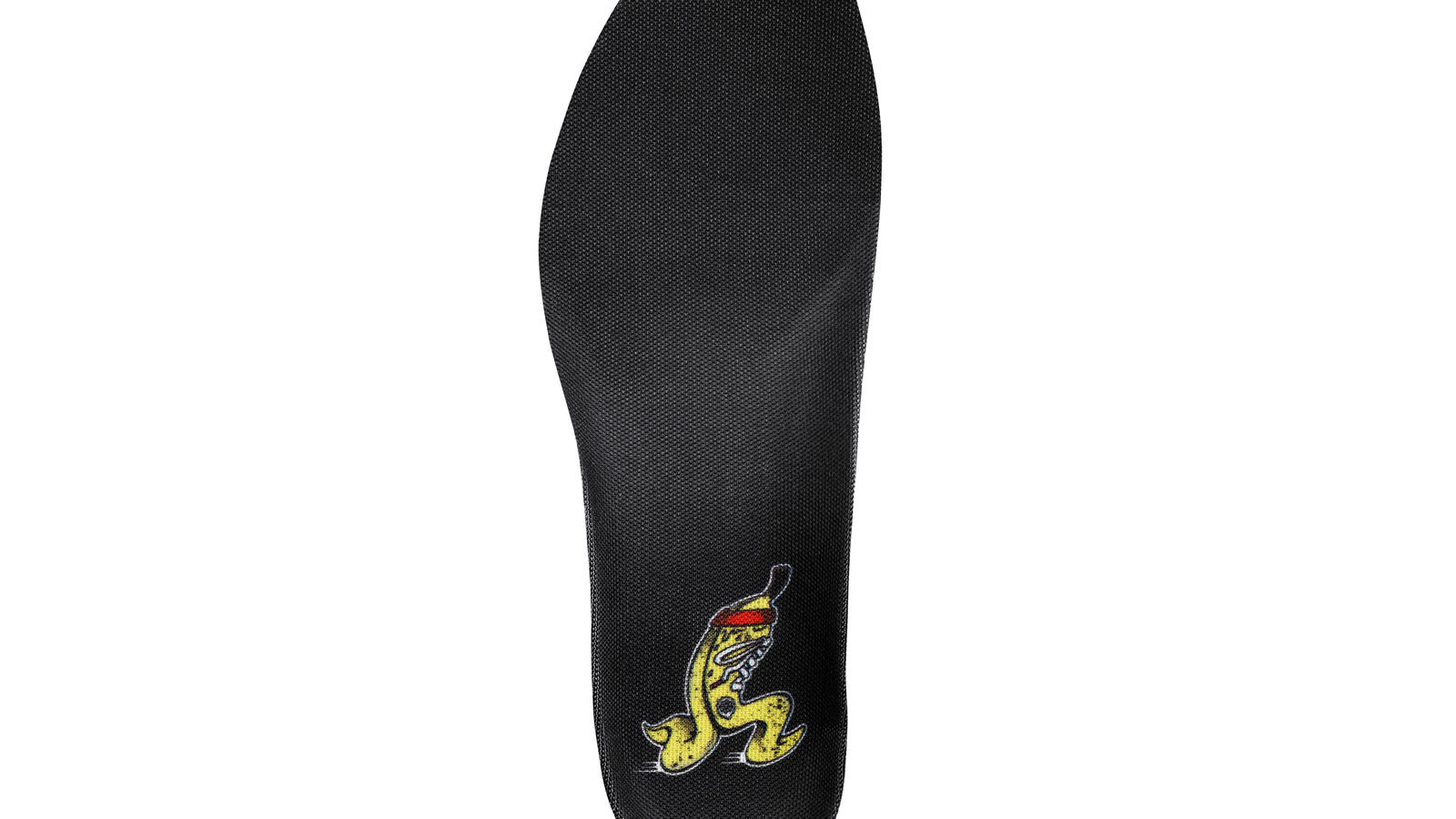 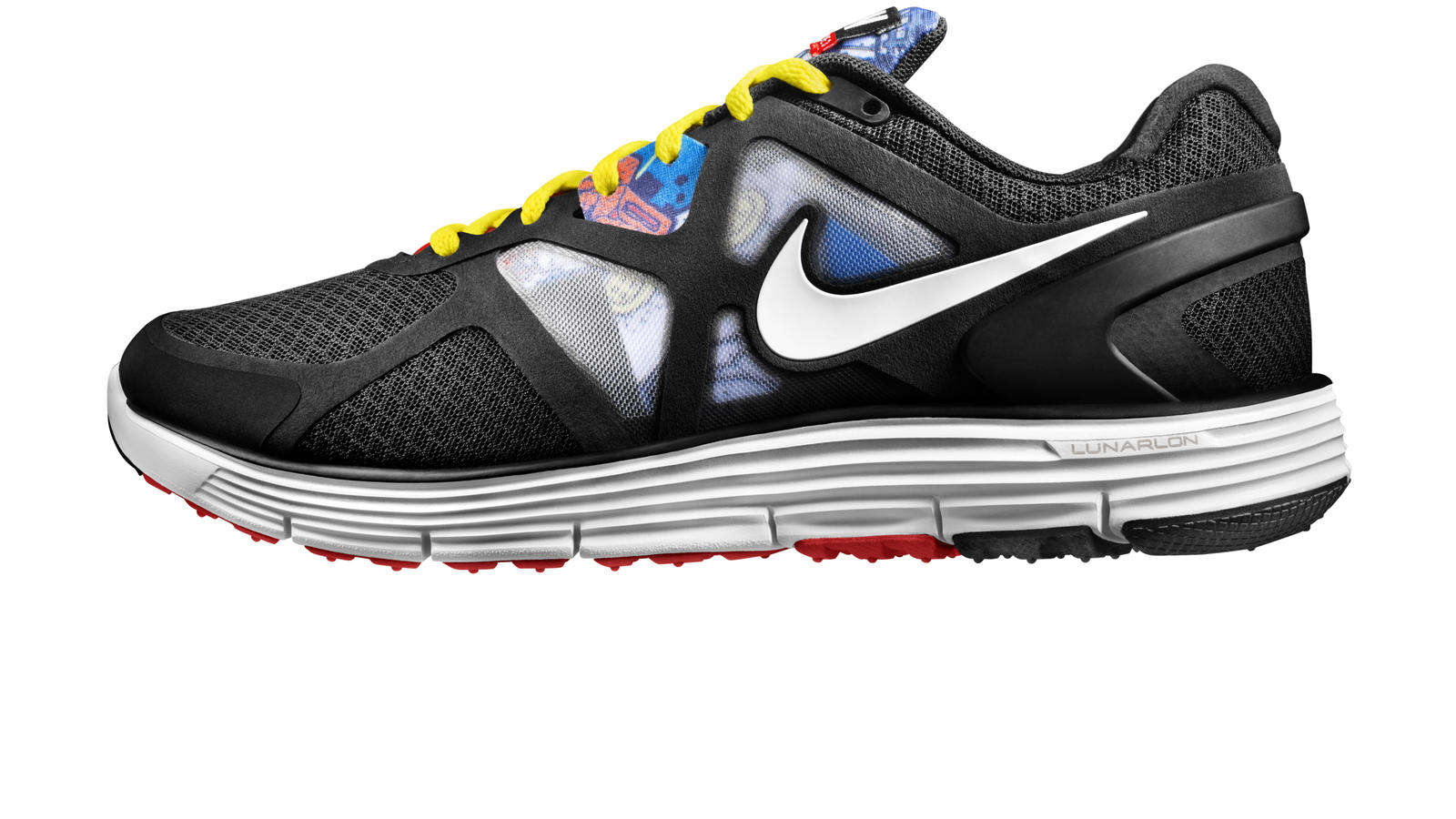 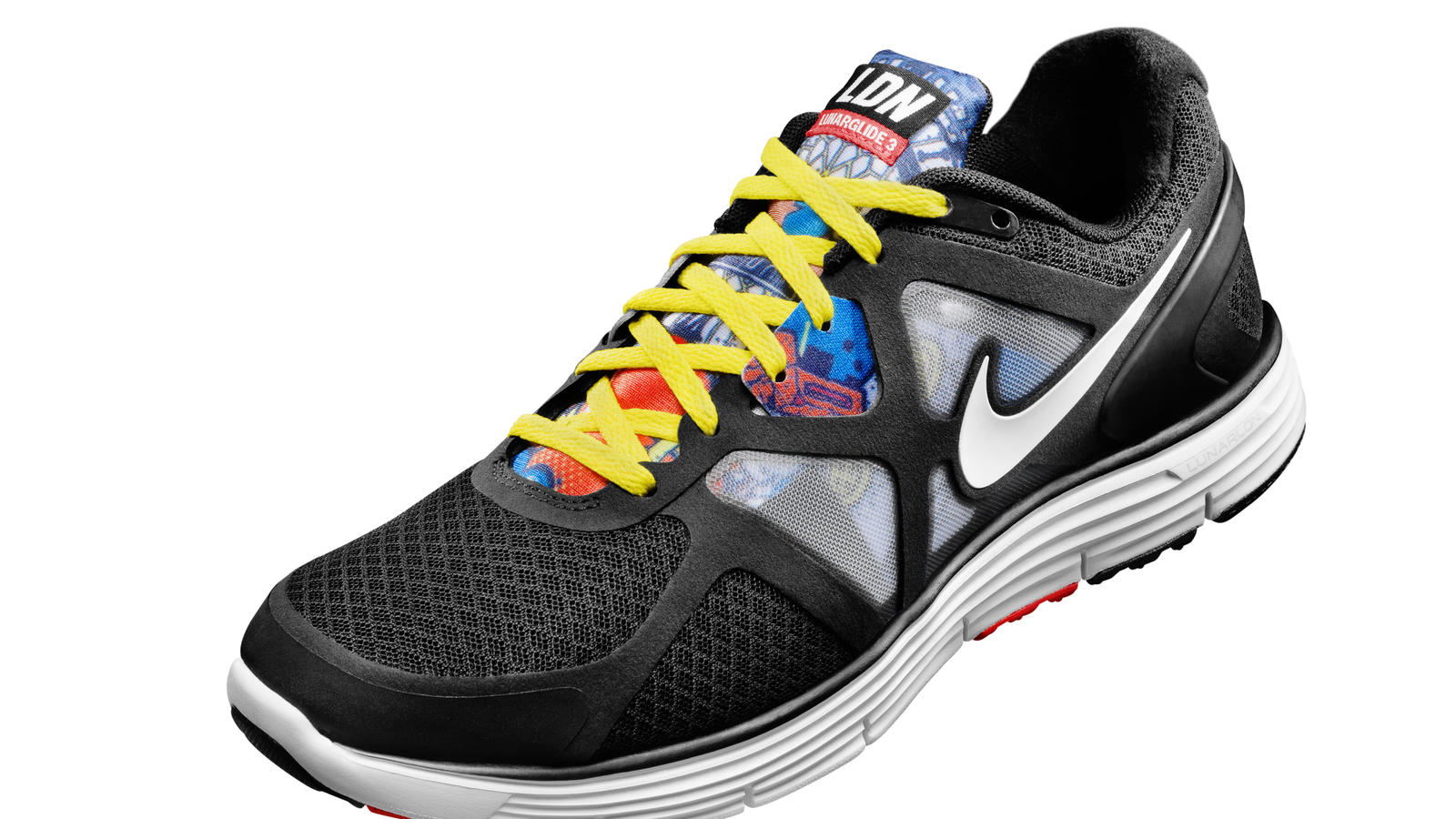 Every April thousands of runners hit the streets of London to test their endurance, conquer goals and break personal records. To celebrate, Nike teamed up with artist Mark Ward to create graphics for this year's special London edition of the Nike LunarGlide+ 3, part of the city pack collection of nine shoes highlighting major marathons around the world.

The Nike LunarGlide+ 3 offers great cushioning and stability in a lightweight, flexible and breathable package. It features Dynamic Support -- opposing wedges of foam that move the runner from soft to stable as the heel lands and the foot flexes down -- to provide an easy, gradual transition and a smooth ride.

Mark Ward grew up in London watching so much American television he believed it must be a country of cartoon colors and non-stop parades. Reality set in after a visit, but his work still exhibits American wonderland themes. Currently living in London, he cheers on swarms of runners every year. His city pack artwork was inspired by their dedication and is filled with funny symbolism true runners will appreciate.