Football is important to Neymar Jr., so is family.  His close relationship with his sister, Rafaella, is symbolized by a diamond tattoo on each of their arms.  Just above Neymar Jr.’s tattoo is the word ‘sorella’ (sister), while Rafaella has ‘fratello’ (brother) above hers. 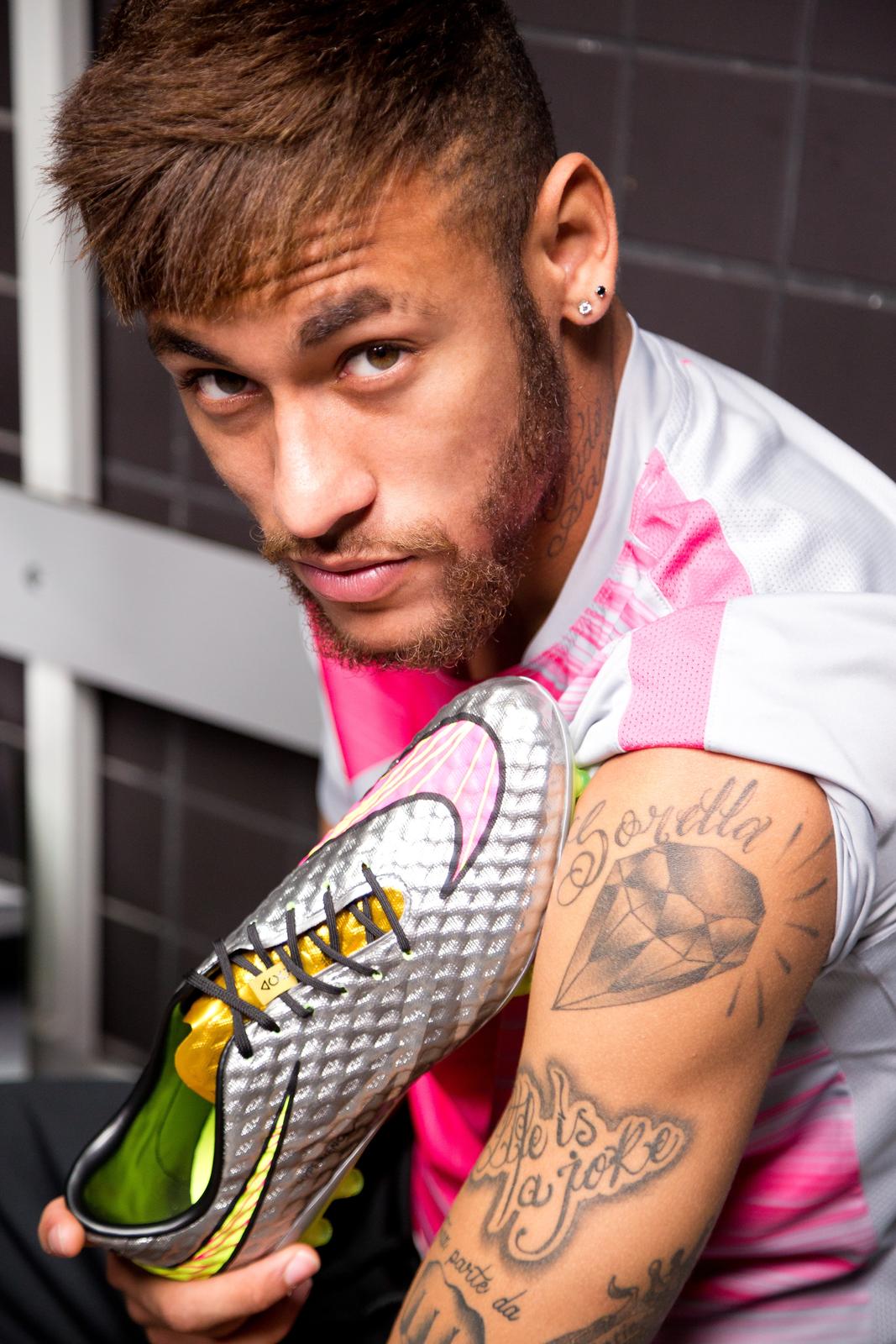 “The diamond tattoo I’ve got was done with my sister. We thought we’d get one done together because diamonds are rare and the feelings I have for my sister are rare, so we decided to pay homage to each other in that way,” said Neymar Jr. “A diamond is a gemstone that is simple but beautiful. It is also a rare jewel that stands out and that is what catches my attention and reminds me of my relationship with Rafa."

Neymar Jr. stands out from the crowd, on and off the pitch. The challenge for Nike’s design team was to ensure his boots stand out as well. Neymar Jr. launched the original Hypervenom in Rio de Janiero in 2013. He followed it up with a gold edition of the Hypervenom the next summer. Now, as Neymar Jr. enters his eighth year as a Nike athlete, he will debut the Hypervenom Liquid Diamond. 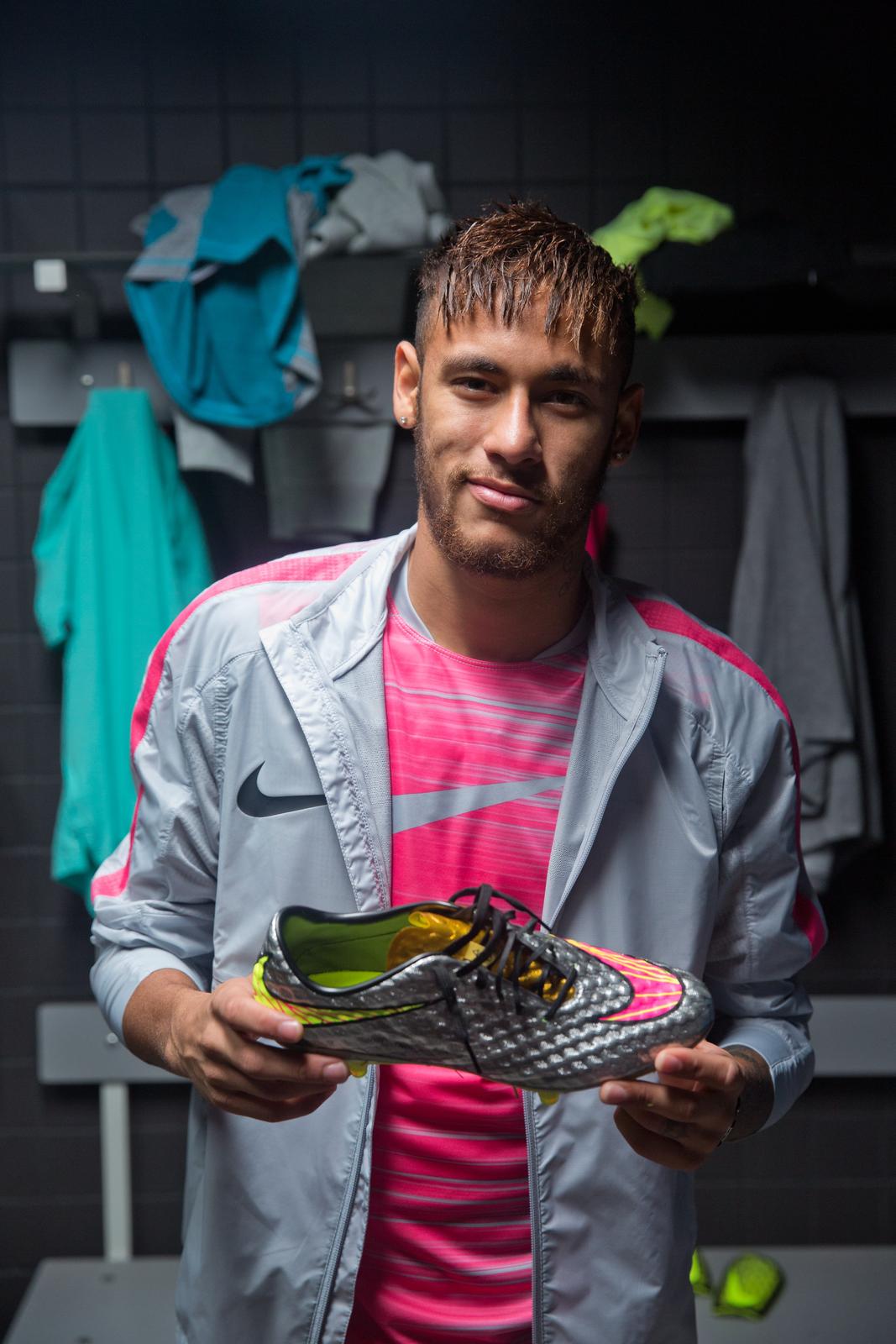 Neymar Jr.’s affinity for diamonds helped inspire Nike’s design team to create the unique colorway. “We take inspiration from Neymar Jr.’s play and personality,” says Max Blau, VP Nike Football Footwear. “He attacks the defense with a style so fluid, it reminded us of water flowing between rocks. That’s when we started shifting our thoughts from incorporating a nod to diamonds, to creating a liquid diamond aesthetic for the entire upper.”

The NikeSkin upper of the Hypervenom provided a textured canvas, enhancing the dimension of the color. After experimenting with a variety of different shades, the Hypervenom Liquid Diamond began to emerge, with colorful accents as a nod to Neymar Jr.’s personality.

“I think they will stand out because of that bright and energetic feeling you get from these boots. I think they have captured my bold and cheerful nature.” – Neymar Jr. 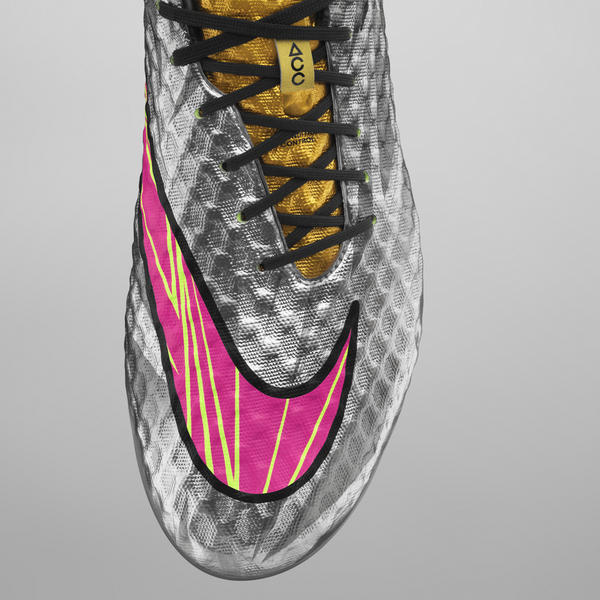 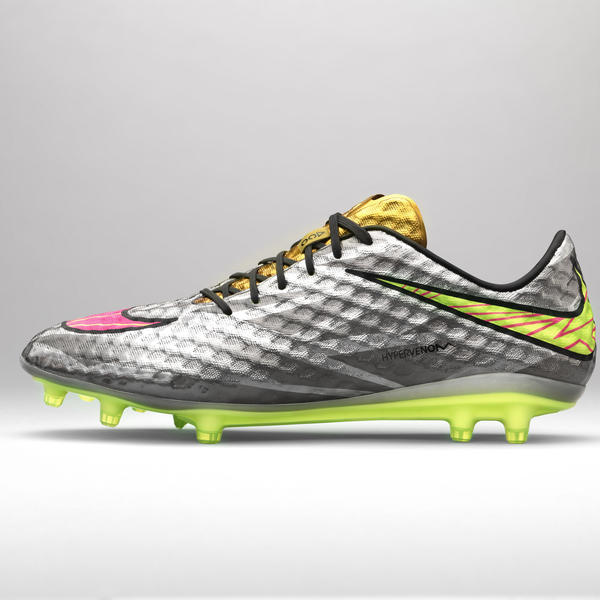 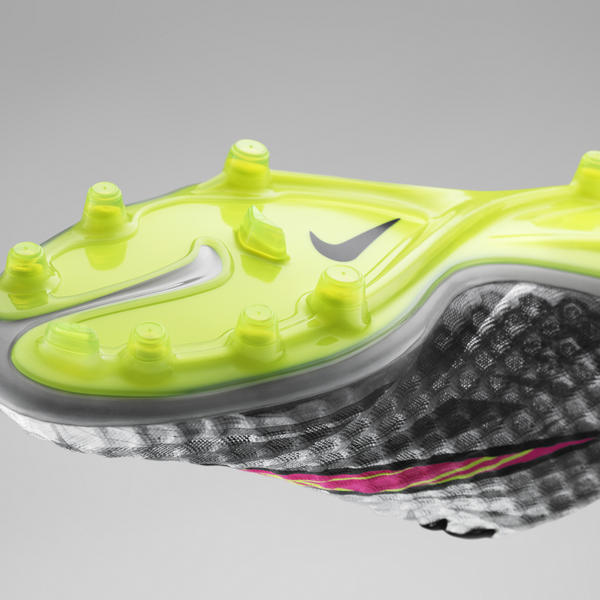 The Hypervenom Liquid Diamond will be available for pre-sale via the Nike Football App Jan. 26 and will be on nike.com Jan. 28.