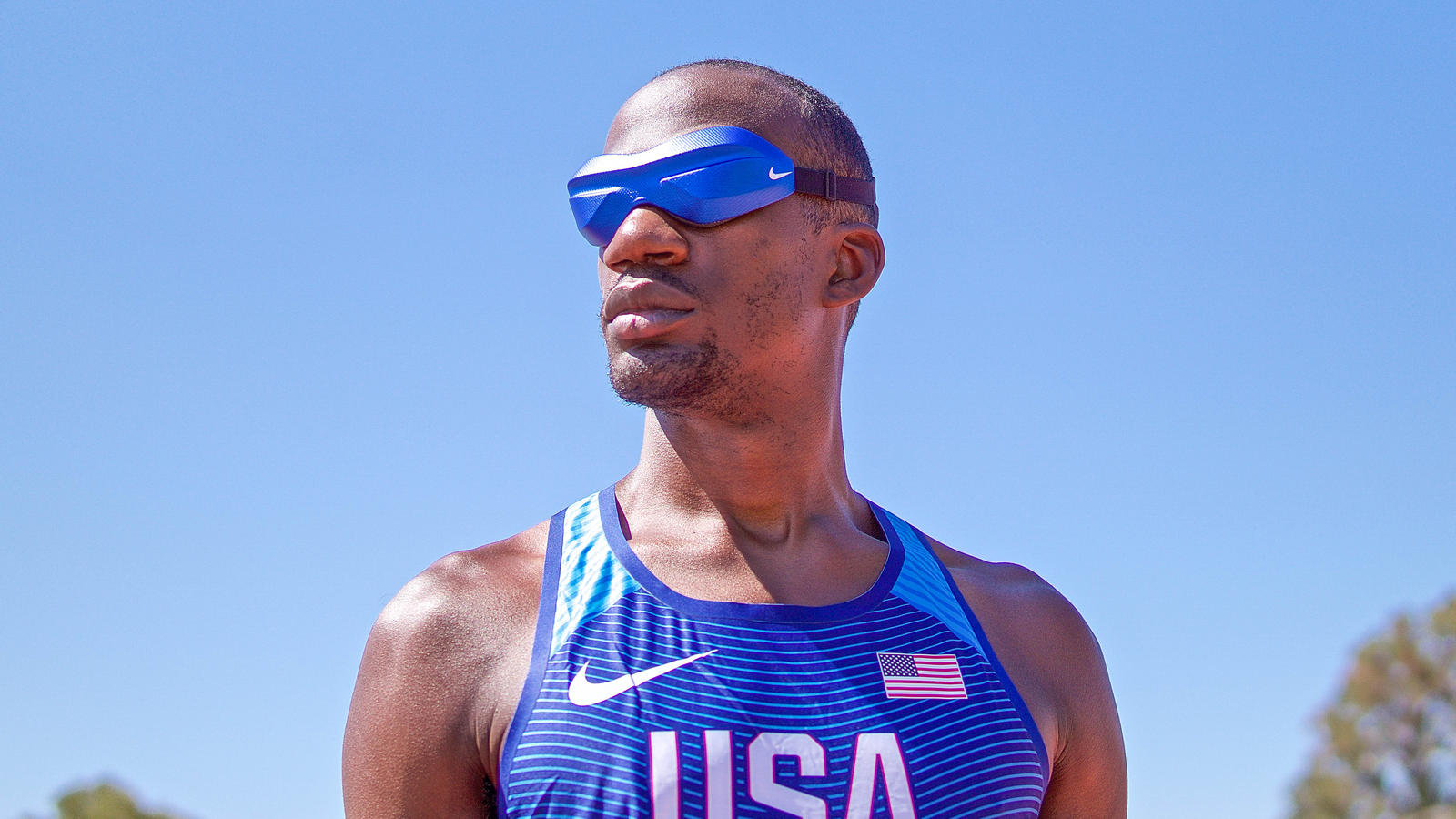 World-champion long jumper Elexis (Lex) Gillette’s favorite superhero wears a black mask as he fights criminals, spurred to action by a childhood incident. When Gillette battles competitors he too dons a mask, his motivation similarly traceable to early days.

At the age of eight, Gillette lost his sight due to recurring retina detachment, a reality that shaped his lifelong mantra: “No need for sight when you have a vision.” Driven by the motto and his mother, Verdina Gillette-Simms, who instilled in her son a no-excuses, big-dreams mentality, Gillette embarked on an athletic career. 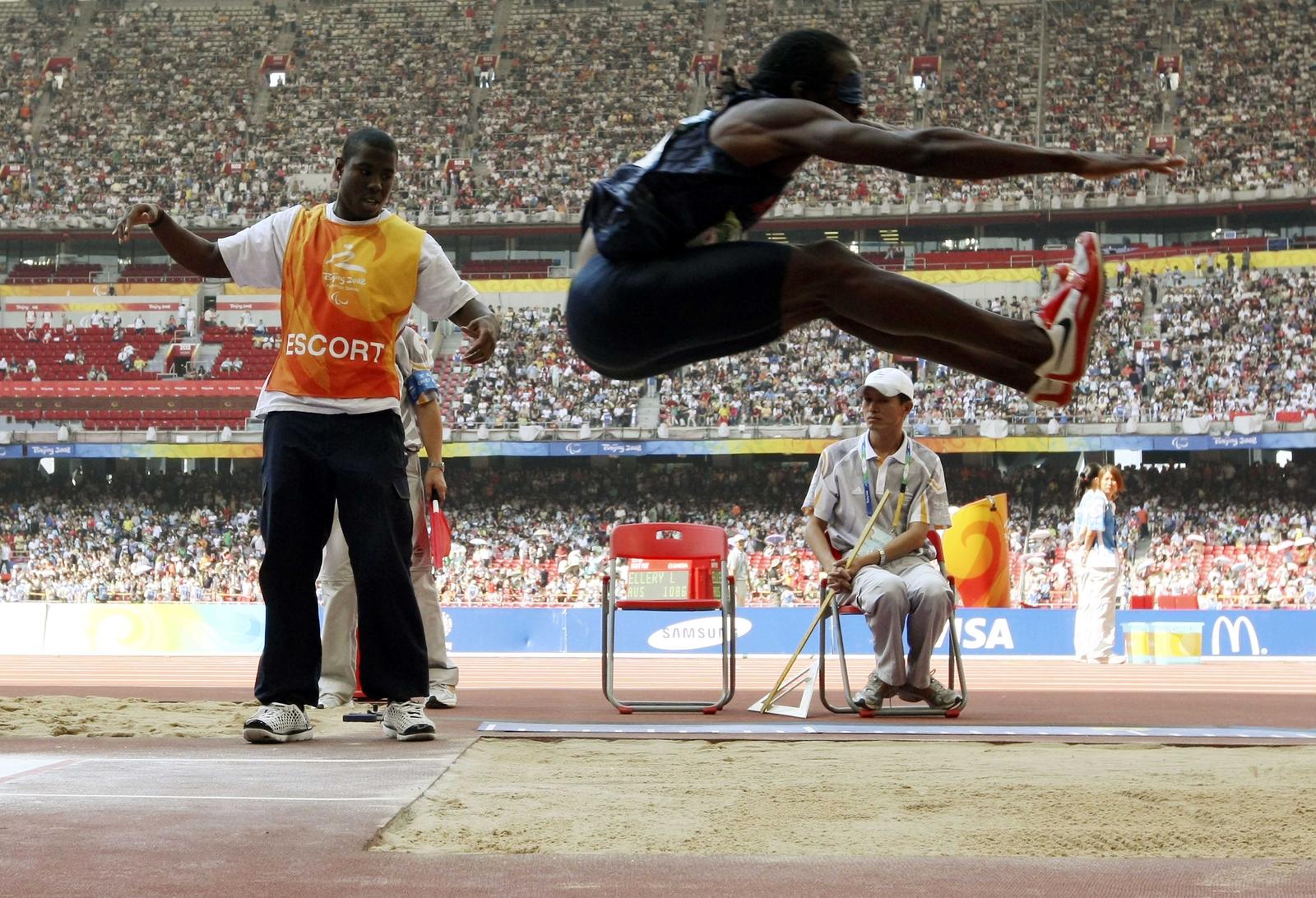 Now 31, Gillette is lauded as the best totally blind American long and triple jumper in the nation’s history. He is the current world-record holder in the long jump, a two-time long jump world champion, 16-time nation champion and two-time gold medalist. And when he takes off down the track towards the pit, he exhibits the key attributes of a superhero, relying on his remaining four senses to guide him — 16 steps and then he leaps. But up until now, that mask Gillette wears has belied his phenomenal feats.

In Gillette’s Paralympic class, the Class T11 long jump for visually impaired athletes, all athletes are required to wear opaque glasses or an eye mask, and those fabric masks are standard wear despite their drawbacks: They hit eyelashes and their fit is inconsistent, making them an added distraction. And, Gillette adds, “They just feel ugly. I want to look cool when I’m doing this.” 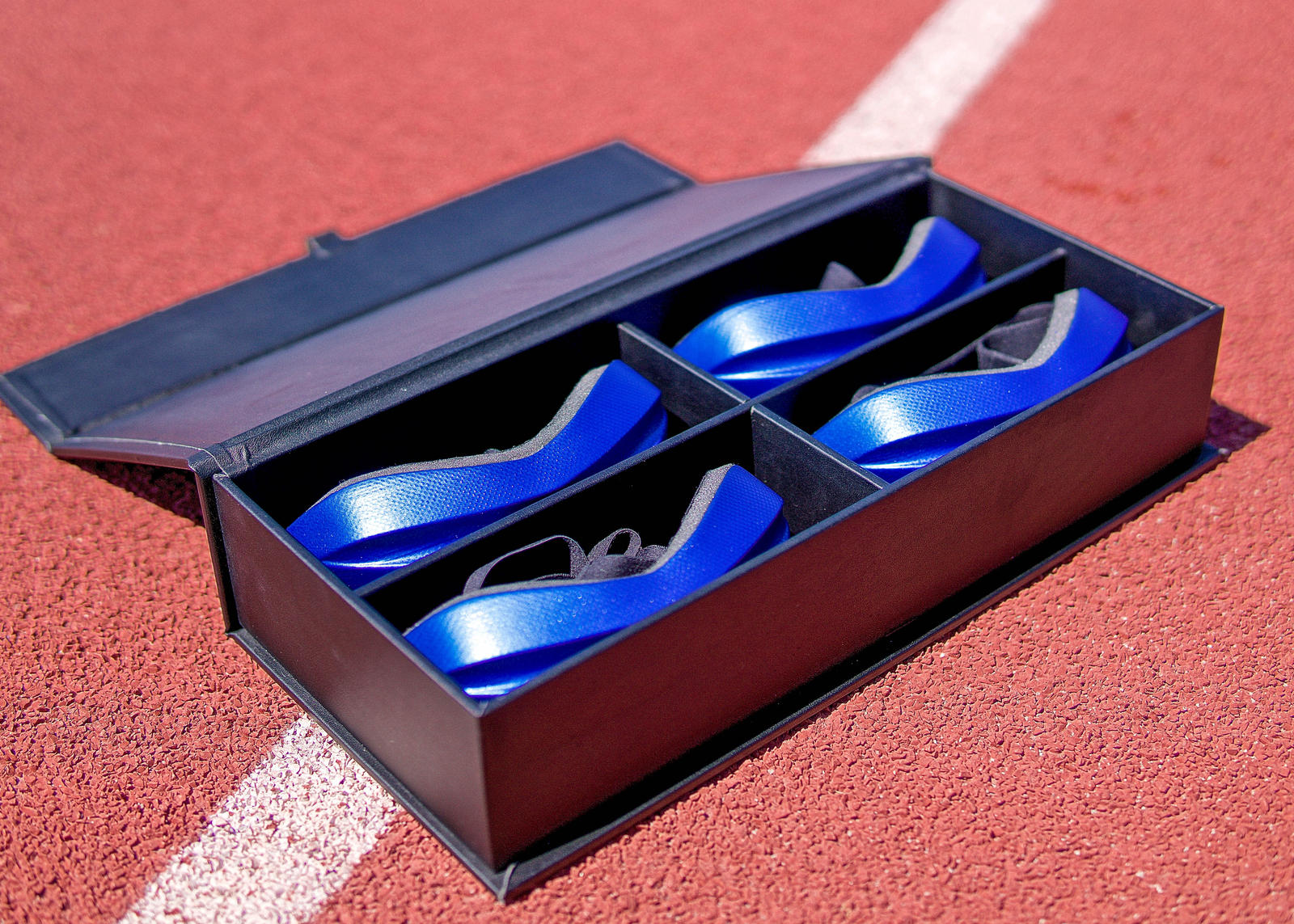 Box of Nike eyewear made for Lex Gillette 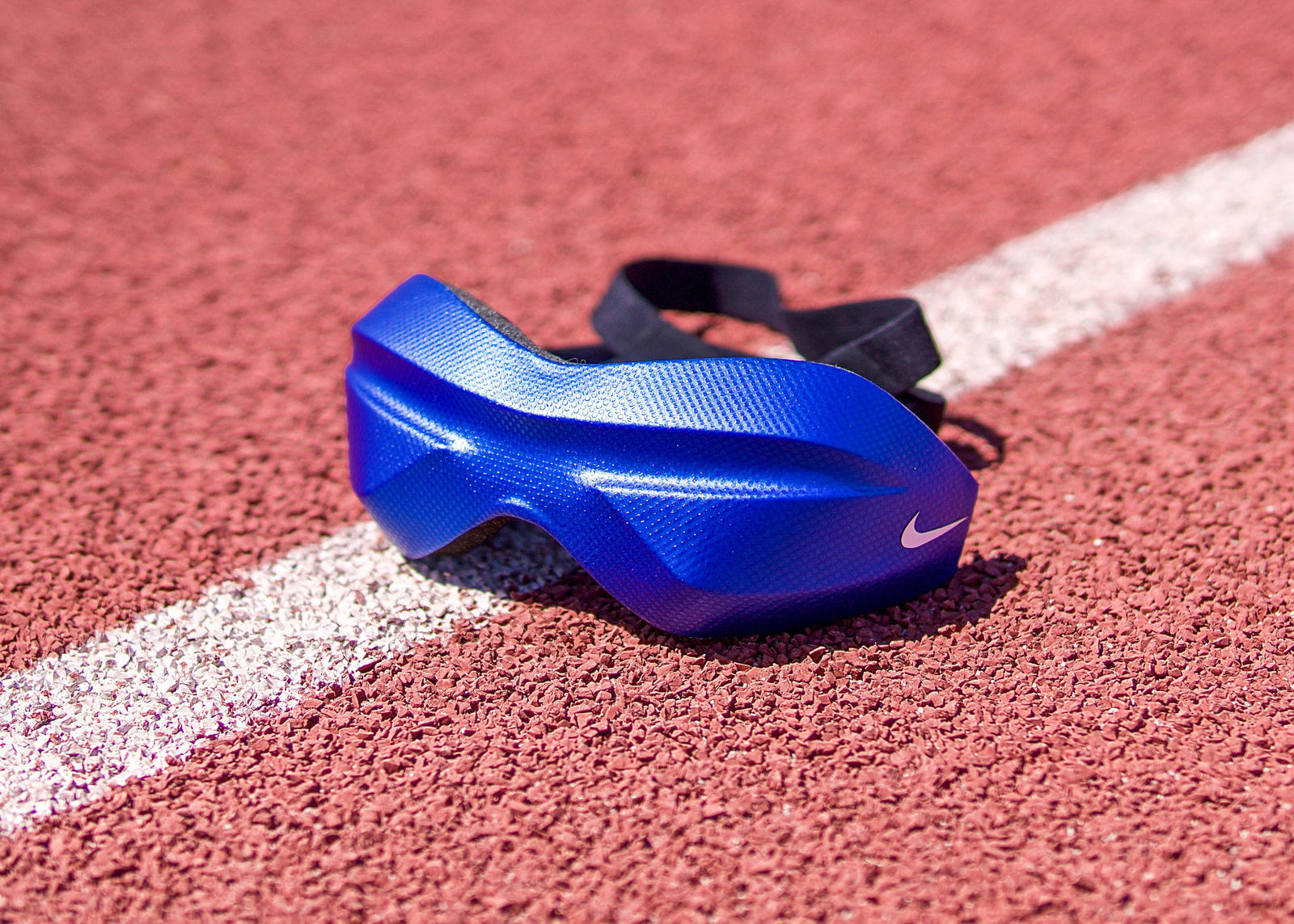 Nike eyewear made for Lex Gillette

In conversation with Nike’s cross-functional NXT team, Gillette dug into the details of his ideal style. He wanted a more eye glasses-style structure that would minimize surface-to-skin contact so it would seem as though his face was bare (the way it is when he trains). The design would also protect his eyes in the instance that sand flew up from the pit, and he wanted the eyewear to be tactile: “When I touch something and imagine it,” Gillette explains, “I can gauge it and create the picture in my mind. I can think, ‘I can rock this. It would look nice with my uniform.’”

Working off of these insights, the team rapid prototyped a few rough samples, which they taped to elastic and brought with them on a visit to Gillette’s training facility in Chula Vista, California. There, they determined a design direction and scanned Gillette’s head for further size refinement. 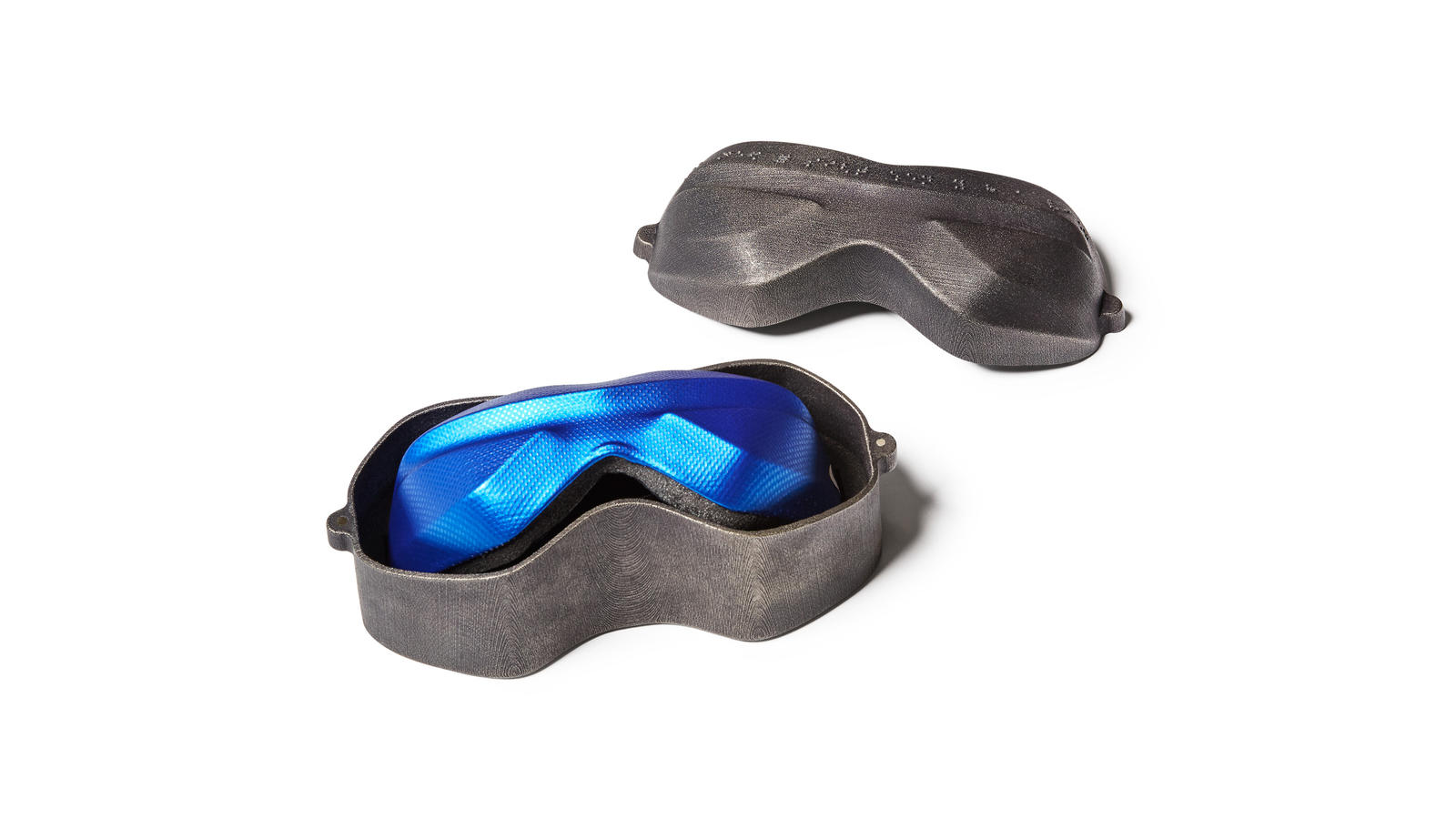 Nike eyewear and case made for Lex Gillette. Braille on the case reads, “No need for sight when you have a vision,” and braille inside the eyewear reads, “No Fear.”

Opting for a hard shell with a sculptural form that echoed the audacity of the athlete’s choice crusader, the team worked back and forth with Gillette to perfect the prototype’s fit, including the back strap, which they affixed with adjusters that would enable in-the-moment customization.

Next came the finish. The team stayed true to Gillette’s tactile desires and added additional factors: They wanted a patina that would also illuminate the eyewear’s bold shape and communicate an intrepid aesthetic. So instead of painting the piece, they pulled footwear and apparel skins and played with sublimating the fabrics onto the frame. 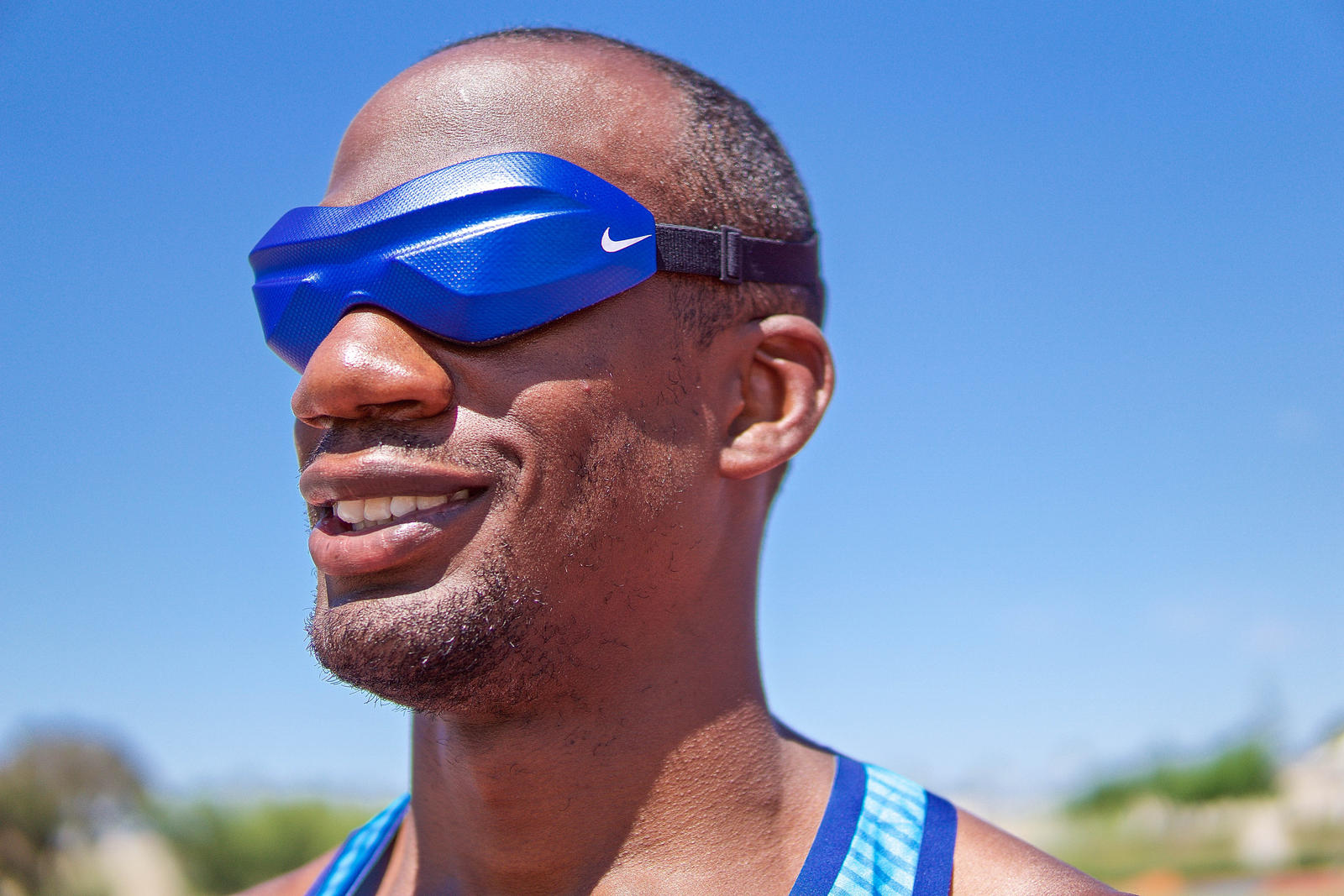 The final design will debut in September when Gillette once again proves his own superhero status.