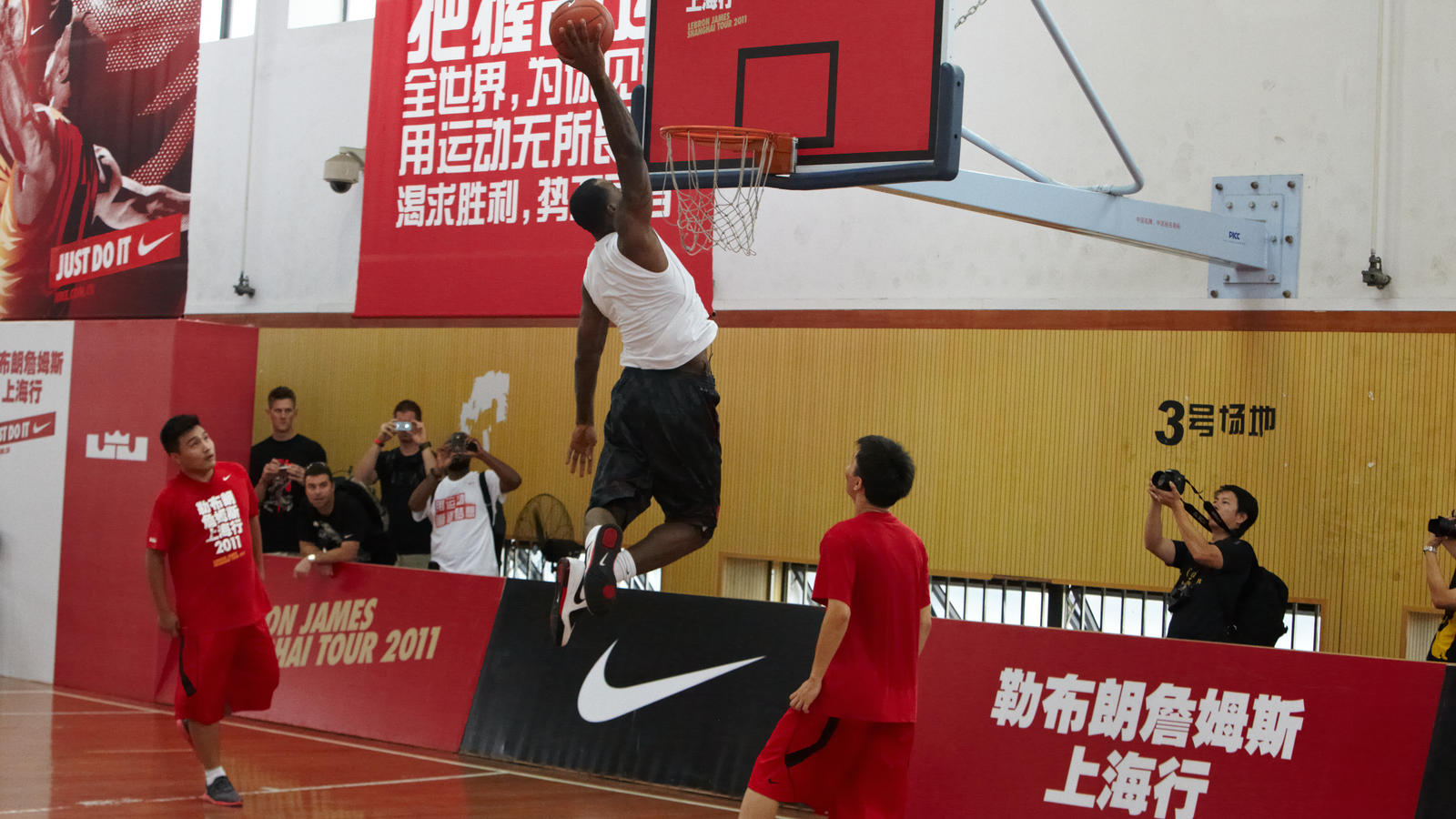 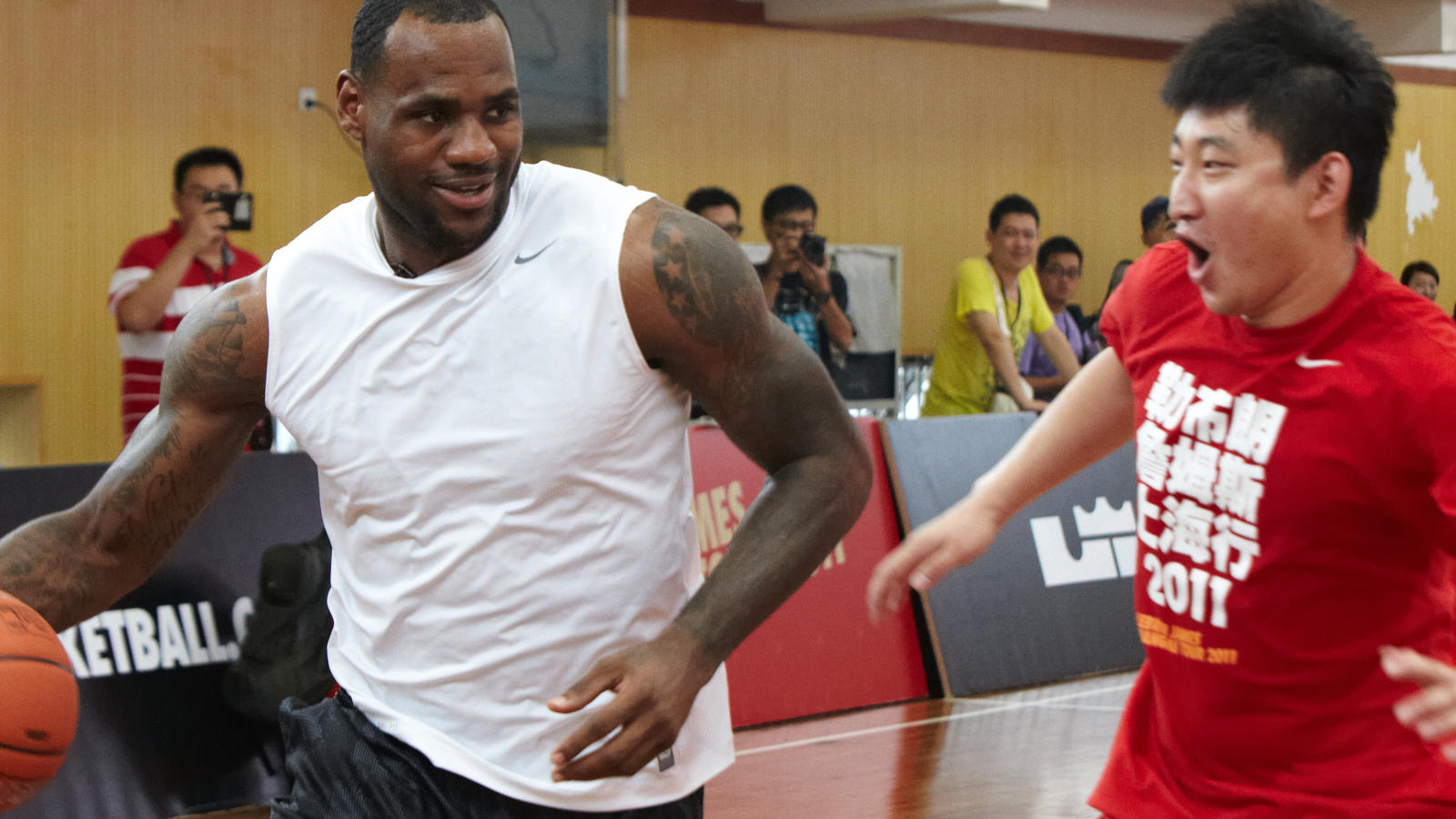 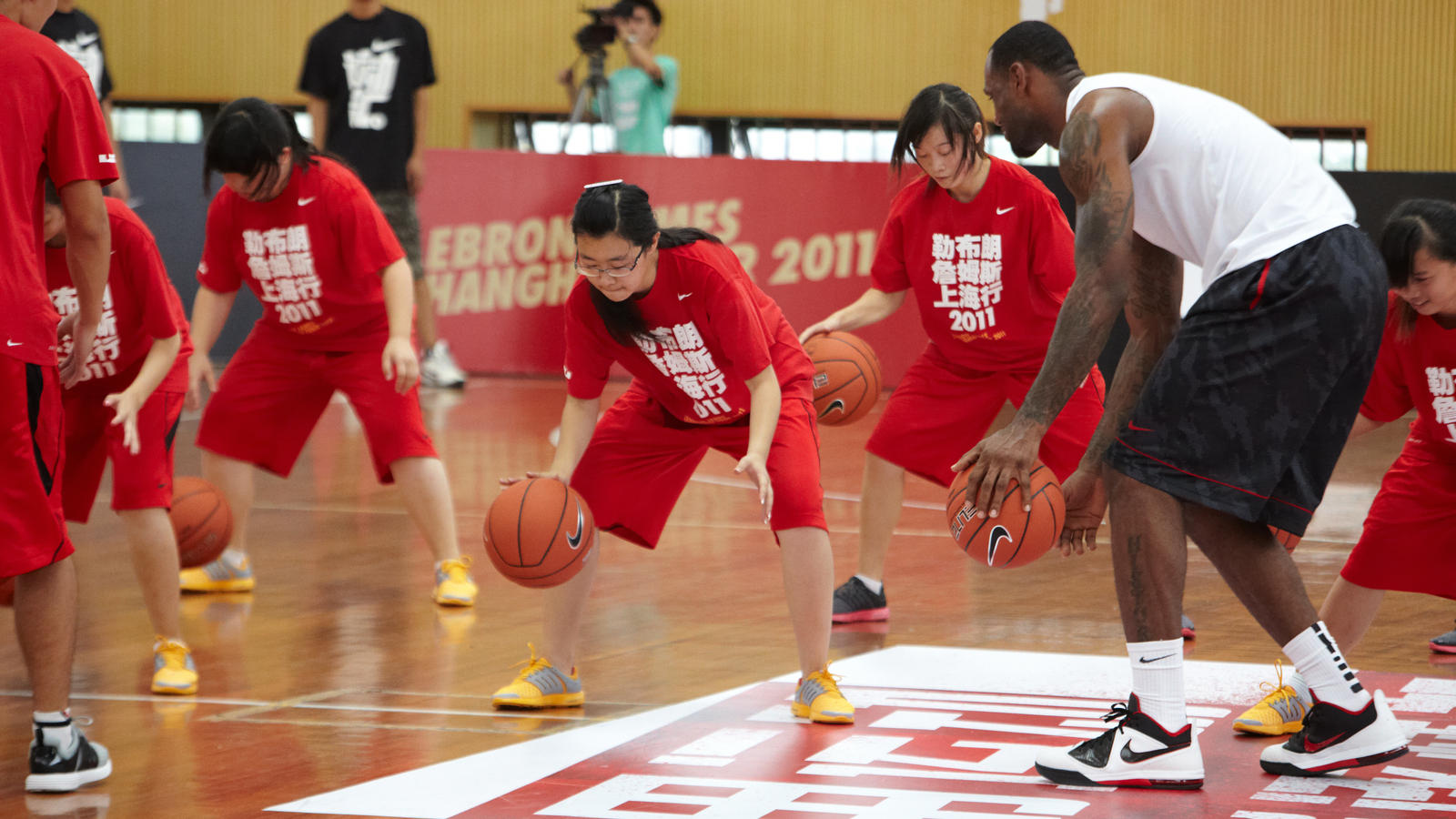 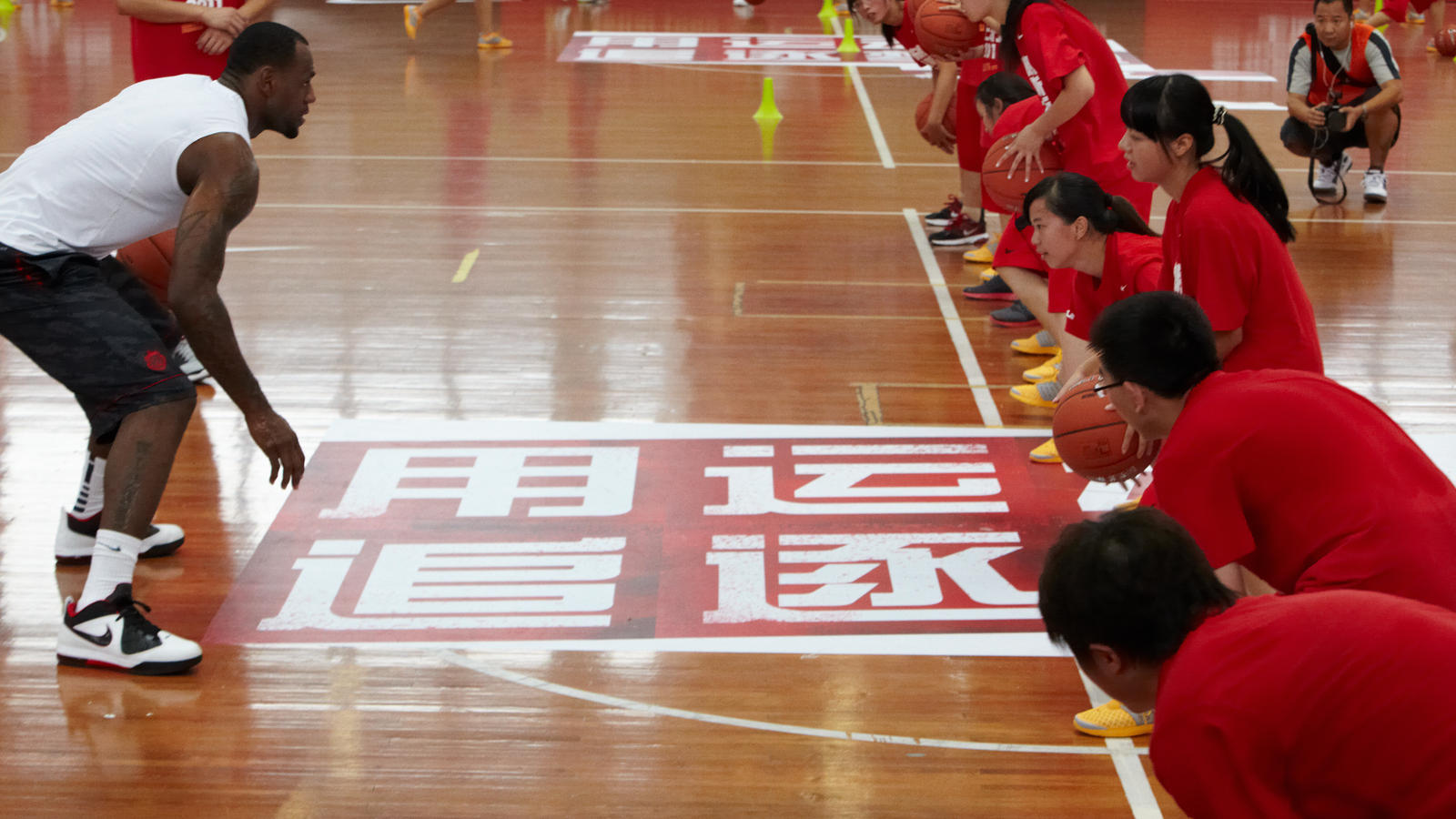 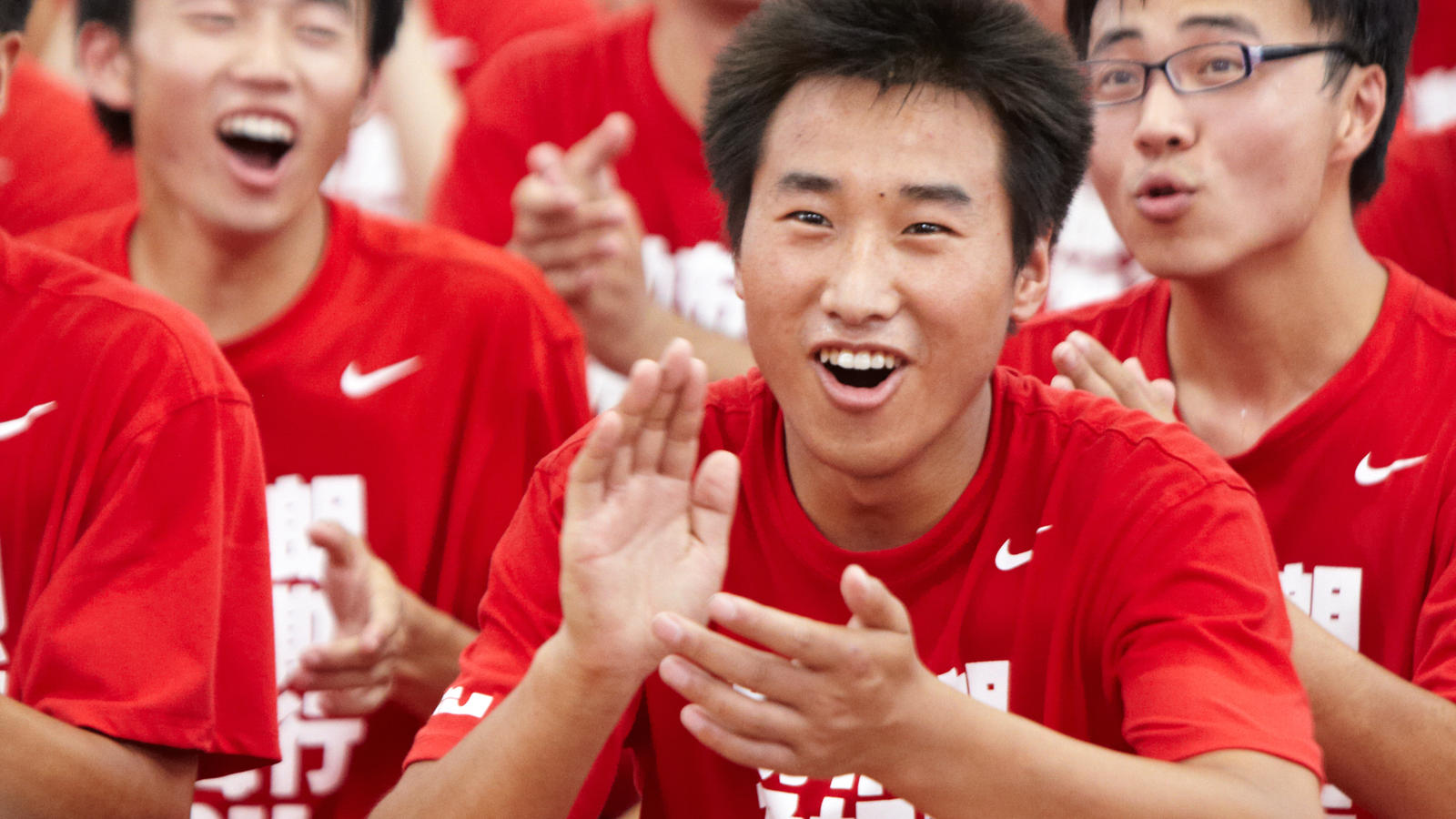 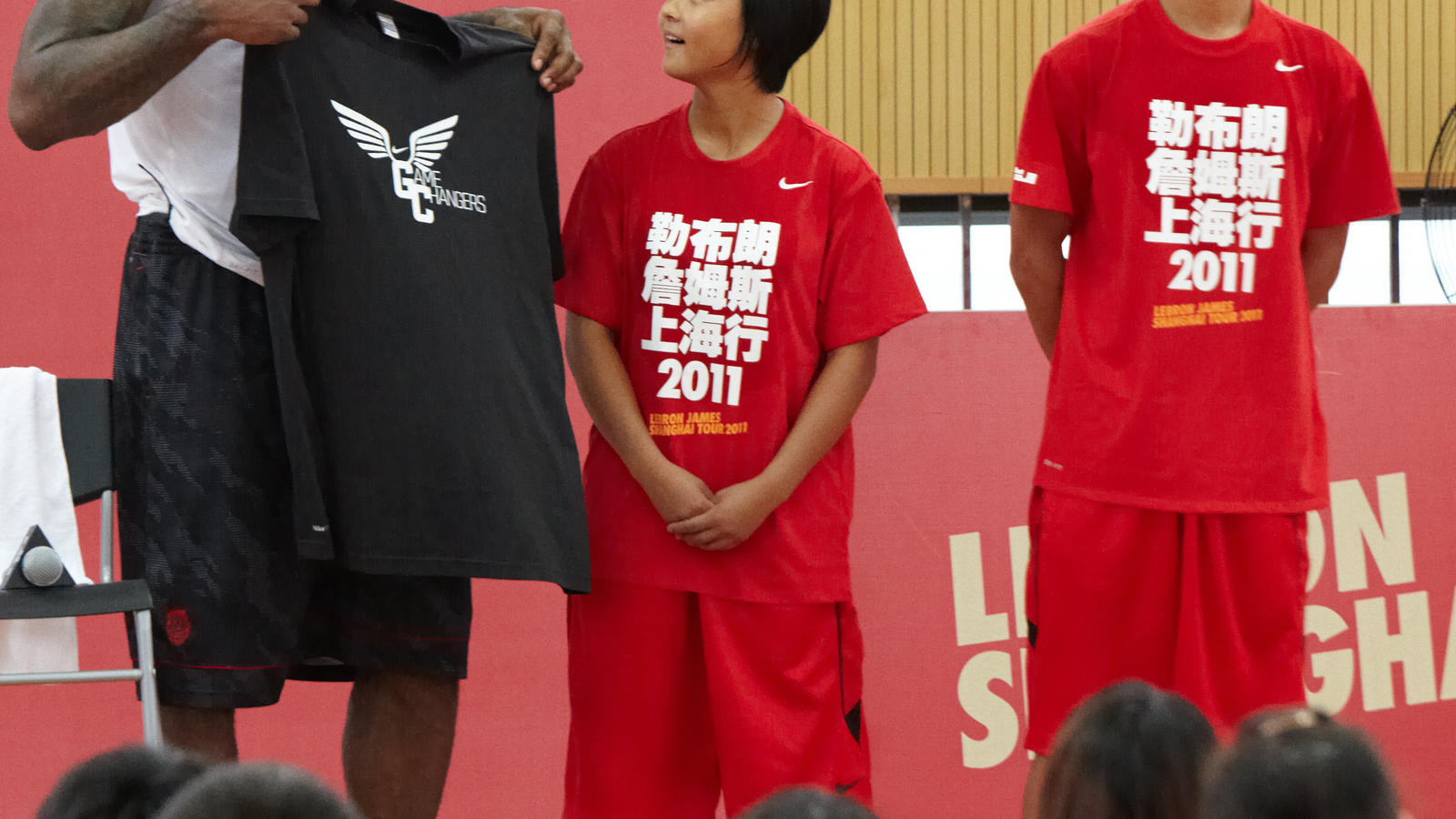 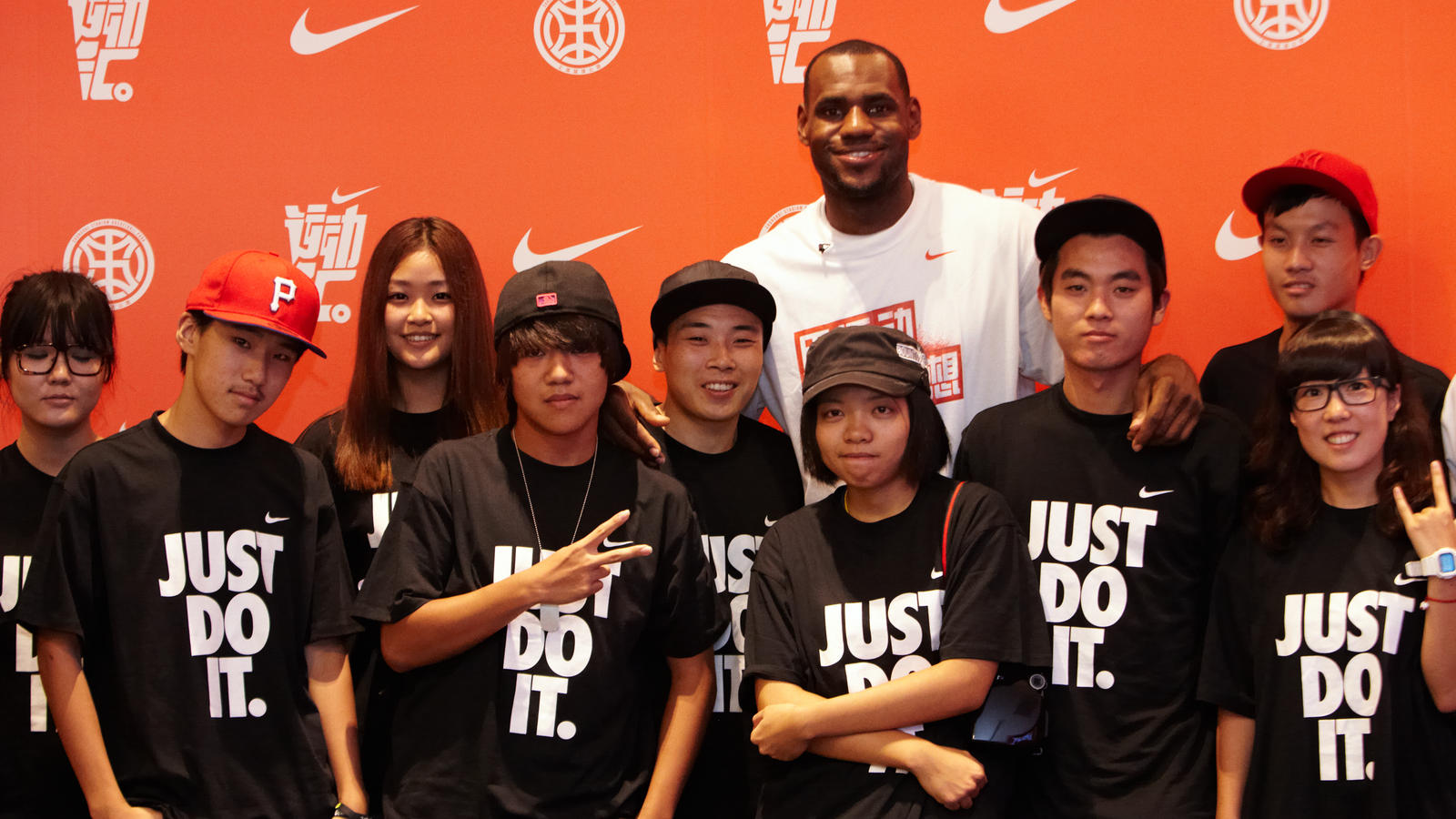 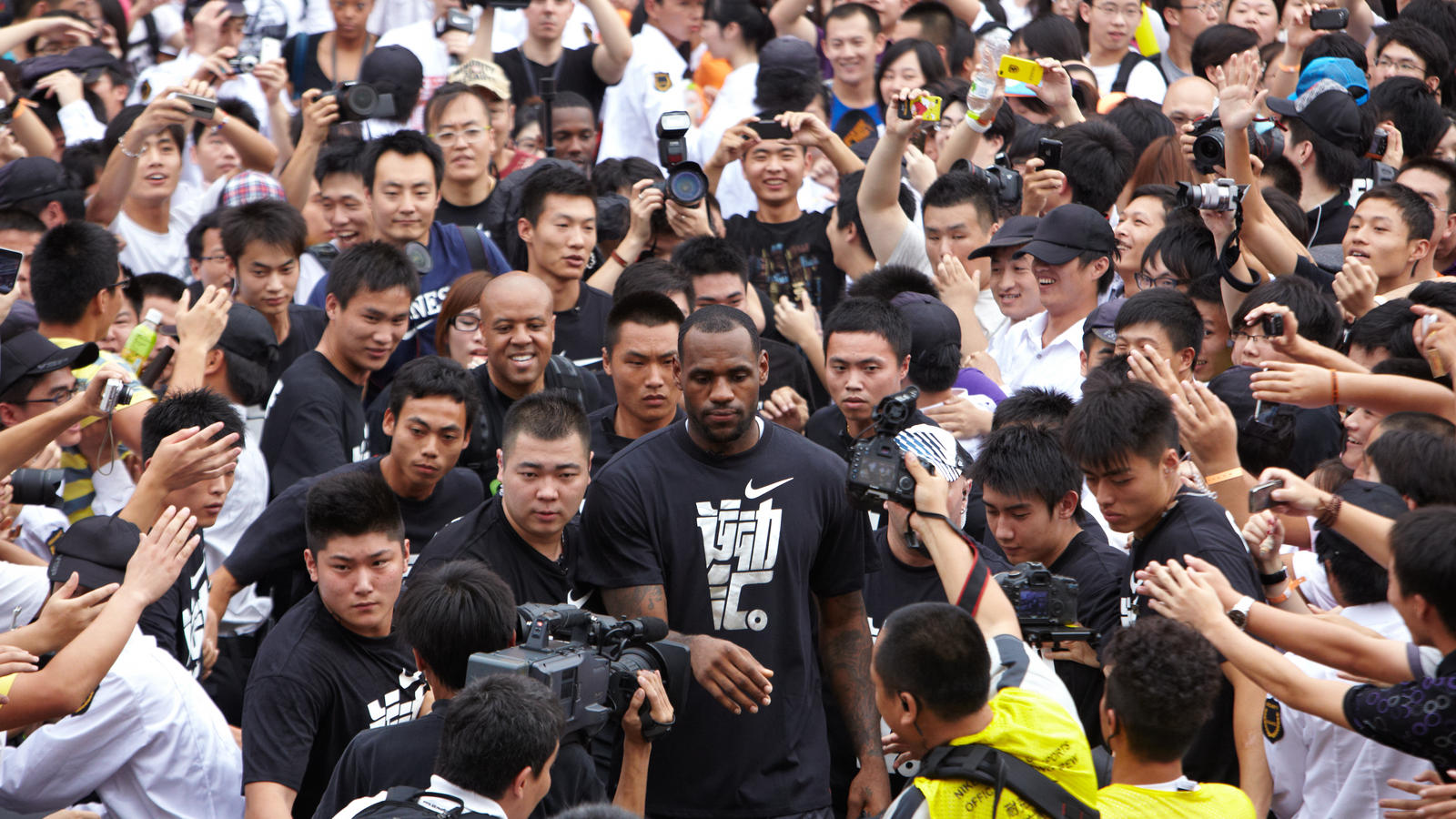 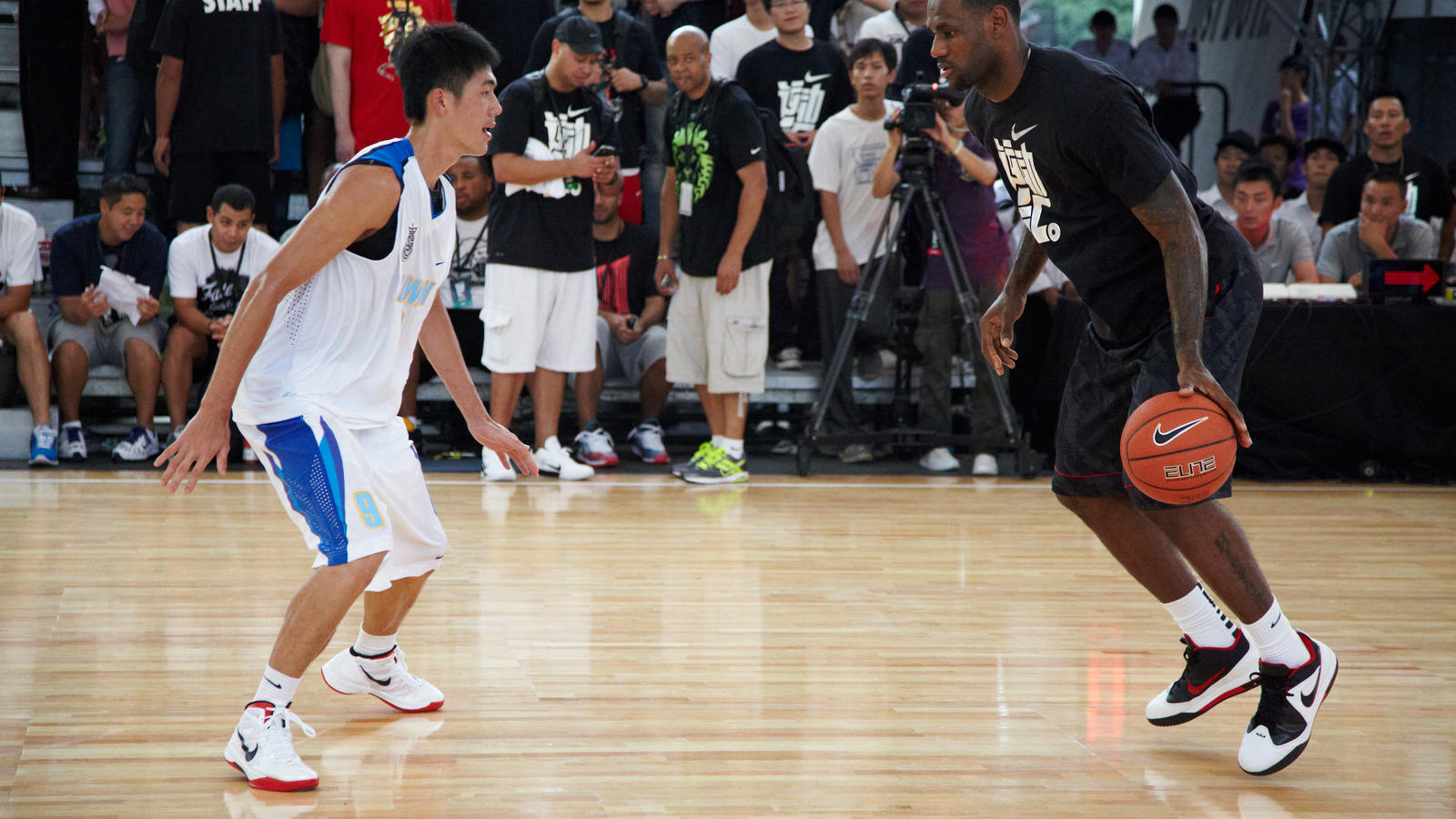 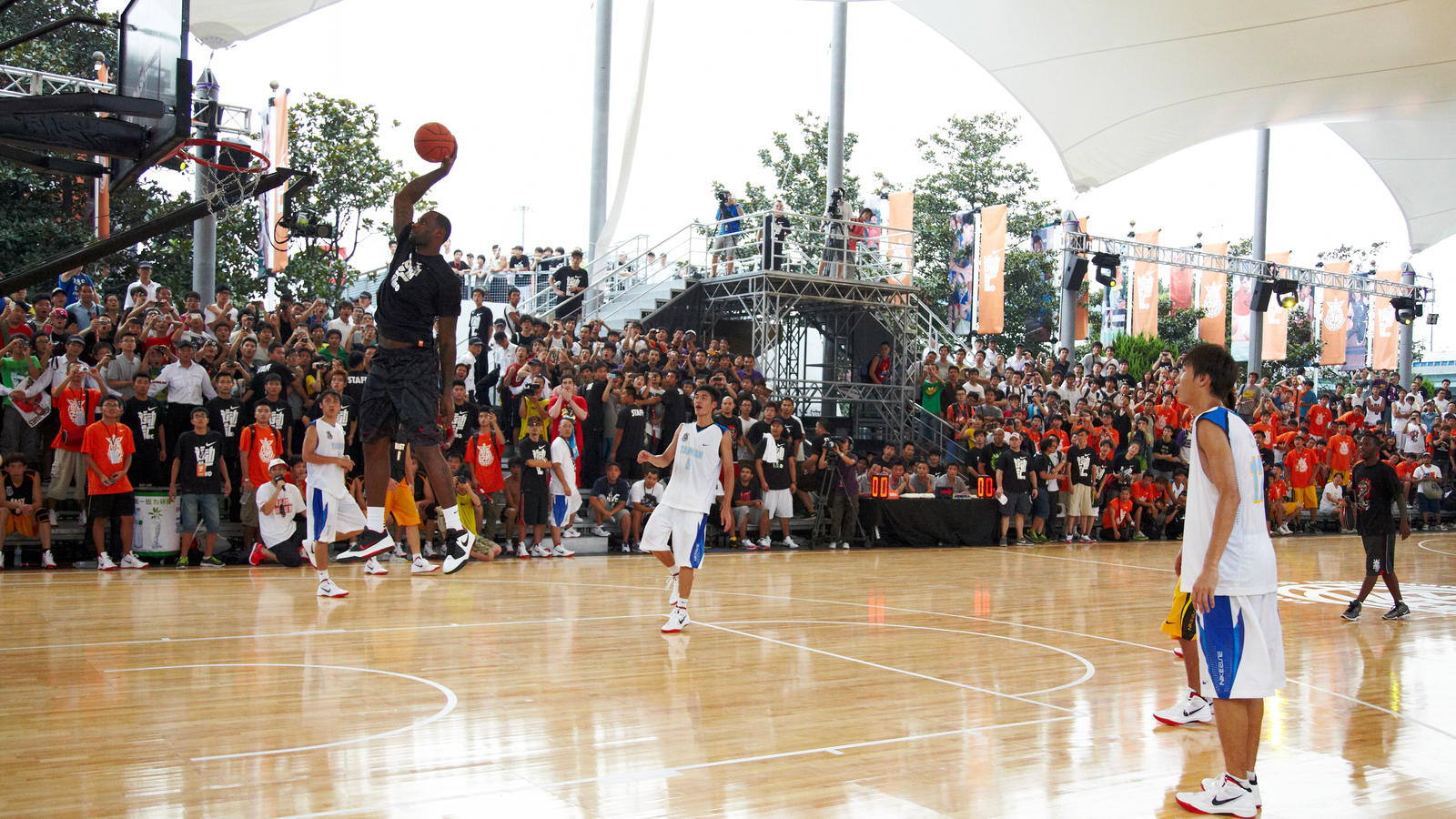 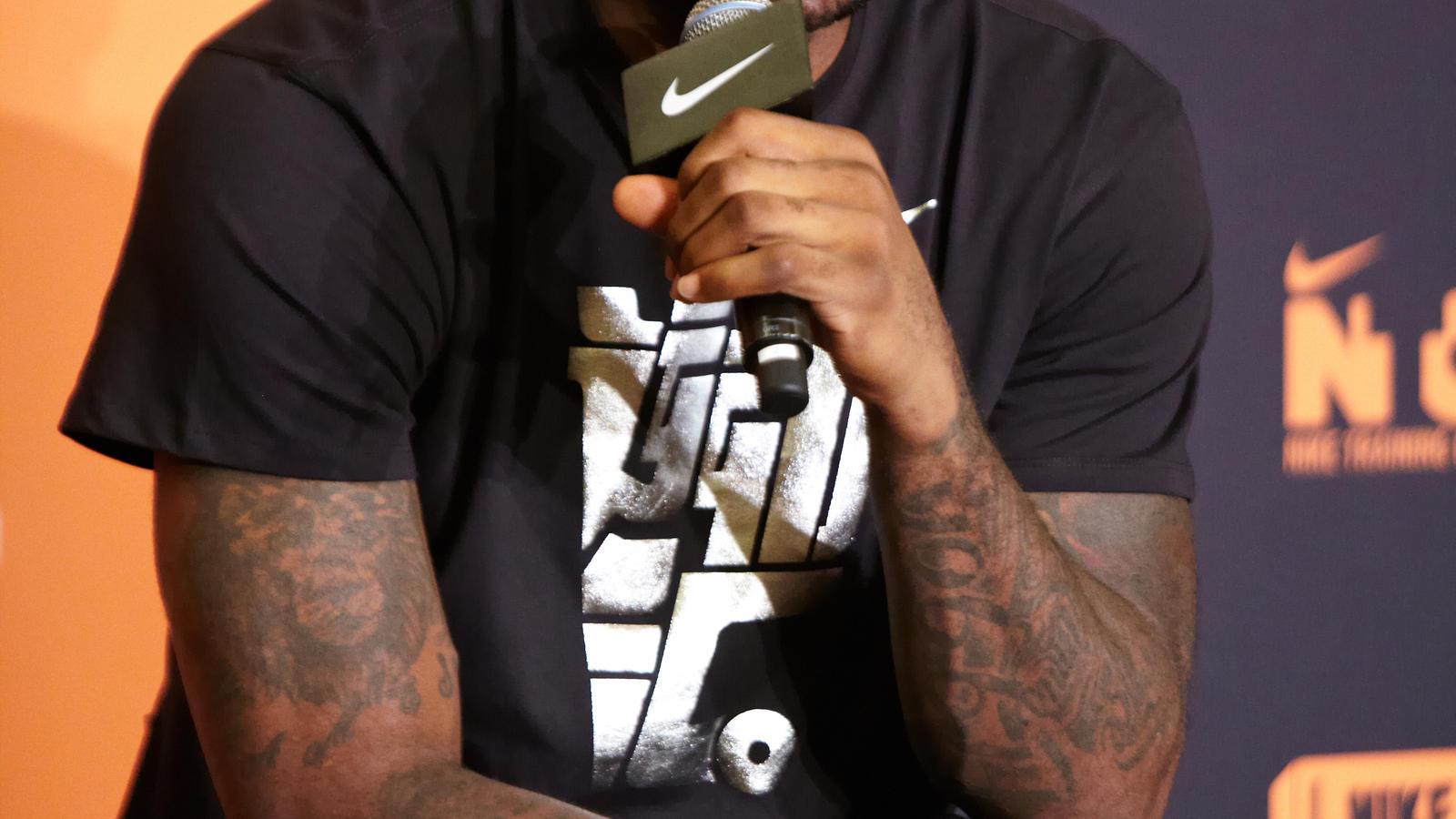 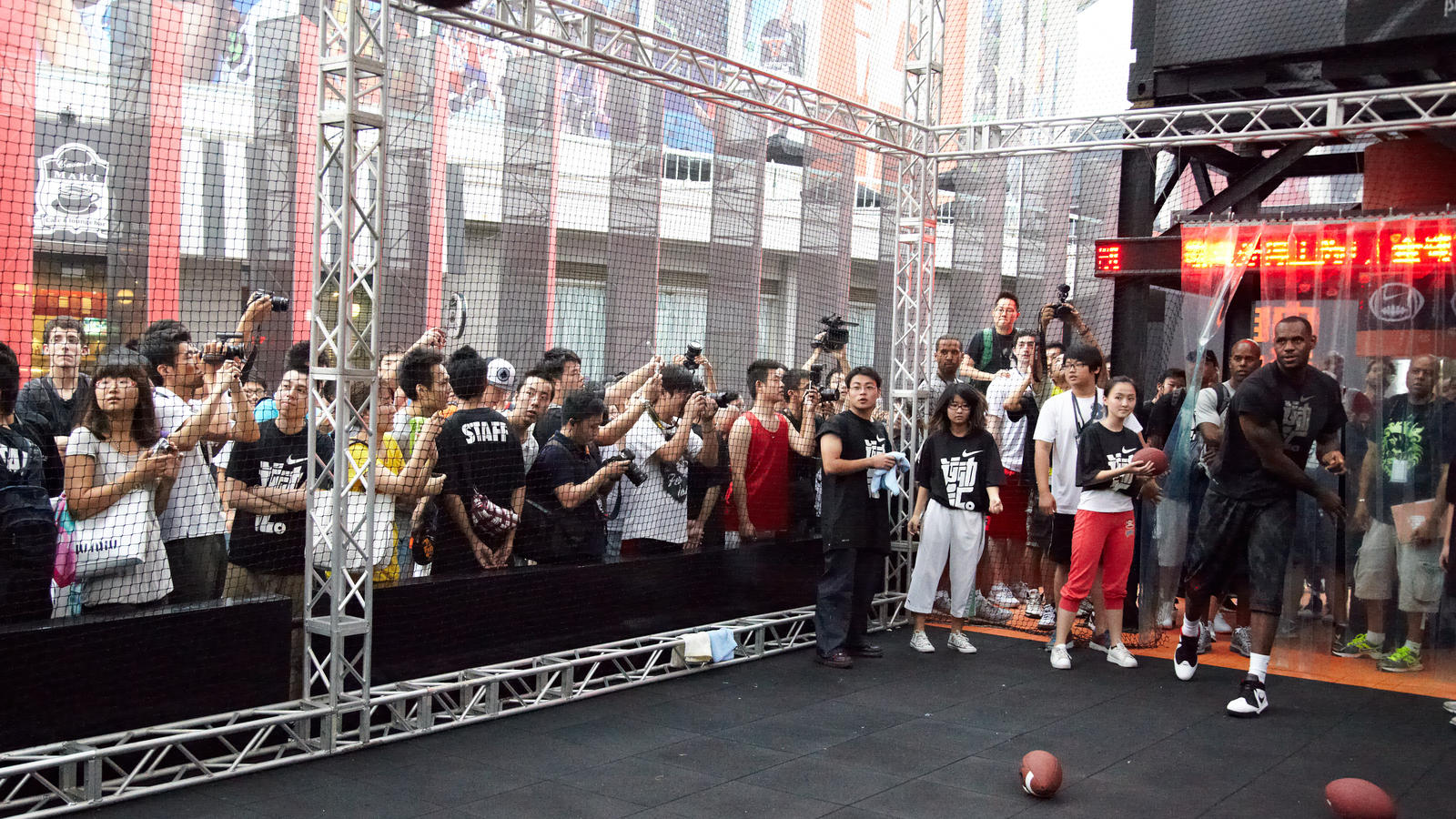 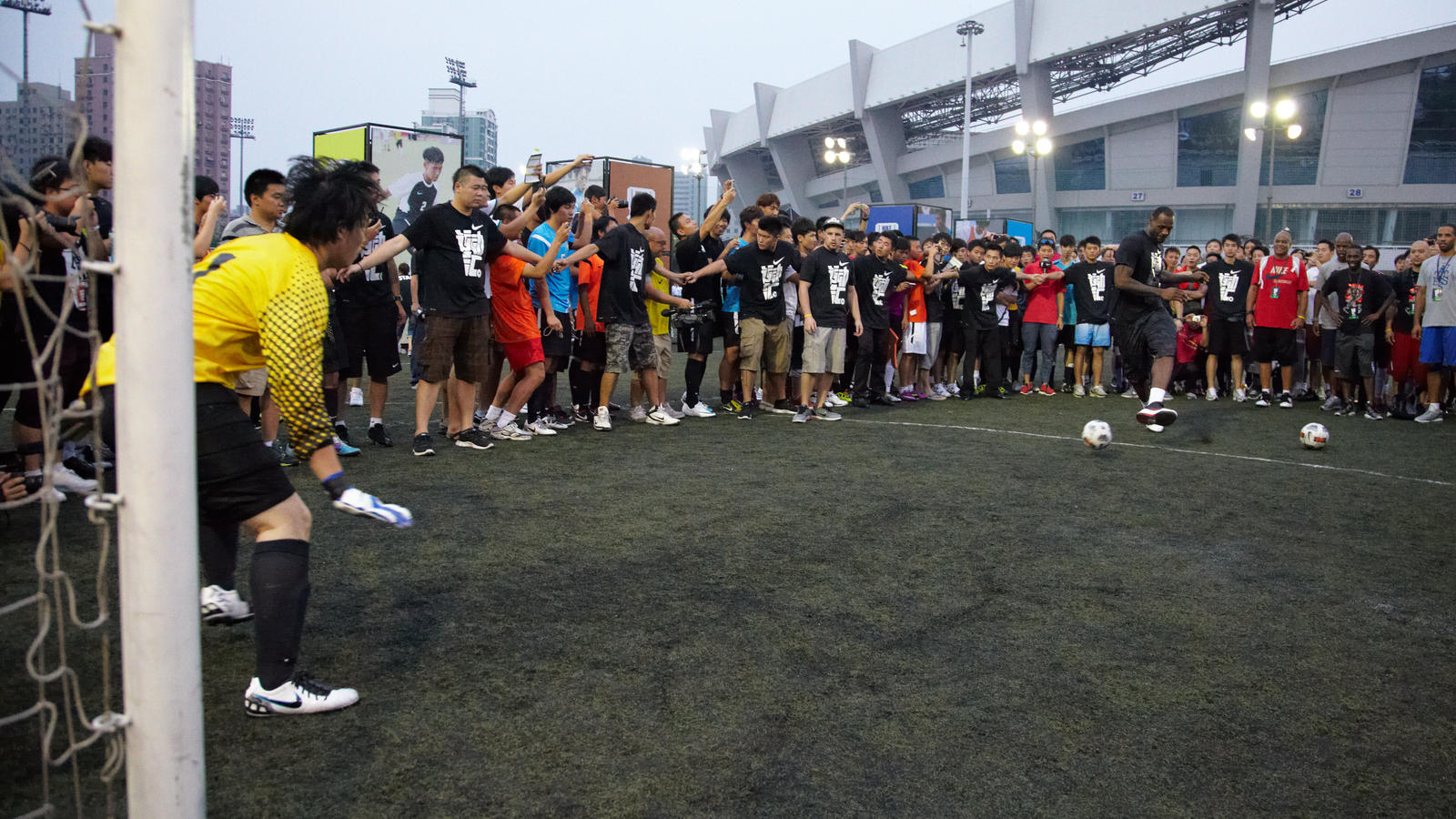 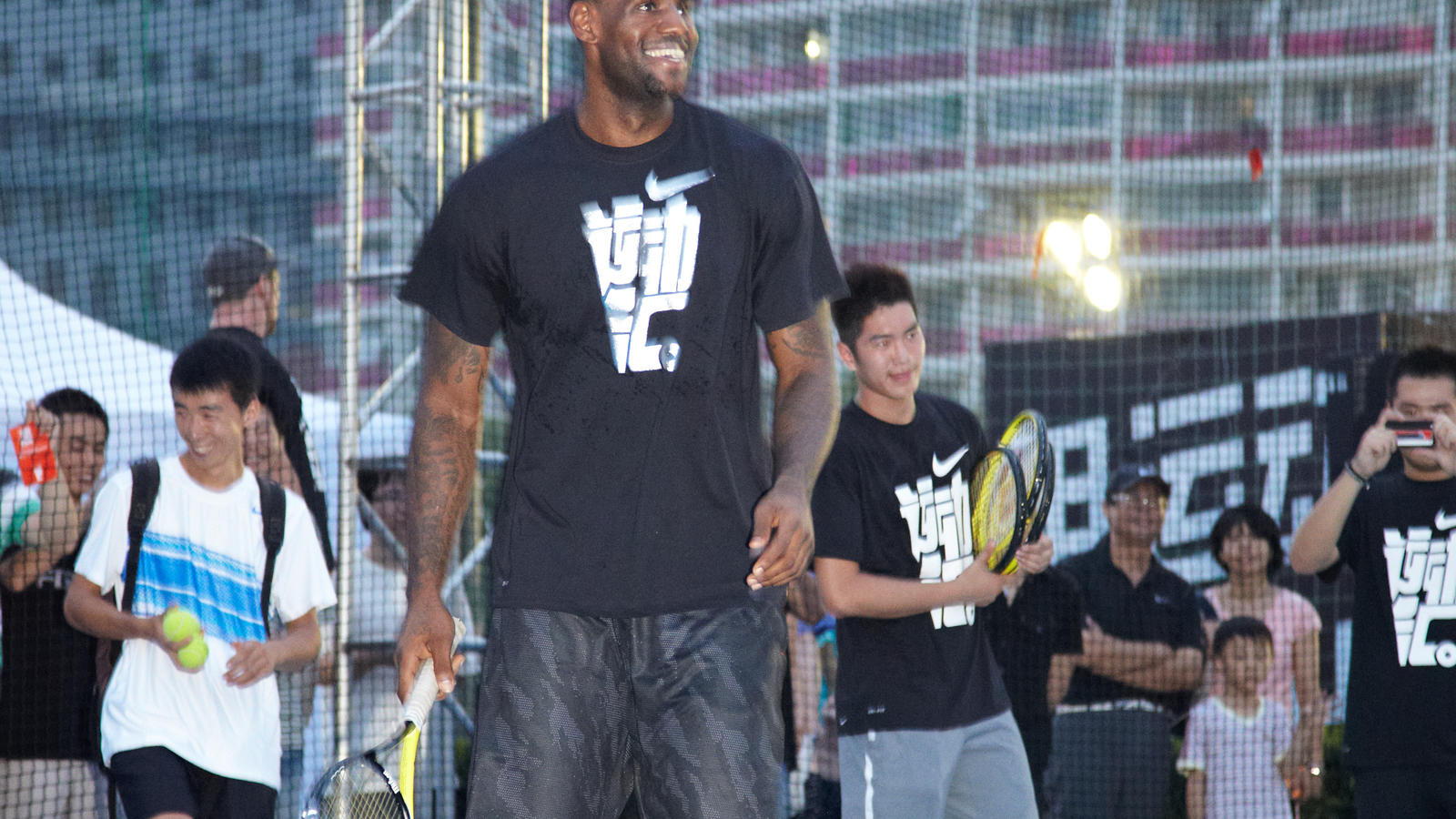 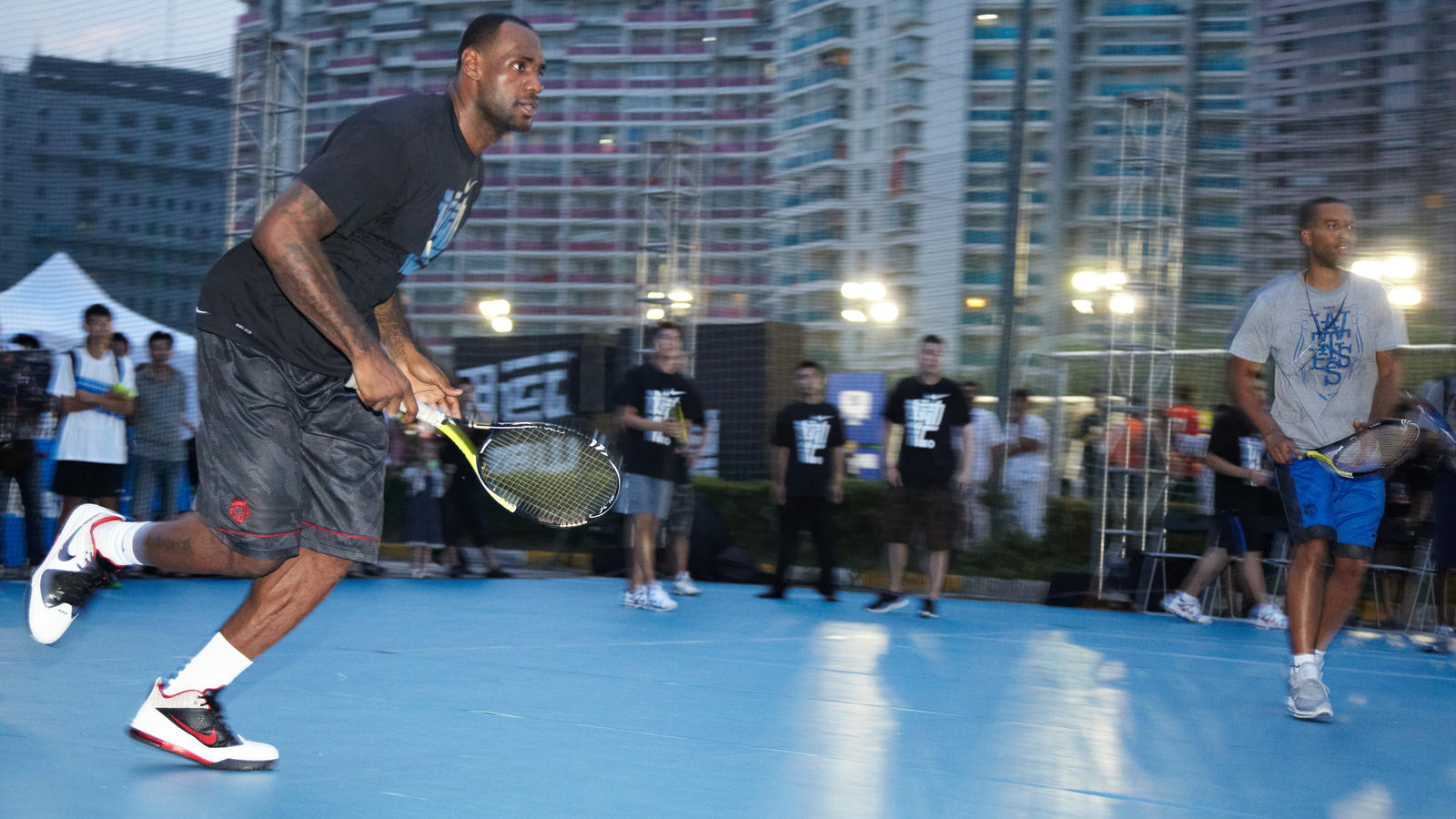 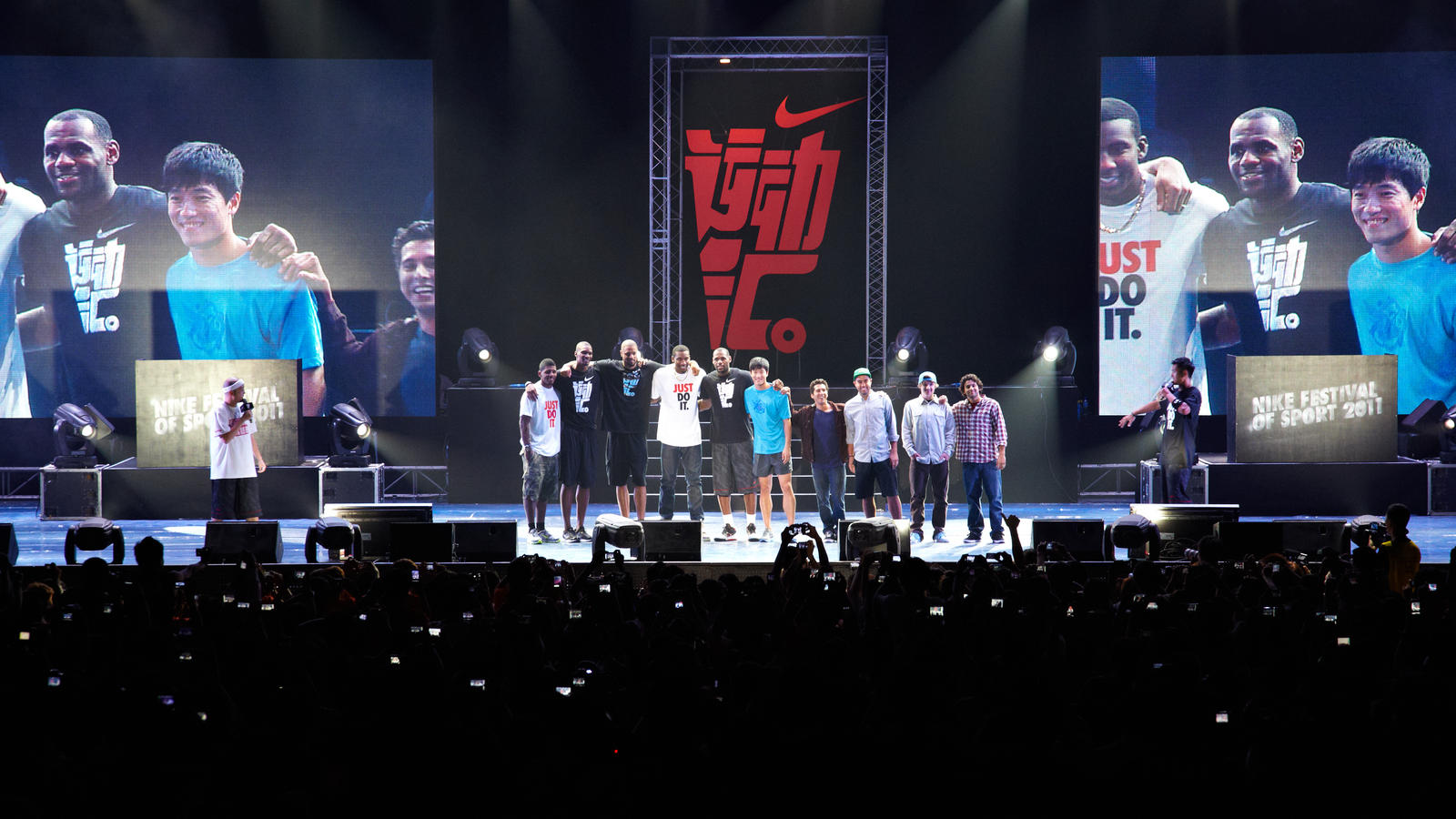 The 2011 LeBron James Greater China Tour ended its successful journey with a coaching clinic and the much-anticipated opening day of the first annual Nike Festival of Sport in Shanghai.

The Game Changers basketball coaching clinic, held this morning at Shanghai Sports University, is an ongoing program aimed at teaching college students the importance coaching has in children’s lives. LeBron James practiced alongside the future coaches before delivering a speech on how adult coaches are able to positively influence the development of young minds through athletics.

After snapping photos with the 100 participants, James went to a Nike Store located near People’s Square to talk about the Nike Festival of Sport with national Chinese media and to greet fans. Asked to give a review of the tour overall, James responded emphatically.

Next up was the Nike Festival of Sport at Shanghai Stadium, which opened up to the public mid-afternoon. James was introduced to uproarious cheers before tossing up the ceremonial tip-off for the 2011 Nike Tournament of Champions, played between the winners of the China East and Taiwan regionals.

The two-time MVP stood on the sidelines for the first three quarters as coach, but James eventually obliged the crowd and took the floor in the fourth quarter as a player. Playing for Shanghai, James thrilled the standing-room-only crowd with no look passes and several thunderous dunks. Fans after the game were elated to see a player of James’ quality visit – and play basketball – in China.

“There aren’t a lot of opportunities to see a superstar like this in China,” said a local college student. “Being able to come here and see LeBron James live is an amazing feeling.”

When asked about the one thing that has made the deepest impression on him, James did not hesitate with an answer.

“It’s the passion for sports that the people in China have,” said James.

That passion was on full display at the Festival of Sport. Aimed at promoting and increasing general participation in sports, the four-day event gives people the chance to play and see a wide variety of sports and the world-class athletes who play them. In addition to James, Tyson Chandler, Chris Bosh, Amar’e Stoudemire and Kyrie Irving were at the event to promote basketball. Several other athletes from across the sports spectrum were also on hand, includingthree-time X-Games gold medalist Paul Rodriguez. Besides being excited about coming to Shanghai, P-Rod was also looking forward to an encounter with James.

The two ended up face-to-face at the Festival’s indoor skate park, which James visited after his time on the basketball courts. Later he visited a football booth to throw some footballs, took penalty kicks against a goalie, played a few games of tennis, lined up a few puts and even lead a women’s aerobic class for a minute, all in an good-natured effort to promote sports in China.

With the tremendous support in every city – Taipei, Chengdu, Xi’an and Shanghai – James, as always, was gracious when reflecting on the last eight days.

“Every stop has left me with a deep feeling. It’s all special to me. At the end of the day, they all share the same bond. Just to see the passion the kids all have for the game of basketball and for each other… I’m always happy to come back.”