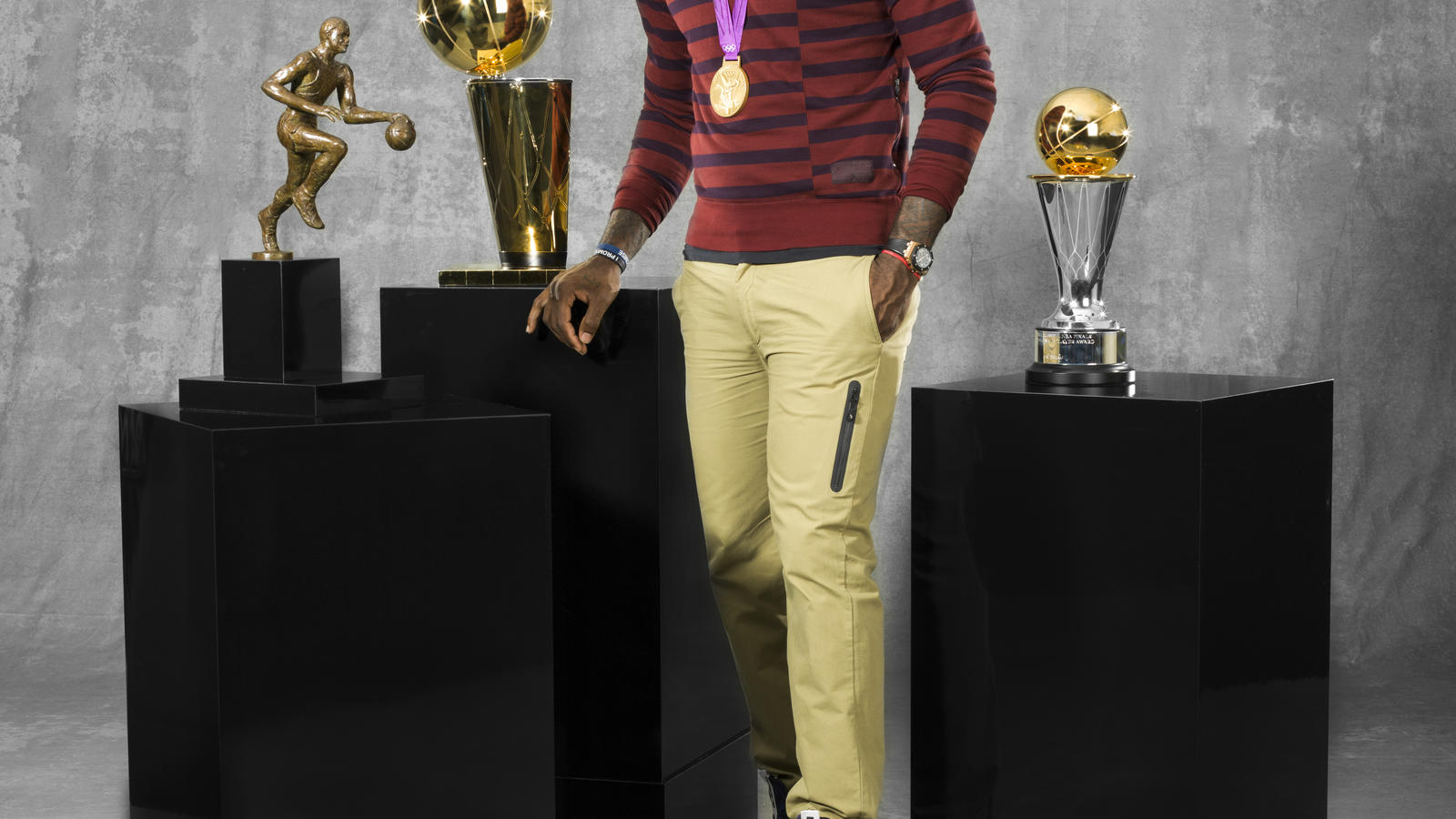 LeBron James has had a 2012 for the history books, earning an awards haul worthy of his moniker as "King."  As the new season is set to tip, we commemorate these accomplishments with a portrait of LeBron surrounded by The Larry O'Brien Trophy (NBA Championship), the Maurice Podoloff Trophy (Regular Season NBA MVP) and the Bill Russell NBA Finals MVP Trophy, while sporting the Olympic Gold Medal that capped off this banner year.