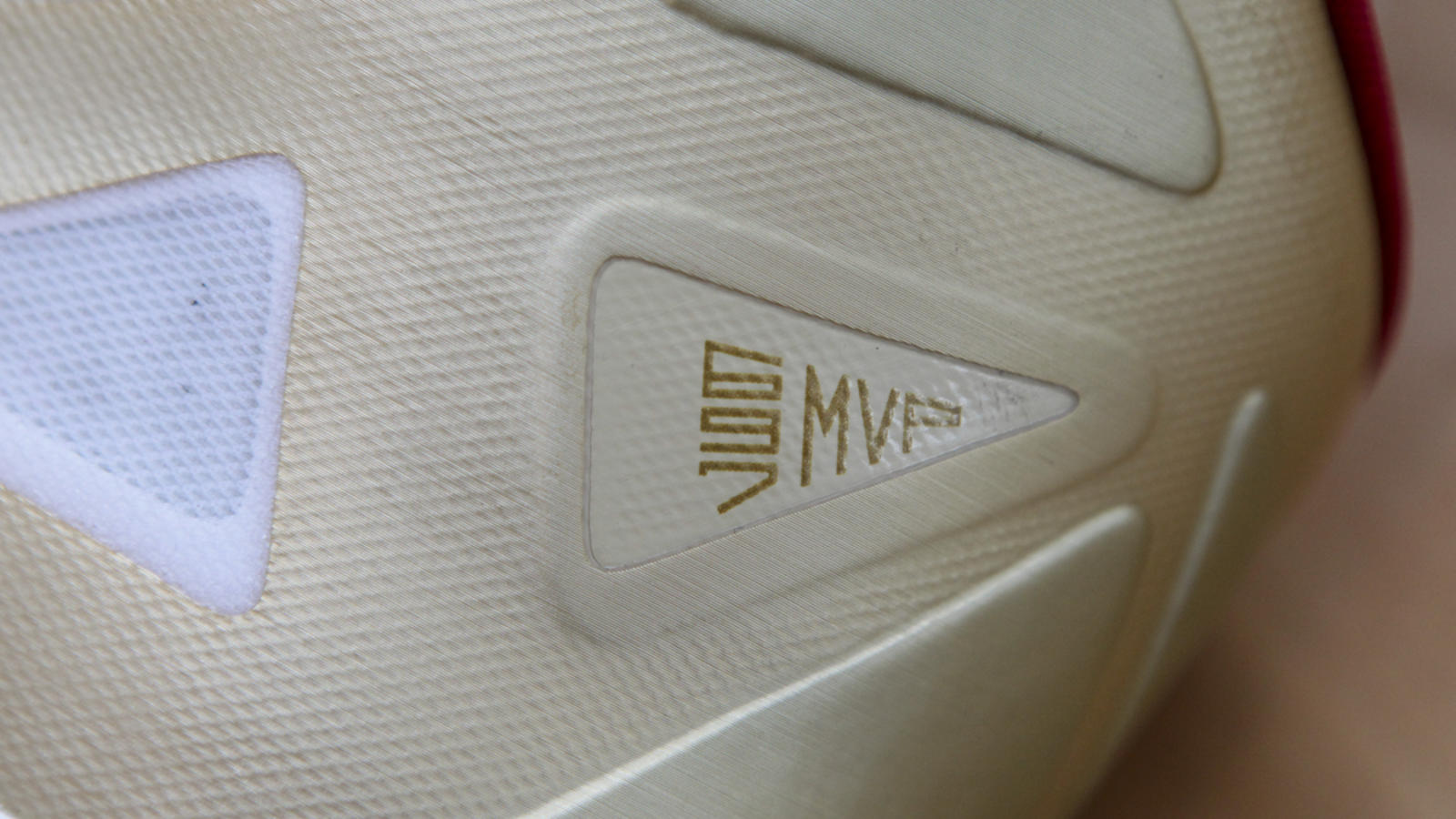 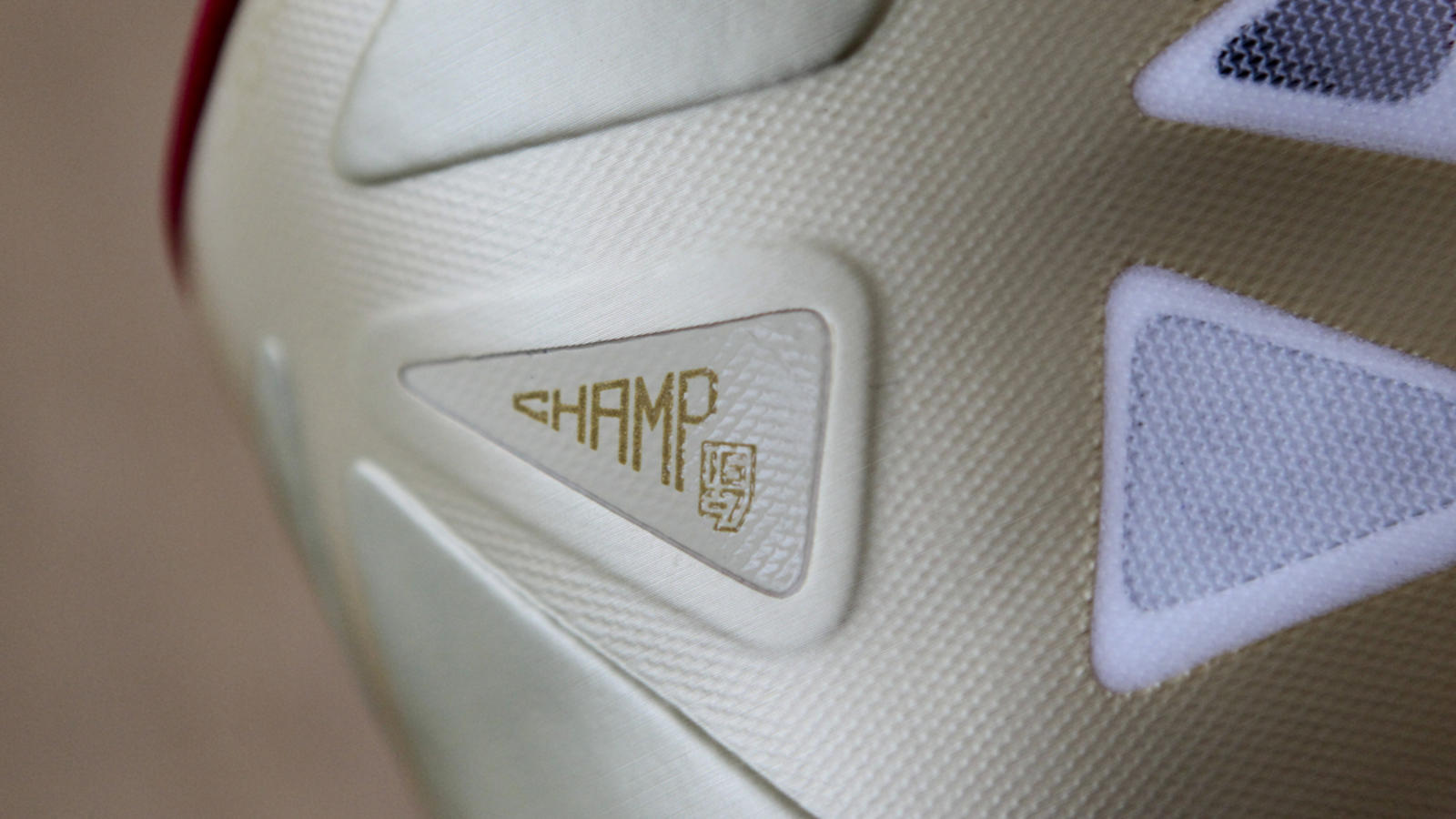 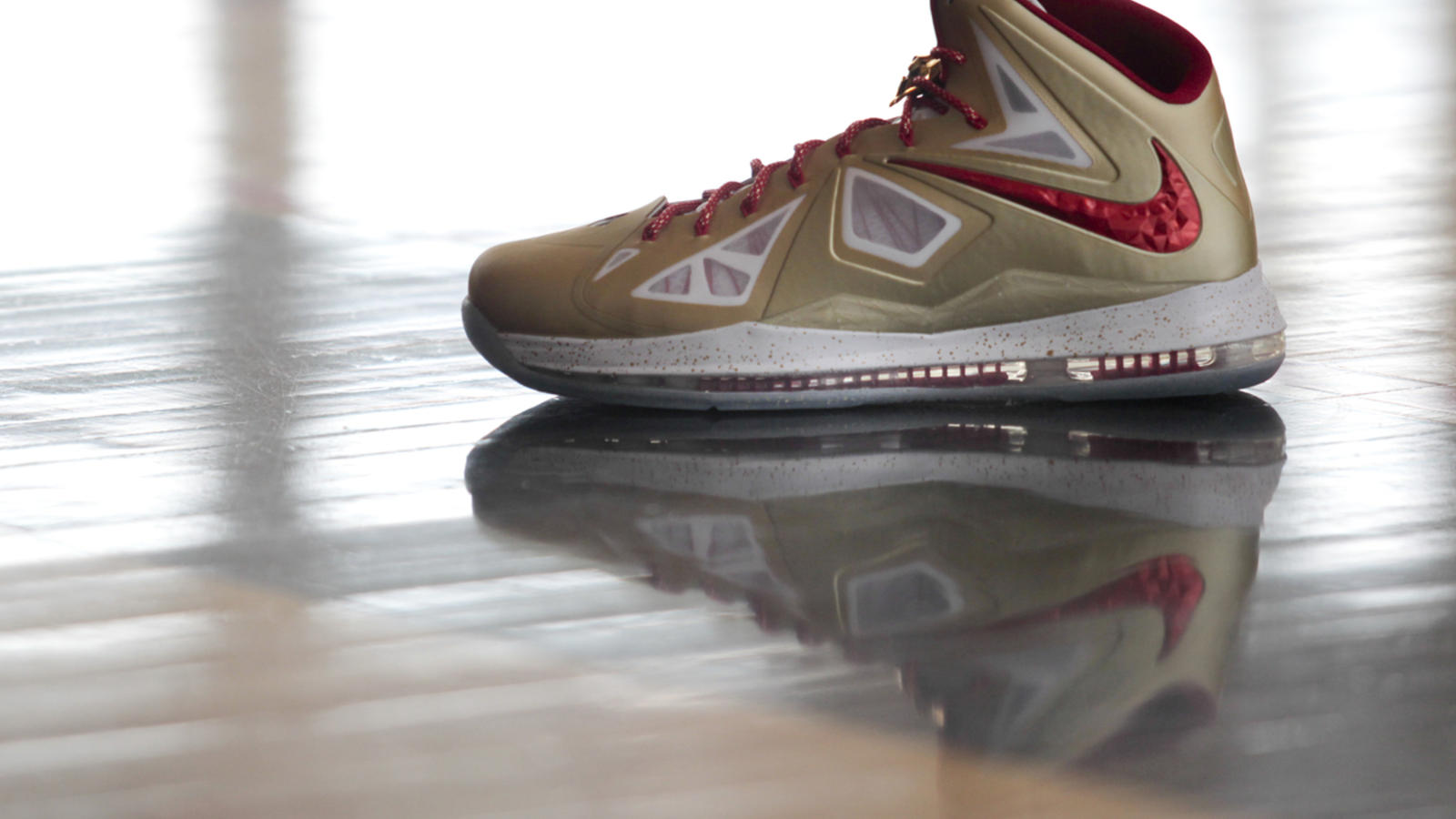 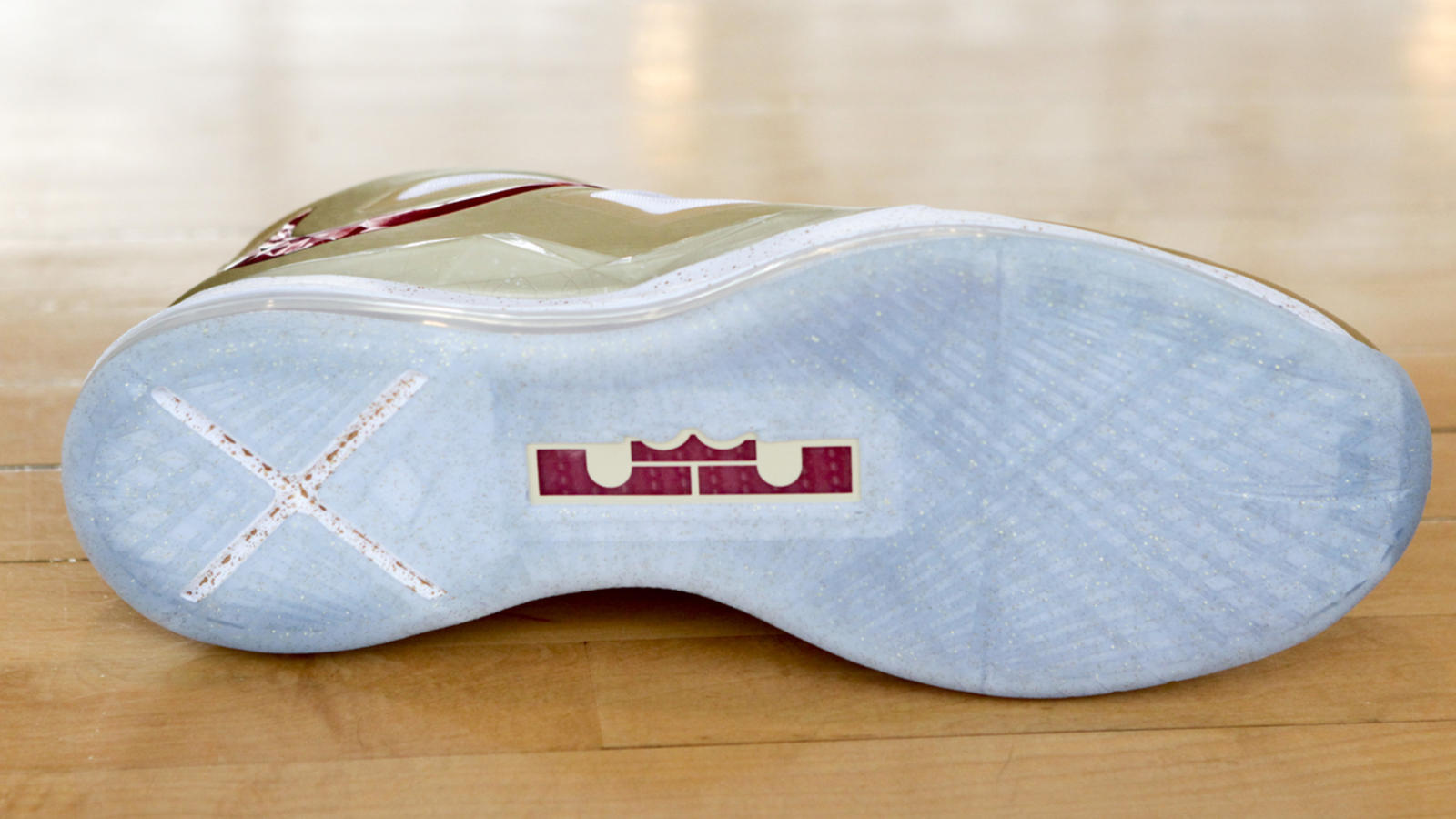 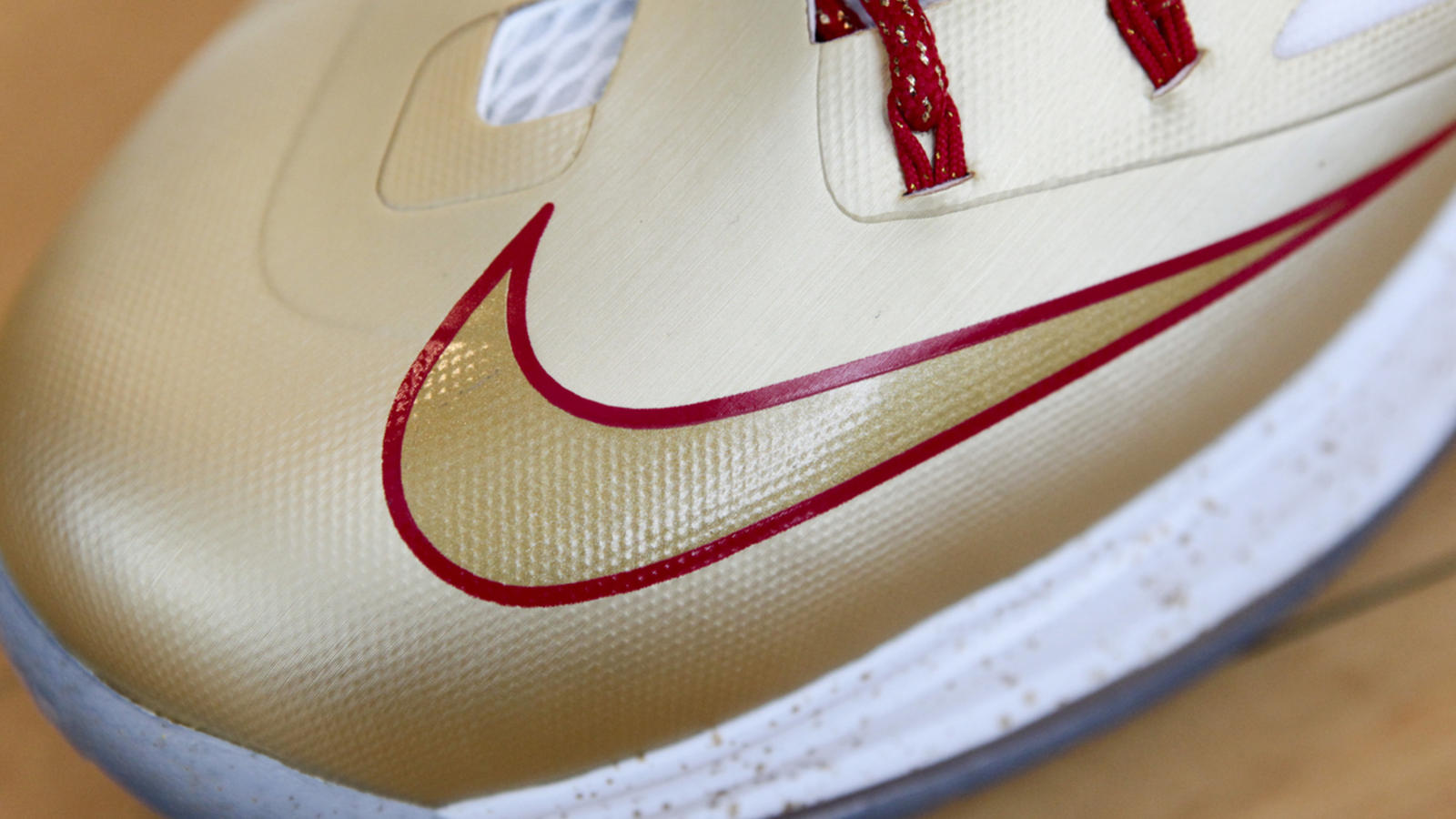 LeBron James will open the season in a special gold-themed LEBRON X paying tribute to the team’s 2011-2012 Championship. James' tenth Nike signature shoe combines dynamic containment, protection and responsiveness tailored to one of the world’s most explosive players.

Continuing the LEBRON X’s deeper storytelling with colors, this version features gold for the ring and white/red for the home uniforms they wore on June 21 when capturing the championship.

The shoe also features graphics representing the championship. On the right shoe’s medial side is "MVP" plus the number of points he scored in the playoffs. The left shoe's medial panel has "CHAMP" and the team's playoff record. The font mimics traditional ring inscription.