You could call it the fashion equivalent of a buzzer beater. The last flourish placed on the LeBron James x John Elliott Icon Collection came, with deadlines looming, from James himself. 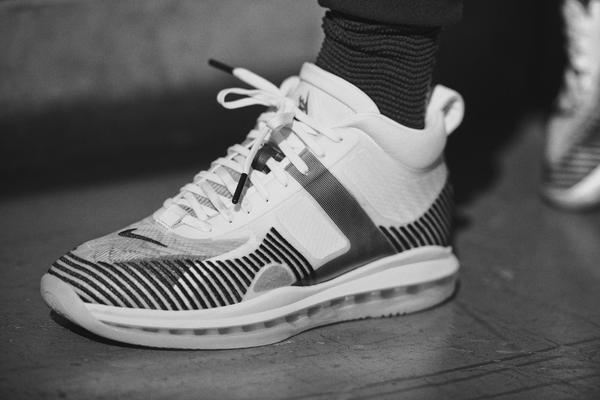 The LeBron James x John Elliott Icon QS allowed the duo to work on a silhouette from the ground up. Elliott describes the shoe as a "breakthrough,” adding that the collaboration was "a gift as a creative, and one you can only exercise through the Nike lens."

He saw a missing element. Specifically, James saw opportunity for an accessory to the shoe in the collection, the LeBron James x John Elliott Icon QS, that not only played up its transparent upper but expressed an essential philosophy for the collection as a whole. The addition was simple, but effective: a sock.

“The idea for the sock — that was LeBron's idea,” explains Elliott. “It's a great story to tell, because it really hammers home my whole ethos as a designer, which is all about creating a layered look.”

A fan of Elliott’s work since 2014, James has a studied understanding of Elliott’s aesthetic (Ed. Note: the John Elliott brand launched in 2012, so you could add early adopter to the King’s seemingly endless list of descriptors). It’s more than just an absorption through wearing too. James’ appreciation has blossomed into a full-blown curiosity about product design, and that’s solidified in this first-of-its-kind athlete x designer x Nike collection.

“There are three forces at work — the John Elliott brand connects to Nike and the LeBron brand connects to Nike. Nike gives both an opportunity to explore, to employ a huge range of solutions and to make sure that you're solving for problems. Although our brand is able to innovate in various textiles, with Nike we have a whole new set of options" says Elliott.

It really hammers home my whole ethos as a designer, which is all about creating a layered look.

The collection is predicated on LeBron’s need for versatility. As Elliott points out, “interesting people live outside their comfort zones,” and that’s where James constantly is as he aims to improve as an athlete or businessman. James needs a wardrobe that goes from work on Nike campus to home in L.A. to meetings in New York and back again.

In John Elliott’s designs, he found the beginnings of a solution. “I got a call kind of out of the blue from someone who was saying they were LeBron's stylist,” remembers Elliott of the first time he supplied James with garments. “At the time, the brand was still small. We were operating out of, like, literally a satellite room in a warehouse in Vernon, California, which is basically the armpit of L.A. We were just scrapping to get by.” 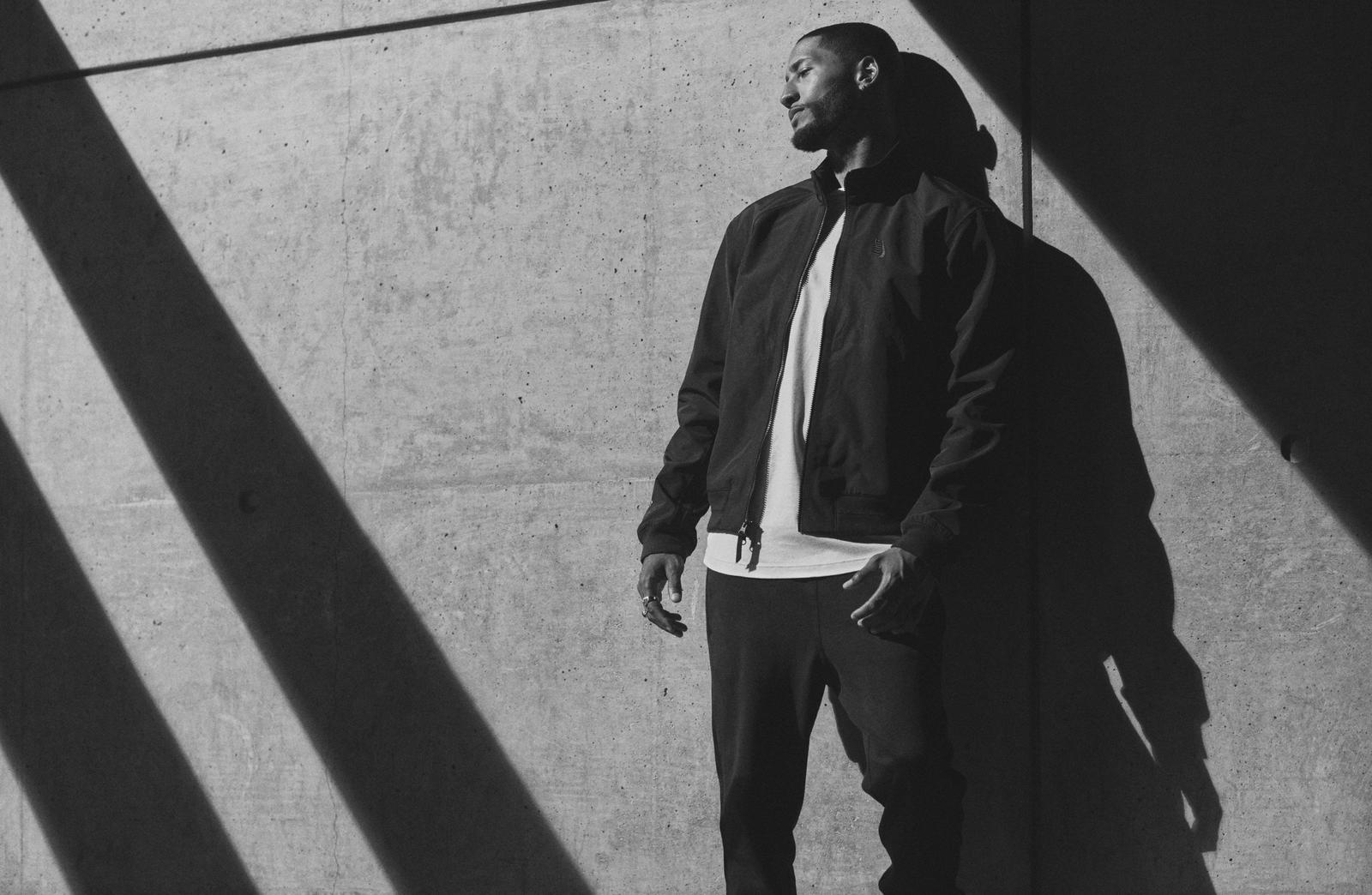 The collection is predicated on LeBron’s need for versatility, forming a wardbrobe of pieces that “can move and are transitional.”

Athlete and designer bonded over their taste and desire for what Elliott describes as silhouettes that “can move and are transitional.” These elevated basics hark back to the pieces Elliott took with him when he moved from San Francisco to New York — broken-in denim, blank T-shirts and vintage, tubular knit ’50s sweatshirts — and have become the foundation of his brand.

“My first opportunity to meet LeBron, at an afterparty in L.A. in 2014, I was overwhelmed by the scale of him as an athlete; I couldn’t believe we were making clothes for him,” says Elliott. “Now, we were able to use Nike expertise to take the elements of our brand that he was most attracted to, and think about them in a way that was built for him.”

As a trio (if you’ll allow Nike to be personified), James, Elliott and Nike have broken new ground and, in Elliott’s words, created a “silhouette that is very much John Elliott, but with details from Nike.” And, of course, with complete head-to-toe functionality — thanks to James’ final kiss off the glass.

“When LeBron came up with the sock, it really completed the collection,” says Elliott. “In the end, I really learned from him.” 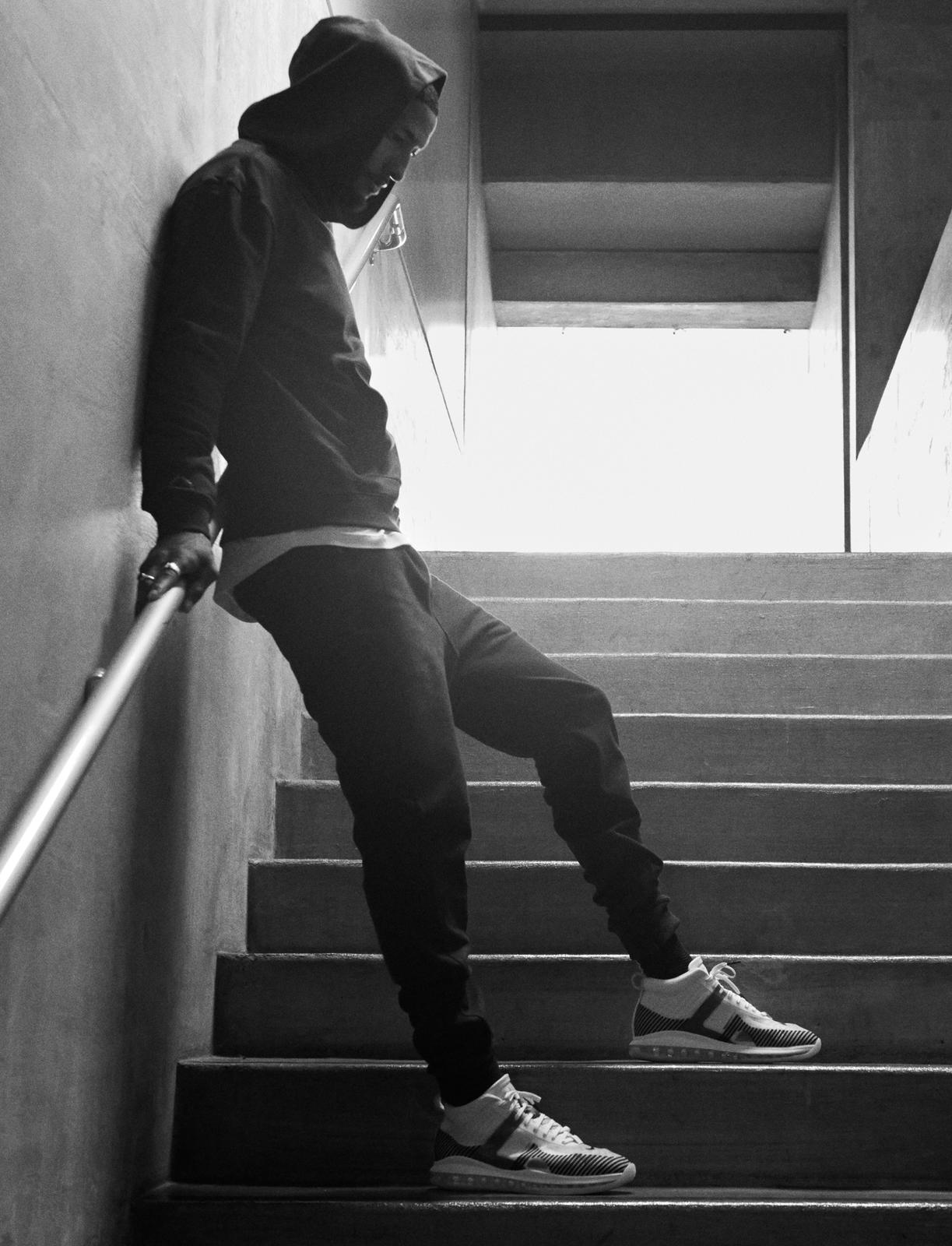 The LeBron James x John Elliott Nitrogen Pant features a subtle medial side zipper that opens up an interior gusset. "You can open up into basically a straight leg," notes Elliott.