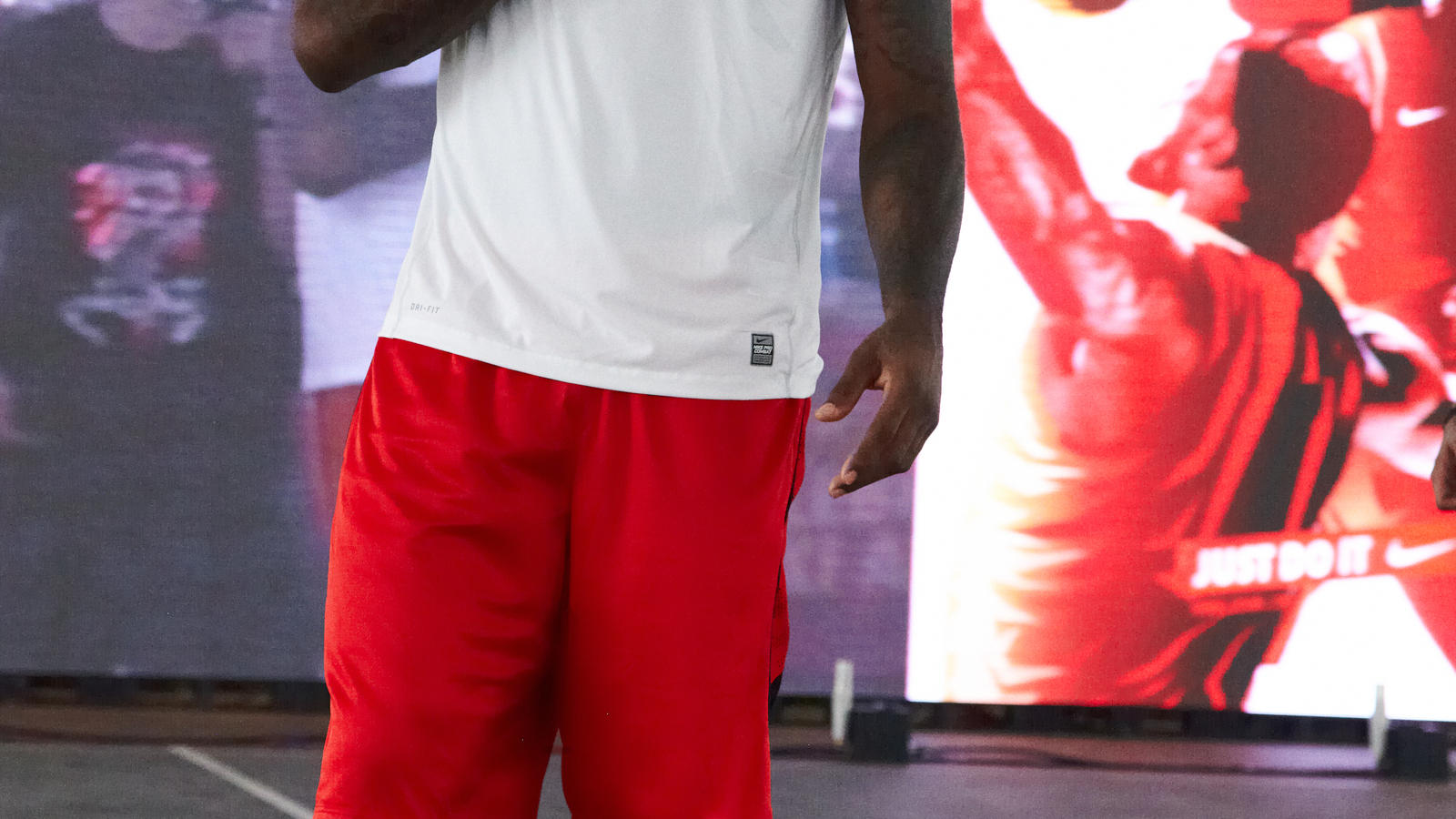 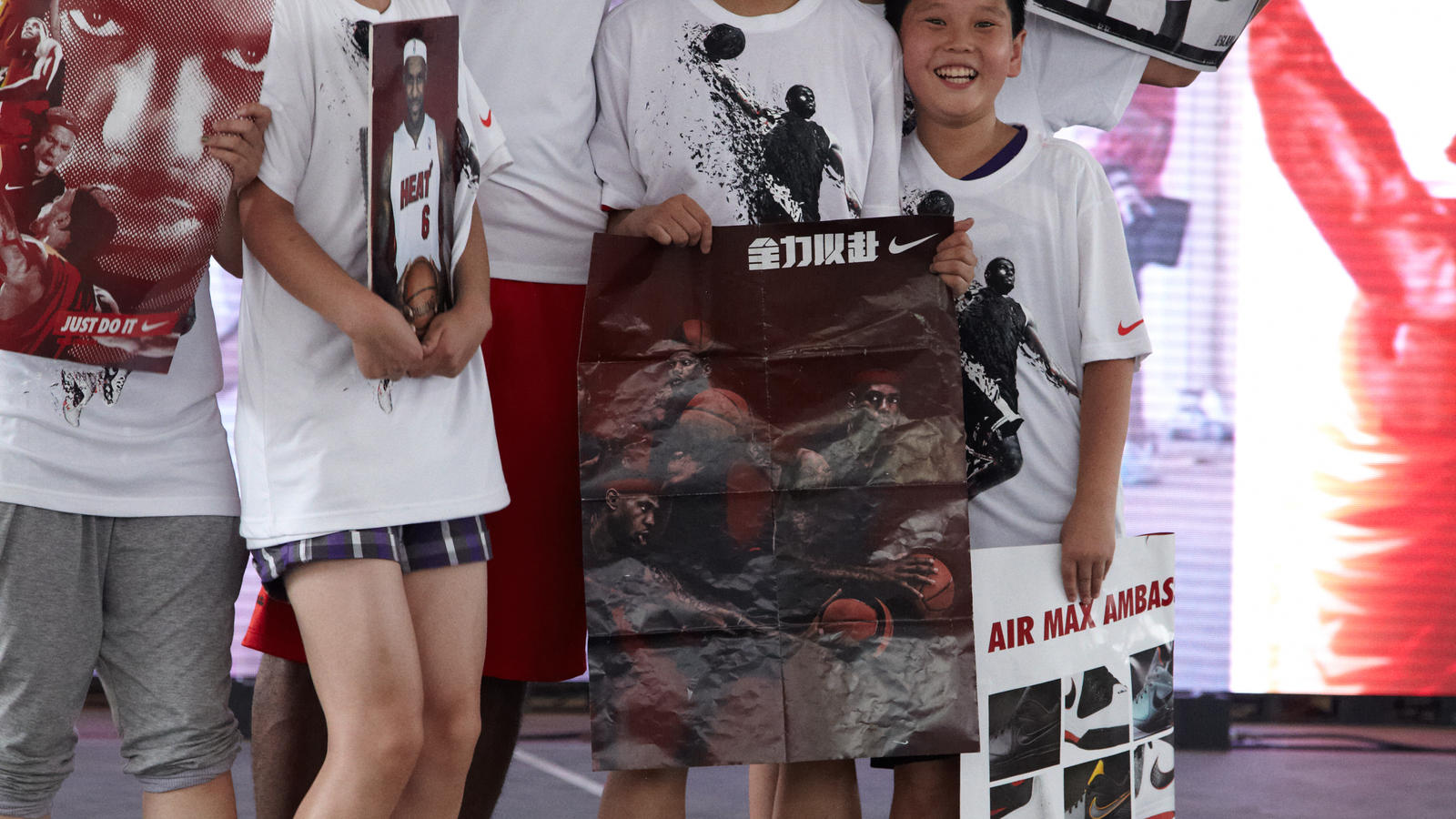 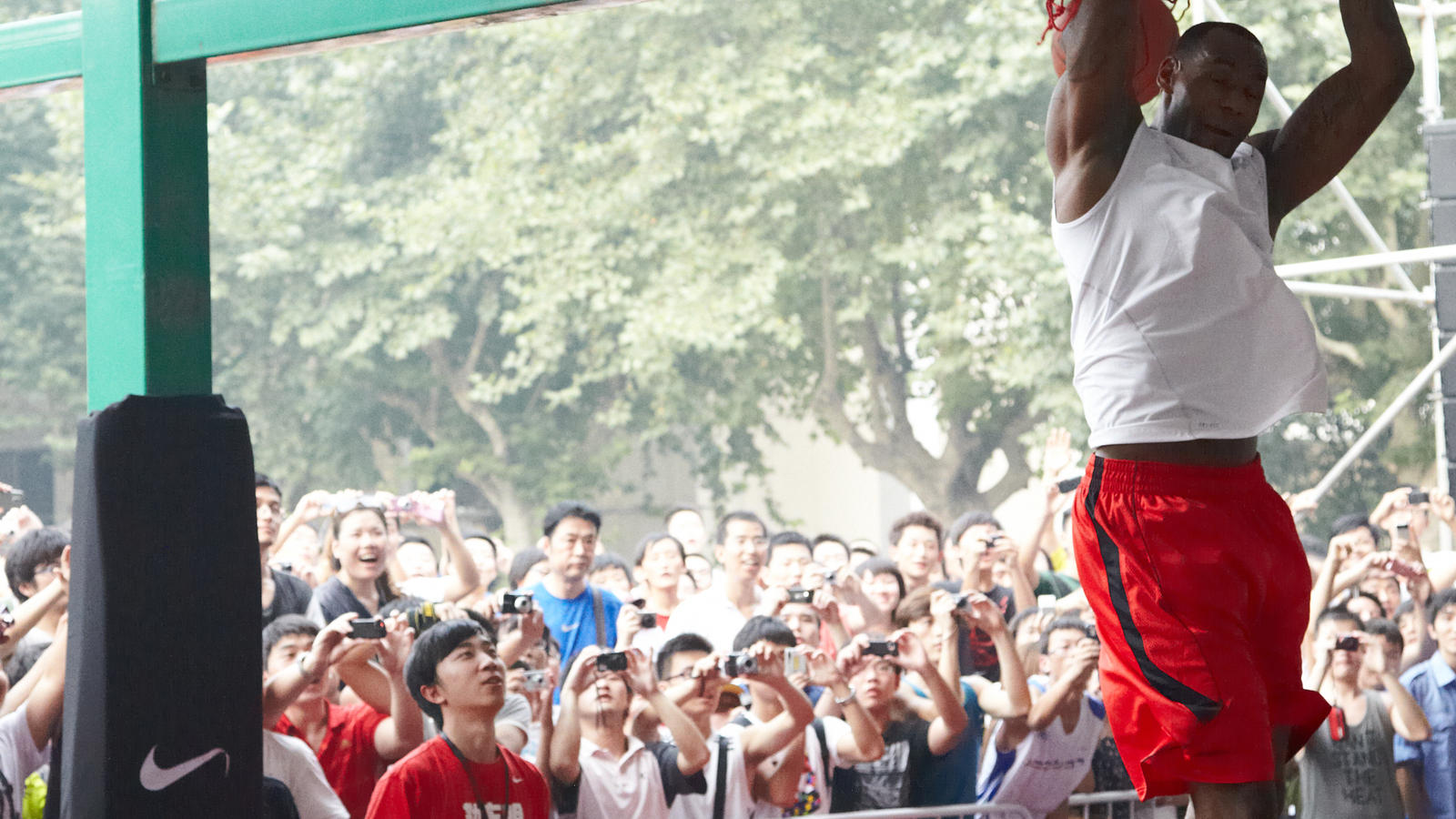 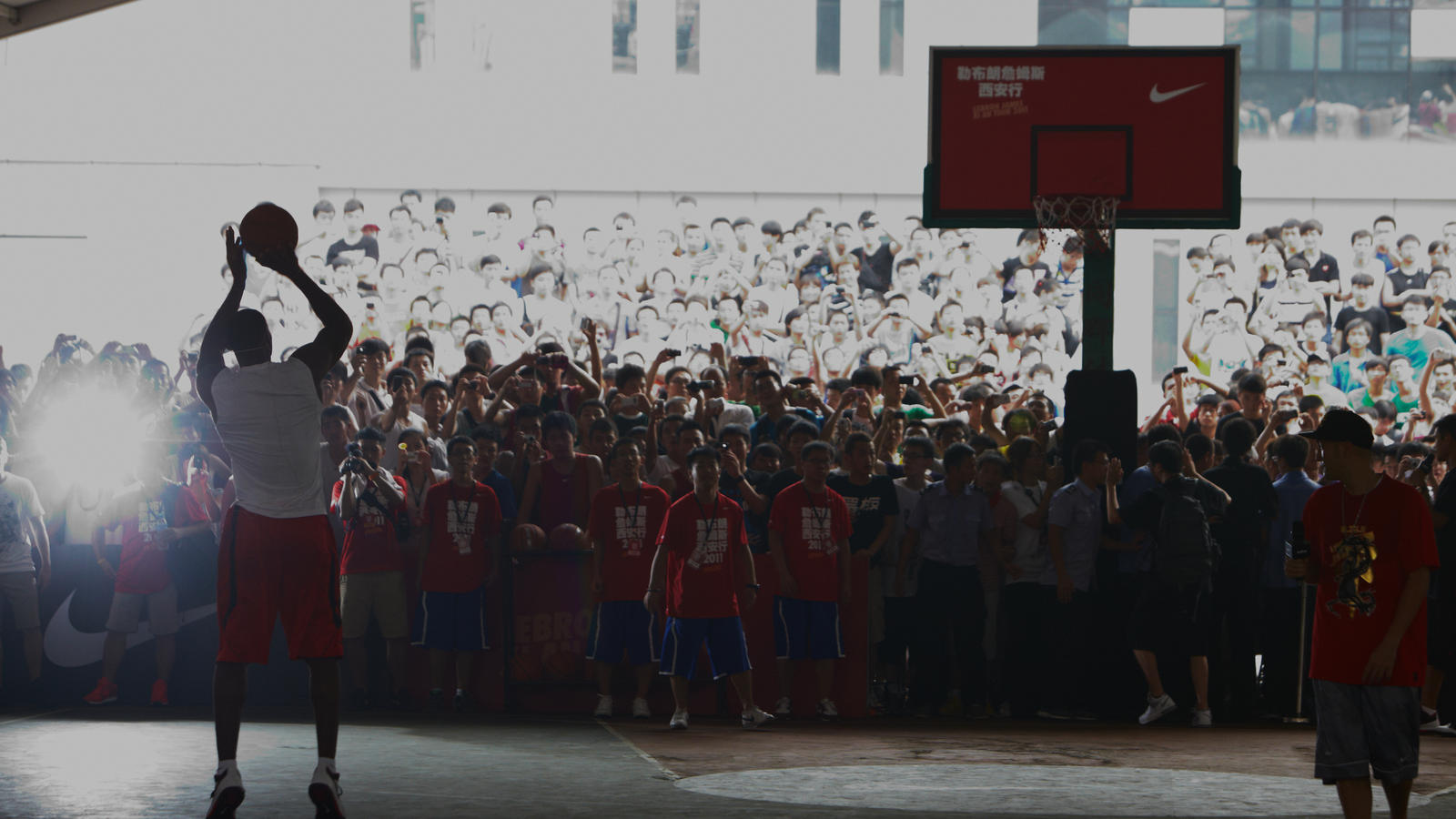 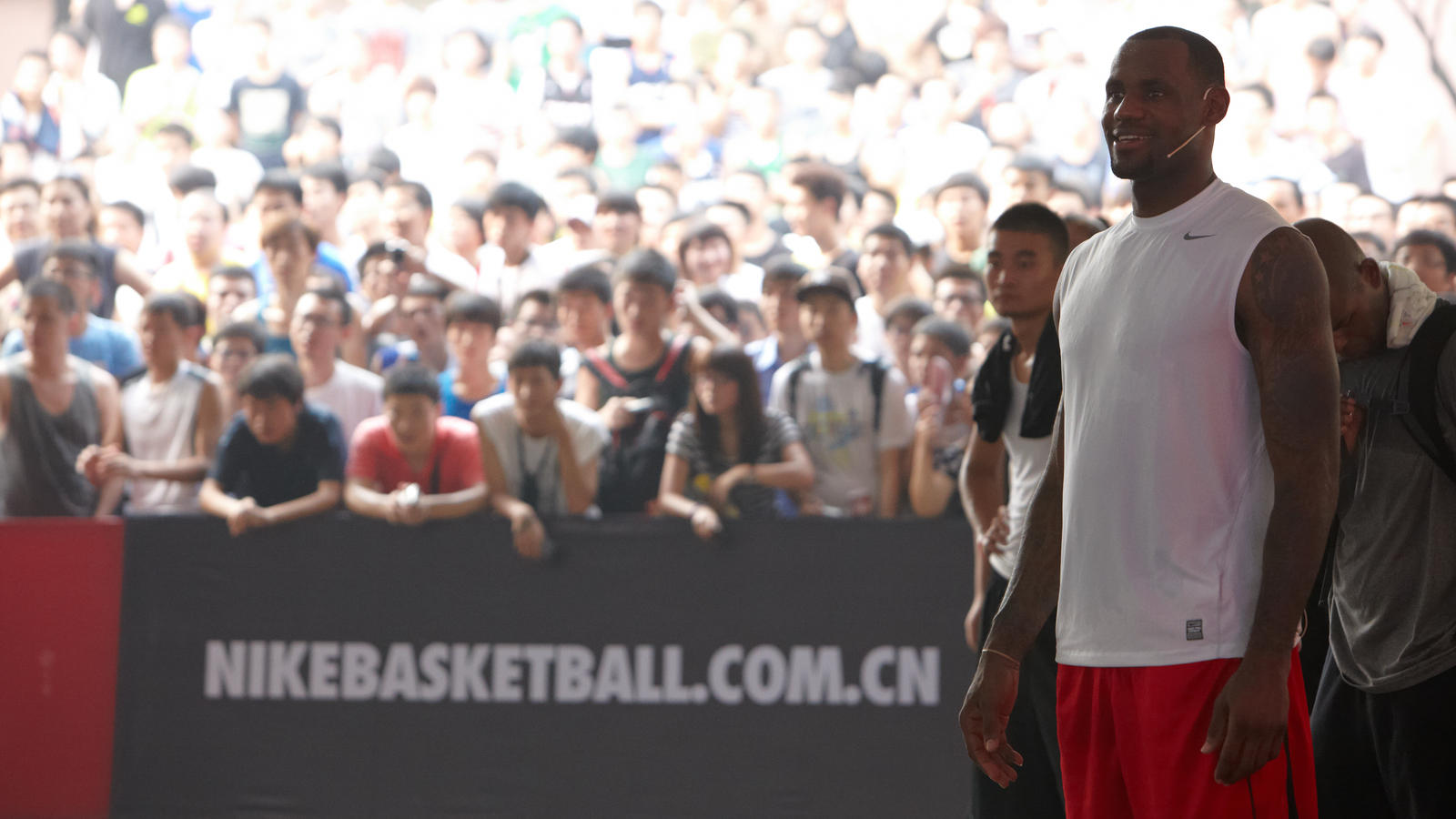 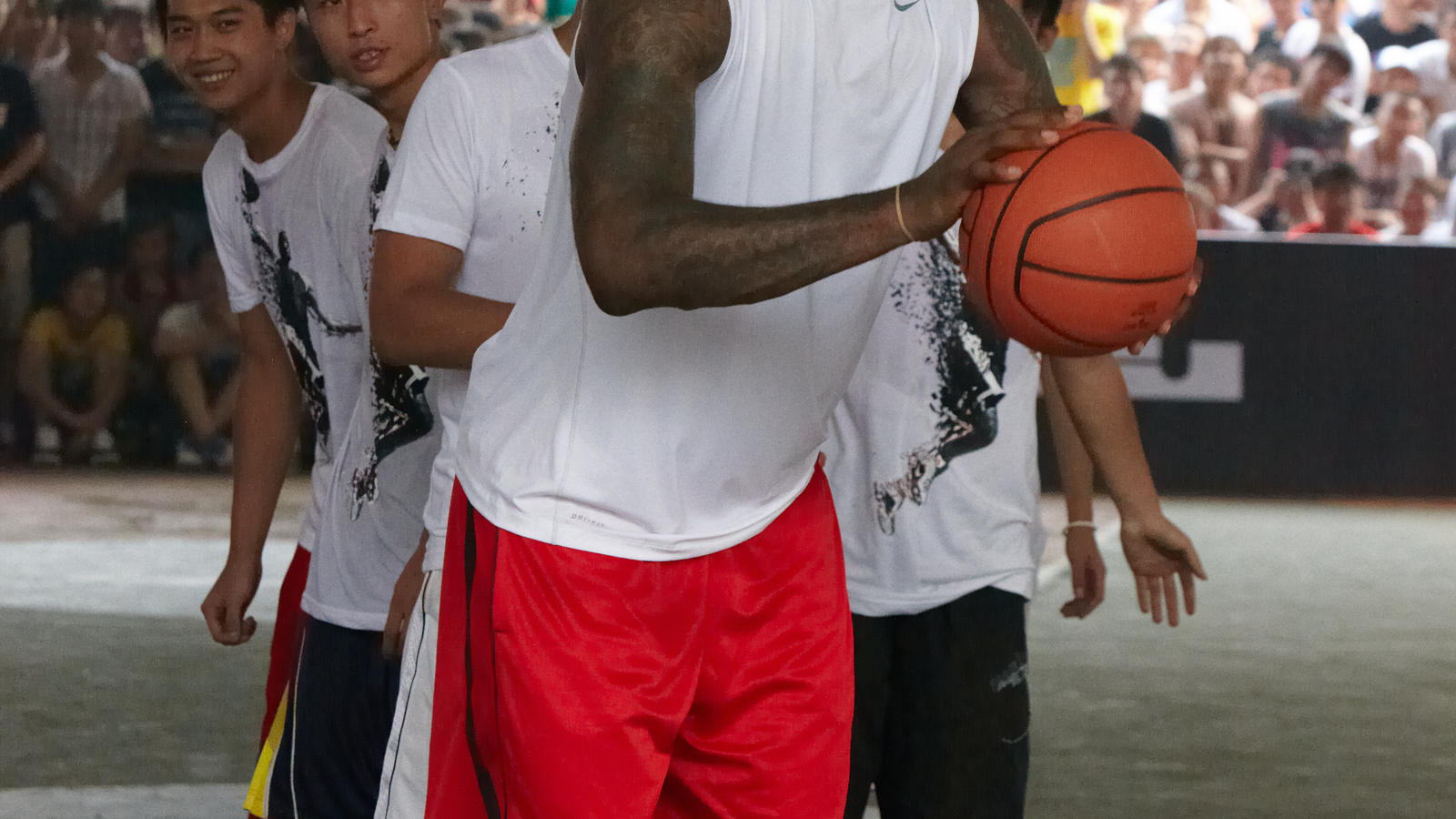 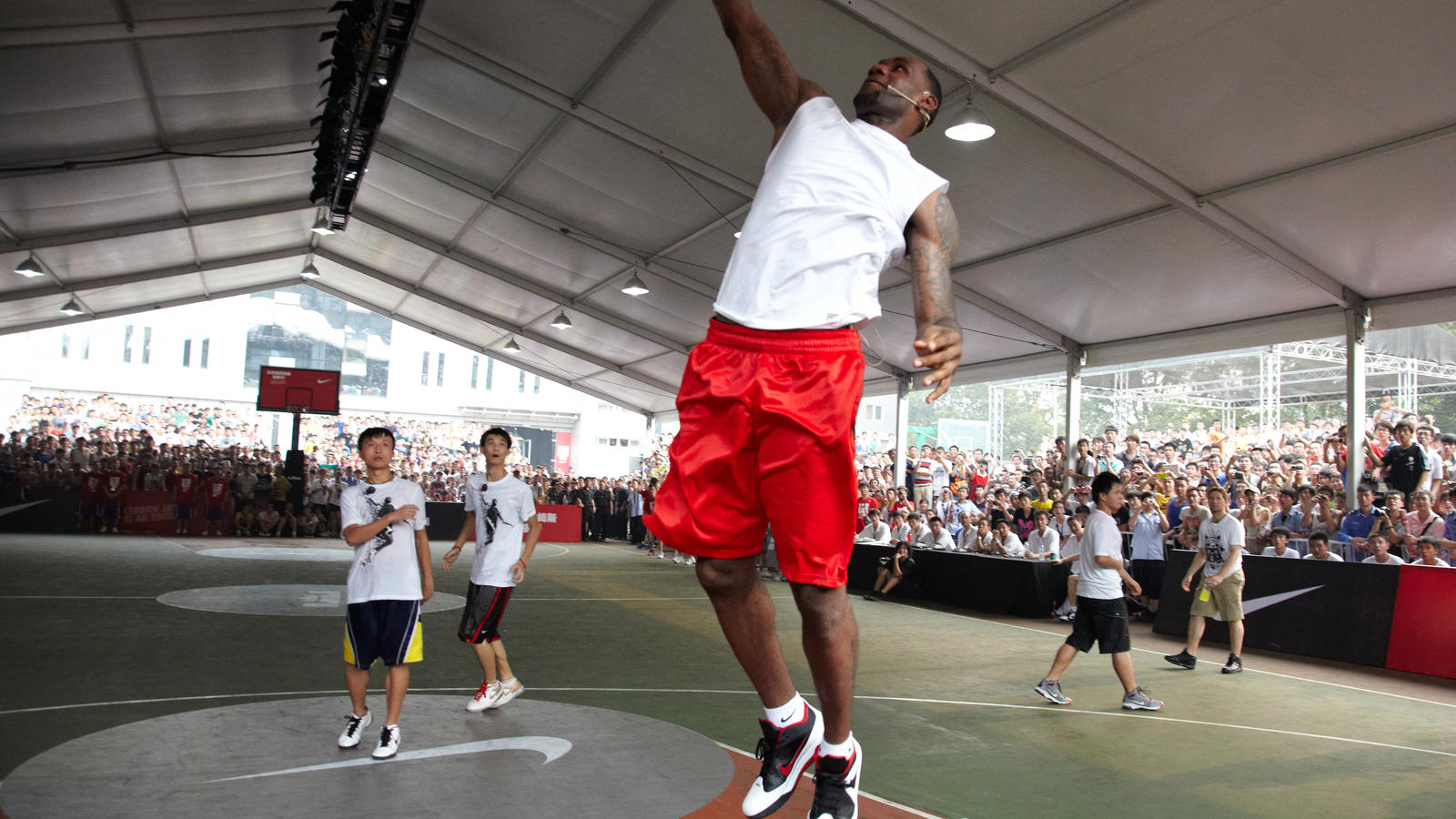 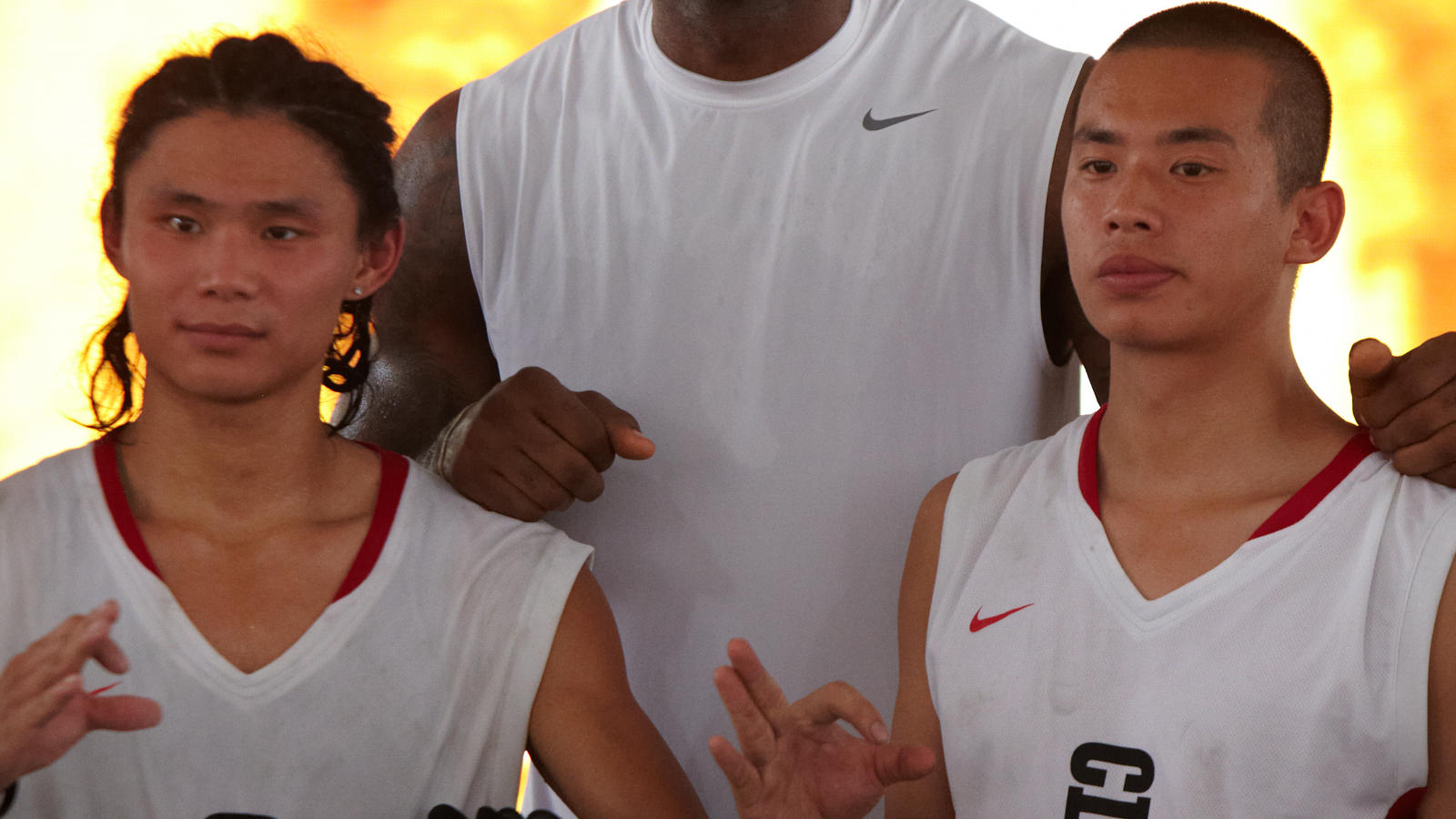 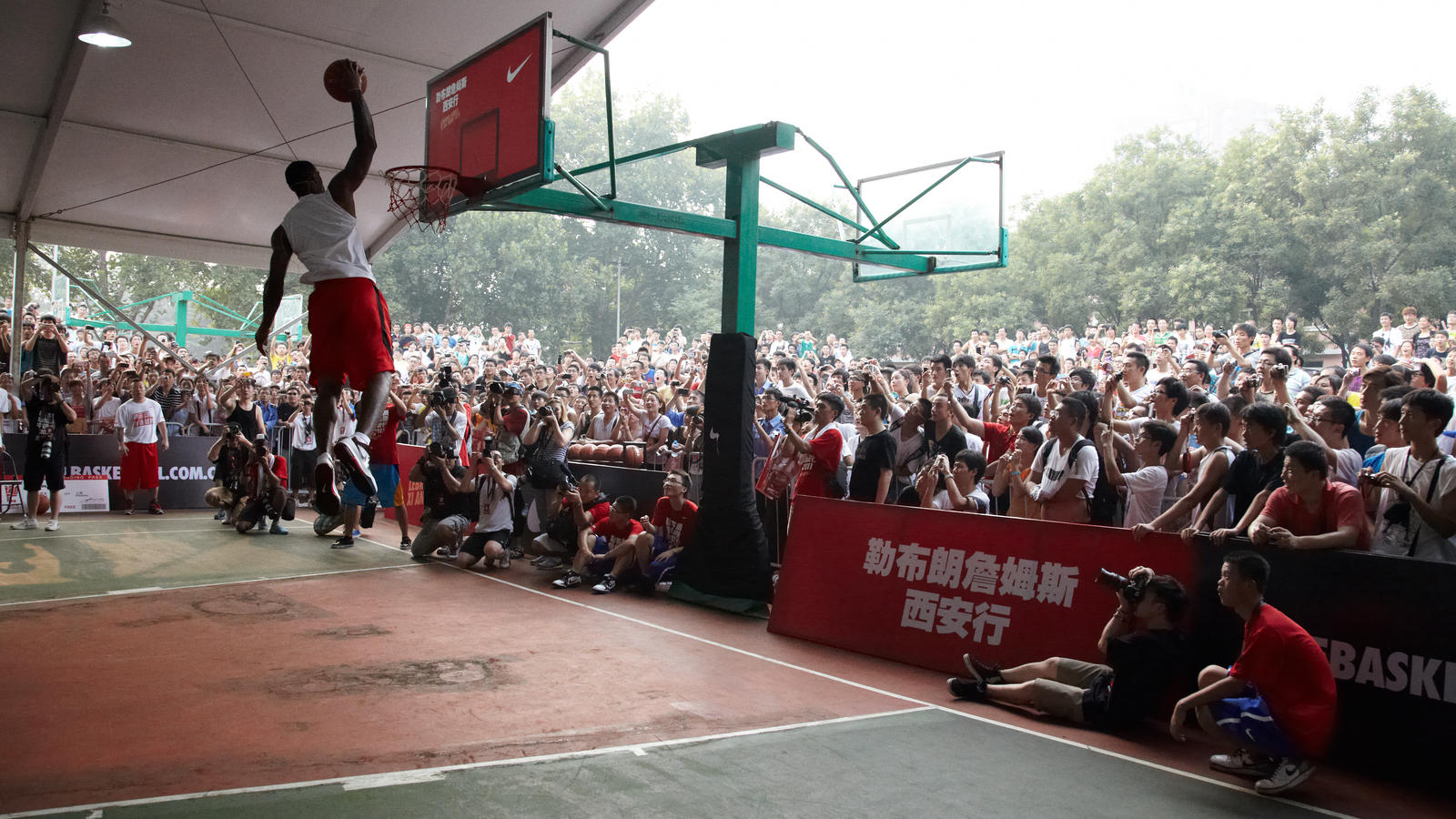 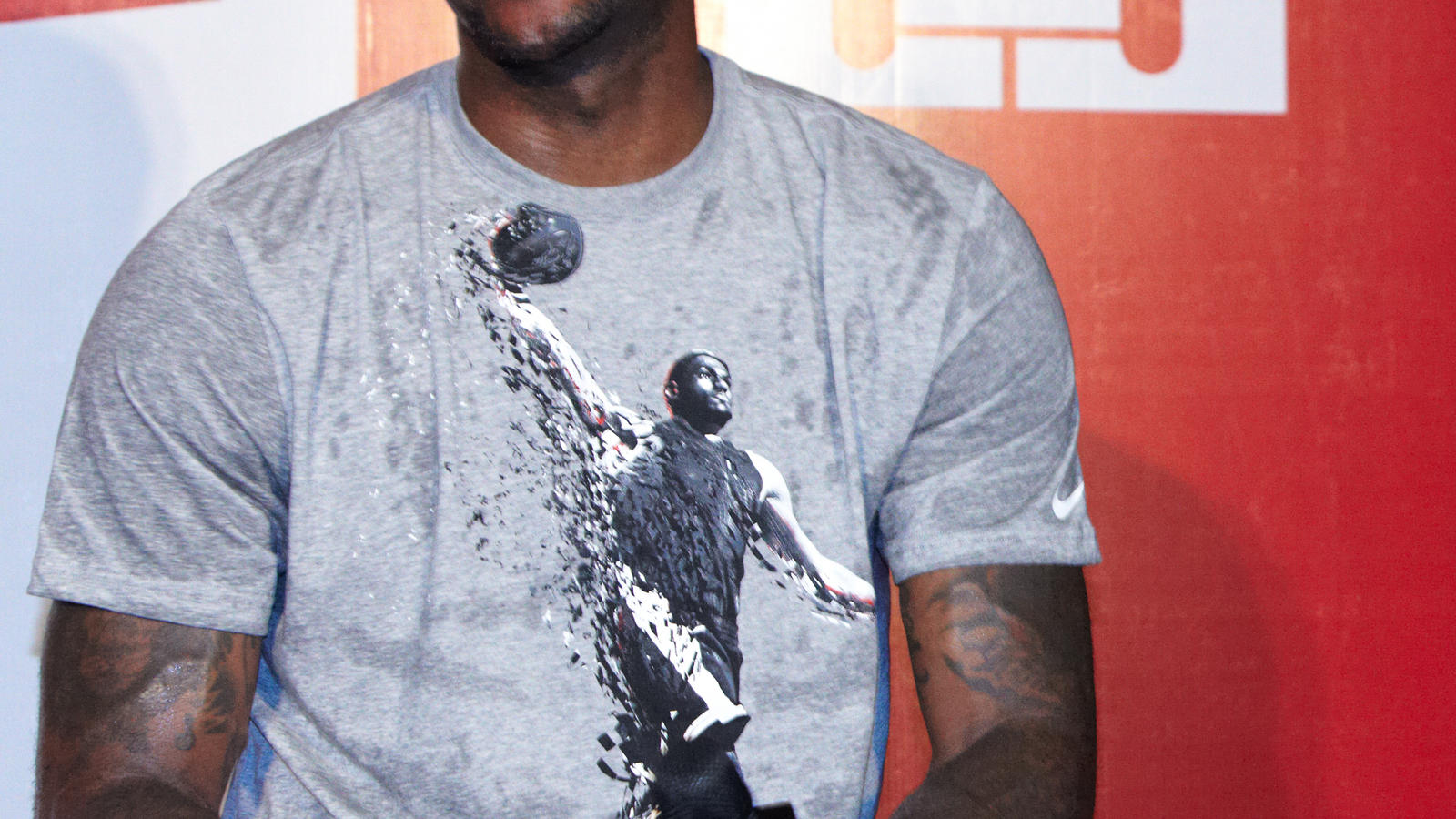 For the second straight day, fans in Xi’an came out in massive numbers to show their support for LeBron James. Day six of the tour took James to Chang’an University for a skills clinic with top talent from both the Xi’an Summer Nights King of the Court and Ballers Network tournaments. As the buses rolled up to the gym, it quickly became apparent that yesterday’s strong showing at the Summer Nights King of the Court regional championship was no fluke as hundreds of fans packed the surrounding area to get a glimpse of the NBA superstar.

As with the clinics in Taipei and Chengdu, the skills clinic participants were eager to practice with one of the best players in the world. With the help of James, who divided his time amongst the three groups equally, three American coaches led stations focusing on ball-handling, shooting and finishing.

After the clinic, James took questions from players. With this Xi’an select team coming together so quickly, one player asked how they should go about building team camaraderie. Pulling from his personal experiences over the last eight years in the NBA, James talked about the importance of getting together with teammates off the court.

“We do a lot of stuff off the floor to bring us closer so when we get on the floor, it’s that much easier for us,” said James. “Basketball is a team game and when you understand that and you understand how important team is, it makes the game for you individually a lot easier.”

In the afternoon, James went to see the Terracotta Warriors, an army of clay soldiers buried with Chinese emperor Qin Shi Huang in 210 B.C. Tomorrow, the tour moves to Shanghai for the Nike Festival of Sport for interactive fan events, skills clinics and the Summer Nights King of the Court national championship.

August 15 – Day five of the 2011 LeBron James Greater China Tour touched down late this morning in the ancient Chinese capital of Xi’an, Shaanxi province. Located in the central part of the country, Xi’an is one of the oldest cities in all of China, boasting more than 3,100 years of history. This being his first trip to Xi’an, James was excited to be in a new place and interact with his fans. To communicate that excitement, James tried out some newly learned Mandarin at an early afternoon press event, Xi’an de qiumi, dajia hao – hello to all of my fans in Xi’an.

Later in the day hordes of fans packed the stands and lined the streets inside the Shanxi Normal University where the 2011 Xi’an Summer Nights King of the Court was held. James was mobbed by hundreds of fans crowded around the entrance who had come to welcome James to their city.

“The fans here were the best,” James said after the event.

A middle-school girl, who was selected at random to have a picture taken with James before the game, summed up fans’ general feeling.

“I’m so excited, I can’t stand still!” she grinned.

Like in Chengdu, the King of the Court was played by two teams that had qualified from their regional bracket for a chance to play in Shanghai on Thursday in the Nike Festival of Sport. James took turns coaching both teams; one from Xi’an and one from Beijing. When the buzzer sounded, it was the Beijing squad who was headed to Shanghai.

Throughout this tour, James has been asked on many occasions whether he would consider playing overseas next season in the event of an extended lockout. His answer has remained consistent.

“I’m preparing everyday for an NBA season. I’m very optimistic about both sides coming together to make sure we have a season. So I’ve been very focused on training to get ready for that.”

Much has been discussed about James’ off-season training, specifically about his commitment to working on his post game, evidenced by a training session with Hall of Fame center, Hakeem Olajuwon, earlier this summer. With a full season under his belt in Miami, James feels it’s time to add more elements to his game in order to augment his offensive skills.

“But when you have another player like Dwyane Wade who can also control and handle the ball, I don’t have to do it as much, so I can put my attention somewhere else. And that’s the post.”

“I feel like I’m very comfortable out on the perimeter, which I should be. I’ve done it for a long time. But, now it’s time to continue to get better and find out ways where I can expand my game so I can be more of a threat than I am right now.”

Tomorrow, the Xi’an portion of the tour continues with a basketball skills clinic and a trip to see the Terracotta Warriors, which date back to 3rd century B.C.