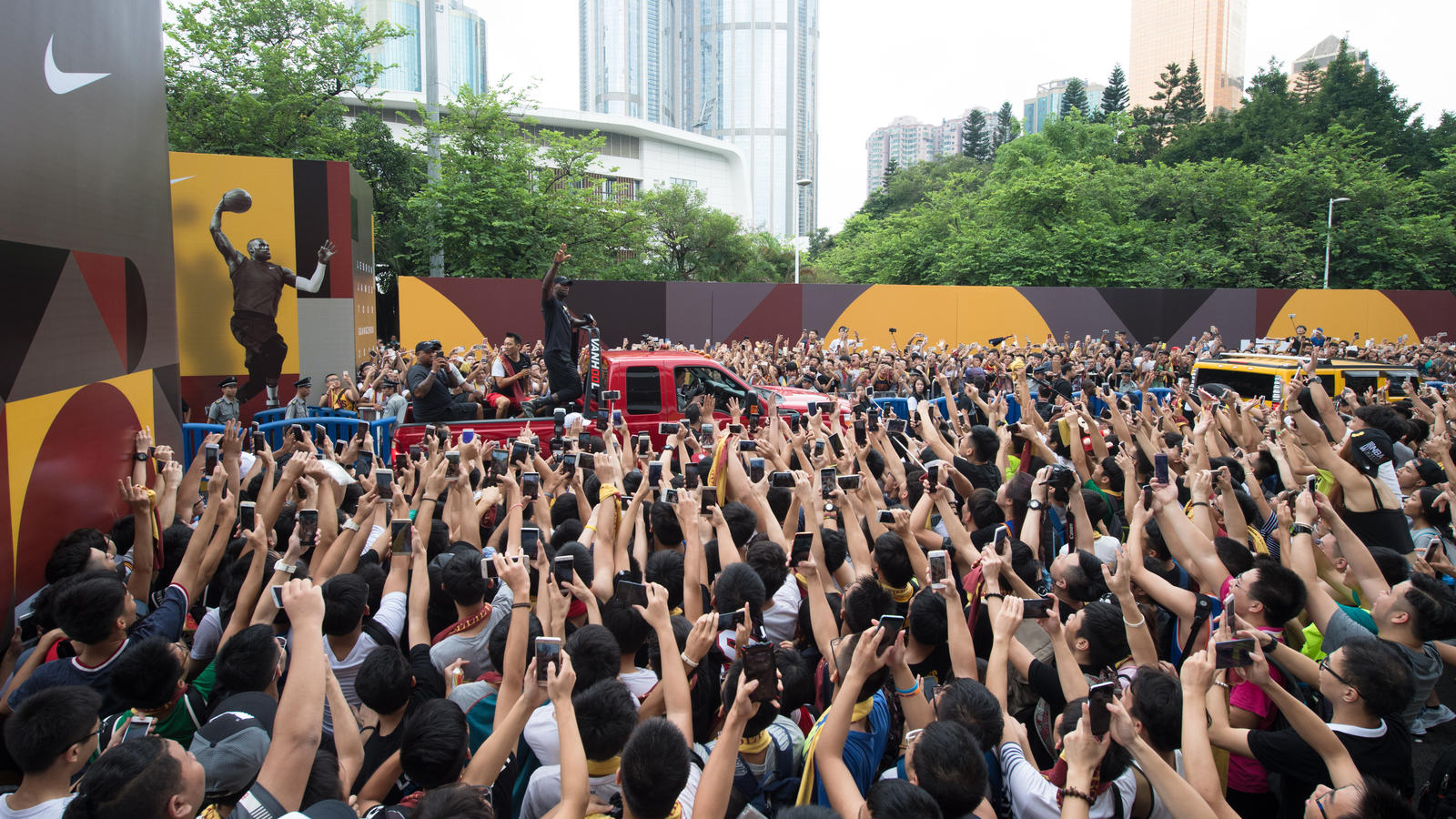 LeBron James made his 12th annual trip to China as a part of the Nike/LeBron James 2016 Asia Tour. Visiting both Guangzhou and Beijing, the champion encouraged kids to believe in their abilities and overcome obstacles.

The three-time champion’s first stop in Guangzhou was the HBL (High School Basketball League) All-Star Game, where he participated in shooting drills and a skills competition. The capacity crowd of over 8,000 raucous fans at the Tianhe Sports Center cheered every time James touched the ball, culminating in a deafening “L-B-J” chant when the four-time league MVP sank a half-court shot to win the final shooting competition of the night. 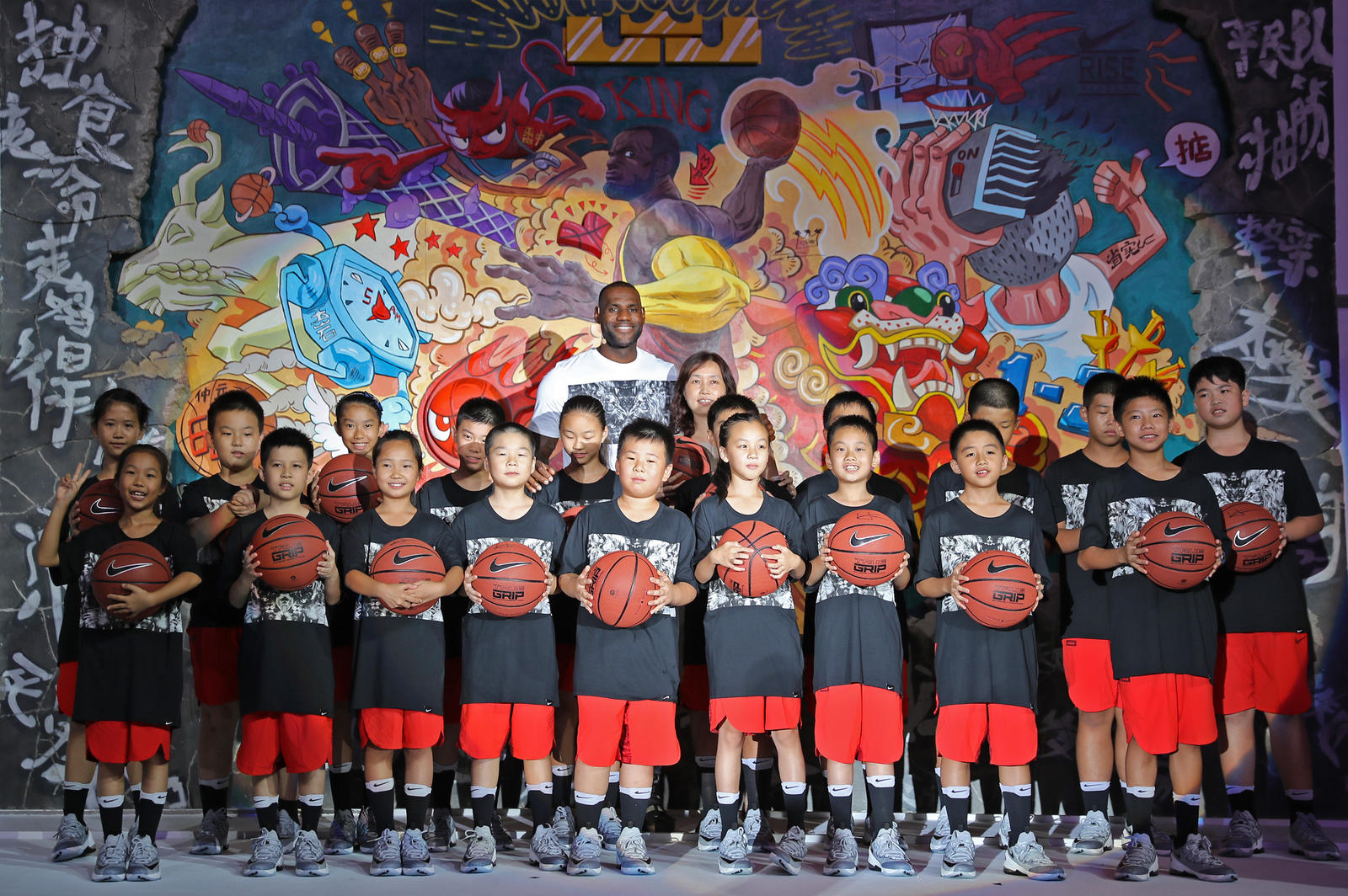 James also recognized a group of star-struck elementary school students who earned their seats at the event by excelling in the Nike Active Schools at the West Sports Road Primary School. 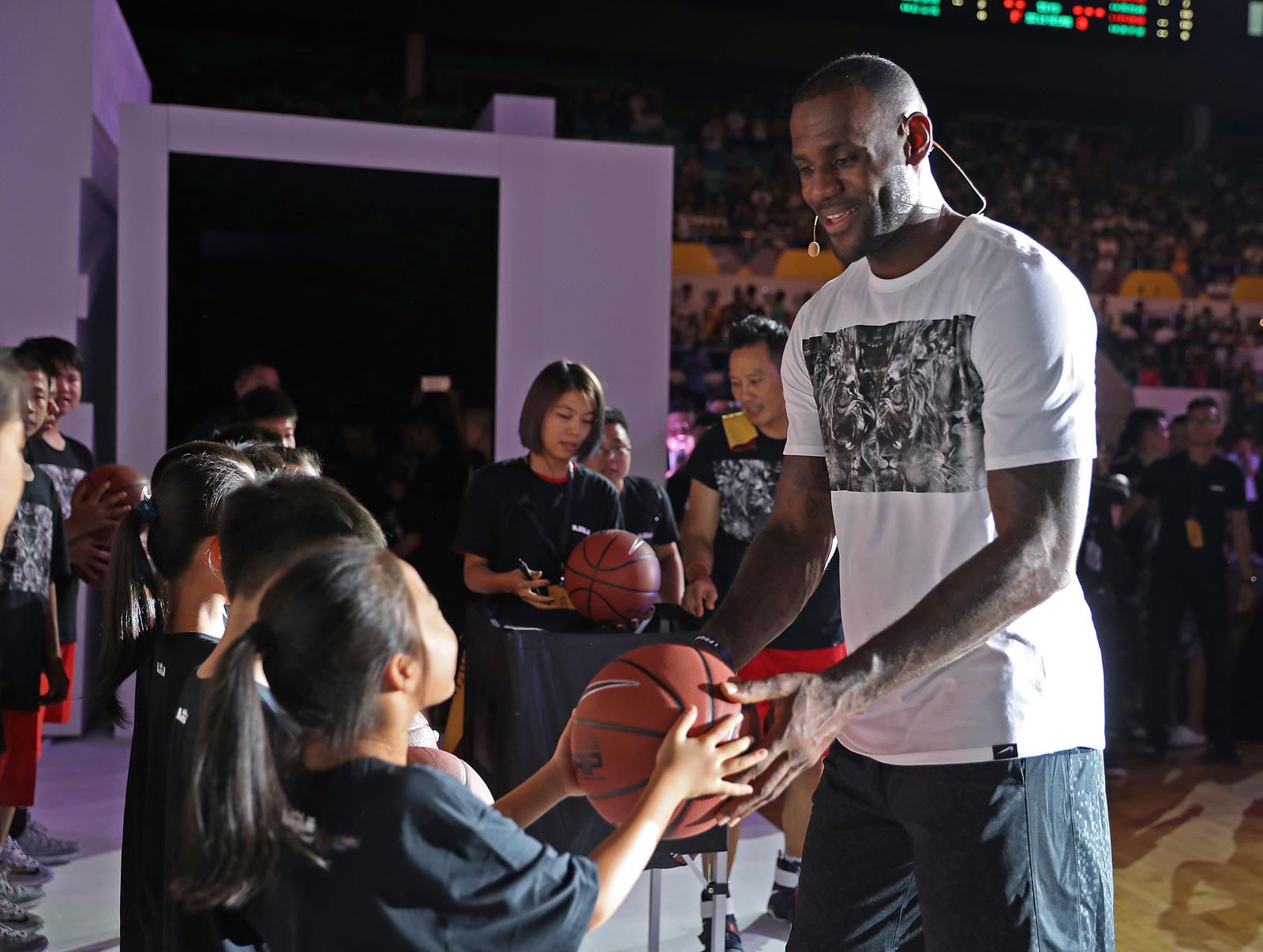 The next day, more than 10,000 fans turned up at the center for a Guangzhou-style Championship Parade to honor James' 2016 victory. James thanked the crowd for their support and when asked what kept him going when his team was down 3-1 in the five-game final series, the player confirmed, “All of these people. I have been coming here for a long time and knowing that I had this kind of support behind me keeps me going.”

Before departing the city, James visited a Nike Rise Academy program at Guangdong Experimental High School, where he participated in drills with the team. He also spent time watching film with the athletes and emphasized the importance of paying attention to on-court detail. 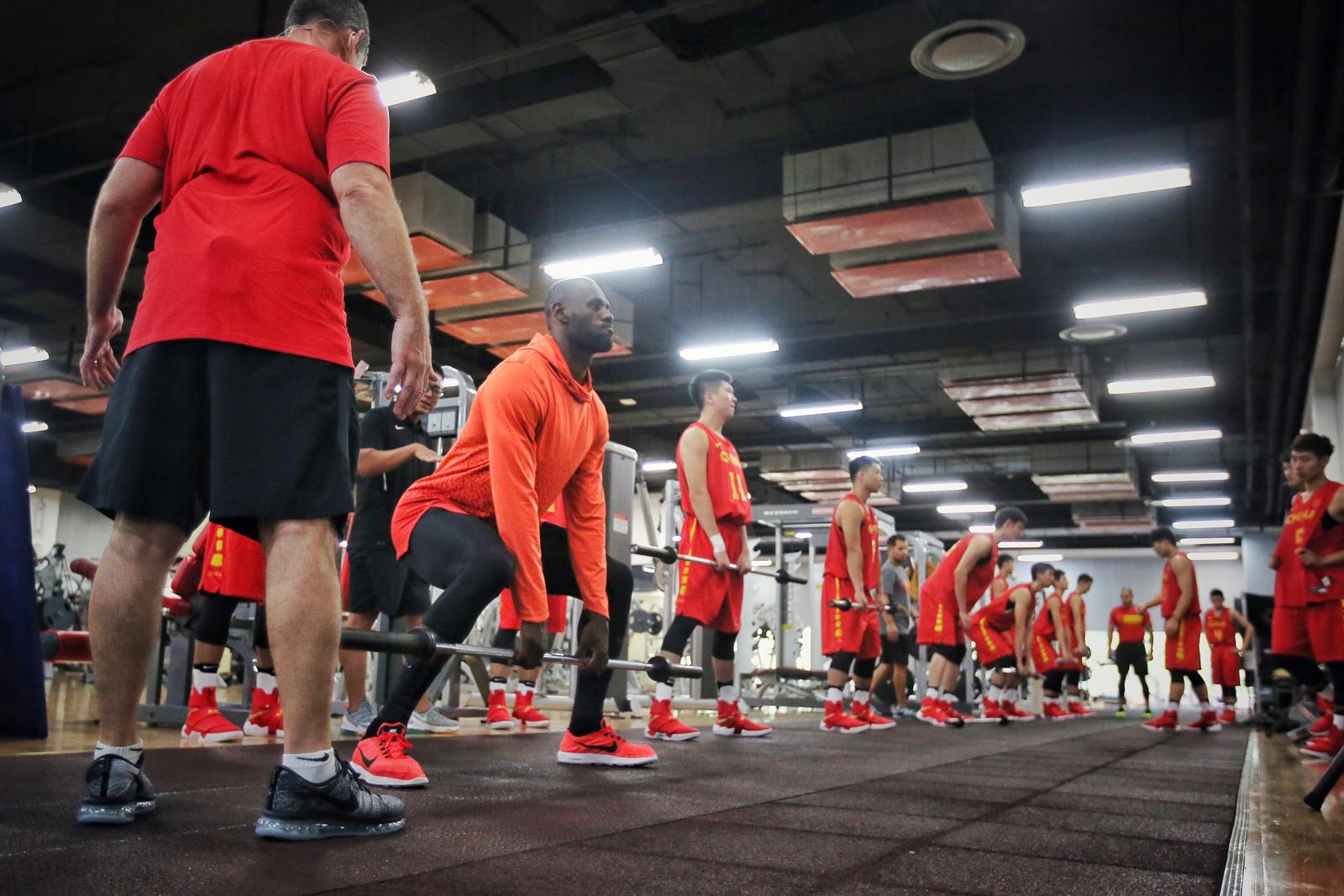 “The Chinese Basketball Federation has been a great partner to Nike Basketball,” says Lynn Merritt Global Vice President of Basketball Sports Marketing. “We are excited to be working with them on improving the game by bringing some of the best players in the world to Beijing to work with the athletes.”

James started the program with an hour-long training session in which he shared his off-season training regimen. He again preached focus and attention to detail while also instructing the players on proper form. 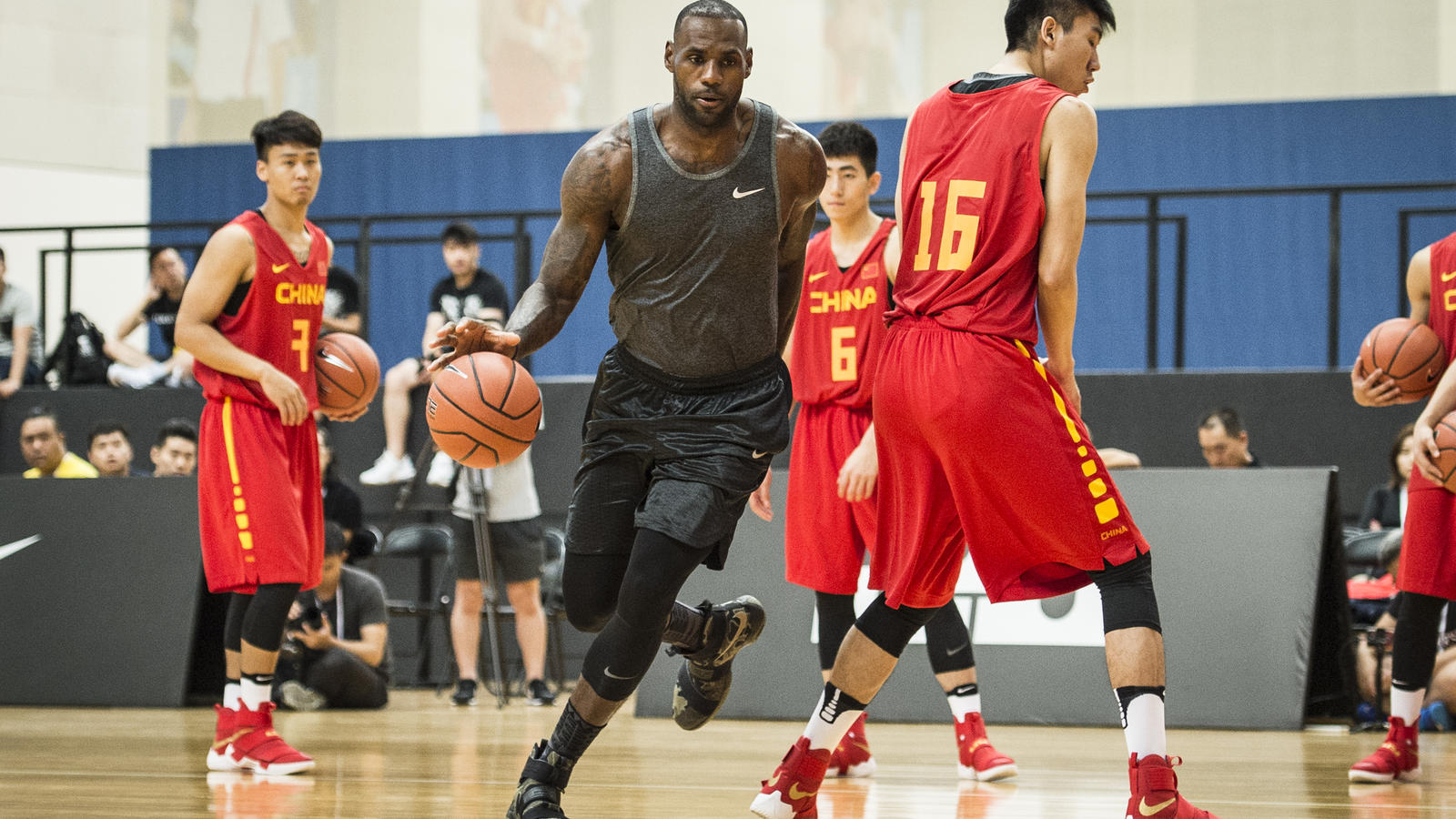 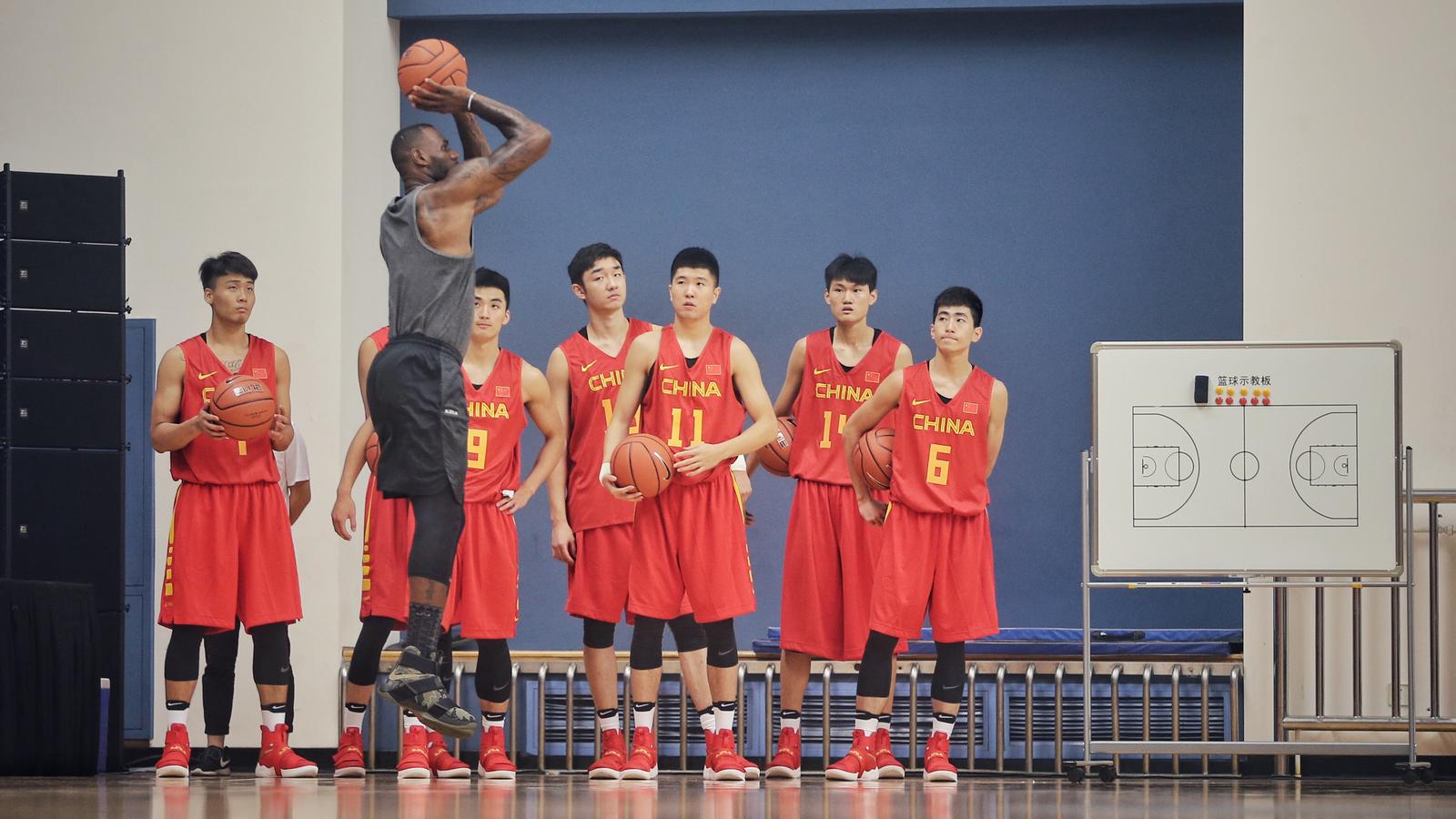 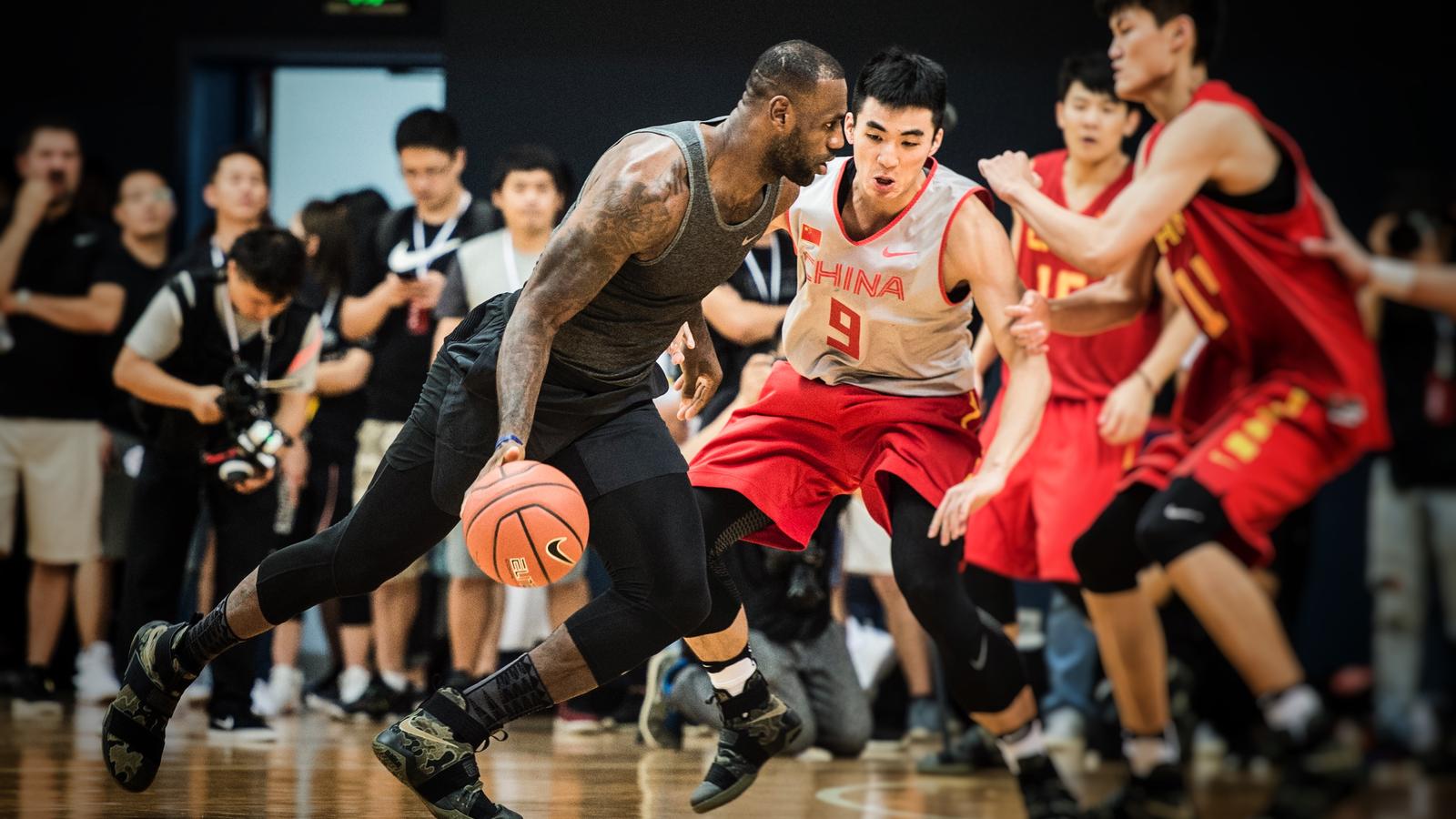 When the team — made up of athletes aged 13 to 19 — took the court, James joined them in shooting drills and game strategy. While former teammate and current coach Damon Jones and coach Otis Hughley instilled some offense basics in the young players, James jumped in at every position to preach execution.

In the end, the national team athletes left Beijing with a wealth of knowledge and a new appreciation for how one of the best basketball players in the world obsesses his craft. And for the 12th consecutive year, James left China having made an impact on the game of basketball that will live well beyond the tour itself.