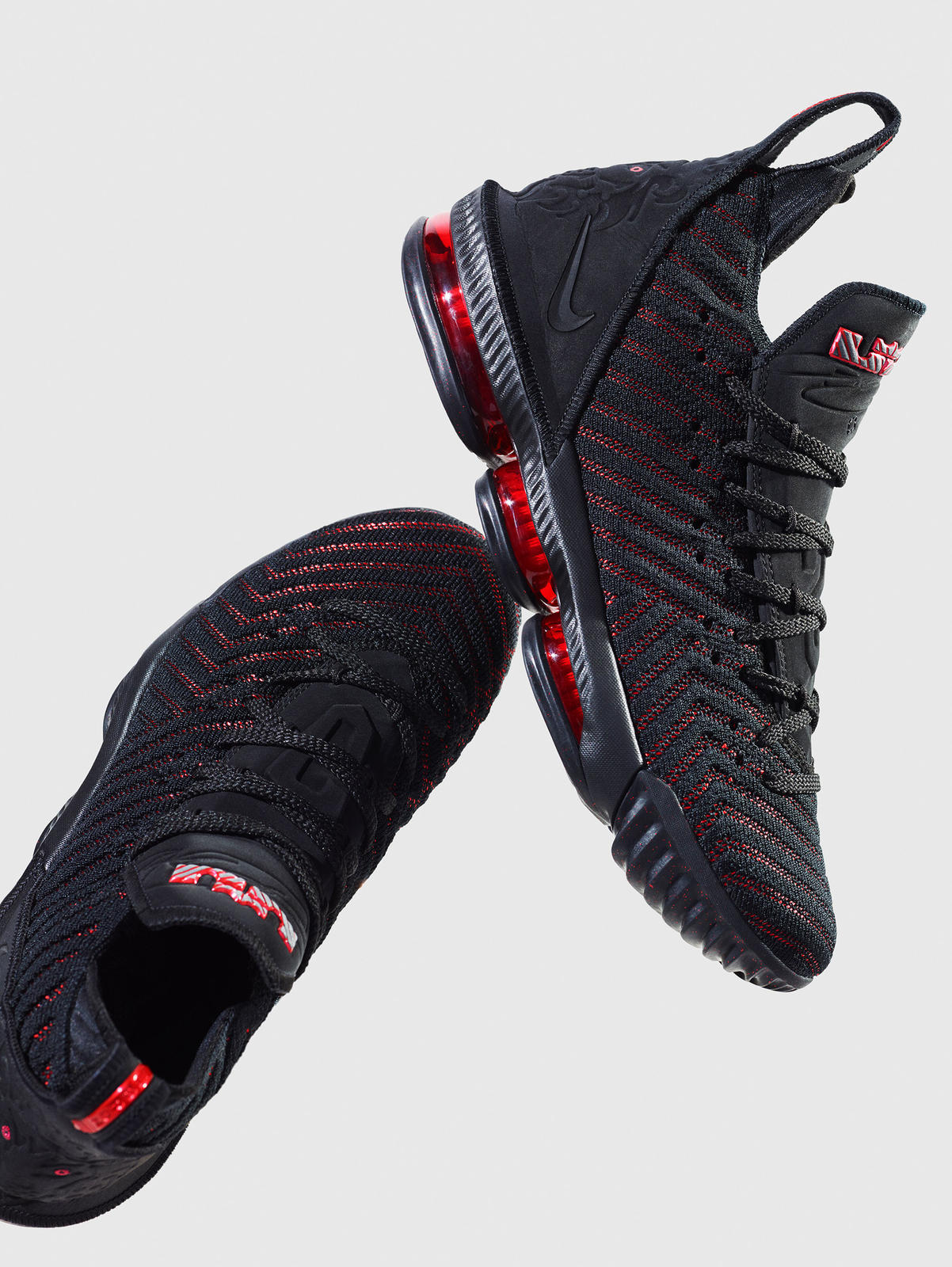 The LeBron 16 introduces Battleknit 2.0, an evolved version of the scalloped knit featured on the Lebron 15.

After 15 years at the top of the NBA, LeBron James’s athletic ability, relentless work ethic and maturity has set him apart among modern athletes. This mix befuddles opponents, and for Nike designer Jason Petrie, James’s longtime collaborator, it creates a series of evolving challenges, not least of which is the four-time MVP’s constant need for balancing support and weight in his shoe.

Petrie and the basketball footwear team at Nike know that each iteration of the LeBron line calls for fresh tools. With the new 16, the breakthrough tool is knit.

“The knit team at Nike are geniuses,” says Petrie. “I don’t use that term lightly. They are mathematical artists and have created a new knit for the 16 that is strong enough to contain LeBron and successfully reduces any layers in the overall build that could slow him down.”

The LeBron 16 introduces Battleknit 2.0, an evolved version of the scalloped knit featured on the Lebron 15. Its structure increases tensile strength (important to contain James’s lateral force on court) and it has an elegant finish matching James’s current style. 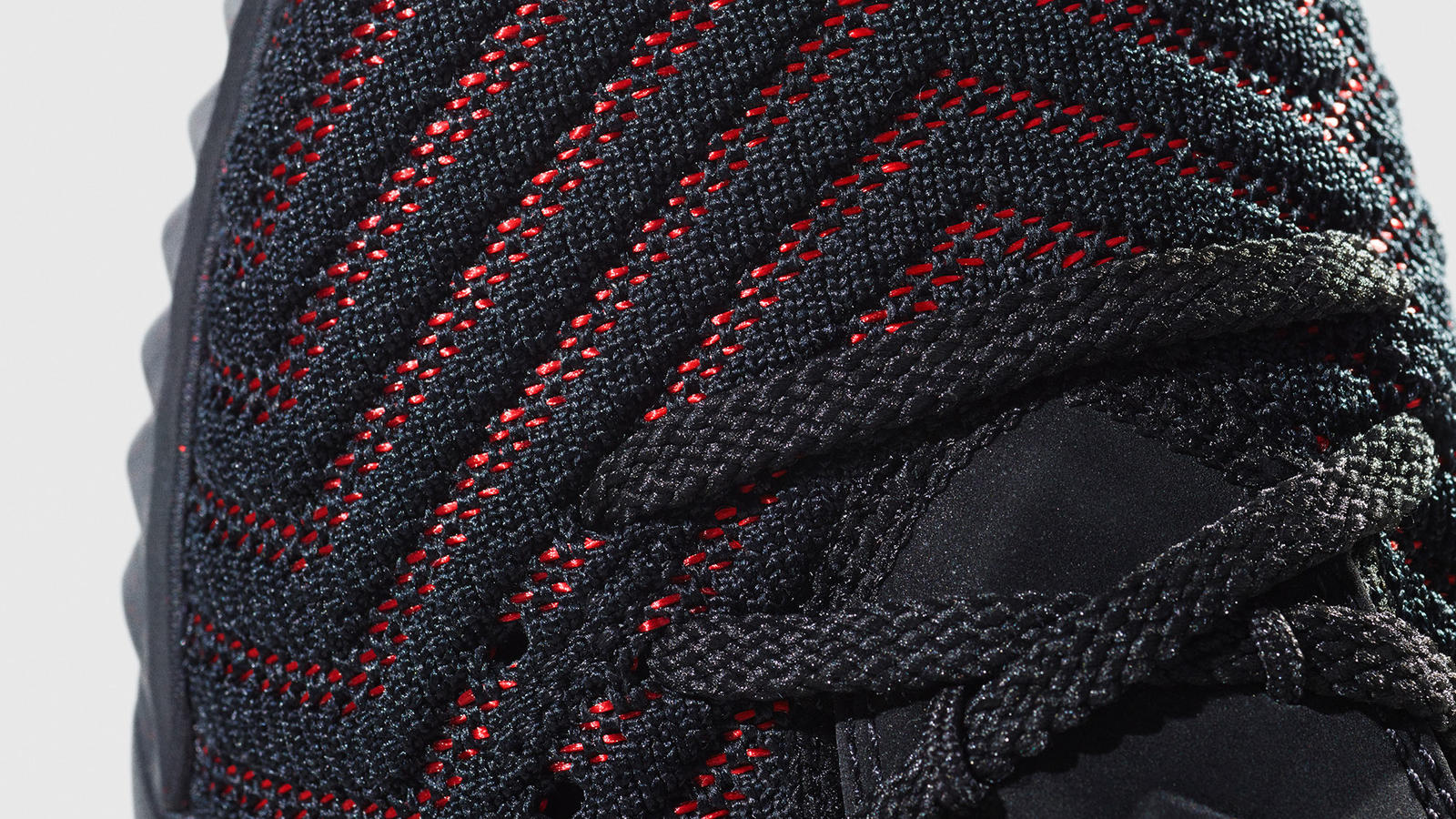 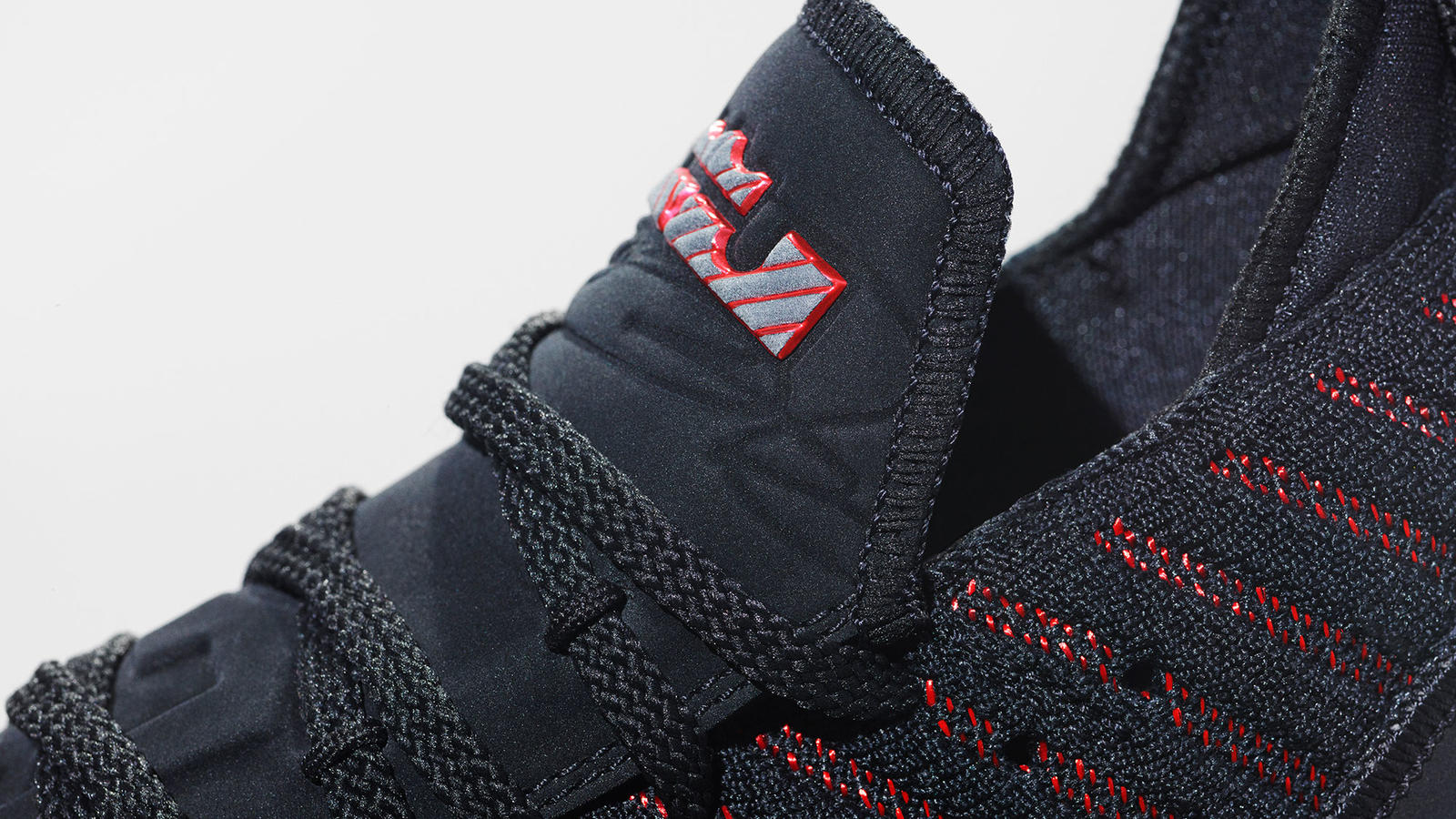 A lower cut to the LeBron 16 creates more freedom in the ankle and gets the athlete closer to the ground for increased speed and a tighter court feel.

The LeBron 16’s other notable feature is its height. At the direction of James, Petrie formed the shoe with a lower collar, which allows the athlete to move more freely.

Petrie and team also added a new gusseted leather tongue, allowing for seamless entry into the shoe and for broader styling choices off court.

Underfoot, a simple evolution of the Max Air cushioning platform introduced in the LeBron 15 supports James’s dynamic desires. “LeBron liked the cushioning so much last year that we just focused on refining it,” says Petrie. “For this addition, we removed the tendril that connected the forefoot to the under-toe bag, and instead included an outrigger to create some additional support to complement the lower height.” 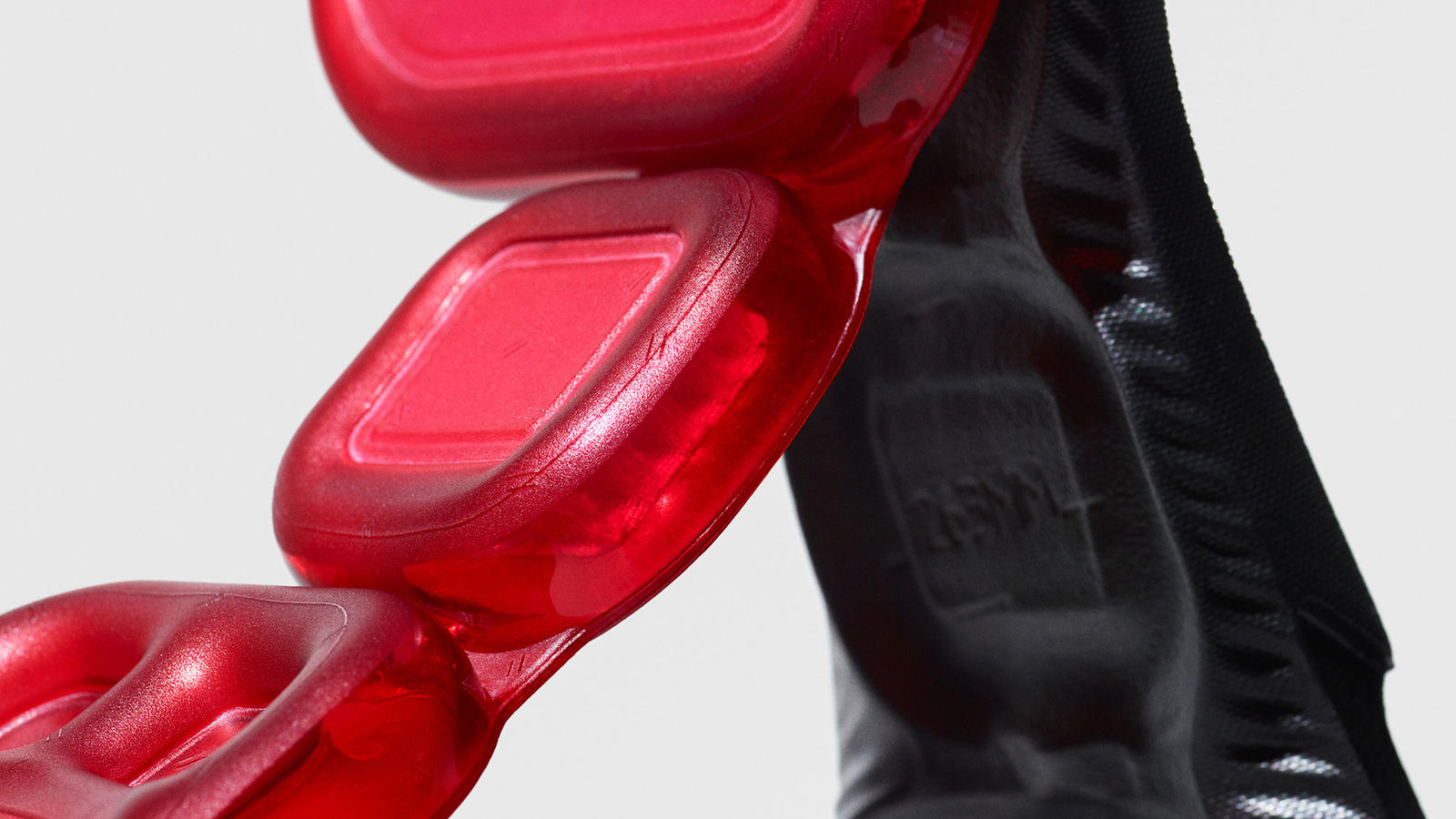 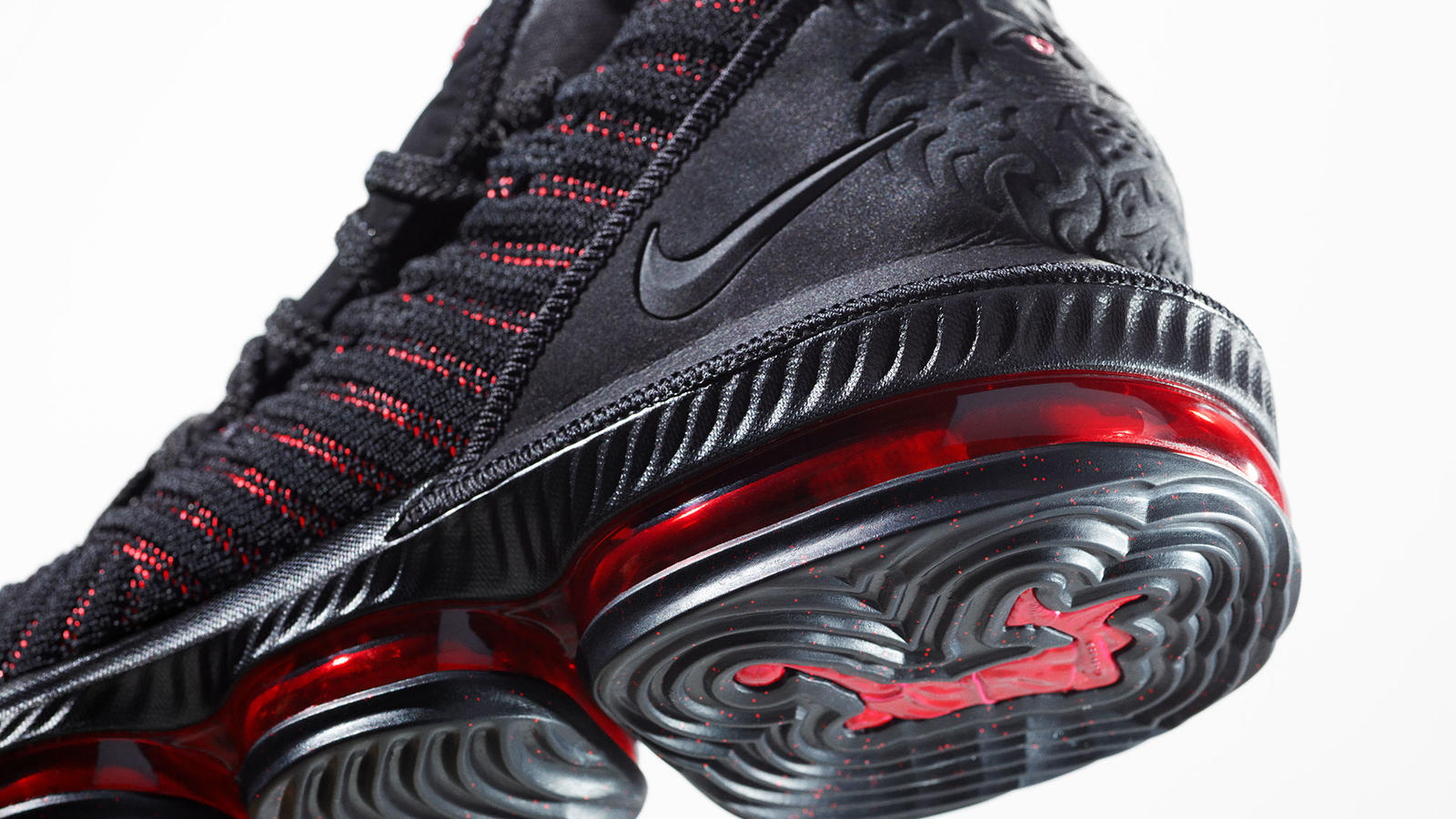 The heel detail features a silhouette of James.

The "Fresh Bred" launch colorway of the LeBron 16 will be available on nike.com September 20.