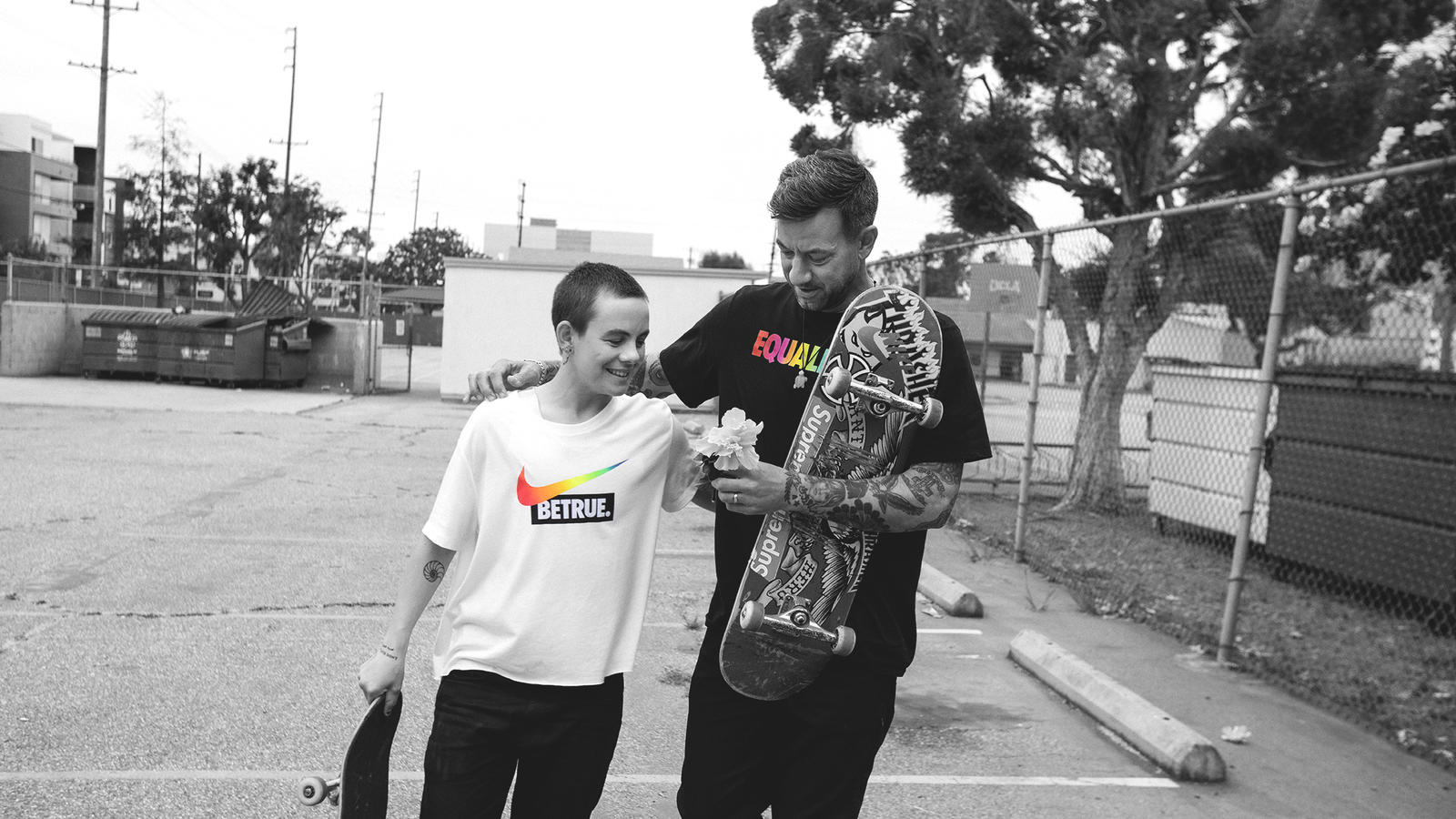 Nike proudly supports our family of athletes in being true to themselves on and off the field of play. This year, Nike launched the EQUALITY initiative, in support of diversity and inclusion, and the sixth BETRUE collection, in celebration of the LGBTQ community.

Two individuals who inspire us with their openness and phenomenal talent are Nike SB athletes Lacey Baker and Brian Anderson. Baker (25) and Anderson (40) share a passion for skateboarding and the creative expression it brings.

Here, Anderson and Baker interview each other for the first time about skateboarding and being a part of Nike’s 2017 BETRUE campaign. 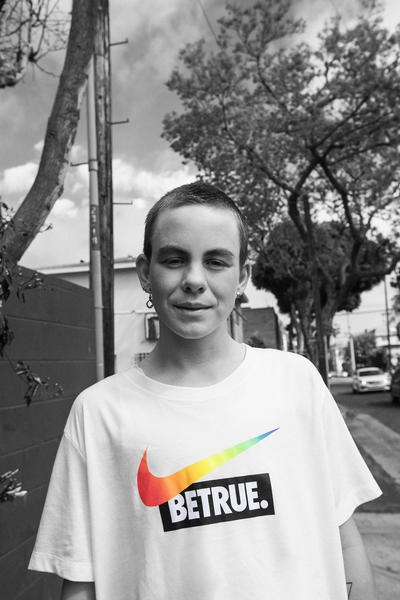 Lacey Baker: Brian, how did you get into skateboarding?

Brian Anderson: I got into skateboarding because I didn't want to do organized sports. In 1986, when I was 10 years old, skateboarding wasn’t as common as it is now. I was so happy to find my own world.

A few friends in my hometown also liked to skate, so we were always looking out for each other. When you find people who are on the same page as you, and also want to be creative through an athletic outlet, it's the beginning of the rest of your life.

BA: What about you? When did you first find skateboarding and realize that you wanted to keep doing it?

LB: I found skateboarding when I was two years old. Even then I was obsessed. I was in foster care, so I started by watching my foster brothers skate. I was actually interested in playing other sports, but I didn't really have the opportunity at the time. Ever since, I’ve always had a skateboard around me.

I remember landing my first kick flip when I was eight years old. From that point, I kept working on new tricks. In some ways, I like skate because you don’t really need anyone else to do it. That helped me. But I’ve also made so many close friends along the way.

BA: Exactly. For me, skateboarding has always represented a safe place where you can express yourself creatively. How do you feel creative when you skate?

LB: It’s helped to know what my limits are and then figure out ways to be creative after that. I can't just huck my body down a big set of stairs like some skaters. It's not something I can handle, so I have a more technical style of skating. It’s a really long process of learning tricks and trying them over and over. But that repetitive behavior is part of the creative expression for me, too. What about you?

BA: When I was a kid, I actually wanted to be in a band really, really bad. As a skateboarder, you get to do some of the things that you see musicians doing; you wear cool outfits and you have your own style. I feel a high level of satisfaction in choosing my look, from my apparel, to my footwear, to my skateboard. You can put stickers on your board and decide how you want it to look, like how a musician might want their guitar to look onstage. All of that is a direct expression of how you want to portray yourself to the world.

Early on, skate gives you that creative freedom. When you're troubled as a kid and stuck in school, you need those outlets to express yourself. Skateboarding is so great for that. It can help somebody get through some of the toughest periods of being a young person. 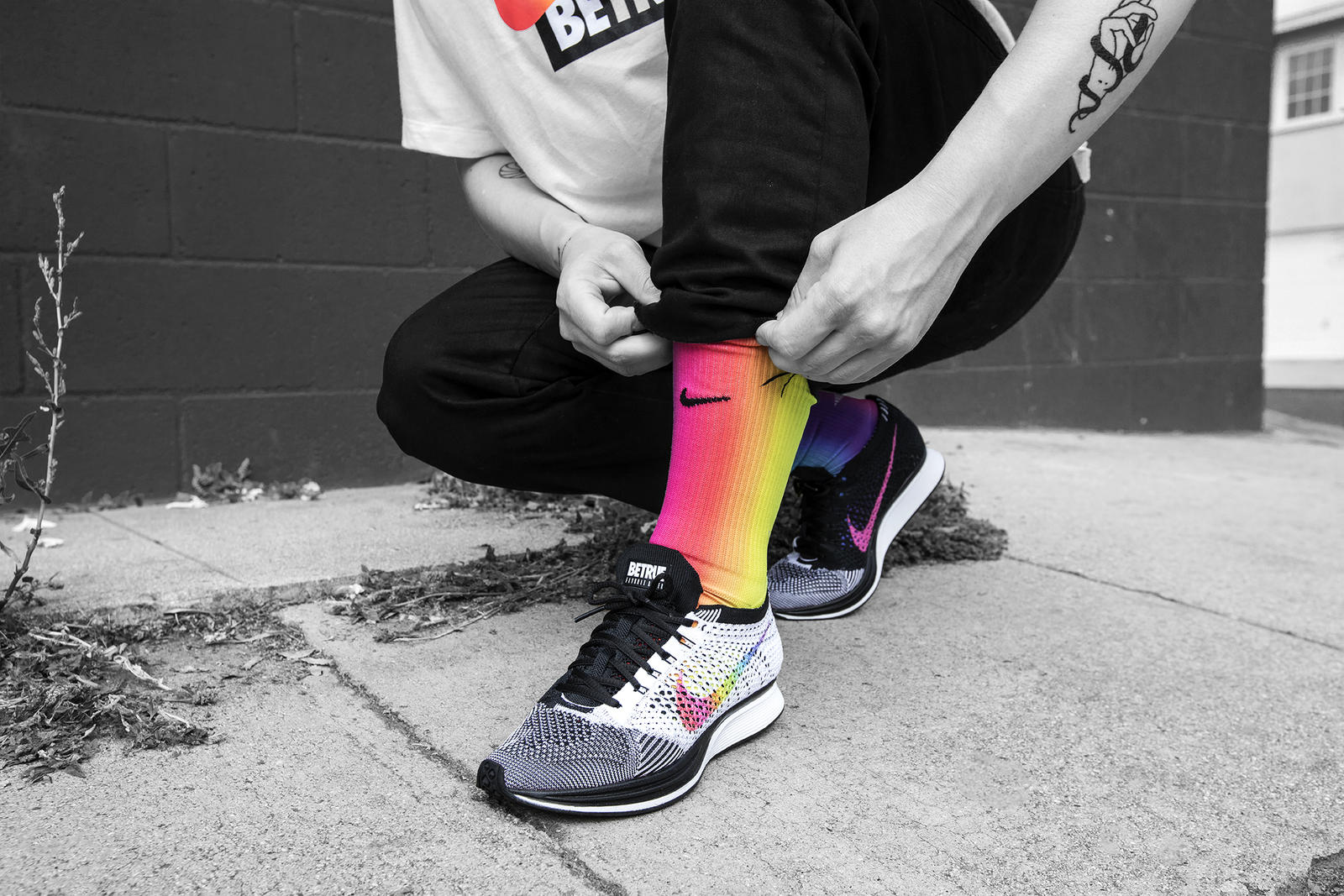 LB: The DIY aspect of skateboarding is one of the biggest reasons that it's so fun for me. Because it's not a team thing, everyone is super individualistic. It’s amazing to do anything you want with your skateboard, to skate any spot. When you skate, you see things in ways that people don't often see when they’re driving or just walking down the street. Someone might see a planter, but as a skater, you see endless possibilities.

Switching topics to not just representing the skate community, but the LGBT community, as well. How have you felt standing for more, including BETRUE? 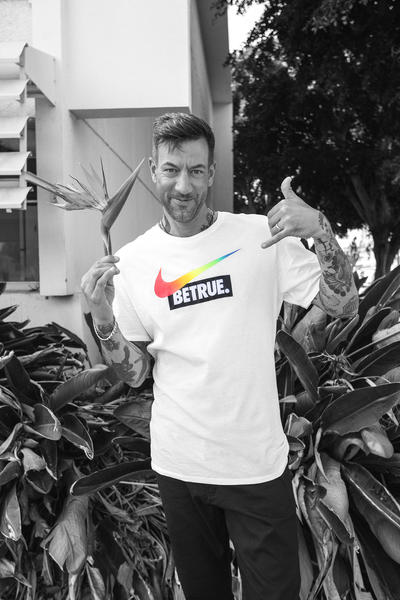 BA: As I continue to speak about it, I'm still learning and having revelations and discoveries. I’m really happy to have the opportunity to stand up with our friends and with Nike and BETRUE. It's encouraging to just go for it and not feel held back. It's not like I'm a different person now that I'm out and doing this, but it feels really freeing to not worry about what somebody might think, and to have a lot of our friends supporting us.

The greatest feeling is to have support. Eventually you’re able to drop your fears and become more of yourself than you already were.

LB: Yeah, exploring those feelings and being in a place where you can be open is super important. It allows you to fully start to explore who you are.

I'm still having the same thoughts when it comes to my identity. At the end of the day, being able to skate and just be who I am — that's what makes me feel true to myself.

It’s great to have the support of Nike and the EQUALITY campaign, too. It feels welcoming. I'm just really humbled and grateful for that. 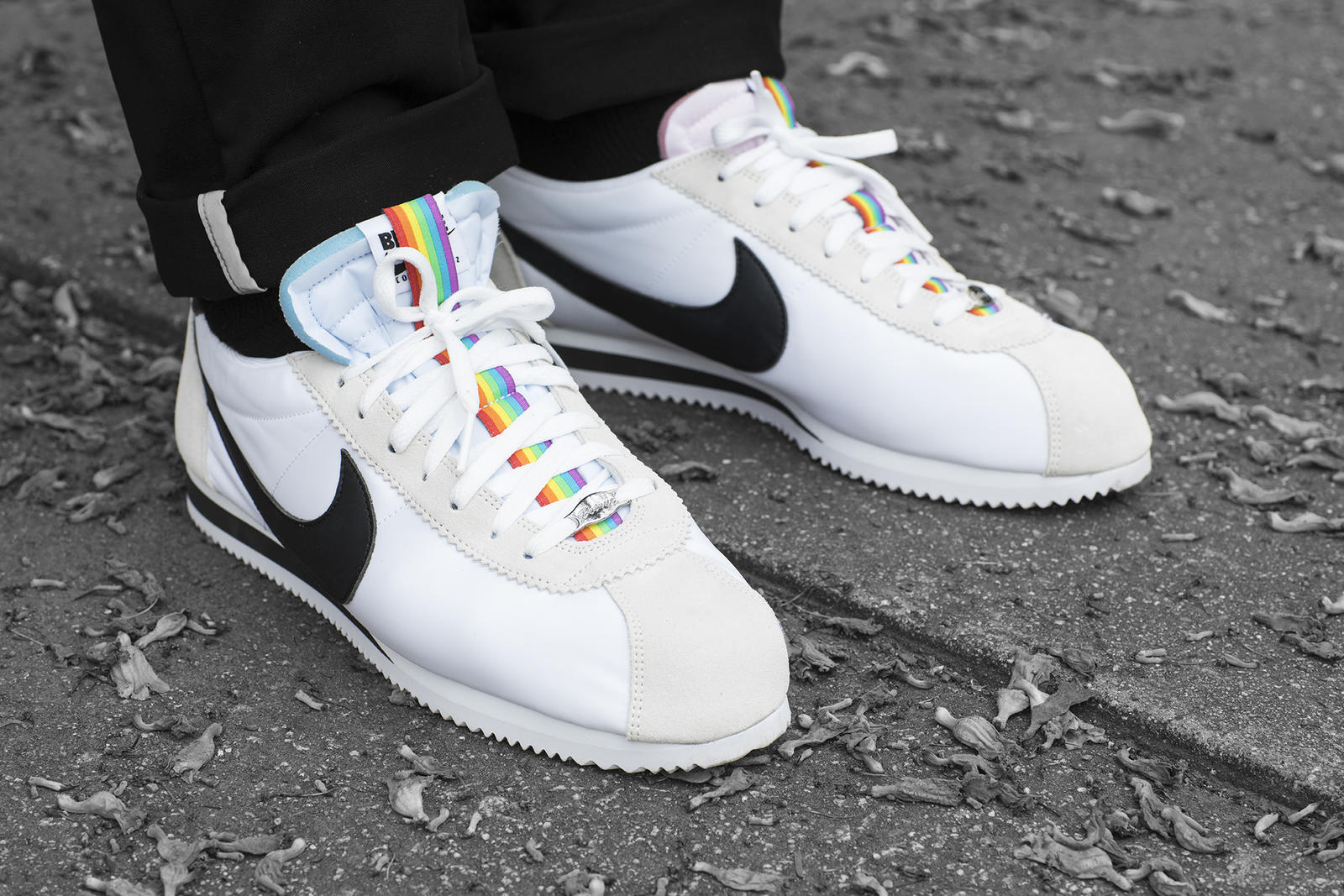 BA: Lacey, you just moved to New York recently, and we didn't really know each other very well really before that. It’s so cool to see someone like you who has dedicated her life to skateboarding — to see your level of comfort in who you are, which I think everyone deserves.

I have 11 sisters. I was brought up with all of this appreciation for female energy and love in my life. It makes me so happy to see you be yourself and be open and creative. It really means the world to me.

LB: Thank you. It’s the same way with you, especially after seeing the documentary that you did. I didn’t know you before I saw it, but I was so moved by it. It was so great to move to New York, meet you and have such a true friend right away.

BA: It’s great because we can have a bad day or a good day, but at least we’ve put it all on the table. We can still feel creative and just skate together.