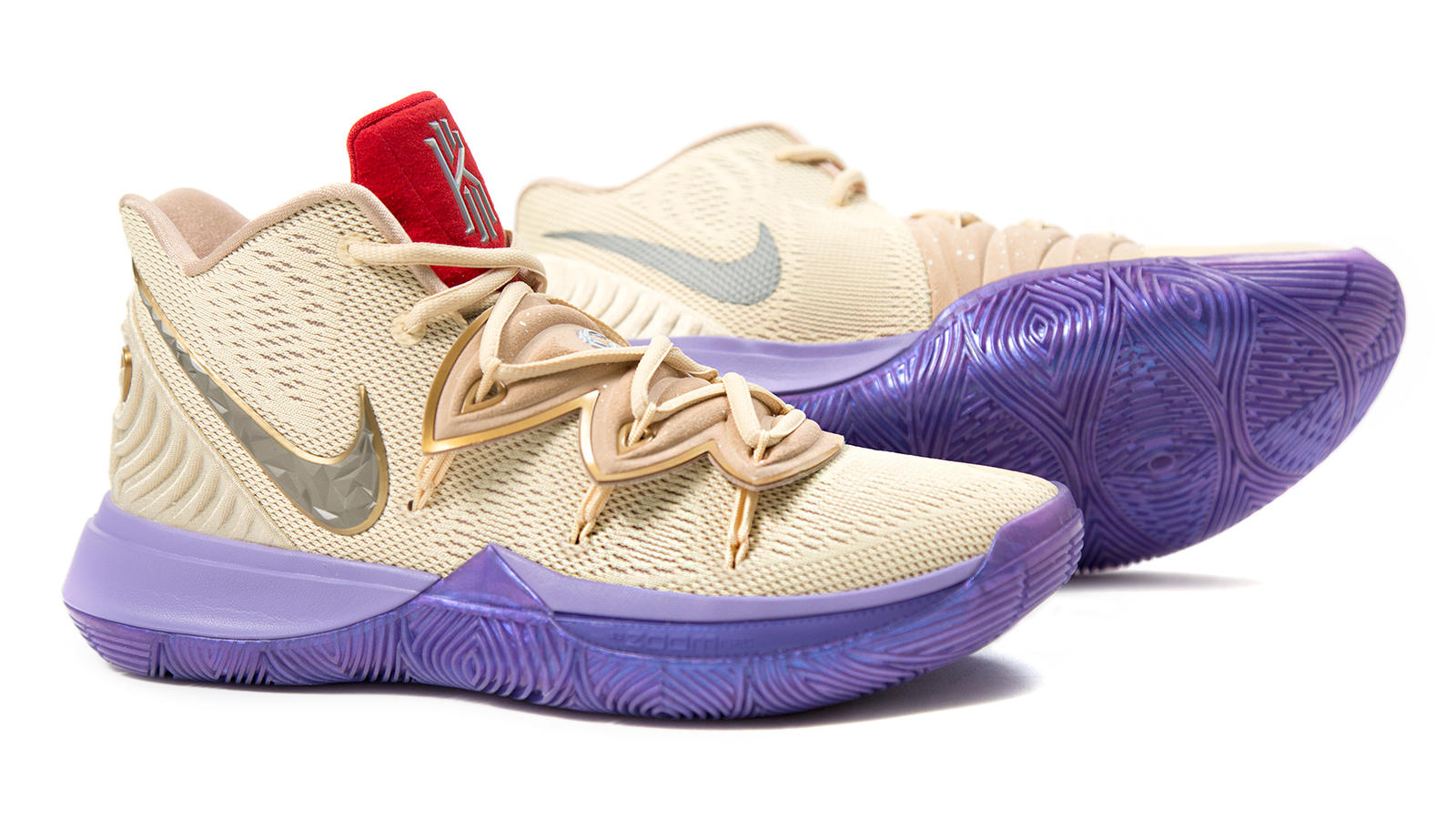 For Concepts Creative Director Deon Point, Kyrie Irving’s latest signature shoe, the KYRIE 5, is proof that “the marriage of technology and aesthetic is a beautiful thing.”

Point recalls being in Paris when he first got the call to work on the KYRIE 5, being awed by the shoe’s design and, moreover, instantly motivated by the opportunity to work with a player who is deeply engaged in sneaker culture.

“With Kyrie being such an amazing basketball player, you'd really think he has no time to do anything else," says Point. "But to see him sit down with the Nike Basketball guys and hash out these details — things I know are painstaking and probably tough to even bring to fruition — is nuts, man." 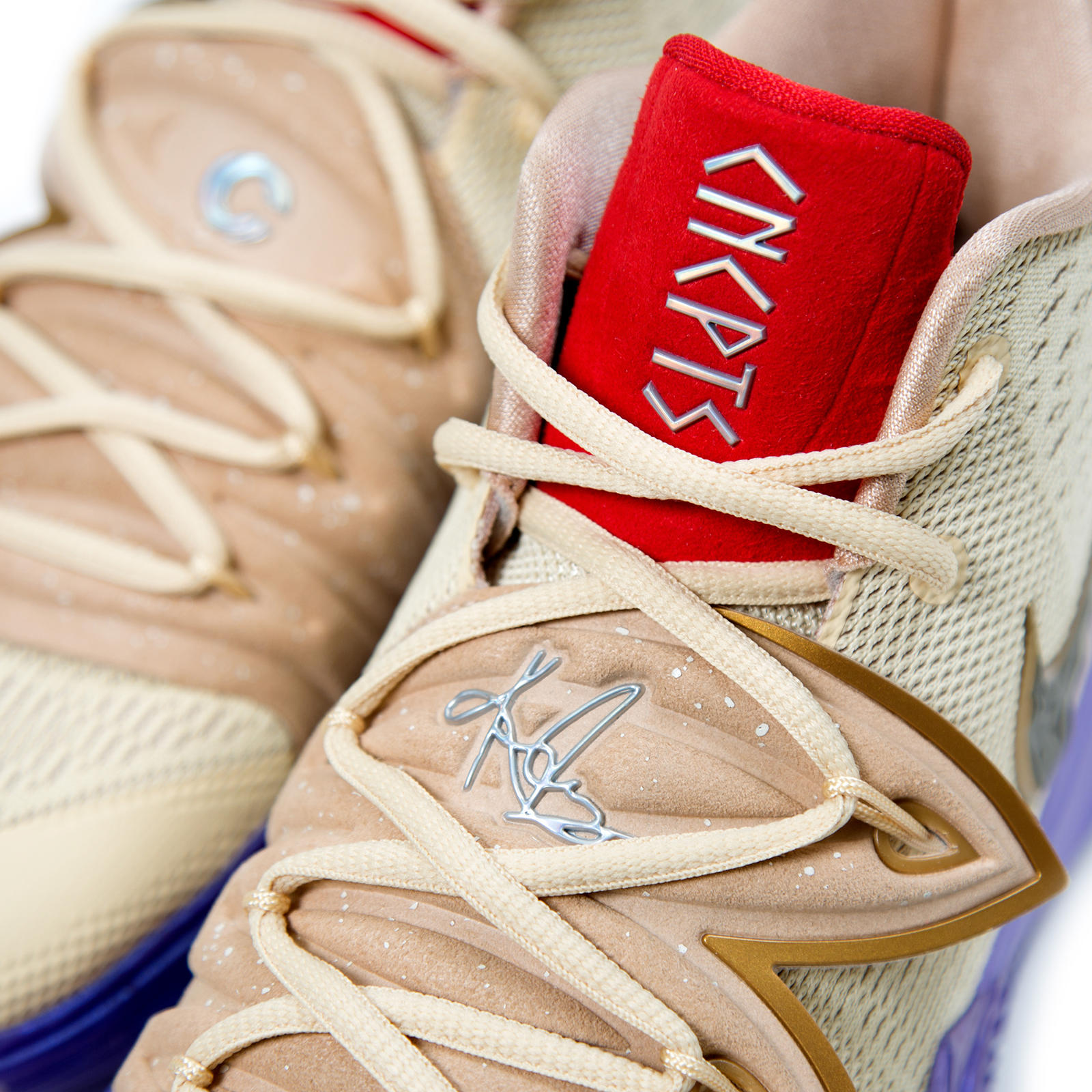 The red tongue references what experts say the Sphinx’s nose looked like prior to its degradation.

The connection between Irving and his new collaborative partners — who have been defining Boston’s streetwear scene since 1996 — held an emotive tie before there was a proximity. Irving’s embrace of Nike SB, past and present, is well known. Prior special-editions of his signature line have paid respect to favored SB colorways, and last year, Concepts’ famed Lobster motif graced versions of the KYRIE 4.

“These guys are unbelievable creatives. What I love is that Concepts has always identified specific cultural touchpoints and pushed things that make them their own,” says Irving.

With Irving, the Concepts idea draws from the all-seeing eye within the athlete’s Hamsa hand tattoo. Rather than replicate it (given that the tattoo is a major theme of the KYRIE 5 heel counter and box), Point decided to dig into the history of Egypt’s ancient pyramids. “I found out the mortar used remains a mystery to scientists — they still can't figure how it stuck together, but it's some of the strongest stuff ever made. I learned that the limestone glowing in the sun made the pyramids glow brighter than a diamond. And one thing that really got me: there was a 20-ton door on one of the pyramids that was so precise, you can’t squeeze a credit card through the seams — but it can be opened with one hand,” he says.

What I love is that Concepts has always identified specific cultural touchpoints and pushed things that make them their own.

These facts, figures and myths combine in the Concepts x KYRIE 5 Ikhet to form an intriguing play of color and modeling. They give dimension to the shoe’s distinctive flytrap lacing, which is imbued with the type of nuances Point and team are known for.

“It's a great collaboration with great people behind it who are thinking outside of the box. That's what you need sometimes in order to create great things," says Irving. "Just having a shoe with Concepts is awesome. People are like, ‘Wait. This is a rare Nike shoe?’ You're damn right it is.” 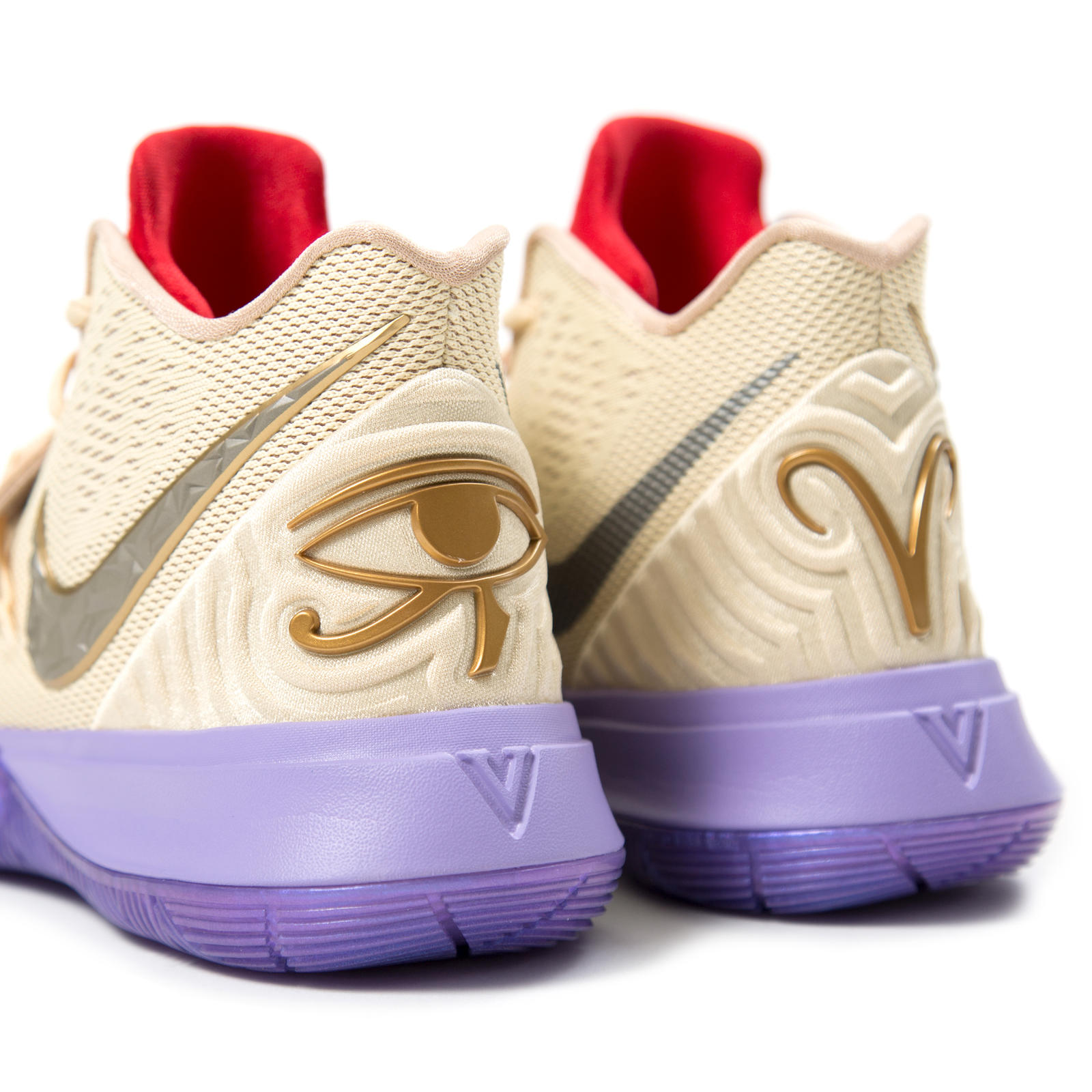 The purple sole captures the color of the sunset against the pyramids.

For Concepts, the shoe represents a merging of brand ethos and civic pride. “To us, nothing is more exciting than the Boston Celtics," says Point. "I used to sit outside the Garden listening to games on the radio, just wishing I could score a ticket to get in when they were dominating throughout the '80s. Being able to work with someone as talented as Kyrie is not only a dream come true, but to have him be in a Celtics uniform while we're doing it — it's mind-blowing.”