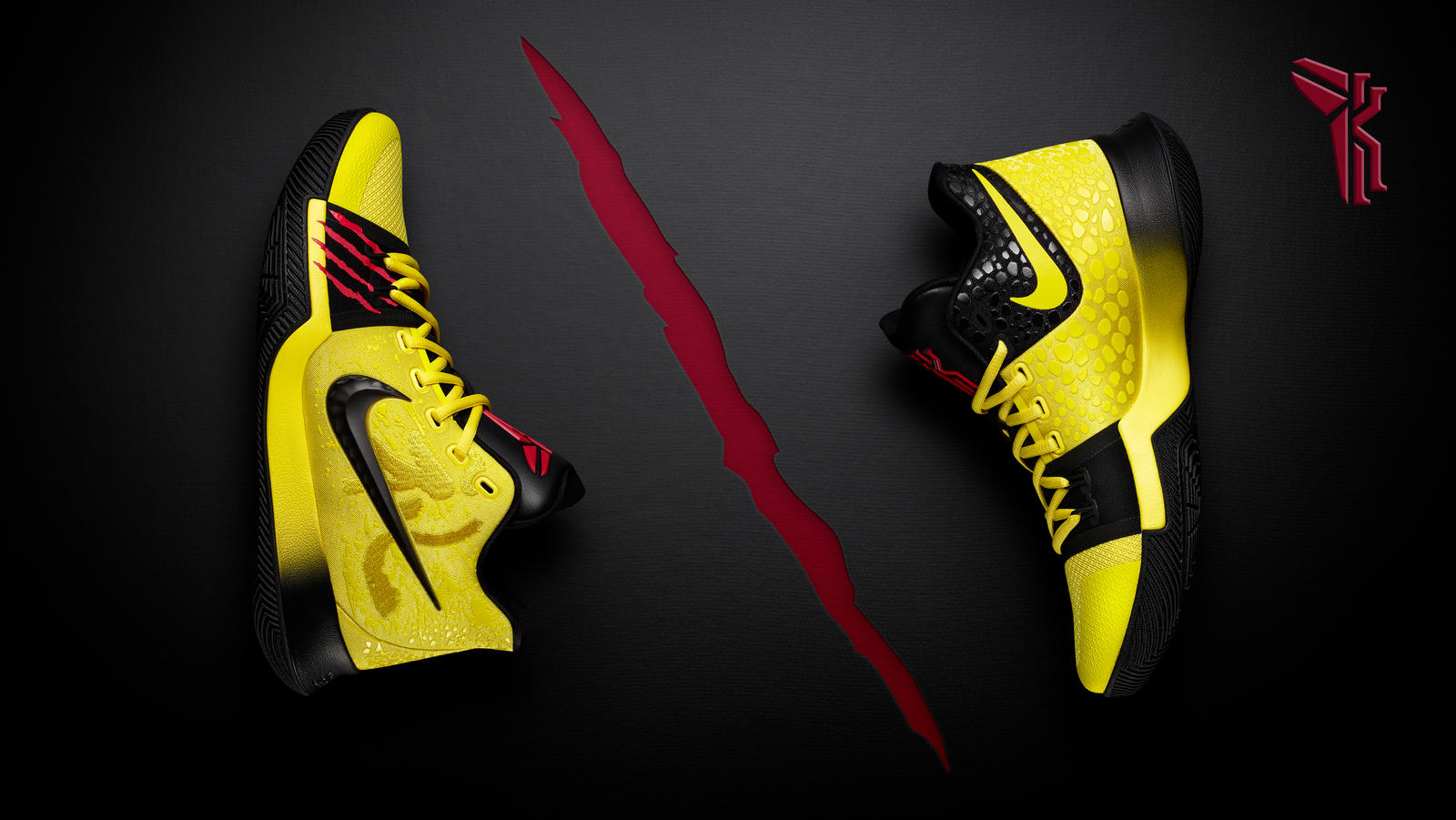 At first thought, Kobe Bryant and Kyrie Irving have little in common with Bruce Lee. However, the basketball and martial arts stars do share striking personal and philosophical similarities.

Wisdom, focus and individuality bond them. Specifically, Bryant and Irving are inspired by Lee’s famous words, “Always be yourself. Express yourself. Have faith in yourself.”

Irving is intimately aware of this connection, and first expressed it when he was 17 while playing in the Nike Extravaganza in California. He channeled his inner mamba by wearing a special Kobe 5 that was inspired by the late martial artist, actor and philosopher, Lee. Now 25, Irving commemorates that moment and pays tribute to Byrant as mentor and friend with a special edition of the KYRIE 3: the KYRIE 3 Mamba Mentality. 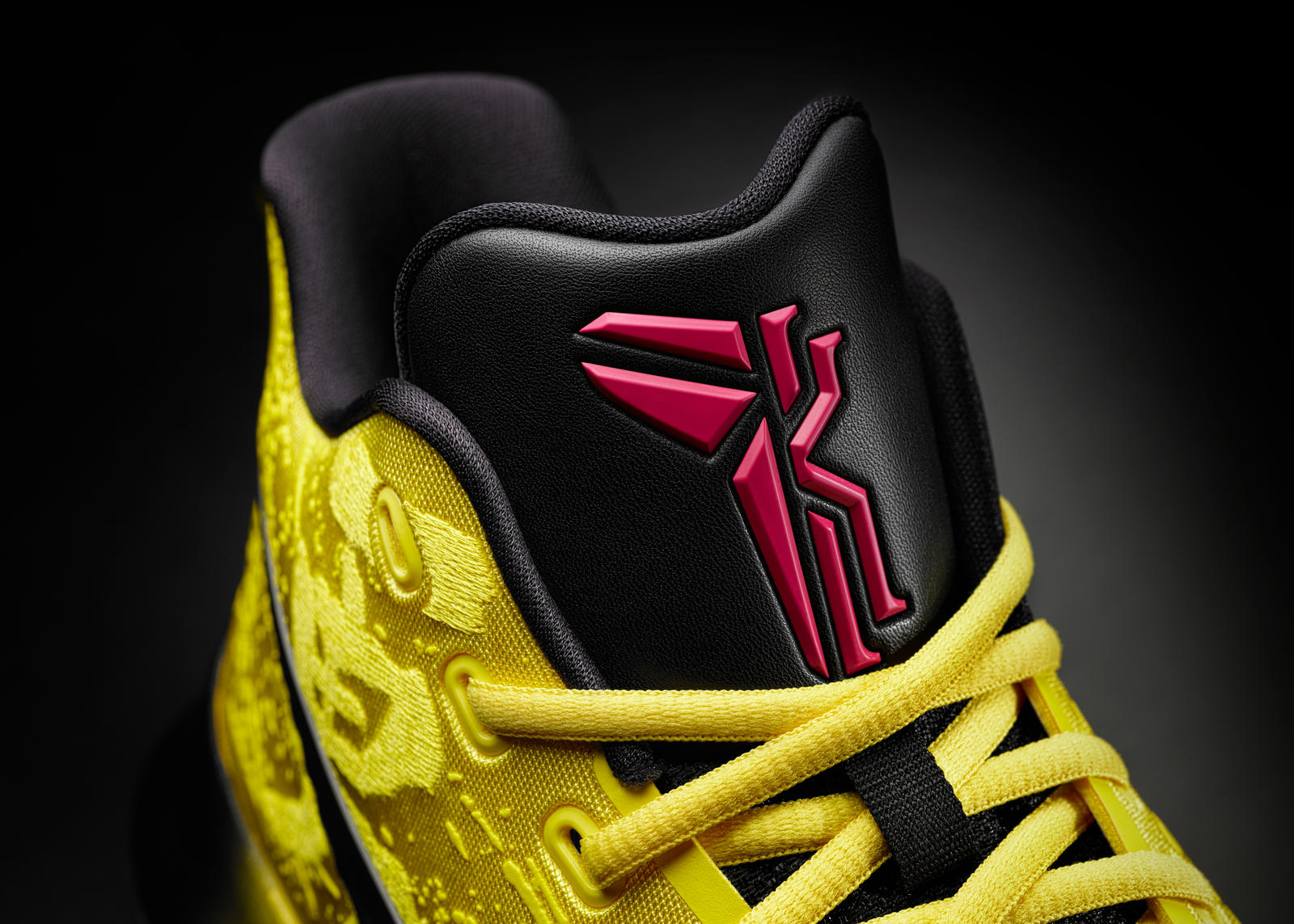 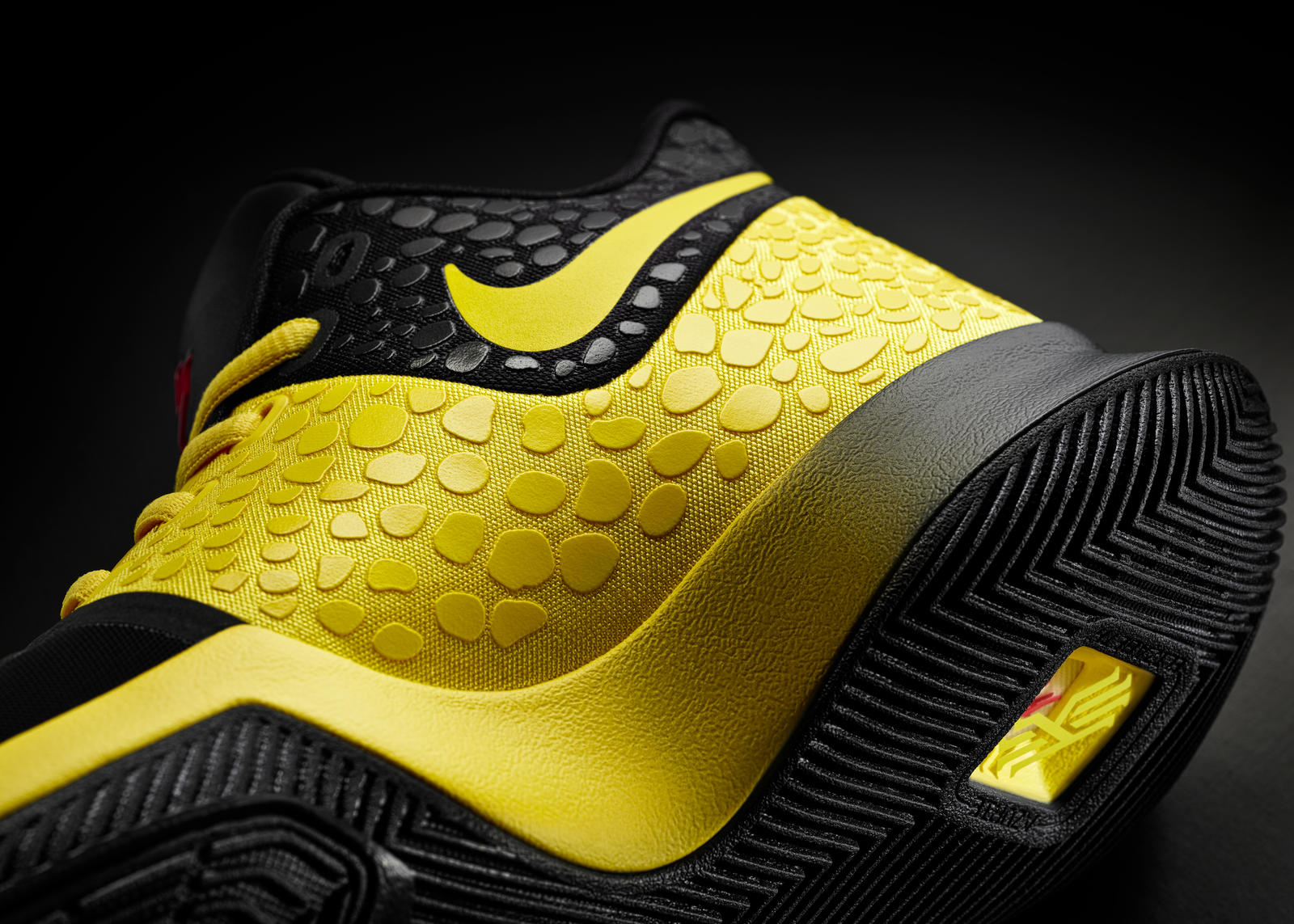 The new KYRIE 3 Mamba Mentality features the following elements that modernize the original KOBE 5, which remains one of Irving’s all-time favorite shoes:
1 The yellow and black contrasted upper pays tribute to Lee’s trademark colors
2 Four red slash marks connect to Lee
3 A snakeskin-inspired medial side represents the black mamba, fading to Samurai on the lateral side for Kyrie - a metaphorical torch passing
4 The new Kyrobe logo fuses Bryant and Irving’s Nike logos into one
5 Samurai textile print on the lateral side is similar to the pattern on the initial KYRIE 3 colorway worn by Irving in a big 2016 Christmas day win 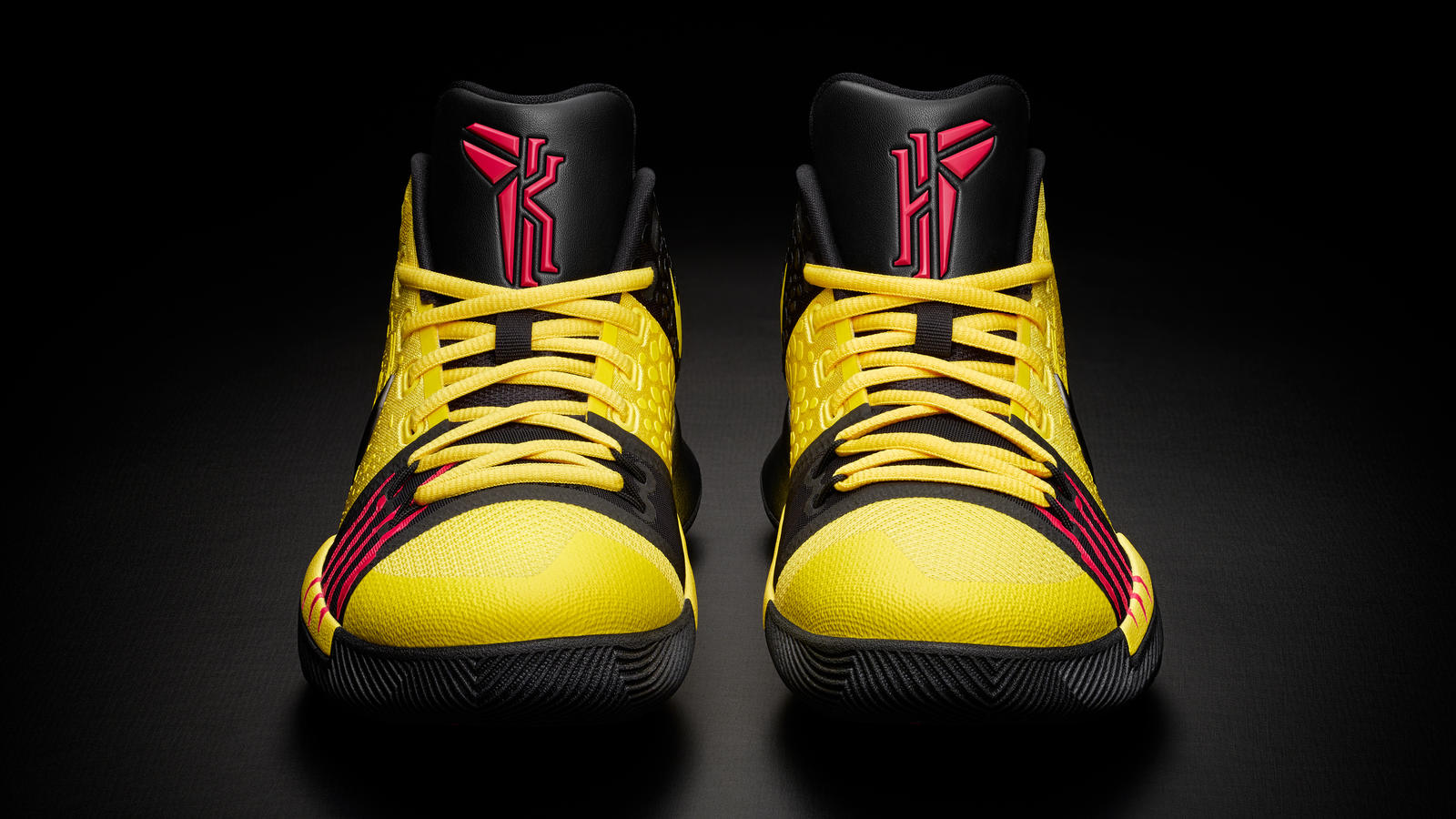