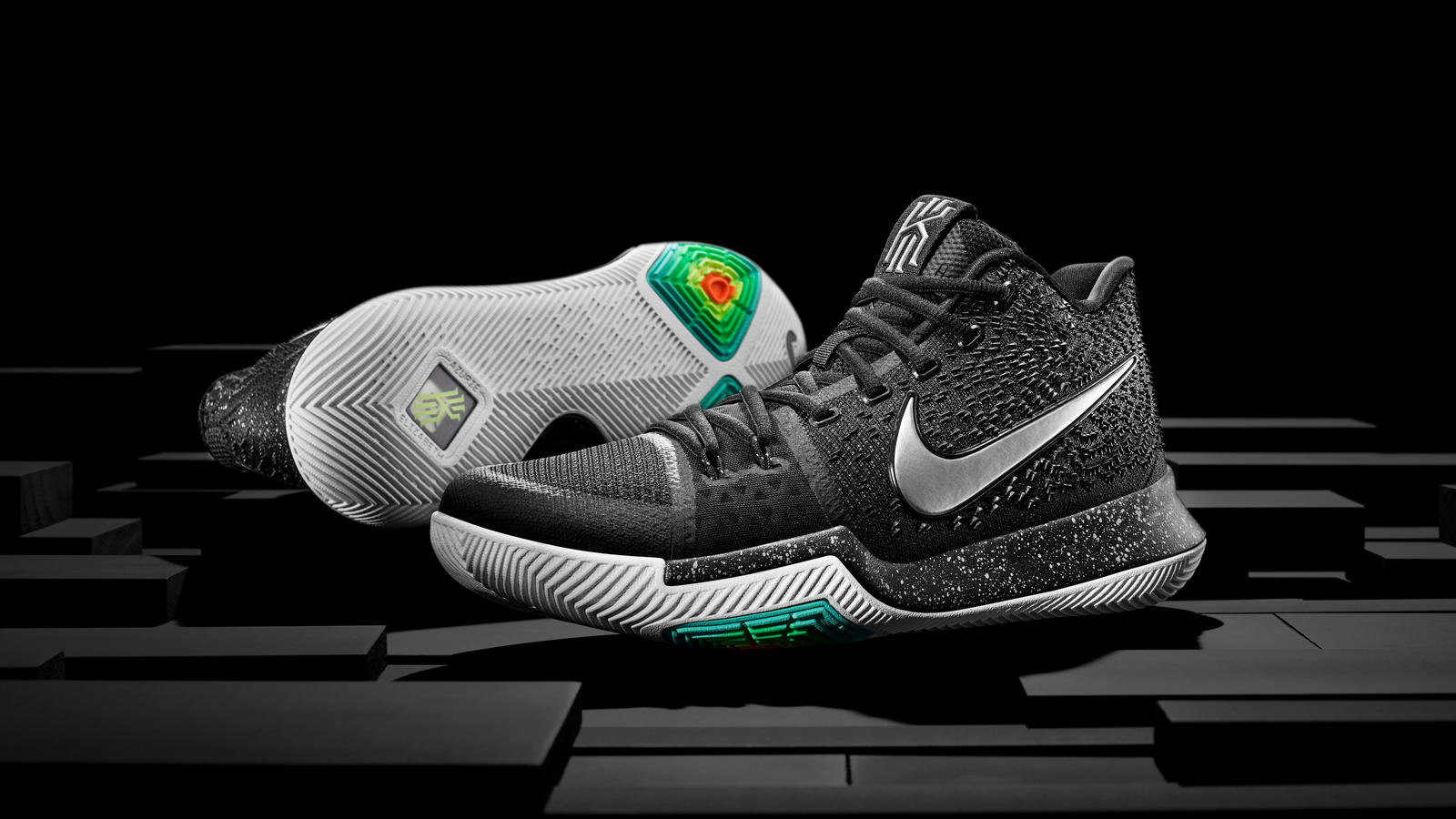 Irving's third signature shoe is tailored to his game 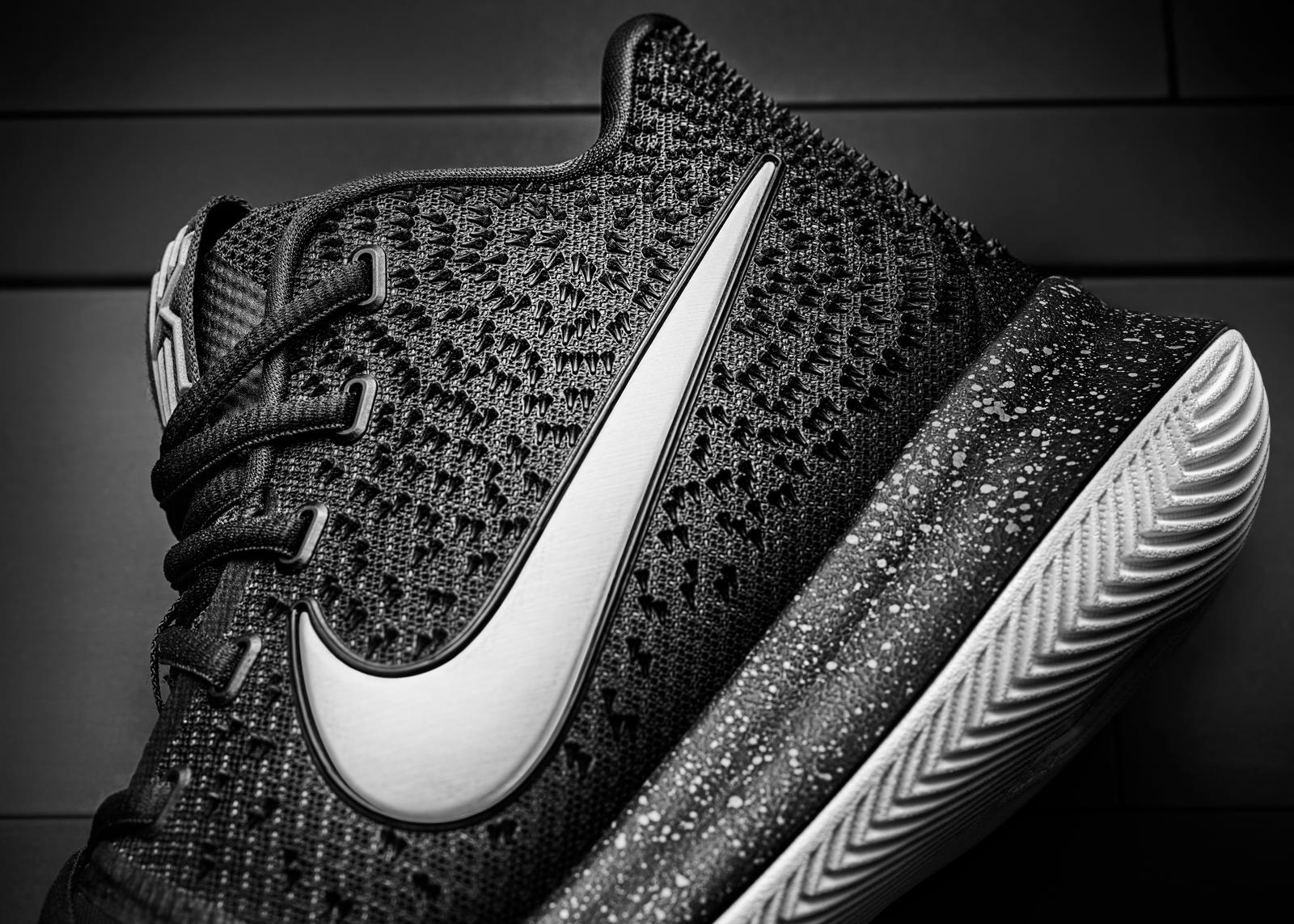 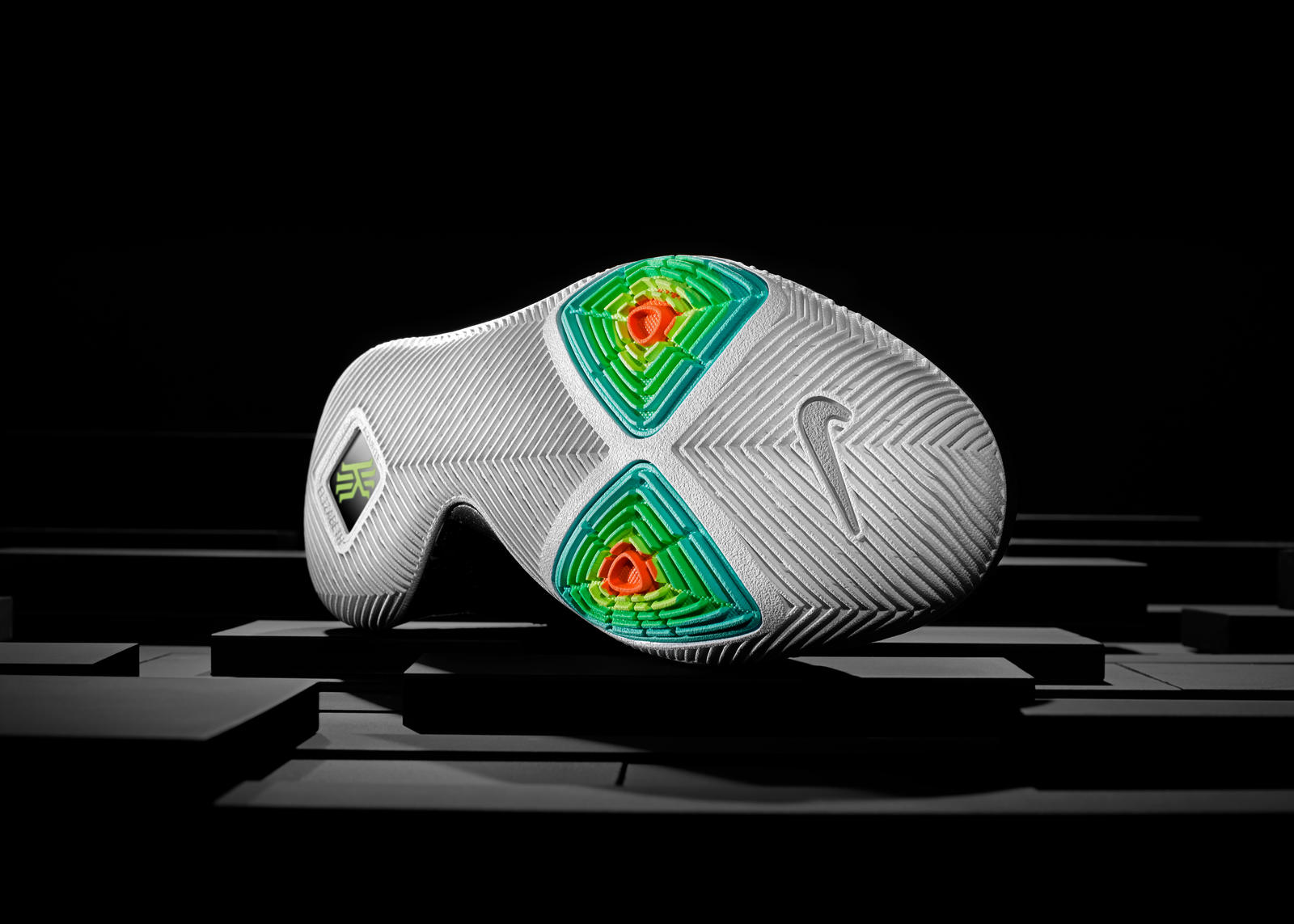 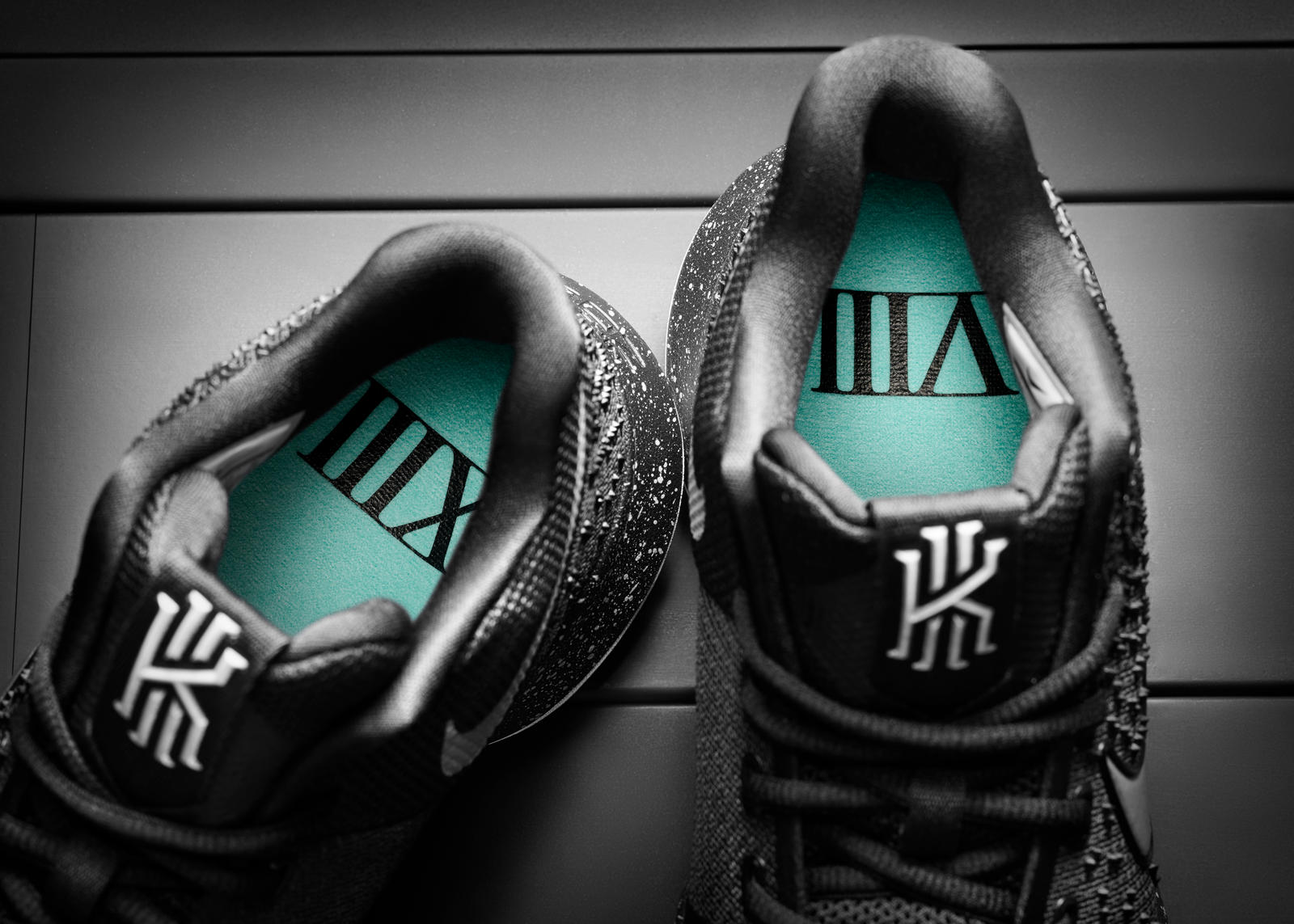 Roman numerals VIII and XIII mimic tattoo’s on Irving’s left and right wrists as a nod to his late mother Elizabeth, who was born August 13 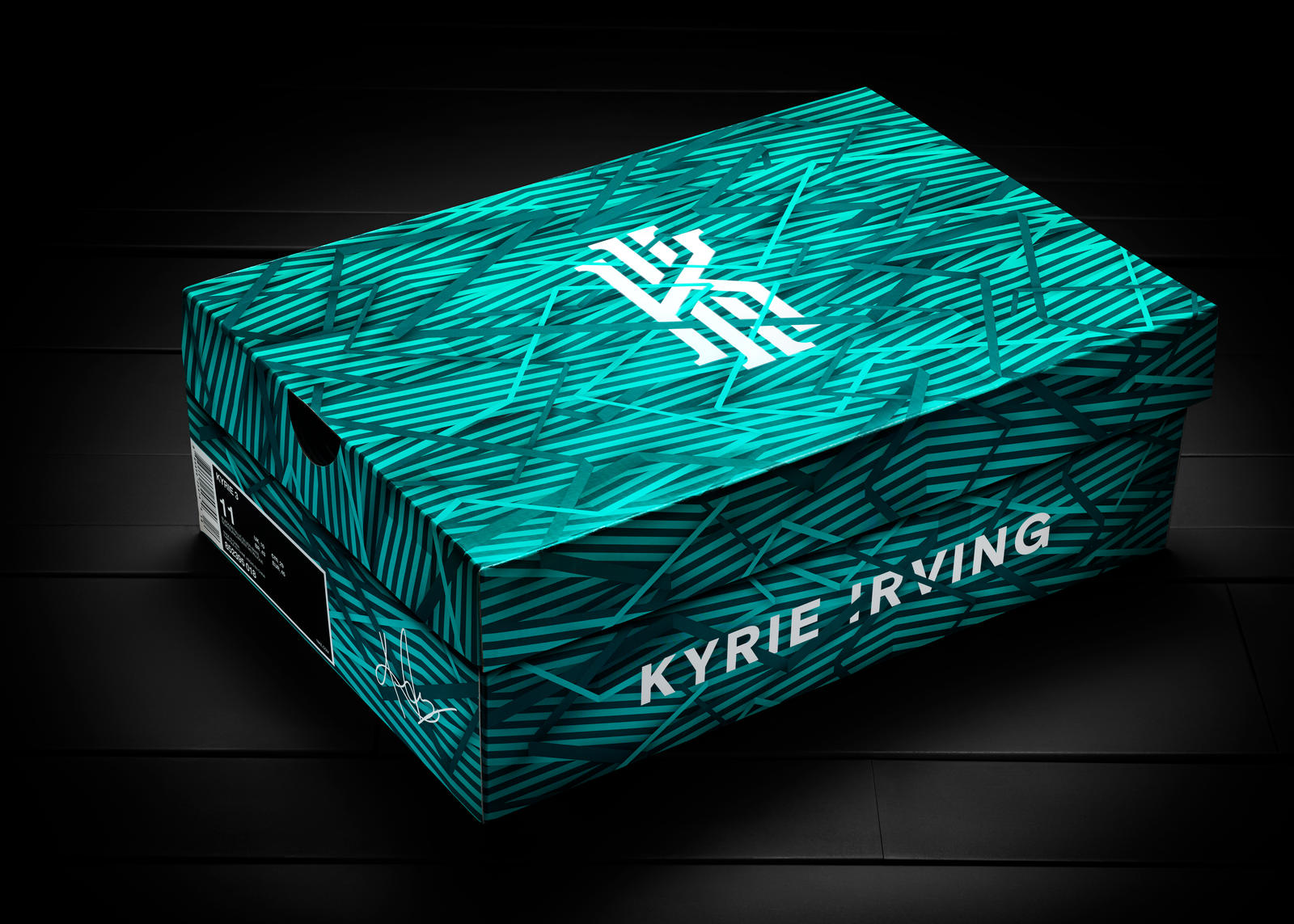 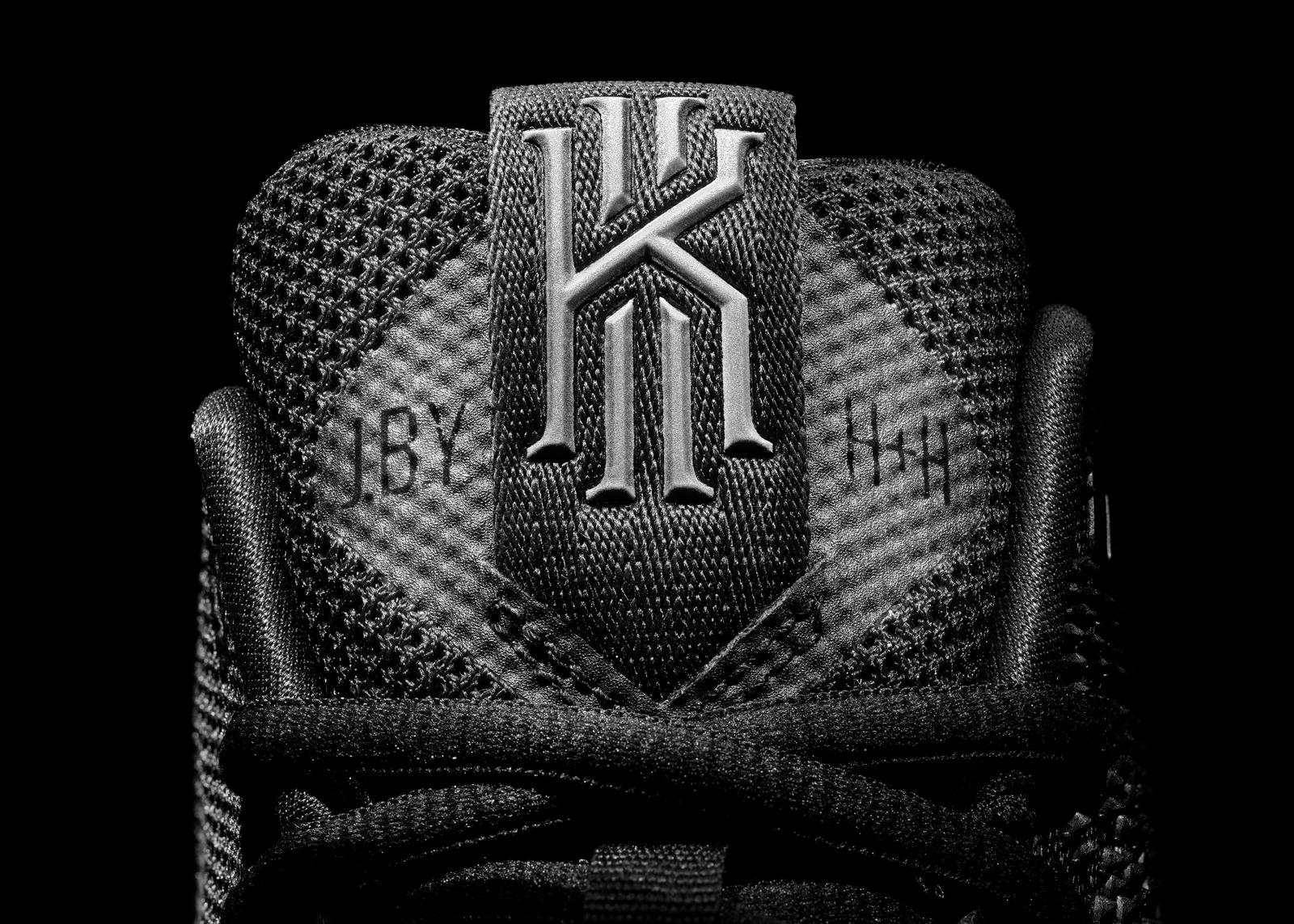 JBY (Just Be You) and H+H (Hungry and Humble) subtly adorn the shoe's tongue, both mottos drive Irving 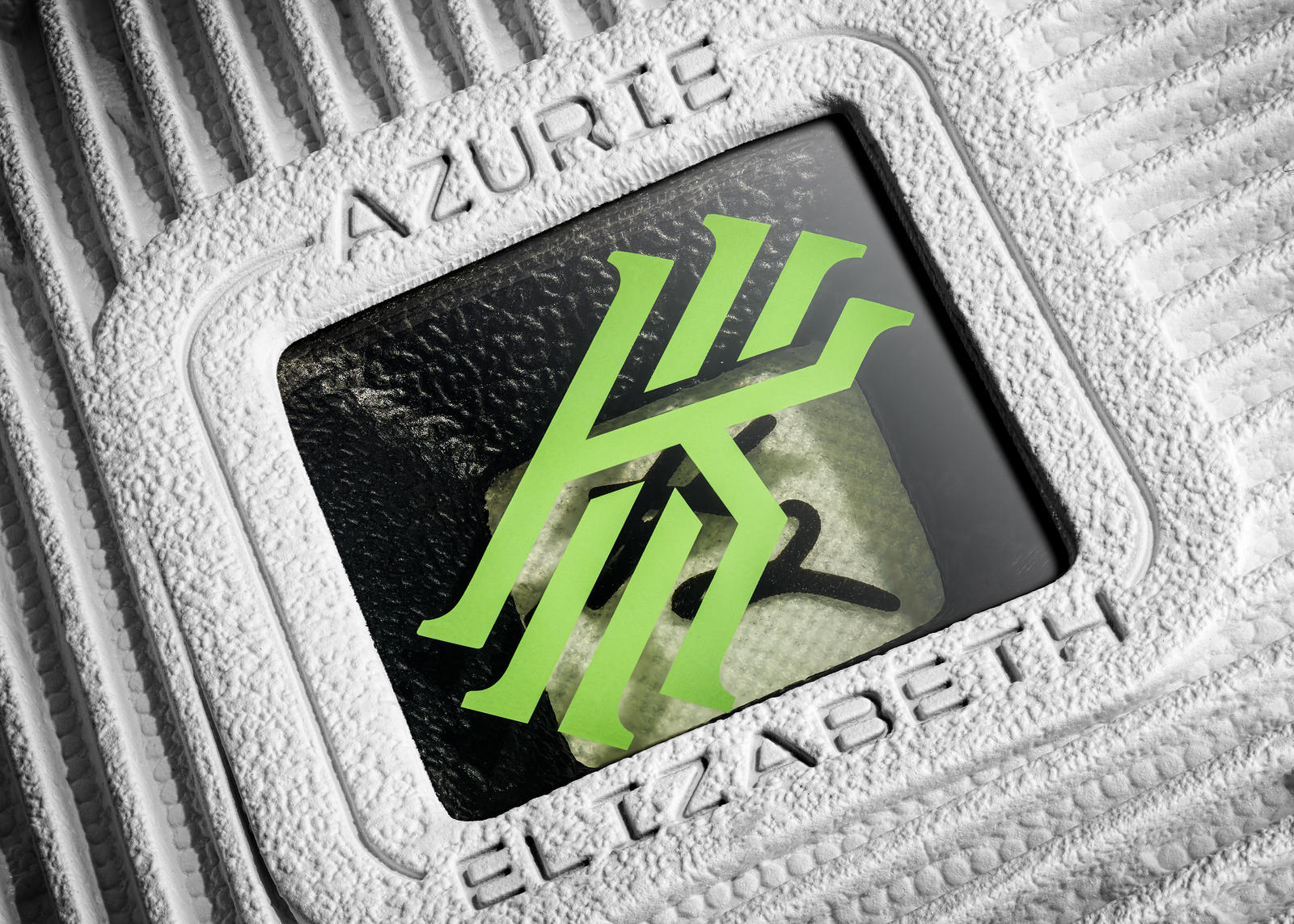 References to his daughter, Azurie, and late mother, Elizabeth, wrap the visible Zoom Air unit in the heel of the shoe

When we think of players with great handles, we think about what they do with their hands. However, it is their feet that often deserve the most credit for a killer crossover or slash through the lane.

Designed for Kyrie Irving’s awe-inspiring agility and speed, the KYRIE 3 advances understanding of court response and traction for quick-cutting basketball players across a variety of positions.

Irving breaks down how the shoe works for him, and what he learned through the design process:

It's a different lace form that allows you to keep your forefoot down and stay locked in. The team at Nike shows me pictures of me on court and my foot is at an unbelievable angle.  I'm crossing over somebody and my body angle and positioning is so abnormal, even when I look at it. I'm kind of amazed, because I'm thinking, all I did was a simple cross over here, but my foot is dang near touching the ground horizontally. I want to have technology in this shoe that is fit for those moments. The shoe is lightweight, comfortable and always keeps me locked down. 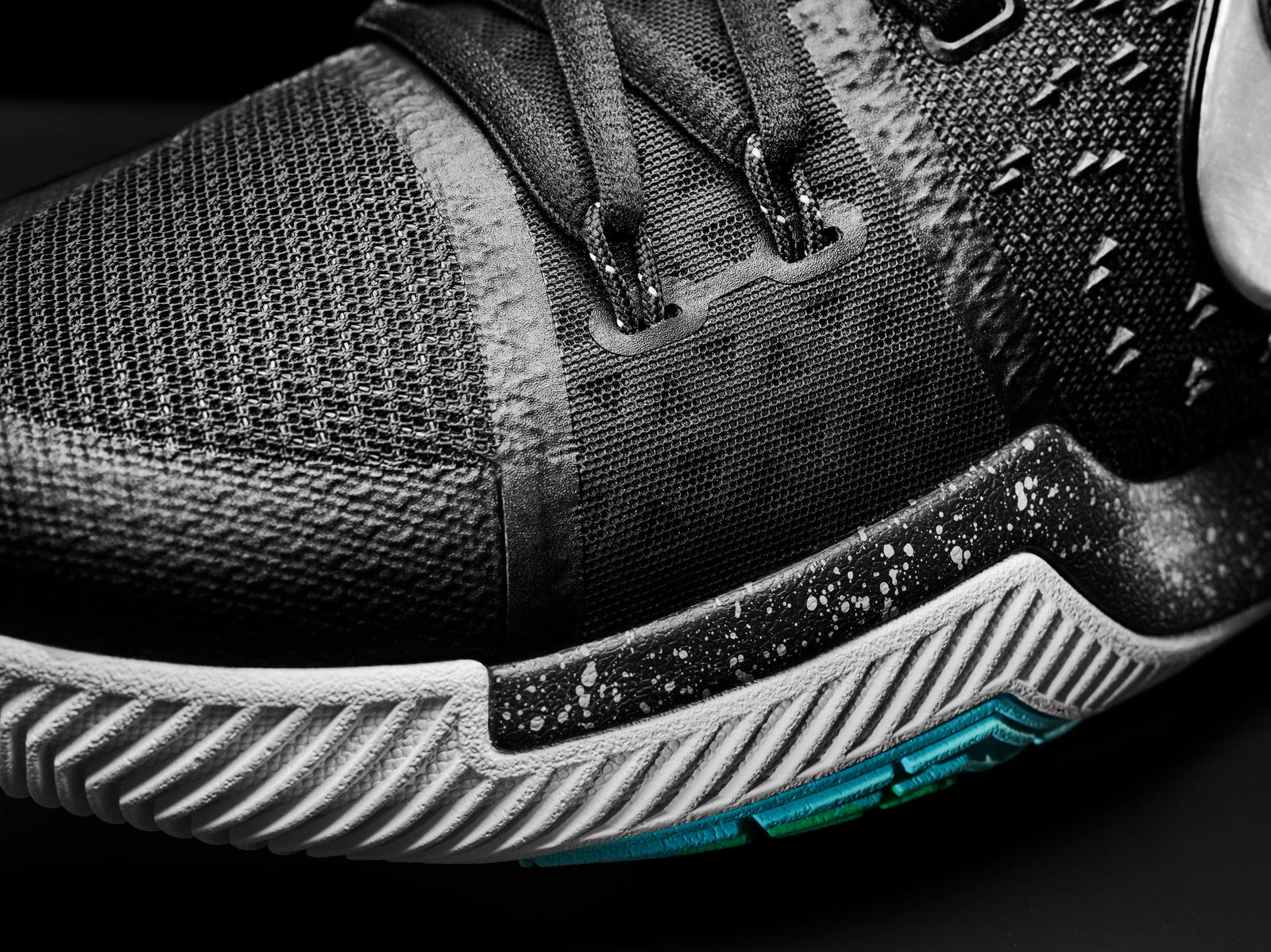 The traction pods are unbelievable. How responsive they are on the floor. Starting and stopping and going and picking up from behind-the-back crossover, and you start and stop on a dime while your defenders shoes are still going forward. That can be the biggest difference. This game is separated by very finite moments where you have to get your shot off. My shoe speaks to that. Being able to stop on a dime and cross over and go another direction, I can't wait for players to try it. 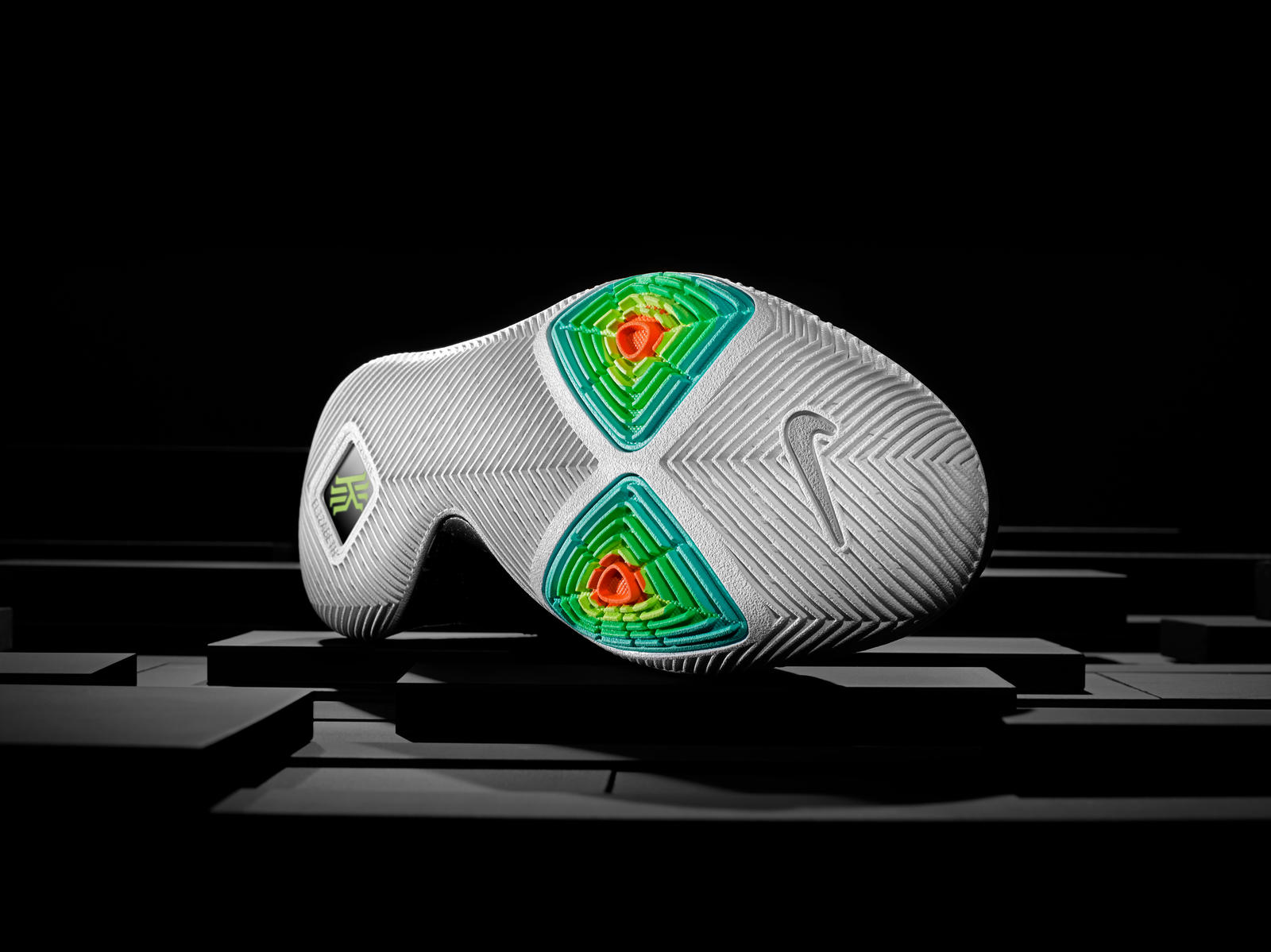 Subtleties of playing style are not all that inspire Irving’s third signature shoe, elements of his personality come through as well —  “JBY” and “H+H” adorn the tongue top. Irving explains why:

JBY, just be you is the motto I live by every single day because I'm happy to be an individual. I celebrate it. I think that everyone should celebrate their individuality. In our culture today, everyone is always wanting to put the other person down for trying something different, or trying something new. As for me, I want it to be celebrated. It's a beautiful thing.

Hungry and humble is something my Dad gave me as a kid that I most likely will give to my daughter, whether she plays sports or not. It's always staying hungry for more and never being satisfied. Acknowledging the present moment, what you've accomplished, and then thinking about what's up ahead and how you'll prepare yourself for that. Then of course the humility part. It's supposed to go unnoticed, your humility. You're supposed to be humble, you're supposed to show respect to other human beings, to anyone. You respect other people's journeys, and also you respect your own.

Additional design subtleties representing elements of Irving’s life come to life on the shoe. Hidden references to Irving’s late mother, Elizabeth include roman numerals VIII and XIII mimicking tattoo’s on Irving’s left and right wrists that are on each sockliner and visible each time he laces up. Its Irving’s family-first philosophy that also pays tribute to his young daughter Azurie on a small frame around the visible Zoom Air unit in the heel. 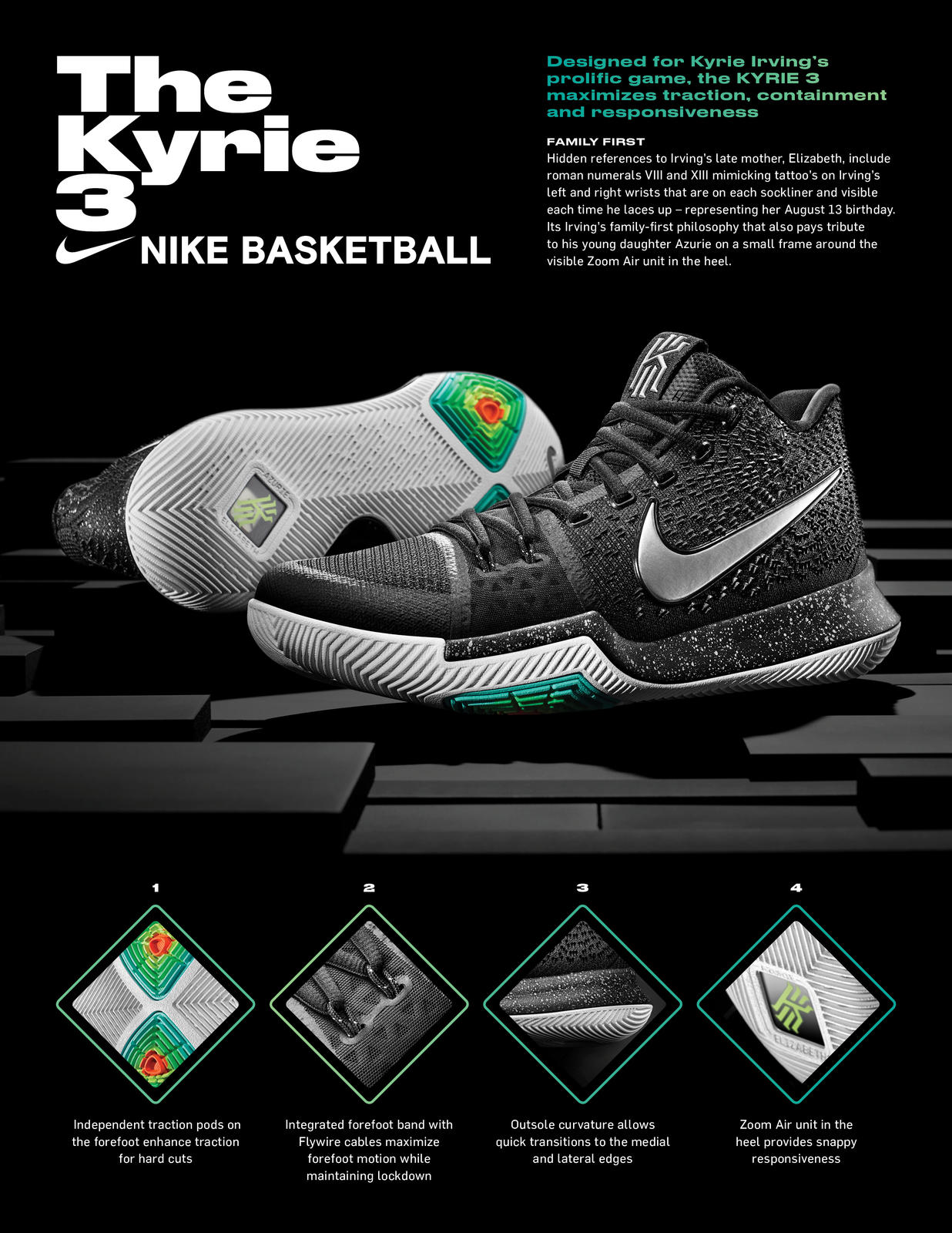 The KYRIE 3 BLK/ICE colorway is available globally now at nike.com and select retailers for a suggested retail price of $120.