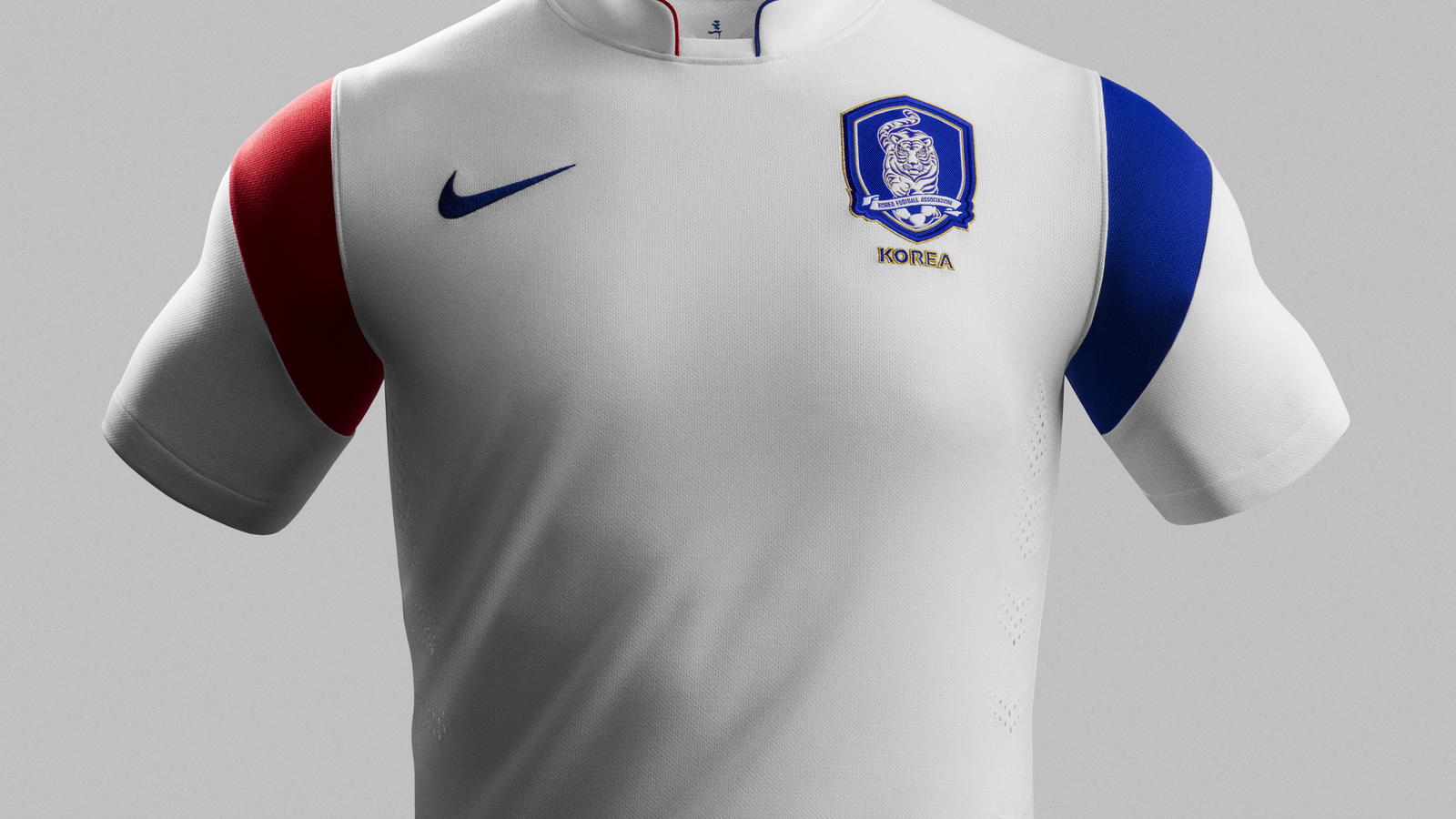 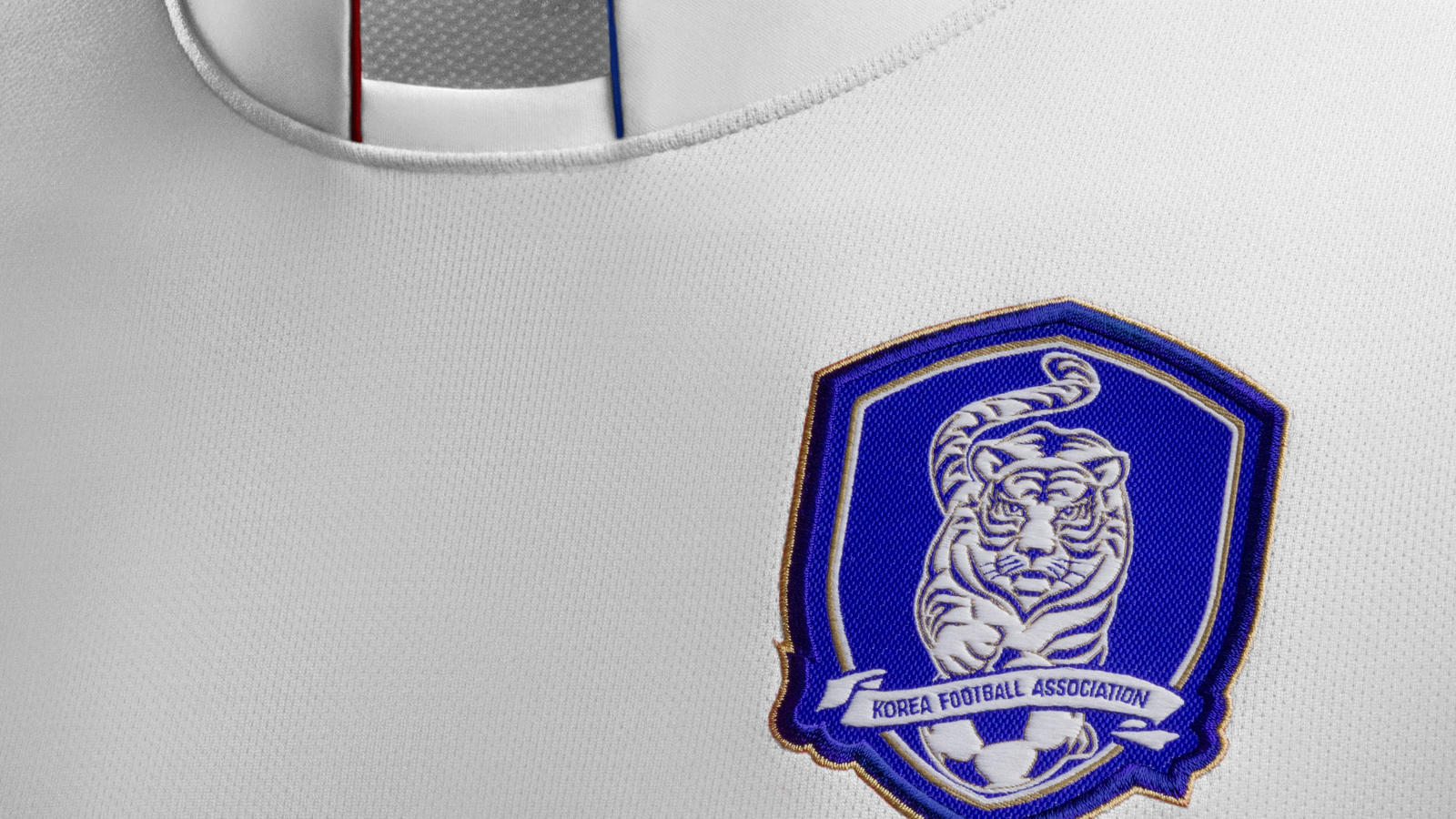 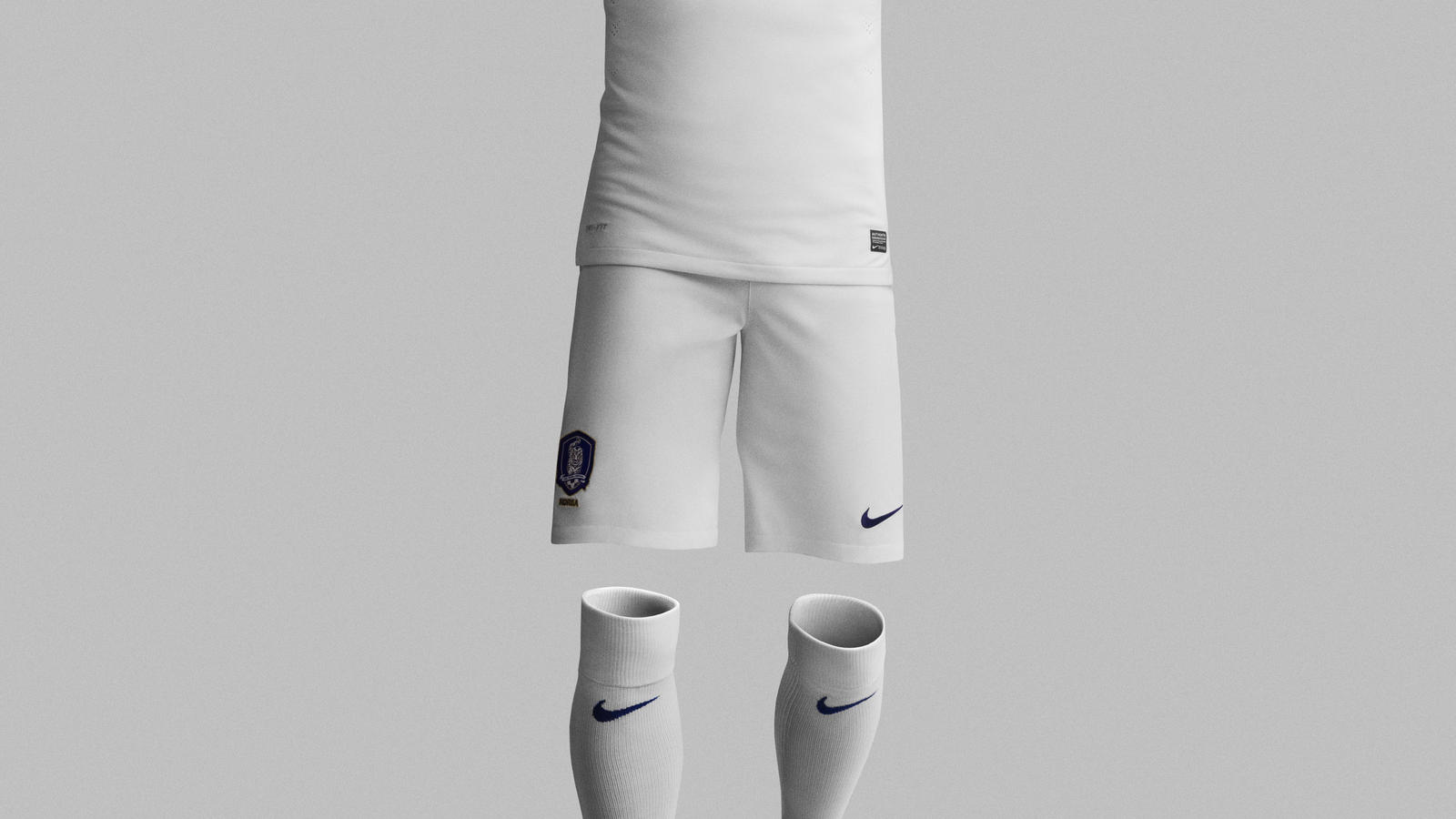 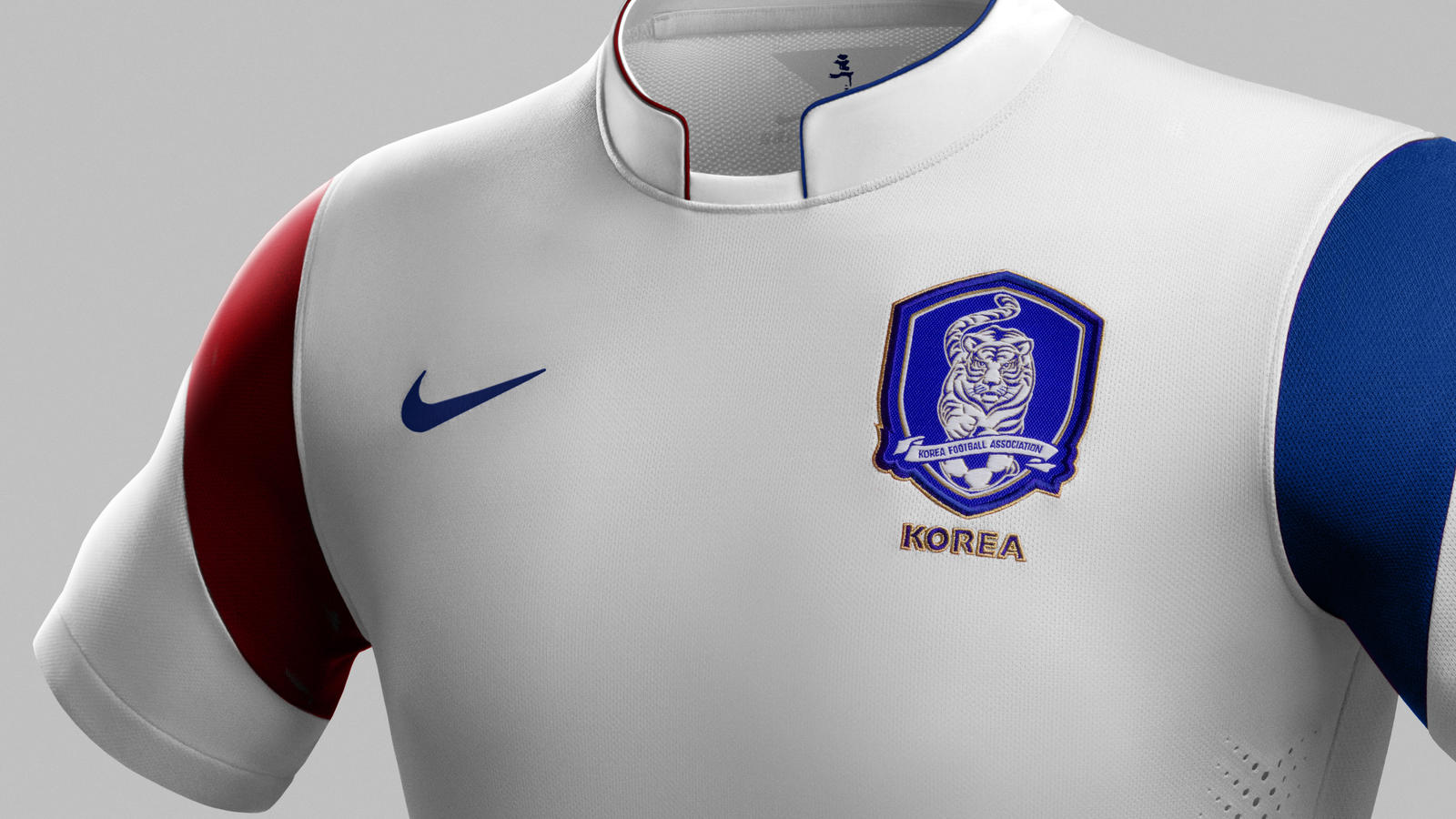 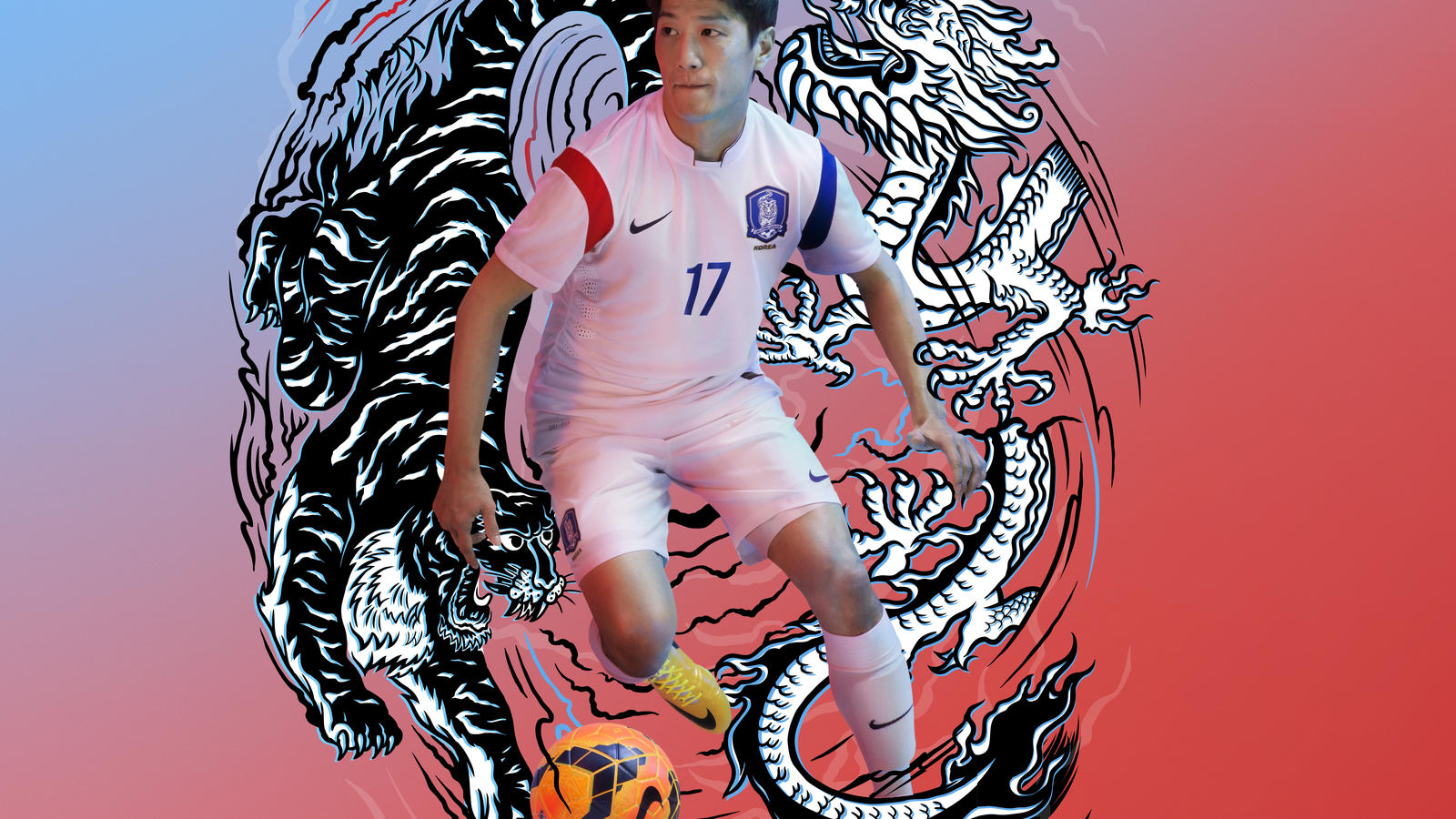 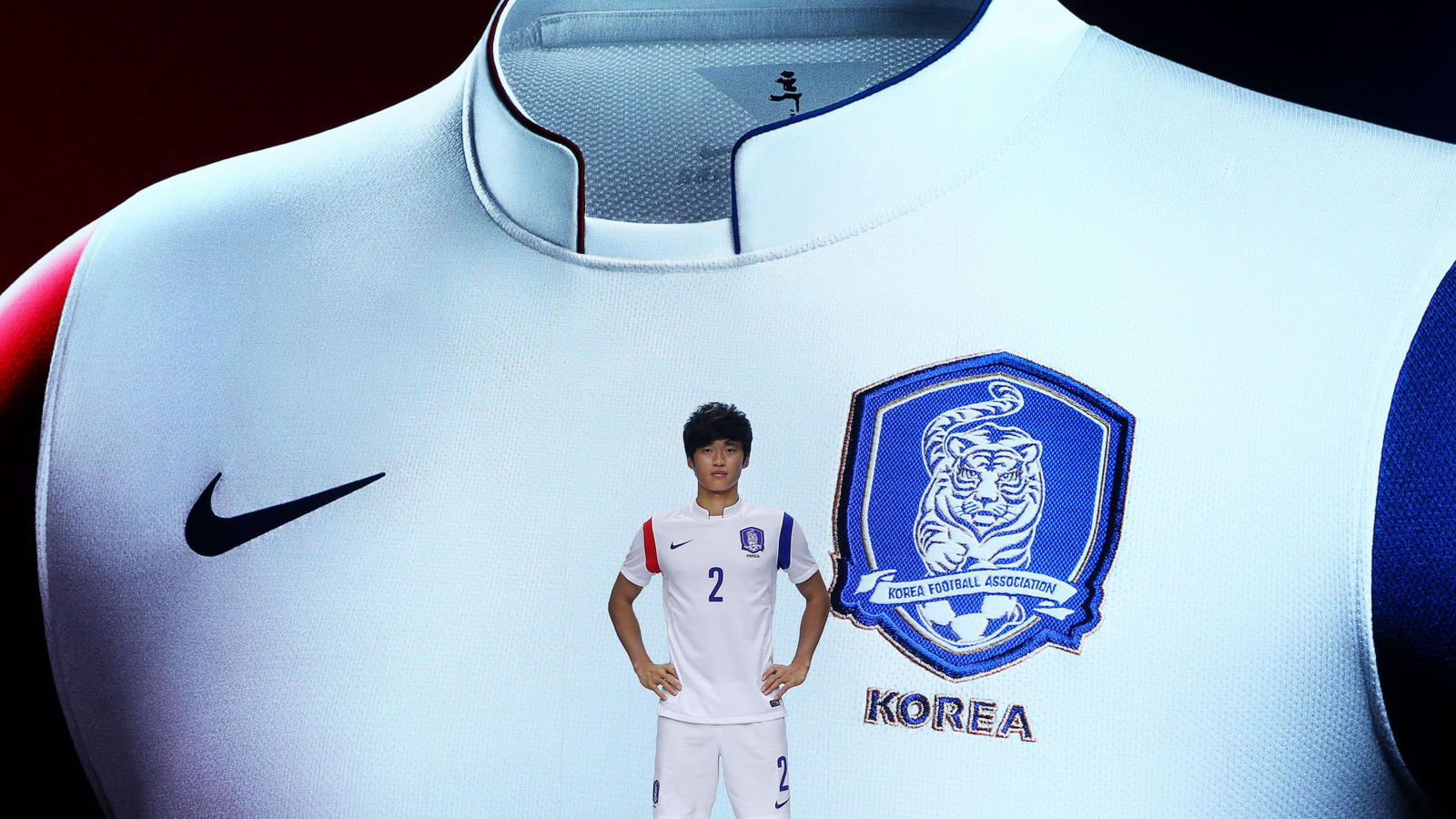 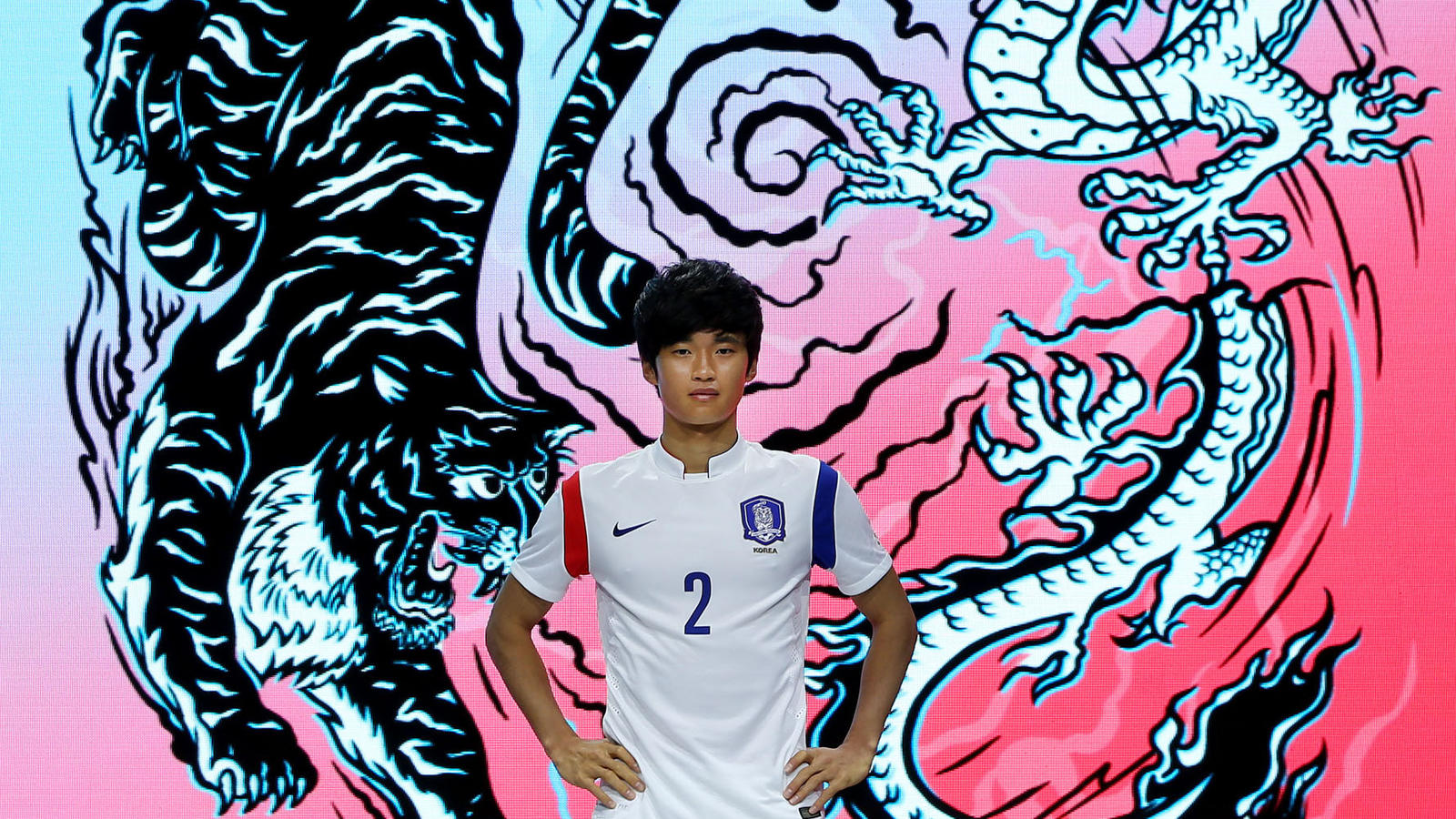 Korea and Nike unveiled the new national away kit for 2014, revealing a design rich in national pride combined with the best in performance innovation.

The new Korea away jersey is a classic white and prominently features the Taegeuk, the yin and yang symbol from the Korean national flag.

The red and blue interlocking shape from the Taegeuk appears at the top of each sleeve, with the right shoulder accented by red detailing, while the left shoulder sports blue details. The shapes give the jersey a modern appearance and match the contours of players’ bodies.

The design team also wanted to give Korea a unique collar, one that has clear Asian influences and draws inspiration from classic Korean attire.

Inside the back of the neck, a pennant tab features a Tuhon symbol in traditional Korean calligraphy that translates as "Fighting Spirit" and represents the inherent qualities of Korean football.

“The clean and crisp white kit, with highlights of red and blue, is visually stunning,” said Korean National Team midfielder ChungYong Lee. “Coupled with performance innovations that cool the body, this kit will play an important role for us in the heat and humidity of Brasil this summer."

The new away shorts are white, simple and iconic, with a slimmer fit that is tailored to the body. The cut has been specifically designed to aid movement and comfort. The center back of the shorts features Nike’s signature laser vents to further aid in cooling and allow for moisture management. The new away socks are also white.