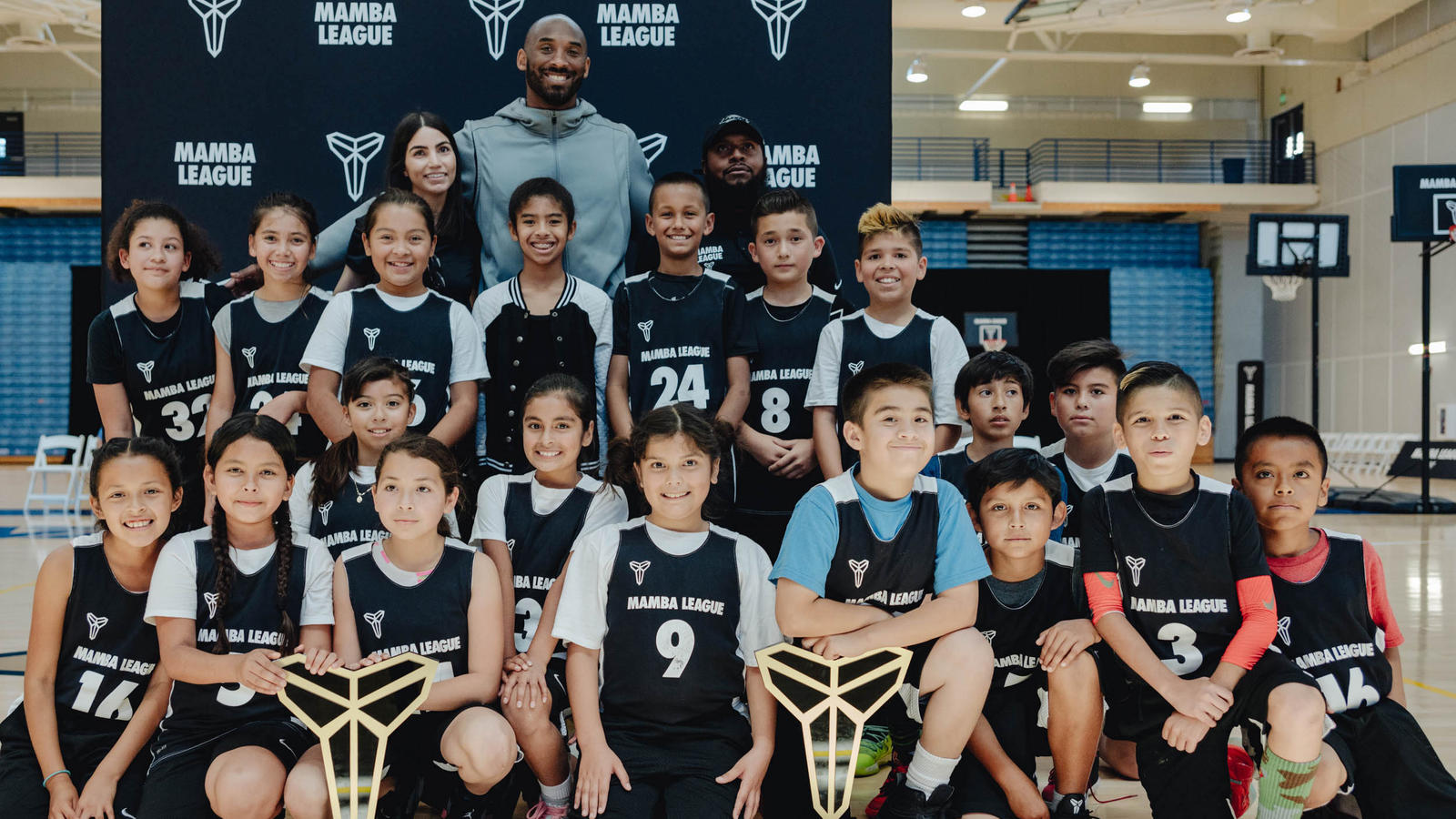 On an early evening in March, the Venice Boys & Girls Club gym is buzzing. Little girls of all shapes and sizes are running up and down the basketball court, implementing the passing drills and defensive techniques their coaches are communicating to them from the sidelines. While the atmosphere should feel competitive — one team will go home with a victory — strangely, it doesn’t. Rather, the Lil Cheetahs and Lil Swooshes, including their parents on the bleachers, are cheering each other on because on this court they’re all winners.

This matchup is part of the Mamba League, a new program led by Kobe Bryant in partnership with Nike and the Boys & Girls Club of Los Angeles. The league, which ran for eight weeks from February through mid April, was created to inspire girls and boys to learn basketball fundamentals and to build self-assuredness through an active, healthy lifestyle.

“This is more than just a competition,” says Bryant, who surprised the players by showing up to watch the Mamba Challenge tournament on April 15. “The league is about empowering players and coaches and seeing kids increase their self-confidence as young leaders both on and off the court.”

The league comprises 40 coaches and 288 players

The Mamba League’s 40 coaches, all volunteer and drawn from local Nike stores as part the Nike Community Ambassador Program and Boys & Girls Club staff, place an emphasis on mentorship. Through a hybrid program from USA Basketball and Up2Us, coaches were trained to communicate the fundamentals of the sport and to build meaningful relationships with participants. This combination of community and collaboration is a hallmark of Kobe’s vision for the league, and it extends to how the players are encouraged to work together.

“This environment of collaboration and communication helped to turn the more skilled players into assistant coaches during practice,” explains Ashley Indick, one of the Mamba League coaches. “For example, when we know a player is good at defense, we encourage them to think about how they can trickle those skills down to their teammates.” 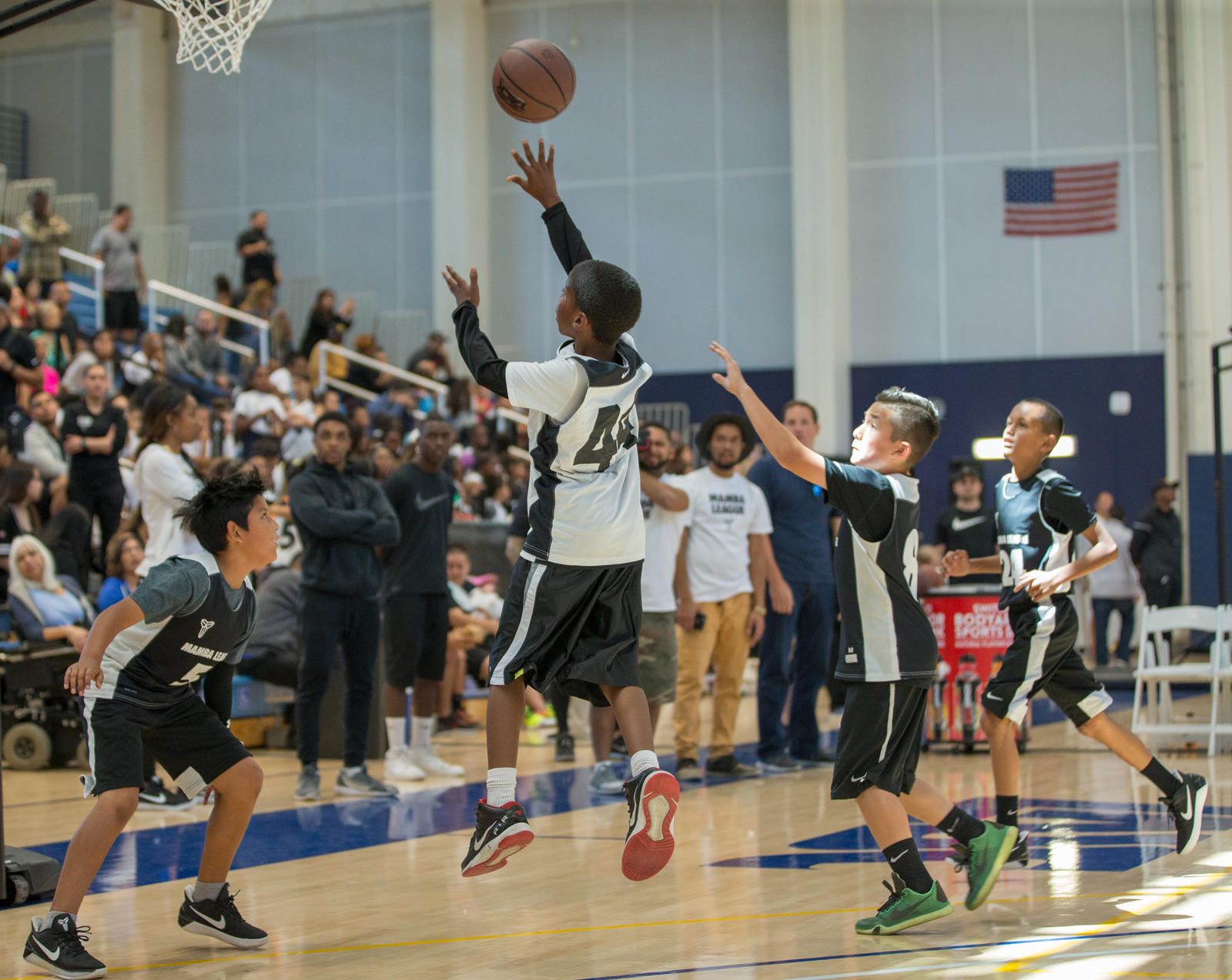 The players learn the fundamentals of basketball and how to work as part of a team.

In effort to proactively encourage girls to participate, female coaches guide the all-girls teams. “Being with their friends and having female coaches inspired more girls to give it a chance,” shares Sean Mulligan of the Venice Boys & Girls Club. That strategy was a strong one, as girls make up 45 percent of the 288-strong Mamba League player rosters. 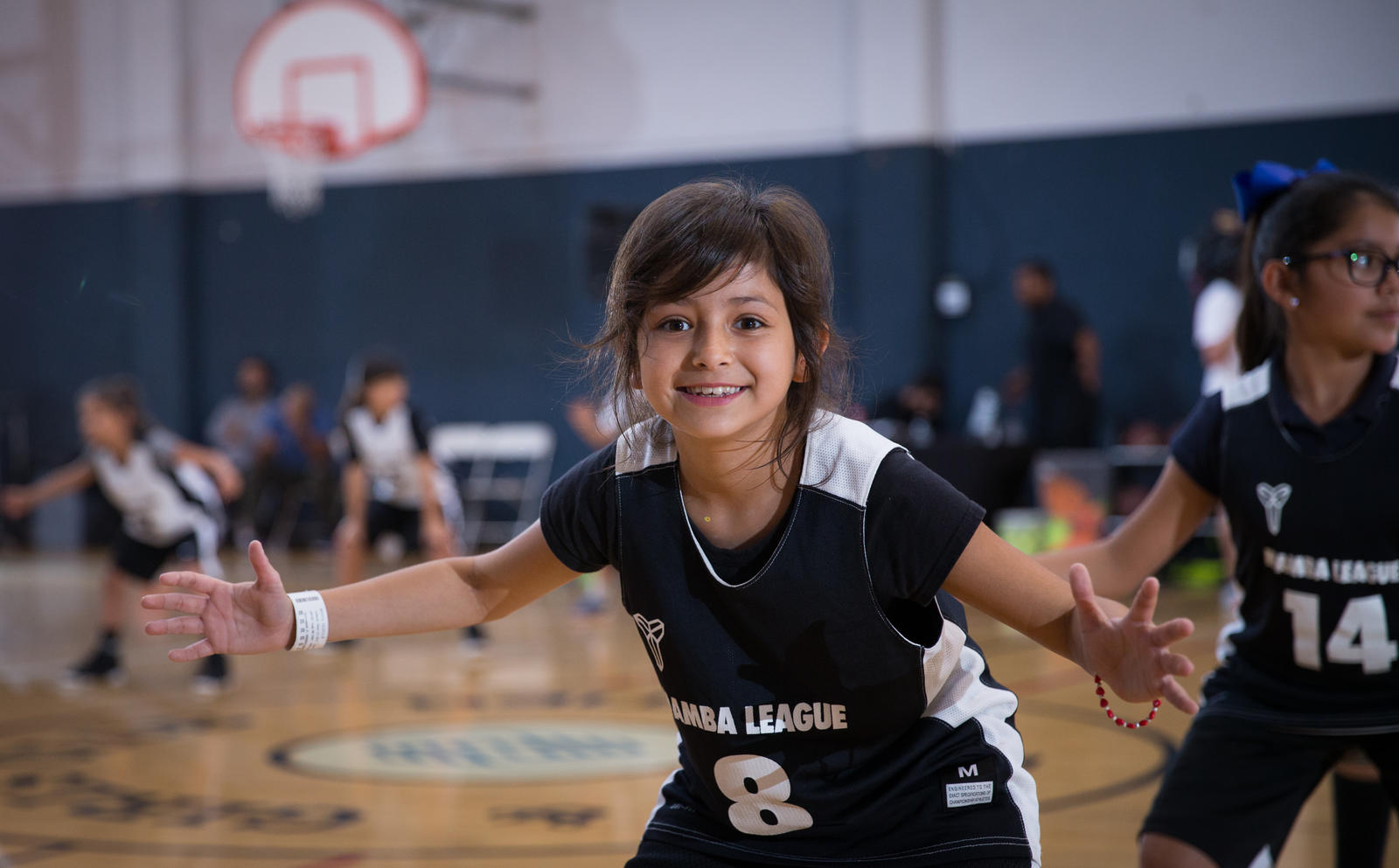 Nearly half of the Mamba League participants are girls.

“I’m usually the only girl playing with all the boys...so I got excited to play with other girls,” confirms one of the league’s young athletes, Noelle Romero, 8. “The more we play, the more we get to learn different skills, not just in basketball, but that could help us with other things.”

This is just one example of how the league empowers through sport. On the court, there is also high inflection on fun and accessibility. Rims are lowered (to nine feet), and the court is scaled down to inspire confidence in the young hoopers — directives straight from Bryant, who didn’t play on a regulation hoop until he was 12.

The inaugural Mamba League concluded April 15 with the Mamba Challenge tournament. It will expand across more sites in 2018.

Learn more about why Kobe wanted to start the league and his insights about learning the fundamentals of basketball here.

Nike believes in the power of sport to move the world and unleash human potential. However, the world is moving less and less, and today's generation of children is the least physically active ever. That’s why Nike works to get kids active early and for life, because active kids are happier, healthier and more successful. Together with its employees, partners, consumers and athletes, Nike also supports important causes that strengthen communities across the globe. Learn more.