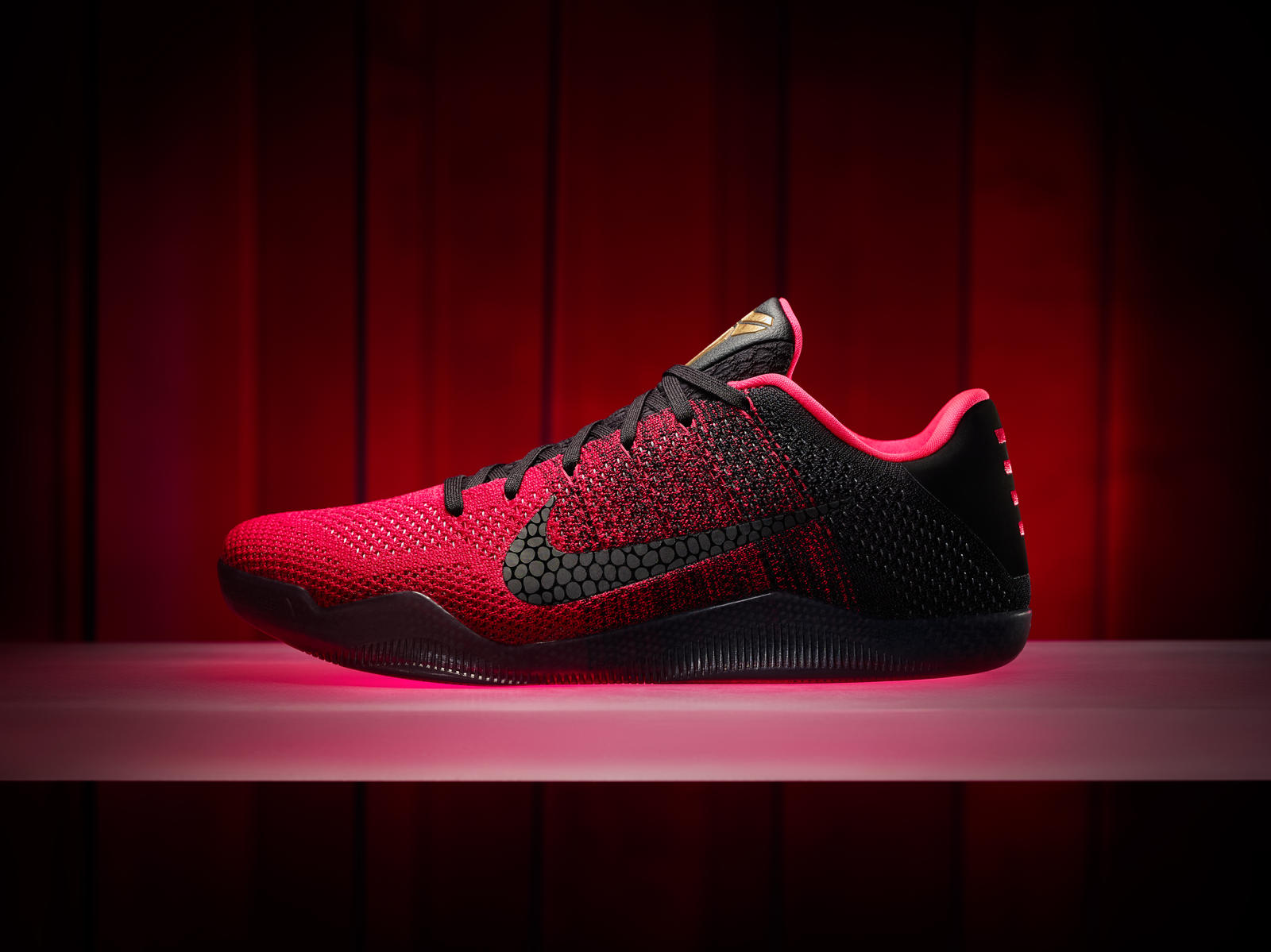 The KOBE 11, defined by its innovative simplicity, will be Bryant's final on-court shoe.

“Throughout my time with Nike, I’ve obsessed the details of my shoes. For the KOBE 11, we worked to perfect Flyknit for basketball,” said 17-time All-Star Kobe Bryant.

At first glance, the low-top and simplified silhouette appears familiar. One could be fooled into believing that they’ve seen this before. Wrong. Look closer. See those pearlescent fibers? Those are thermoplastic polyurethane (TPU) threads, an indication of progression; and, despite their subtlety, an announcement of the arrival of an evolution, a stronger iteration of Nike Flyknit. 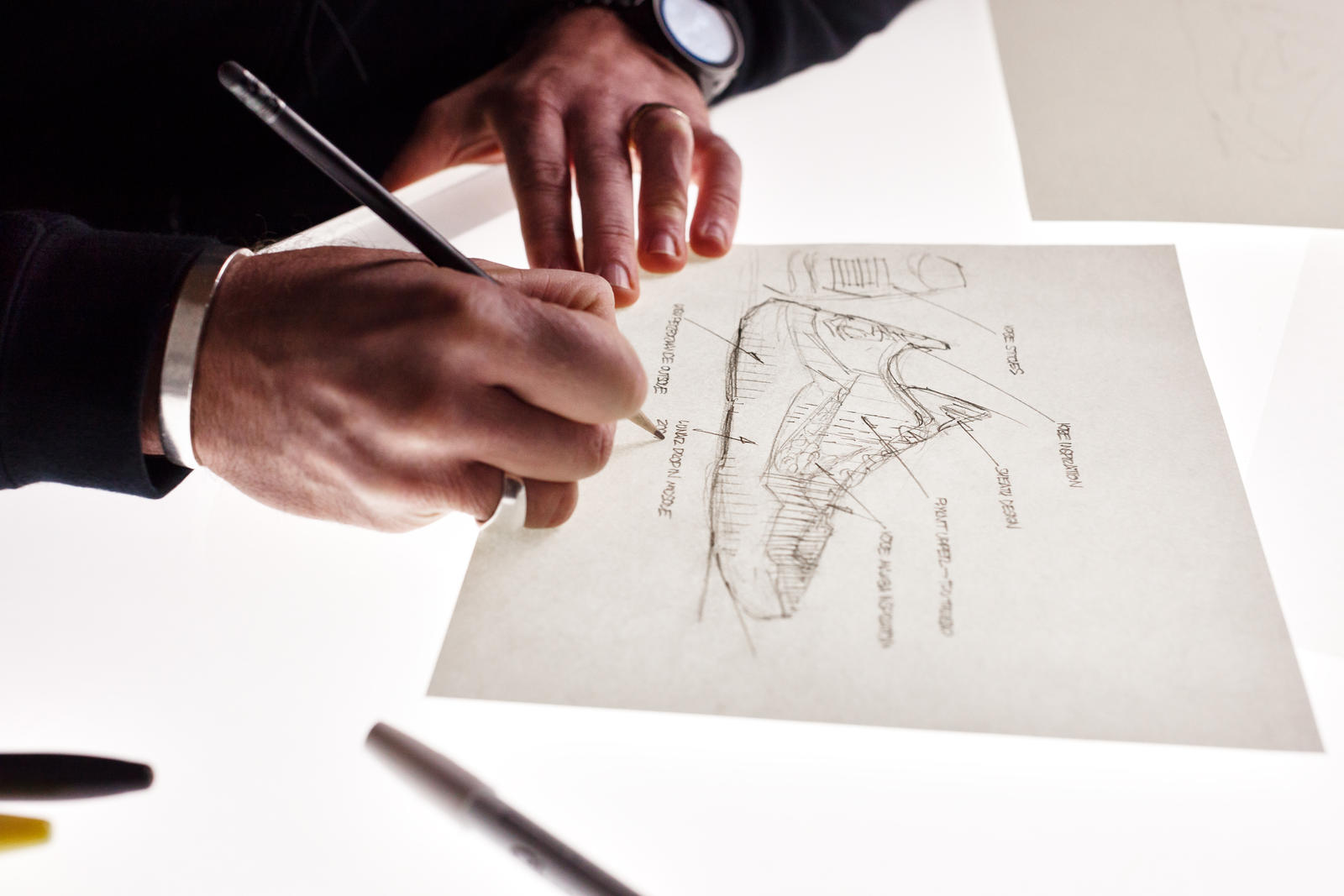 Fittingly, this progressive technology debuts on the KOBE 11, underscoring the dedication to innovation that has cemented Kobe Bryant’s design legacy, one that rivals, if not extends, the champion’s on-court perfectionism.

Beginning in 2004 with the Nike Huarache 2K4, Bryant’s signature line – a partnership between the legendary athlete and Nike designer Eric Avar – has repeatedly introduced technical breakthroughs to basketball, including Flywire, Nike Free-inspired natural motion, advanced proprioception and Flyknit. At the same time, it has consistently championed a less-is-more philosophy. The union of these values has radically altered expectations for performance basketball footwear, a practice that continues with the KOBE 11, Bryant’s final on-court shoe. 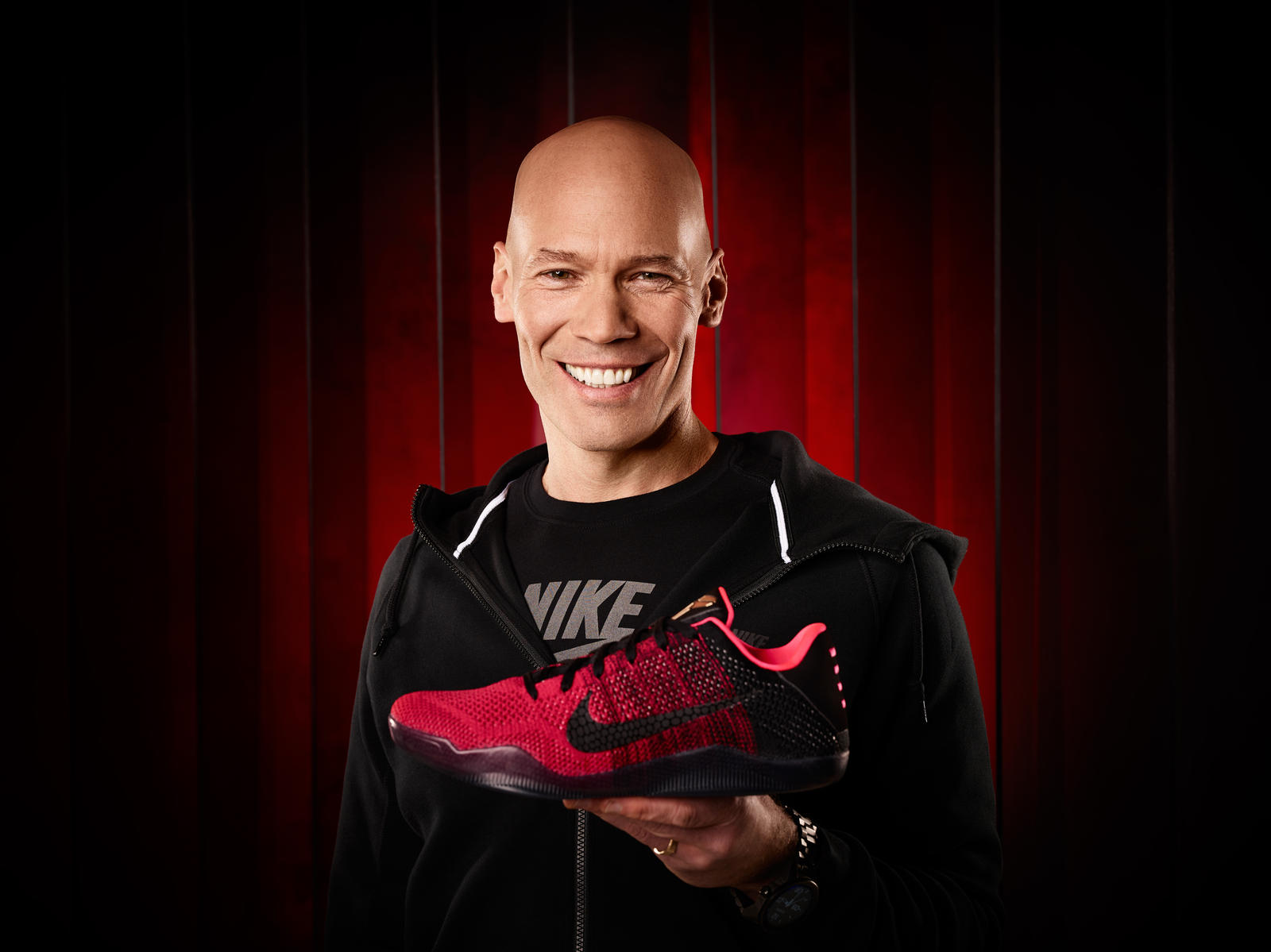 The KOBE 11 is a progressive low-top that distills Bryant’s signature legacy to its essence: high performance, lightweight, responsive and sophisticated design. “The KOBE 11 design represents the whole being greater than the sum of the parts,” says Avar. 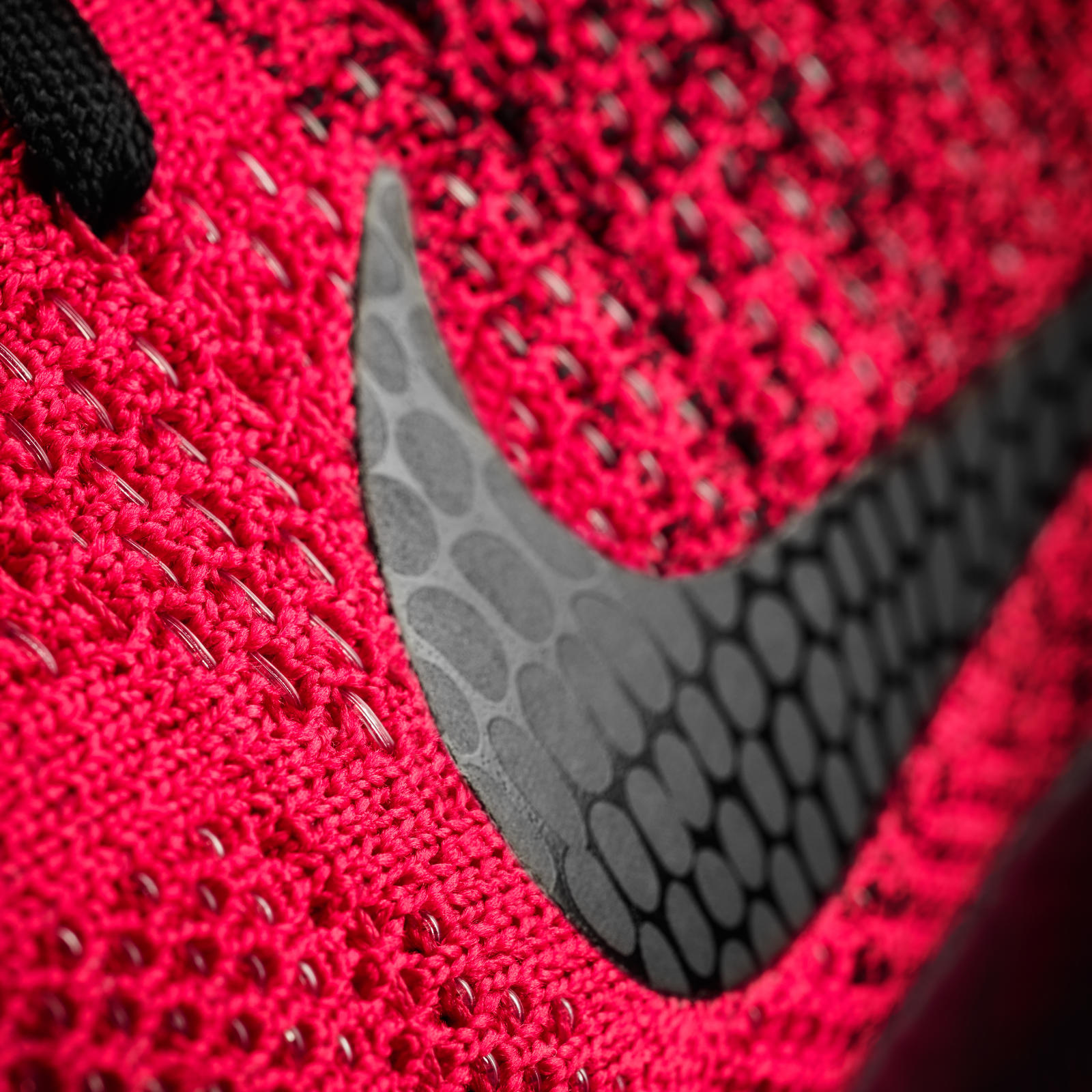 The KOBE 11 features an advanced version of Flyknit technology that integrates thermoplastic polyurethane (TPU) yarn for superior strength. The TPU reinforces zones in the upper precisely where needed, thus reducing the shoe’s weight without compromising strength. 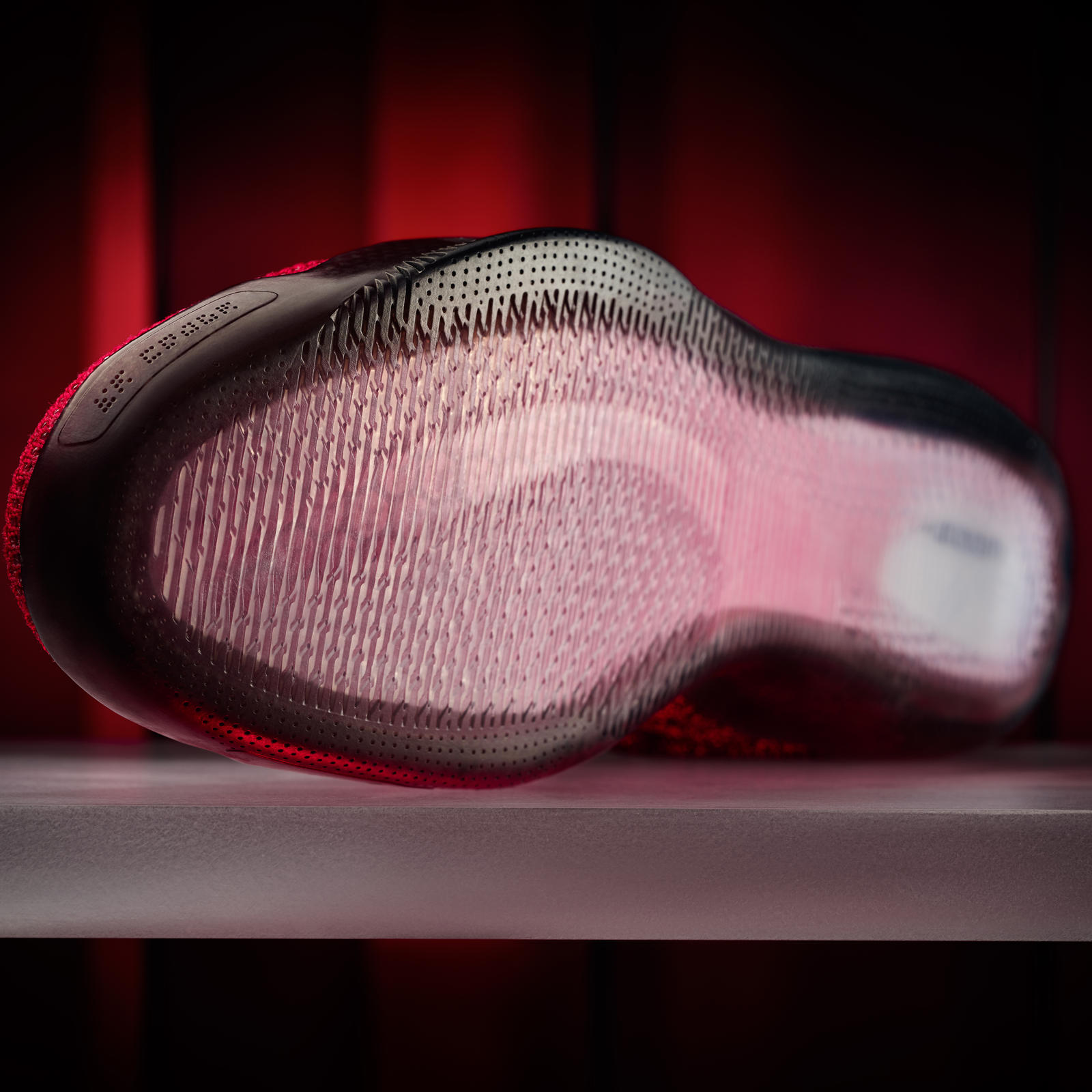 The Flyknit upper attaches directly to the shoe’s outsole shell, which features a pioneering tread and traction pattern – the result of Avar and Bryant’s longstanding obsession with the nuances of court feel and grip. 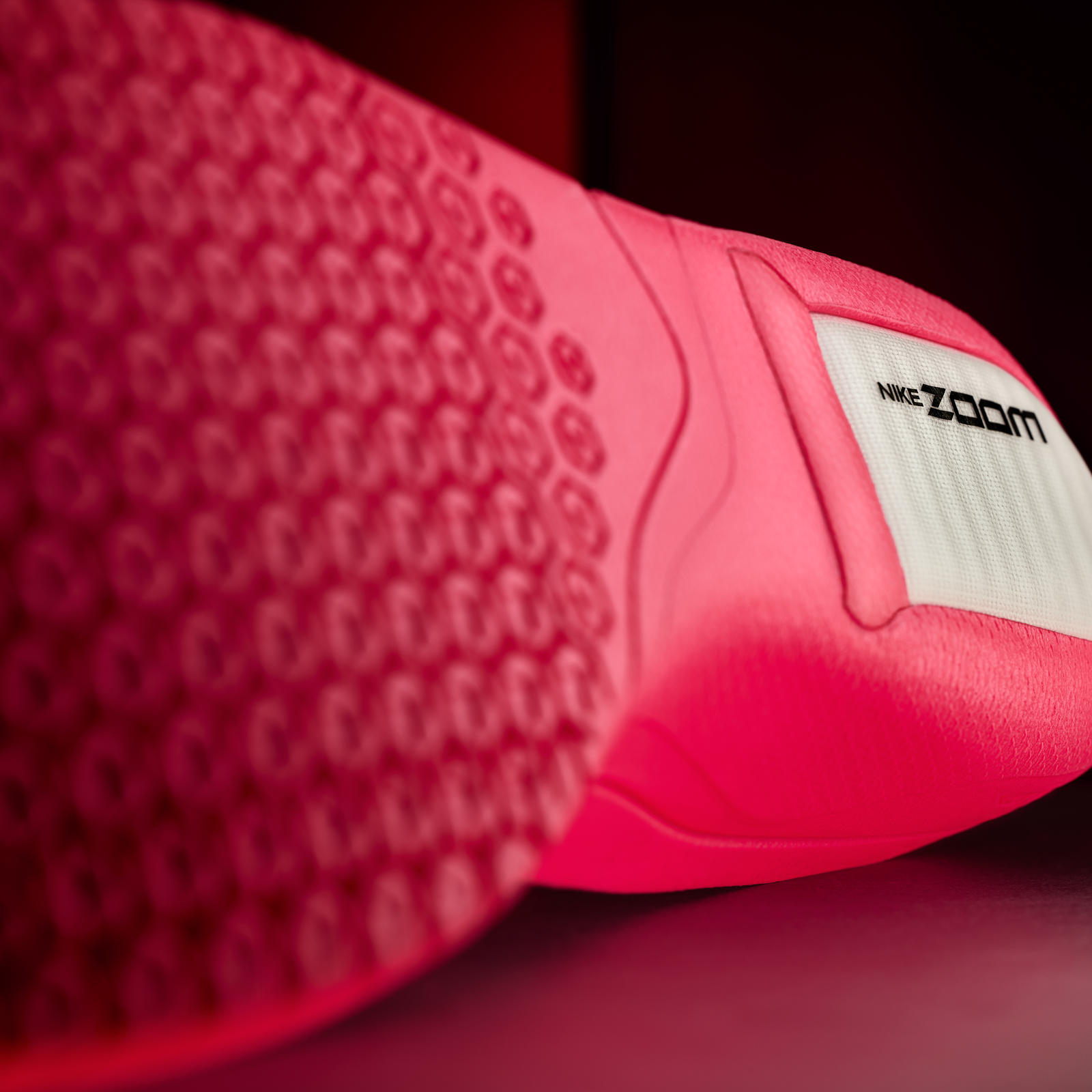 The KOBE 11 features a drop-in midsole that includes the responsive benefits of Nike Zoom Air in the heel with the comfort of Nike Lunarlon in the forefoot. The lightweight midsole also incorporates siping grooves, allowing the foot to move and flex naturally.

Over 11 silhouettes, Bryant and Avar have set a high bar for personal narratives embedded in signature lines. The launch colorway of the KOBE 11, Achilles Heel, is no different. The deep red and black shoe features subtle nods to the Greek hero Achilles, and Bryant’s own career arch. 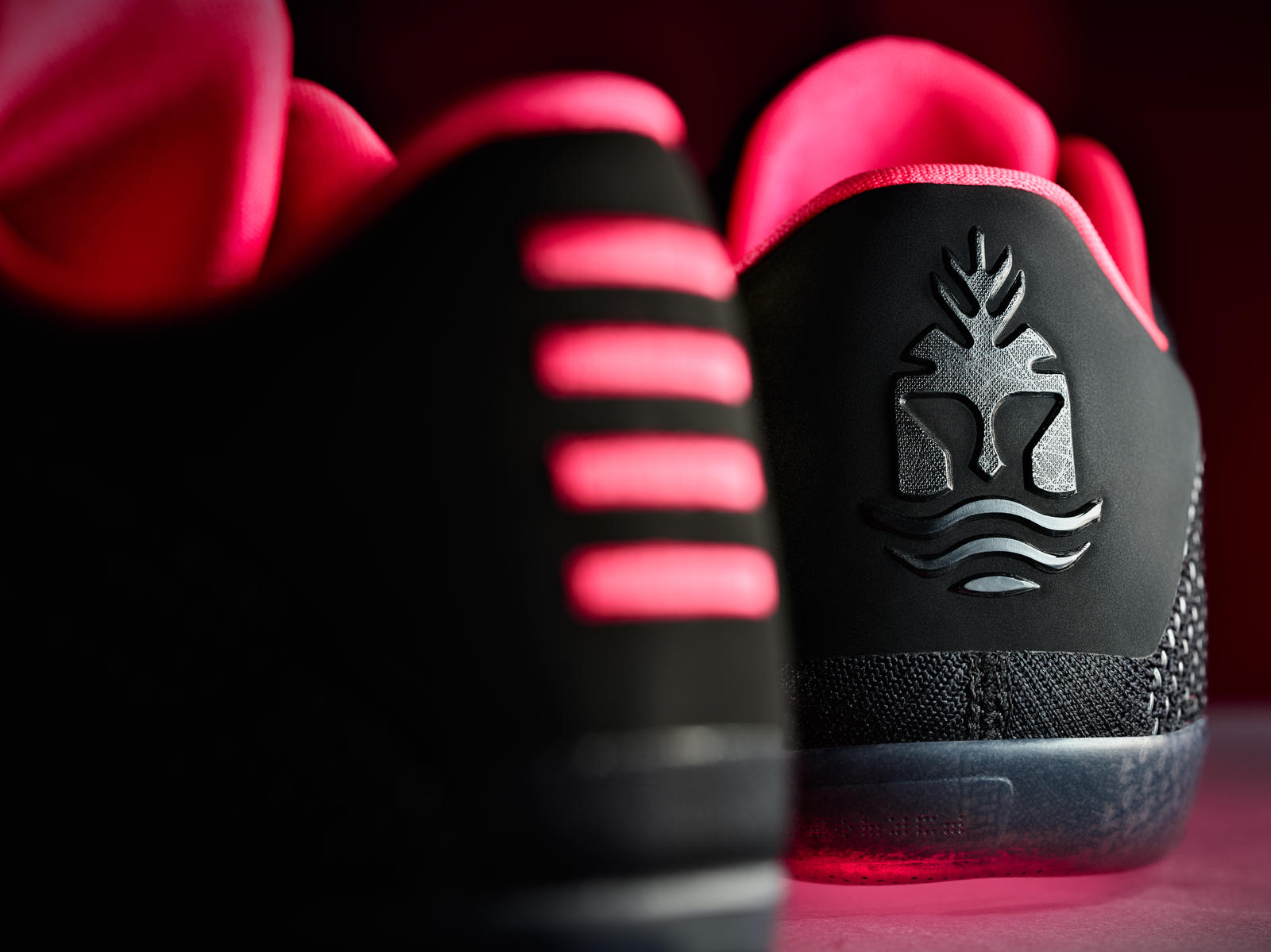 Known to be invulnerable in all of his body except for his heel, Achilles’ ultimate demise resulted from an arrow to his weak point during the Trojan War. Consequently, the term “Achilles heel,” was born.  The KOBE 11 Achilles Heel features a graphic representation of the hero on the right heel, while the left features four-stitch marks representing the four feet of thread used in Bryant’s 2013 Achilles surgery.

Bryant and @nikebasketball went live on Periscope today to reveal the story behind the KOBE 11. 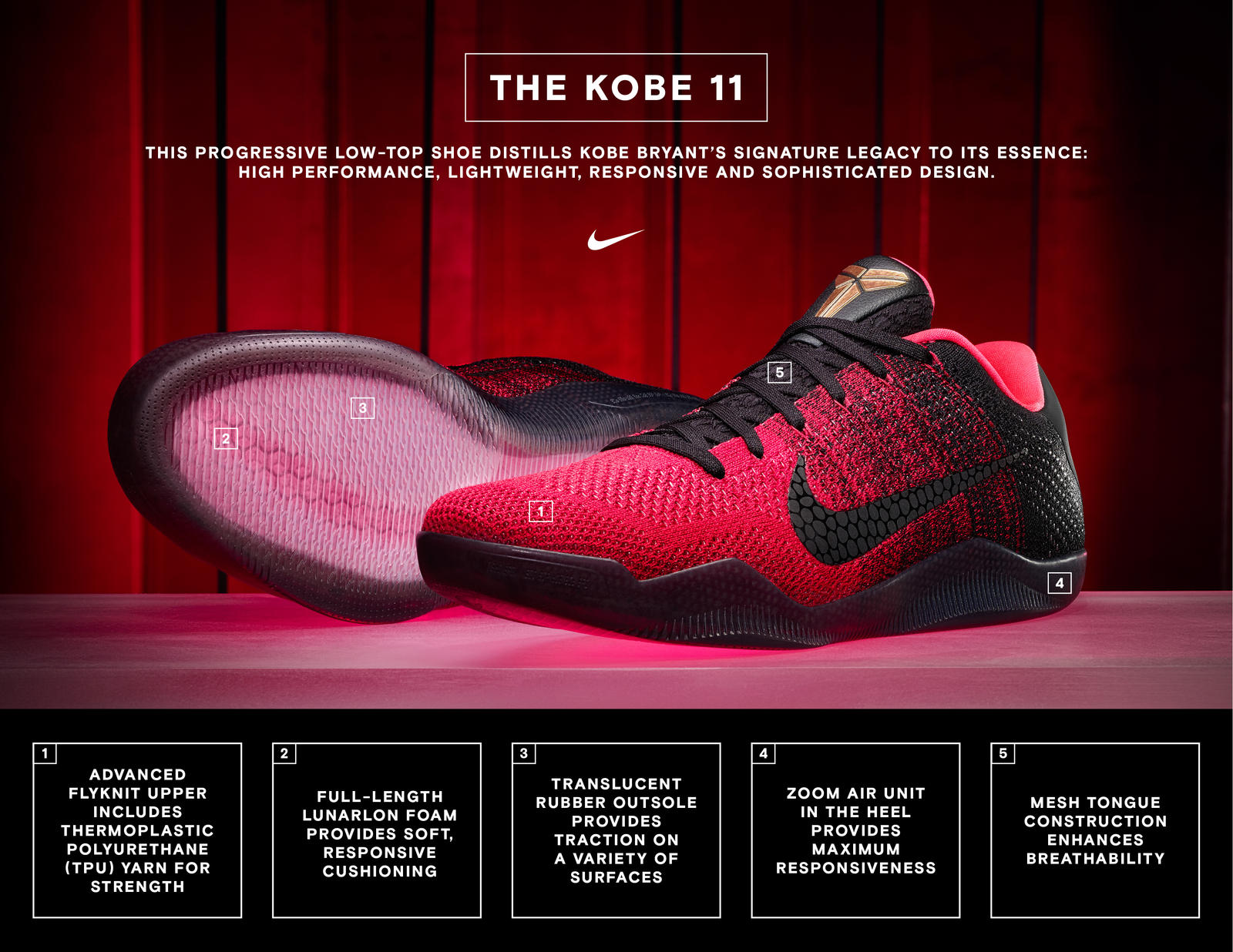 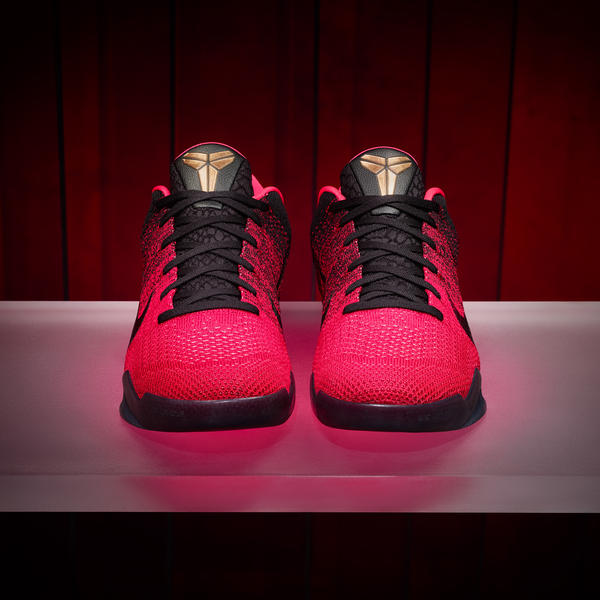 The KOBE 11 features Flyknit technology that includes thermoplastic polyurethane (TPU) yarn for superior strength, the brand’s first shoe to feature this new iteration of Flyknit.  Similar to architects using metal rebar to reinforce structures, Nike Flyknit engineers reinforce zones of the upper using this high-strength material, micro-engineering areas of strength and stretch precisely where needed while reducing waste in the manufacturing process. Flyknit has reduced nearly 2 million pounds of waste since its 2012 inception.