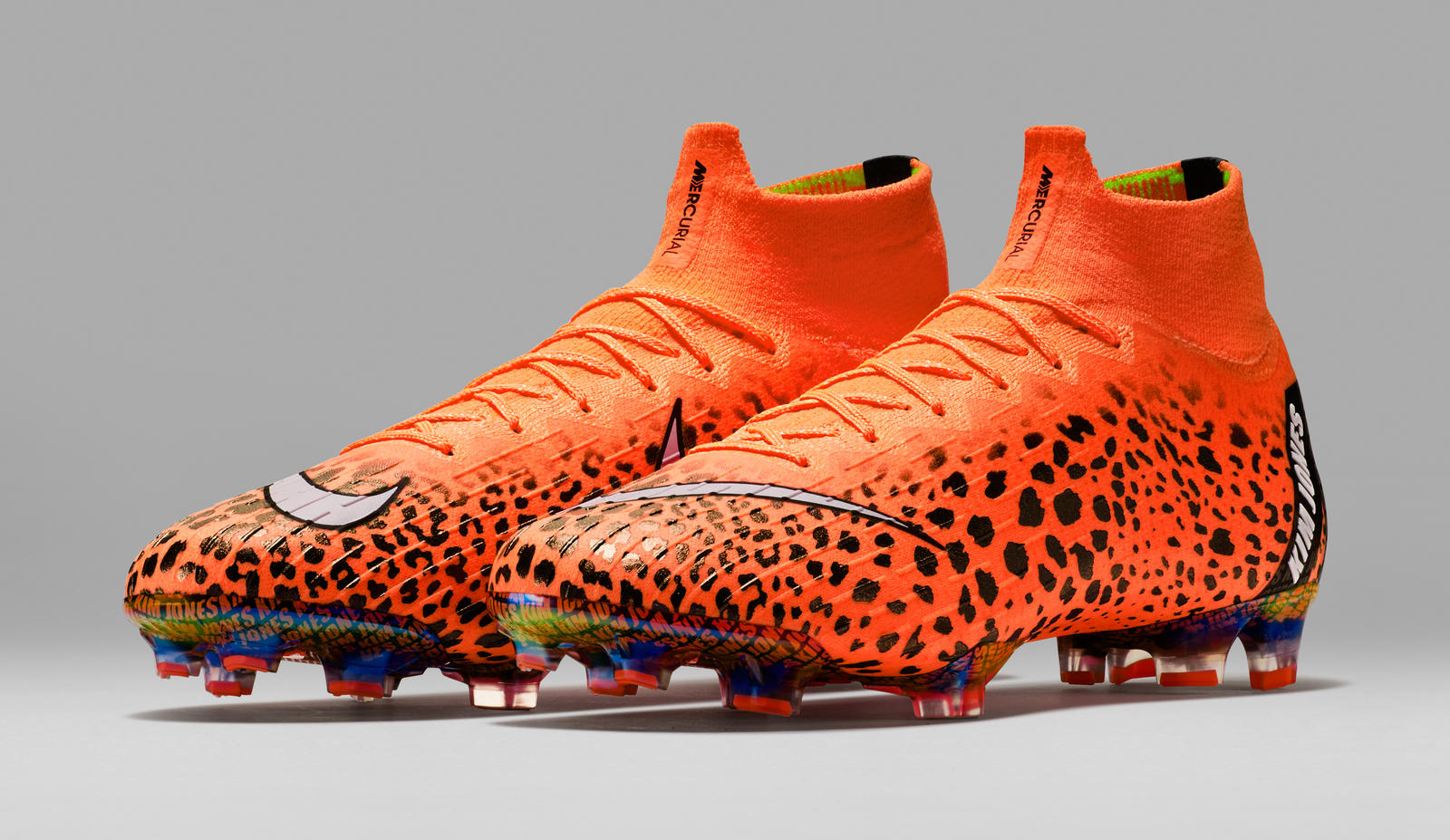 “I grew up in Africa and have always admired the strength of animals,” says designer Kim Jones, who followed his hydrogeologist father to Kenya and Botswana as a youth. Fittingly, it also drove an interest in speed. “The cheetah is the fastest land animal, so it makes complete sense as an inspiration for me,” he says.

With the feline as jump-off point, Jones blends his personal story — inclusive of his childhood travel and famous London-bred punk attitude — to form an all-over animal print rendition of the Mercurial Superfly 360 that’s designed to turn heads even as it forms a blur on the field. The boot also connects to Jones’ belief in the power of sport and his overall excitement for innovative fabrics and materials.

Of the latter, he explains, “Football gives young people a common goal and allows them to be a part of the community, connecting with the rest of their community in real life on the field rather than just digitally.”

The opportunity to employ game-changing technologies, such as Nike’s next generation of Flyknit, also attracted Jones to working on on-field product. “Fabric and material innovation start with performance,” he says. “My main goal is making stuff that is super functional and that people want to own and to wear.”

Cristiano Ronaldo intends to wear the Mercurial Superfly 360 x Kim Jones against PSG on March 6. That day, the boot will be available exclusively at Nike Store Paris Champs Elysees and on nike.com during halftime of the match. 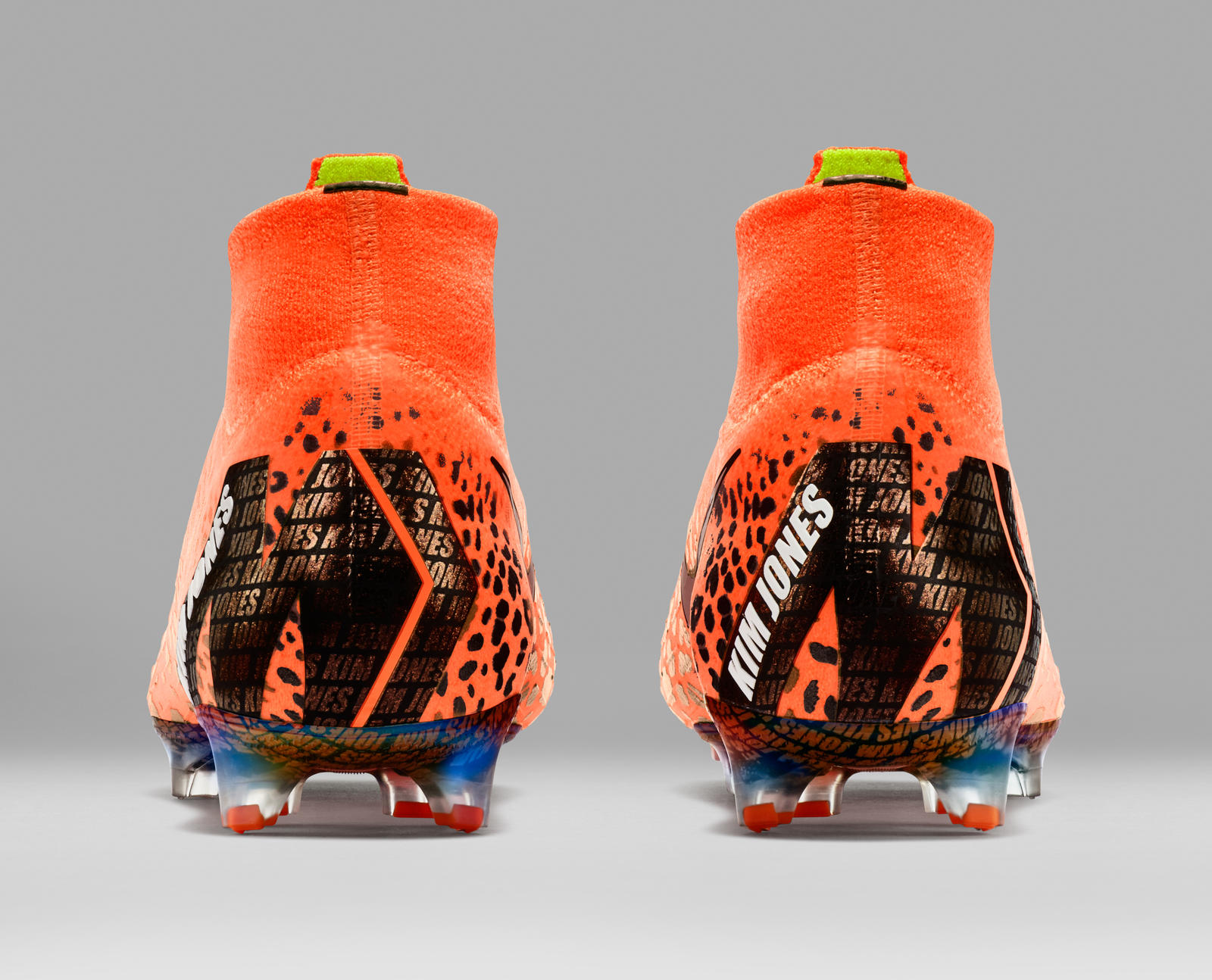 The boot is completed with a Kim Jones twist on the iconic Mercurial "M" logo.