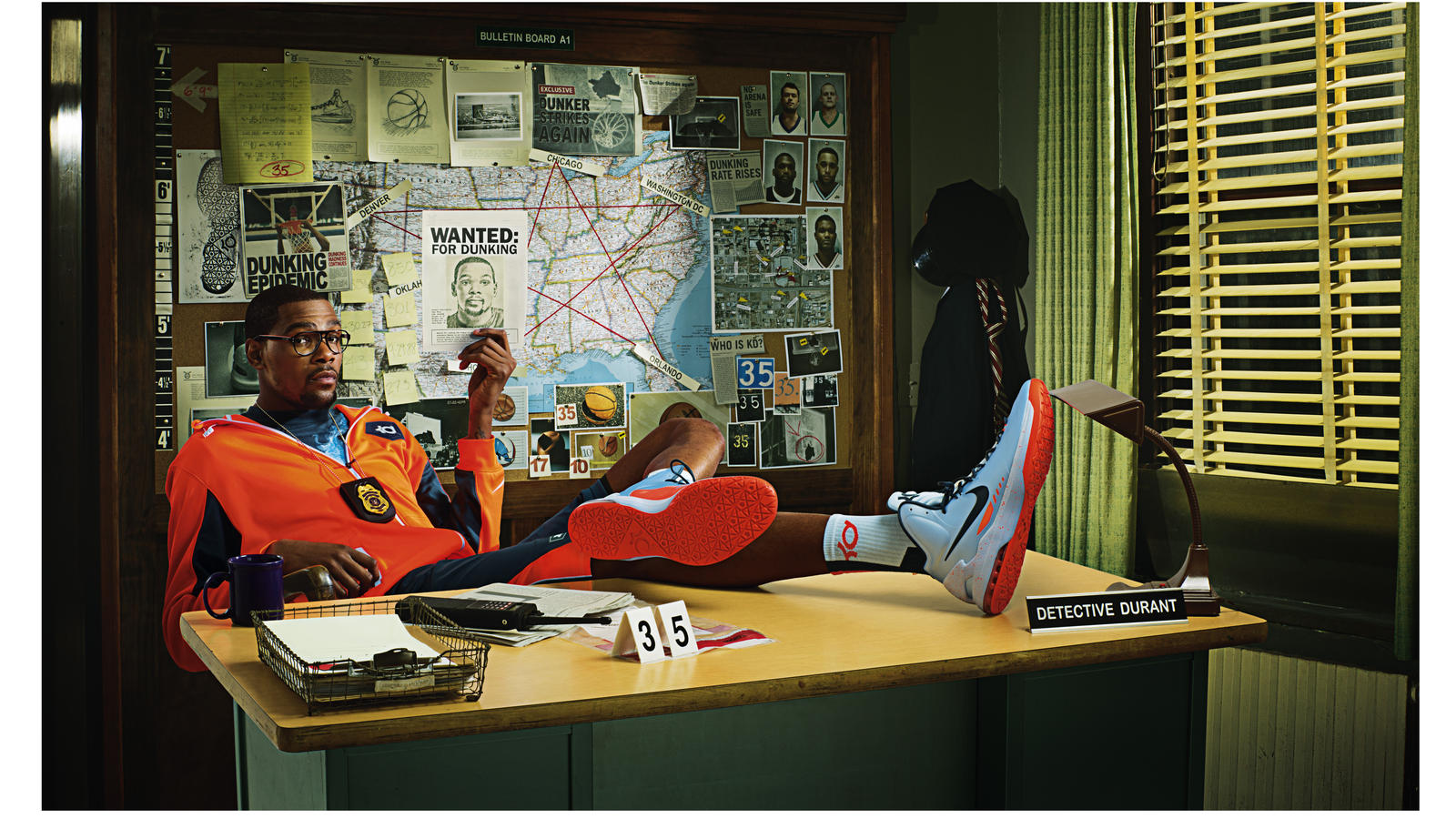 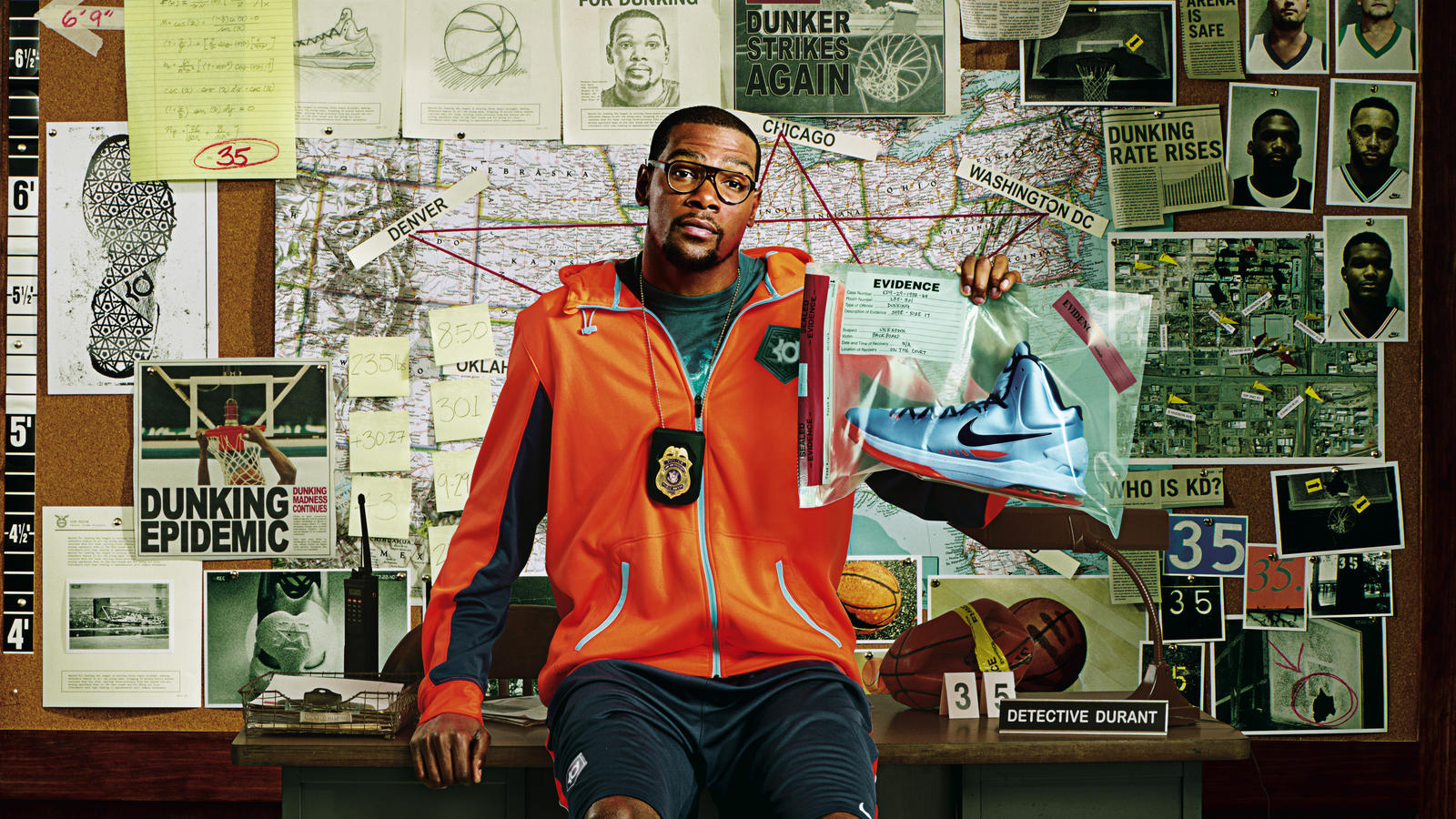 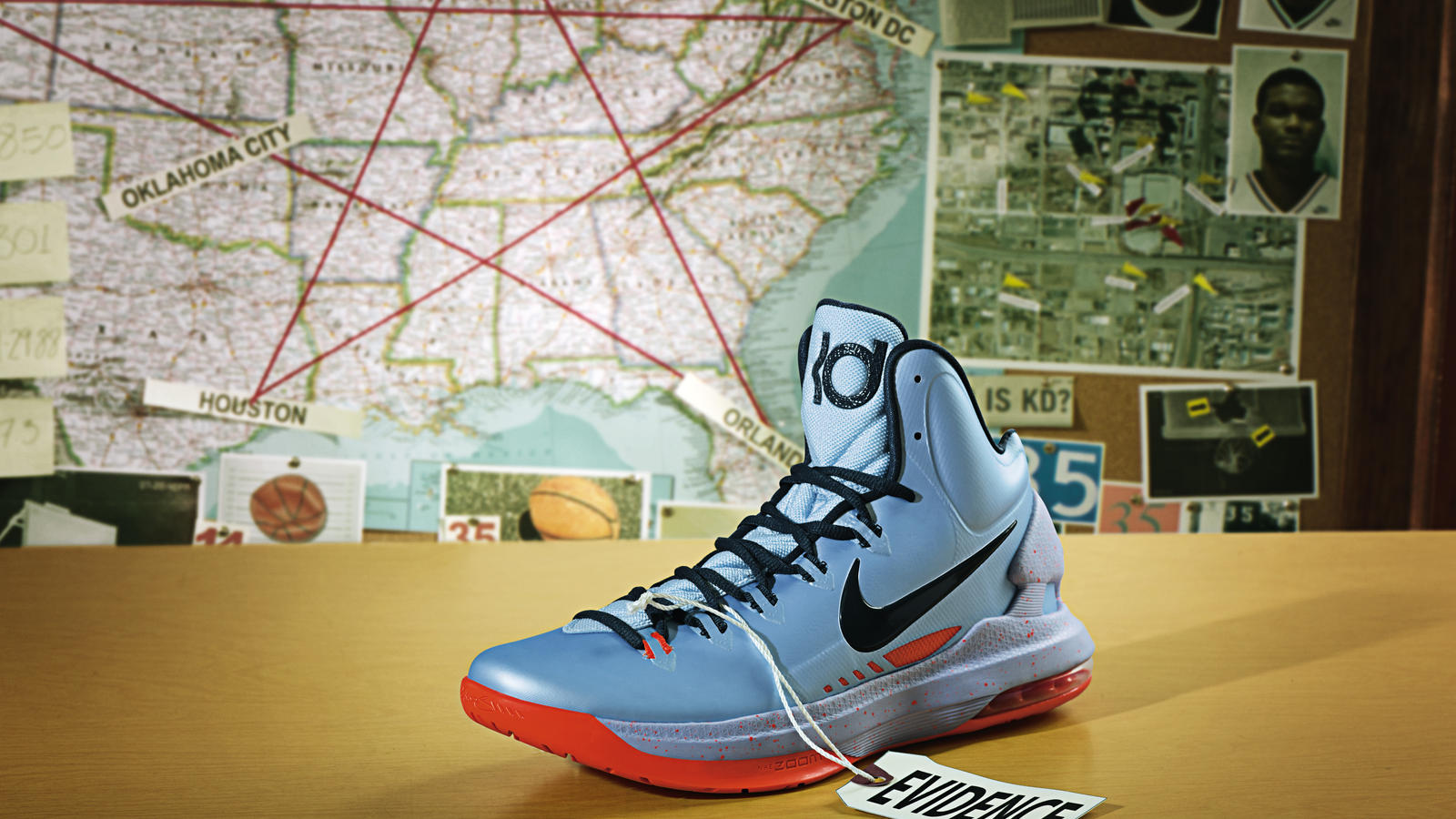 As Kevin Durant continues to showcase his versatility on the court, Nike and KD have parlayed the superstar's detective skills off the court into a new TV spot featuring the KD V shoe.

Does a nice guy lead the league in scoring for three consecutive years? Does a nice guy bulldoze through the lane and dunk with fury? Does a nice guy consistently posterize opponents? When it comes to his versatile prowess and expanded game on the court, KD is not nice.

Off the court it's a different story. Durant greets his family before games, patiently conducts media interviews and is gracious with fans. He's quite possibly the nicest guy in professional basketball. However, Durant's ferociousness on the court reveals a different side.