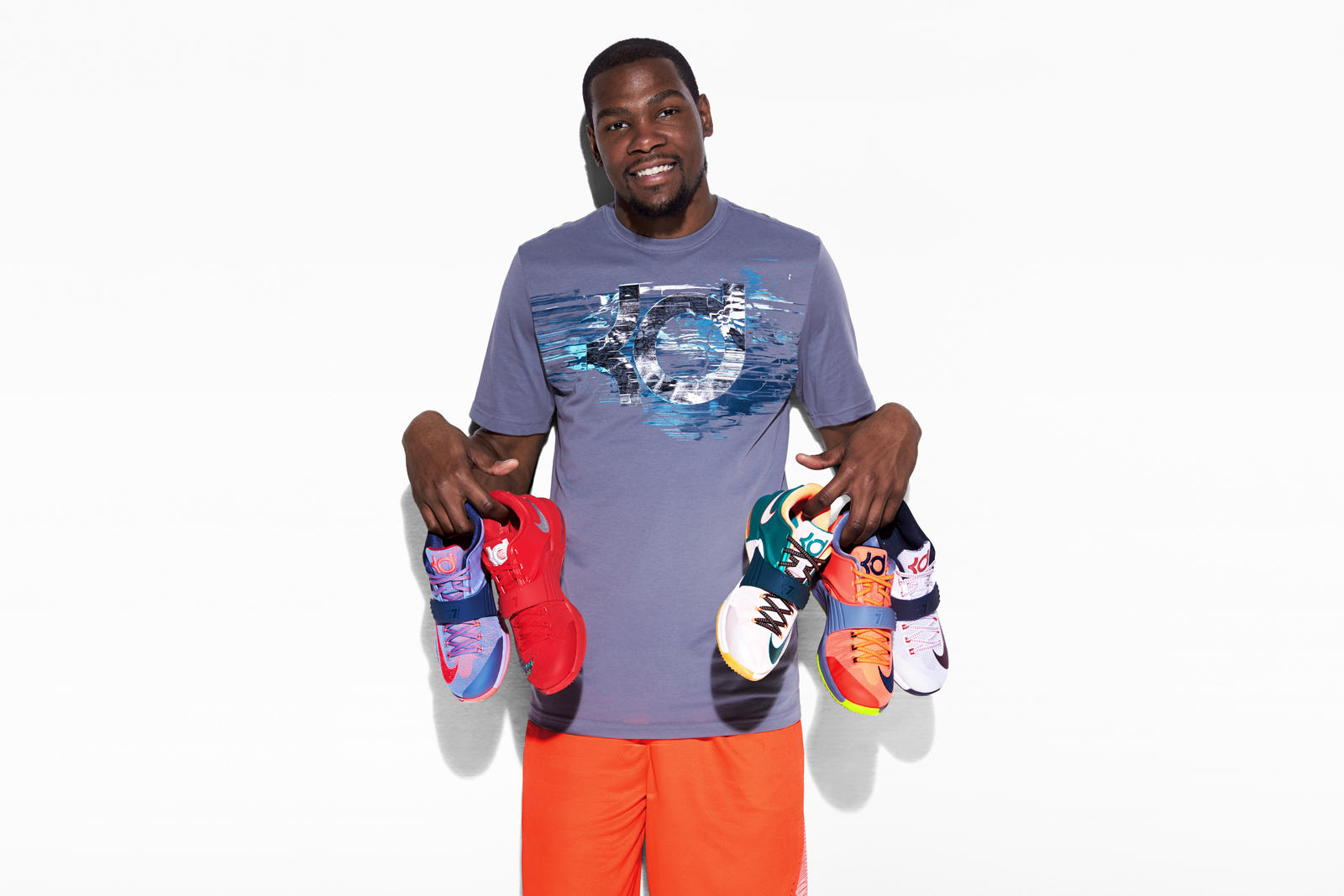 Since its December 2008 debut, the Kevin Durant signature shoe line has imaginatively fused performance innovation with the six-time All-Star’s personal stories. The new KD7 What The shoe combines various colors, patterns, graphics and technical details of popular KD7 colorways into a modern mashup. 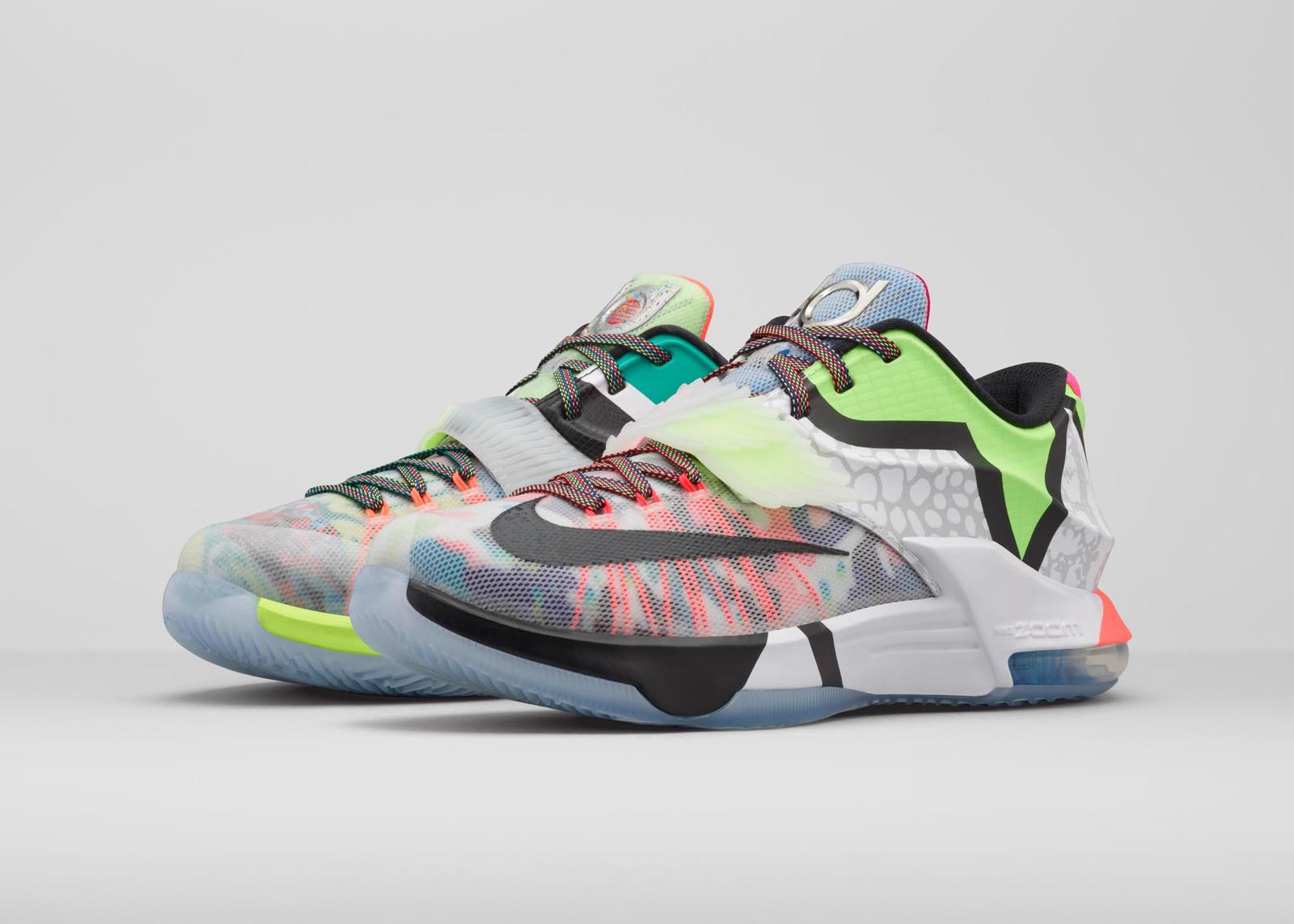 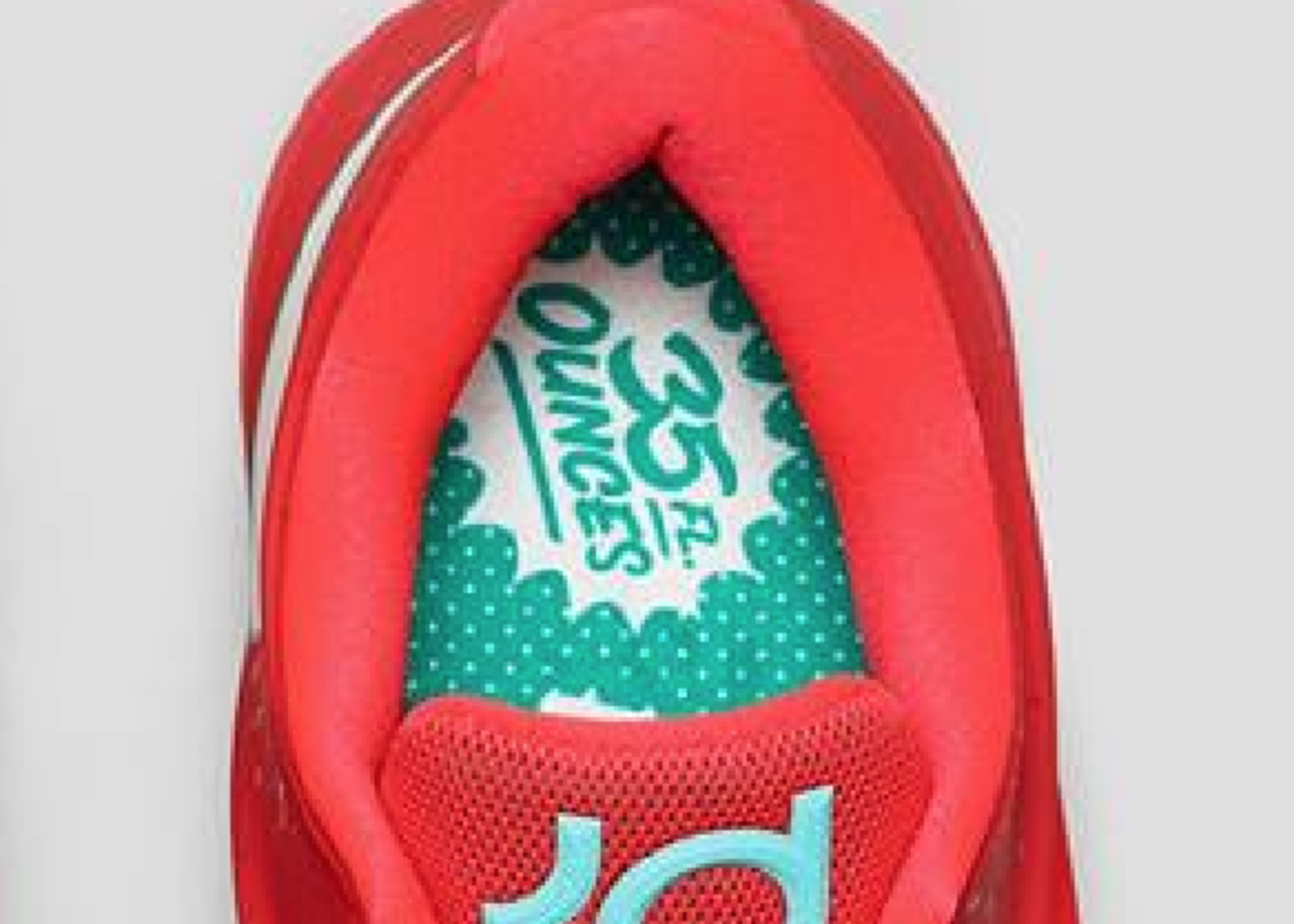 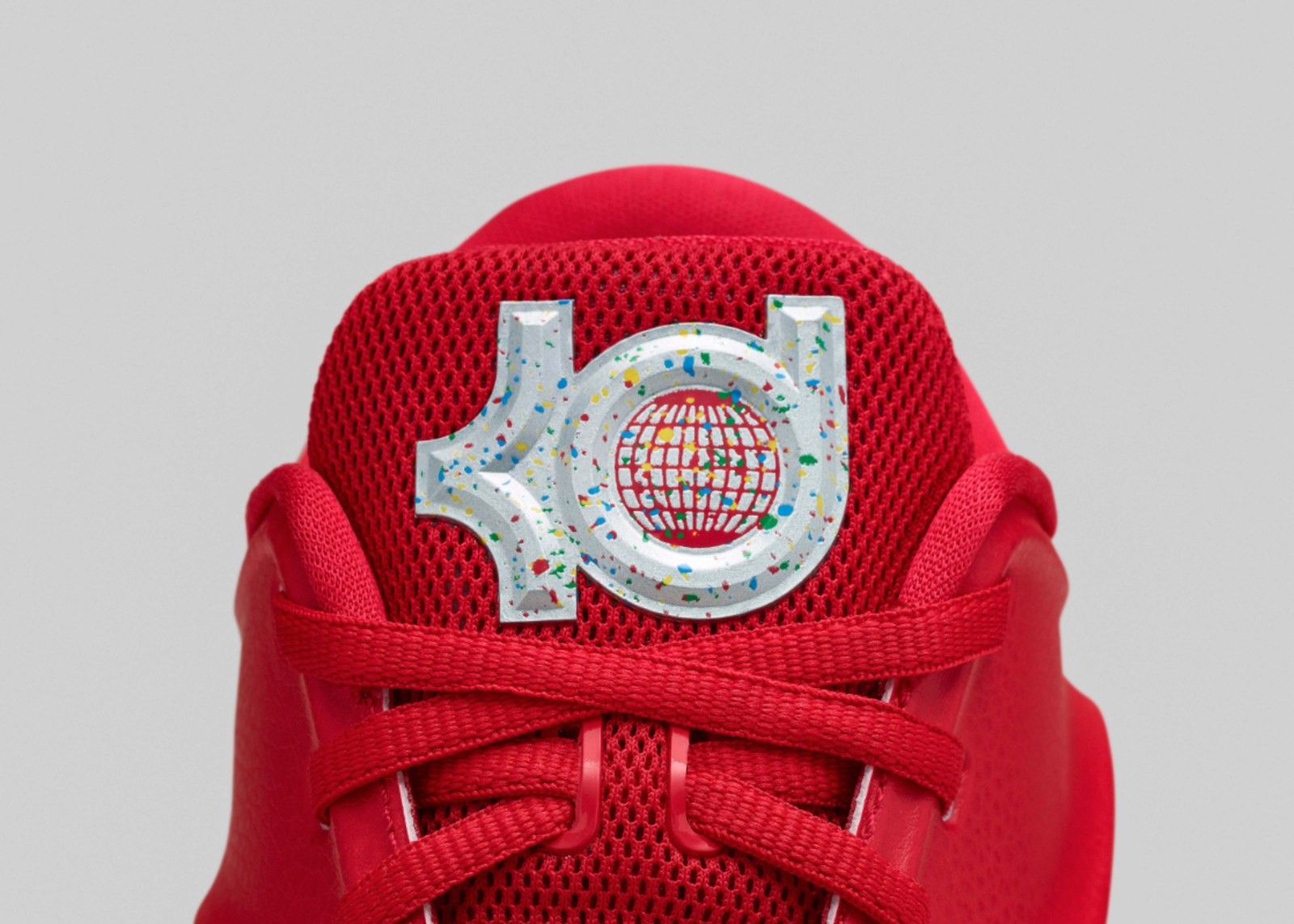 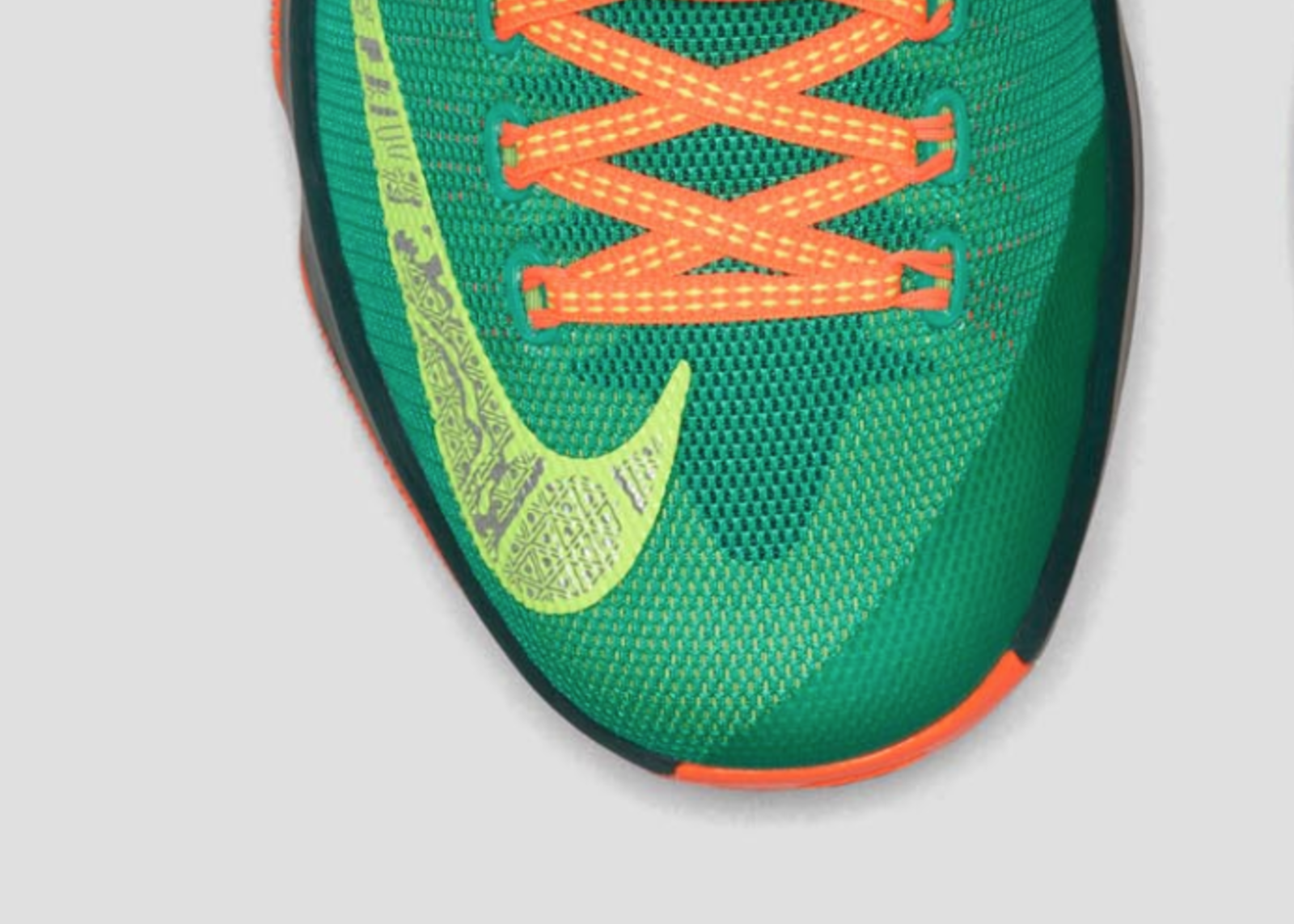 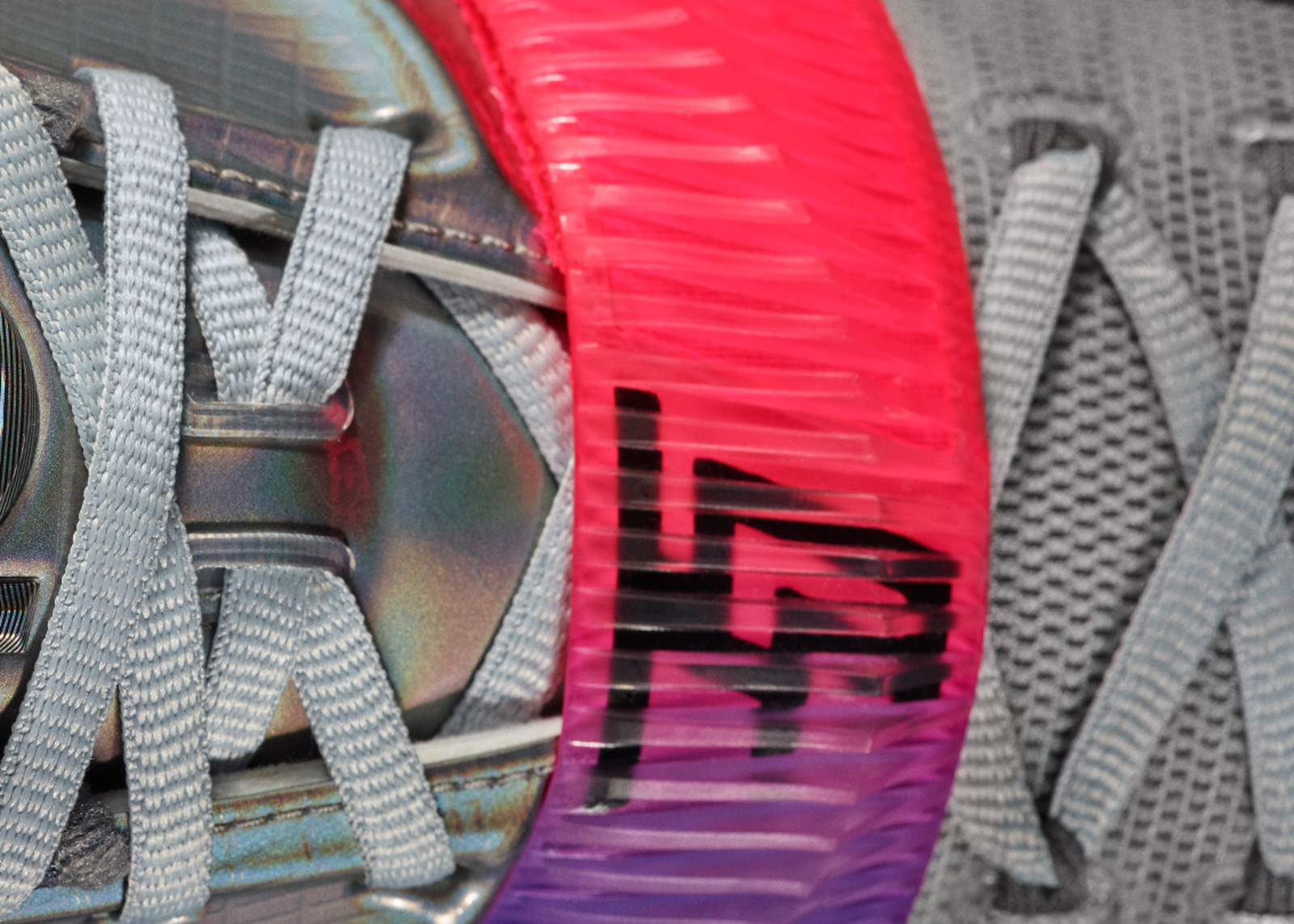 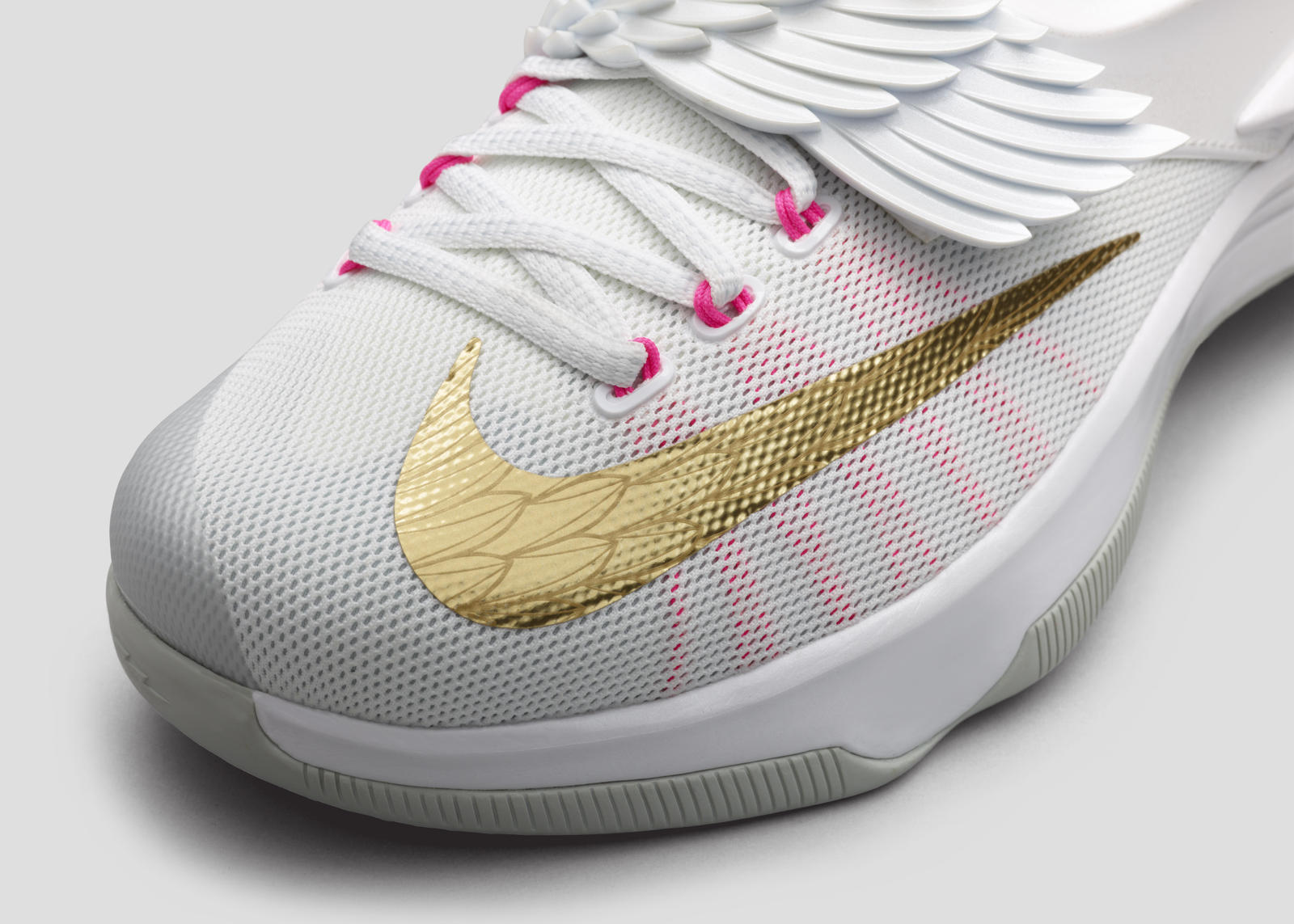 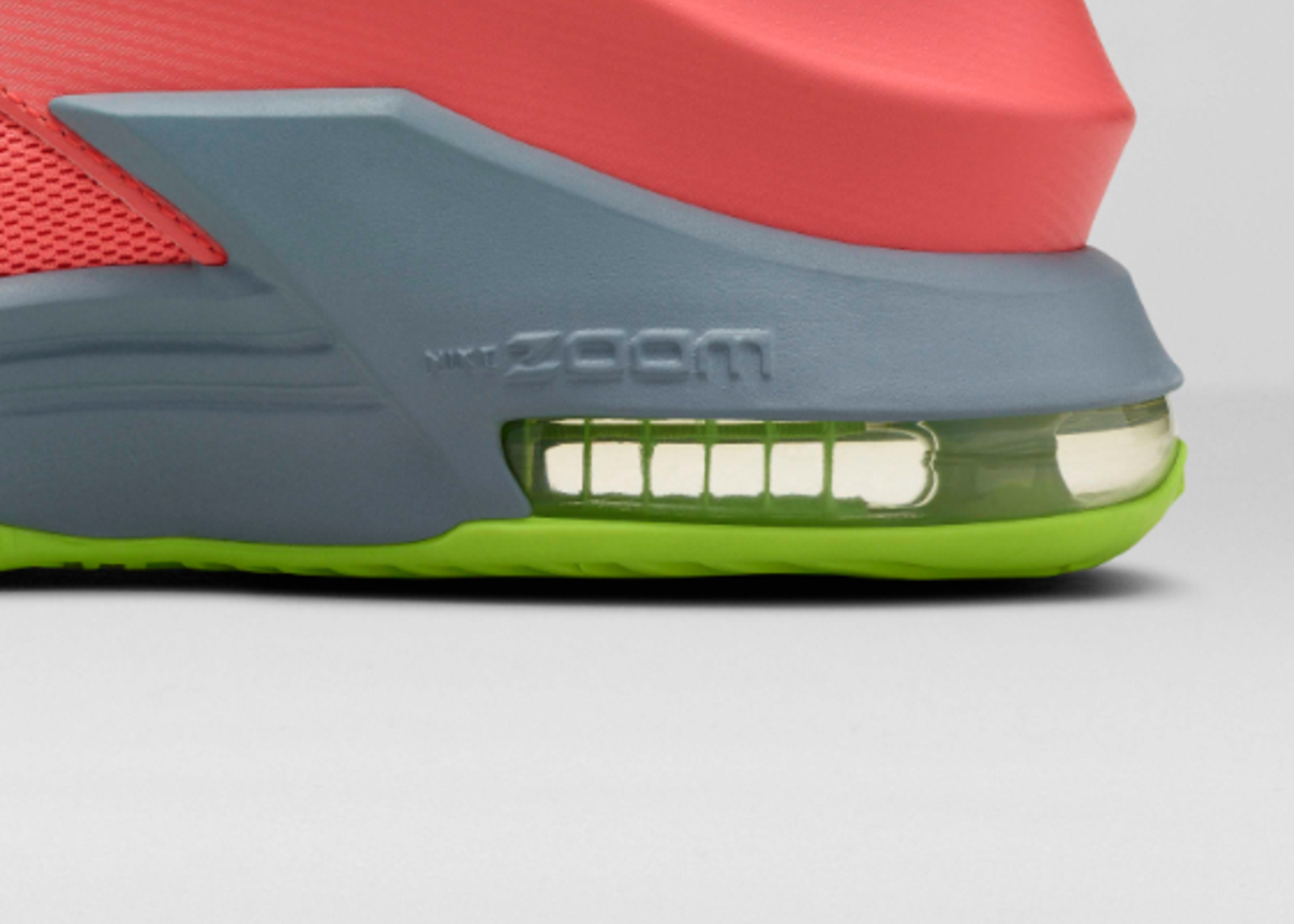 Nike’s DNA is inherently tied to innovation and calculated risk. In 2007, Nike Skateboarding footwear designer James Arizumi took the company’s provocative vision to a new place with the Nike SB What The Dunk shoe, Nike’s first mashup of iconic colorways. Five years later, Nike Basketball brought the “What The” concept to the KOBE VII, creating a unique, inspirational niche in design innovation and creative storytelling. 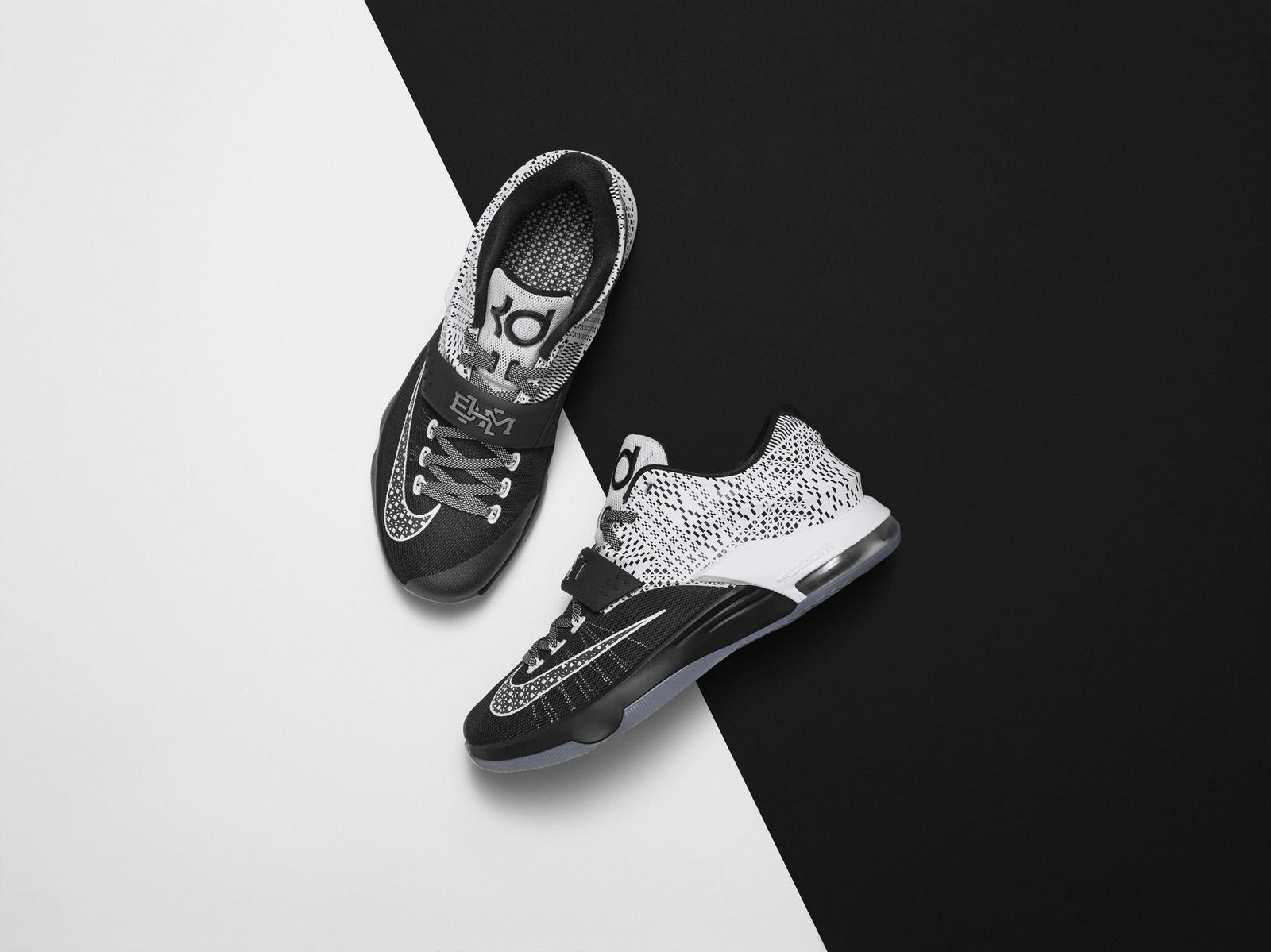 KD7 BHM colorway featured within the KD7 What The.

The KD7 What The thoughtfully fuses elements from 18 past colorways of Durant’s seventh signature shoe into a single, inspiring design. The KD7 forefoot strap, a functional feature to keep Durant locked into the shoe, also serves as a creative storytelling tool. The KD7 What The shoe’s left strap features an angel wing from the Aunt Pearl colorway, honoring the athlete’s late aunt, while the strap on the right shoe pulls from the KD7 All-Star colorway inspired by progressive New York City architecture.

Every Shoe Tells a Story 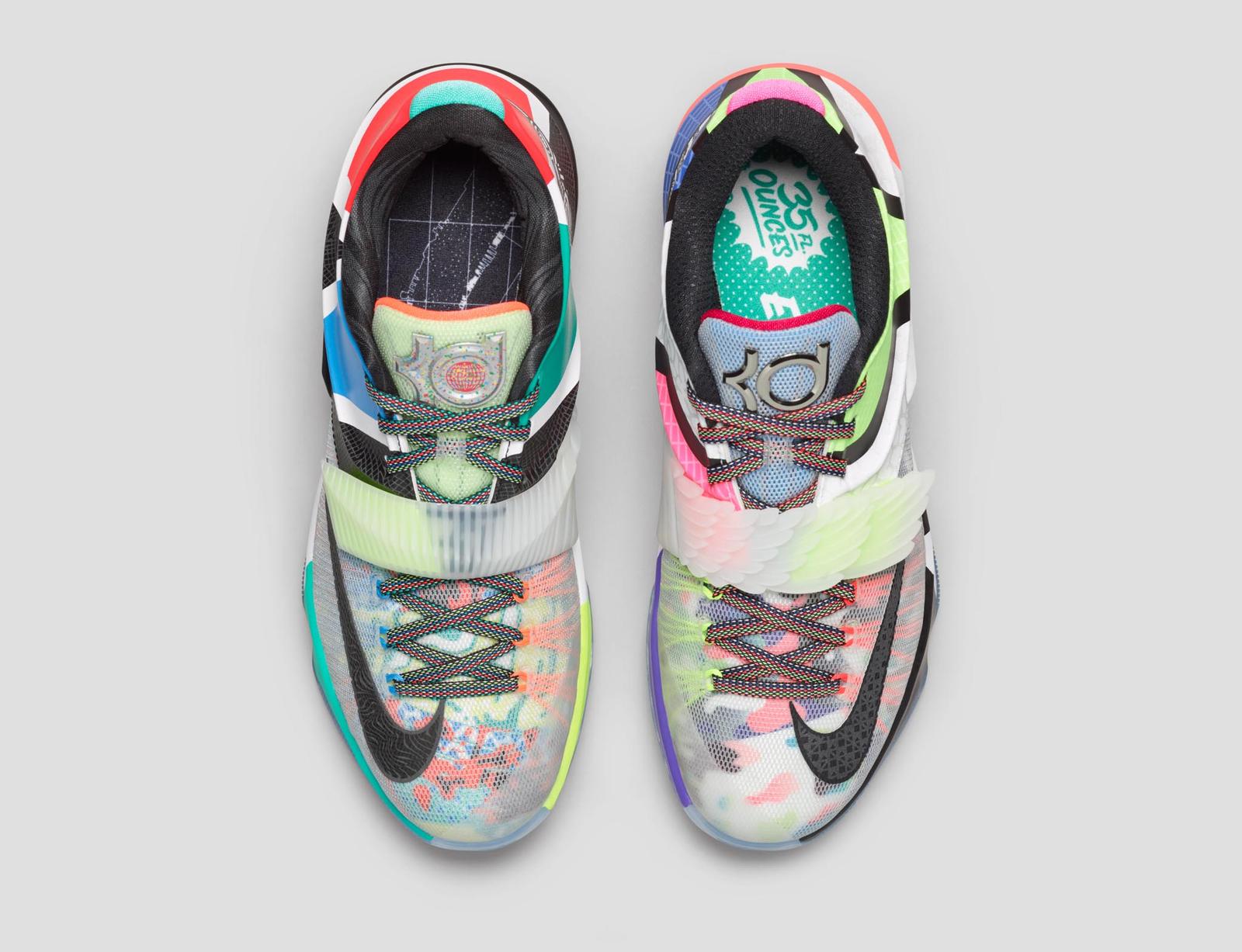 The lightning theme, connecting to Durant’s lifelong fascination with meteorology, influences a variety of KD7 colorways.  An array of graphics from the lightning-inspired colorways are reprised on the KD7 What The and also fuel the glow-in-the-dark detail on their Hyperposite heels. 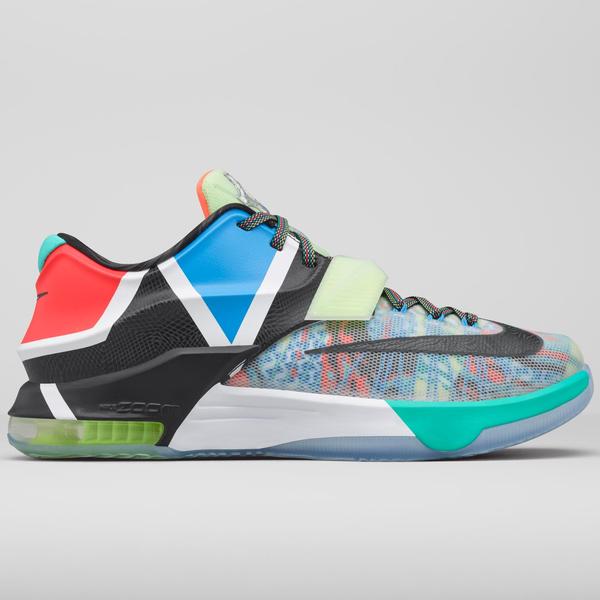 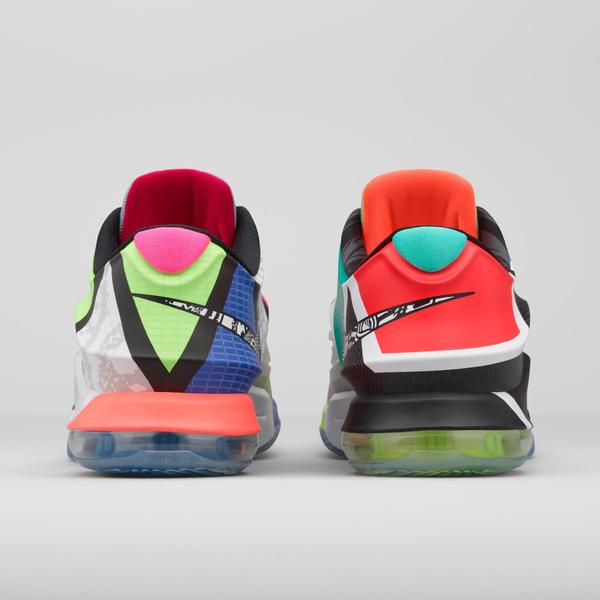 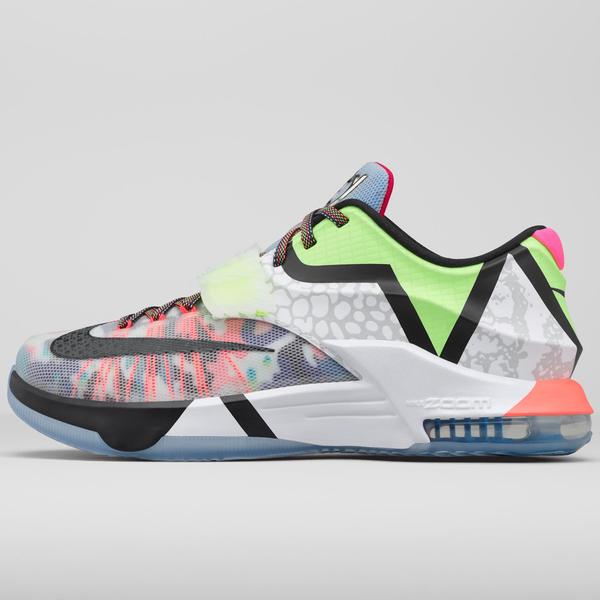 Additional story elements on the the KD7 What The include the globe transferred into the right shoe’s “KD” tongue logo pulled from the Global Game colorway and representing Durant’s world travels; and the “Kevin Durant’s Famous Egg Nog” sockliner inspired by Durant’s favorite holiday beverage, from in the KD7 Christmas shoe.

The KD7 What The shoe and T-shirt will be available globally on June 20 at select retails stores and nike.com.