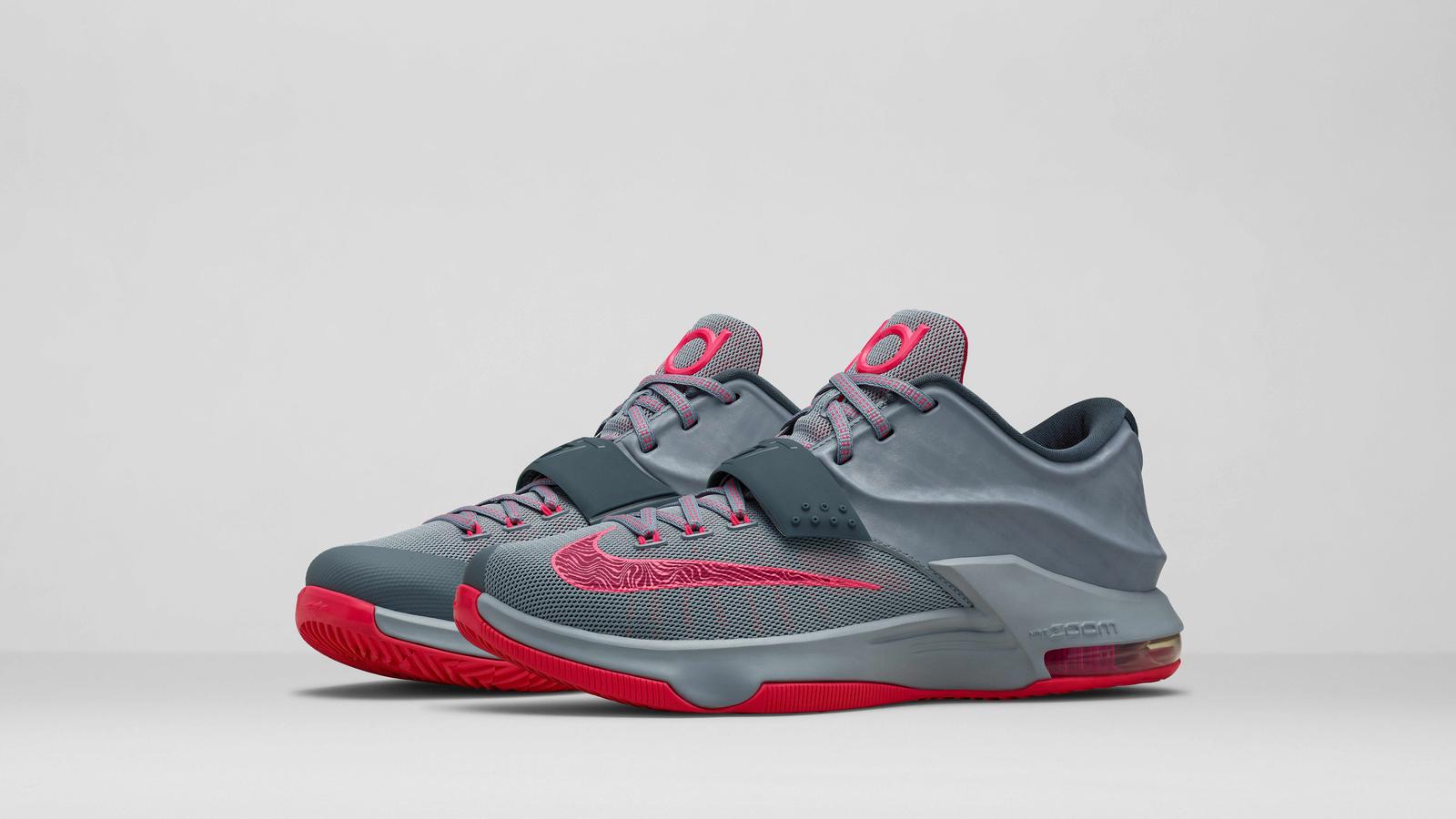 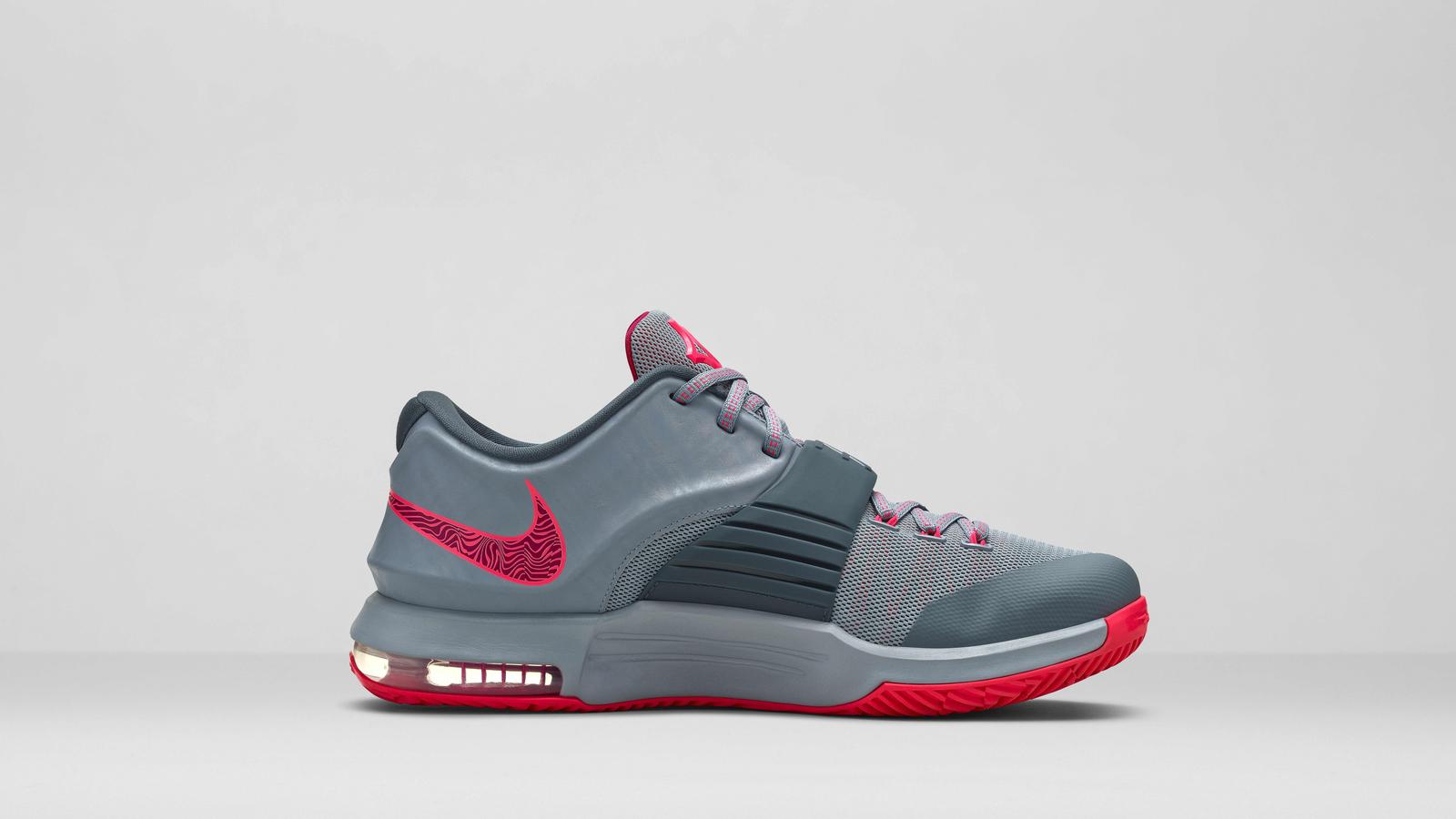 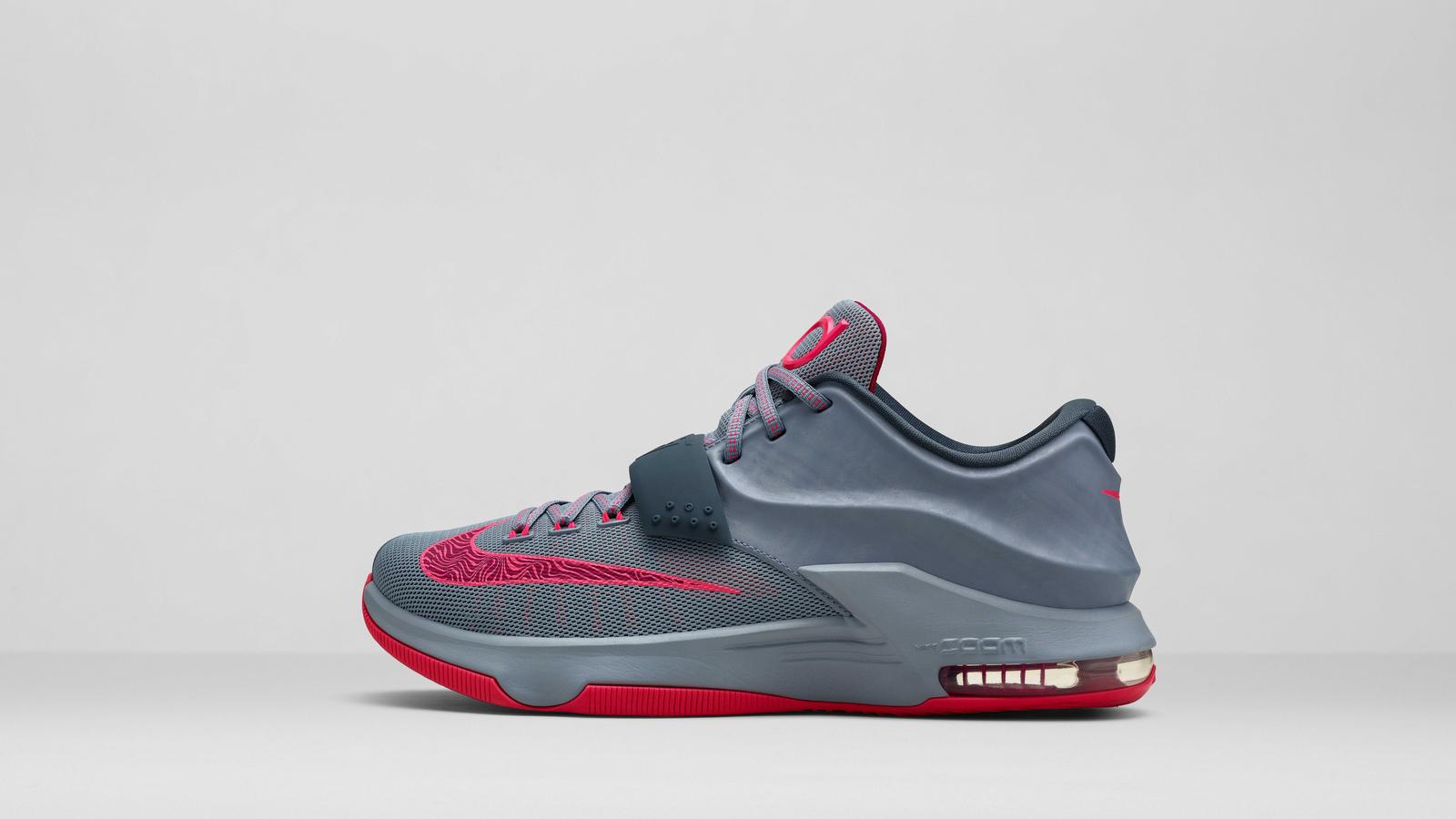 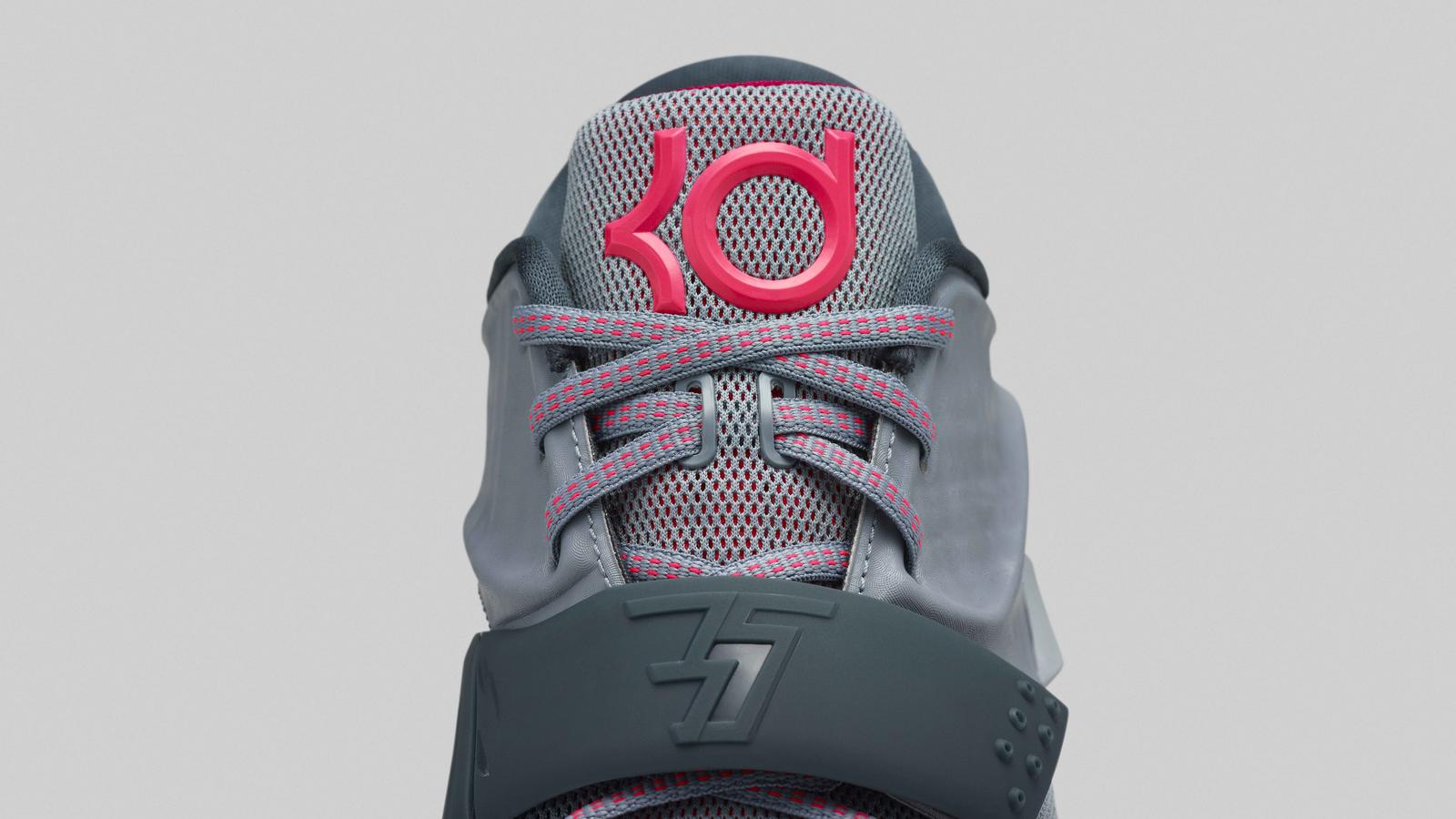 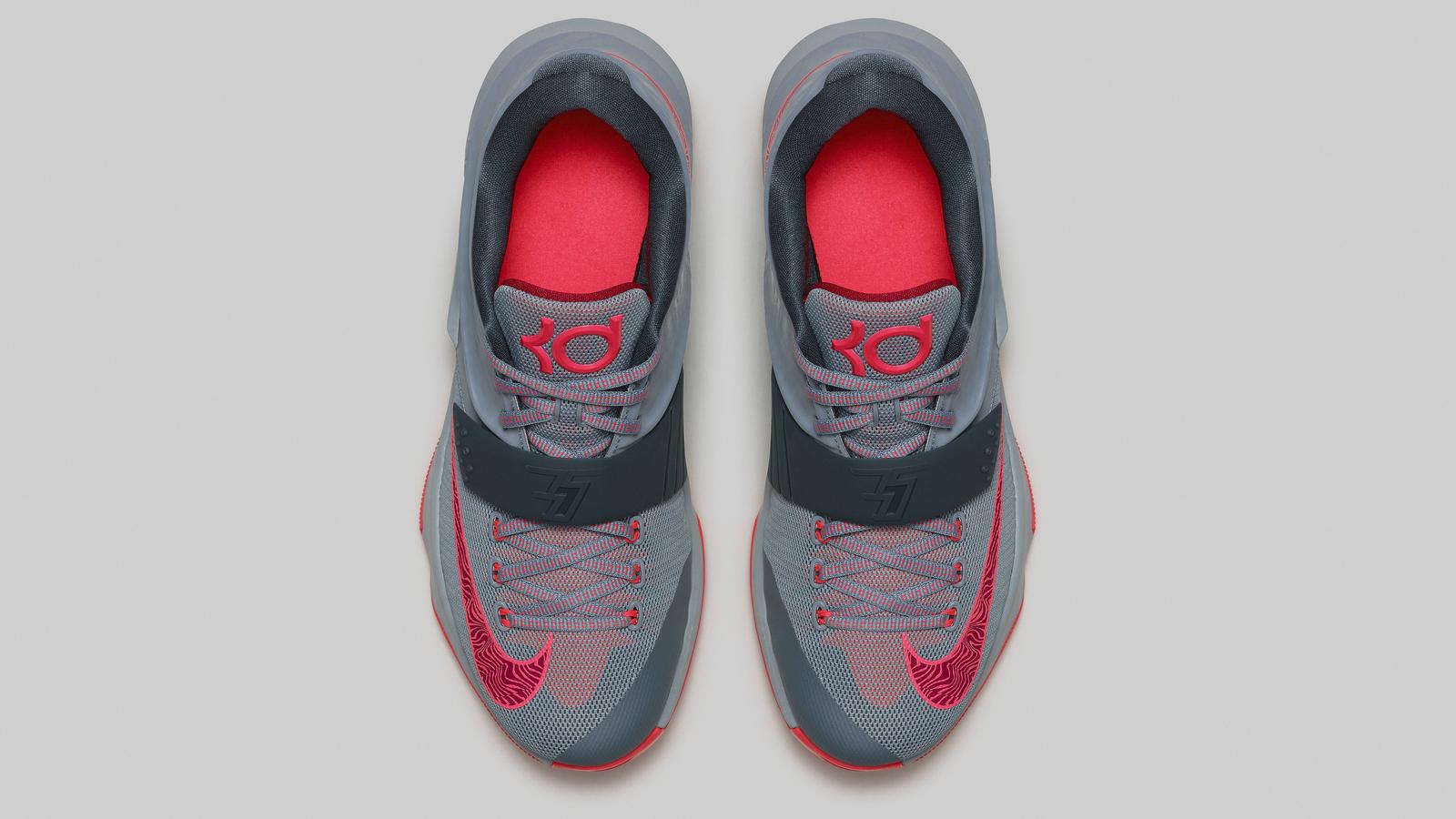 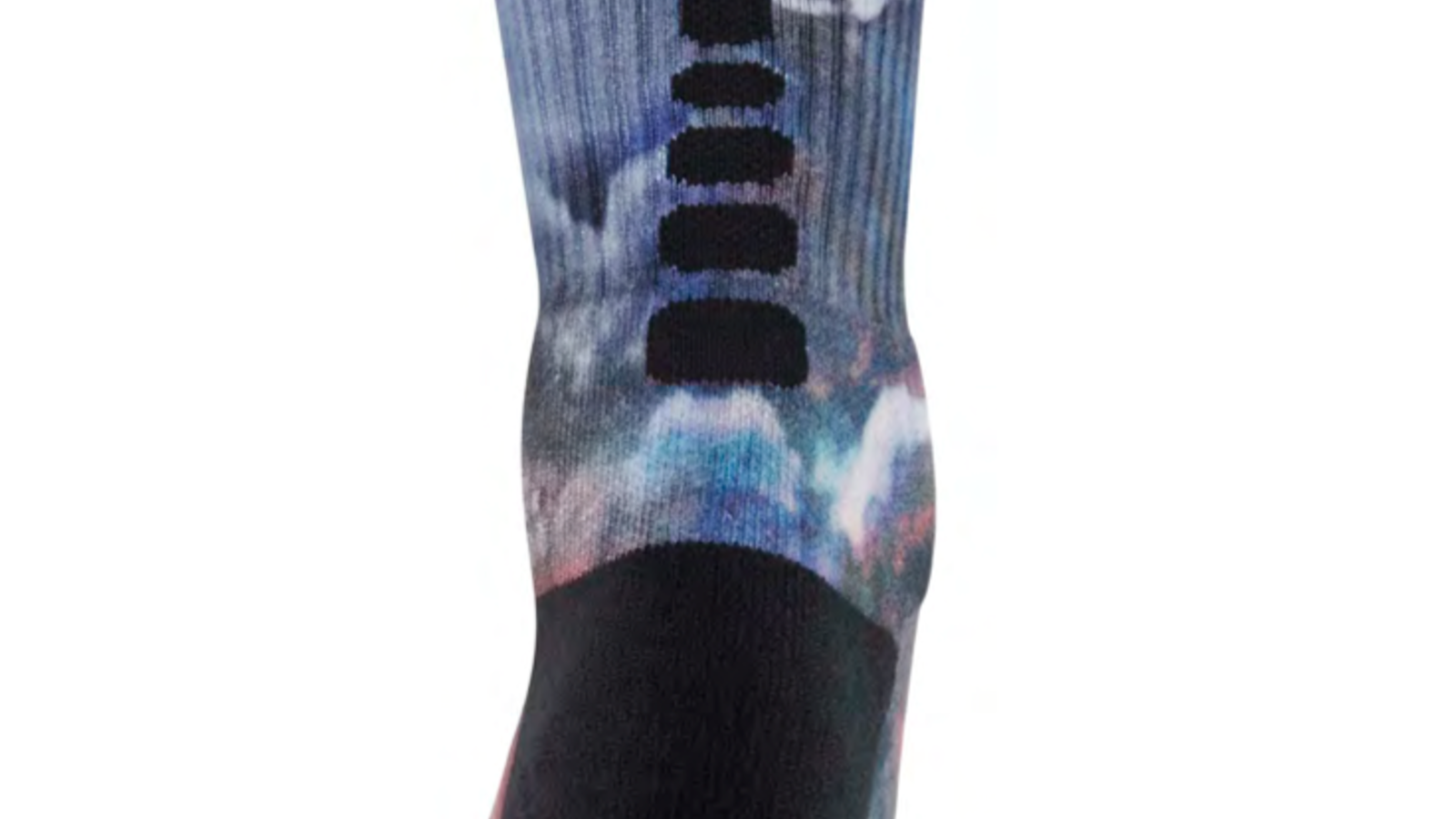 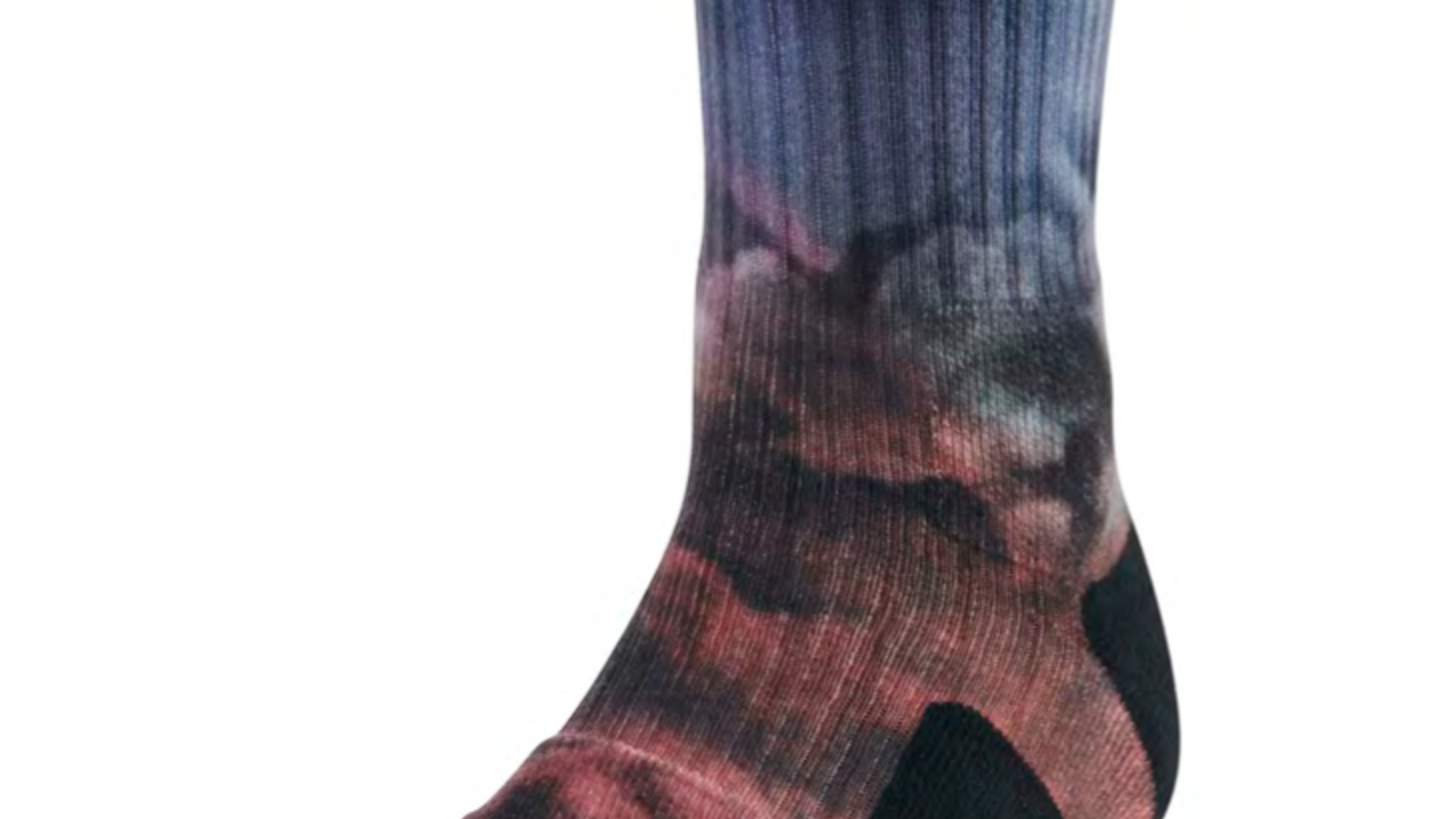 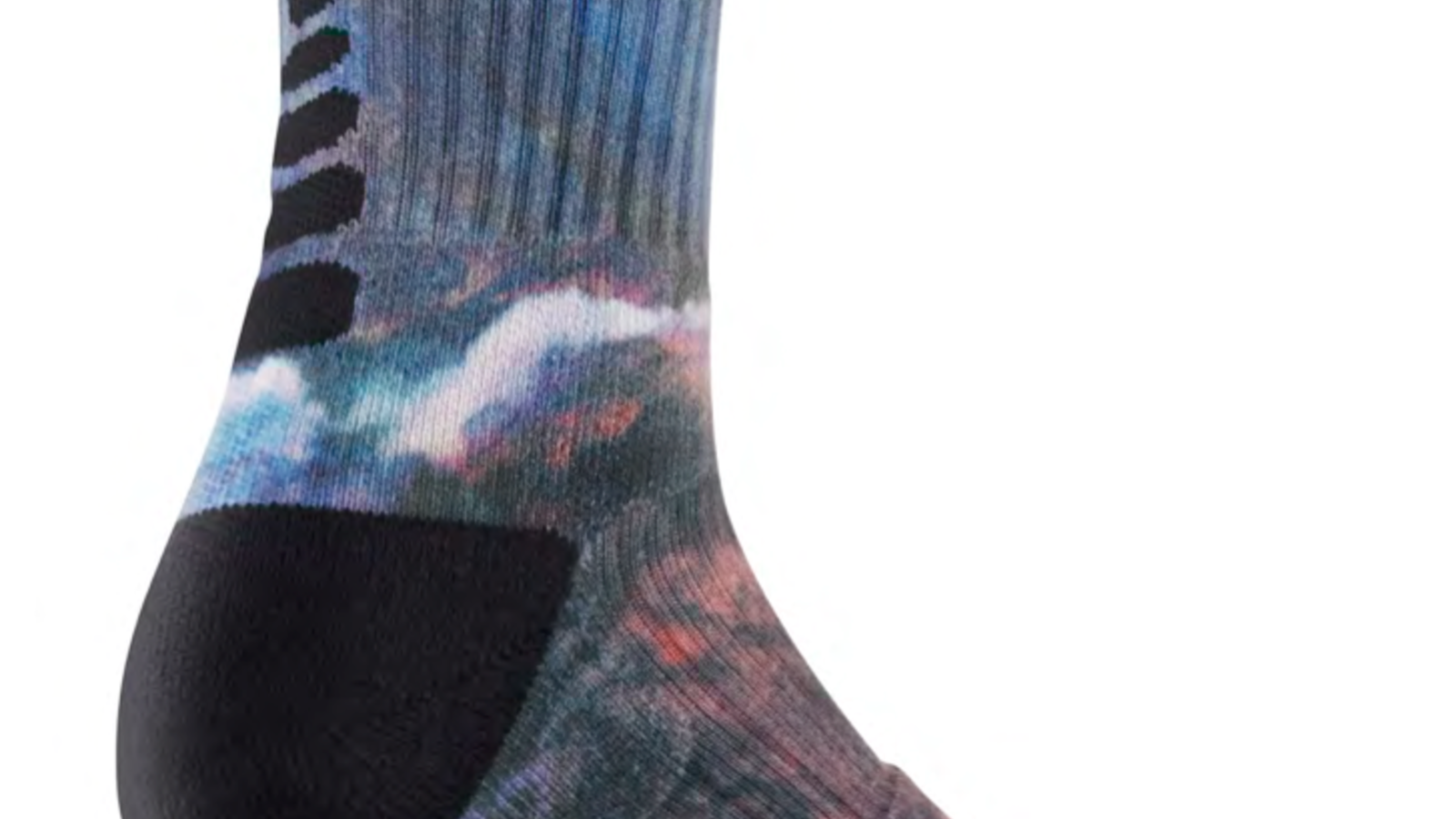 Like the deceptive calm before a storm, Kevin Durant can strike unpredictably and from anywhere on the court. At one moment he may appear cool and poised, but within a second he can instantly strike for 20 points in a quarter with lightning-quick decision making.

Nike designers have woven this weather narrative into Durant’s seventh signature shoe, as the KD7 Calm Before the Storm finds inspiration in KD’s game of steadily intensifying danger on the court. The shoe’s grey and pink color suggests a tranquil horizon before an impending storm.

Personal cues that are featured on each KD7 include a silhouette of Durant’s home state of Maryland embedded on the outsole and the names of his mother Wanda, his grandmother Barbara, his father Wayne and his brother Tony are featured on the forefoot strap.

The KD7 Calm Before the Storm launches in limited quantities on Aug. 16 at select retail locations and nike.com.