KD10: More than Meets the Eye

Ten years ago this month, Nike signed Kevin Durant and the skinny teenager almost immediately received his first signature shoe. A decade later, the risk has paid off with Durant and Nike designer Leo Chang writing a new playbook for developing a signature basketball line with authentic innovation and inspirations matching the athlete’s own trajectory.

Within Durant’s course is a consistent, subtle refinement of pure basketball efficiencies and mechanics. This same path is mirrored in progression from the KD9 to the KD10. For one, the Flyknit construction is the best yet on a basketball shoe — engineered precisely for flexibility, breathability and support just where needed. 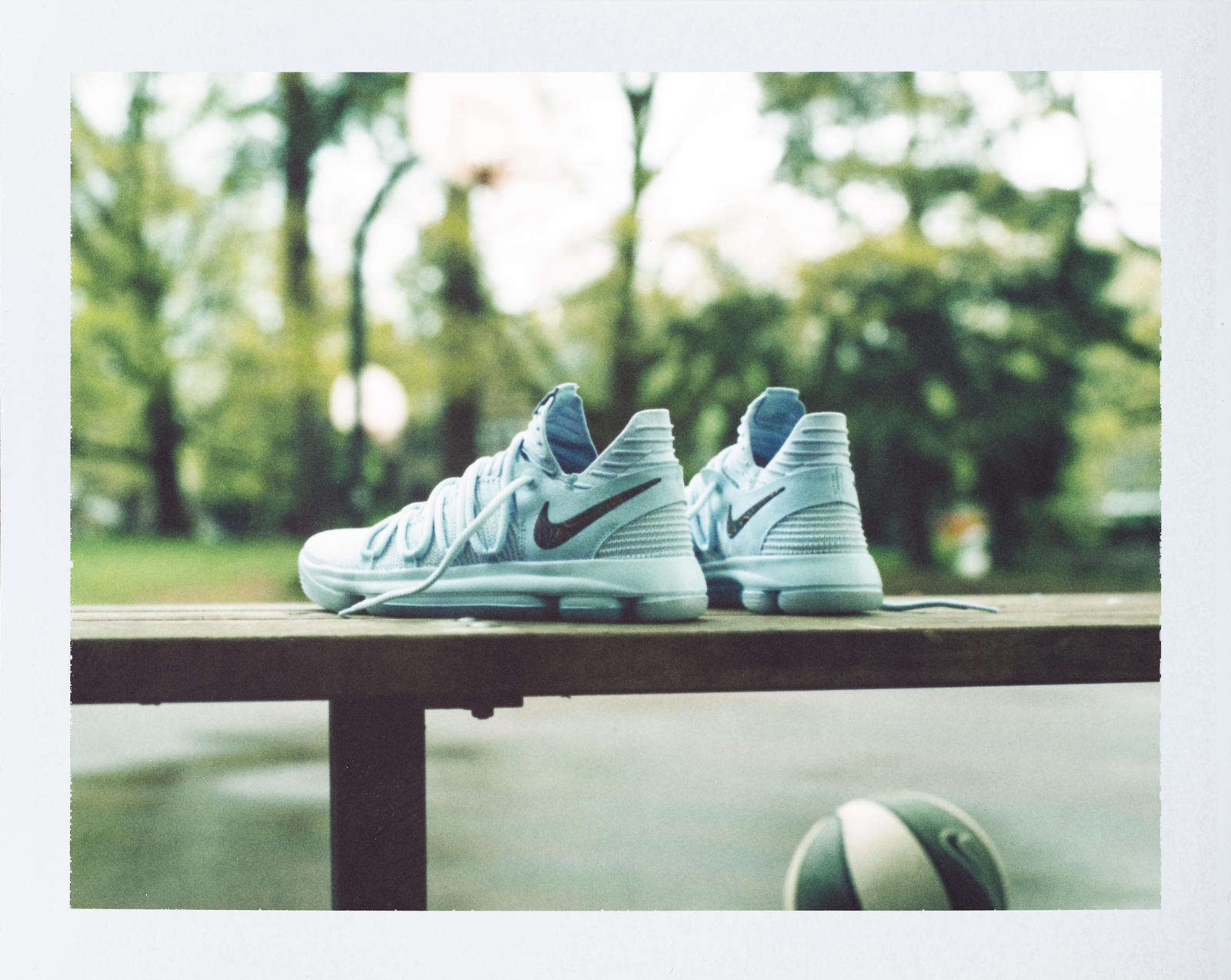 “I got a pair of the Flyknit Racer during the 2012 games in London and immediately loved them. That shoe is so stylish, so innovative and so comfortable. I’ve been asking for Flyknit in my shoe and the KD10 is my best shoe yet,” says Durant.

Flyknit advancements allow designer Leo Chang and his Flyknit engineers to create the most advanced Flyknit ever produced for basketball; a tour de force of the technological capacity mixing low stretch, high-tenacity (think seat belt) yarn at stress points and a high stretch yarn at the collar and across the forefoot. This blend yields a perfect balance of basketball-specific support and a sock-like hug. 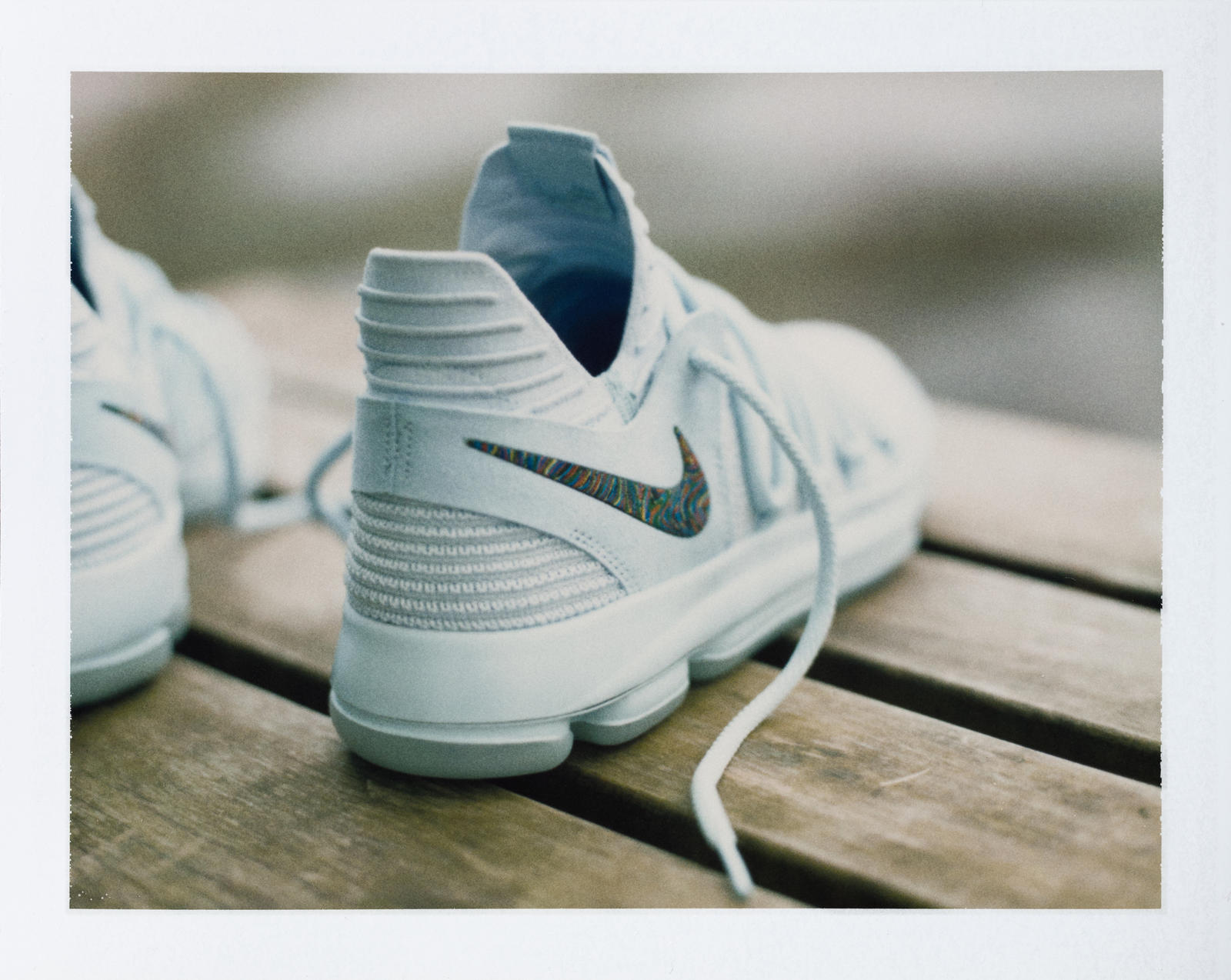 This Flyknit finding form on the 10th edition of the KD line isn’t lost on Durant. “Ten years of anything is pretty huge, but adding something as great as Flyknit makes it really special,” he says. In fact, Durant counts it as one of the two most notable shifts in the signature line’s evolution. “The KD6 was a big turning point. I trusted Leo and Nike to make a low shoe that I can wear on court, and I loved it. Now with the KD10, we combine a low cut with my favorite upper material.”

The unconventional lacing system is designed to keep the foot snugly supported to the midsole. Durant “loves the laces” explaining “they are big and stand out from a mile away. It is one element Leo and I talk about when working designs — one thing that goes under the radar is the laces. To have Flyknit and a unique lacing pattern was key for us,” he says. Look closely at the knit structure of the gusset too — the ribs create perfect gullies for the laces to lie. 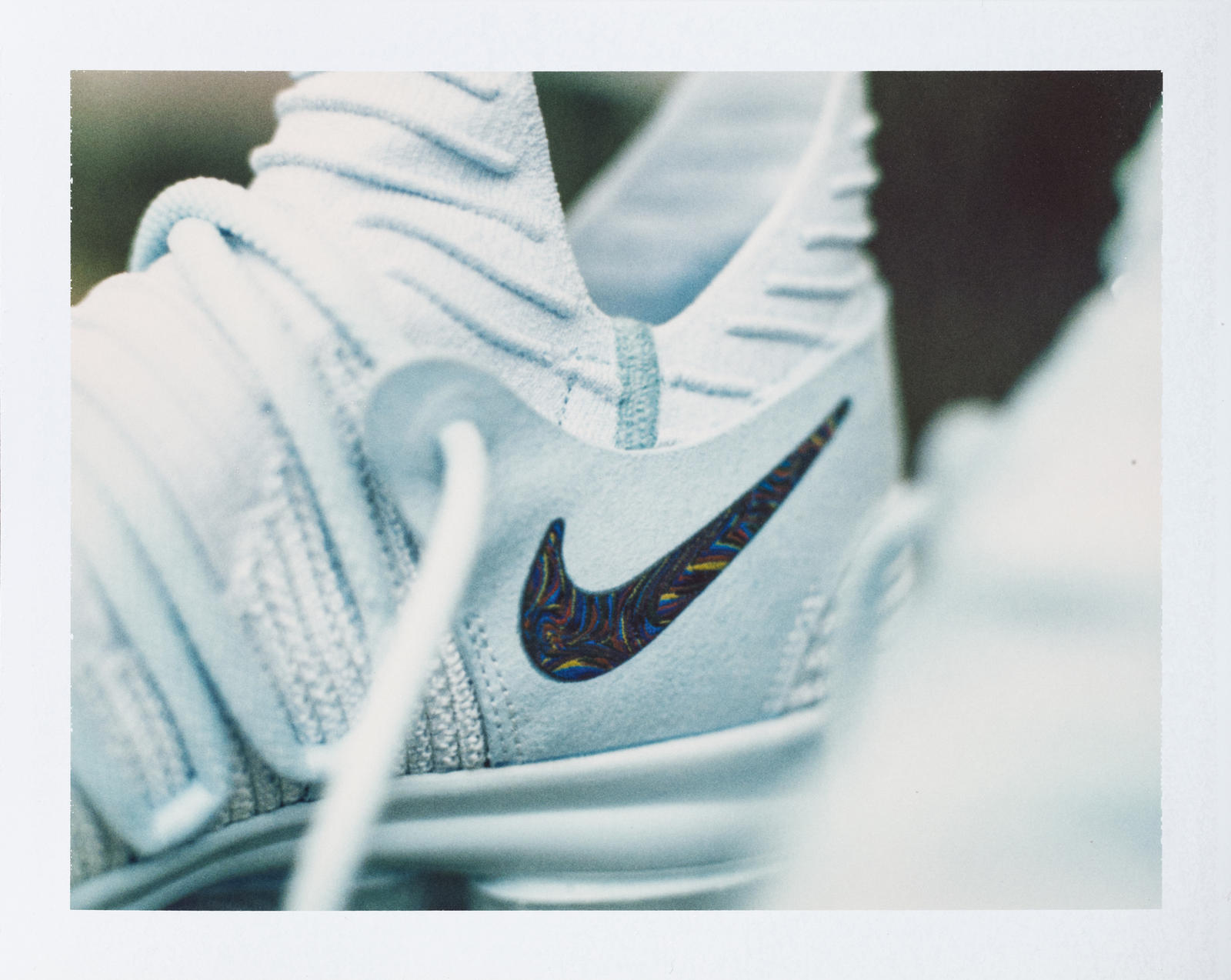 Available May 26, the KD10 Anniversary colorway is a faint blue, with a Swoosh featuring intermixed team colors from Durant’s teams since college.  This mélange, bespoke Swoosh celebrating a 10-year anniversary is a first for Nike.  The KD10 Still KD (white) colorway drops June 1 on SNKRS and June 2 full distribution.