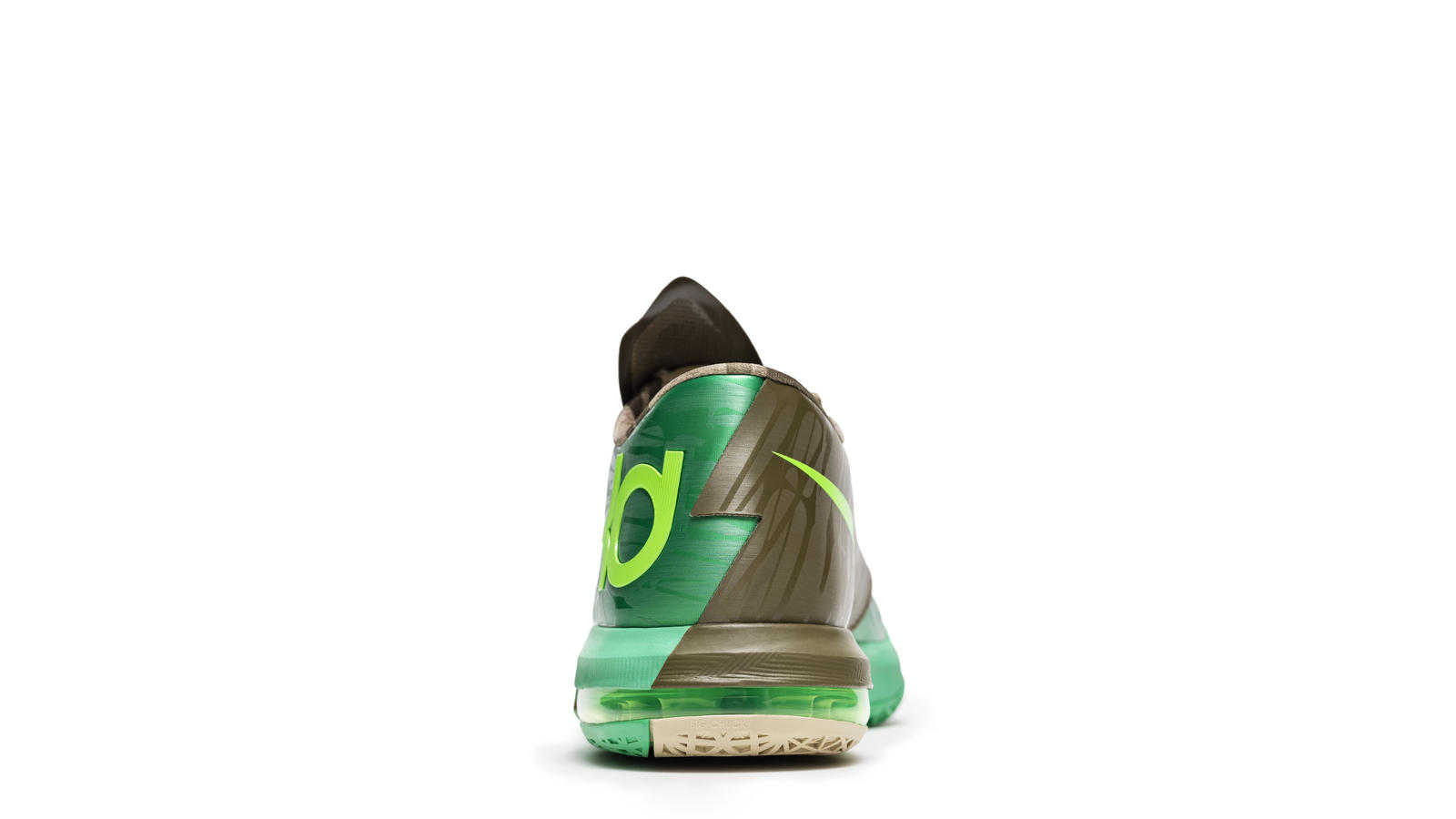 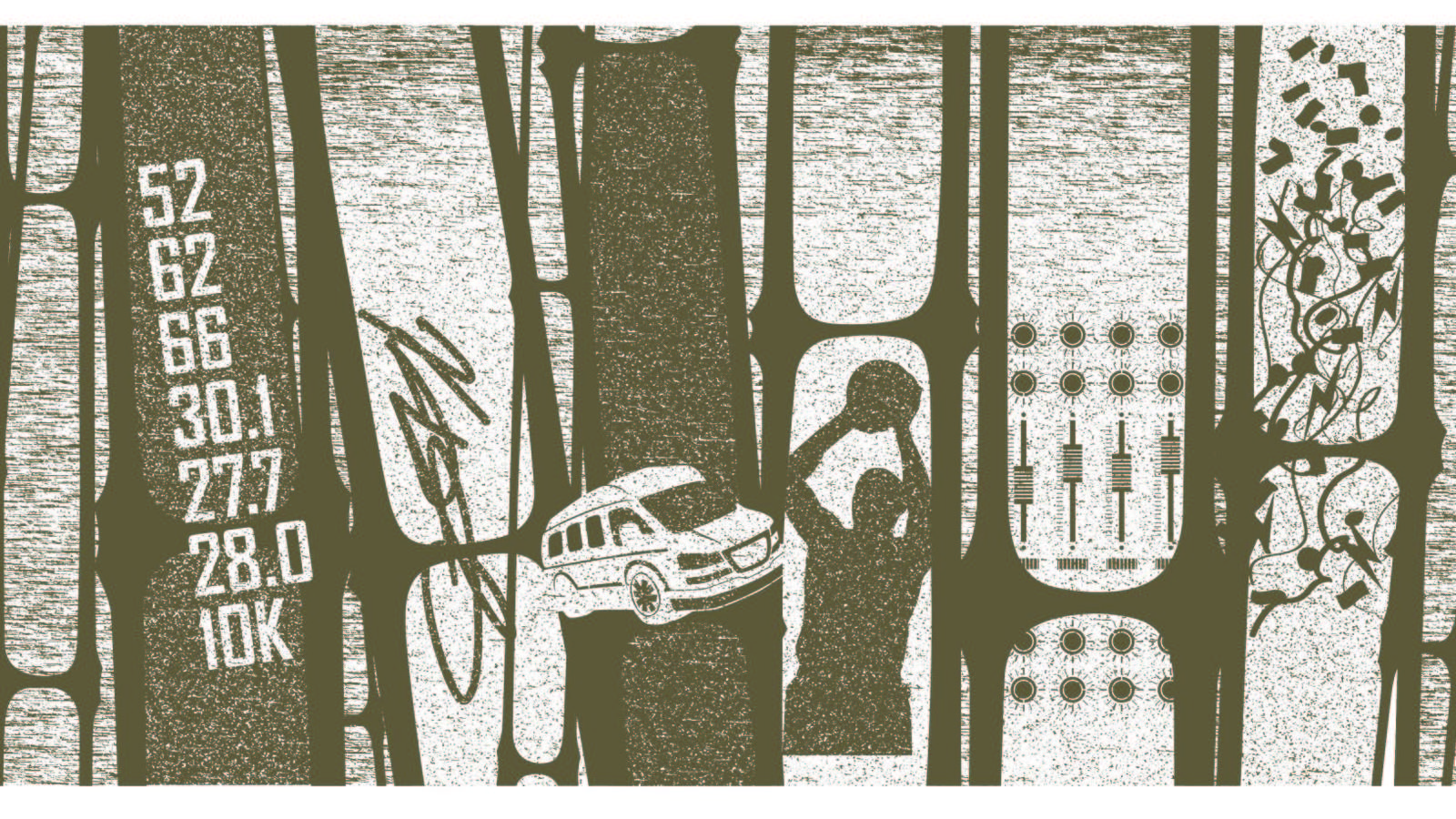 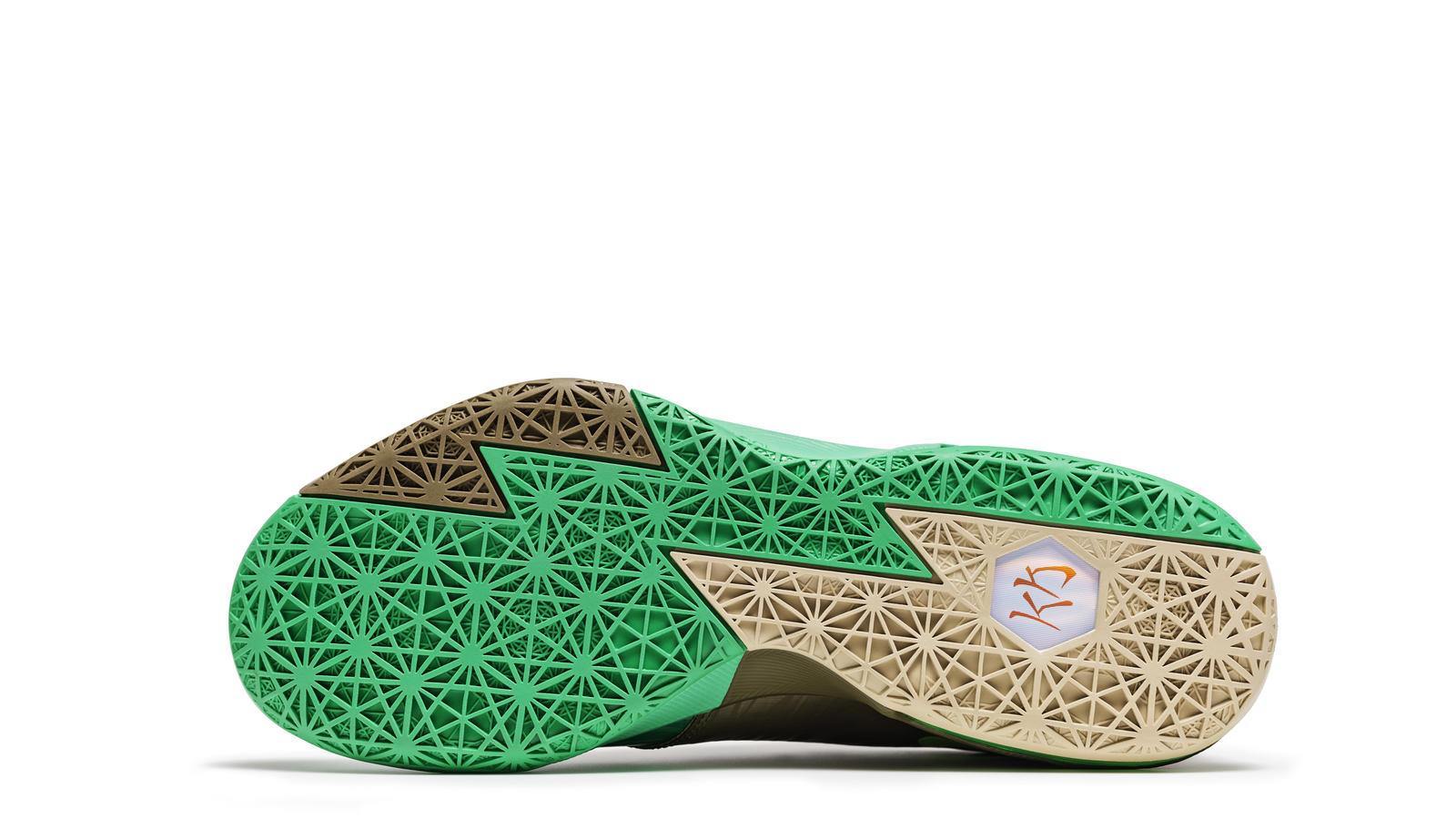 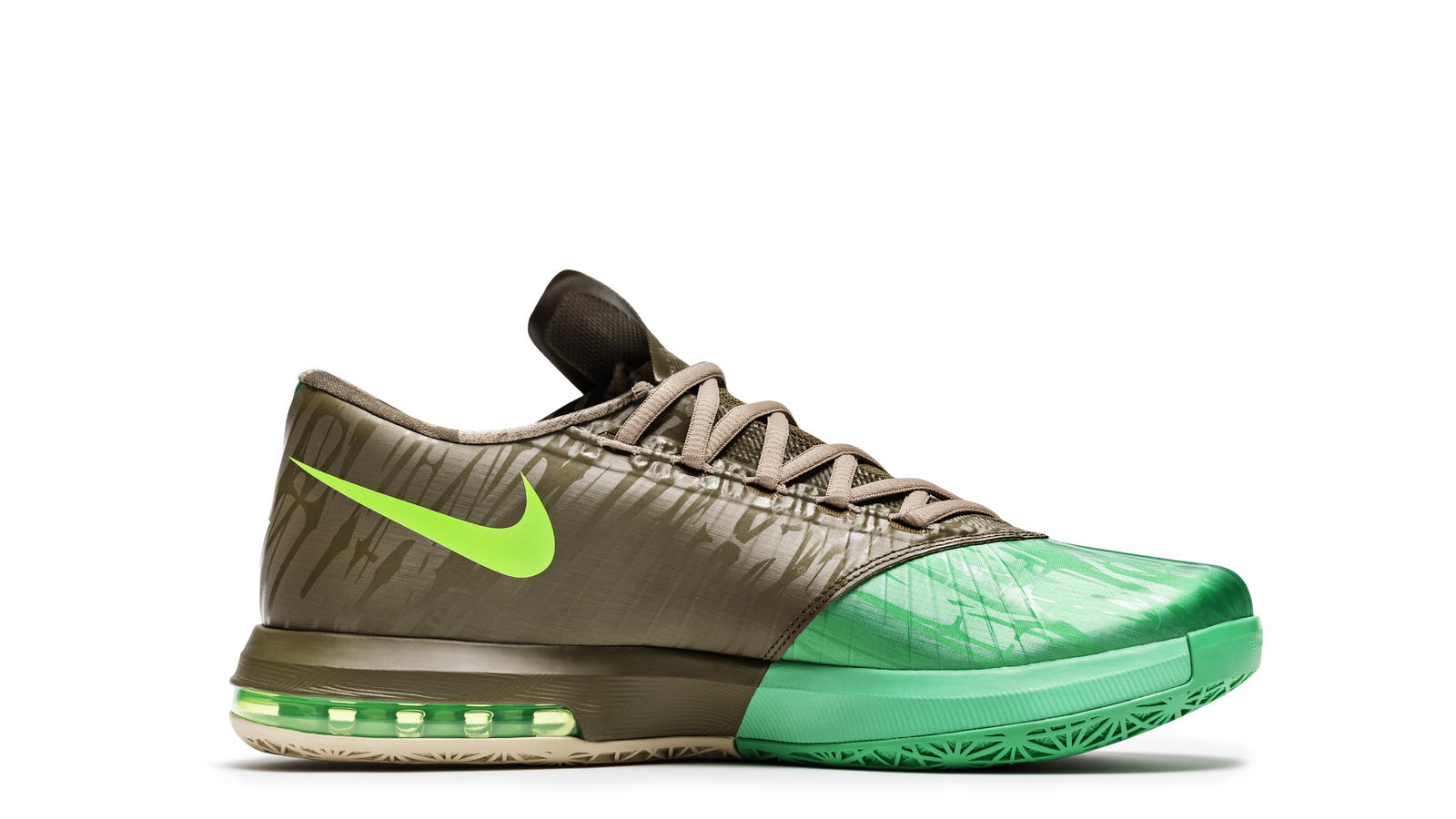 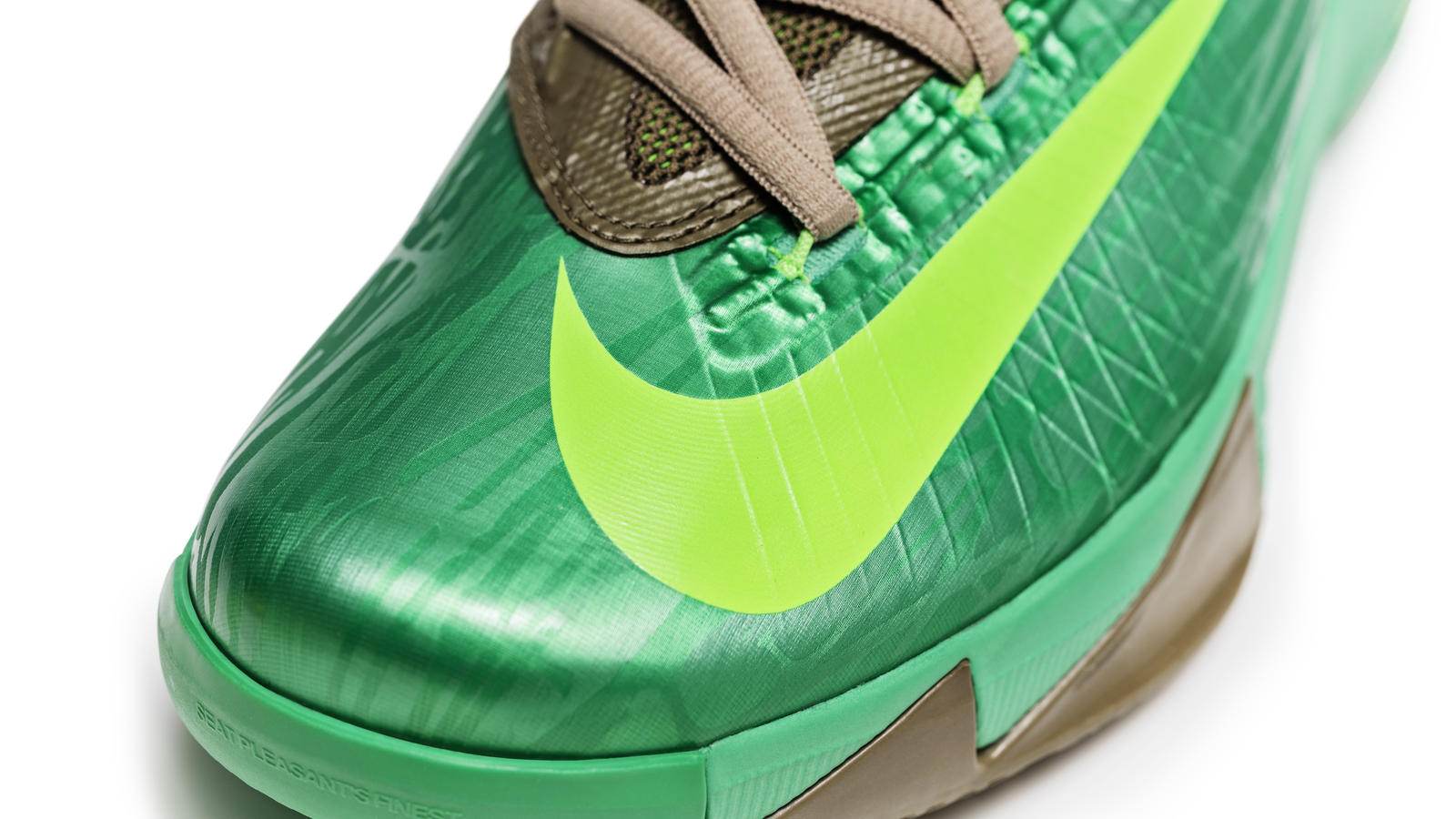 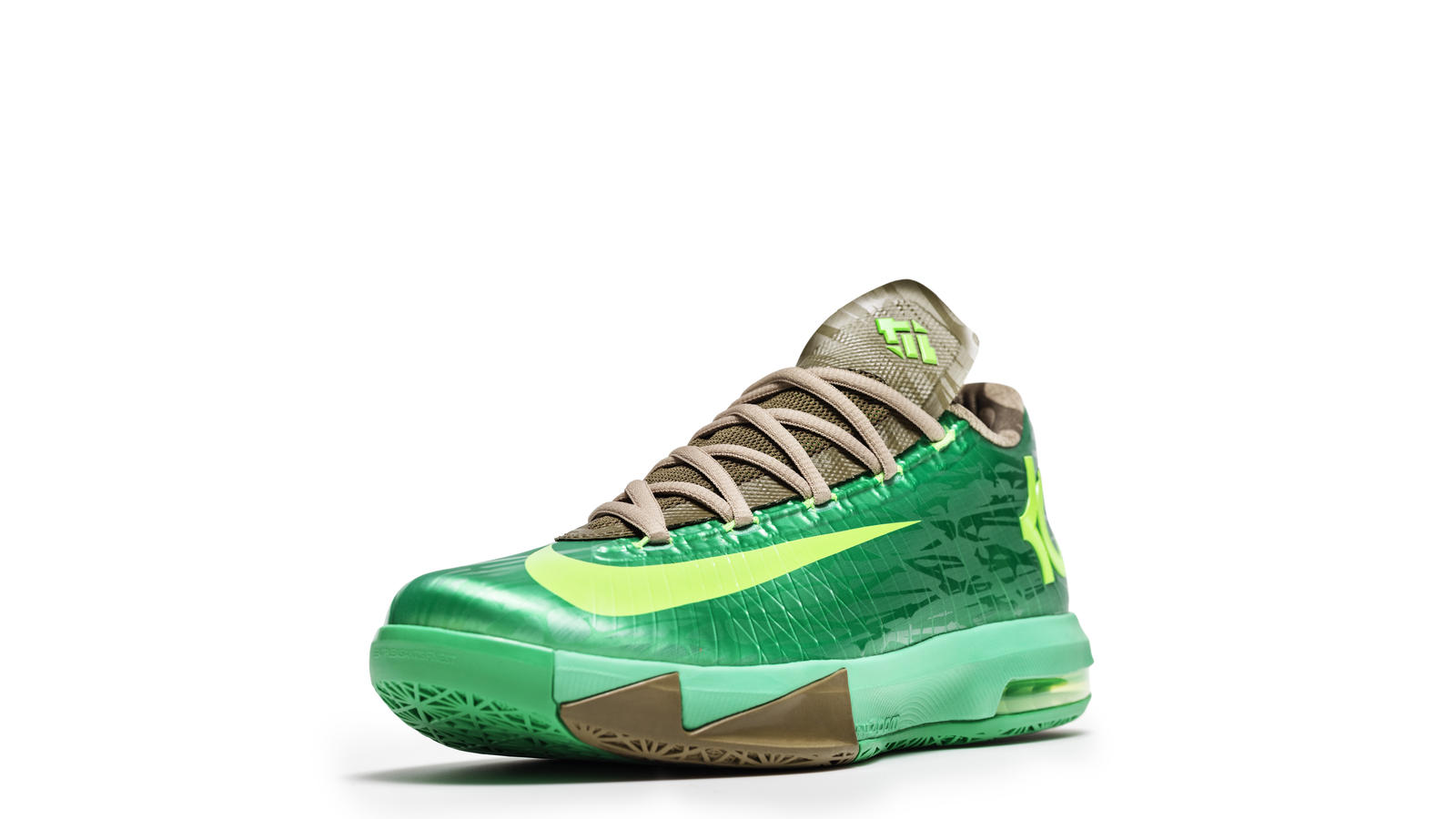 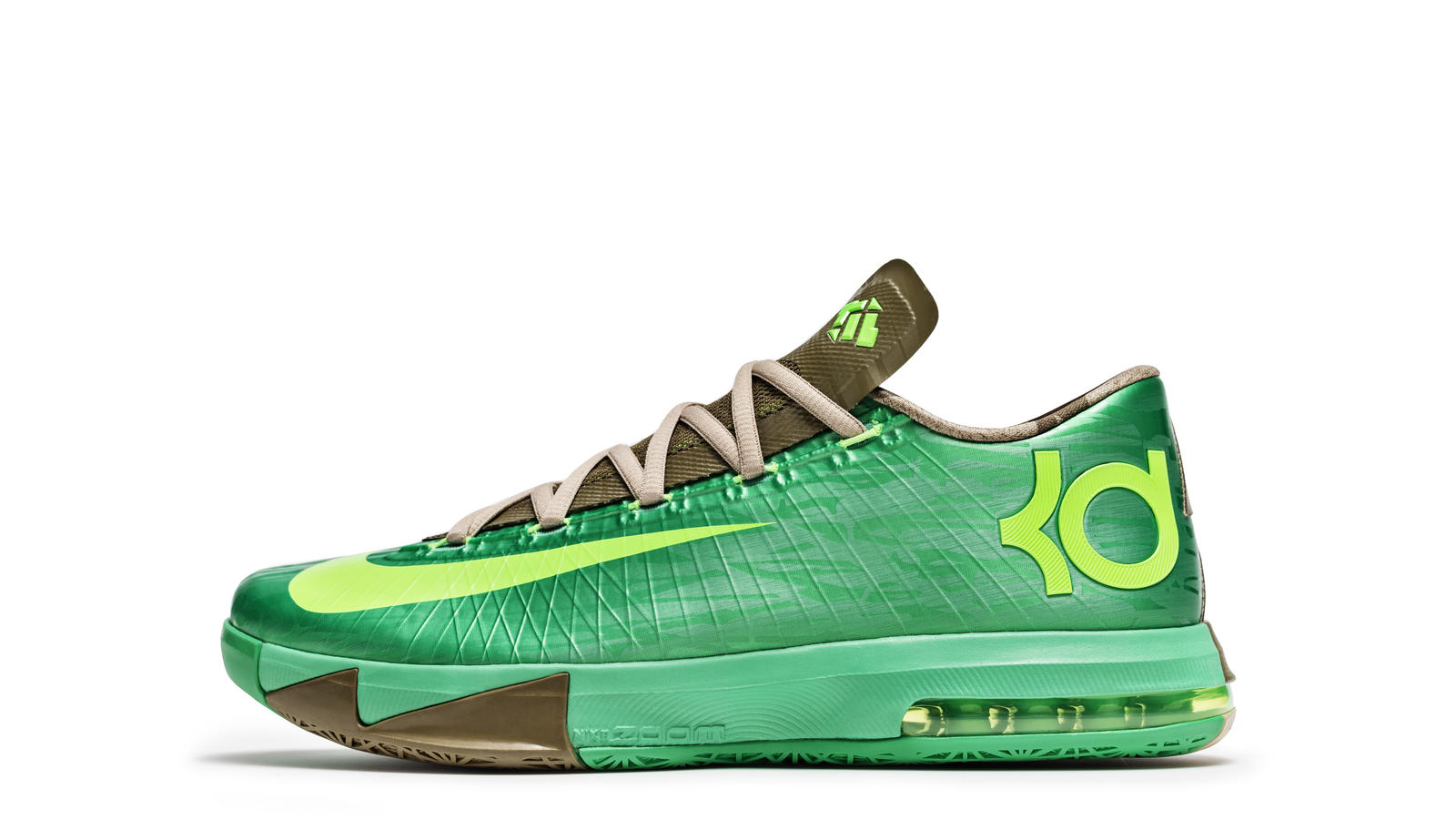 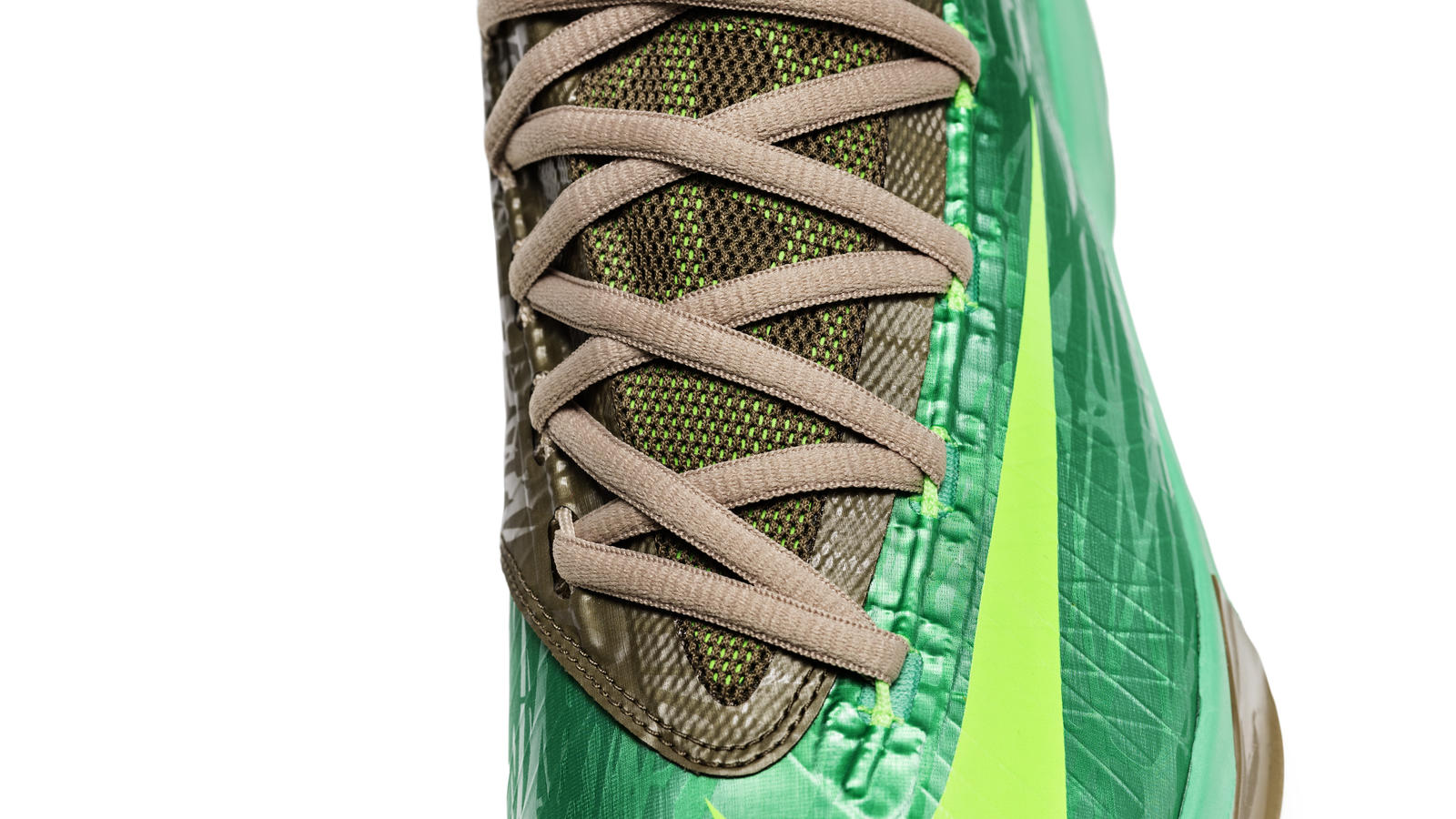 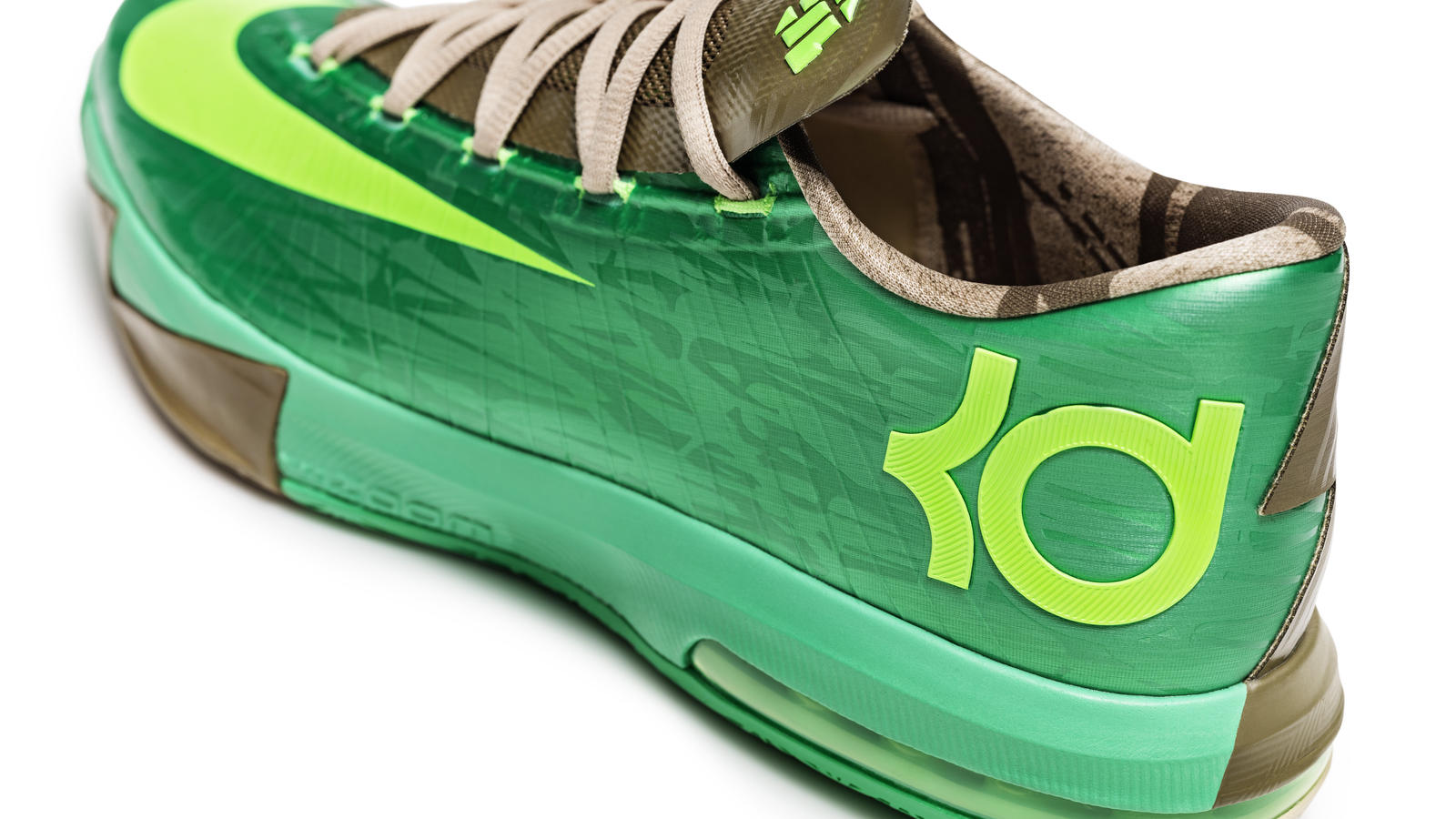 The KD VI Bamboo colorway echoes the traditional Chinese values associated with bamboo: balance, harmony, toughness and versatility. Typically after four consecutive years of delicate care, bamboo undergoes a transformation in its fifth year. This story parallels the growth of Durant’s game this past season, his fifth in the league playing for OKC.

The shoe’s green and bronze upper represents the color of bamboo in its different growth stages, and is overlaid with a bamboo graphic pattern design.  A special KD logo on the outsole is derived from the Chinese character for bamboo, ironically similar to the english letters 'KD.' The graphic design of the shoe lining draws its inspiration from the "Six Arts" of ancient Chinese culture.