Jordan Brand and UNION Go Forth With Renewed Emotion

For Chris Gibbs, owner of UNION LA, basketball culture has a linear line and organic flow into streetwear. “Jordan is historically a sports brand, but streetwear always takes from the communities and cultures that we are inspired by, and we make it new within our culture,” Gibbs says.

The latest round of the ongoing Jordan Brand and UNION collaboration sees that train of thought through. It acknowledges the feeling and emotion of Jordan beyond the arena, continuing an effort to capture a holistic view of the late ’80s and early ’90s defined equally by advertising, music, street style and, yes, a few magic competitive moments. 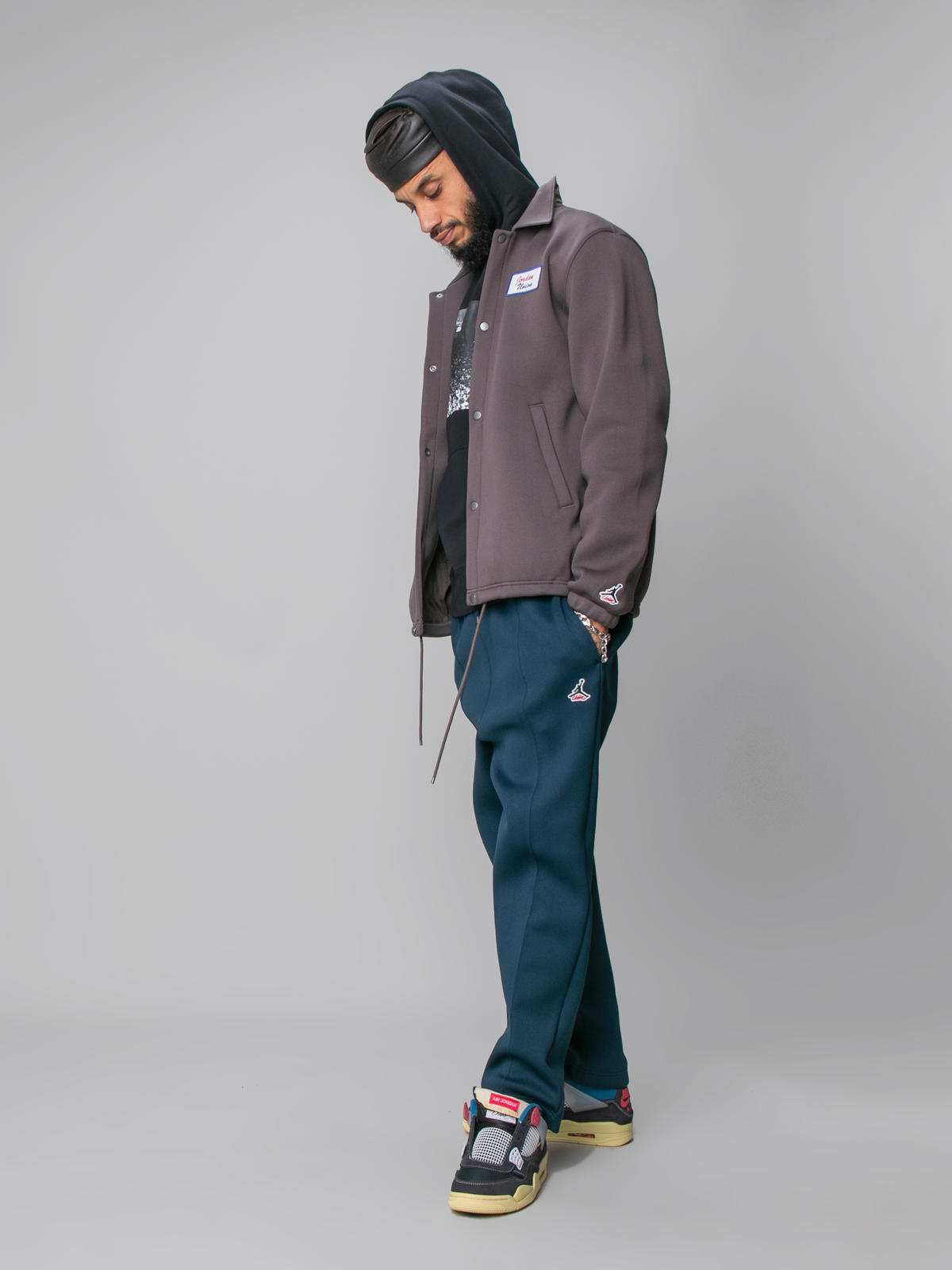 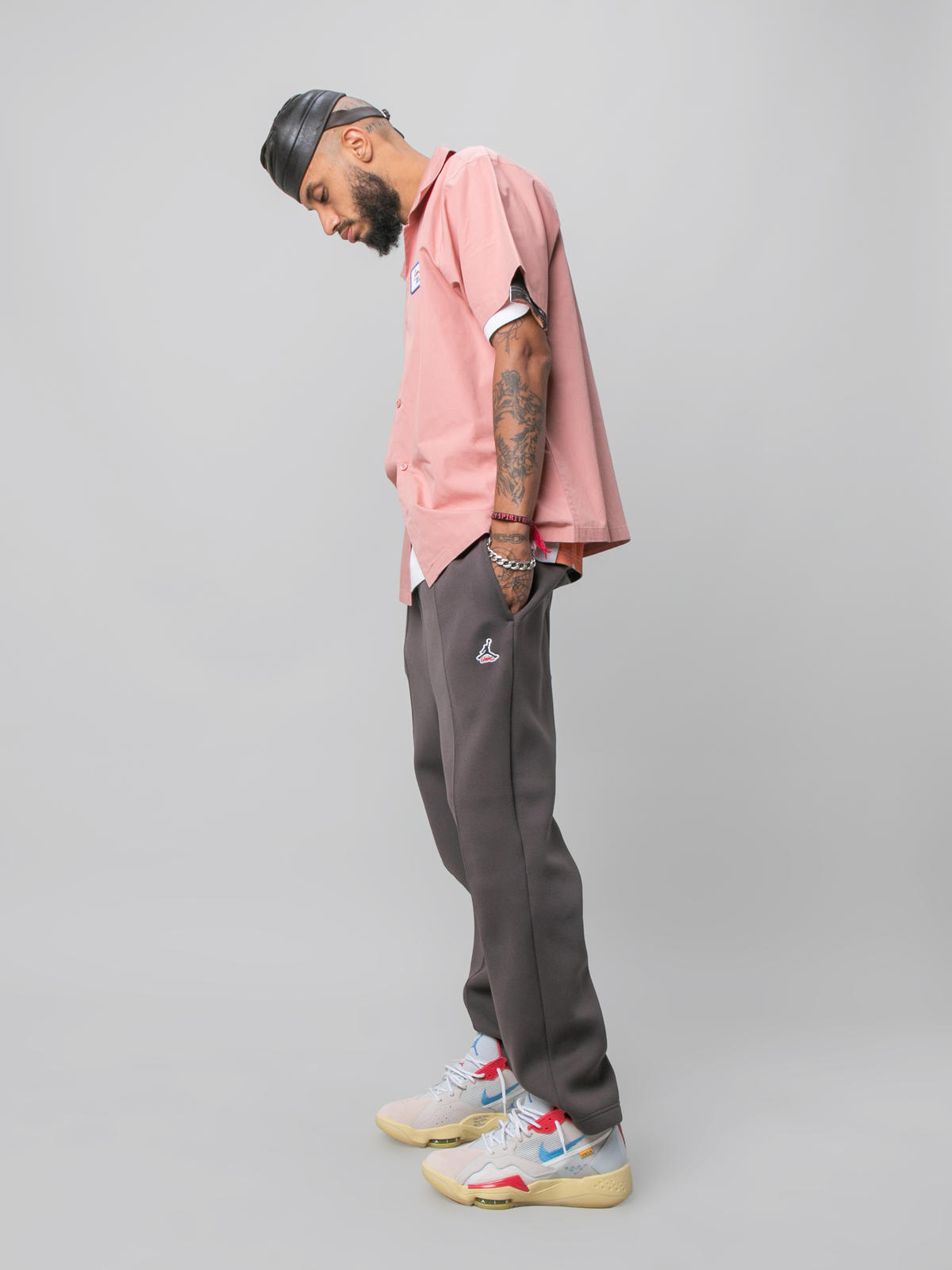 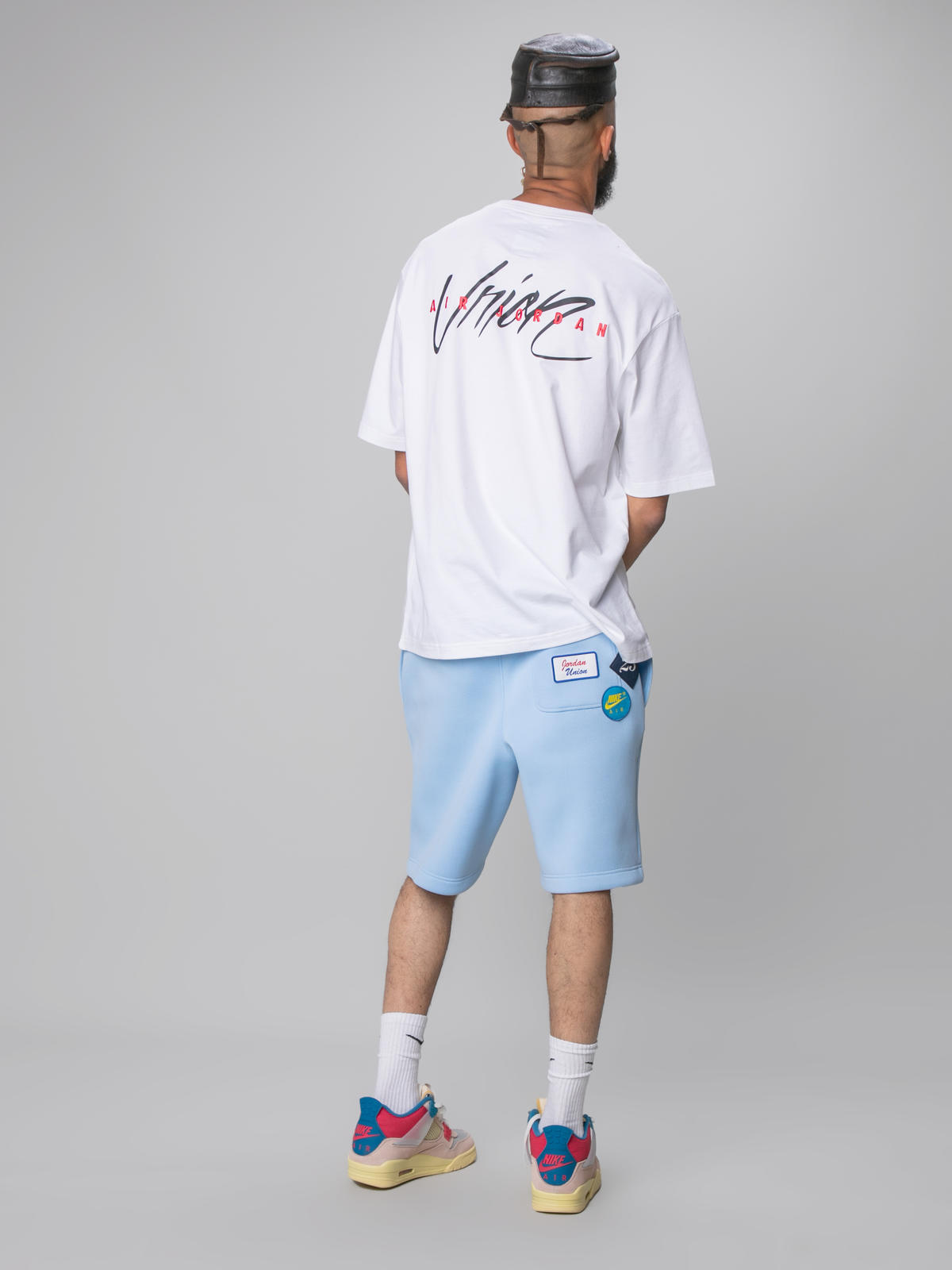 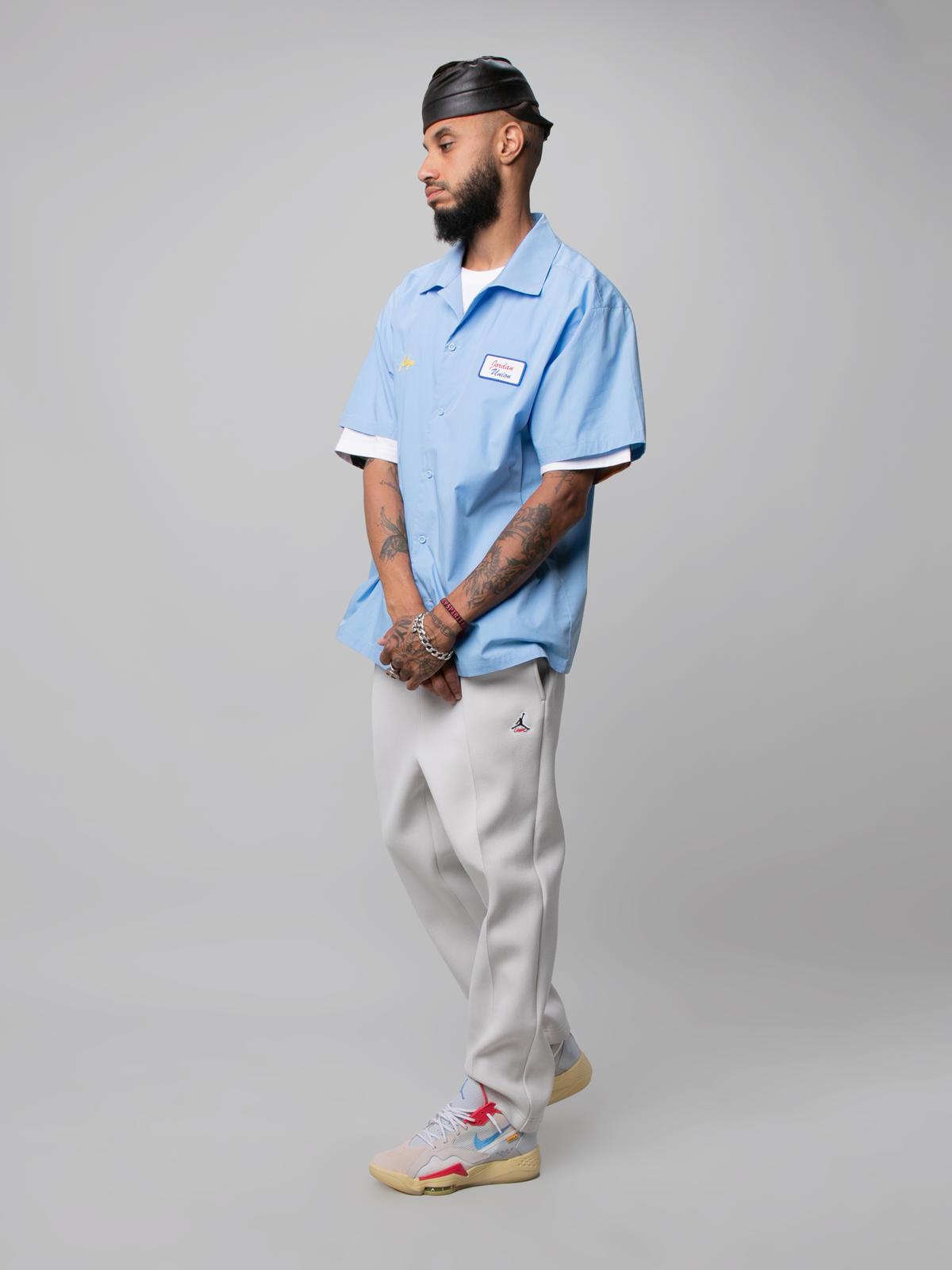 With the Air Jordan IV as starting point, Gibbs guides a collection that highlights fabrication and material. The apparel pushes ubiquitous sportswear forms to new places.

“One of the things that helped me evolve in streetwear was when I was introduced to Japanese streetwear. That's when I saw people thinking about fabric qualities and different shaped bodies to illicit a certain point of view," says Gibbs. "That's the lens that I want to look through — the attention to detail and to different fabrications."

A coaches’ jacket and track pant transform into an elegant leisure suit. The related shorts channel a basketball sensibility, but with a more formal drape. Muting traditional collegiate colors — reds, blues and blacks — gives the collection a refined subtlety.

This is not to say there are not overt nods to the inherent boldness of the ’80s. Gibbs pays homage to the graphics of that era in an assortment of T-shirts that carry new and interesting ways of working with images. "I'm a big fan of big graphics going on the back. That's just me. You're going to see that a lot," he says. 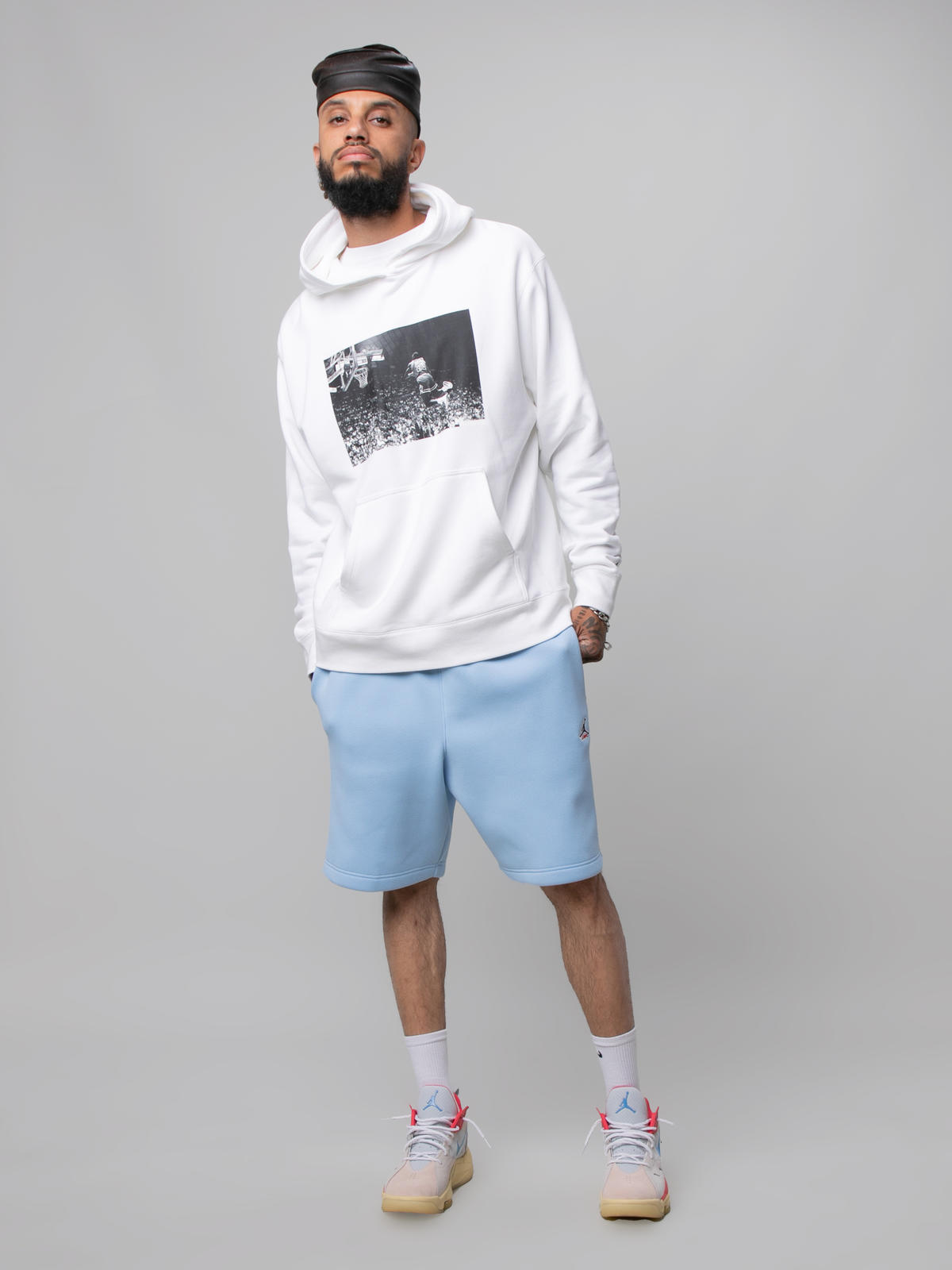 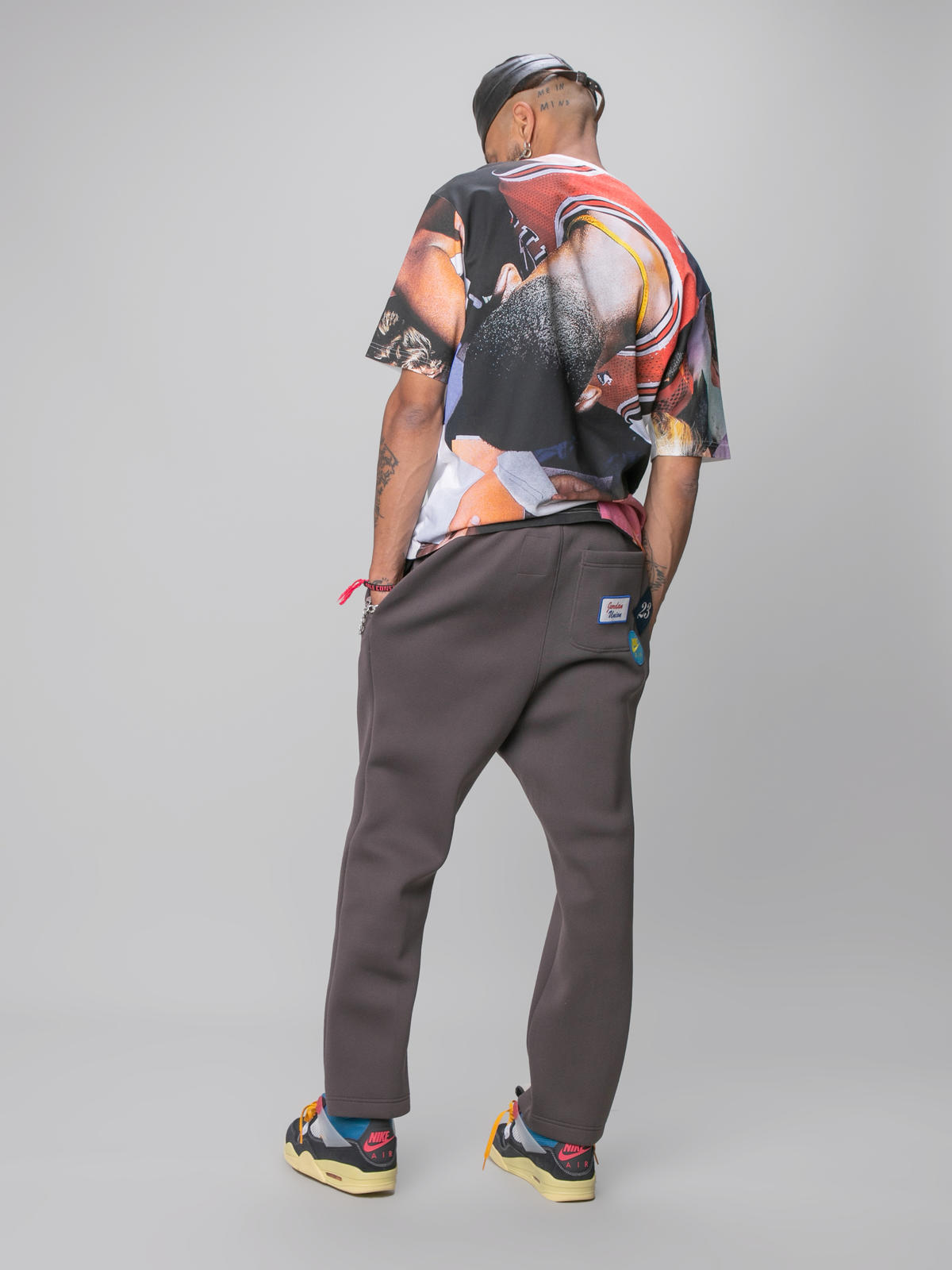 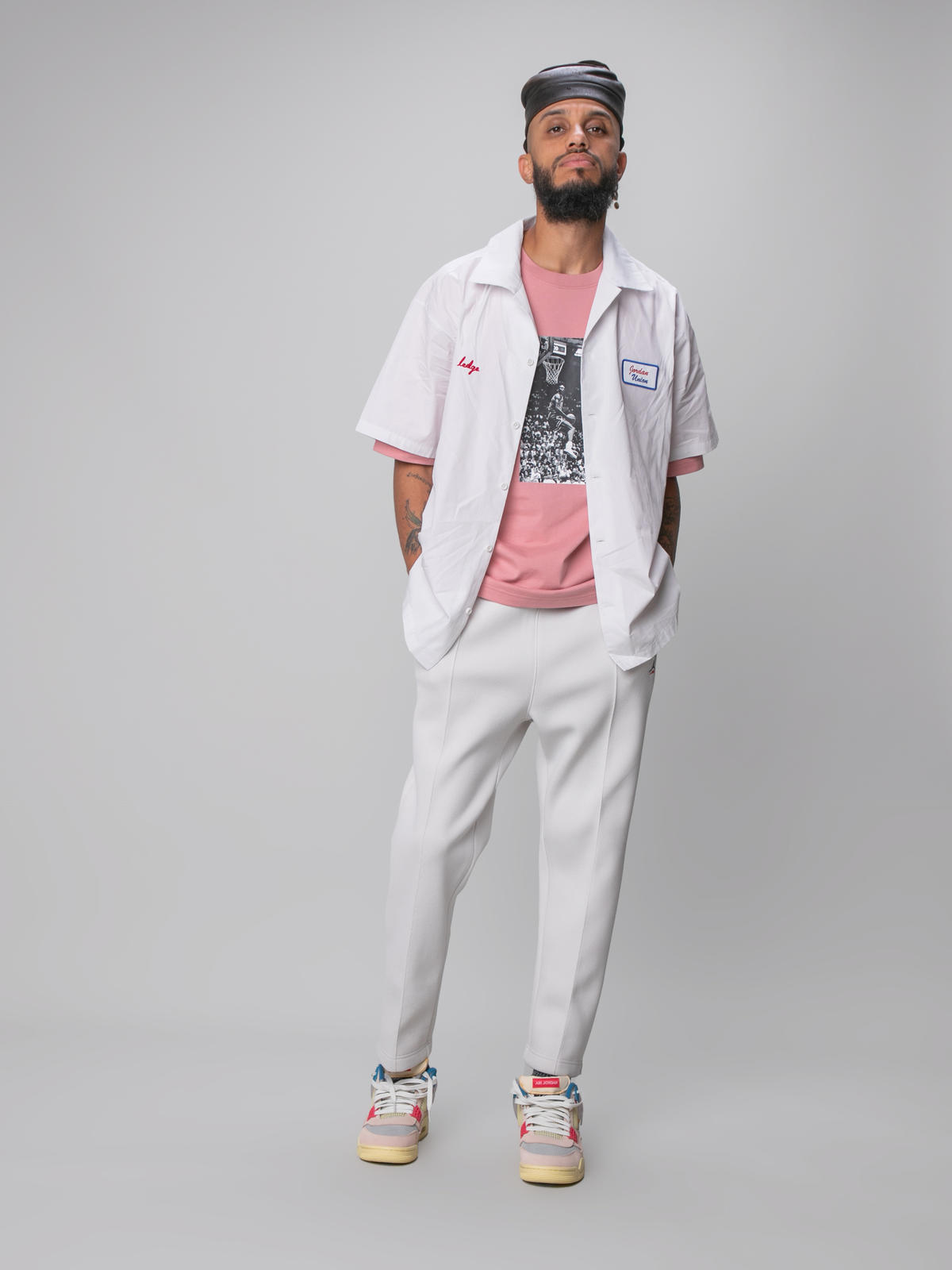 Rich suede and meshes cover the three footwear styles (inclusive of two colorways of the IV, a Jordan Zoom 92 and the introduction of a Jordan Delta Mid).

Similar to the apparel, the IV evolves with subtle tweaks to material and shape. The suedes and meshes remain but are given new depth and dimension. Gibbs shifts an element of the vamp to more overtly frame the toebox. The hallmark Wings are slightly reimagined. And then there's a noticeable, even dramatic, reimagining of the tongue.

"With the IV — maybe it's the angle of my ankle — but I had a problem with the way the tongue hit my shin," says Gibbs. "When I was younger, I'd often fold it over and tie it down. I wanted to shorten the tongue. But, I am a fan of collaboration and compromise. So we decided to fold over the tongue and stitch it down, allowing for easy removal to reveal the traditional tongue." 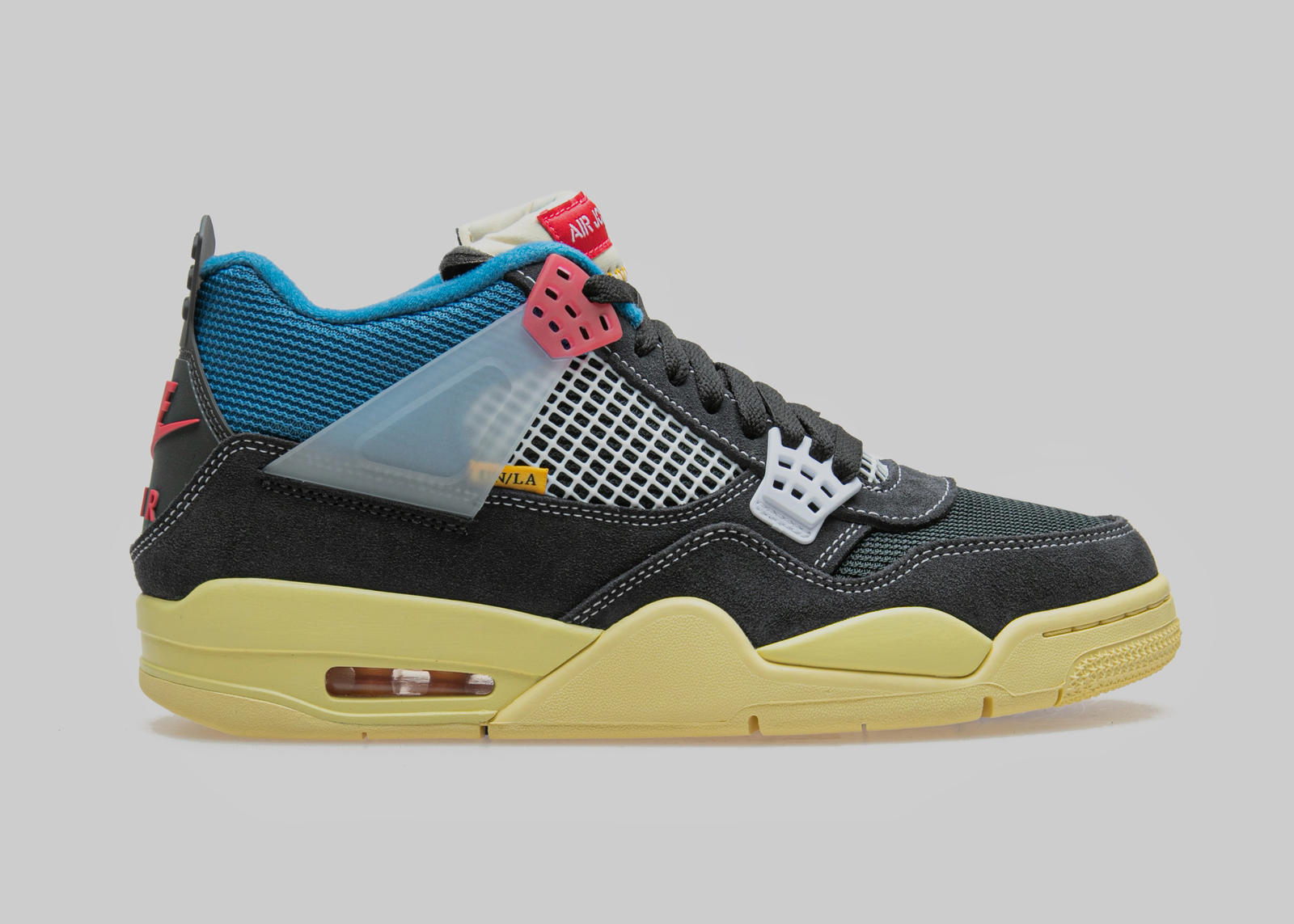 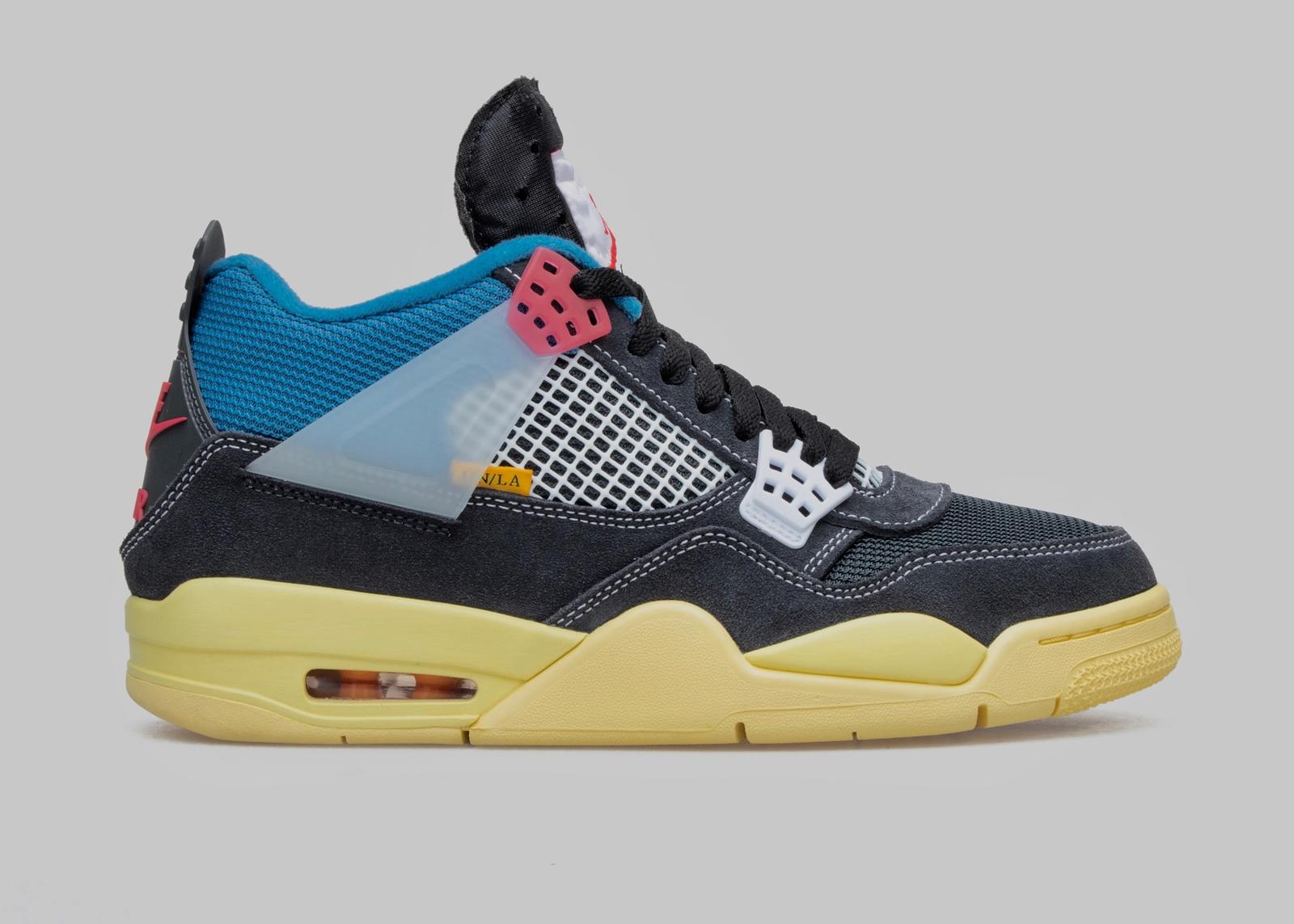 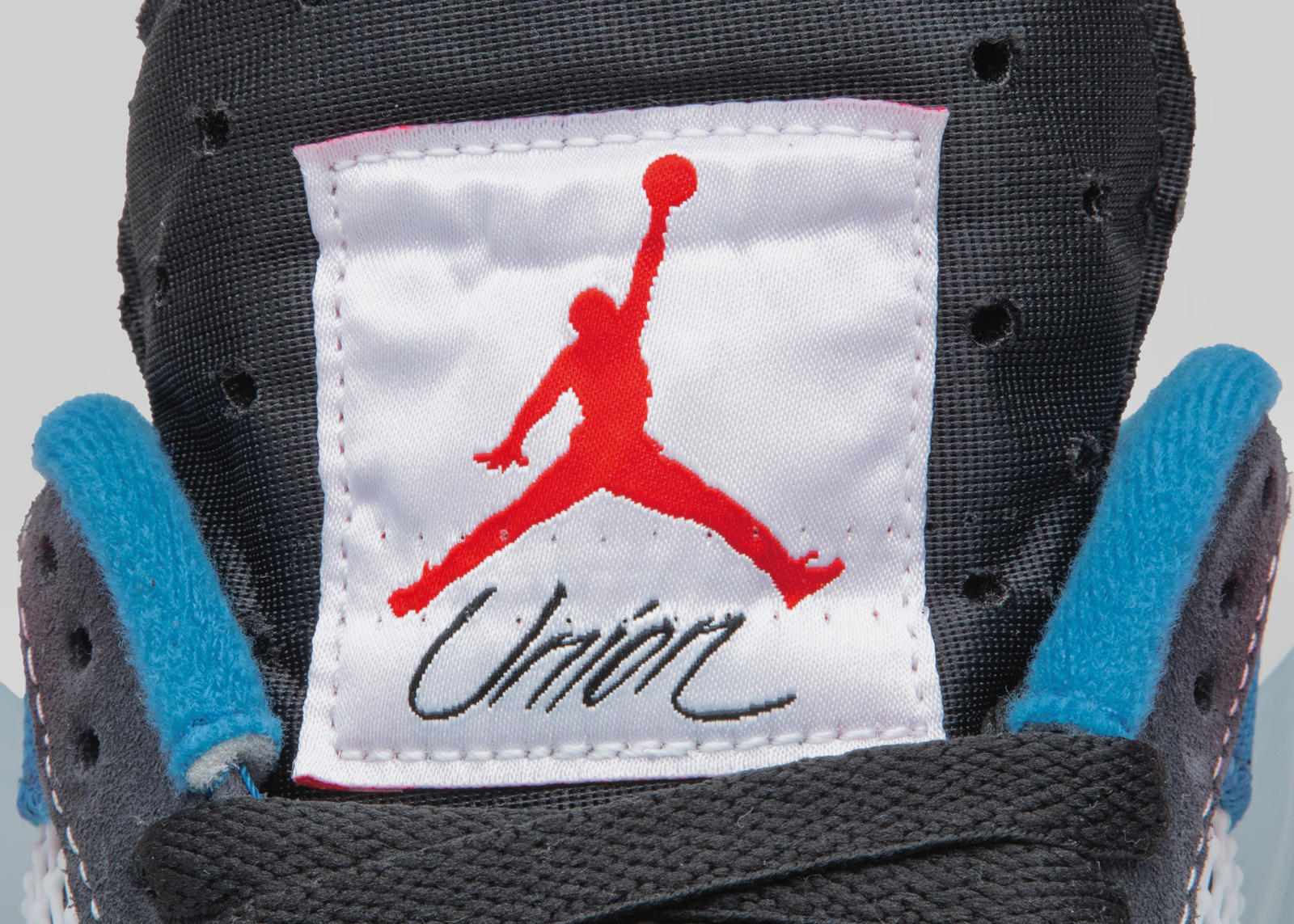 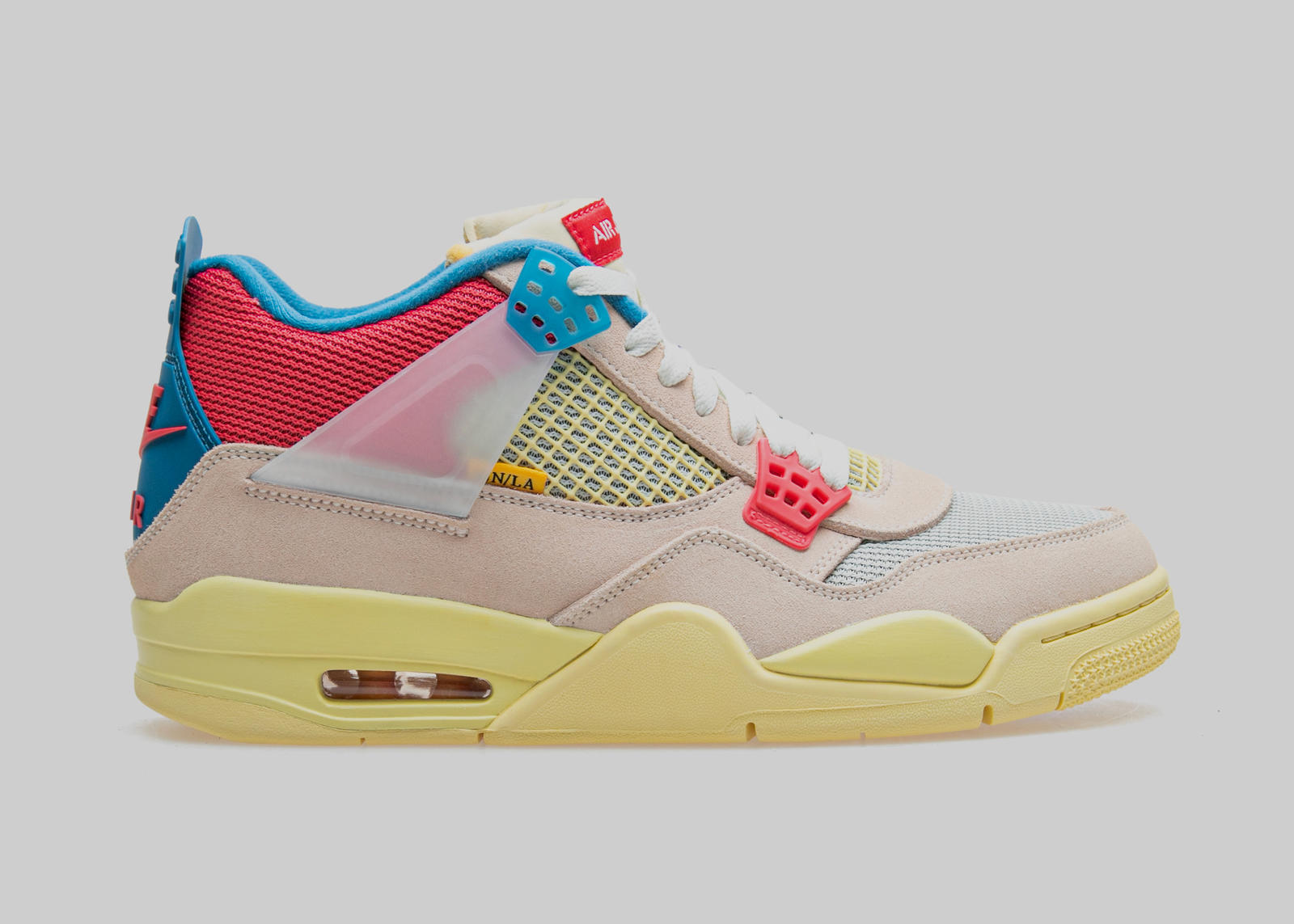 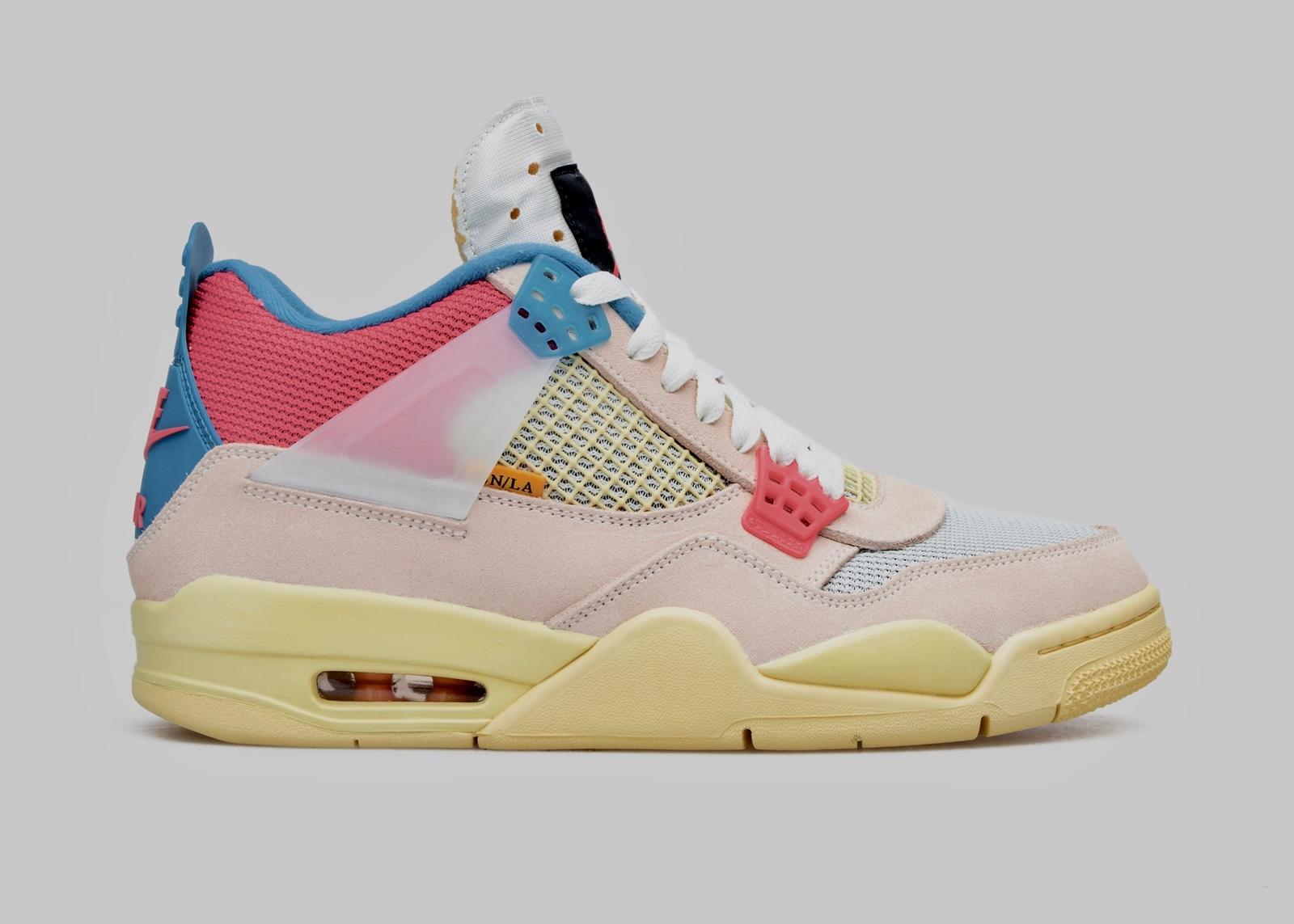 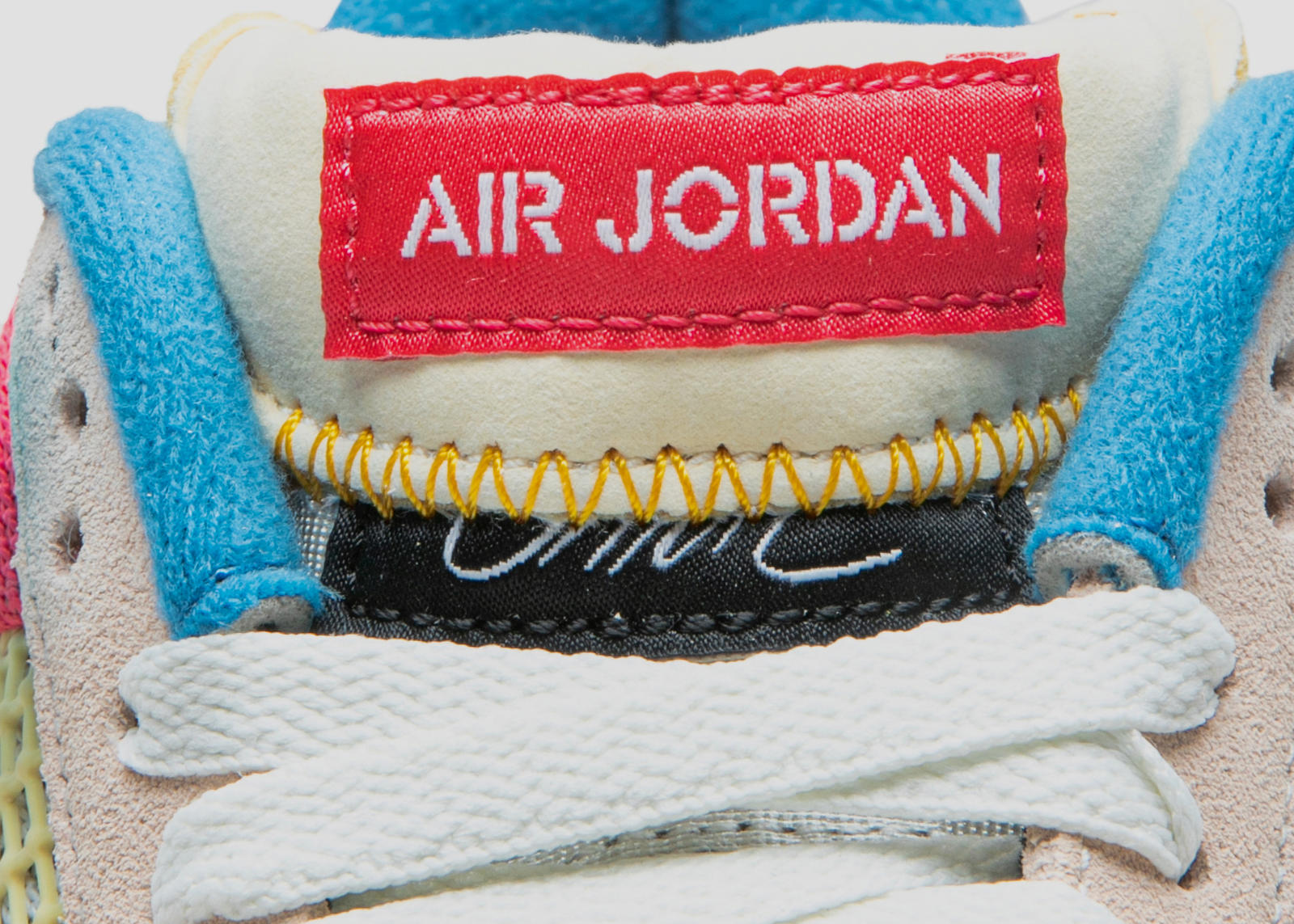 The other two shoes, both new to the Jordan lineage, are chosen for the emotion each provokes. Gibbs is a massive fan of the Delta's sole geometry, and the UNION design pulls in the materials and colors of the IV to make the overall silhouette pop appropriately.

Meanwhile in the Zoom 92, he found an irresistible articulation of Jordan history. "The Zoom 92 is a potpourri of past Jordan and Nike designs," he says. "I love how it all came together." 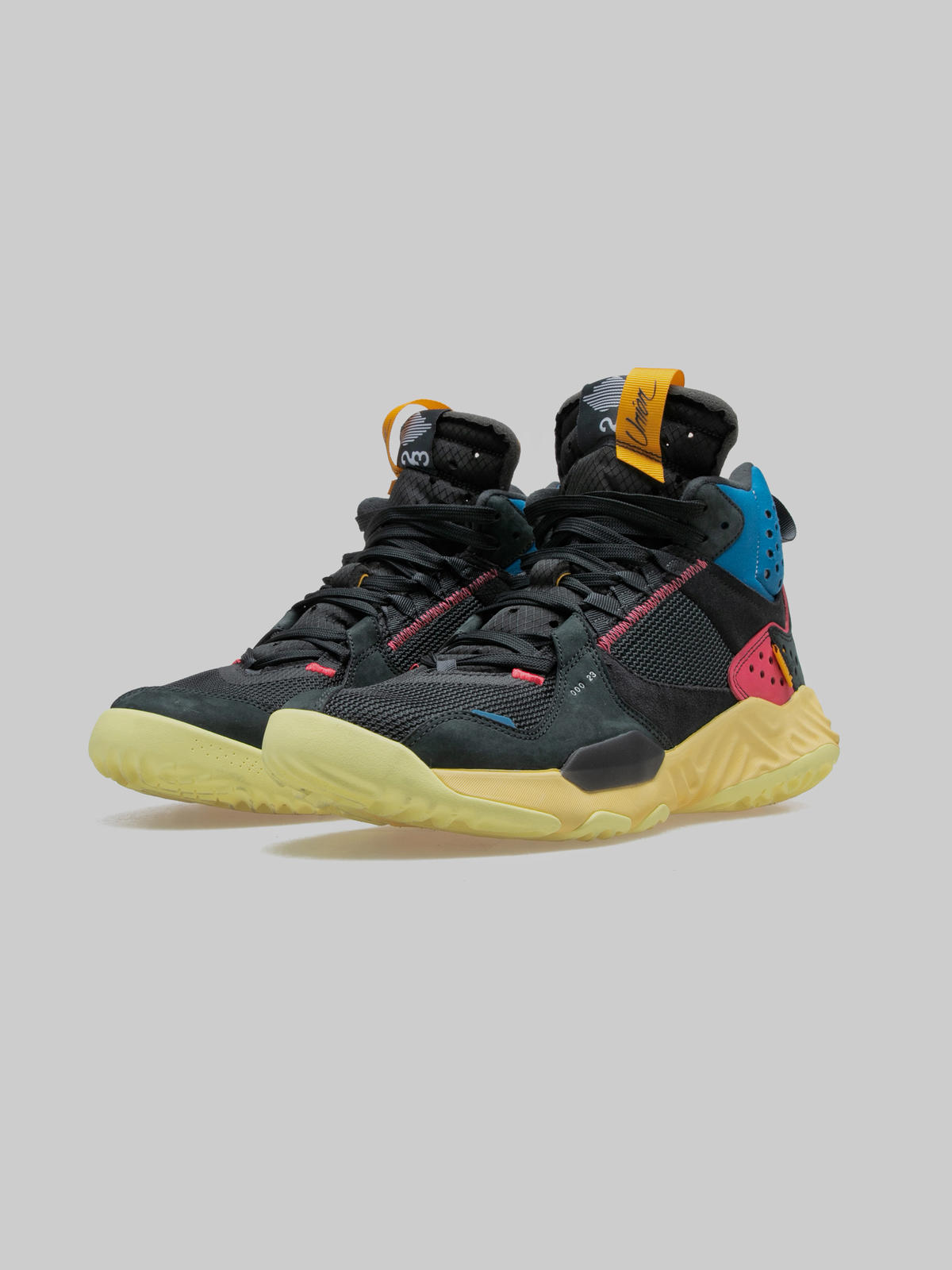 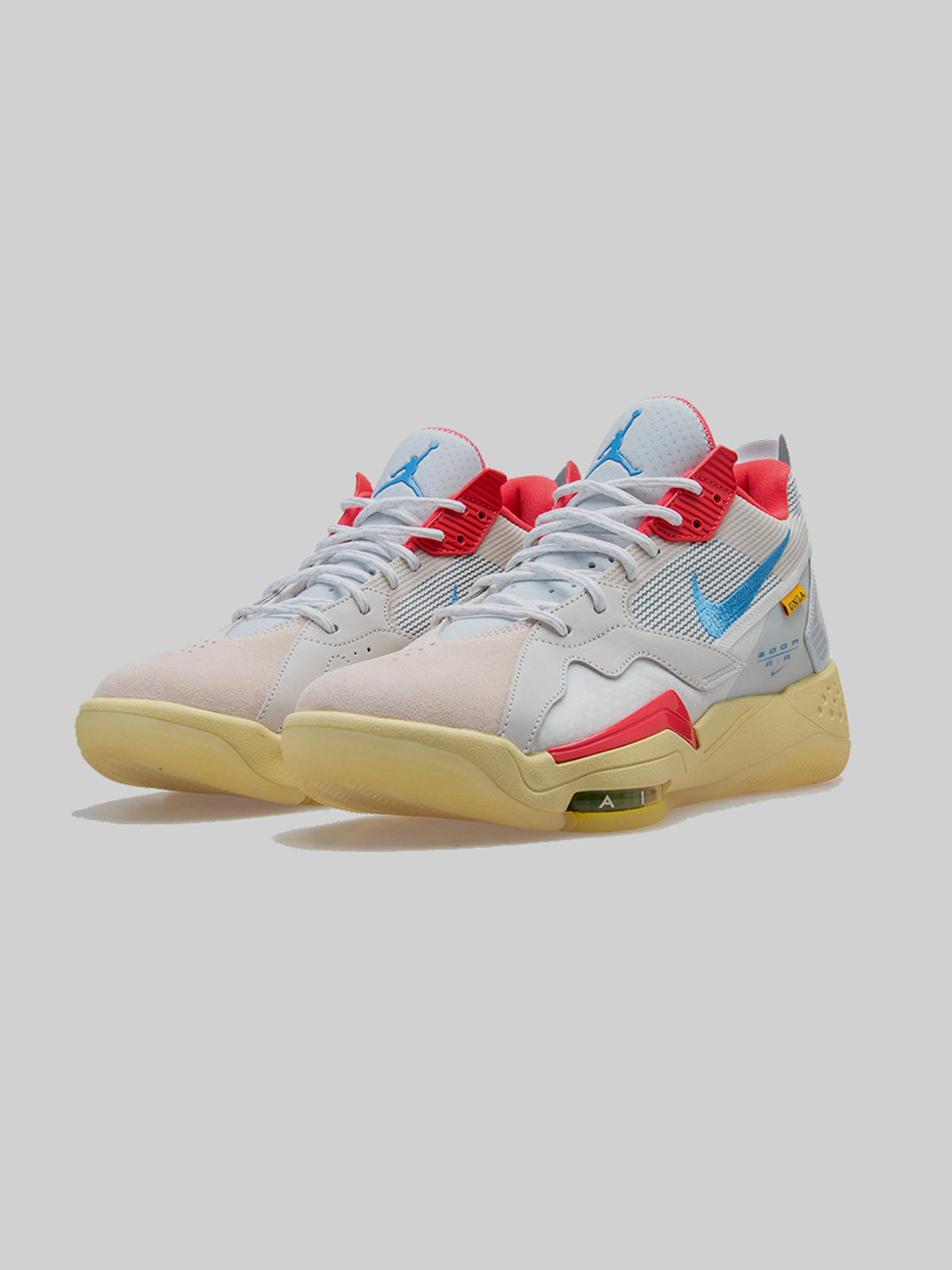 The release of the collection also allows Gibbs opportunity to reflect on the role of streetwear as a boost to community.

"There's an old saying, 'I want to be part of the solution, not the pollution.' I recognize the place of privilege of having this collaboration. I wanted to see what I could do to bring new awareness to our current challenges," says Gibbs. "It is daunting to get involved. It was scary for me. But I have decided to think globally and act locally to help start change and be a call to action for those around me."

The Jordan Brand x Union collection will be available at Union doors and Union's online store on August 29. A broader launch will occur September 30 via jordan.com and select Jordan Brand and partner retail stores around the world.