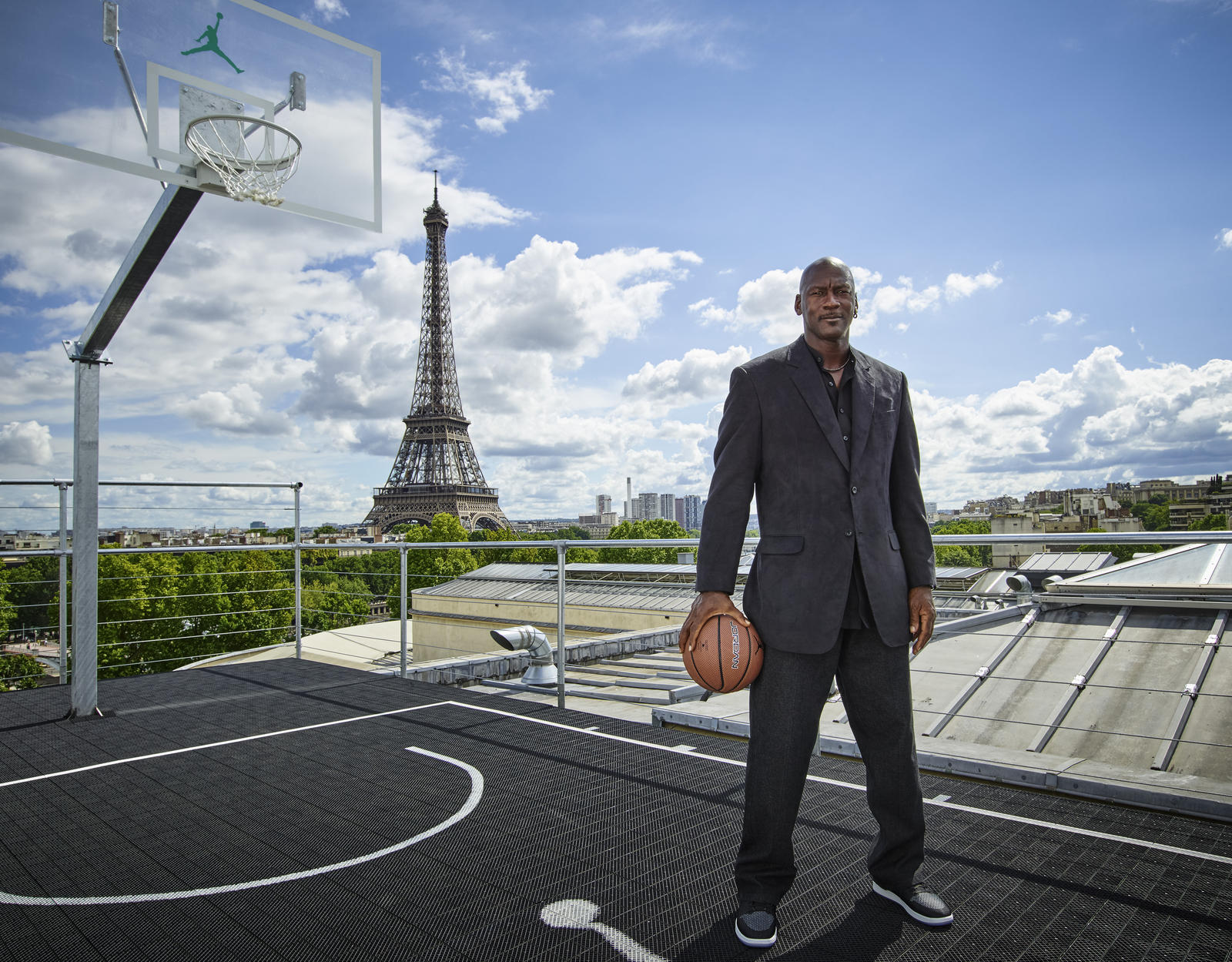 Three decades of flight deserves an appropriate celebration. With the spectacular Jordan Brand Palais 23 space, 30 years of the groundbreaking Air Jordan franchise is given a thrilling tribute in the French capital.

It was here, in the City of Lights, that a handful of very special guests stopped by to open the space. Michael Jordan himself joined his frequent partners-in-design, Tinker Hatfield and Mark Smith among other key figures in the 30-year evolution of Air Jordan, to discuss the highlights since the Air Jordan One arrived in 1985.

“I think we guessed right 30 years ago and it just happened. We had great collaborations that started in 1985 and they evolved," says Jordan. "30 years later, we never knew that we’d still be doing it.”

Michael Jordan’s personal relationship with Paris goes back to the very beginning of his professional career, when he visited the city around the release of his first signature shoe in 1985. Winning a pre-season tournament in the city in 1997 has made France’s capital part of the Jordan story, and Palais 23 is built around telling a past and future narrative. 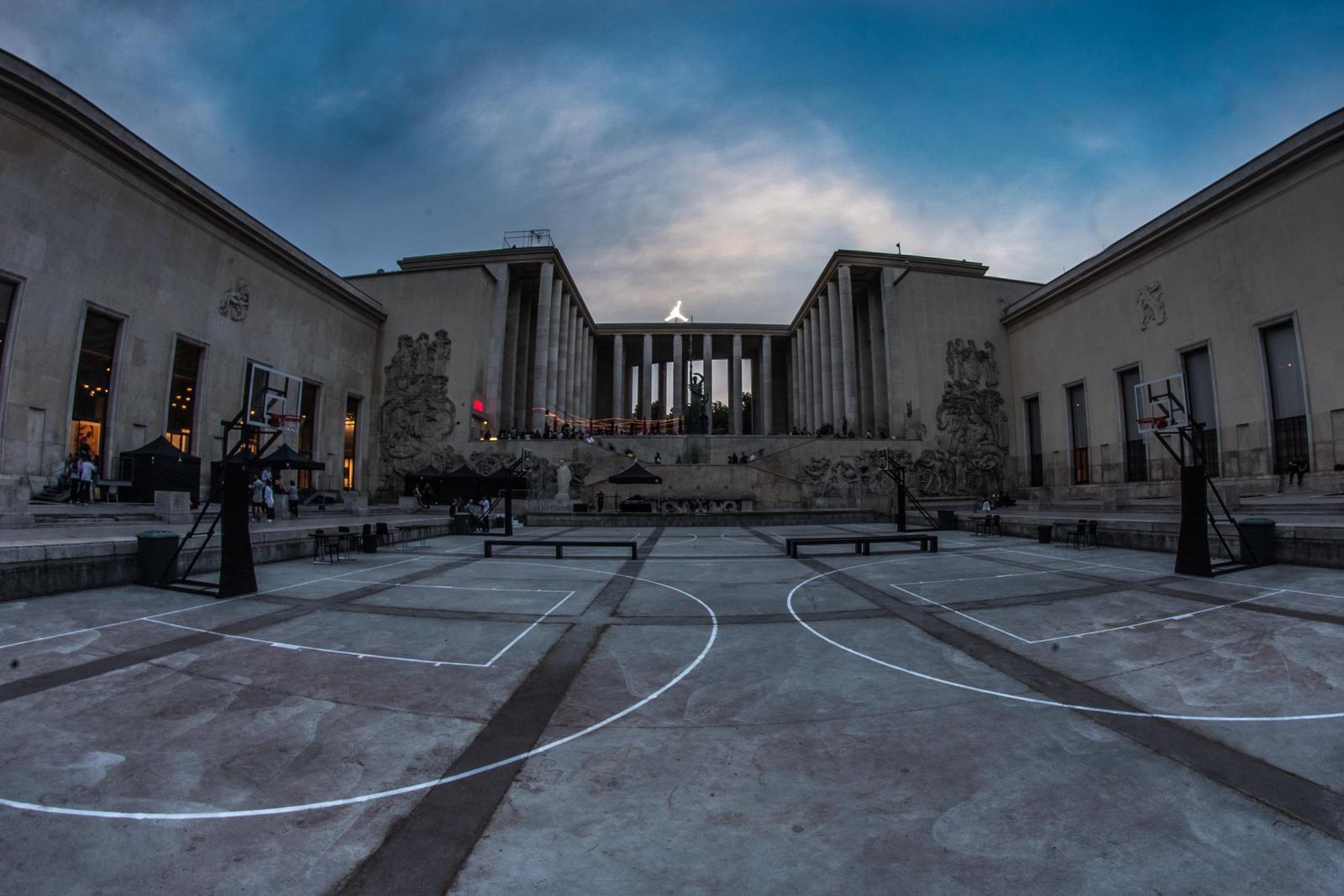 Forward-thinking innovation remains at the heart of the Jordan Brand ethos. As Senior Creative Director, Innovation, Mark Smith notes, “I always say my favorite one is the next one.”

Visitors to this remarkable installation can take a walk through carefully curated selections that showcase current-day Jordan Brand athletes, as well as examining the most iconic artifacts and images from Jordan’s storied legacy. Paris is a city that is synonymous with creativity, art and style, making it the ideal home for this experience. 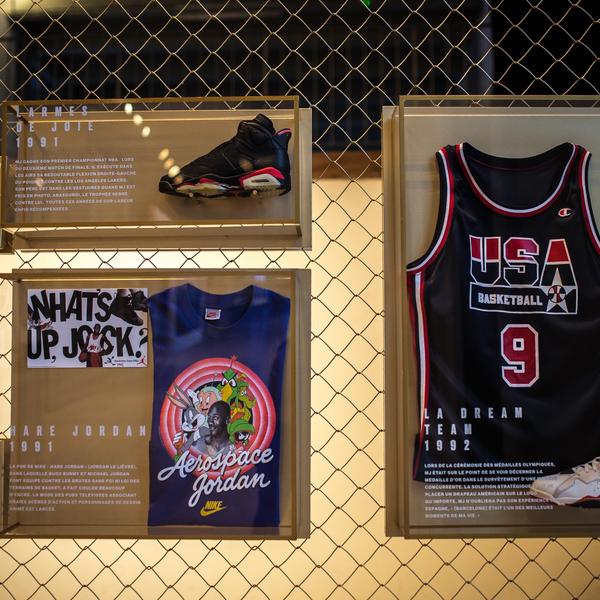 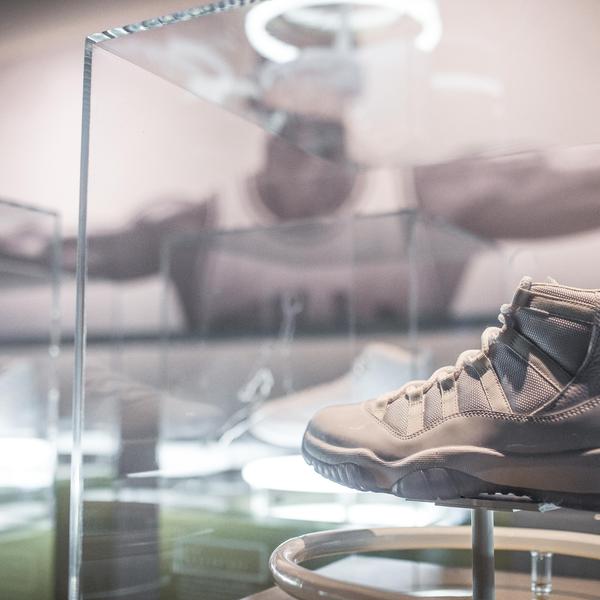 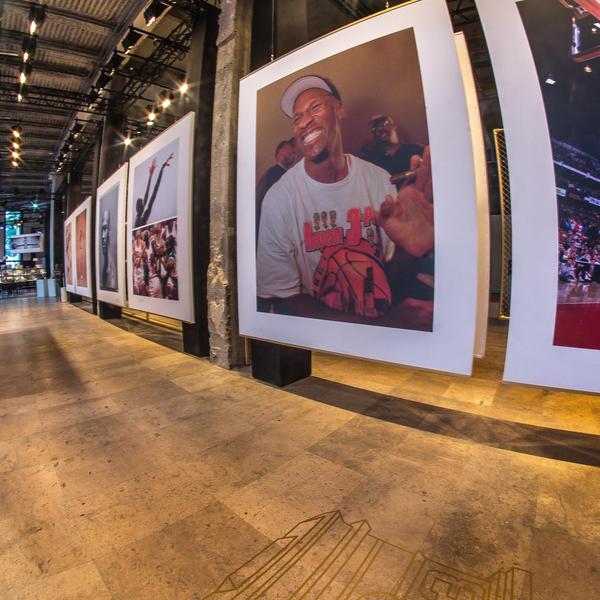 Palais 23’s digital technology lets visitors test their own speed and flight against elite athletes like Chris Paul, Carmelo Anthony, Blake Griffin and Russell Westbrook. Guests can also emulate Michael Jordan himself with a unique ‘Last Shot’ interactive experience that challenges them to recreate history-making Jordan clutch moments from 1982 and 1988.

After an introduction from Jordan Brand President Larry Miller, host Michelle Beadle invited Senior Creative Director, Innovation, for Jordan Brand, Mark Smith onto the stage for a presentation on a journey that defined culture both on-and-off the court.

“For the last 30 years the Air Jordan has been synonymous with basketball all over the world," says Miller. "With the Quai 54 tournament taking place, what better place to celebrate.”

Architect and shoe design legend Tinker Hatfield shared several memories of the franchise that shifted the dial time and time again. Hatfield believes that Jordan and his career defy age. “You get inspired. You get inspired by his personality, the grace of the game and how smart he is," says Hatfield. "I still get inspired."

Hatfield explained that innovation and style have been driving forces from the start to the present day, paying tribute to the prowess and status of the man he has worked closely with for much of his career. 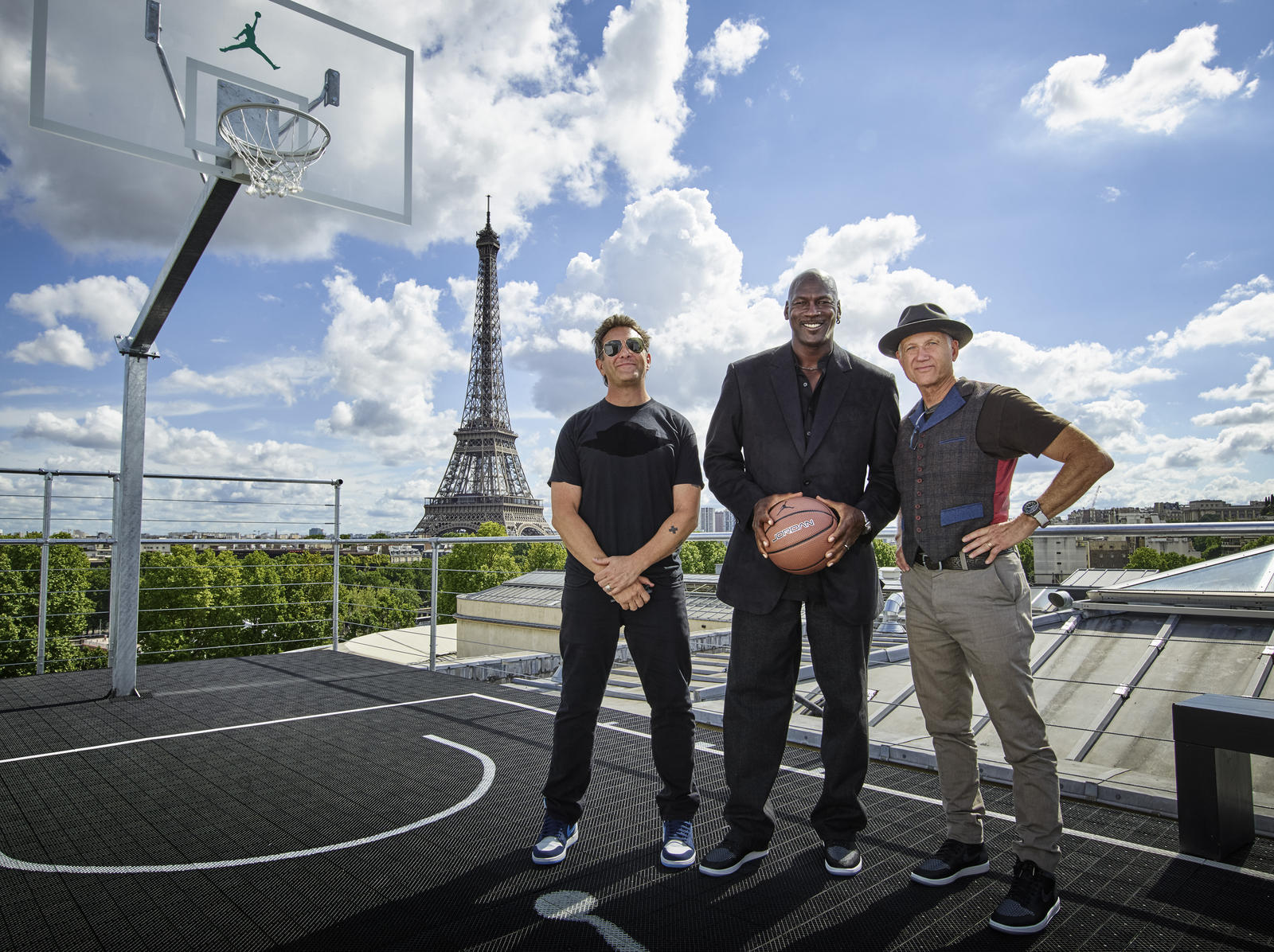 Michael Jordan paid a visit to Palais 23, Paris, this afternoon: joined by his frequent partners-in-design Tinker Hatfield and Mark Smith, key figures in the 30-year evolution of the Air Jordan. Jordan has returned to Paris to mark the 30th anniversary of 1985¹s Air Jordan I.

Michael Jordan took to the stage to sit with Hatfield and discuss his shoes, the game’s change in pace and style, plus the role of basketball in Europe.

Jordan is excited to have returned to Paris, a city of which he has fond memories. “It’s good to be back in Paris. I played out here in 1997 and it was the best time I had playing in Europe. I did the tourist thing with my family, saw the Eiffel Tower and my family got to see me play here.”

In recent years, the growth of the game in Europe and the number of professional players it has birthed has been significant.

“We’ve seen more European players break through in recent years. I do think it has changed the game – you see more versatility, you see bigger players who can handle the ball and shoot threes," says Jordan. "It has only enhanced the game globally.” 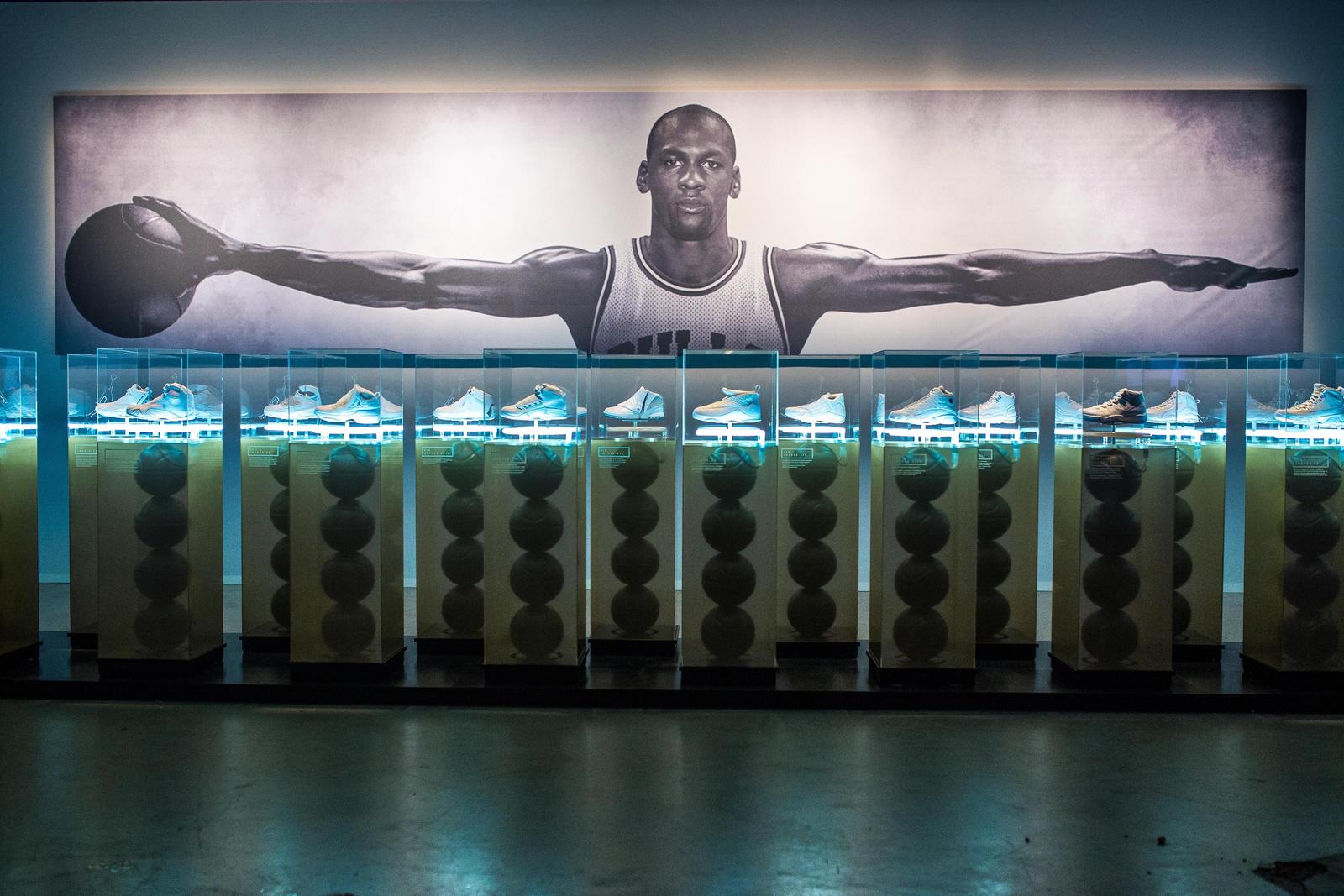 Many of the moments that make up Palais 23 are the ones that created the lore around the shoes, yet for Jordan, what comes next from Jordan Brand is what he finds exciting. “We have that kind of great relationship where anything is possible, and 30 years later it’s still going strong.”

The Jordan Brand Palais 23 space is located at 13 Avenue du Président Wilson and is open until 21.00 on Sunday June 14. Visit www.jordan30paris.com for the latest updates and information.