Luka Dončić, the 2018-19 NBA Rookie of the Year, is the latest member of Jordan Brand's basketball roster. 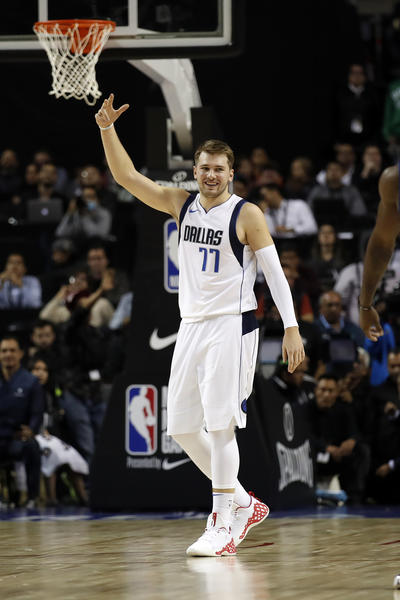 "It is exciting to join such a talented roster and being given the privilege of defining the next generation of the Jordan Brand," says Dončić. “Michael Jordan was a hero of mine growing up, so being able to represent this iconic brand, especially as a kid from Slovenia, is an honor.”

The Slovenian national joined the Dallas Mavericks after a highly decorated European career during which he won the 2018 EuroLeague title and was named the contest's MVP. Dončić has entered his sophomore NBA season on a historic clip — he is the first player since Oscar Robertson to average at least 30 points, 10 rebounds and 9 assists through the first 16 games of a seasons. Through his NBA career to date, Dončić has also tallied more 30-point triple doubles than any player under 21-years-old in history.

“We’re very pleased to welcome Luka to the Jordan Brand,” says Craig Williams, Jordan Brand President. "He is an undeniable talent, and he's already demonstrated a fearlessness in the clutch that we prize in the Jordan Brand family.”

Here's what Michael Jordan has to say about Dončić:

“Luka is a phenomenal player, and at such a young age. He’s demonstrating skill it takes many guys years to develop. It will be incredible to watch him continue to advance in the league," says Jordan. "We are excited to welcome him to the Jordan Brand family. He rounds out a roster of incredible new talent united to represent Jordan Brand for the next generation.”