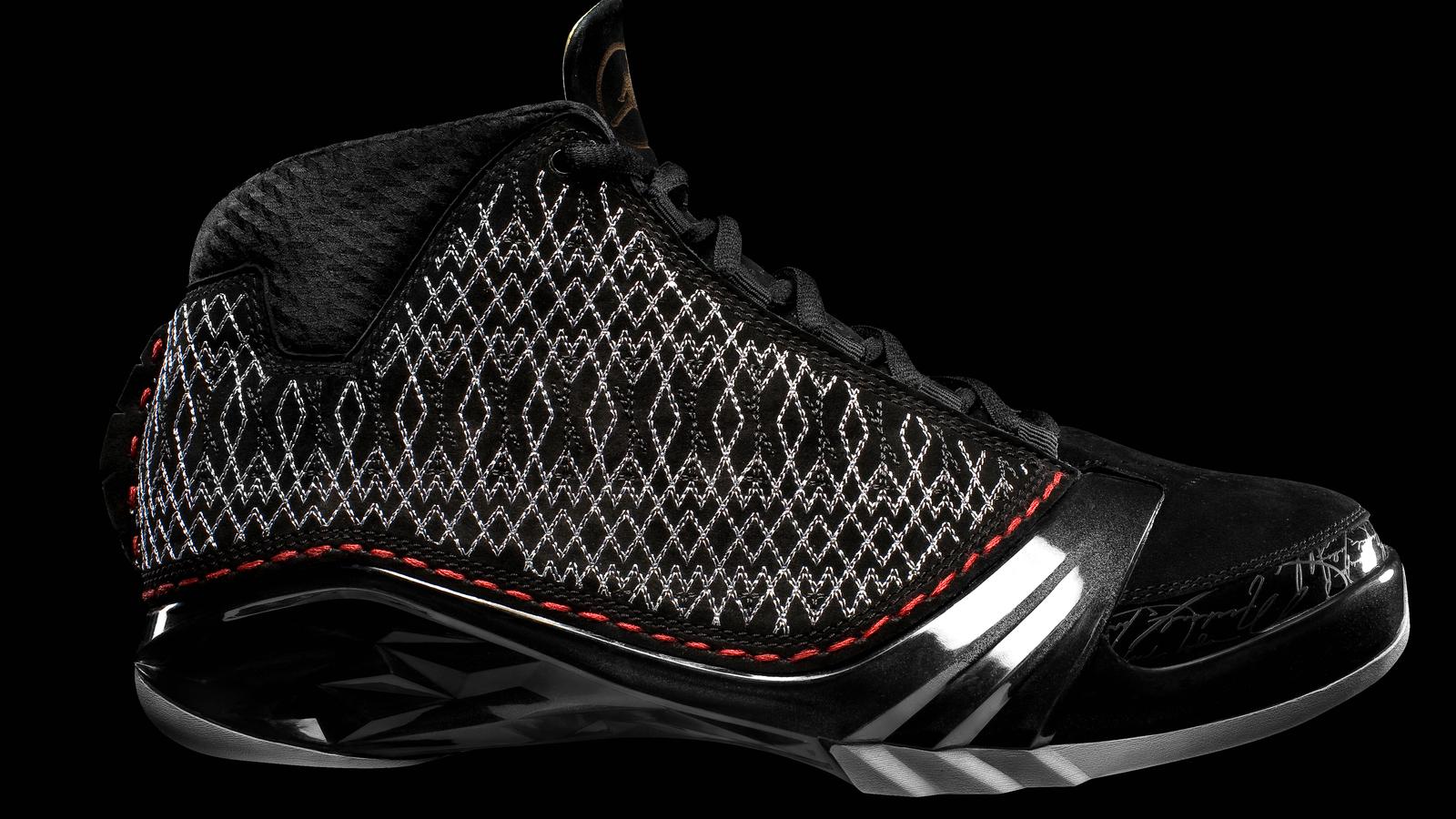 BEAVERTON, OR (January 8, 2008) – Today, Jordan Brand, a division of NIKE, Inc., announced the launch of the long-awaited, 23rd iteration of the world’s most respected and innovative basketball shoe franchise, the AIR JORDAN XX3.  The AIR JORDAN XX3 celebrates 23 years of a legacy started by the most revered basketball athlete in history…Michael Jordan.

“The AIR JORDAN XX3 is deeply meaningful to me, as a celebration of both my life and career.  The number 23 is obviously of great significance to me and the release of the XX3 is a pinnacle moment in the Brand’s history,” said Michael Jordan.  “I’m honored and humbled by the AIR JORDAN franchise’s loyal following after all these years.  The release of this shoe is exciting and a dream come true for me.”

Michael Jordan and legendary shoe designer, Tinker Hatfield, Nike’s Vice President of Innovation Design & Special Projects, collaborated on the innovative design behind the handcrafted AIR JORDAN XX3 and in the process created the first basketball shoe in Nike history to embrace the Nike Considered design ethos, where details in the development and design of the shoe seek to reduce waste and allow for the use of environmentally preferred materials wherever possible—all without compromising athletic performance.

“Our goal was to make the AIR JORDAN XX3 the best basketball shoe ever, both in performance and sustainability.  The handcraftsmanship and innovation built into this shoe is simply unmatched,” said Hatfield. “By infusing the ultimate in technology, setting a new trend in style and designing a shoe with the environment in mind, we hope these ingredients will cause people to say this is one of their favorite AIR JORDAN’s ever.”

The first AIR JORDAN was released in 1985 to great acclaim during Michael Jordan’s rookie basketball season and instantly became the industry’s best selling basketball shoe.  Over the next 22 years, the AIR JORDAN has been one of the world’s most recognizable franchises known for its signature Jumpman logo, innovative technology in basketball and forward thinking fashion.

The AIR JORDAN XX3 continues the successful tradition by providing fans with a beautiful performance product that is lightweight, low to the ground, breathable, and maximizes comfort. A newly engineered, patent-pending, stitching machine delivers intricate detailing in the upper portion of the shoe. The low midsole profile allows players to be as close to the ground as possible and feel the court. Unique design cues such as the imprint of Michael Jordan’s fingerprint serving as the traction pattern on the outsole and his thumbprint on the back of the tongue lining bring to life the man that makes the franchise so special.

“For twenty-two years, the Jordan Brand has set the standard for athletic luxury and the AIR JORDAN XX3 is no different,” explains Howard White, Vice President, Jordan Brand.  “We at Jordan Brand continue to push the envelope by incorporating unique design cues created by the most talented people in the footwear industry while in turn providing our fans with the best basketball shoe inspired by the best basketball player ever.  It’s the perfect complement.”

Jordan Brand is set to launch several colorways of the AIR JORDAN XX3. An exclusive limited release will launch on Friday, January 25, 2008 with a suggested retail price of $230.  An All-Star release will launch on Saturday, February 16, 2008 and the nationwide launch will be released on Saturday, February 23, 2008 both with a suggested retail price of $185.  Retailer information can be found at www.Jumpman23.com.

About Jordan BrandA division of NIKE, Inc., Jordan Brand is a premium brand of footwear, apparel and accessories inspired by the dynamic legacy, vision and direct involvement of Michael Jordan.  The Jordan Brand made its debut in 1997 and has grown into a complete collection of performance and lifestyle products for both men and women.  The Jordan Brand remains active in the community by donating a portion of its proceeds to Jordan Fundamentals, an education grants program for teachers.