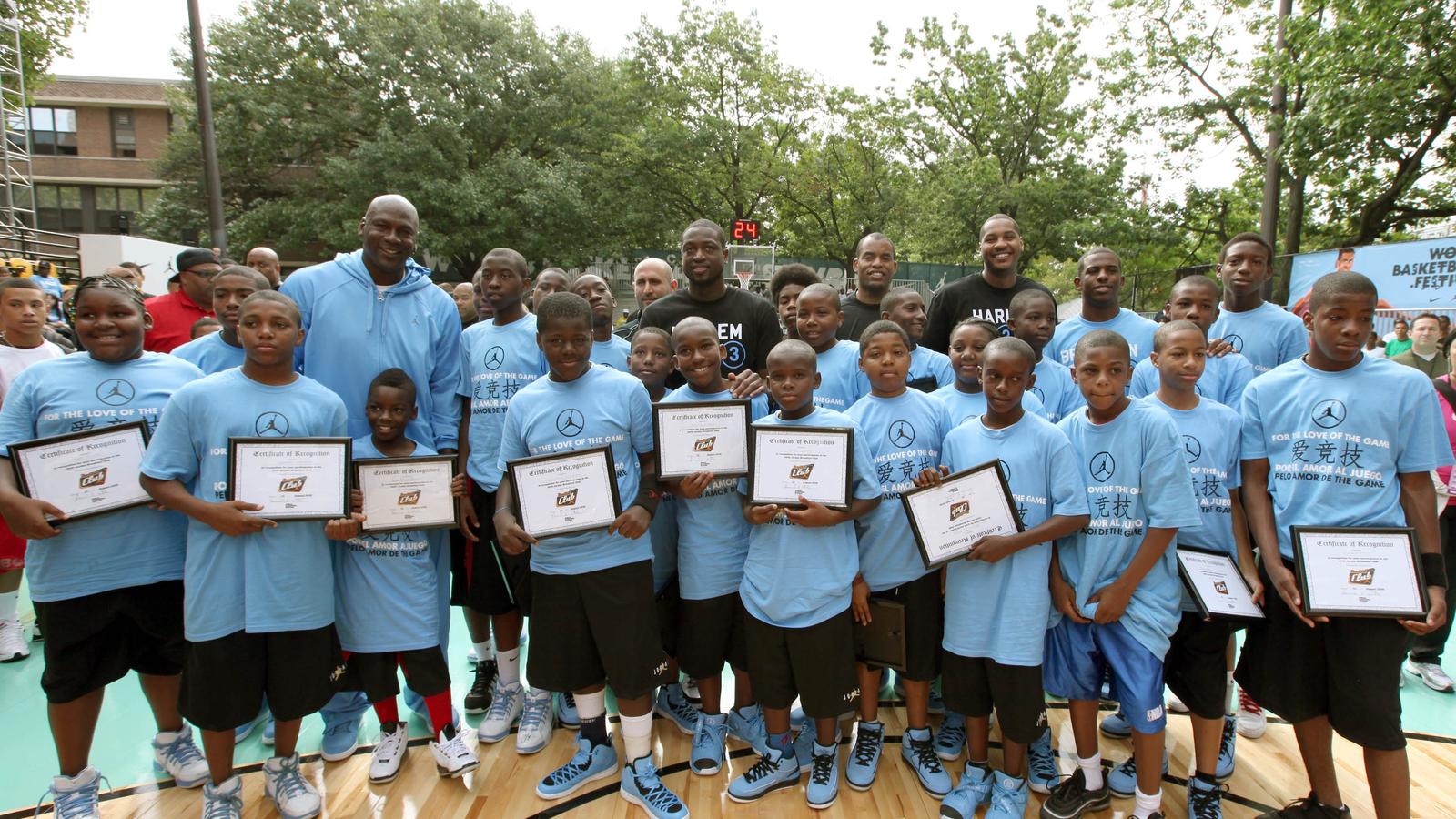 The Jordan Brand Breakfast Club is a basketball intensive training clinic designed to help prepare young athletes in the off-season. The program, committed to challenging New York City youth, kicked off on June 12 with the help of Team Jordan Athlete Carmelo Anthony. Idan Ravin, athletic trainer to Team Jordan athletes and All Stars Carmelo Anthony and Chris Paul, and Daryl L. Smith, who was previously the featured trainer for the 2008 Breakfast Club Training Tour, spearheaded this summer’s Breakfast Club clinics. They led the students through drills, basketball specific training, and gave them a taste of what it is like to train as a professional basketball player.

The complementary training clinics continued throughout the summer for kids, ages 10-16, who were nominated by the Harlem Boys & Girls Club, Harlem Urban League and Harlem YMCA to participate. The 23 nominated athletes were given the chance to see what it is like to train as a Team Jordan athlete and in turn, dedicate themselves to push to the next level of athleticism. In true Breakfast Club fashion, the young athletes were treated to a healthy post-workout meal after the rigorous training sessions. The Breakfast Club falls under the sport initiative of Jordan Brand’s new Corporate Responsibility program called WINGS For The Future.

“We are thrilled to have the opportunity to introduce Breakfast Club to the city of New York and as a signature program under the Brand’s new corporate responsibility initiative, WINGS For the Future,” said Keith Houlemard, President of the Jordan Brand. “As the 10-week summer program wraps up, we hope we’ve inspired young athletes to work harder, reach higher and stay committed to achieving their athletic goals. We look forward to continuing this tradition in the future.”

Breakfast Club was originally conceived and created by Michael Jordan and his former trainer Tim Grover after the 1989-90 basketball season. The workouts were designed to mirror the training regimen that was built on Jordan’s initiative to rededicate himself to push beyond his limits. From this foundation, Jordan and Grover created workouts to help improve his stamina and energy that is required to sustain peak performance throughout a grueling basketball season.

About Jordan BrandA division of NIKE, Inc., Jordan Brand is a premium brand of footwear, apparel and accessories inspired by the dynamic legacy, vision and direct involvement of Michael Jordan. The Jordan Brand made its debut in 1997 and has grown into a complete collection of performance and lifestyle products. The Jordan Brand remains active in the community by donating a portion of its proceeds to Jordan Fundamentals, an education grants program for teachers. For more information on Jordan Brand, visit www.Jumpman23.com.