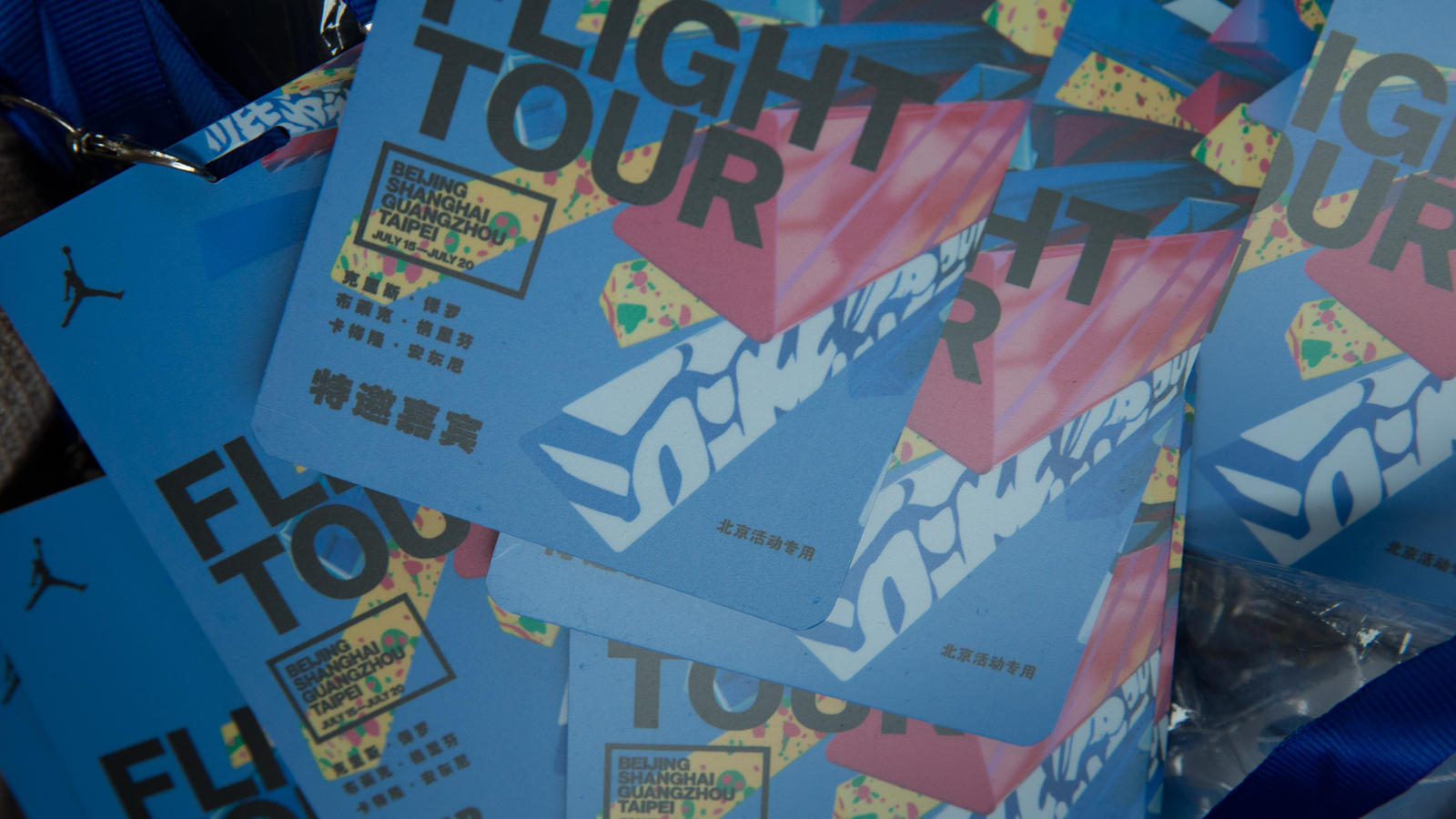 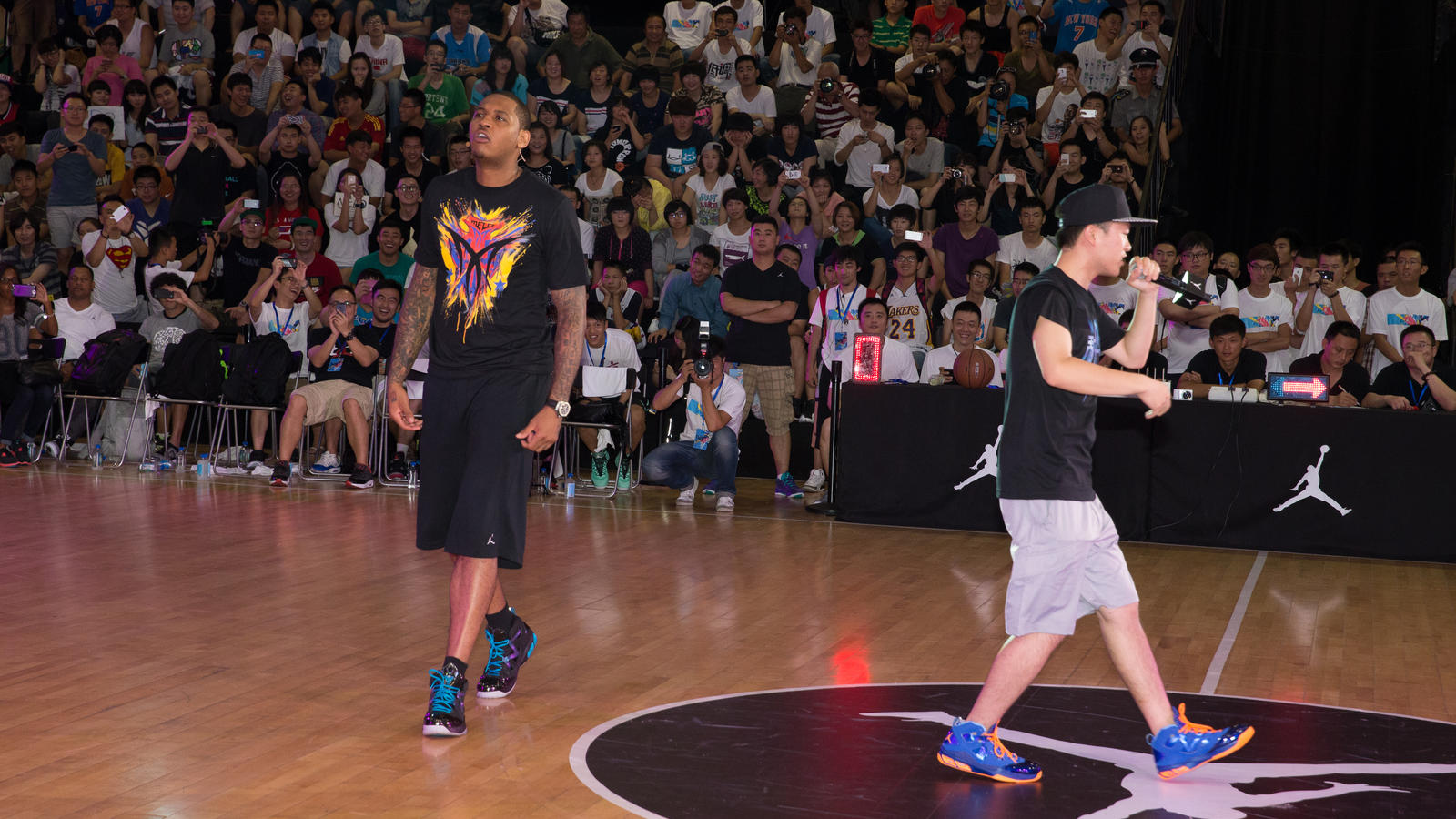 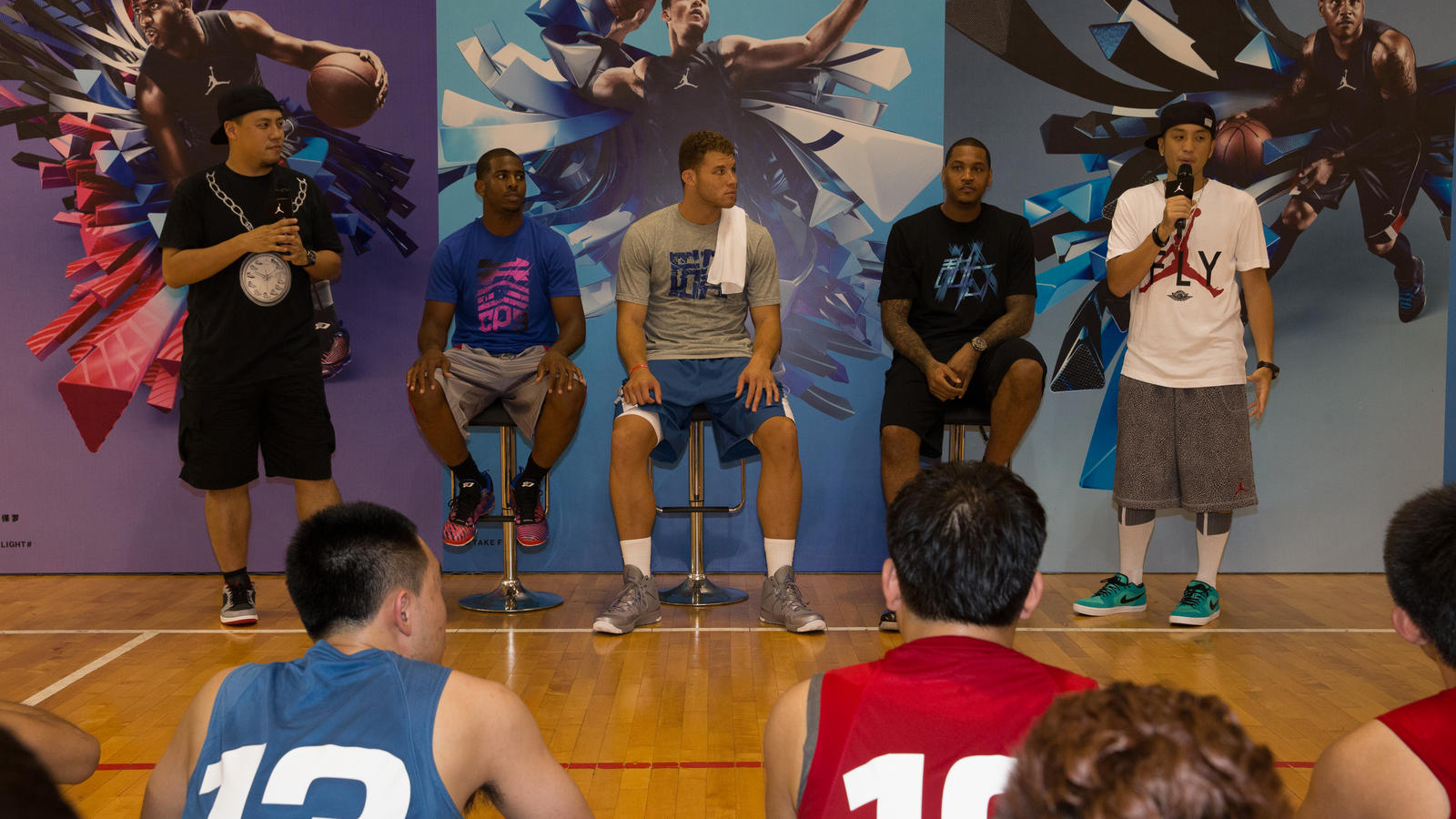 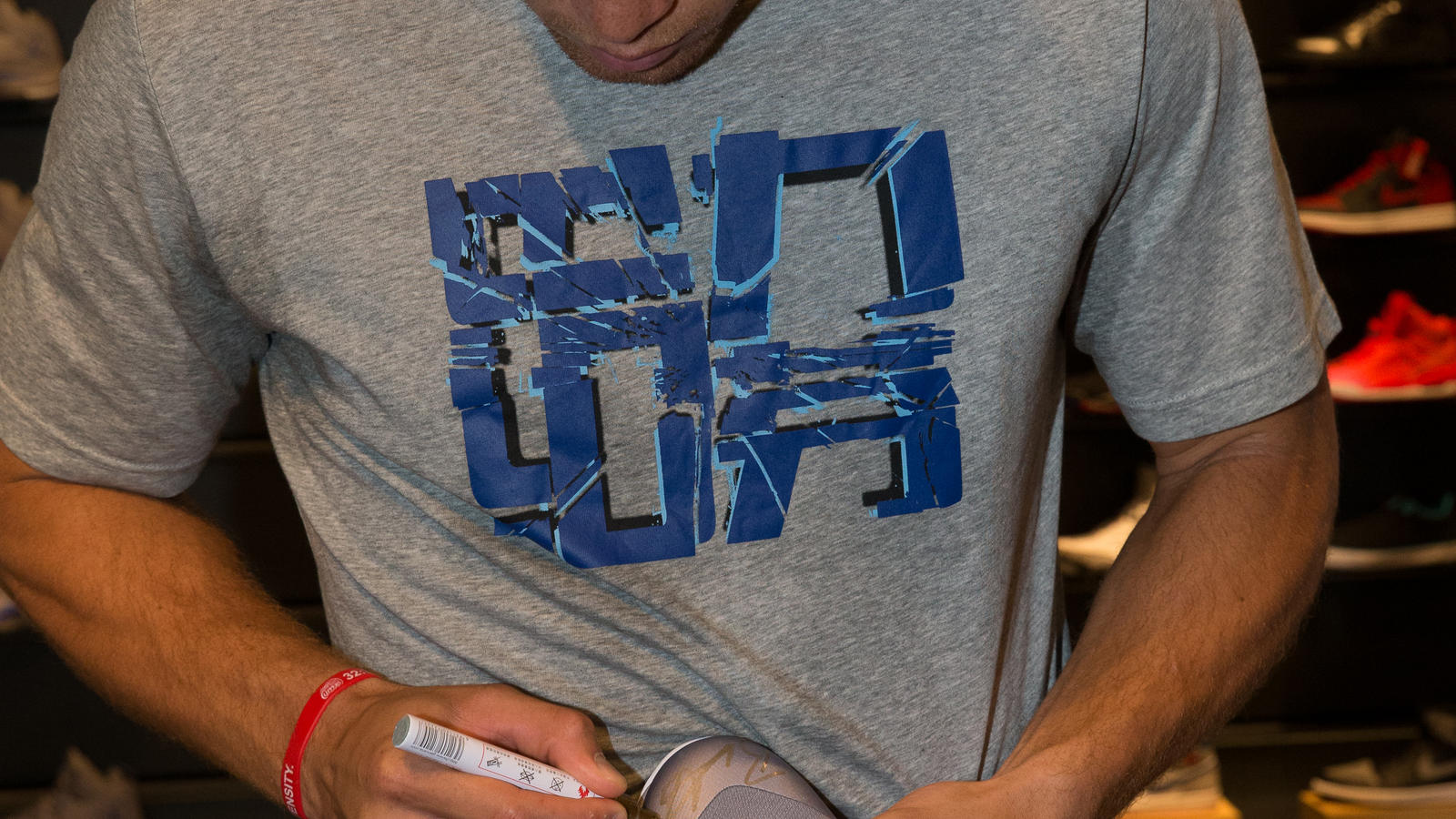 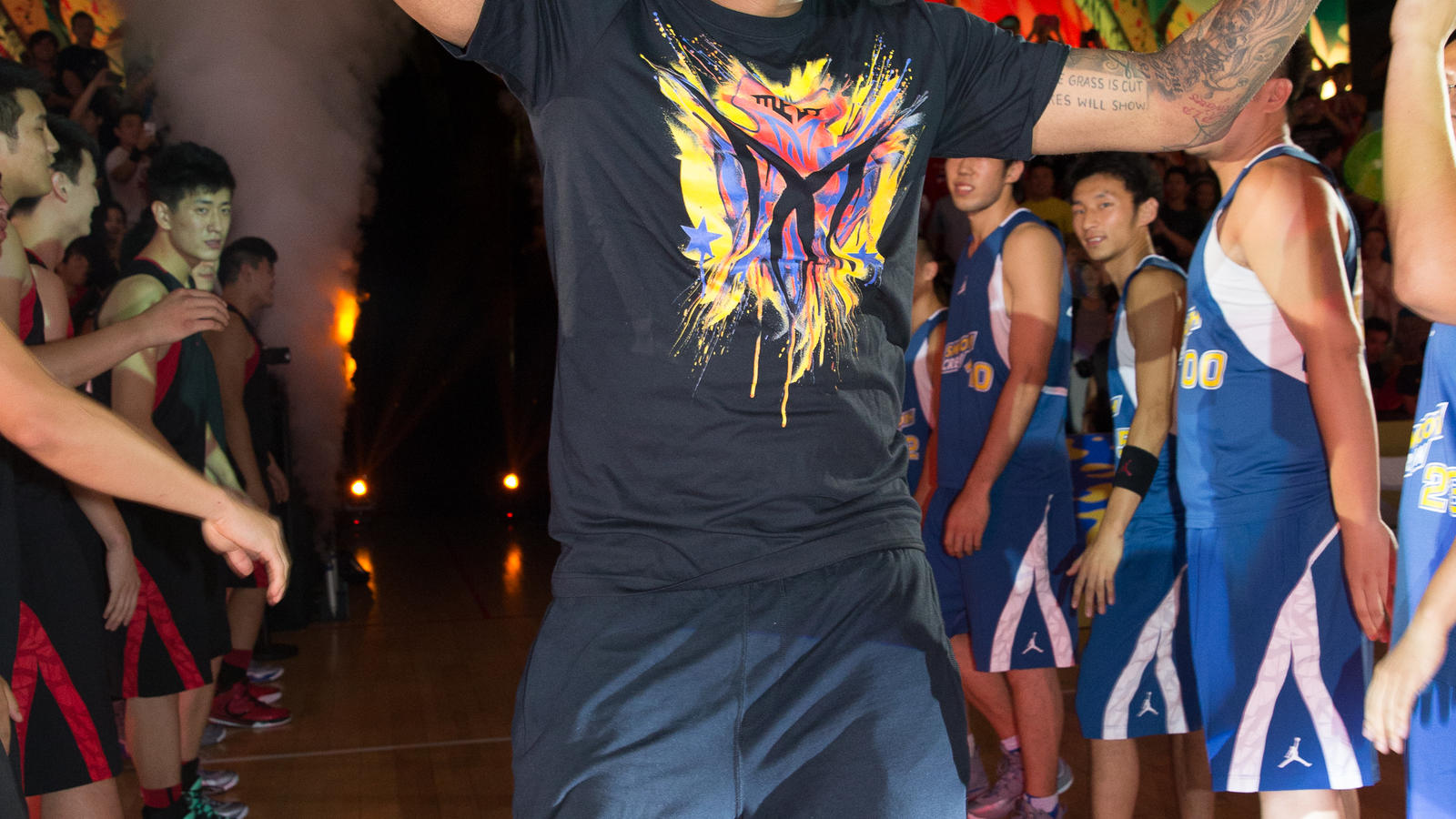 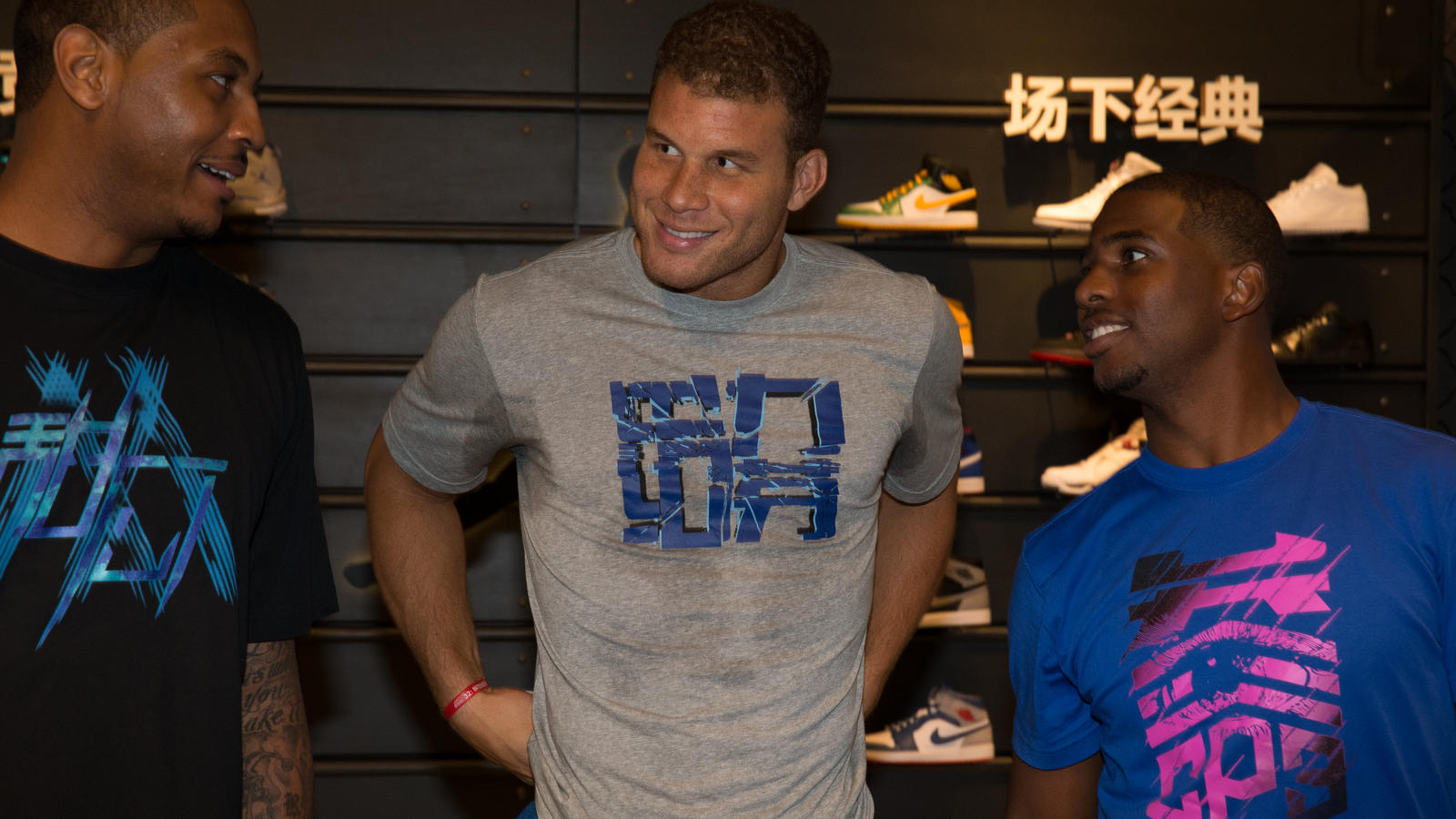 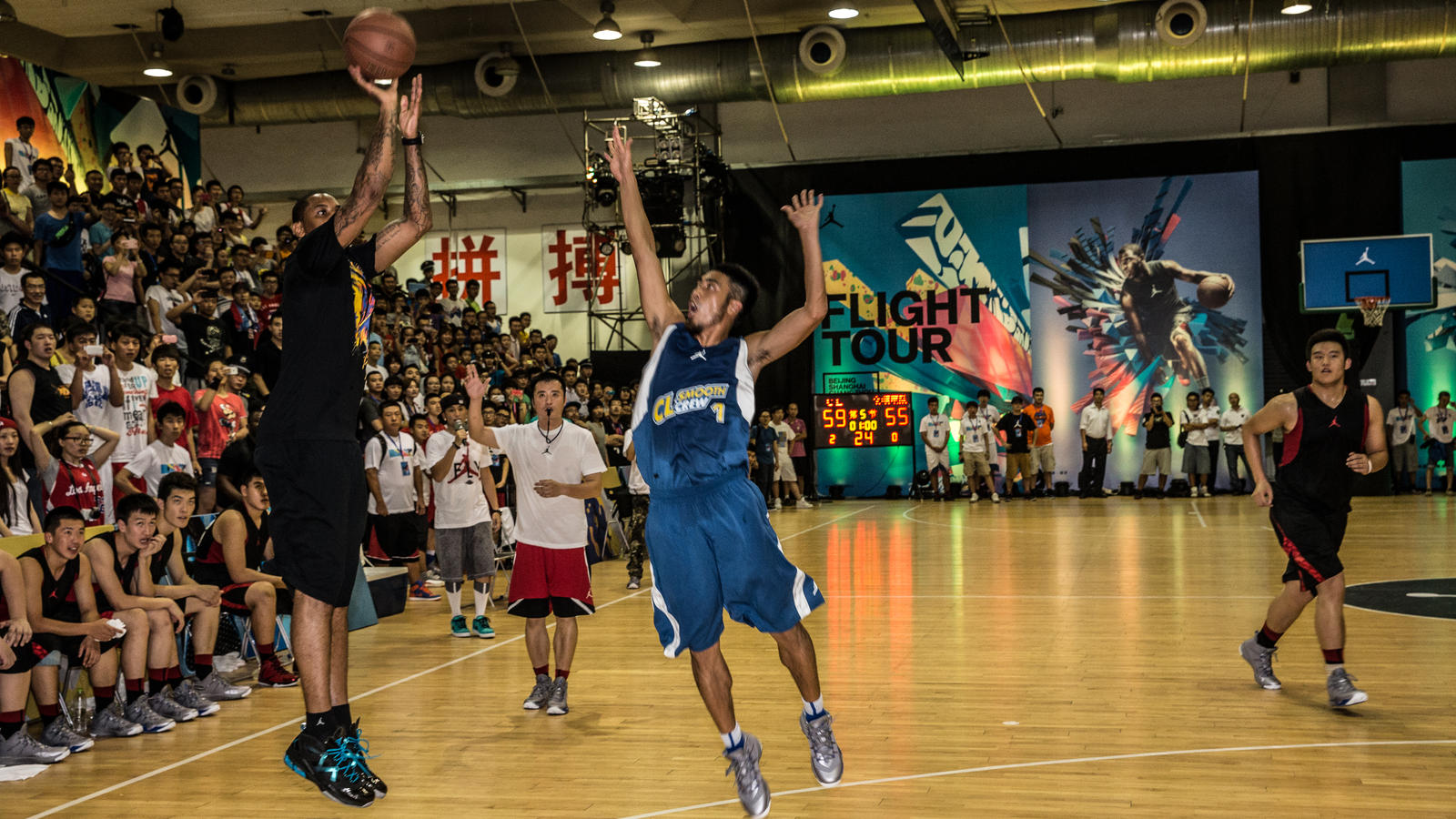 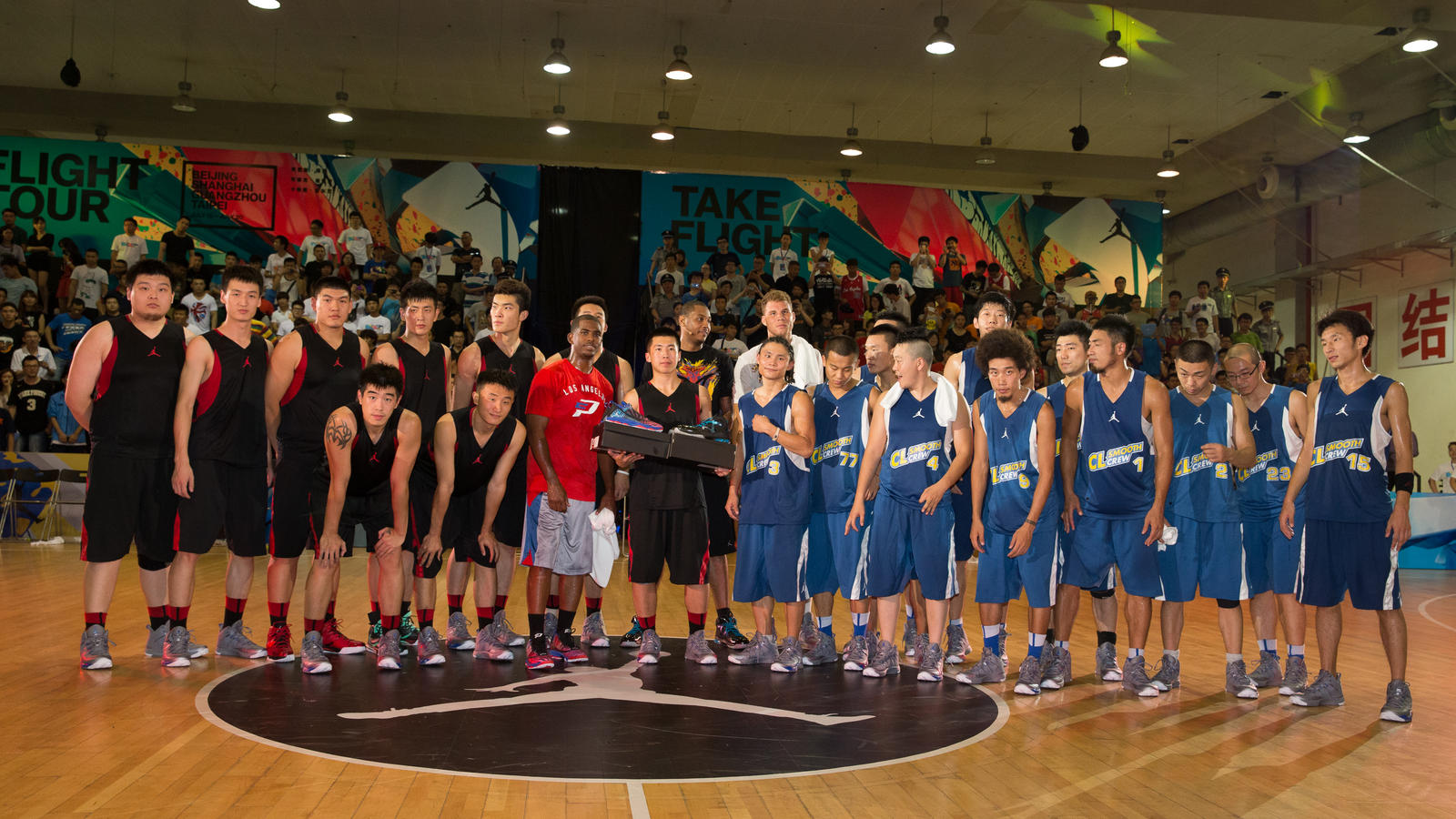 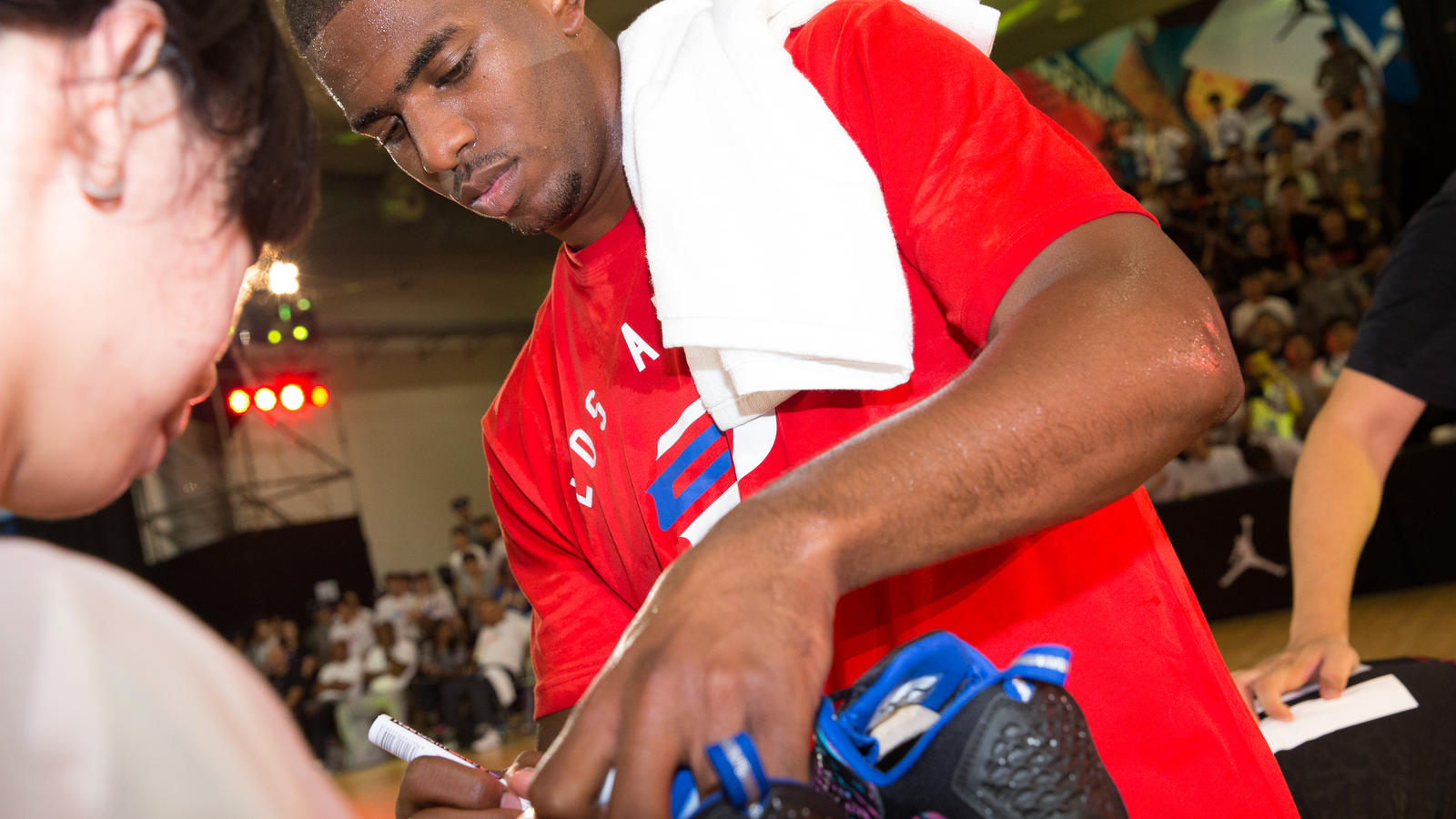 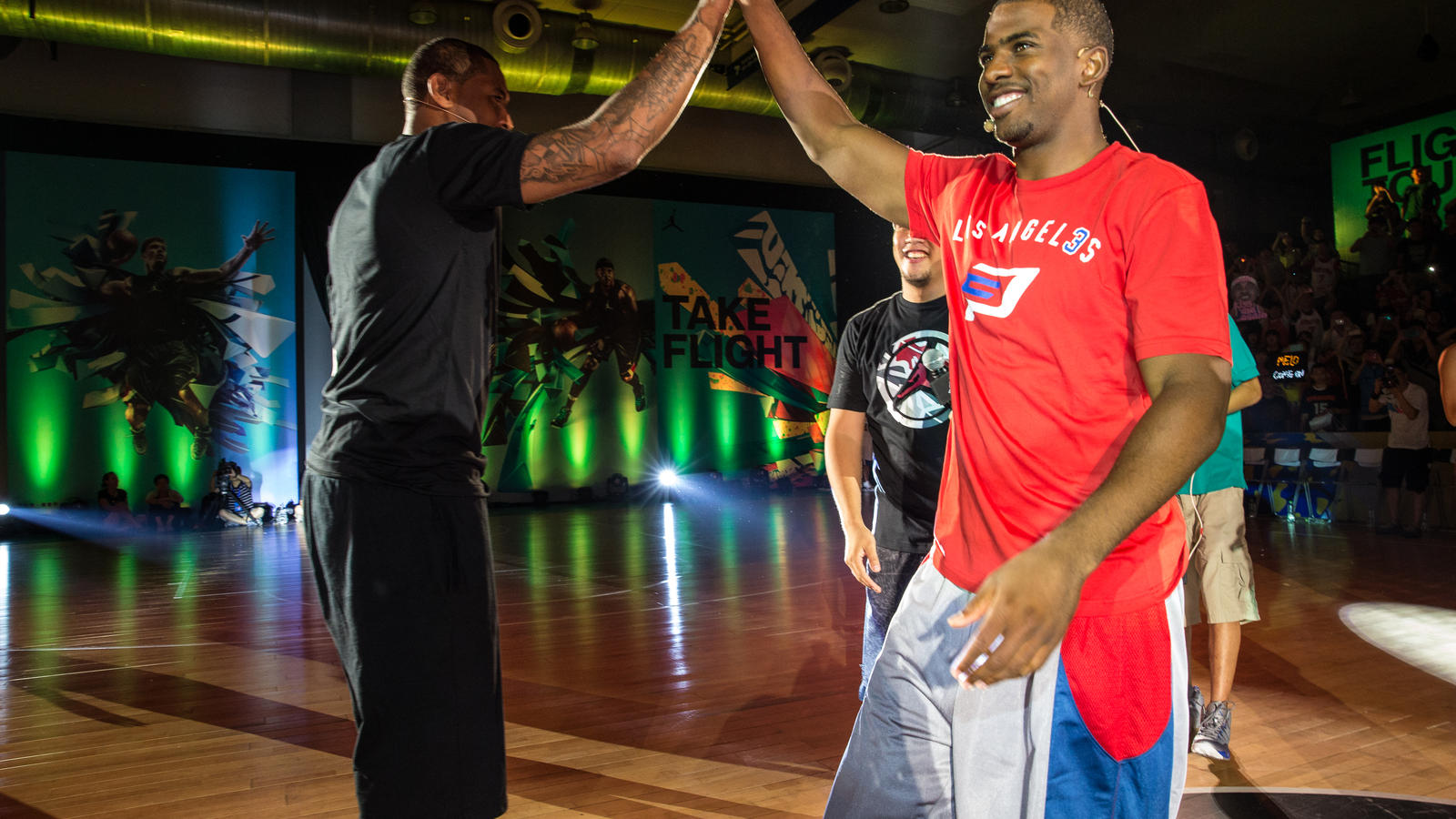 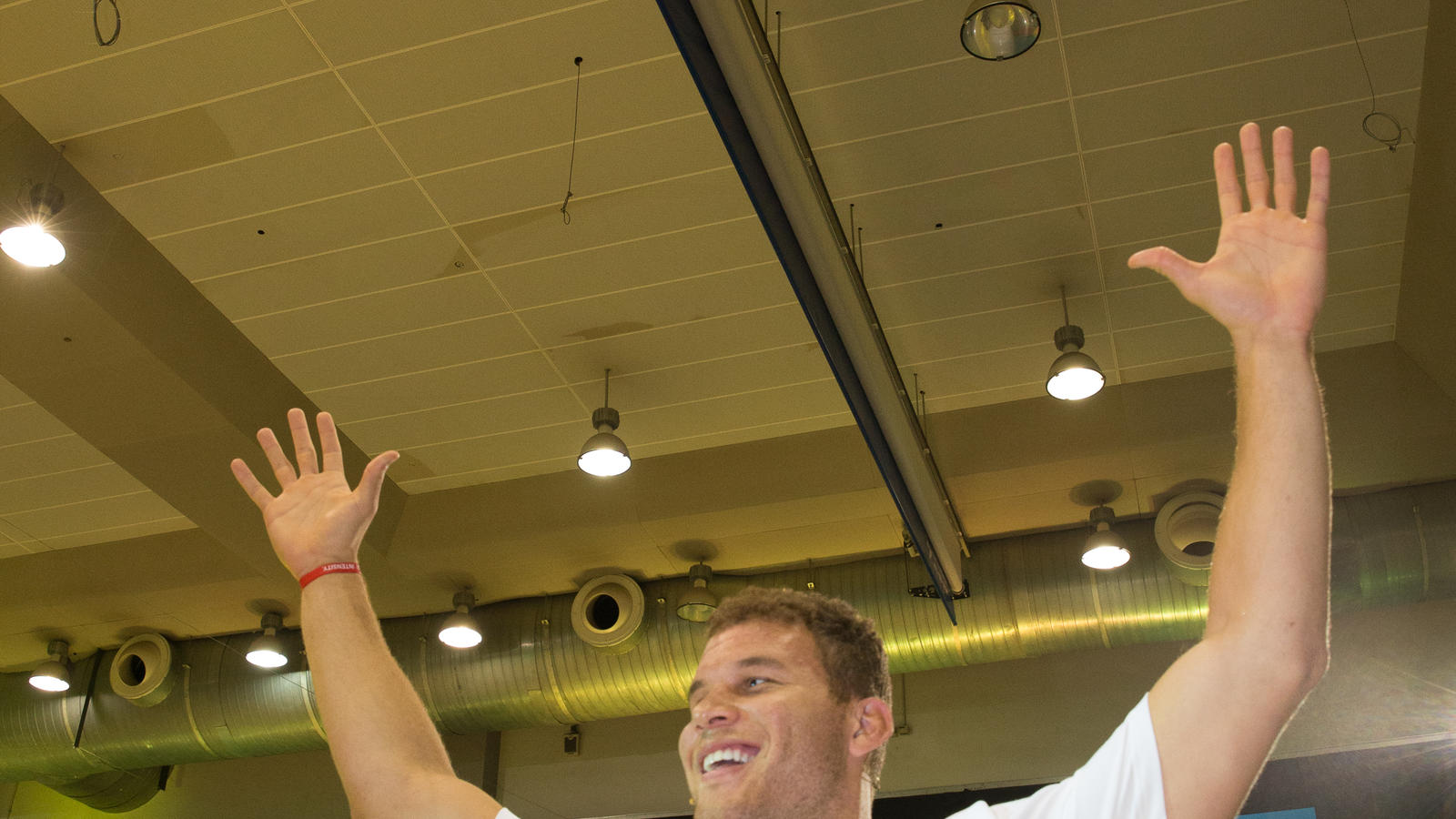 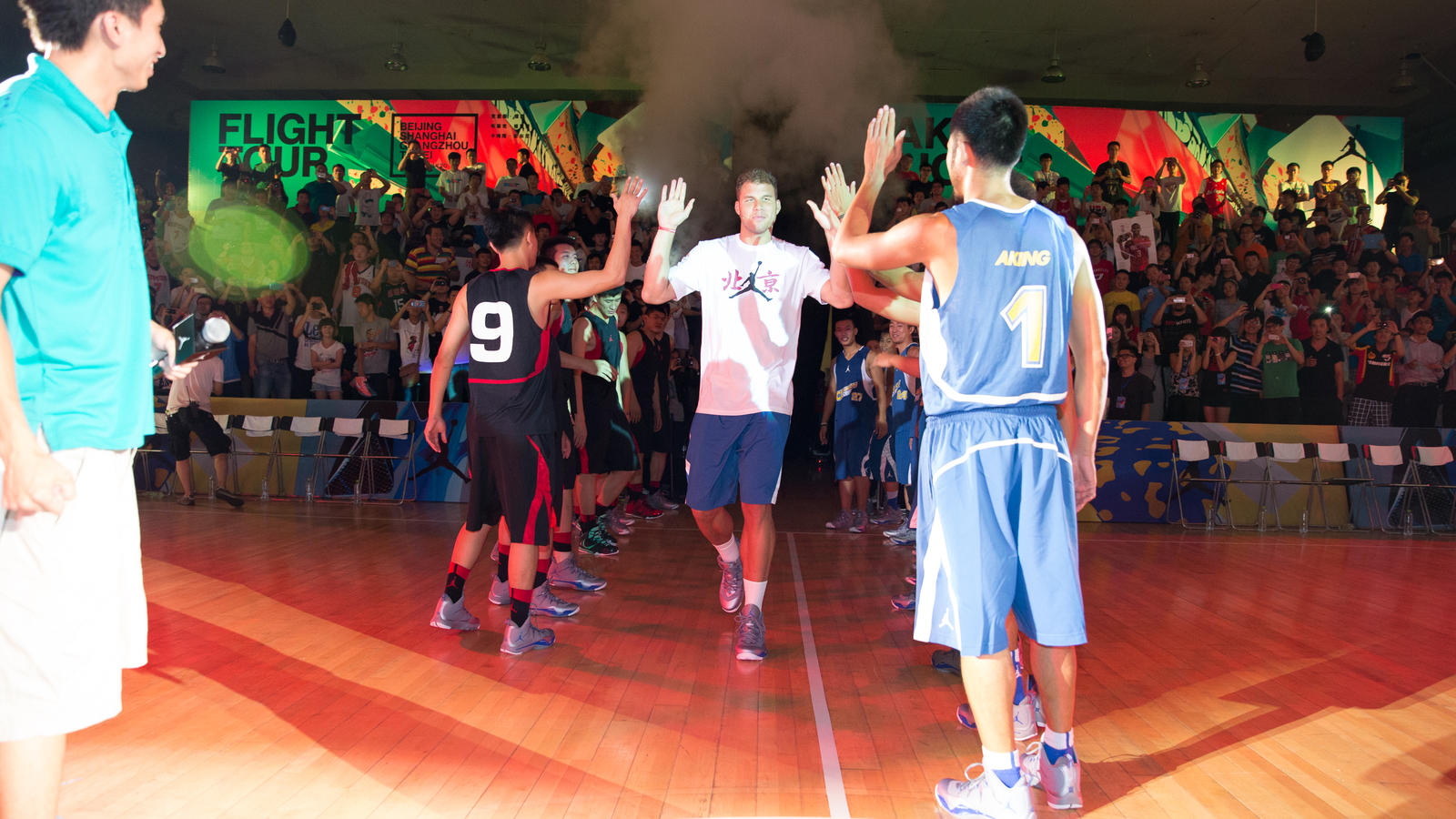 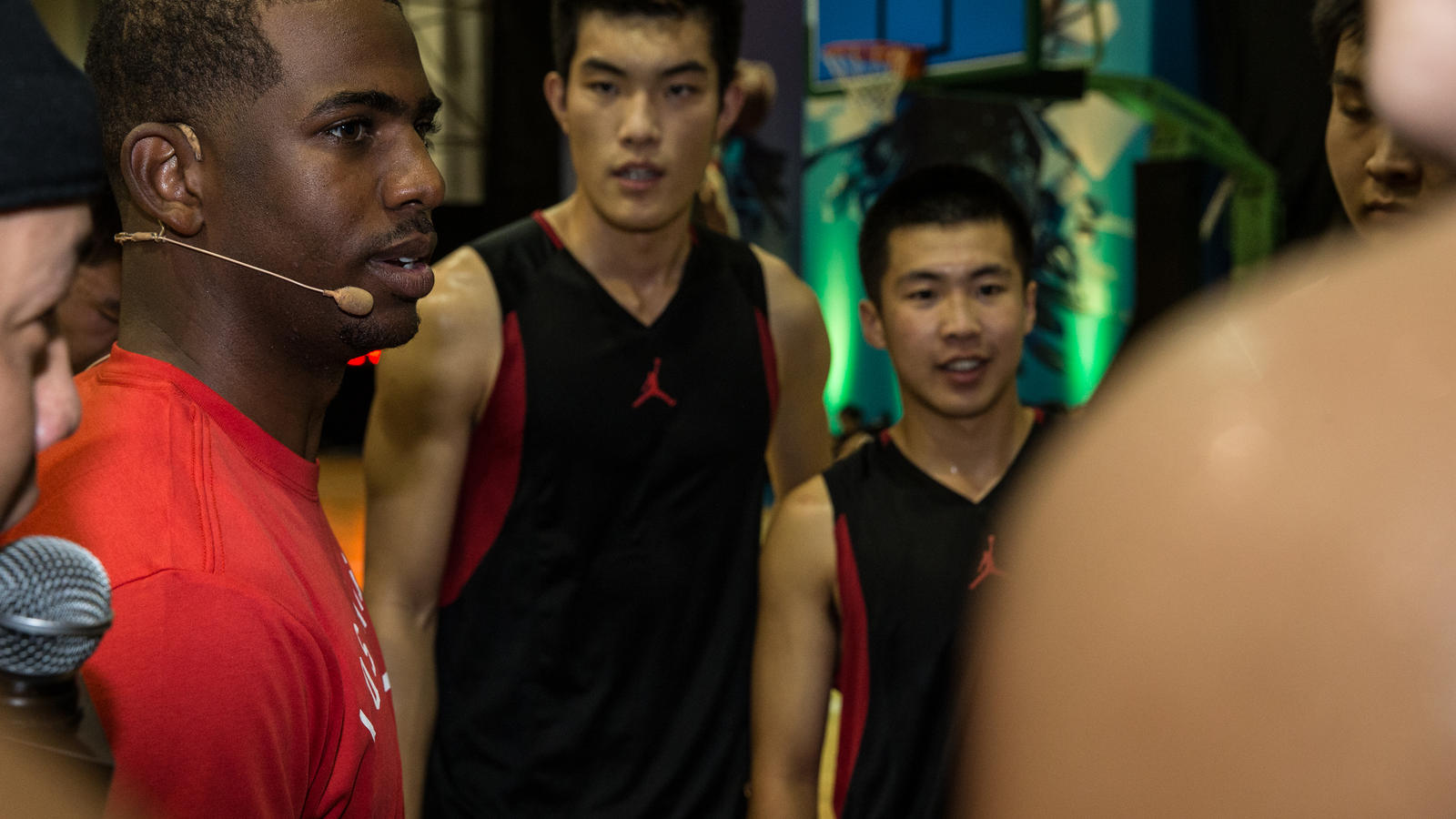 Beijing – Jordan Brand athletes Carmelo Anthony, Chris Paul and Blake Griffin kicked off the Jordan Brand Flight Tour with their first stop in Beijing, China. The tour, designed to encourage Chinese basketball fans to get out and be more active, covers four cities in eight days. The athletes are not only sharing some of their basketball life lessons with the kids, but are getting on the court and sharing some practical basketball skills. After making a quick surprise stop at a Jordan Only retail location in Beijing, the players were off to Peking University for the day's featured event. The athletes met with approximately 45 players from the Beijing Battle of the Districts program and talked about the importance of physical activity and basketball participation. After viewing a short workout and evaluating the talent, Anthony, Paul and Griffin selected nine athletes to make up the Battle of the Districts All-Star team and presented the players with jerseys. Later that night at the Olympic Stadium court in Beijing, the All-Star team competed against CL Smooth, a team made up of some of Beijing's most popular street players. Each player coached a quarter of the game before all three decided to participate in the fourth quarter. The frenzied crowd was treated to some highlight reel plays by the three Jordan Brand ambassadors, including an above-the-rim onslaught by Griffin. The three players added a fifth quarter ot the contest in order to give the fans a little extra basketball action. The athletes wrapped up the Beijing stop with by unveiling new Jordan products to about 100 Chinese media. The event featured the unveiling of the Super.Fly 2, Blake Griffin's shoe for the 2013 playoffs and upcoming regular season. The shoe, which went on sale this week in China, will hit Jordan retail outlets around the world Aug. 8. Griffin spoke in detail about the shoe's Jordan Flight Plate technology and what it provides to his game. Chinese media were treated to a couple of surprise moments throughout the event. First, Chris Paul debuted his CP3.VII to Chinese consumers by wearing the never-before-seen product on stage at the event. The CP3.VII is slated to hit retail outlets around the world in October 2013. Not to be outdone, Anthony shared a couple of inside facts with Chinese media concerning his highly anticipated Jordan M10. The shoe, scheduled to arrive in 2014, is being designed by legendary NIke footwear designer Tinker Hatfield. Anthony promised the crowd that he and Hatfield would have some surprises for them when the shoe hits the market.