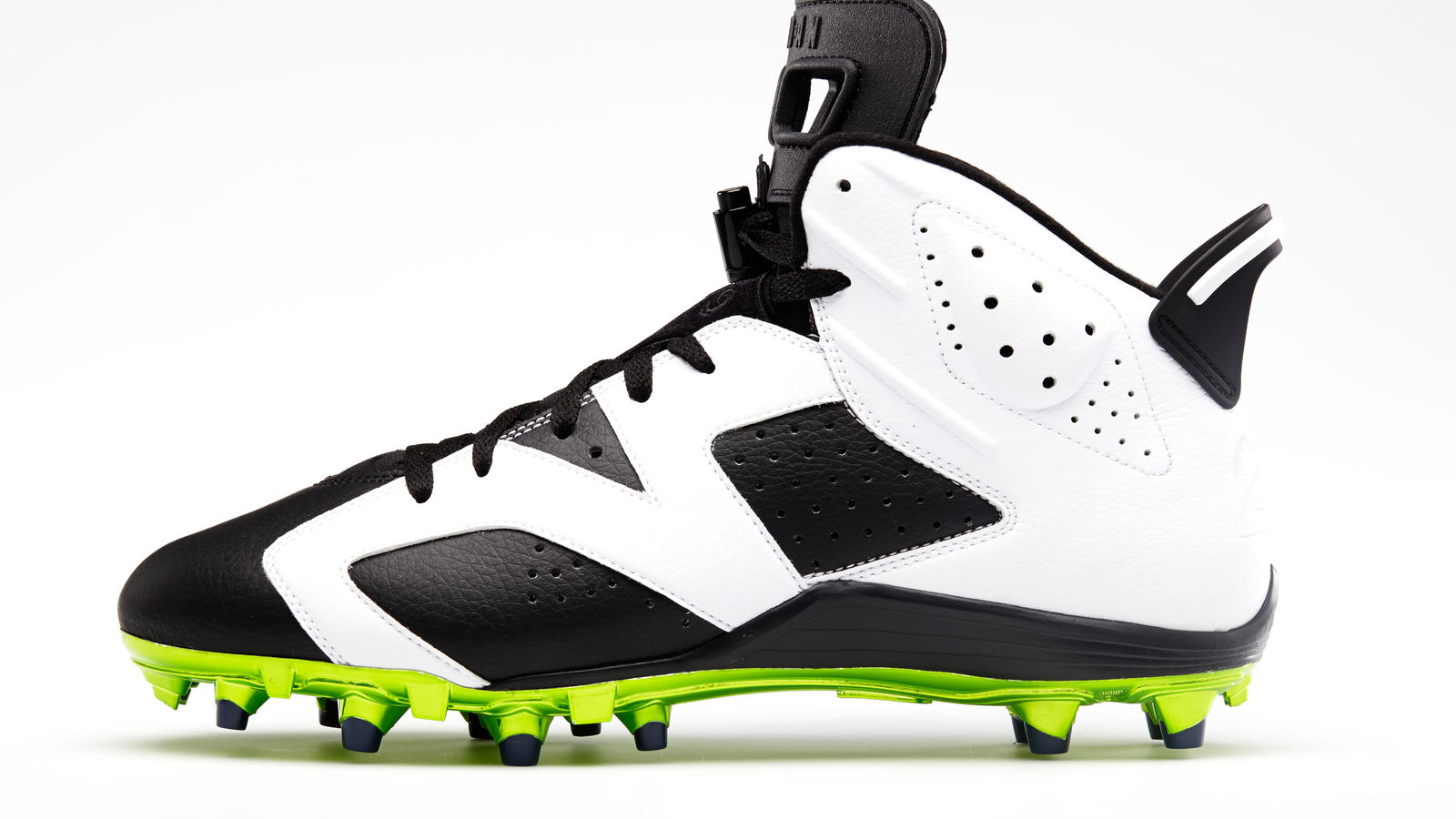 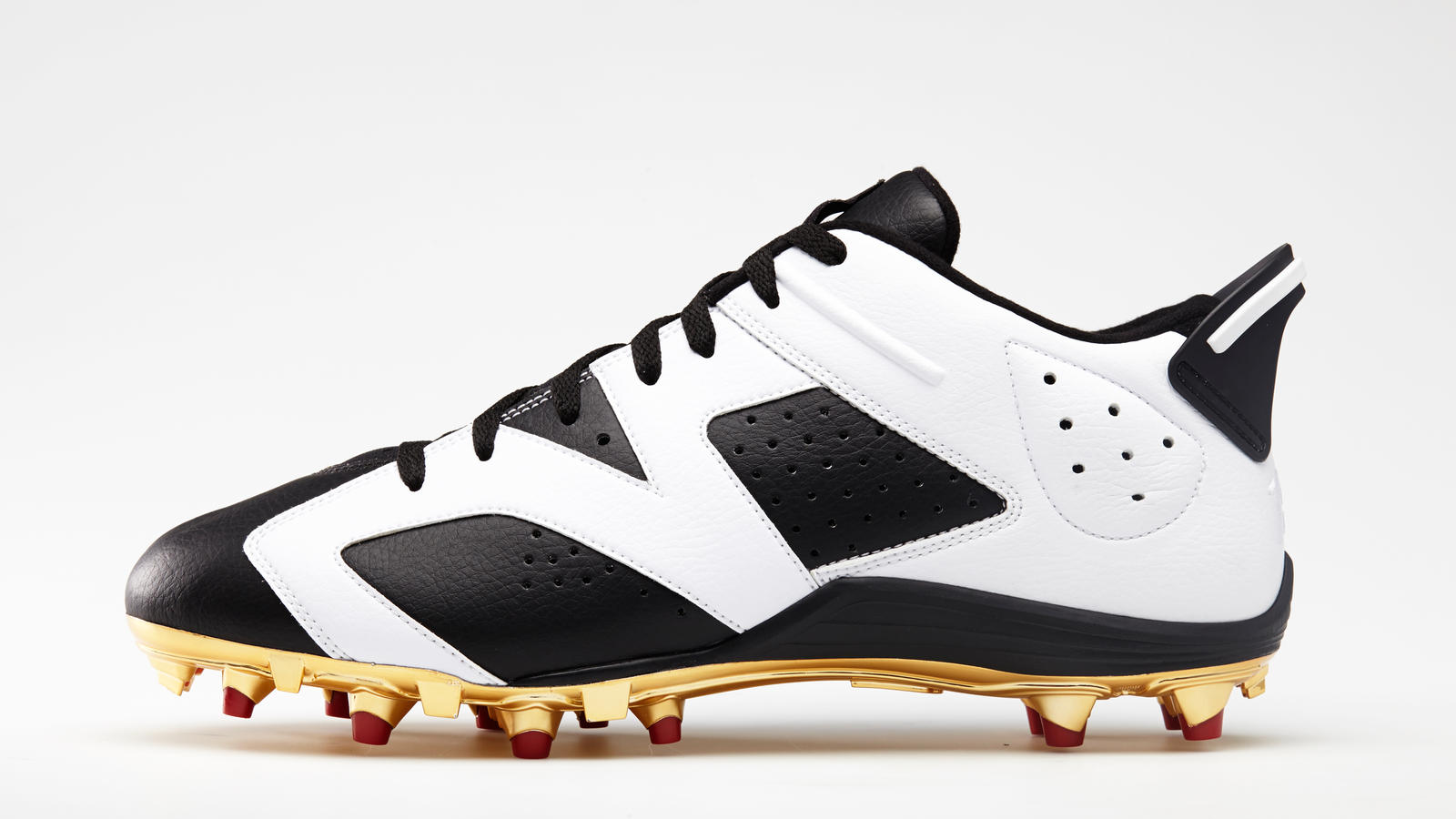 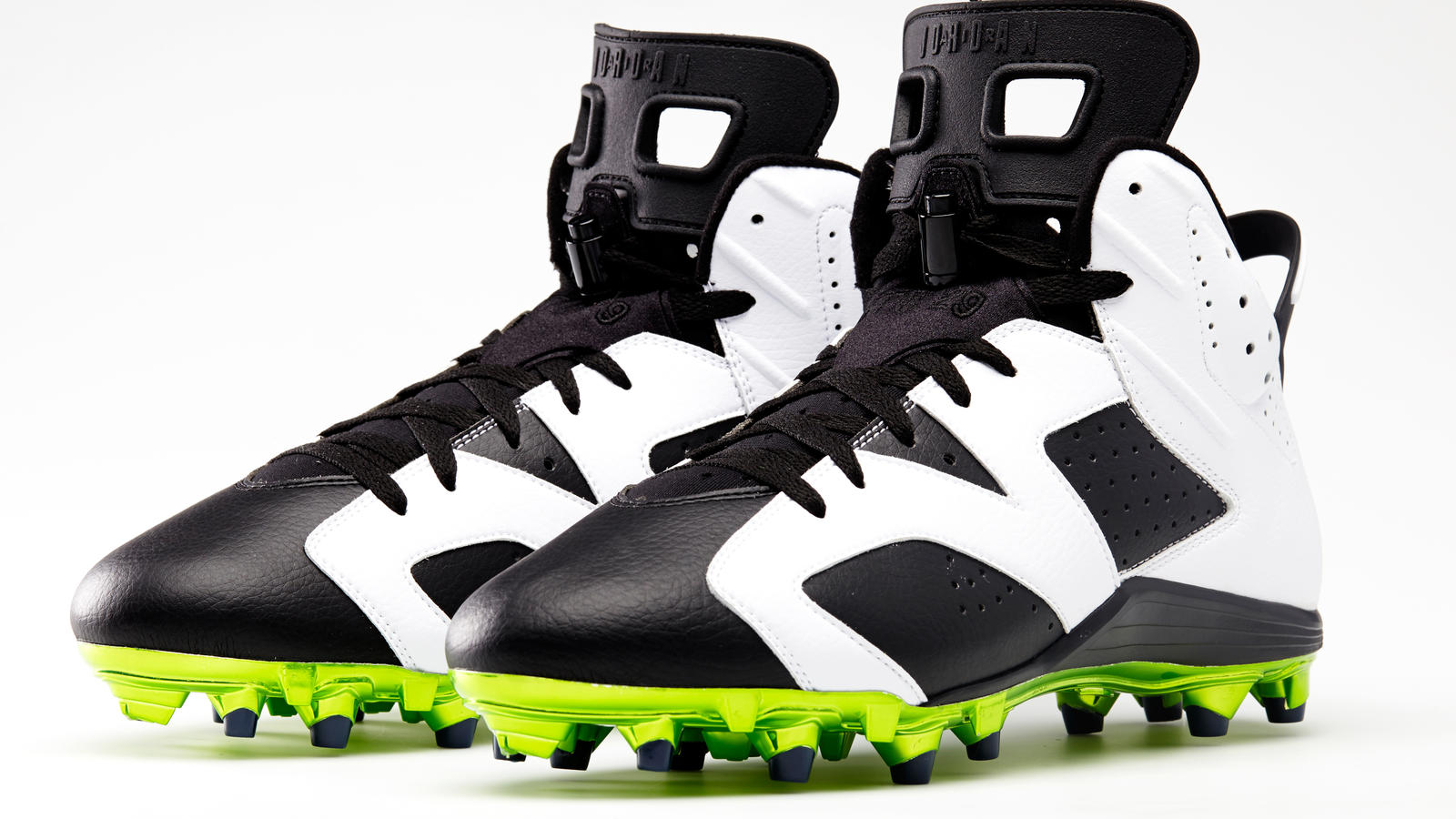 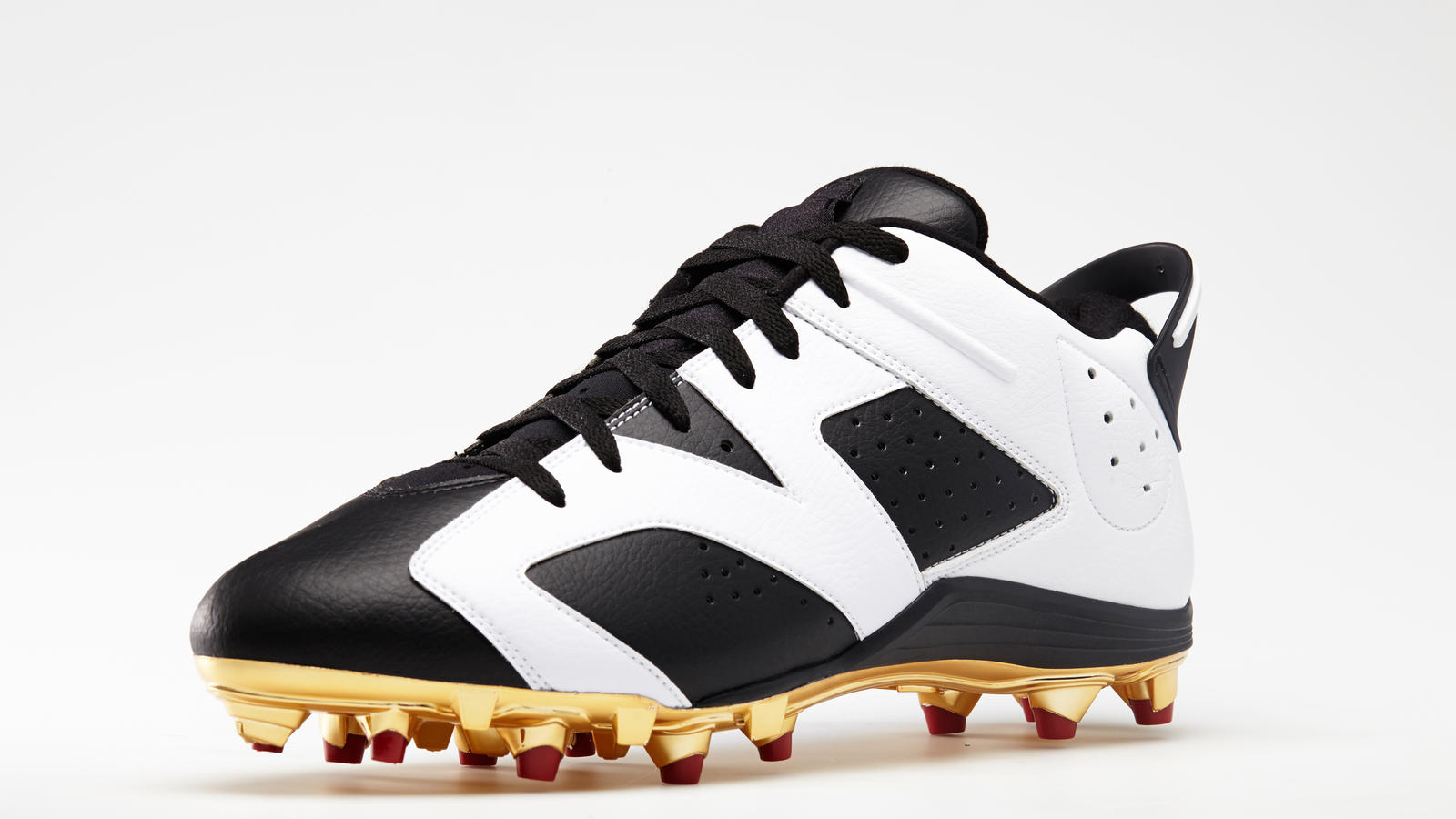 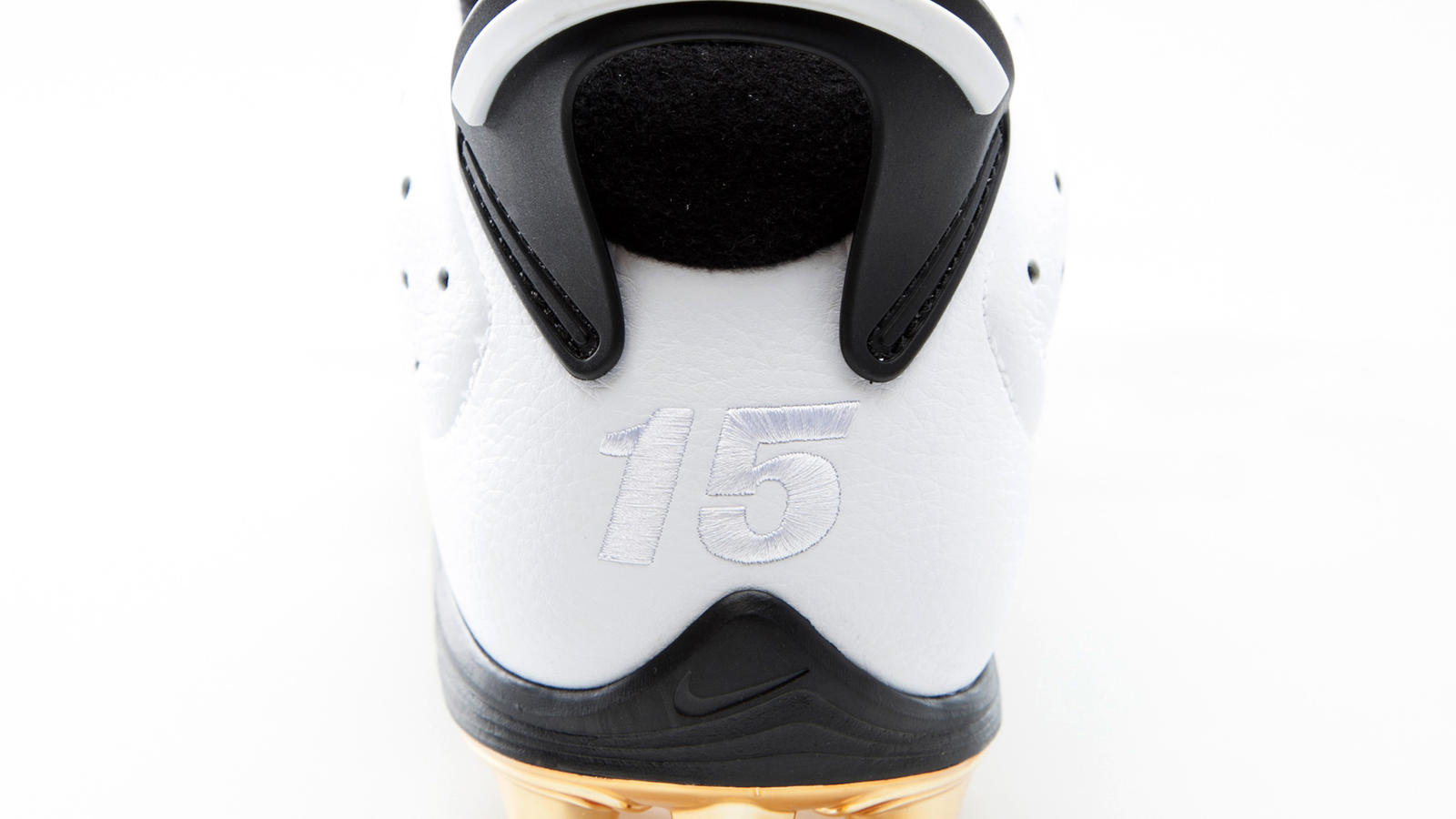 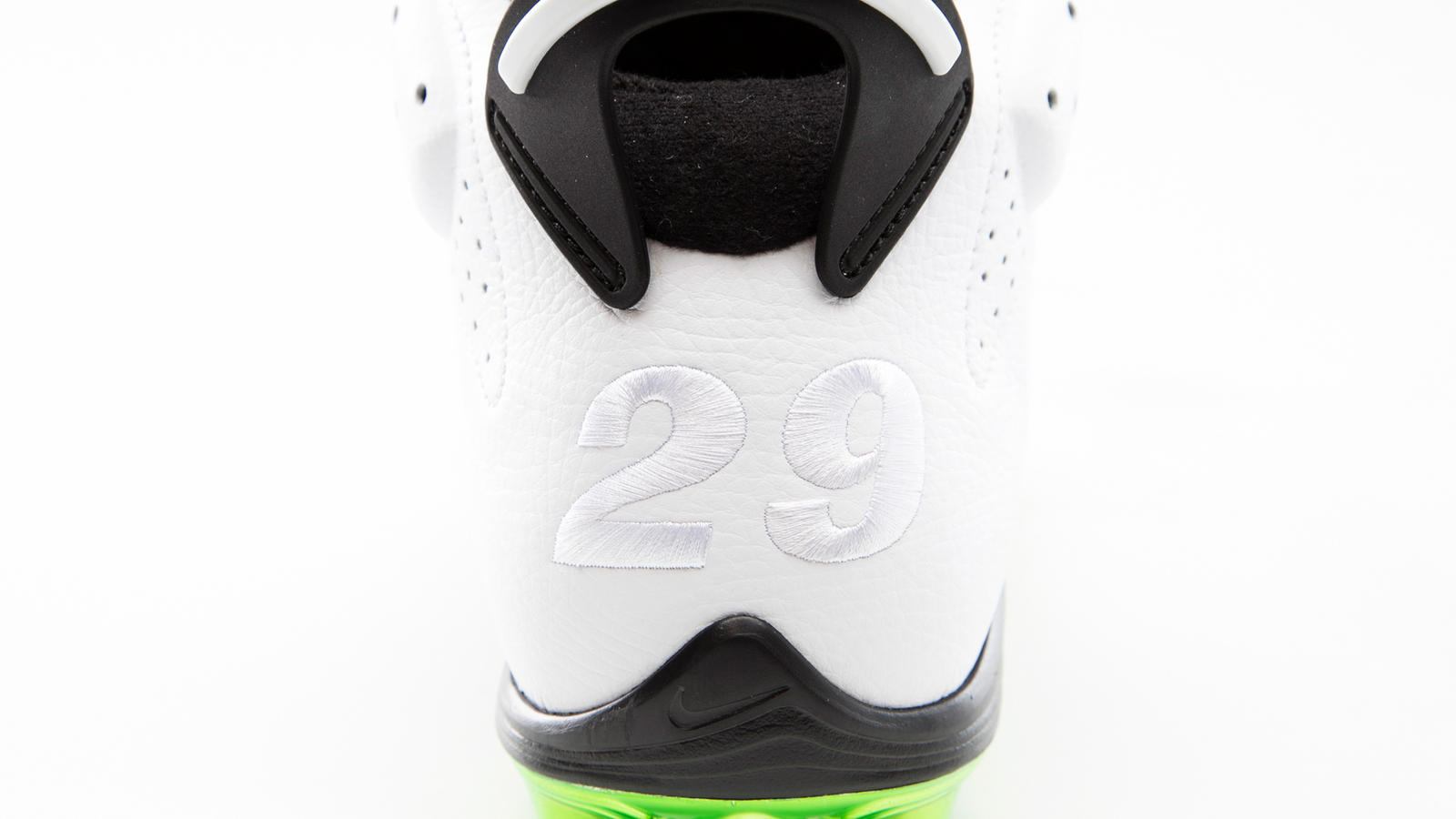 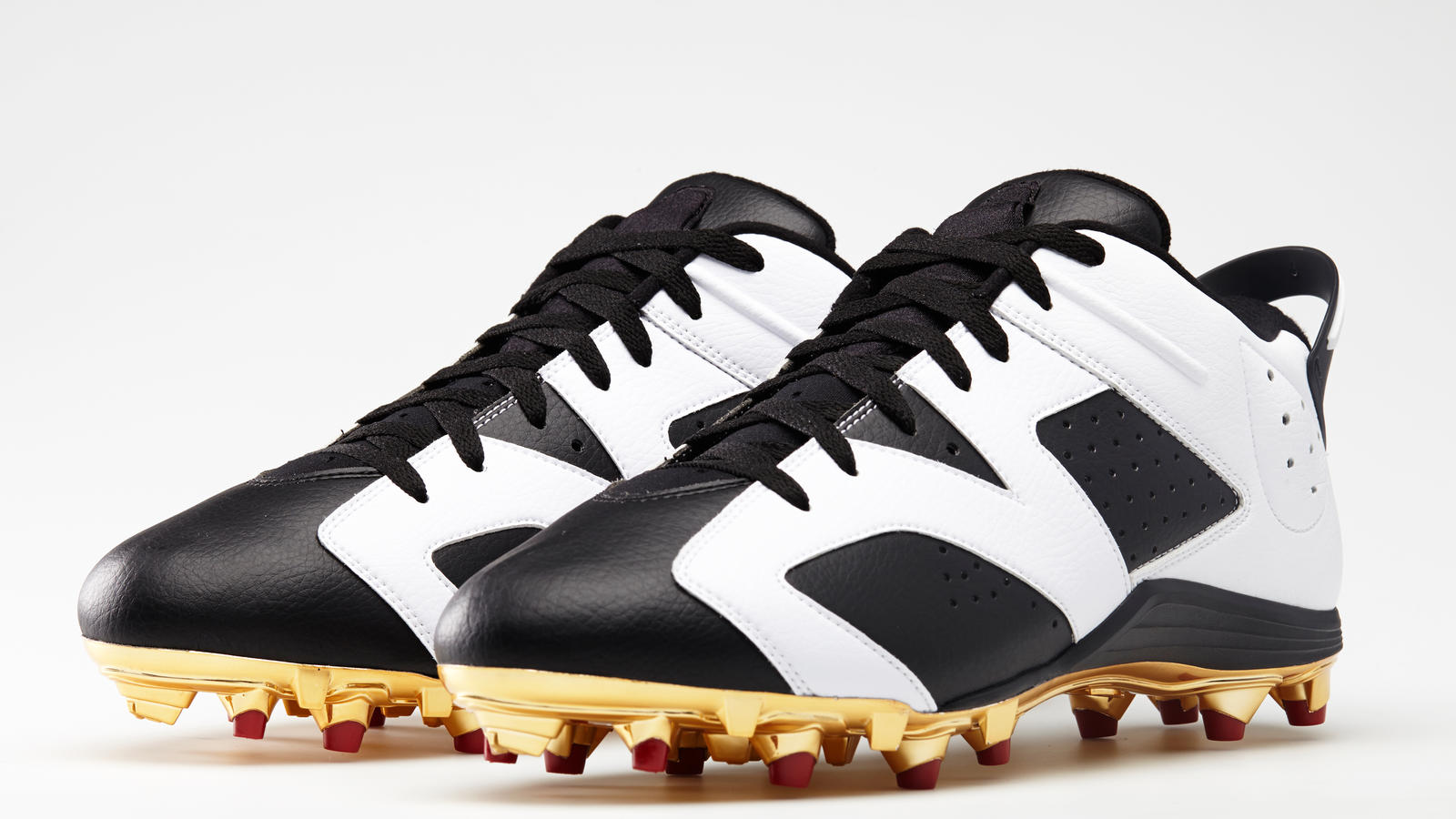 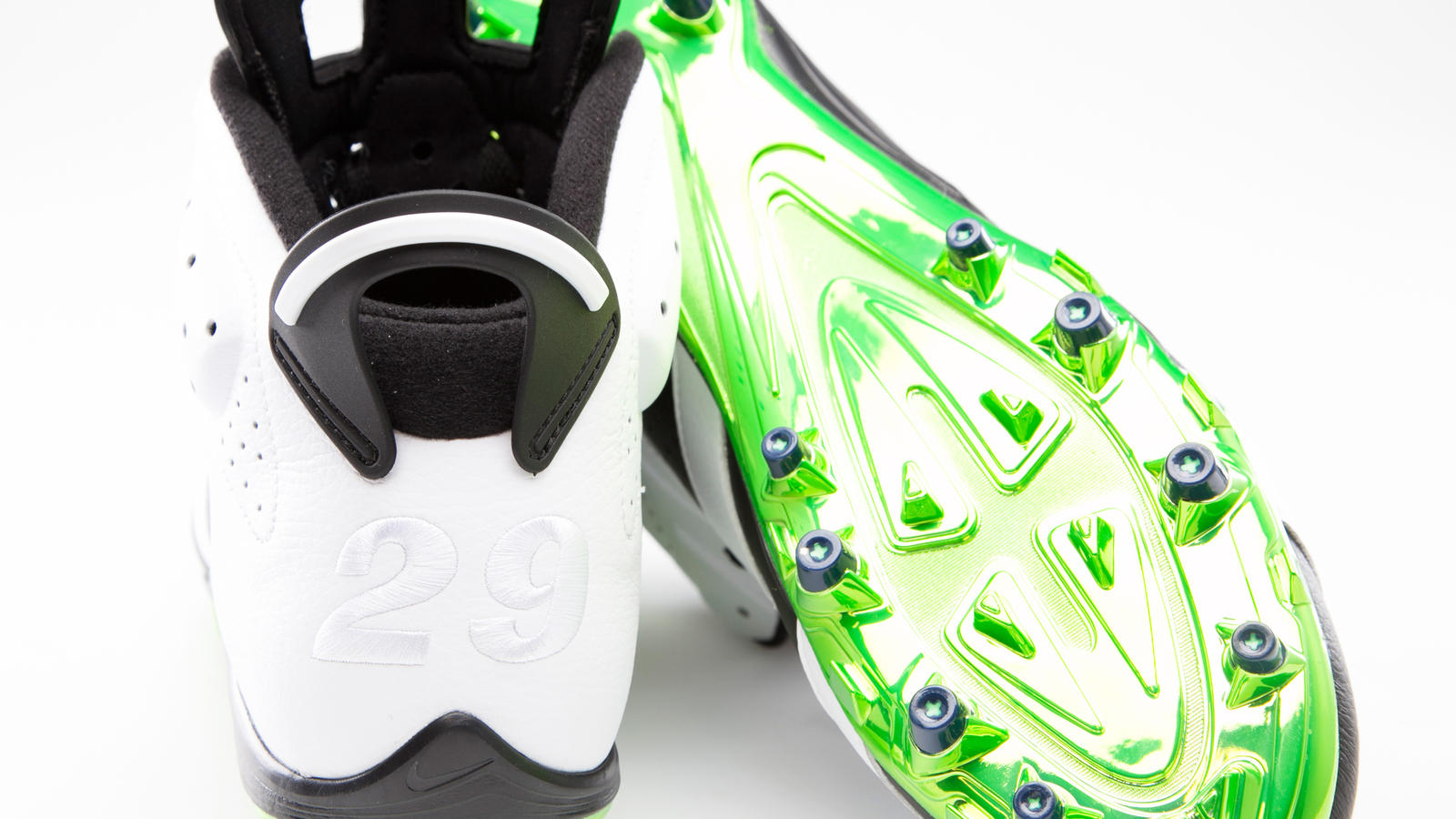 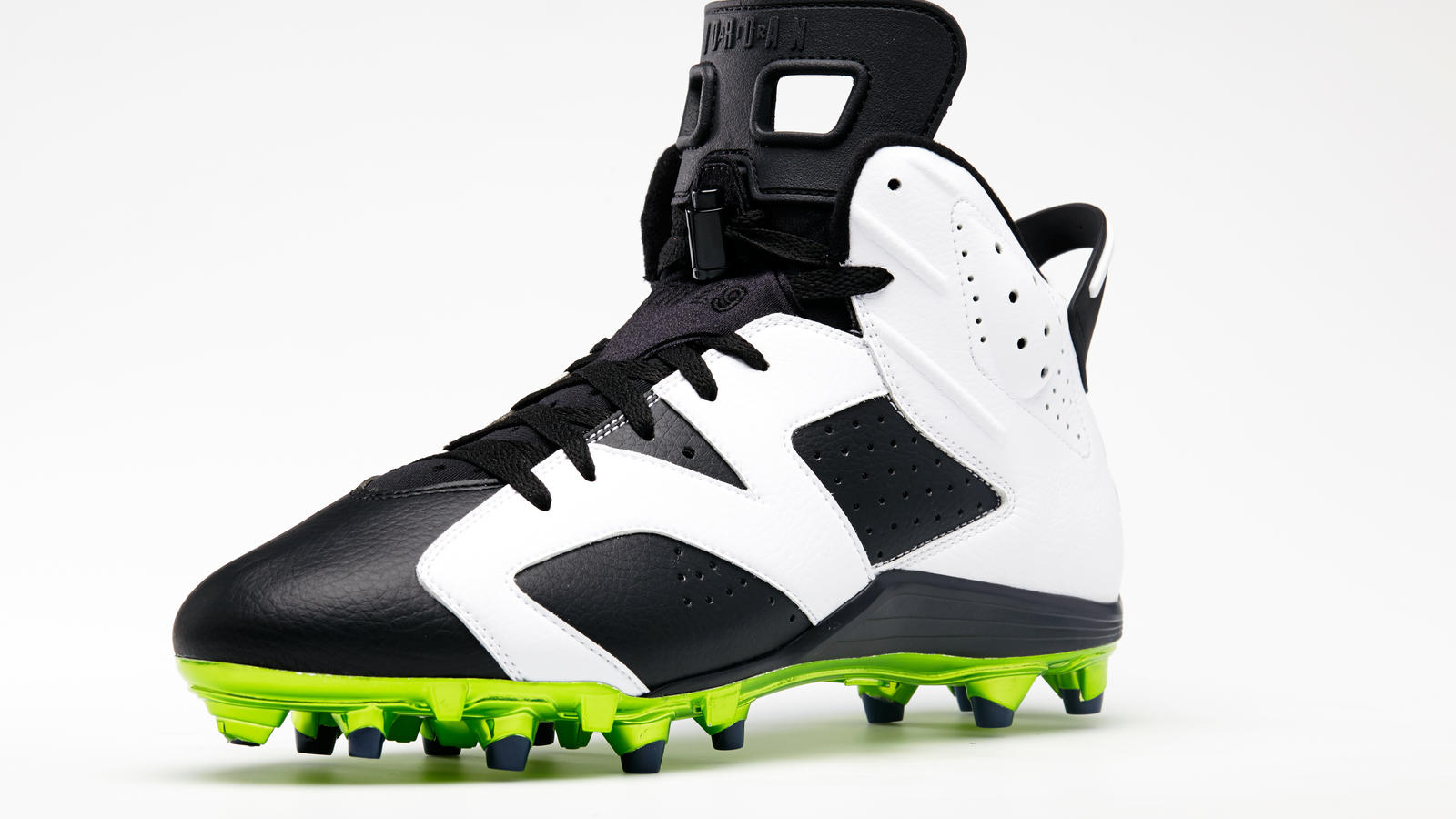 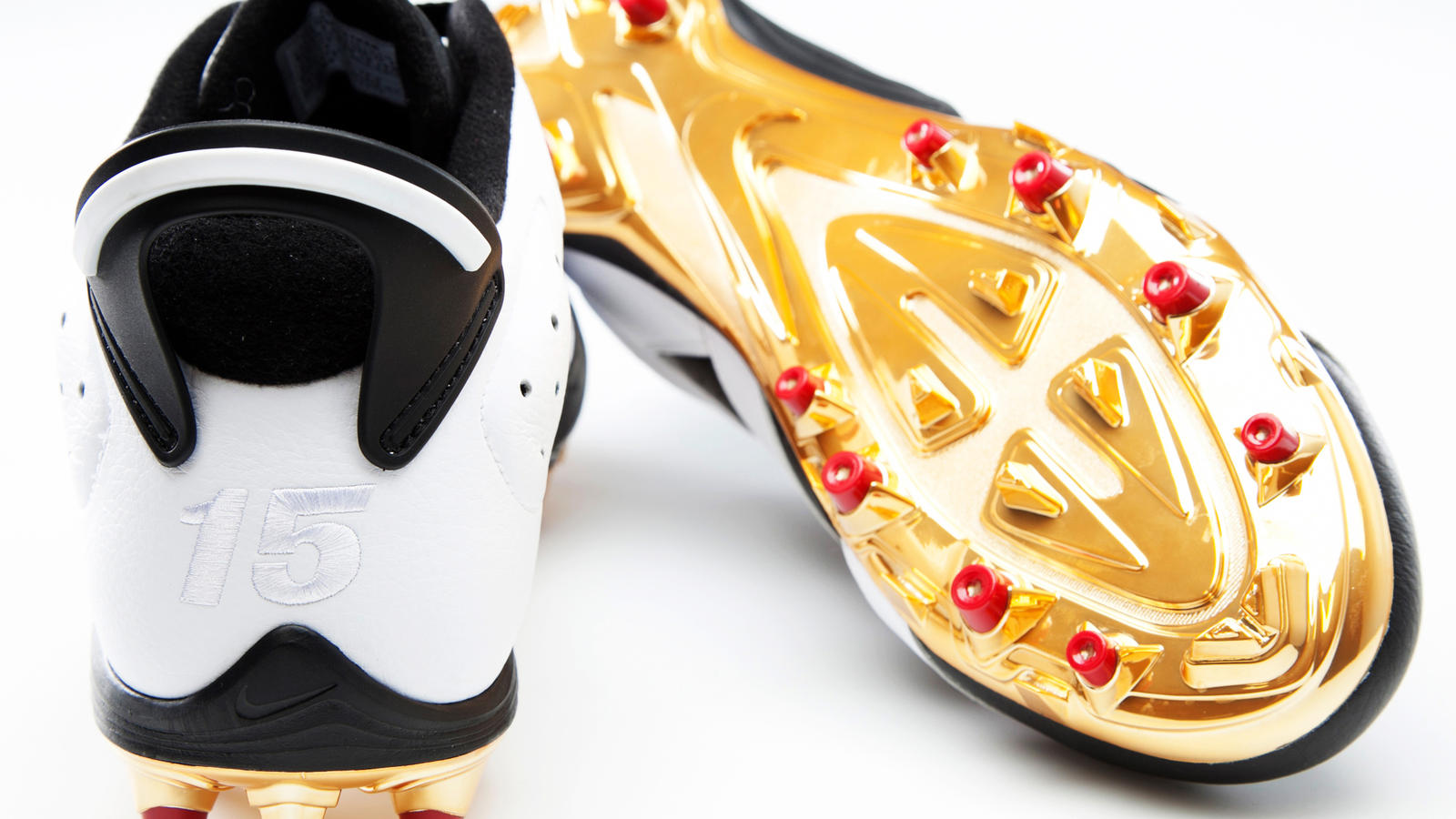 The AIR JORDAN VI will make its return to the postseason this weekend, on the field instead of the court. Jordan Brand athletes Michael Crabtree and Earl Thomas will don custom AJ VI cleats as they continue their quest for football’s biggest prize. The VI is no stranger to the biggest stage; Michael Jordan wore the VI en route to his first championship in 1991.

After returning from an Achilles injury in November, Crabtree made an impressive return to the postseason last week, catching eight passes for 125 yards. This week, Crabtree will take the field in a low-cut pair of the retro cleat with a black/white upper and a number 15 on the heel. The cleat plate features a solid metallic gold with gym red cleats.

In his postseason debut, defensive back Earl Thomas will lace up the custom retro cleat in the AJ VI’s more traditional mid-cut, featuring a white embroidered 29 on the black/white upper. Look for the green cleat plate with isolated navy cleats.

The retro AIR JORDAN VI cleat will be available to fans and players around the globe on Jordan.com and at select retailers this summer.