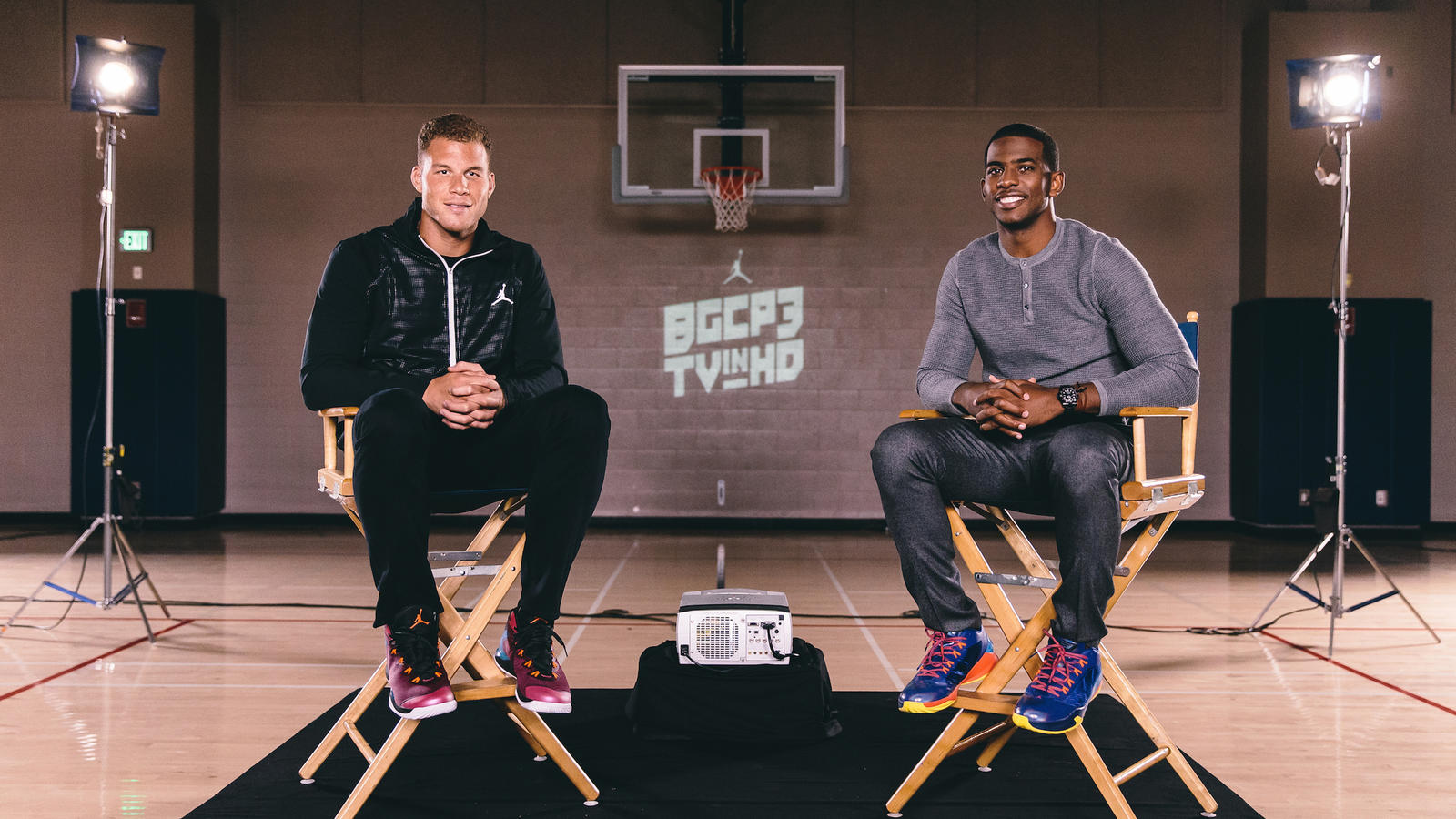 Blake Griffin and Chris Paul on set for BGCP3TV in HD 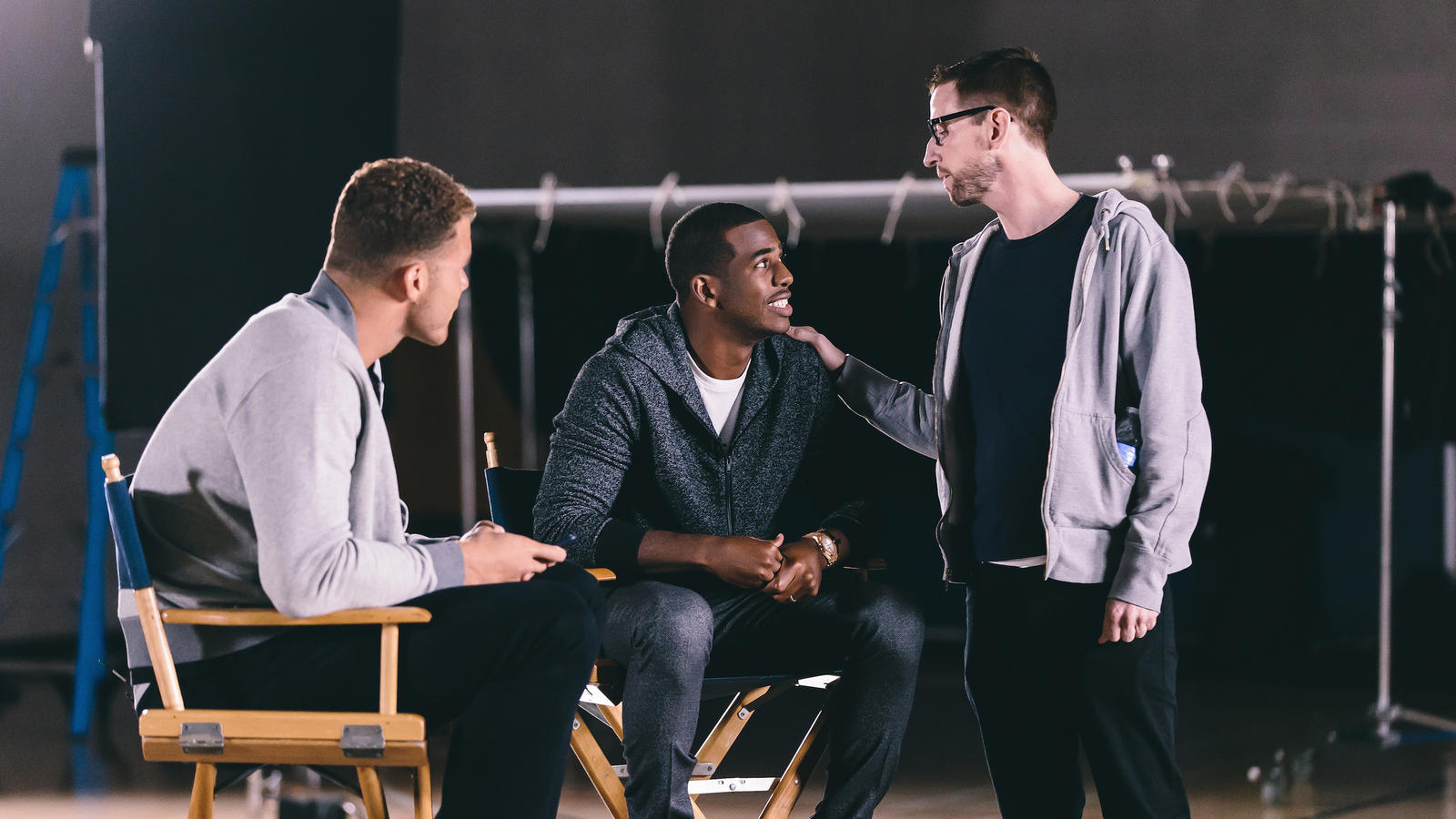 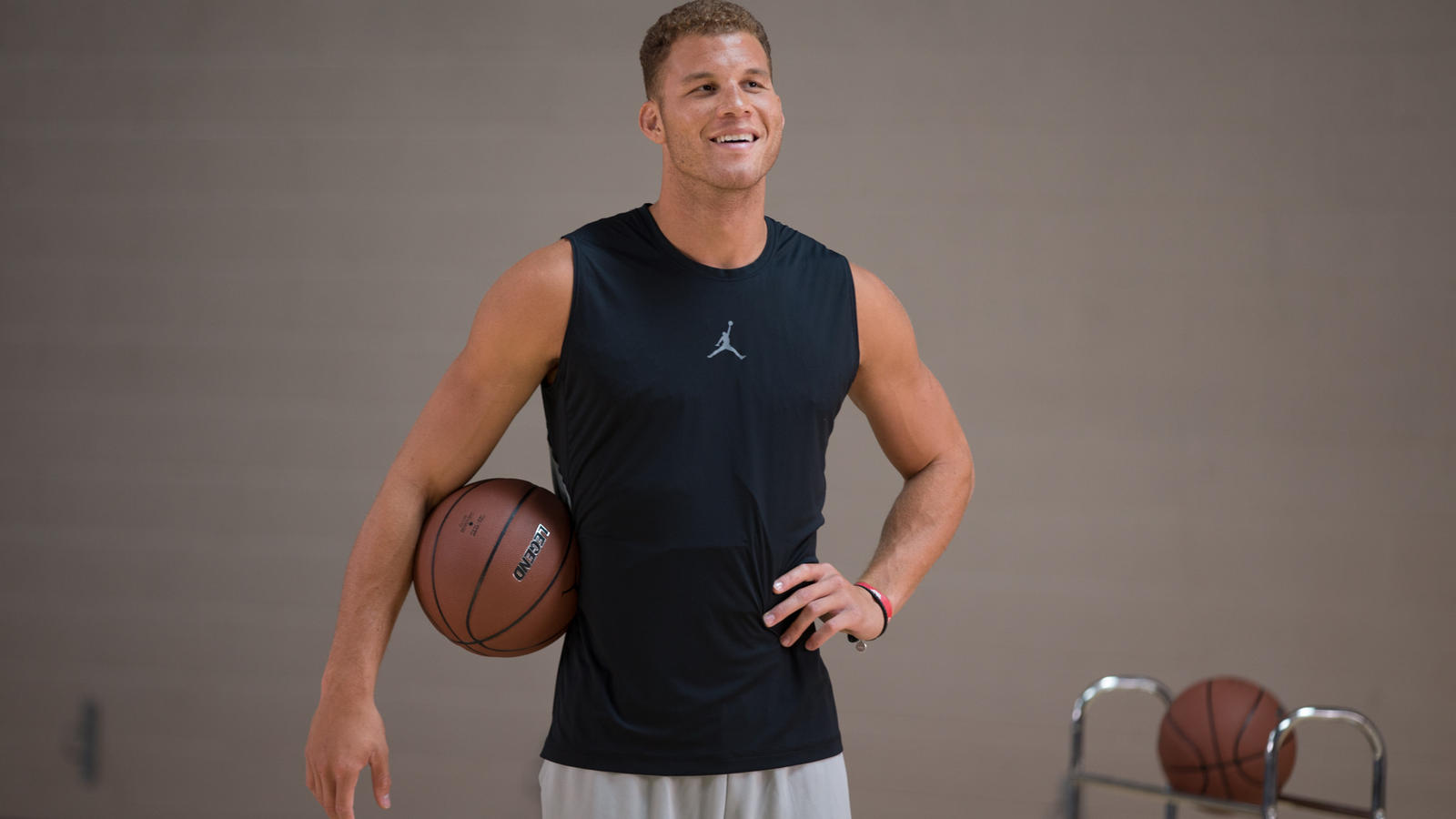 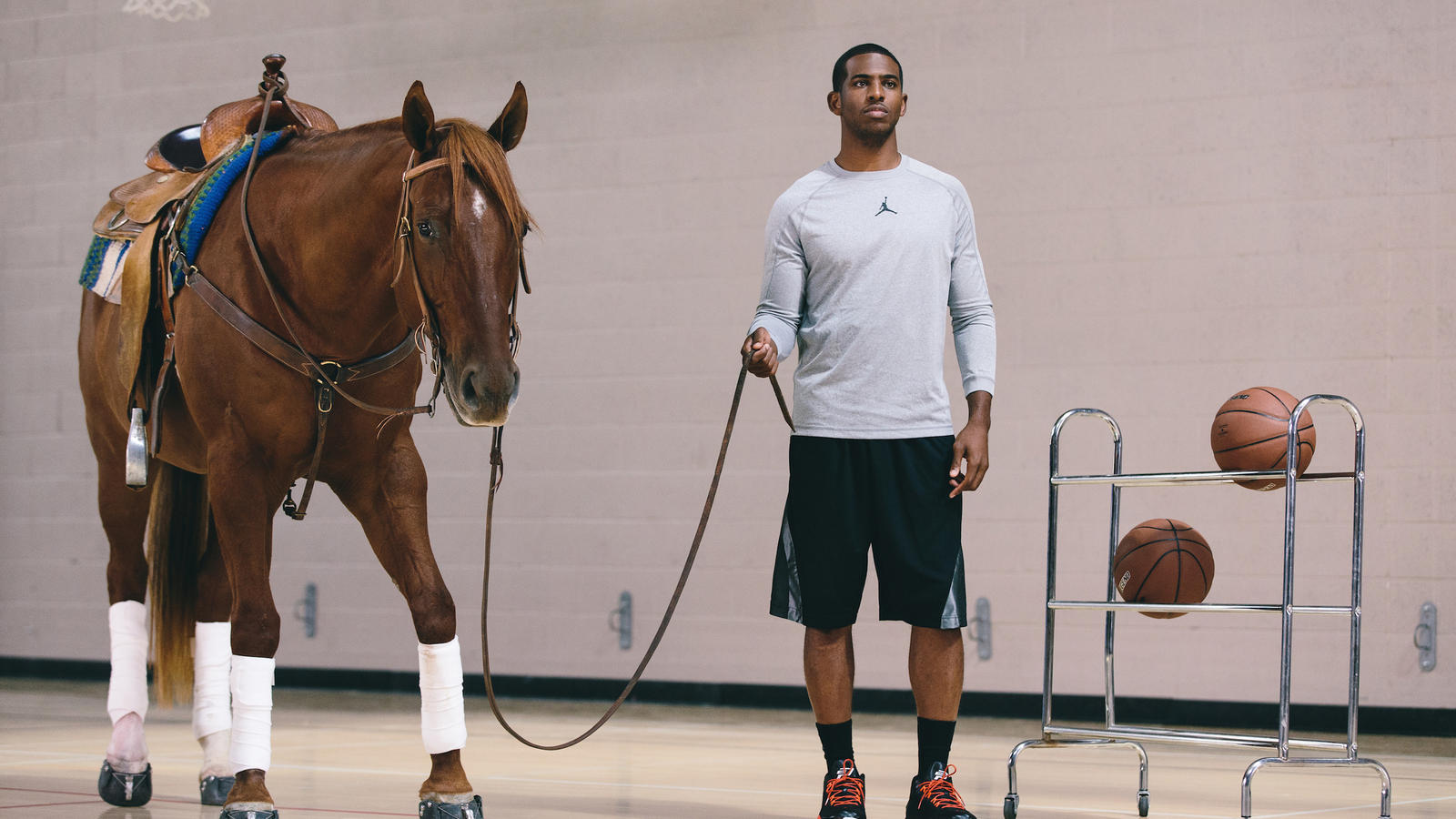 Chris Paul brings a horse to filming of BGCP3TV 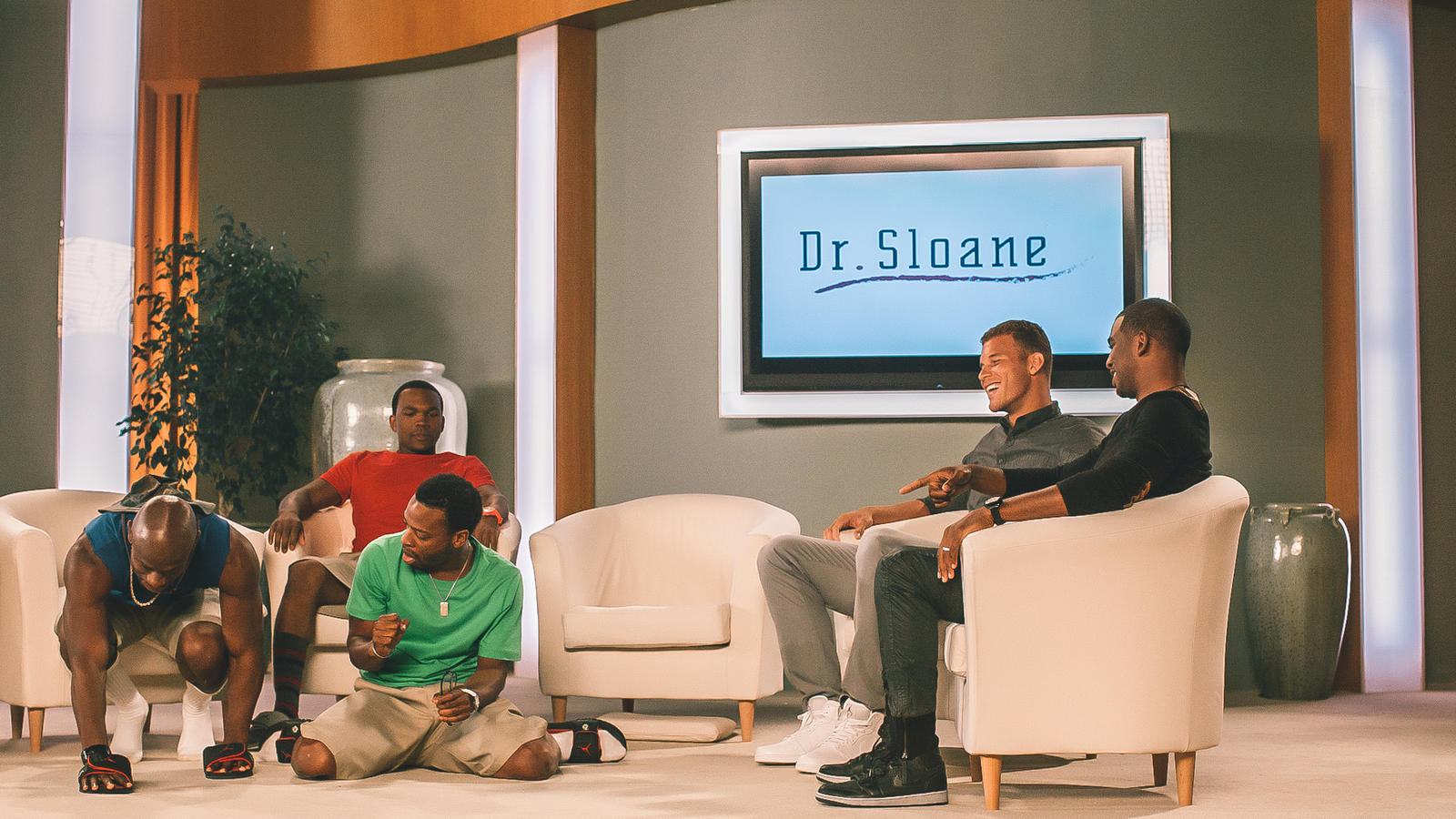 The first five-minute episode of Jordan Brand content will premiere during commercial time on the Adult Swim network at 12:12 a.m. local time in the U.S. on Friday, Oct. 24. A second episode will premiere at the same time a week later, on Friday, Oct. 31. Those that miss the broadcasts can tune in to the Jordan Brand YouTube page to watch the episodes and find additional videos, outtakes and more.

A NEW APPROACH TO THE HOLIDAY CAMPAIGN

Paul and Griffin — the faces of the Jordan CP3.VIII and Jordan Super.Fly 3, respectively — who are traditionally the front men for their own, separate campaigns, jumped at the opportunity to work together on the project. Always pushing to bring their best on the court, both stars felt some of the same motivation when the bright lights and cameras came on, a chance to show off an entirely new set of skills.

“On the bus, after practice or getting lunch, it seems like there’s always a competition to make each other laugh,” said Paul. “It’s fun to come out here and give it a shot on our own comedy show.” 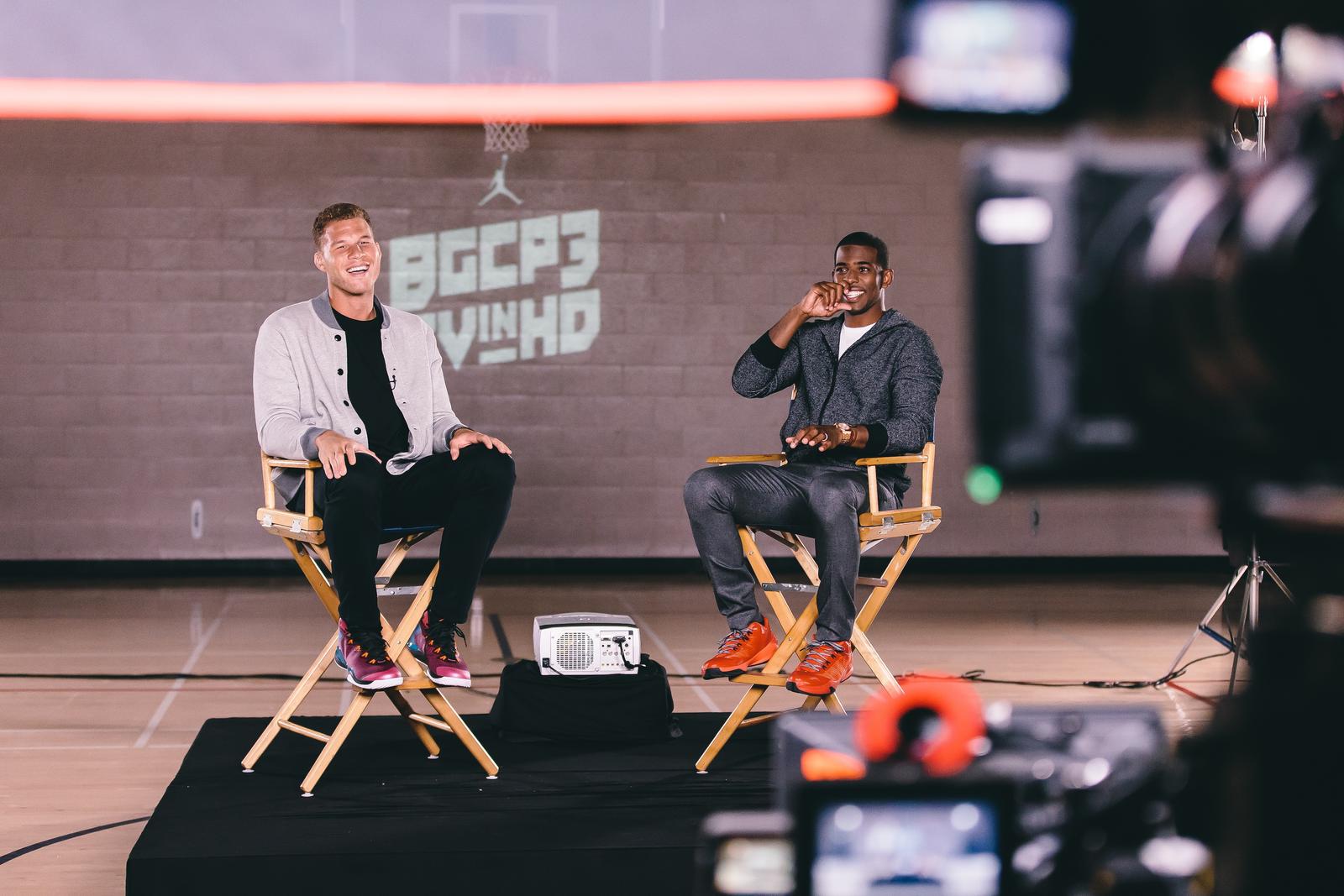 Blake Griffin and Chris Paul on set at BGCPTV in HD

Traditionally, basketball shoe campaigns feature on-court action, high-flying dunks and shots of the shoe in action. This year, the Jordan Brand took a different approach, putting two of the game’s biggest superstars at the center of the campaign. Bringing them together for a collaborative effort was a natural outgrowth of the players’ relationship.

“The funny thing is it doesn’t really feel like acting,” said Griffin. “This is pretty much just us being us, but in some pretty crazy situations that Neal Brennan came up with.”

To bring the idea to life, Jordan Brand partnered with comedian Neal Brennan, co-creator of “Chappelle’s Show,” to co-create and co-write the show.

“There are a lot of funny athletes out there, but it’s rare that you see a guy like Blake — I can honestly say he’s an actor who just happens to be an amazing basketball player,” said Brennan. “But don’t sleep on CP, either. Watching him, you see right away that he’s got plenty of talent and the situational awareness needed to pull off the jokes.”

The Jordan Super.Fly 3, the latest shoe in the successful Super.Fly line, returns for the season equipped with FlightPlate and paired with a sonic boom-inspired synthetic upper. Combined with the Flight Web fit system, the Super.Fly 3 delivers the bounce and energy return of FlightPlate with a lockdown, supportive fit to help the game’s highest fliers — such as Griffin — experience the Power of Flight.

Inspired by Paul’s Speed of Flight, the Jordan CP3.VIII brings a sleek, minimalist aesthetic to a shoe designed to deliver maximum performance, speed and responsiveness on the court. Combining performance features such as forefoot Nike Zoom units, a TPU chassis and Flight Web fit system, the CP3.VIII offers a low-profile shoe designed to stay with one of the quickest players in the game as he cuts, slashes, drives and shoots from all areas of the court.

The Super.Fly 3 is available now at Jordan.com for $140. The CP3.VIII launches Nov. 5 for a suggested retail price of $130. To learn more about the shoes and for more details about the BGCP3TV in HD episodes, stay tuned to Jordan.com, YouTube.com/Jumpman23 and @Jumpman23.