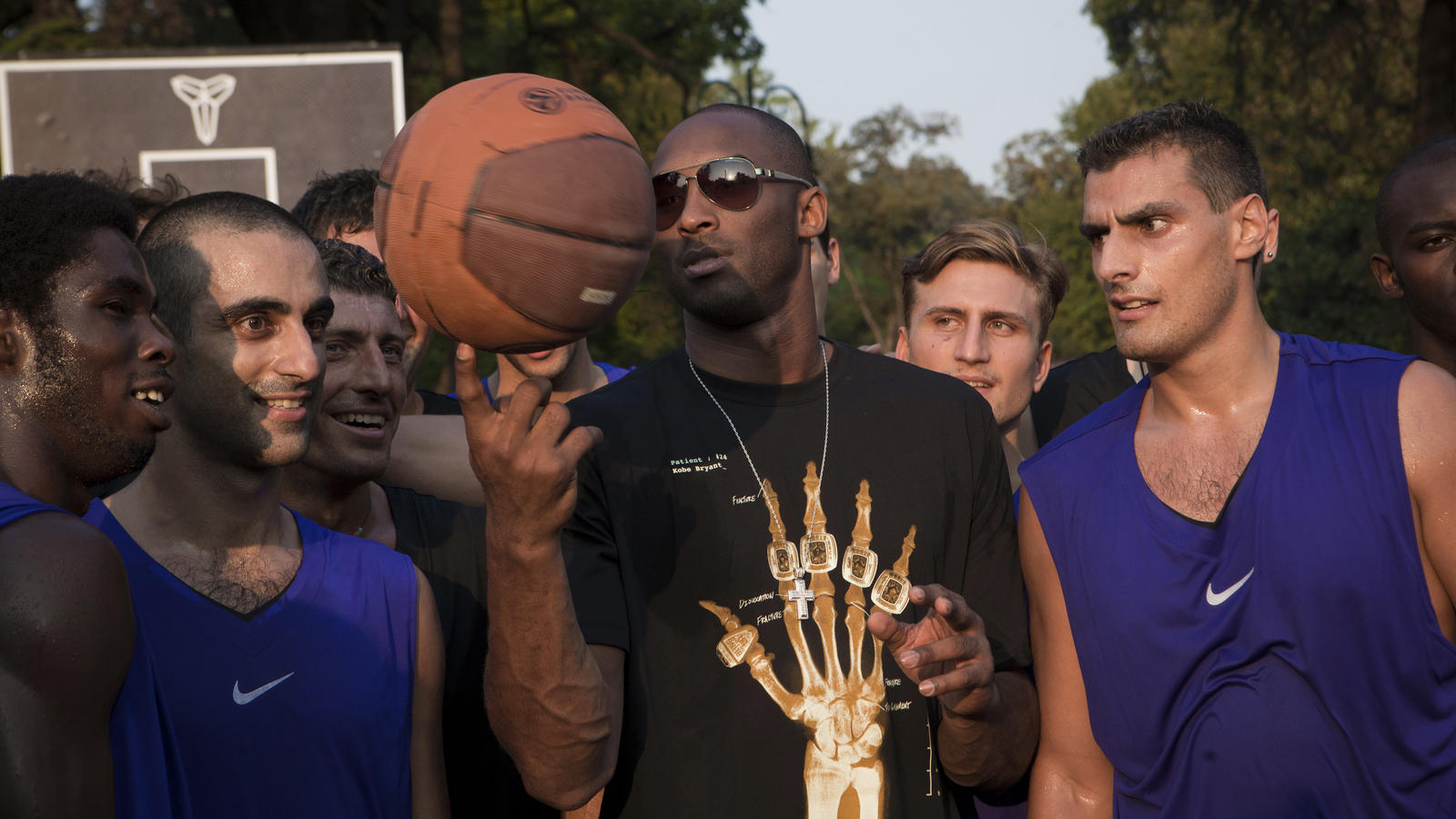 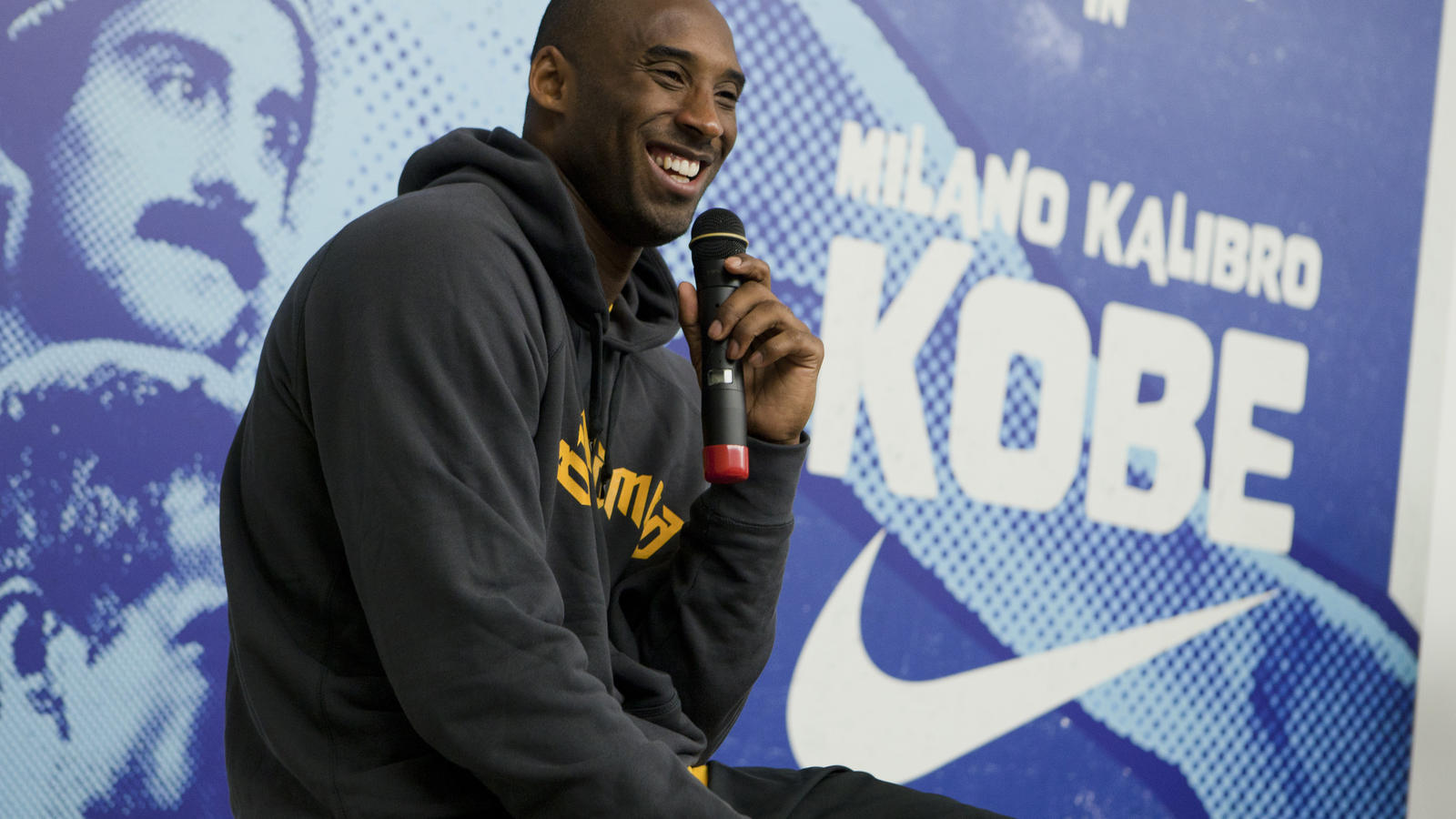 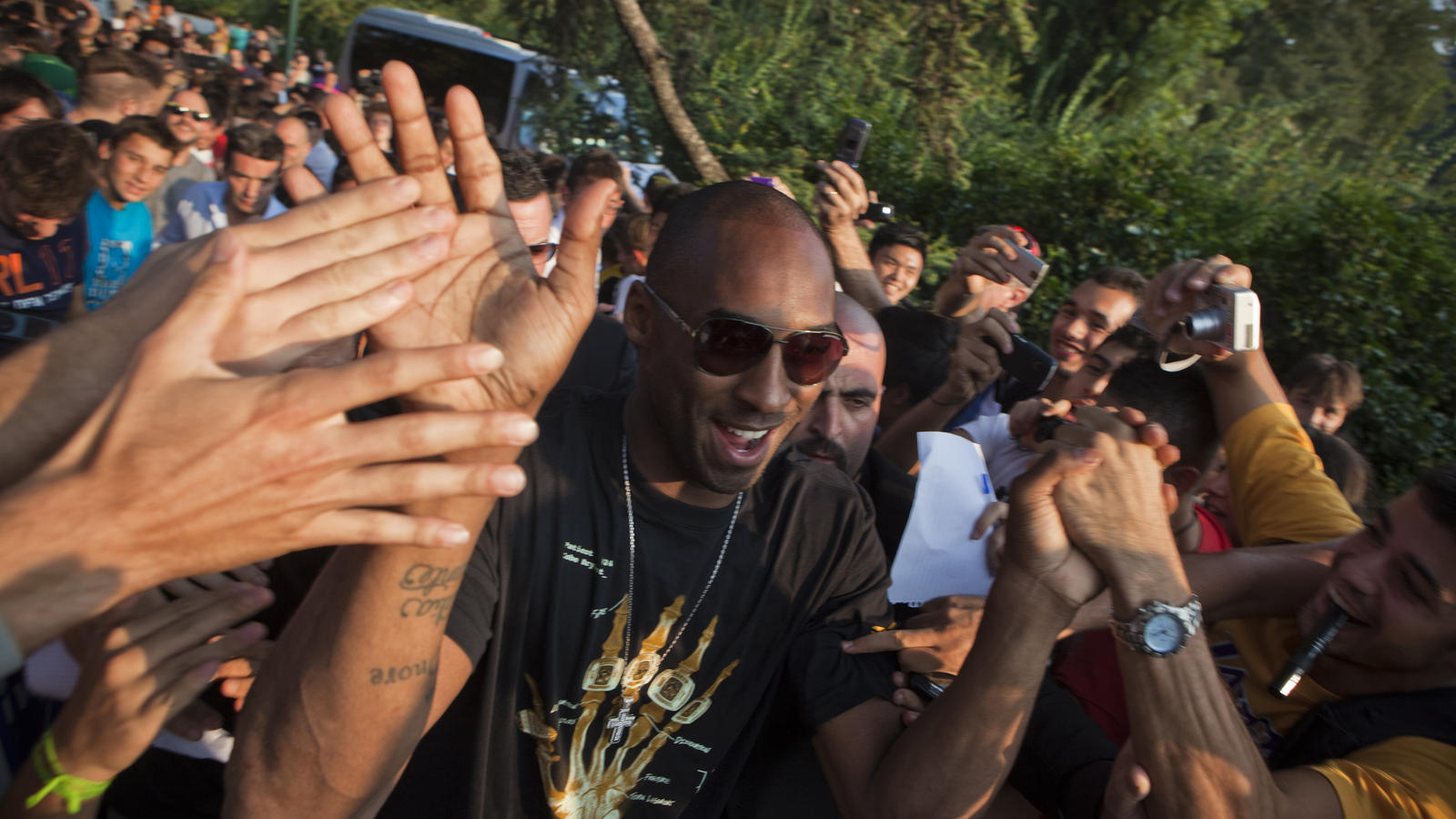 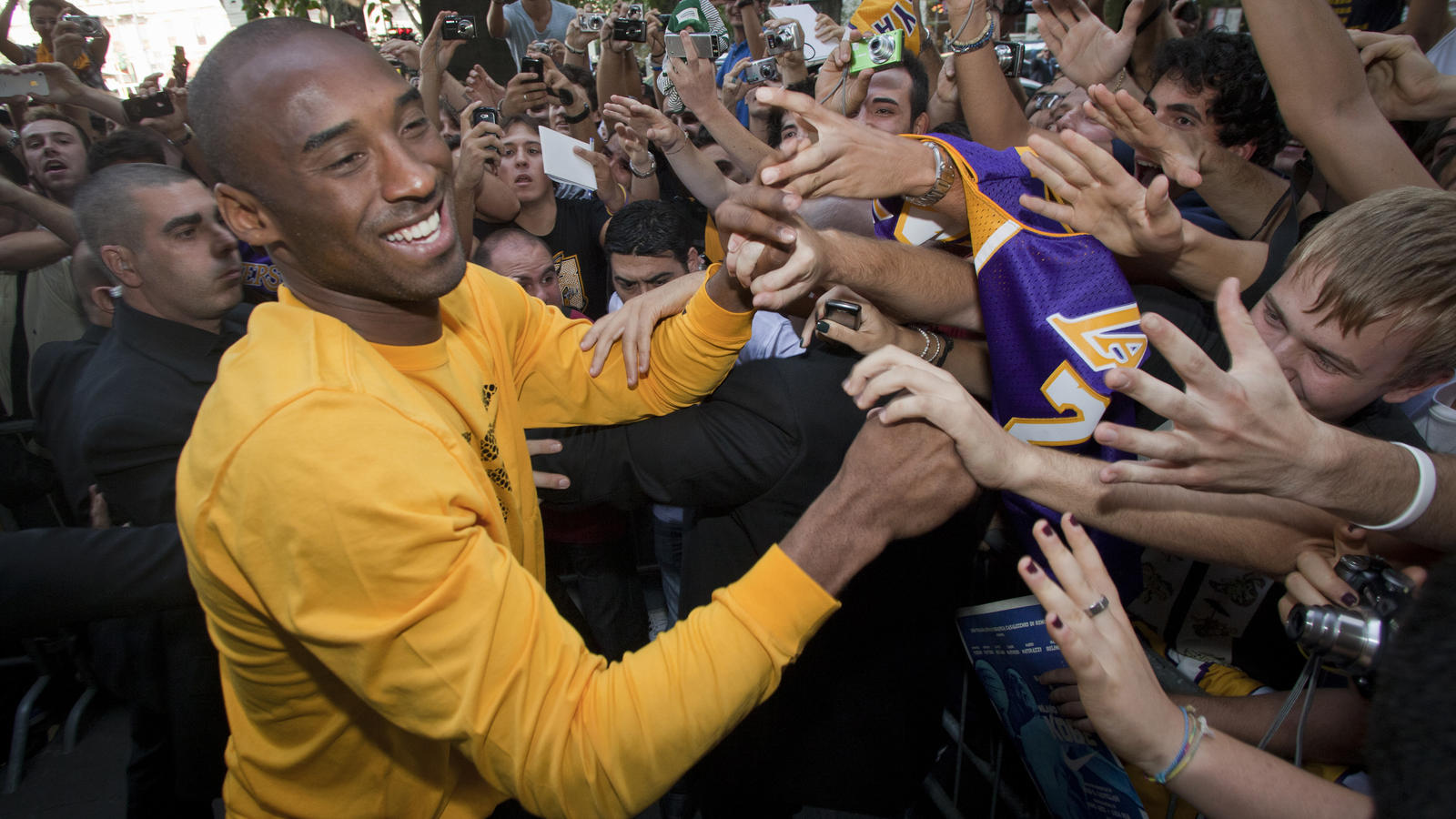 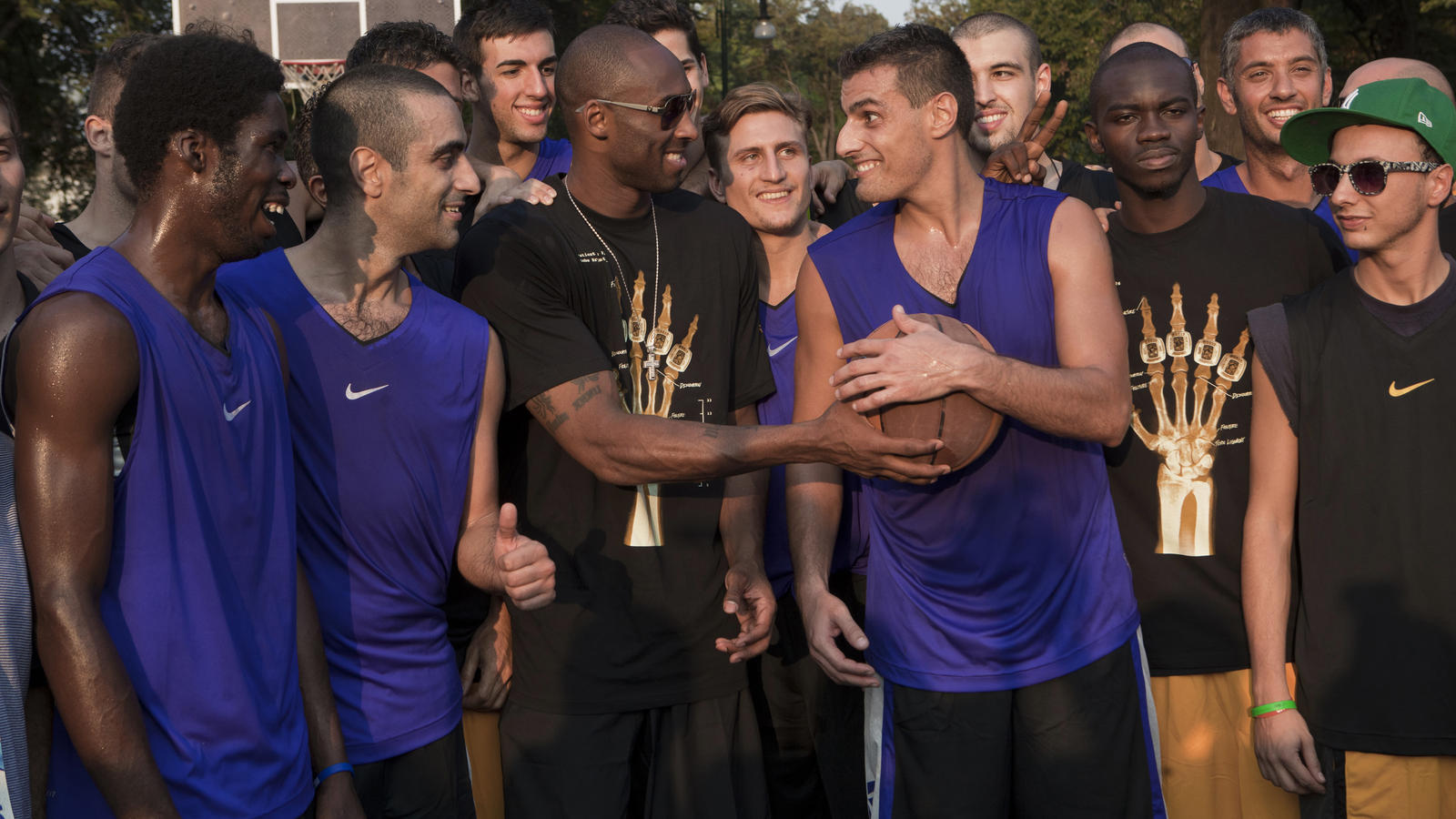 Milan goes wild for Kobe Bryant: September 29, 2011 Upon his arrival in Milan at “Nike Stadium Milano," Kobe Bryant plunged into a sea of fans in a frenzy as he arrived to meet the five Nike Kobe VI ID designers who won the contest launched yesterday on the Nike Sportswear Italia Facebook page.

Later, Kobe visited the playground at Parco Sempione, where a crowd was eagerly waiting for the great champion to watch the 3 vs. 3 finals and judge the best MVP (3 point scorer). Still surrounded by countless fans, Kobe reached the House of Hoops in Corso Vittorio Emanuele for the award ceremony where he met a crowd of lucky young basketball enthusiasts.

Bryant fans flock to Rome's Nike store on Via del Corso: September 29, 2011For his second day in Italy, Kobe Bryant flew into Rome this morning, following his appearance on the live broadcast of the Deejay Chiama Italia show on the radio station Radio Deejay.

Following the triumphal reception he received from fans in Milan, the basketball star made a stop at the Stella Azzurra field, where 16 of the 97 best players in Italy were participating at the Nike Elite Basketball Camp with a chance to practice with, and compete against, two NBA stars: Kobe Bryant and Andrea Bargnani.

Kobe gave advice to the up-and-coming Italian players, who did their best to steal some of his secrets of the game. At the end of the practice session, Kobe fielded a barrage of questions from the youngsters and then wrapped up his attendance at Stella Azzurra with a thundering dunk, followed by a 1-on-1 with one of the participants, who wanted to see how he measured up against his idol.

Kobe then proceeded directly to the Nike Store in the Via del Corso, where he met with a few lucky young fans for an autograph and photo session.

One day away from its official release, the video-teaser of the short movie “Milano Kalibro Kobe”, starring the all-time NBA star Kobe Bryant and the athletes from the Nike crew Marco Belinelli, Claudio Marchisio, Marco Materazzi, Gennaro Gattuso, Gianpaolo Pazzini and Alberto Aquilani.