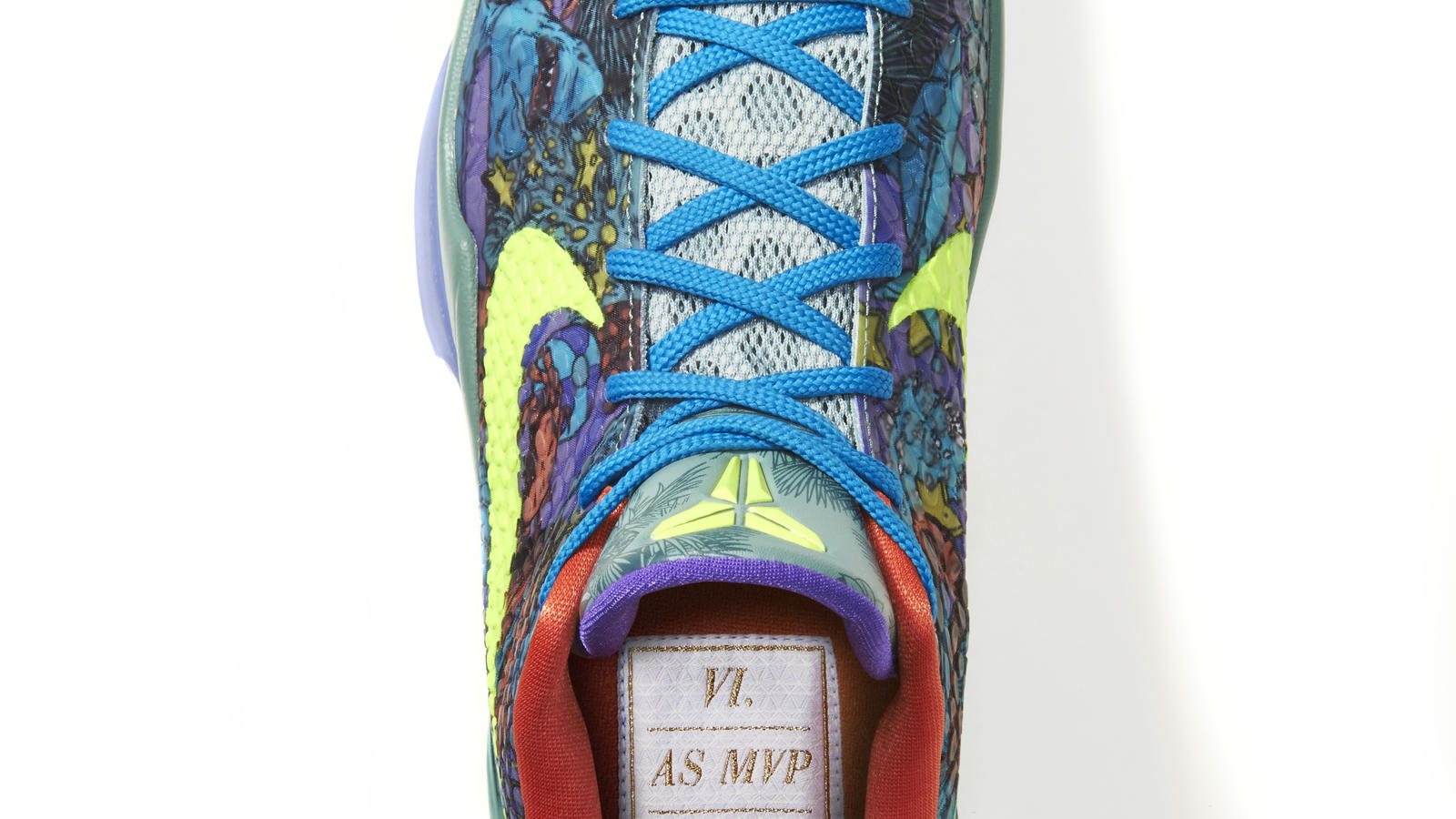 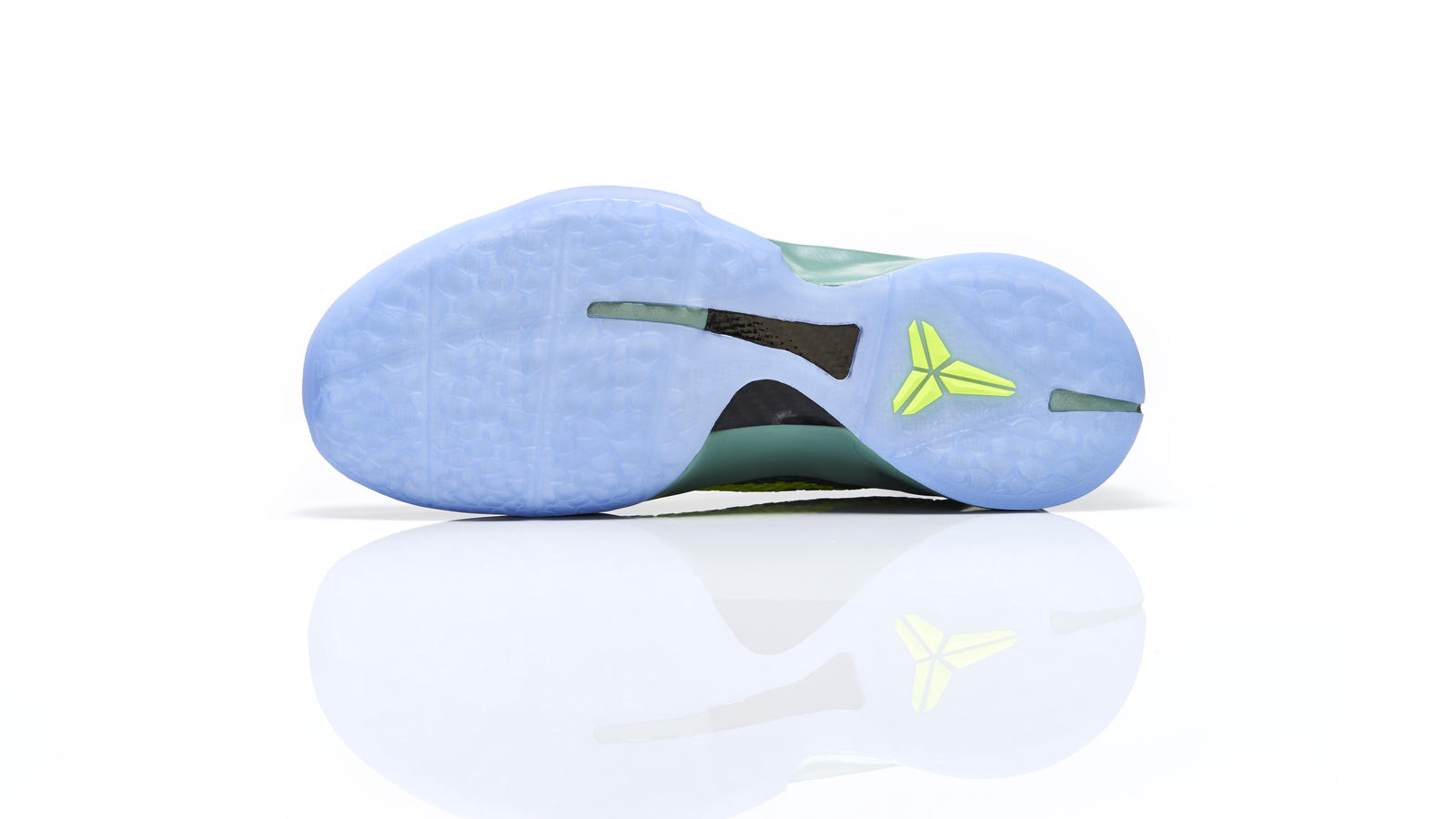 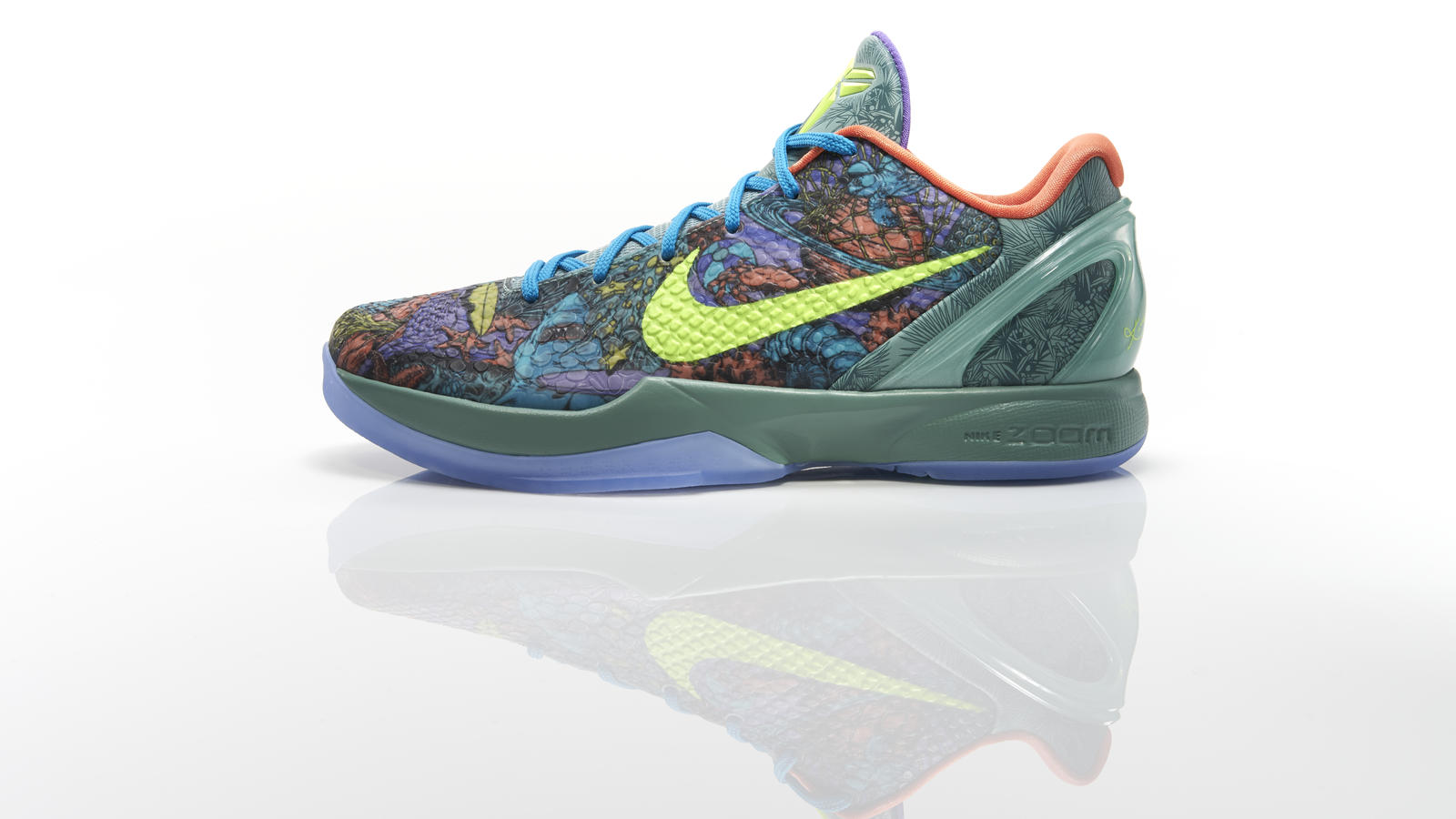 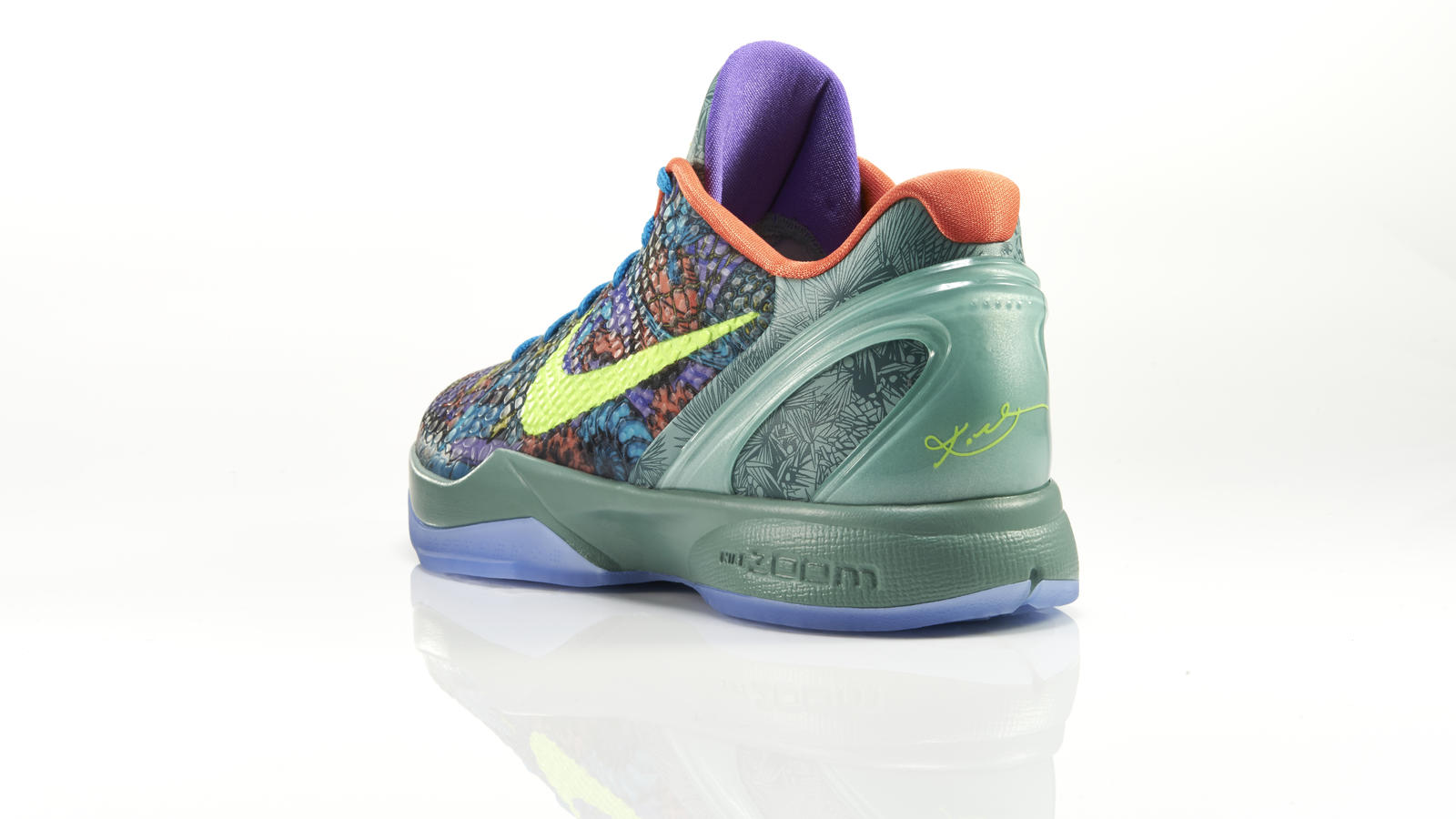 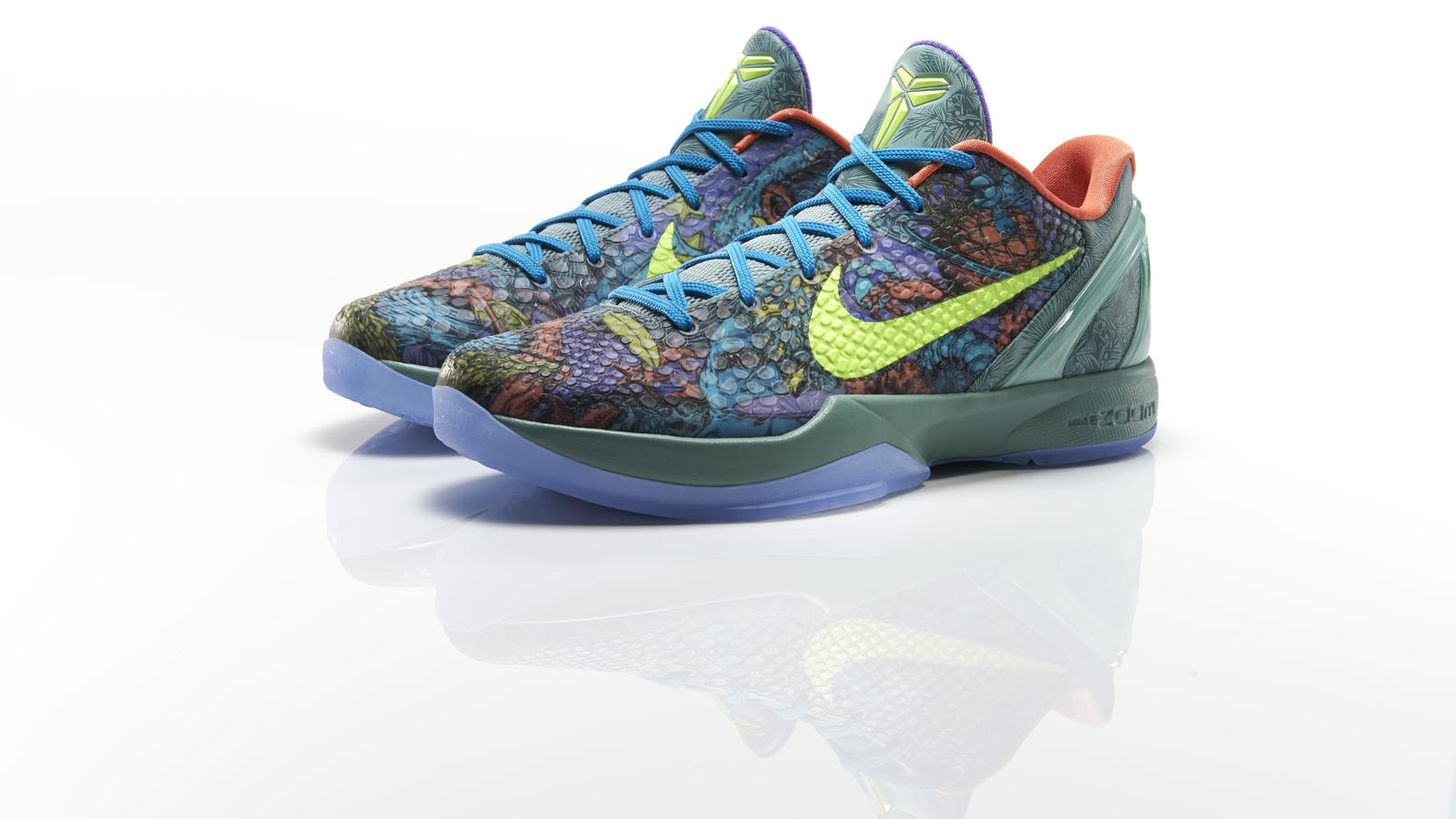 The shoe’s upper includes distinct polyurethane “islands” that emulate a snake’s skin and increase or decrease in size throughout the shoe to protect against abrasion and increase durability exactly where needed.

Celebrating Bryant’s 2011 All-Star MVP award won on his home court, the Kobe Prelude VI pays homage to Los Angeles and its surf and skate culture. Featured in the shoe's artistic collage are stars, sharks, and other sea wildlife paying homage to Southern California. There’s also an black mamba featured on the forefoot.